Salix purpurea L. is a Central European species that is, however, commonly cultivated as an ornamental plant in northern Europe. The species is easily identifiable due to its narrow leaves that are glabrous and blue-green above. S. purpurea grows as a large shrub up to 2.5 meters in height, but can become a small tree. In its native range, it mainly grows in river valleys and along the banks of rapidly-flowing streams in the mountains. 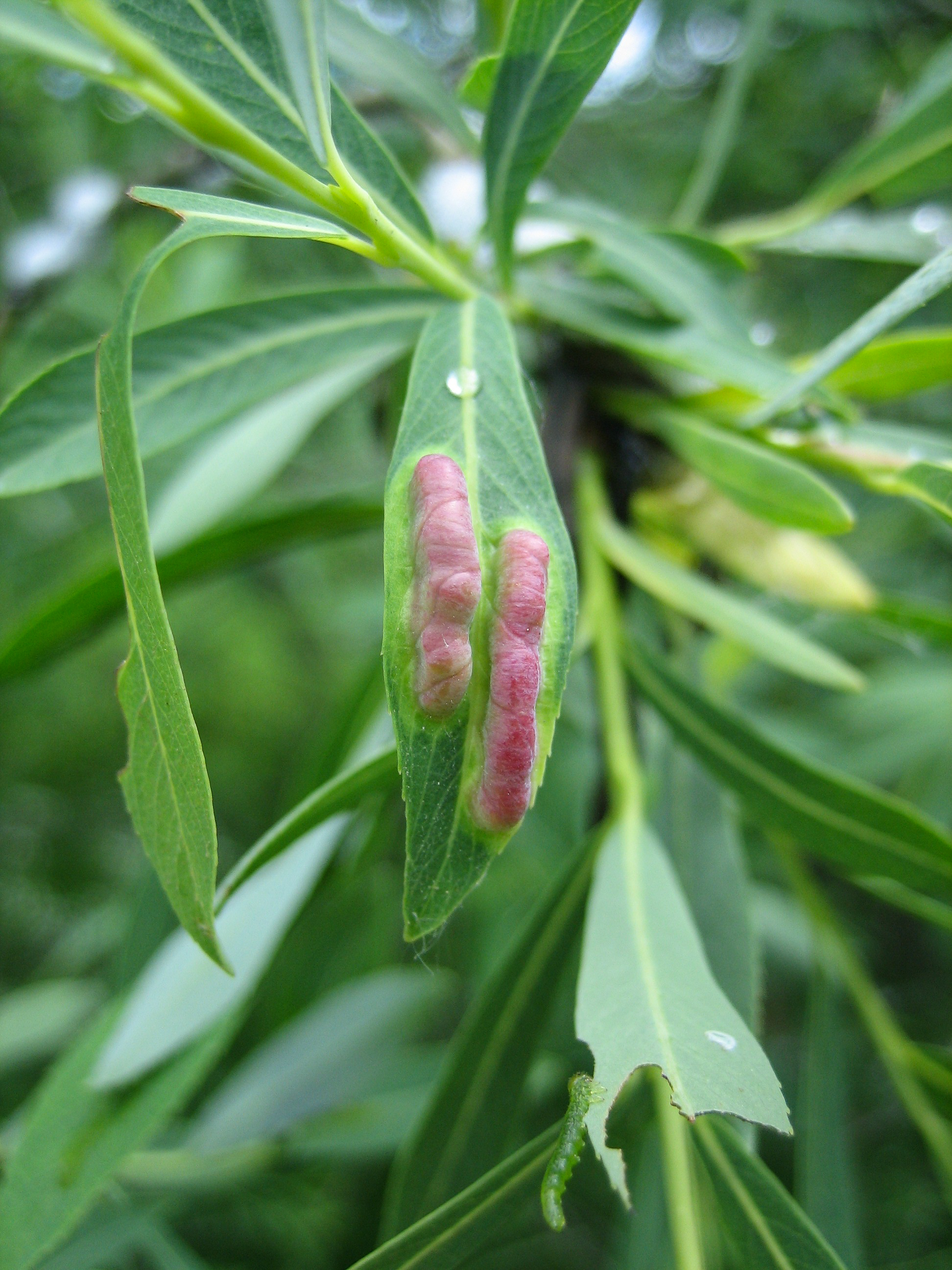 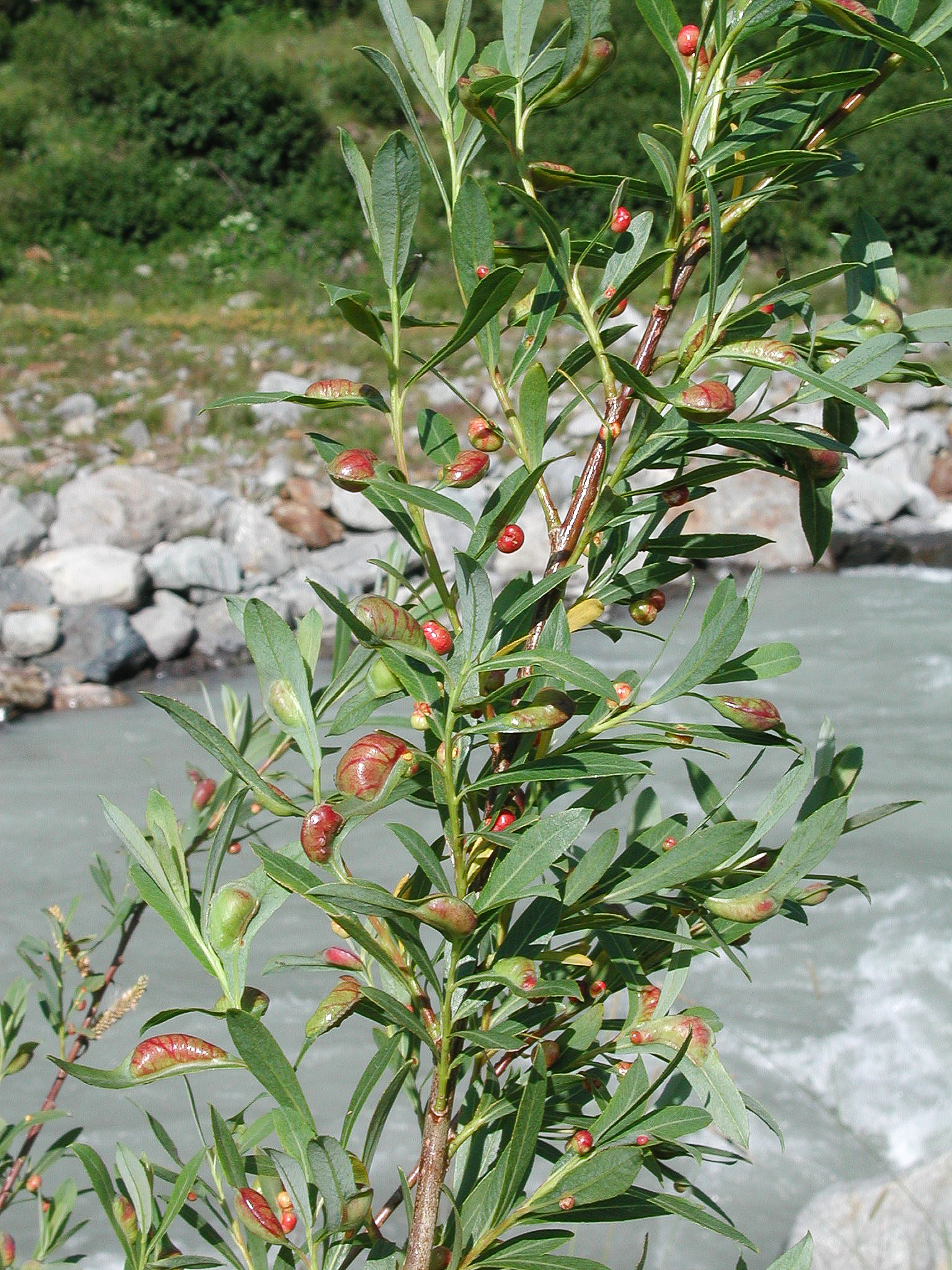 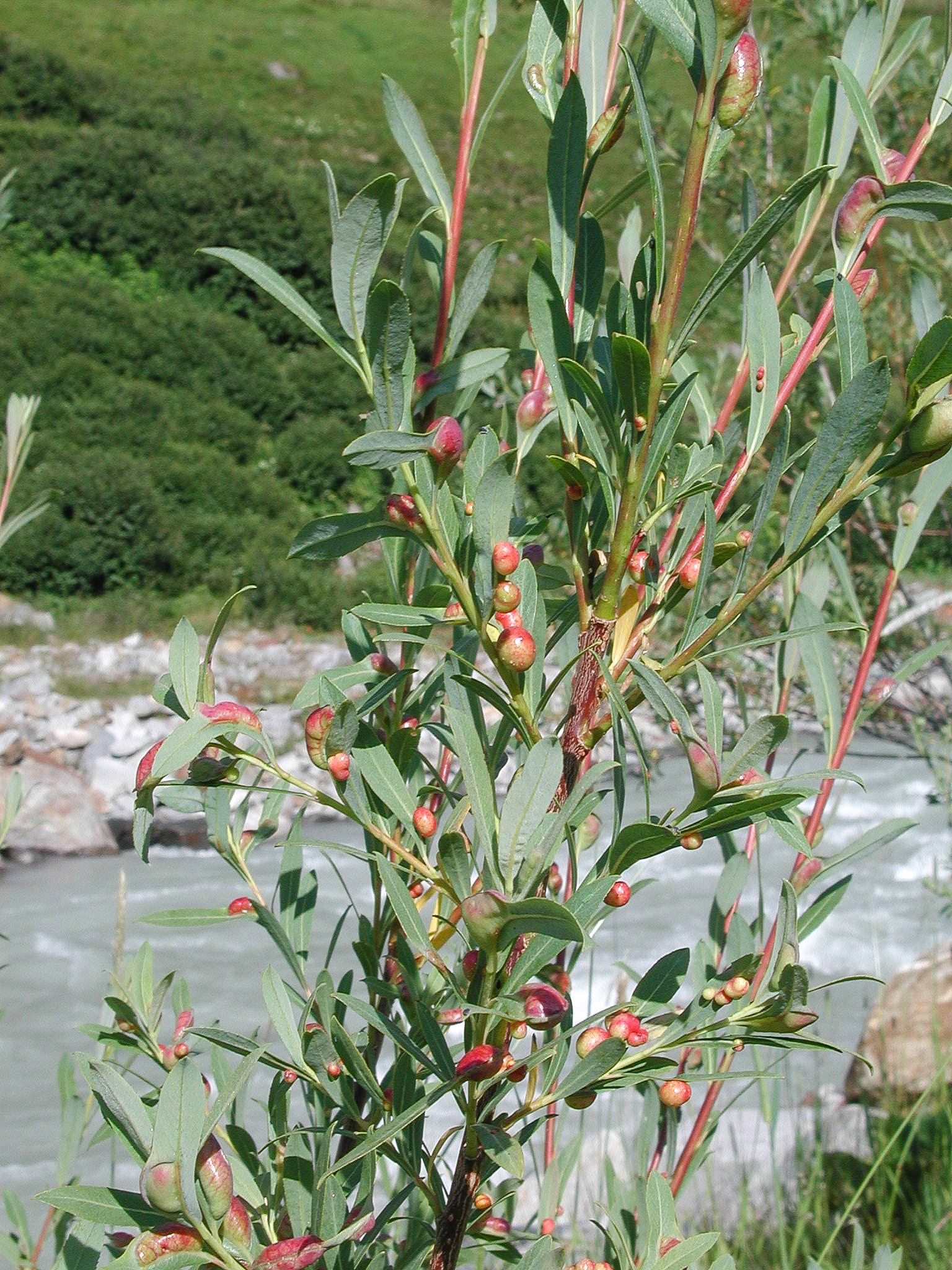 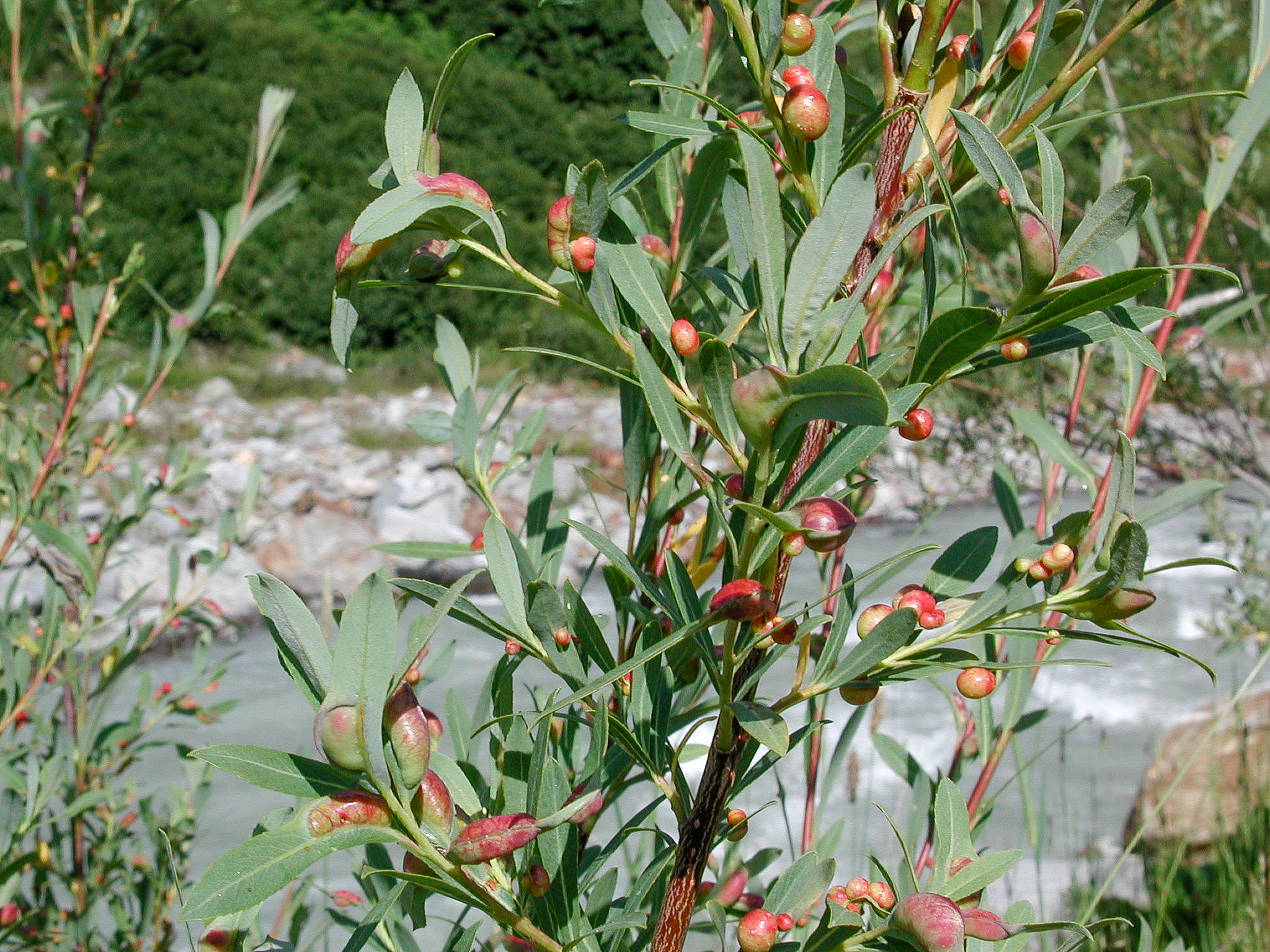 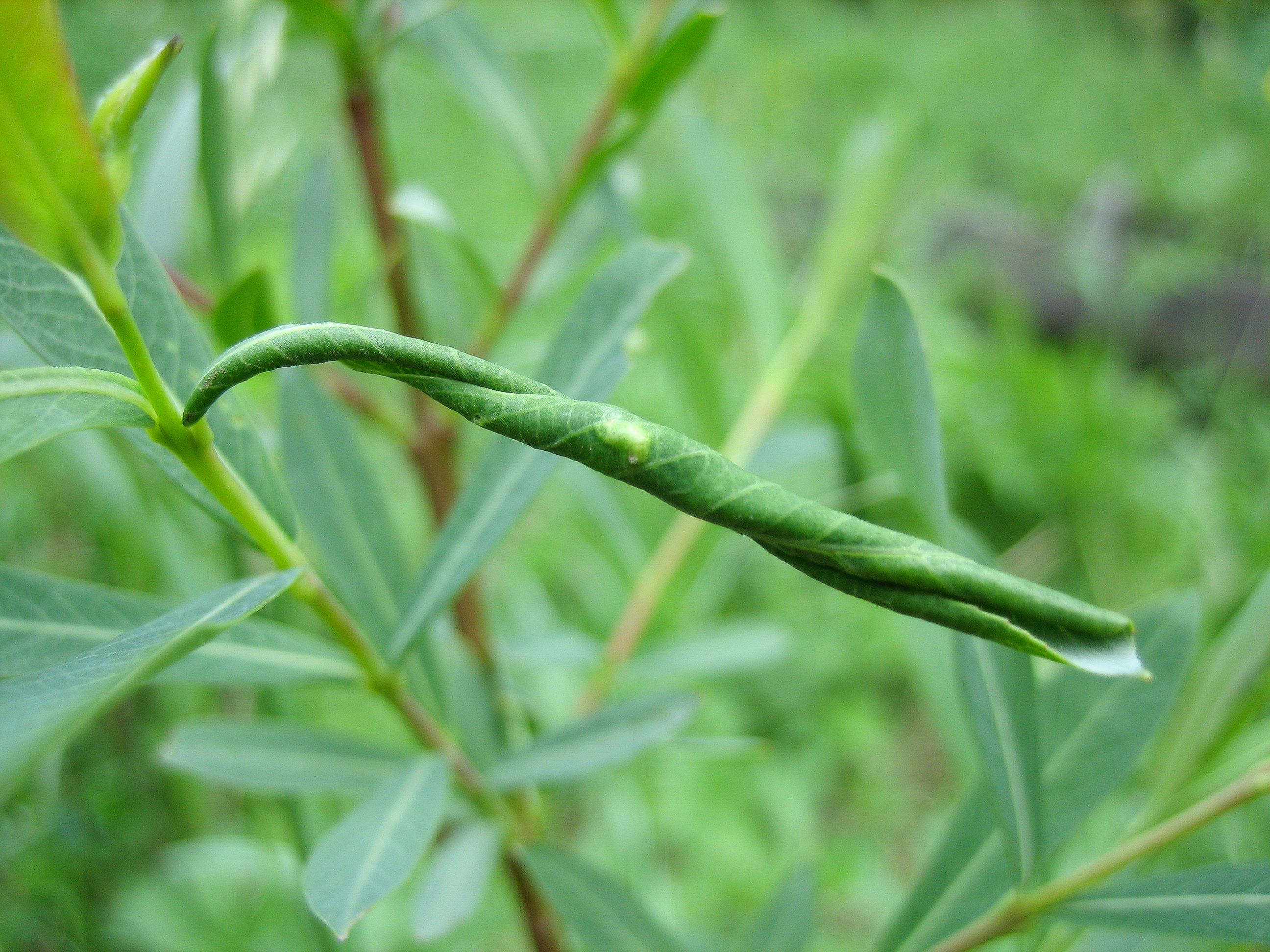 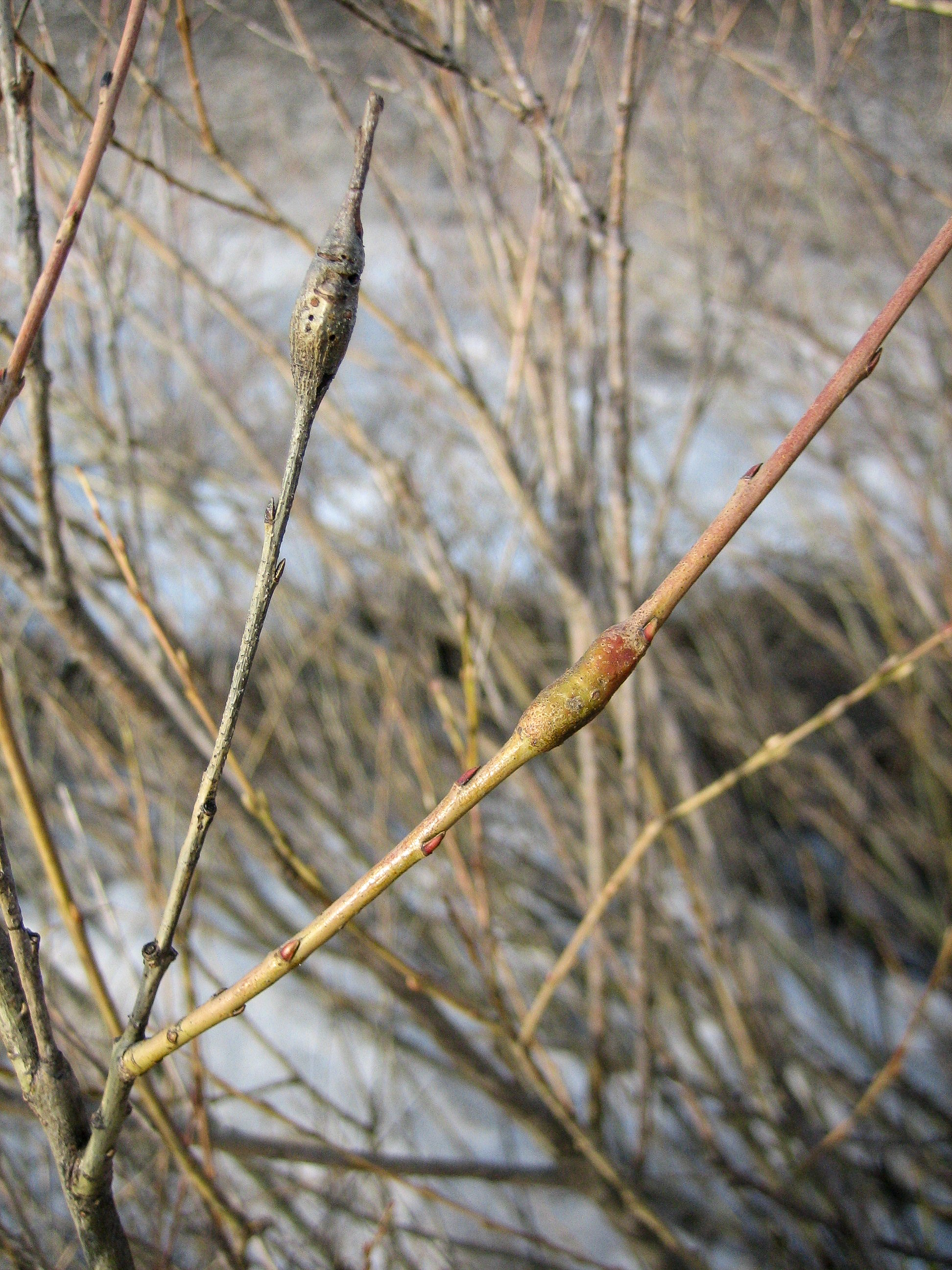 The leaves of S. purpurea are of variable length, but are typically narrow, with the widest part near the tip. The leaves are glabrous, relatively thick, and characteristically blueish-green above and pale green below. Leaf margins are entire near the base but often irregularly serrated towards the tip.

Current-year shoots are glabrous and green or red, with small buds and no stipules at petiole bases.

Flowering commences before leafburst, and both male and female inflorescences as well as mature catkins have only very short stalks. The inflorescences and mature catkins are short and narrow, and grow alongside shoots in an erect position. Bracts are black. In male flowers, the two filaments of stamens are fused below the anthers.

In northern Europe, S. purpurea is present only as a cultivated plant close to human settlements. Numerous different herbivore groups in Lepidoptera, Coleoptera, Diptera, and Hymenoptera are associated with S. purpurea in Central Europe, and some of them, such as a few specialist gall-inducing sawflies, are known to have made it to at least southern Finland alongside their translocated hosts. S. purpurea is pollinated by both wind and insects, but the insect pollinator community is thus far poorly characterized.