Salix phylicifolia L. is one of the most common willow species in the north, and is the quintessential "every-place-willow" growing in all kinds of moist environments such as field edges, shorelines of lakes and streams, and clearcuts and roadsides. Individual plants are typically 0.5–2 metres in height, but can grow taller at sites with a lot of nutrients in the soil, such as around cultivated or abandoned fields. Various subspecies of S. phylicifolia are present throughout the northern half of the Holarctic region. 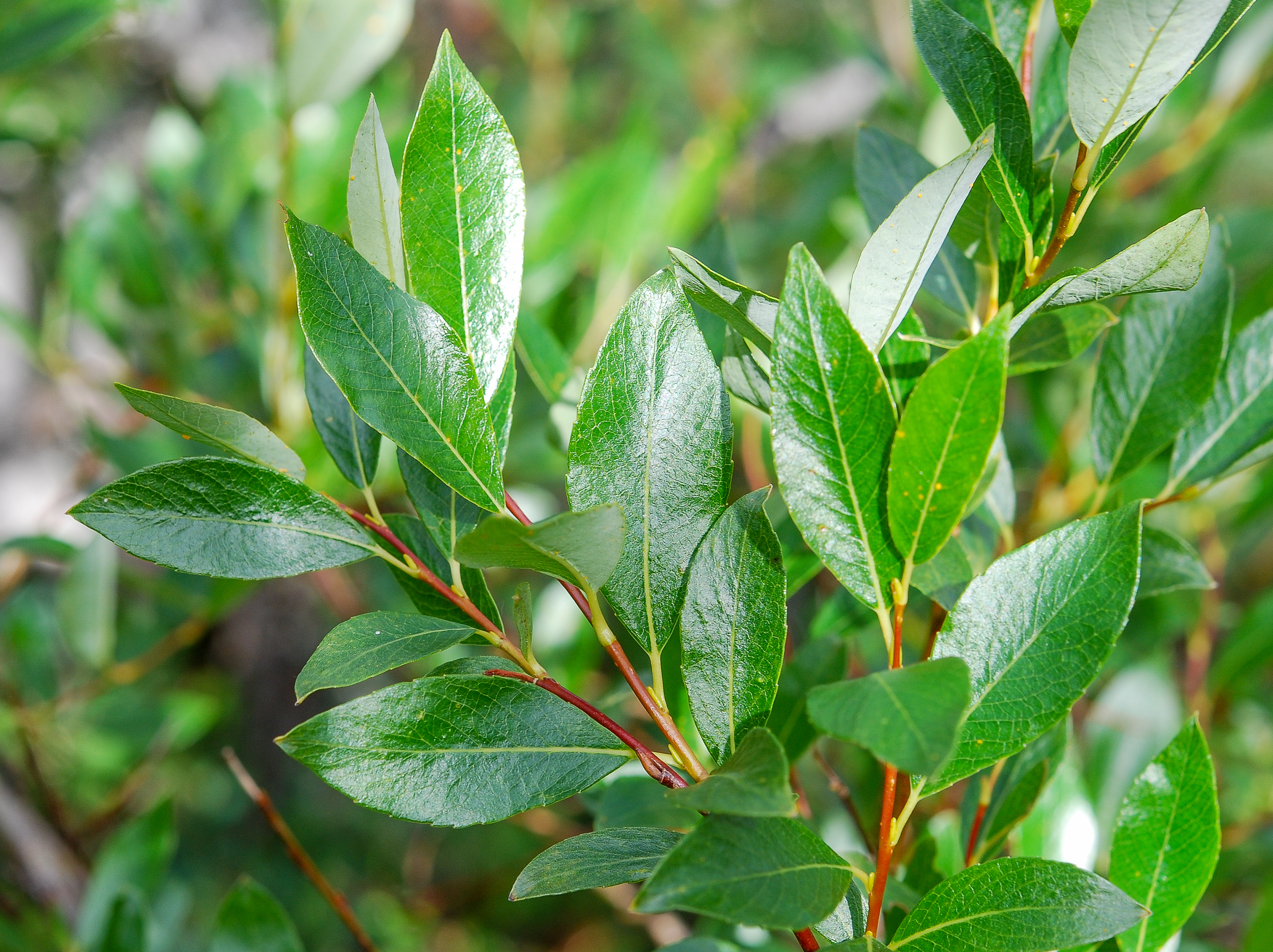 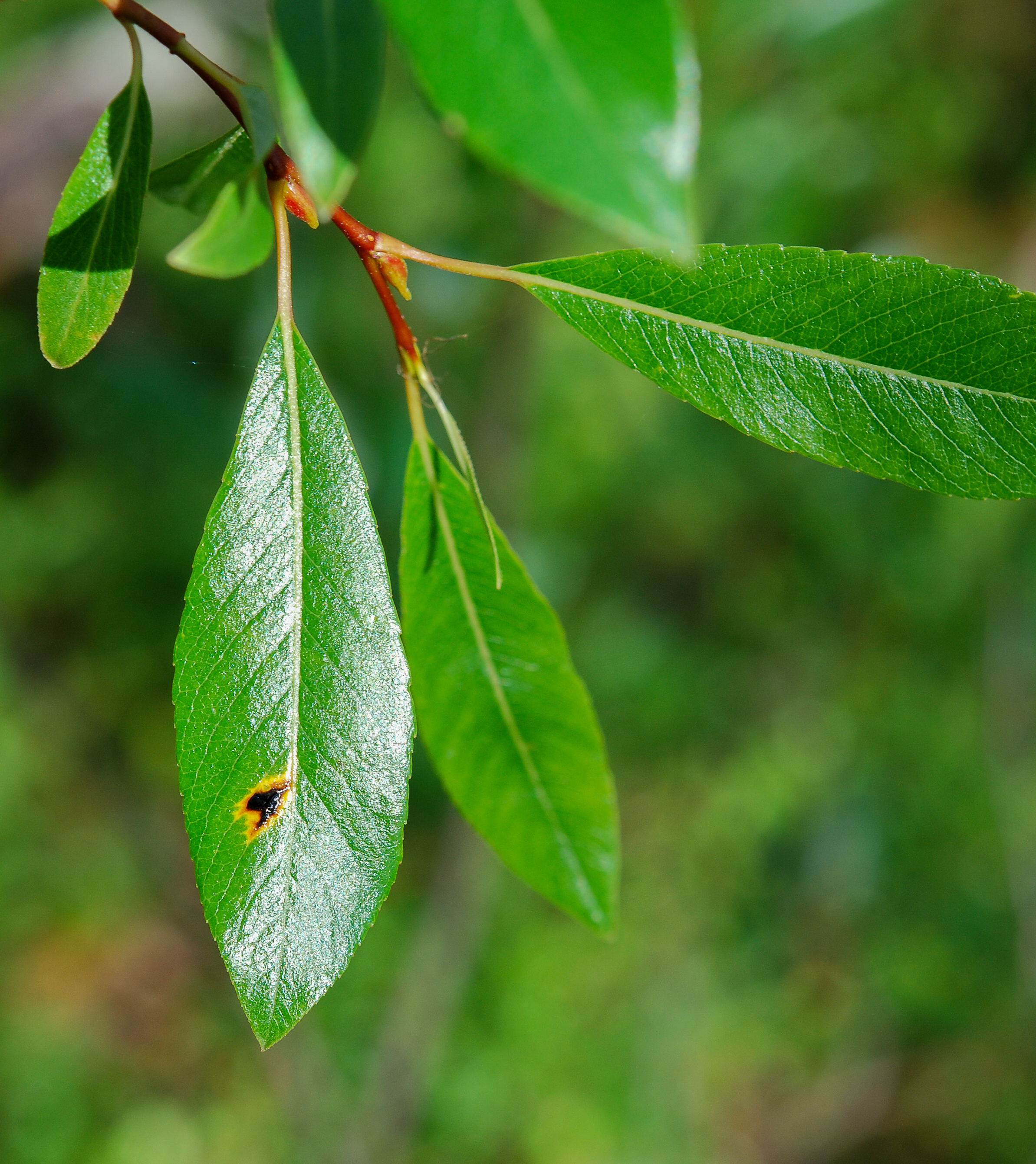 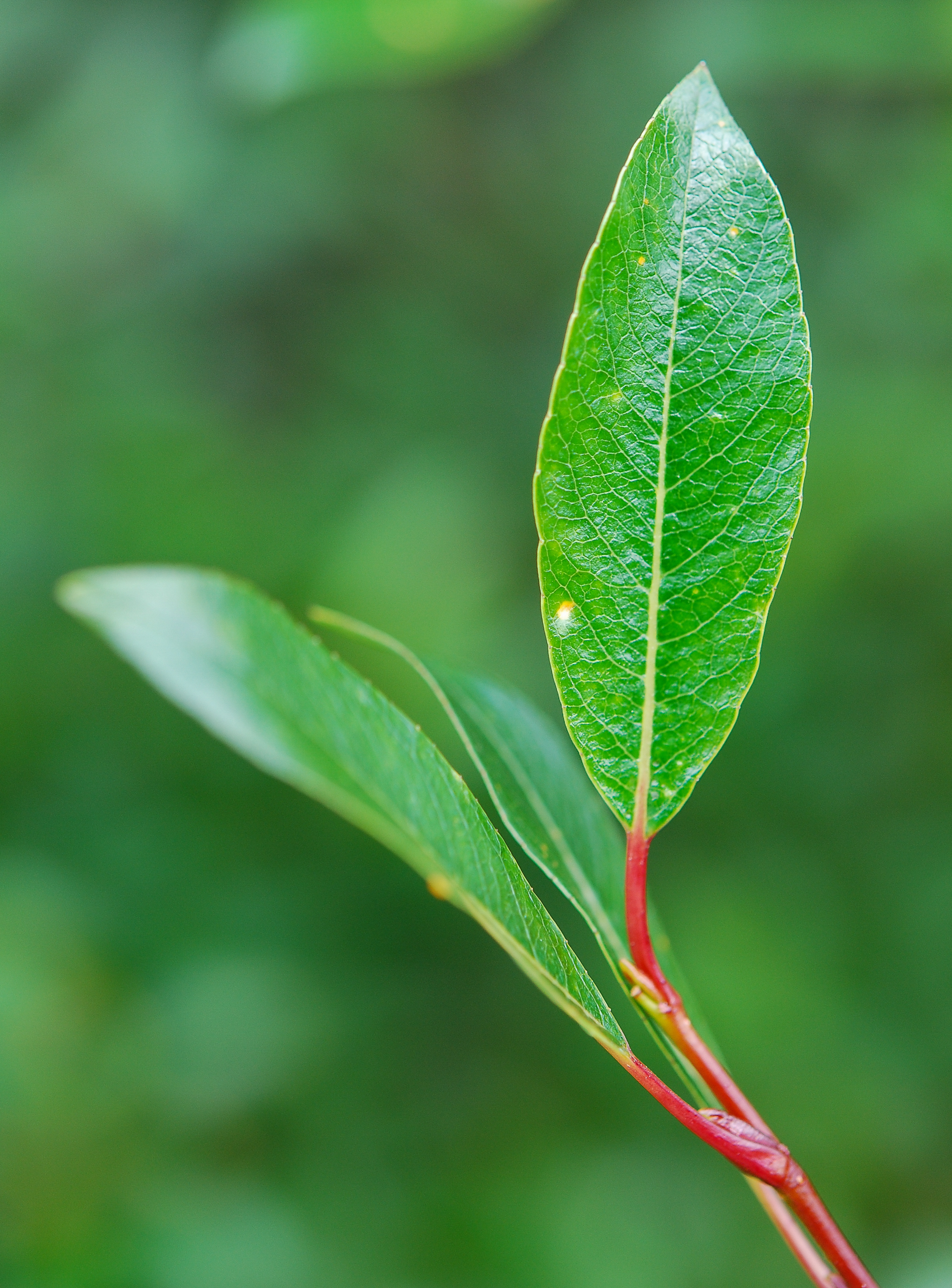 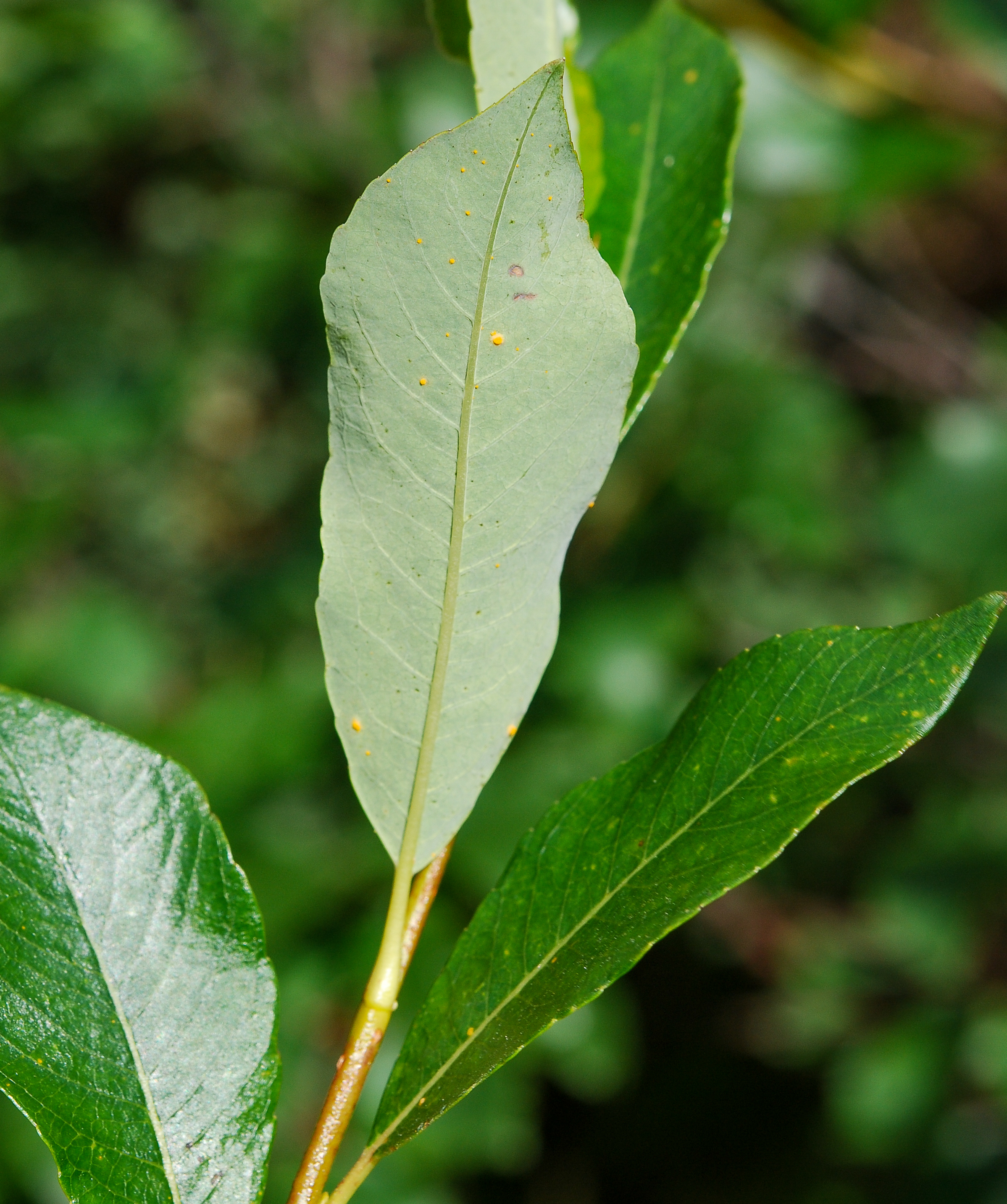 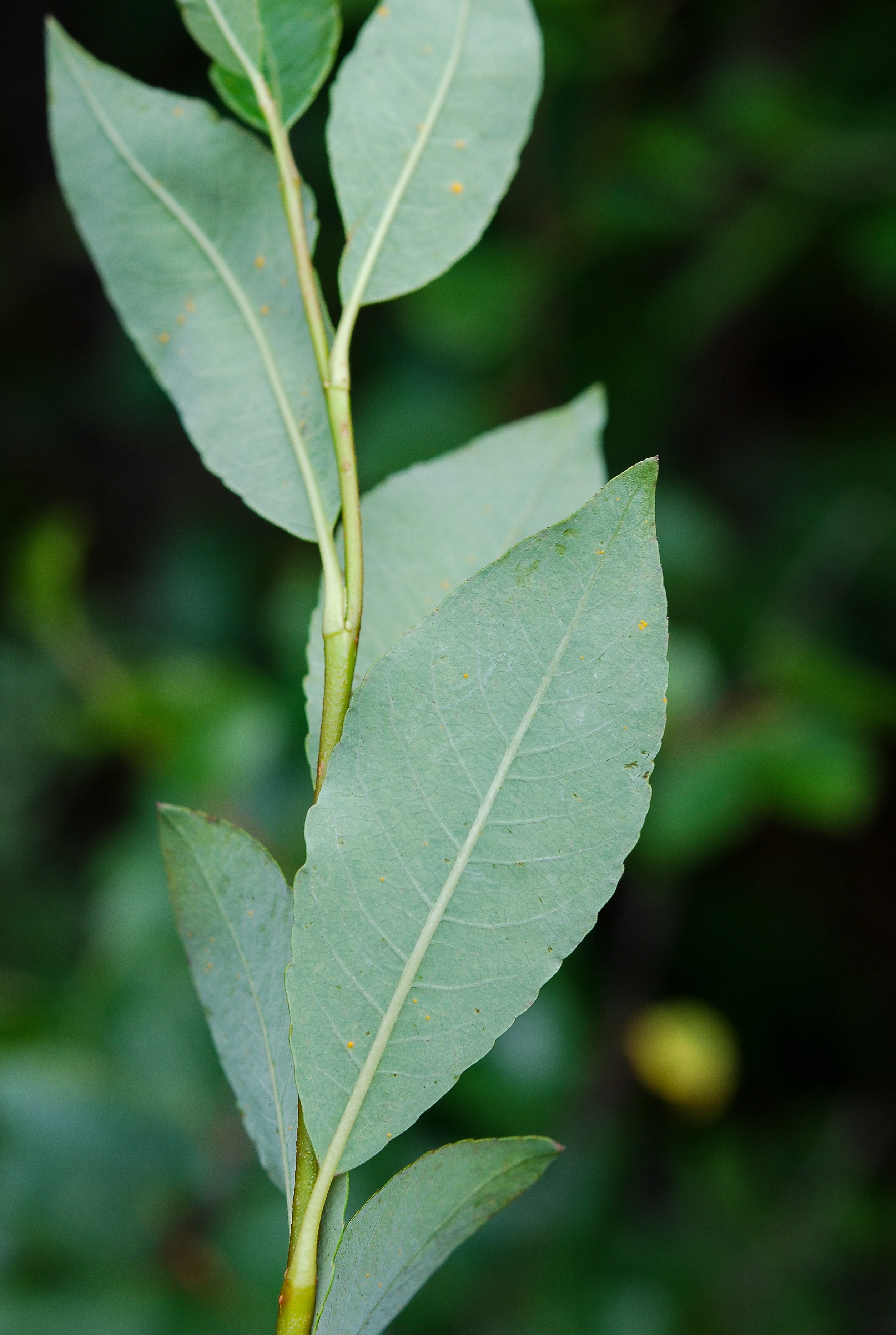 Fully-grown S. phylicifolia leaves are shining green on the upperside and greenish-grey on the underside, but young, partially opened leaves may be green on both sides. The releatively thin leaves have blunt irregular dentition along the edges. The reddish-brown or yellowish-green shoots are glabrous (i.e., have no hairs or pubescence), and typically lack stipules at petiole bases around the small buds.

S. phylicifolia can be separated from S. myrsinifolia individuals that have unusually shiny leaf upper surfaces based on the glabrous shoots and the leaf undersides, which are grey in all leaves along shoots (current-year S. myrsinifolia shoots are hairy, and at least the lowest leaves along shoots are green underneath). S. pentandra leaves are shiny on both sides, and have a finer and more regular serration along the edges. 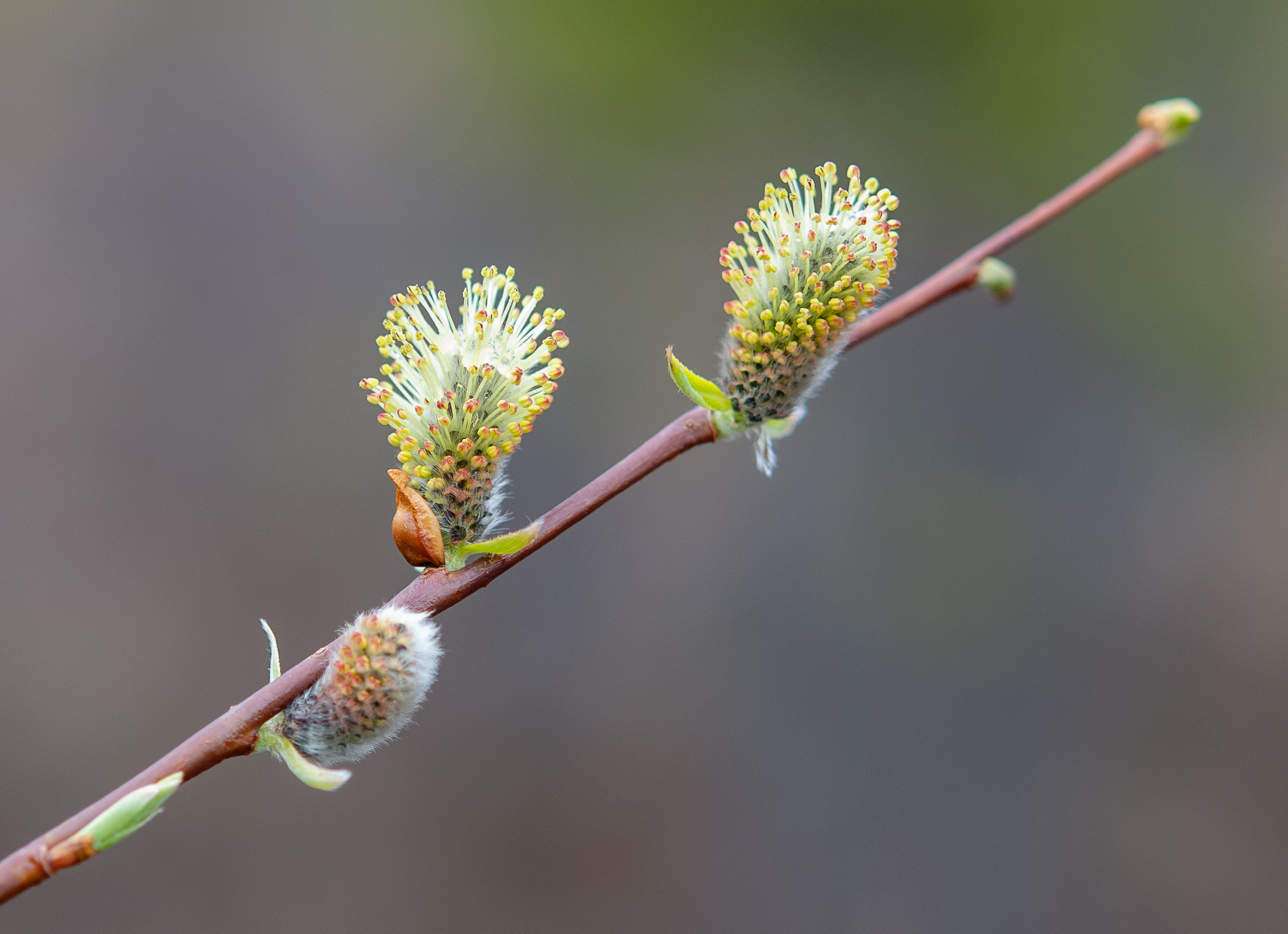 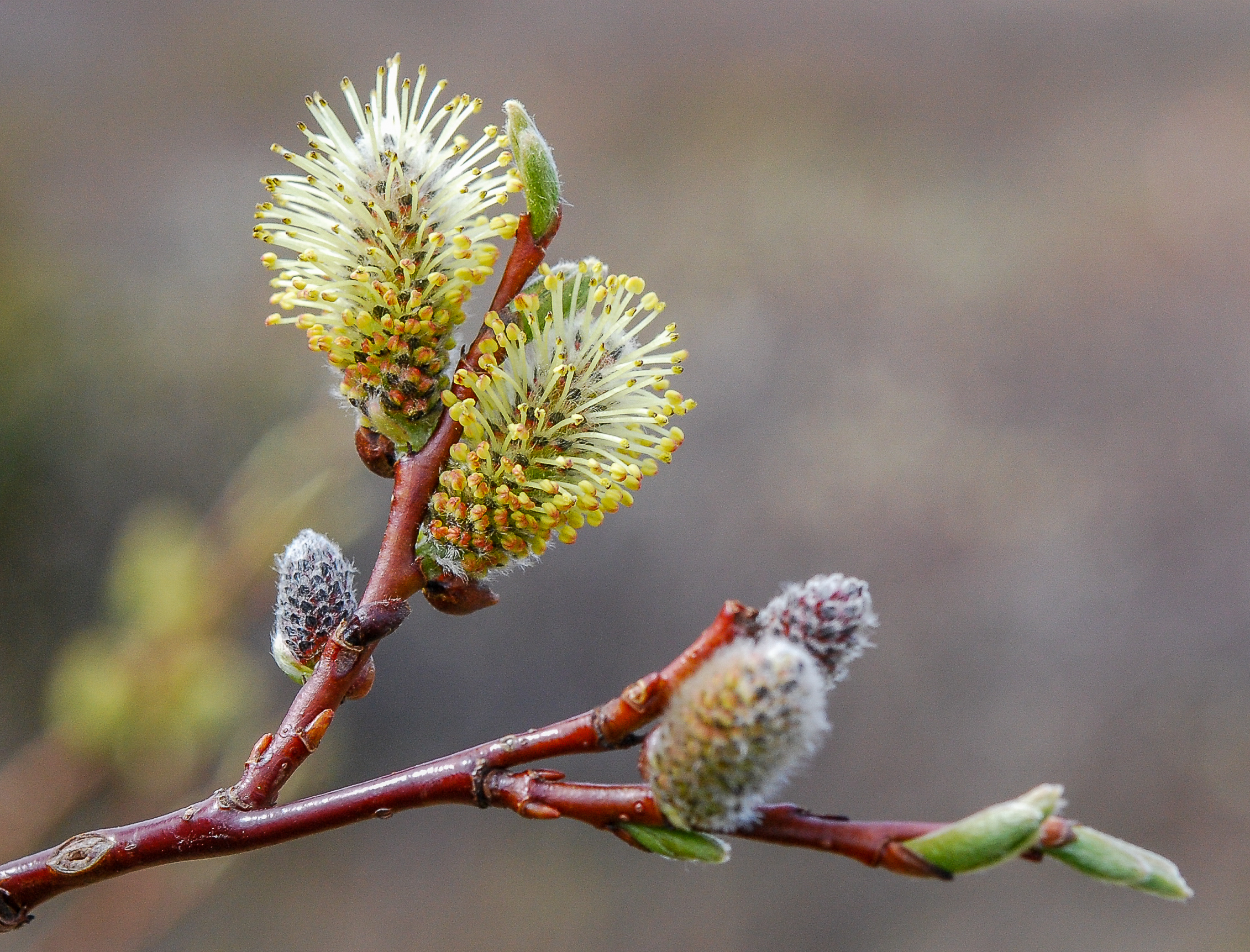 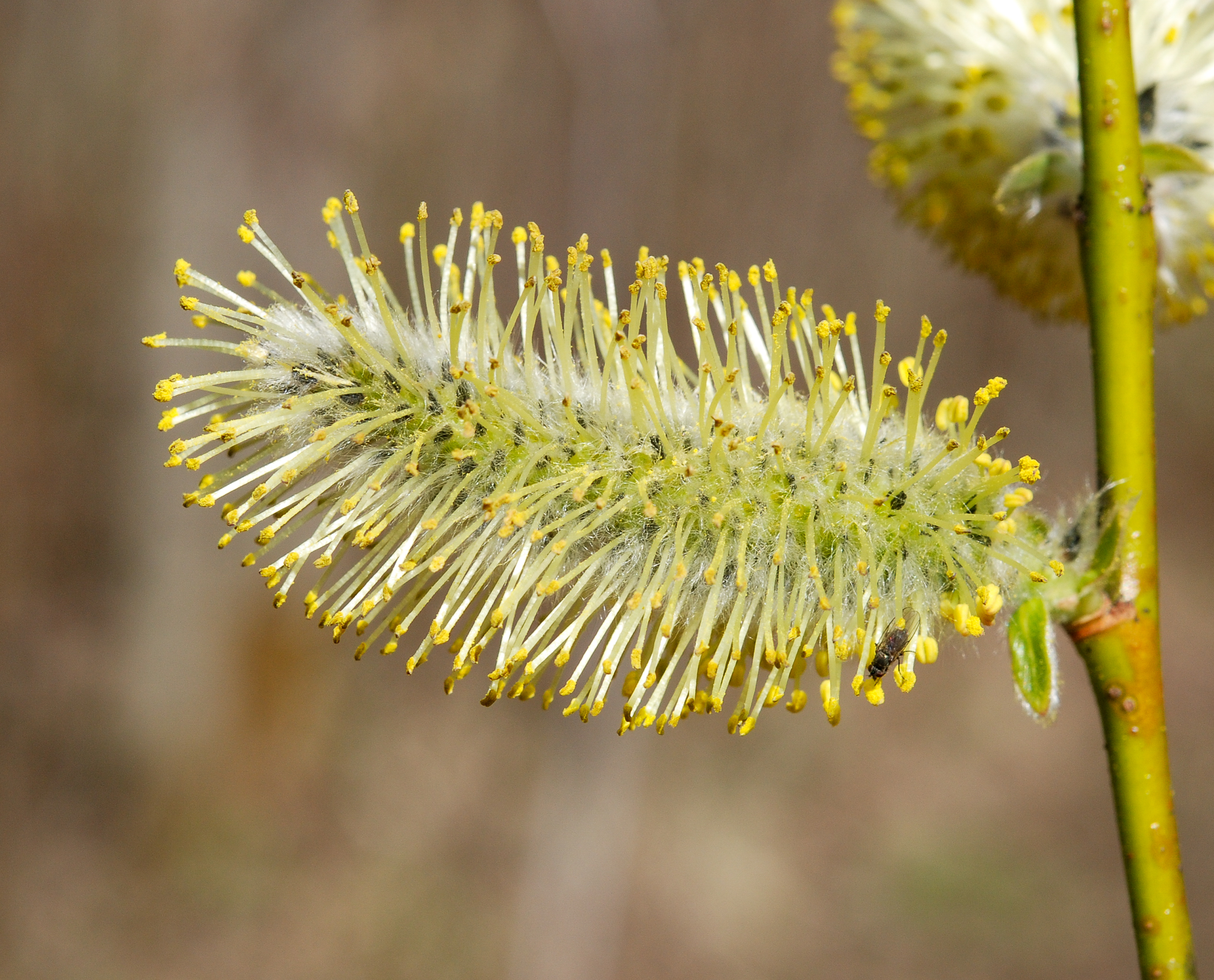 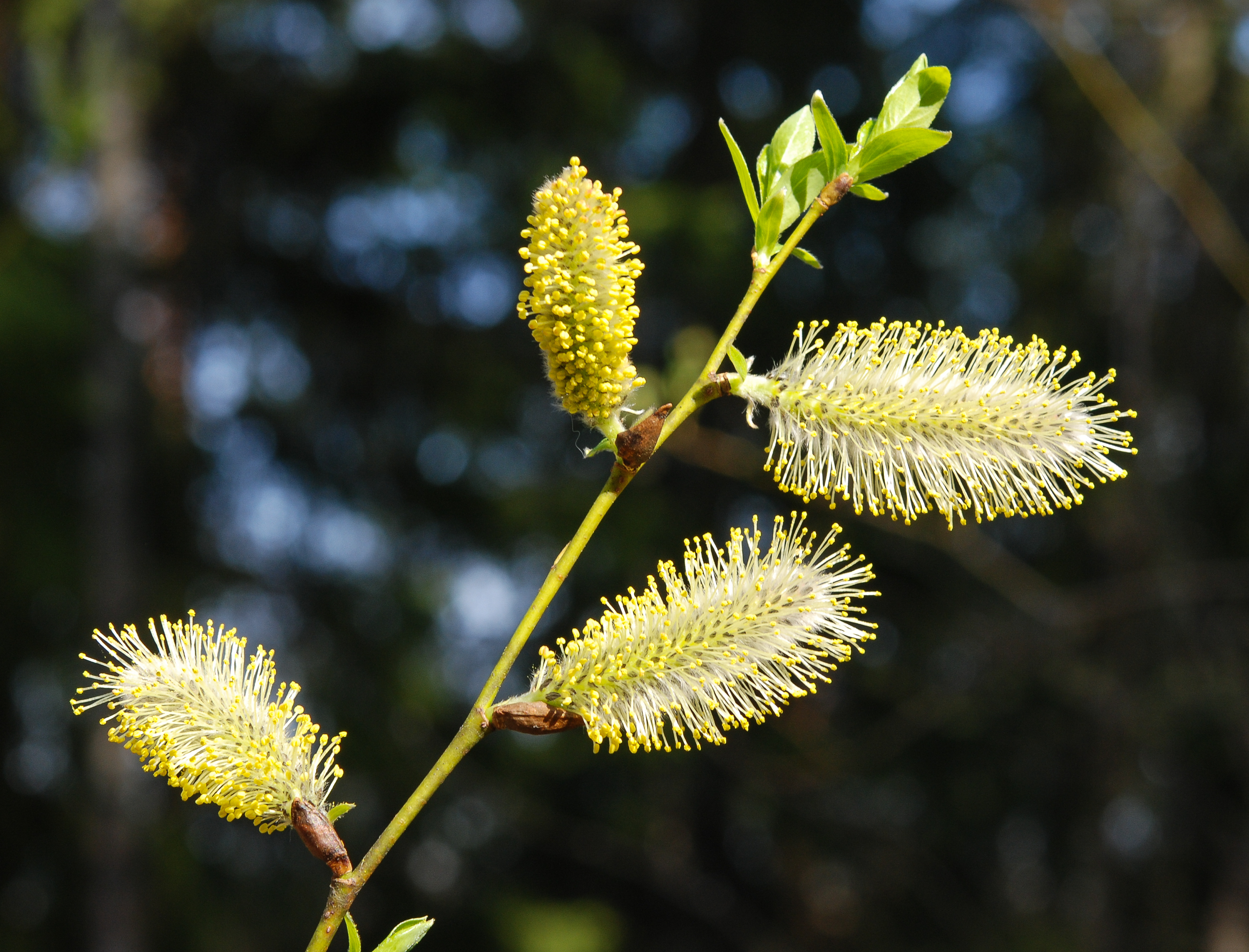 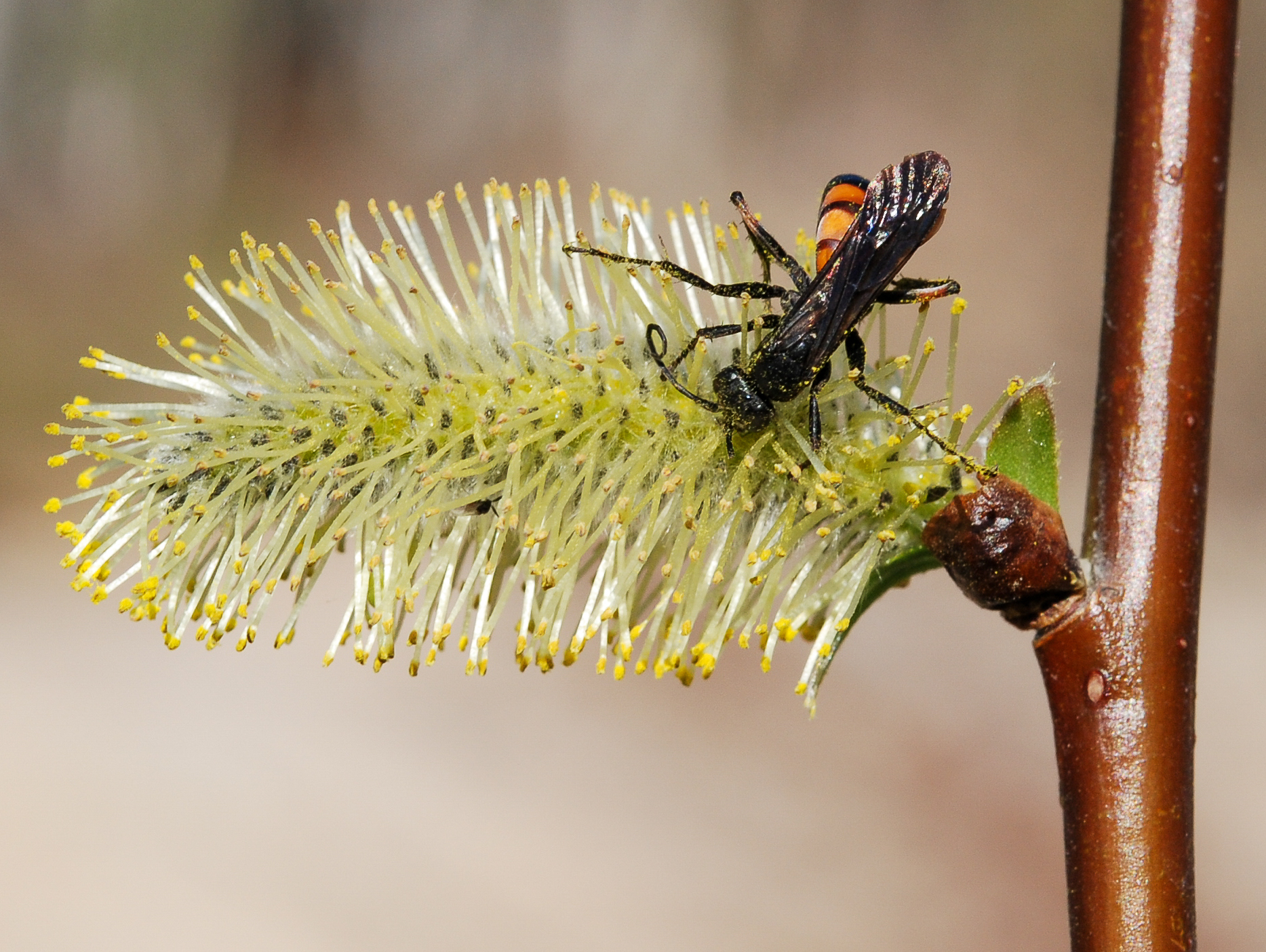 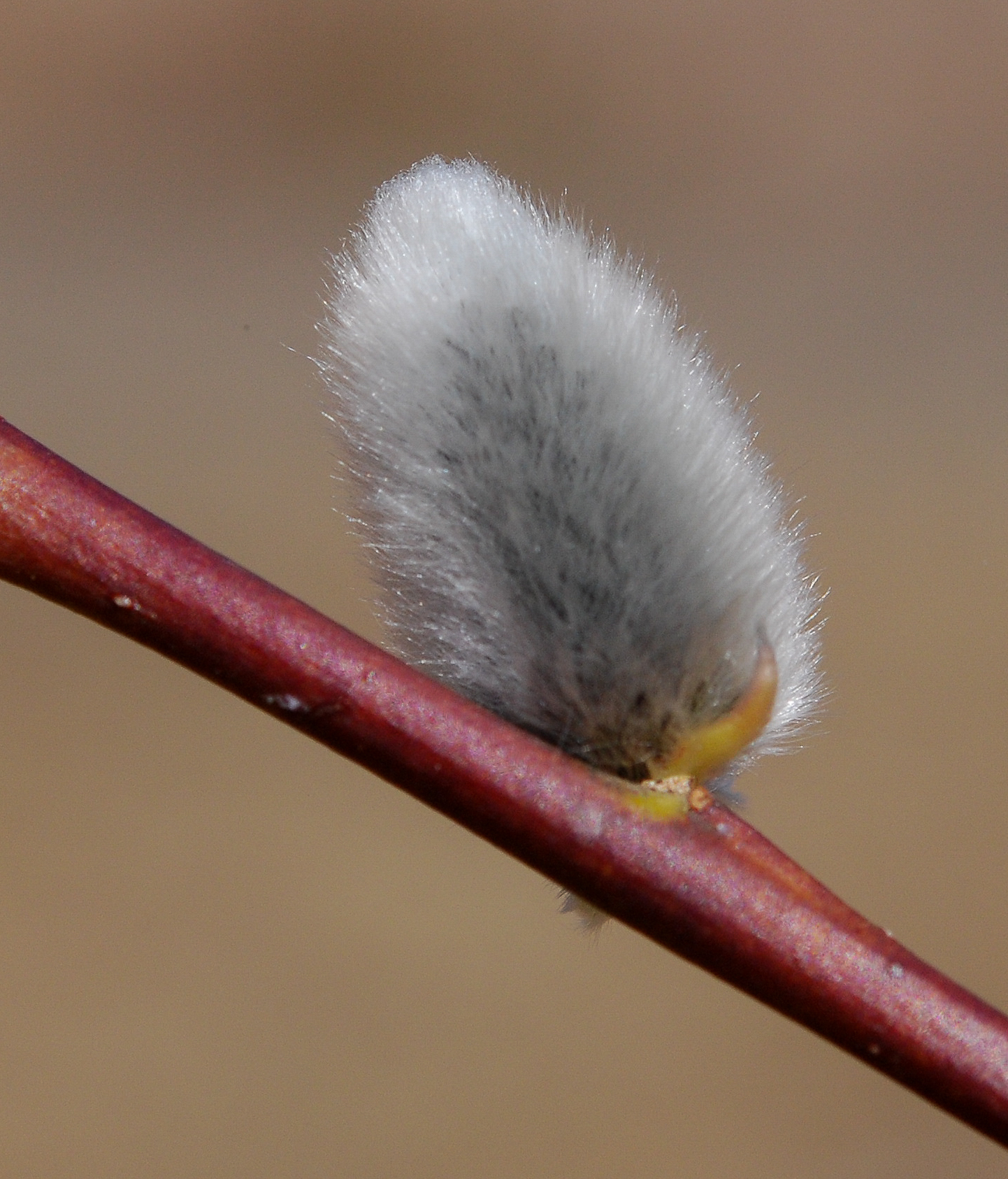 S. phylicifolia male inflorescences open early in the spring before leafburst. Inflorescence stalks are short and have no or 1–2 small leaves. Anthers are yellow or orange, and bracts are black at least at the tip. 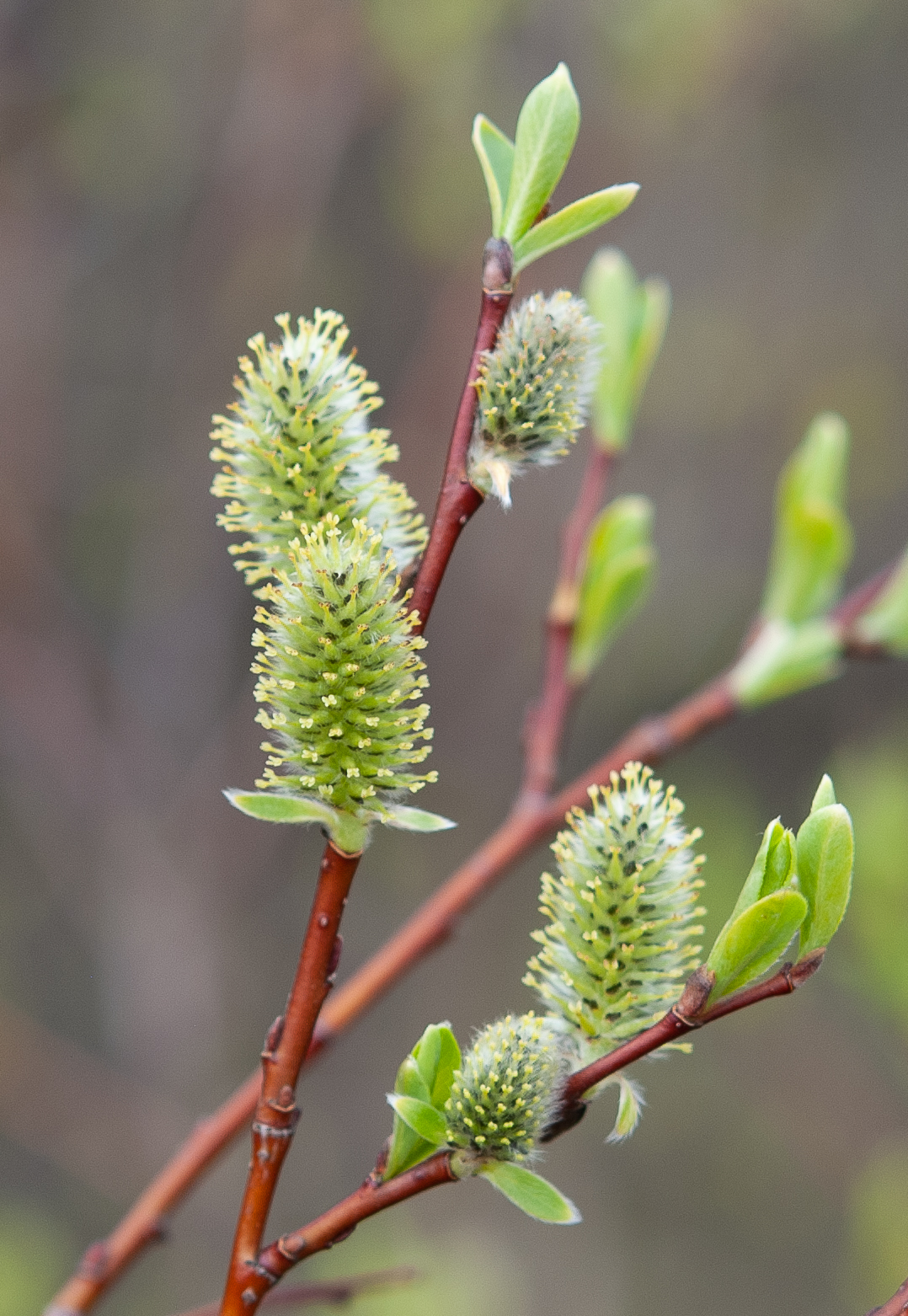 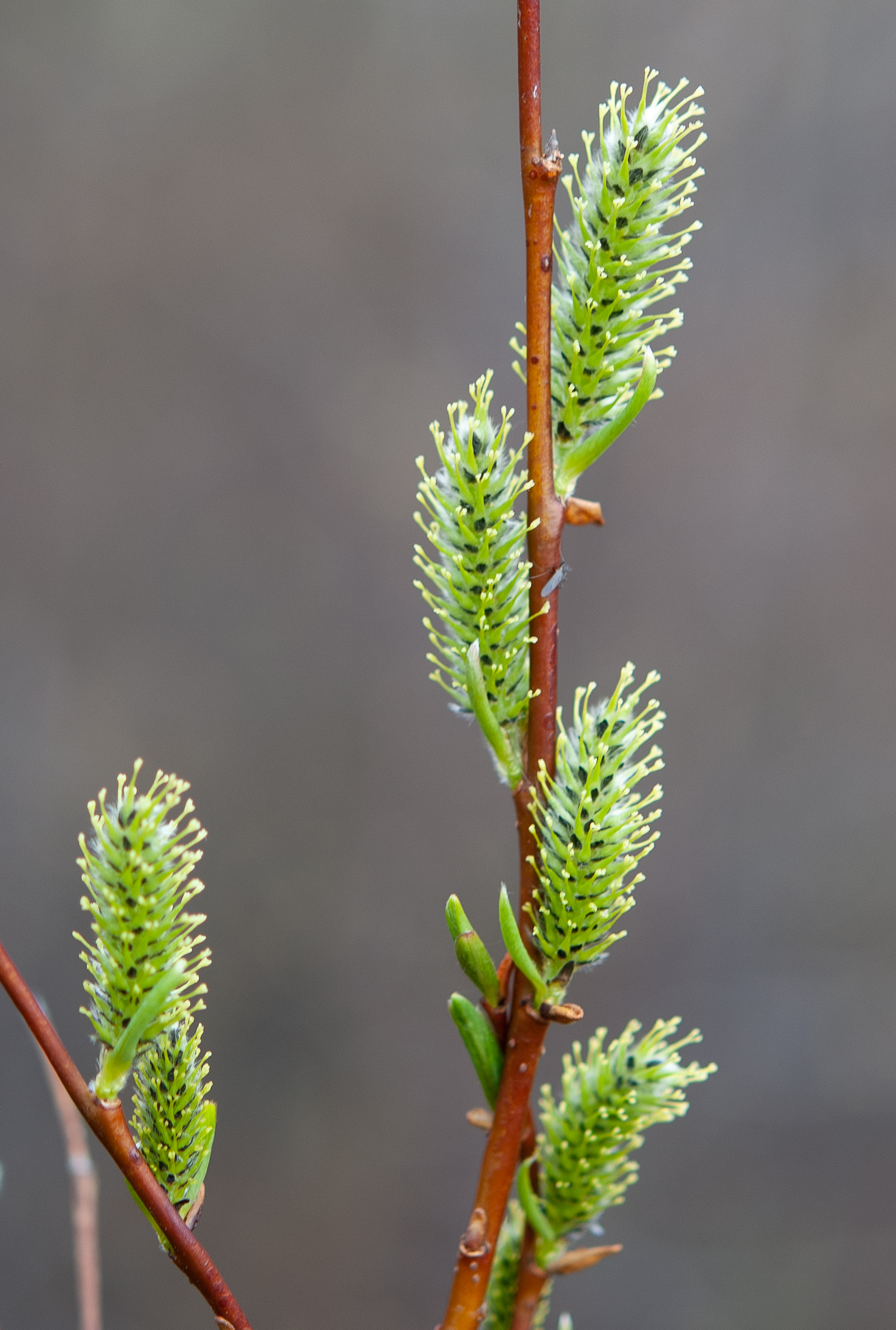 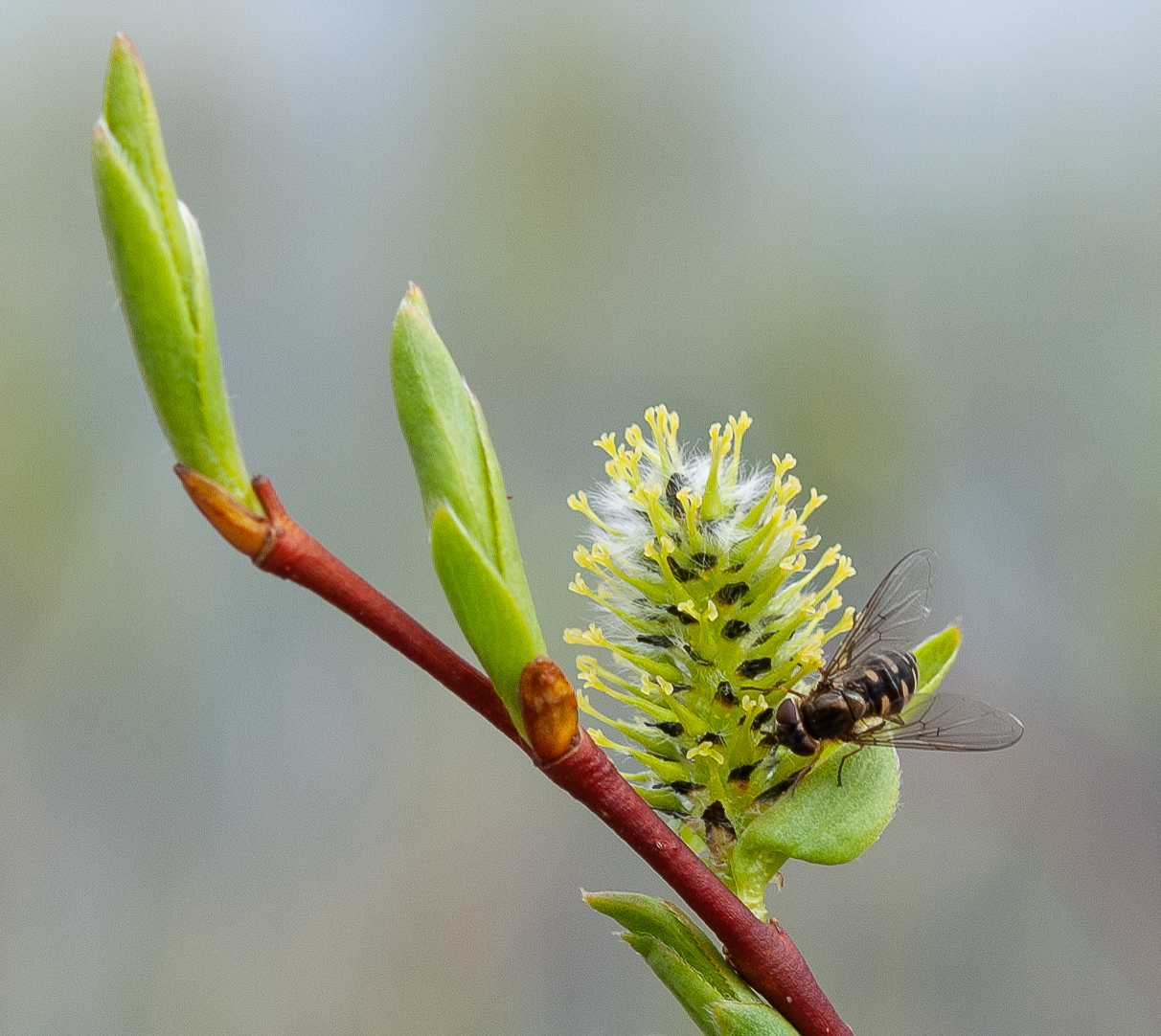 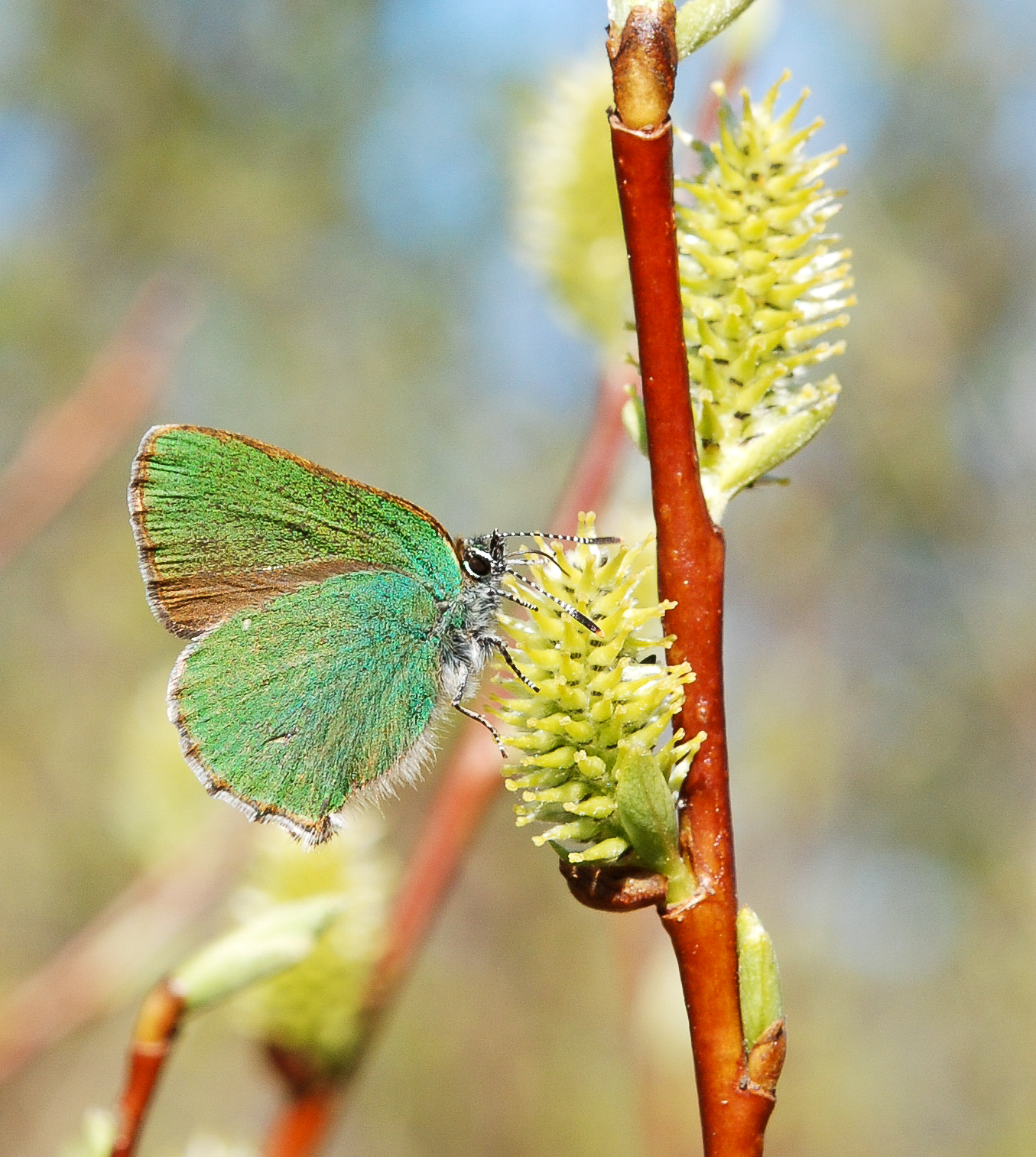 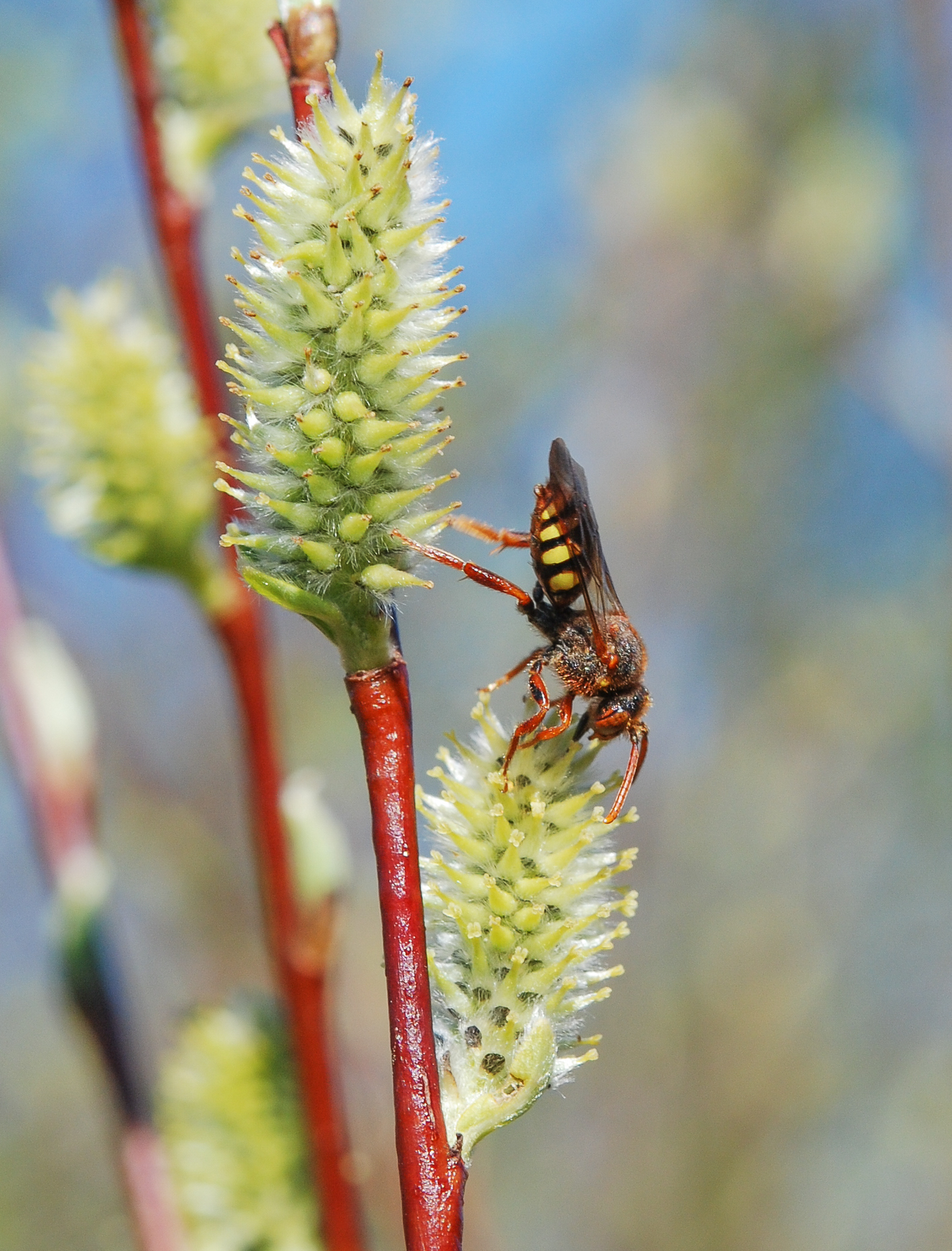 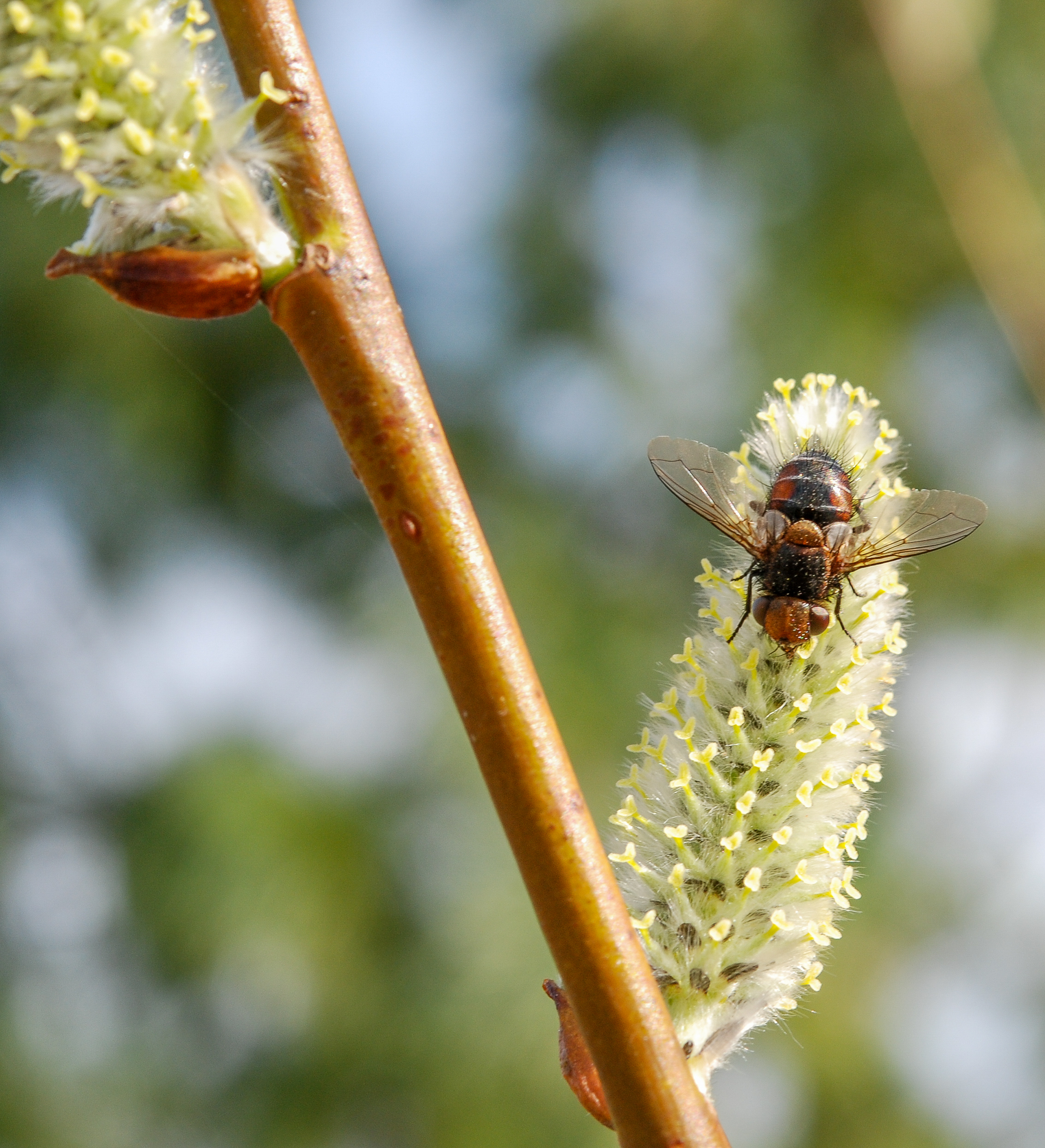 S. phylicifolia is an early-flowering species, so female inflorescences open before or during leafburst. Stigmas are greenish yellow, and at least the tips of the bracts are black. Inflorescences are supported by a short stalk with 0–2 small, pointy leaves. 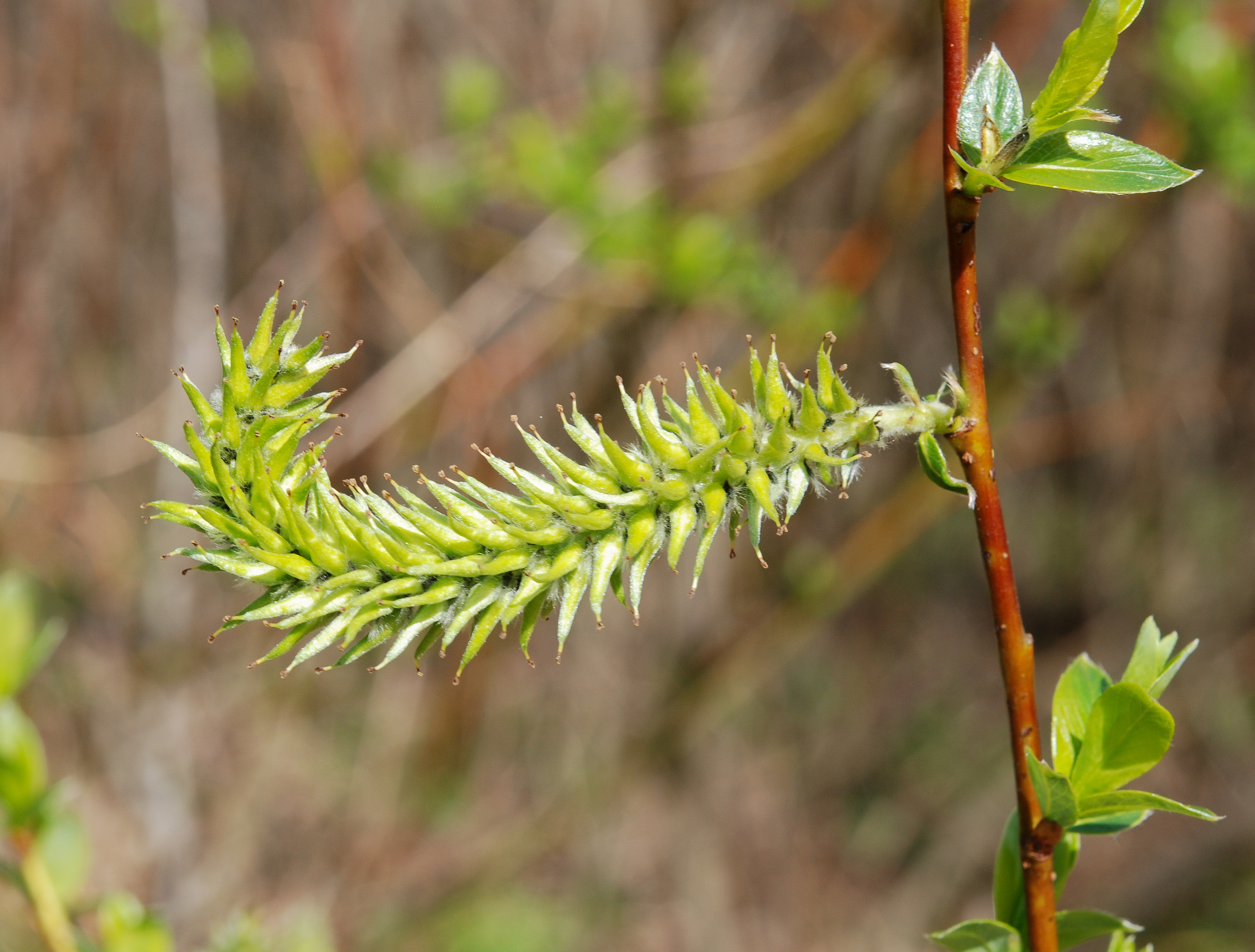 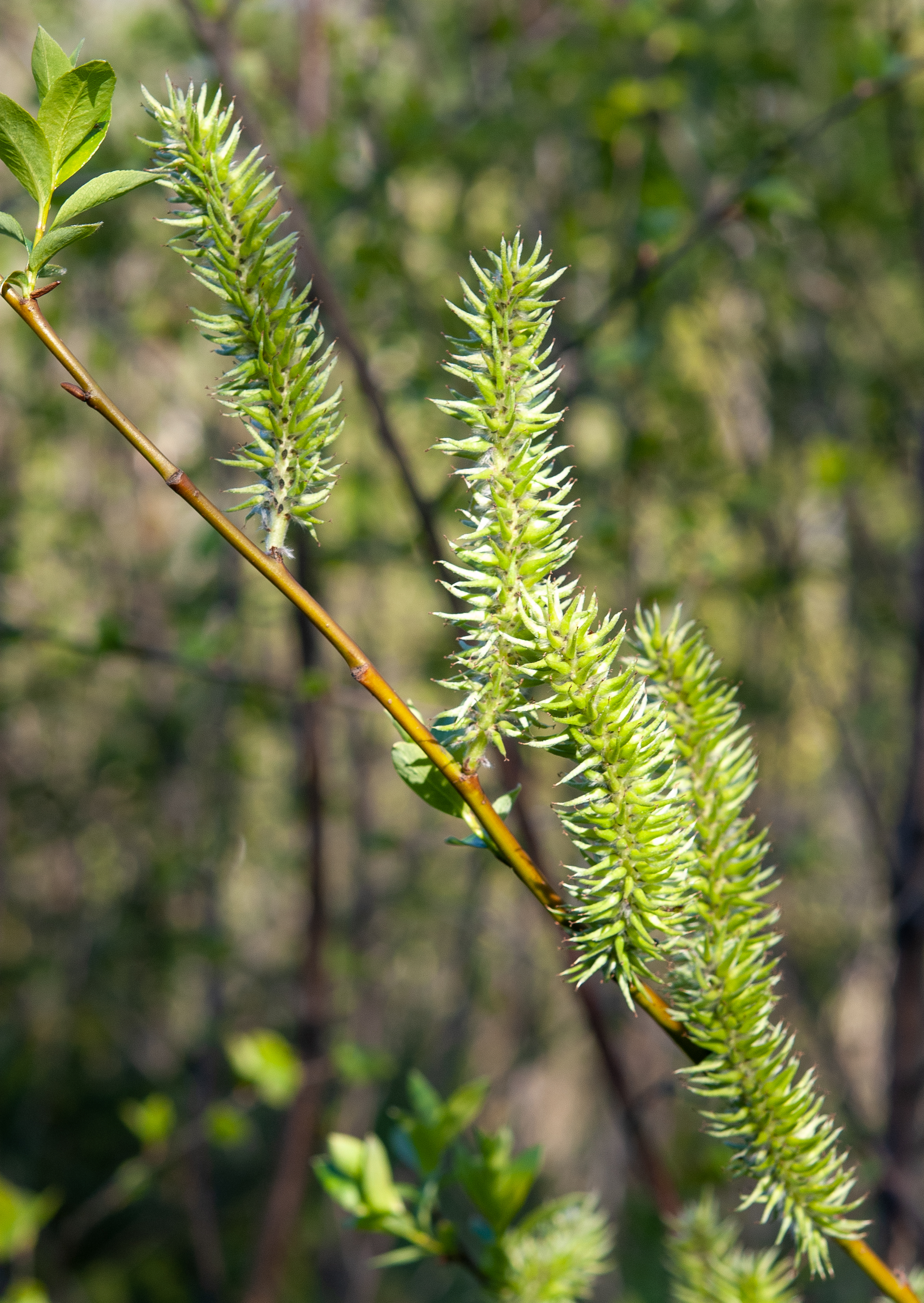 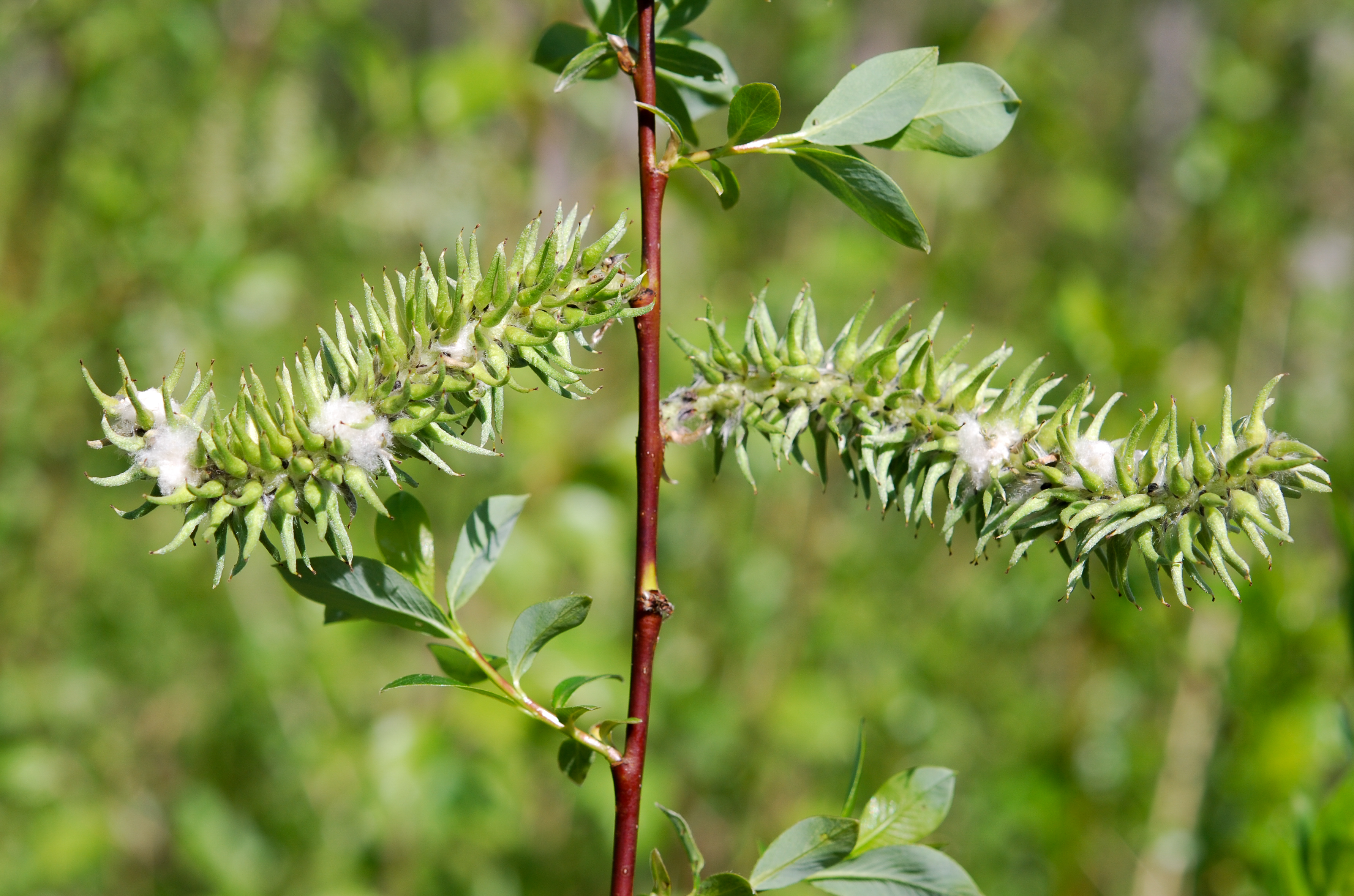 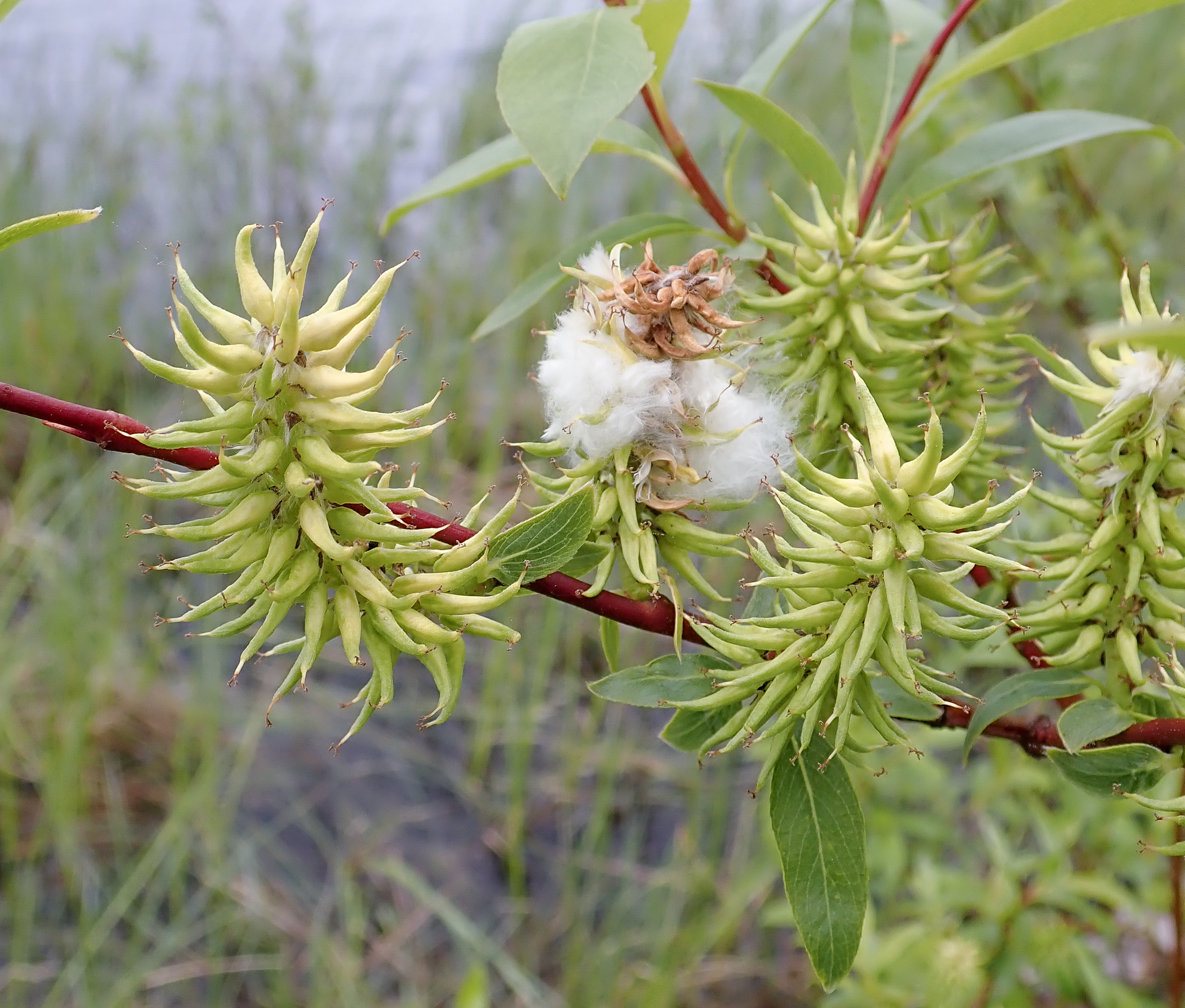 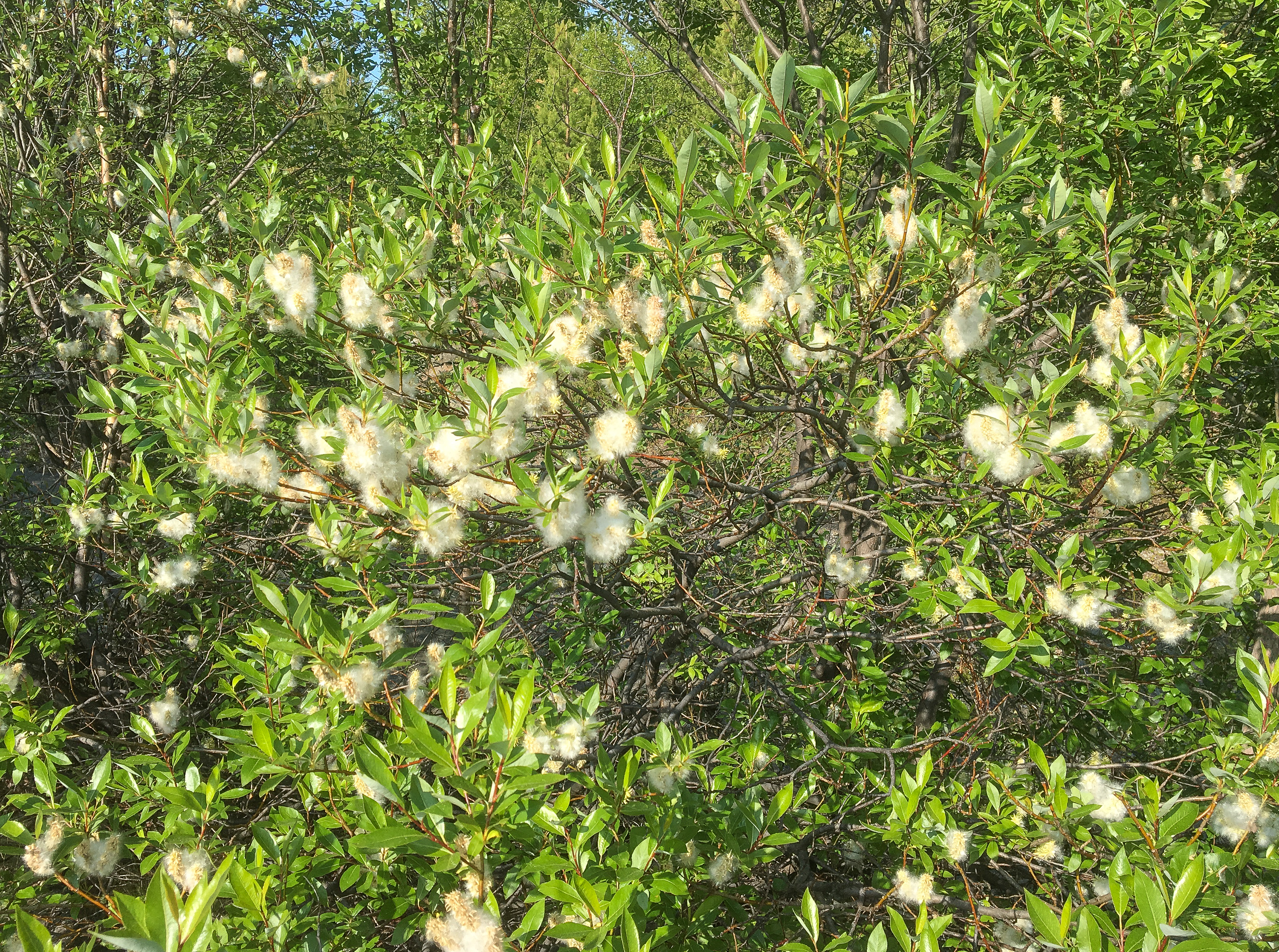 S. phylicifolia catkins are often very long, and the individual developing fruits are densely arranged along the central axis. The catkins are supported by a short stalk with 0–2 small leaves. 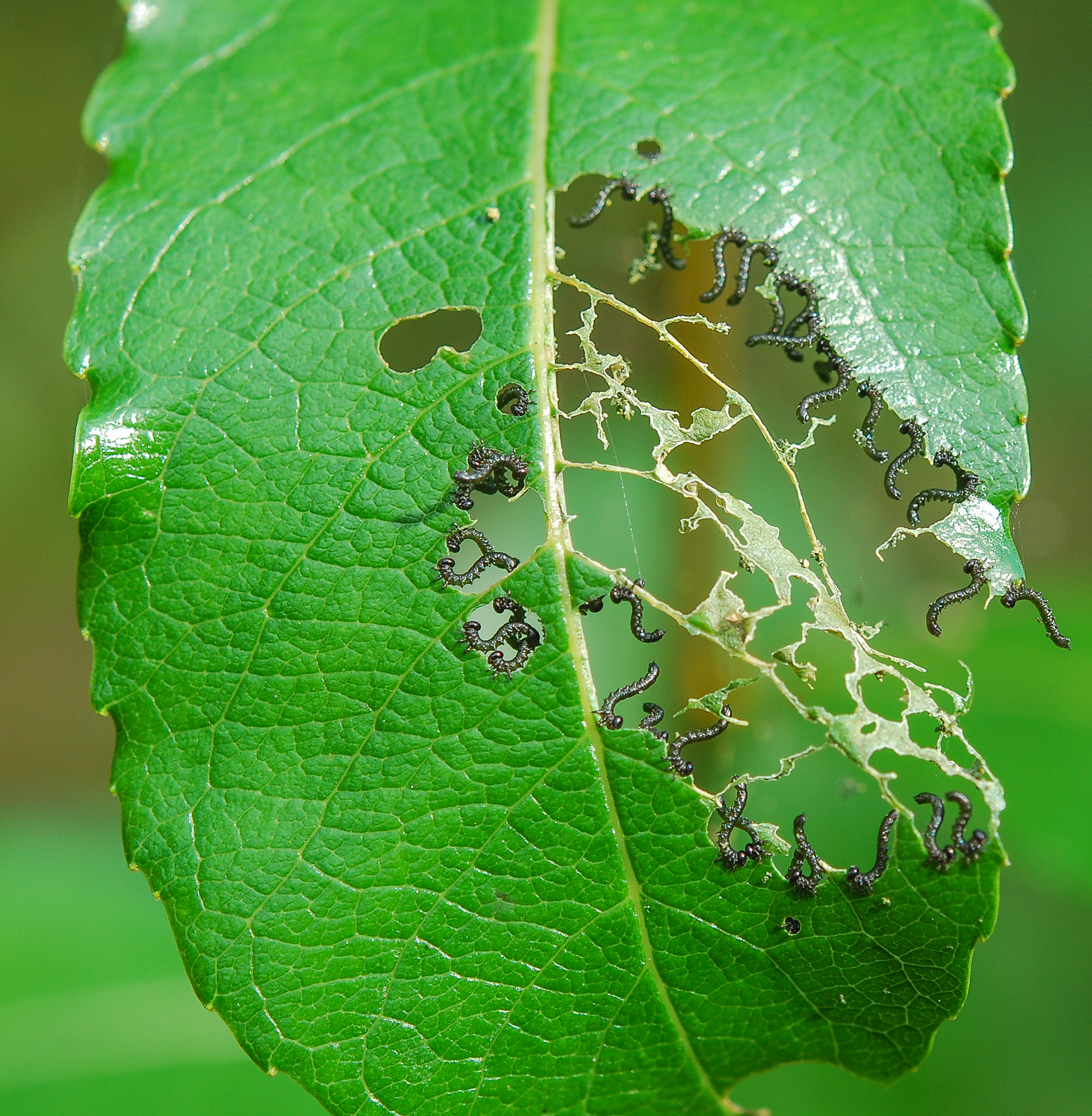 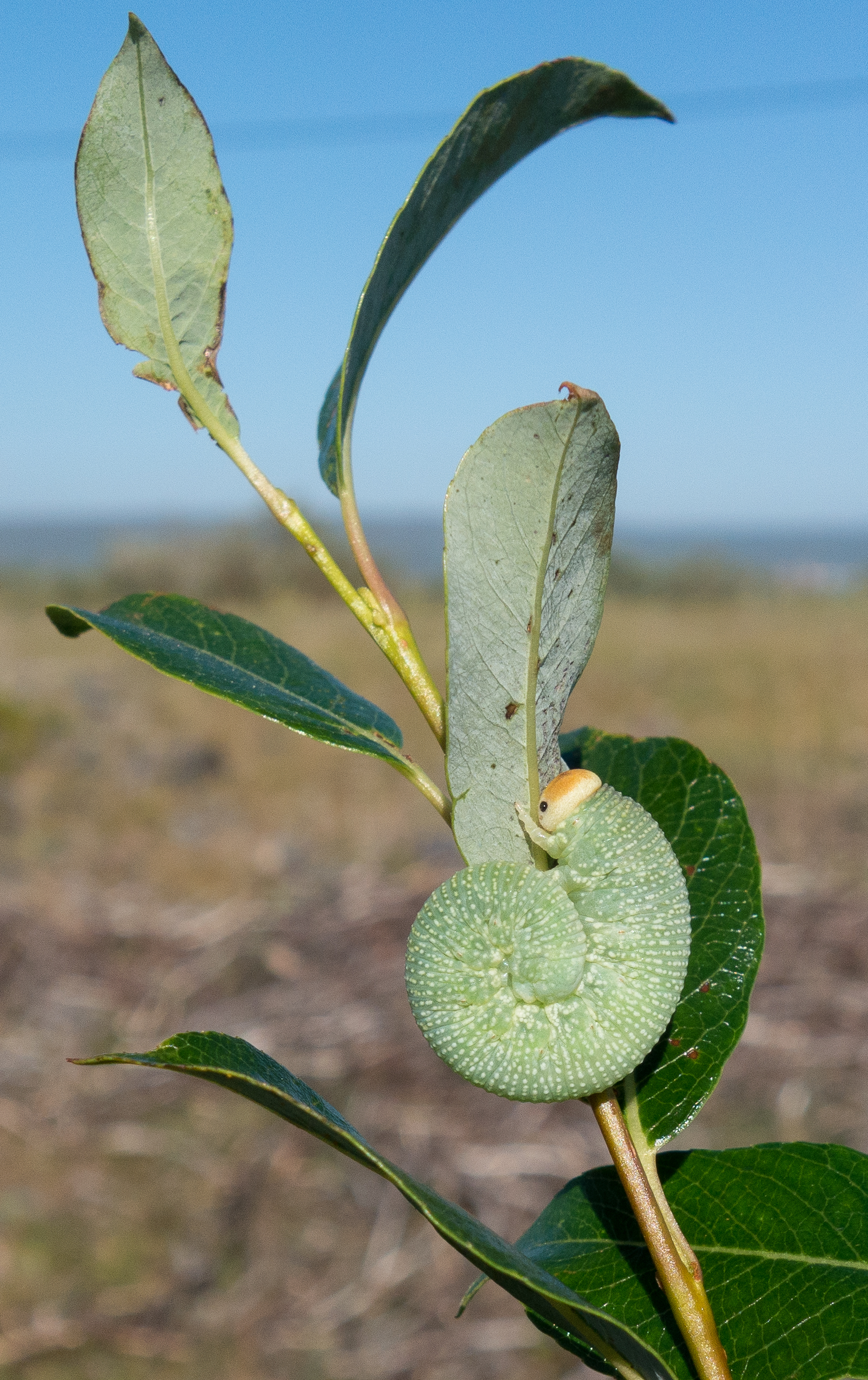 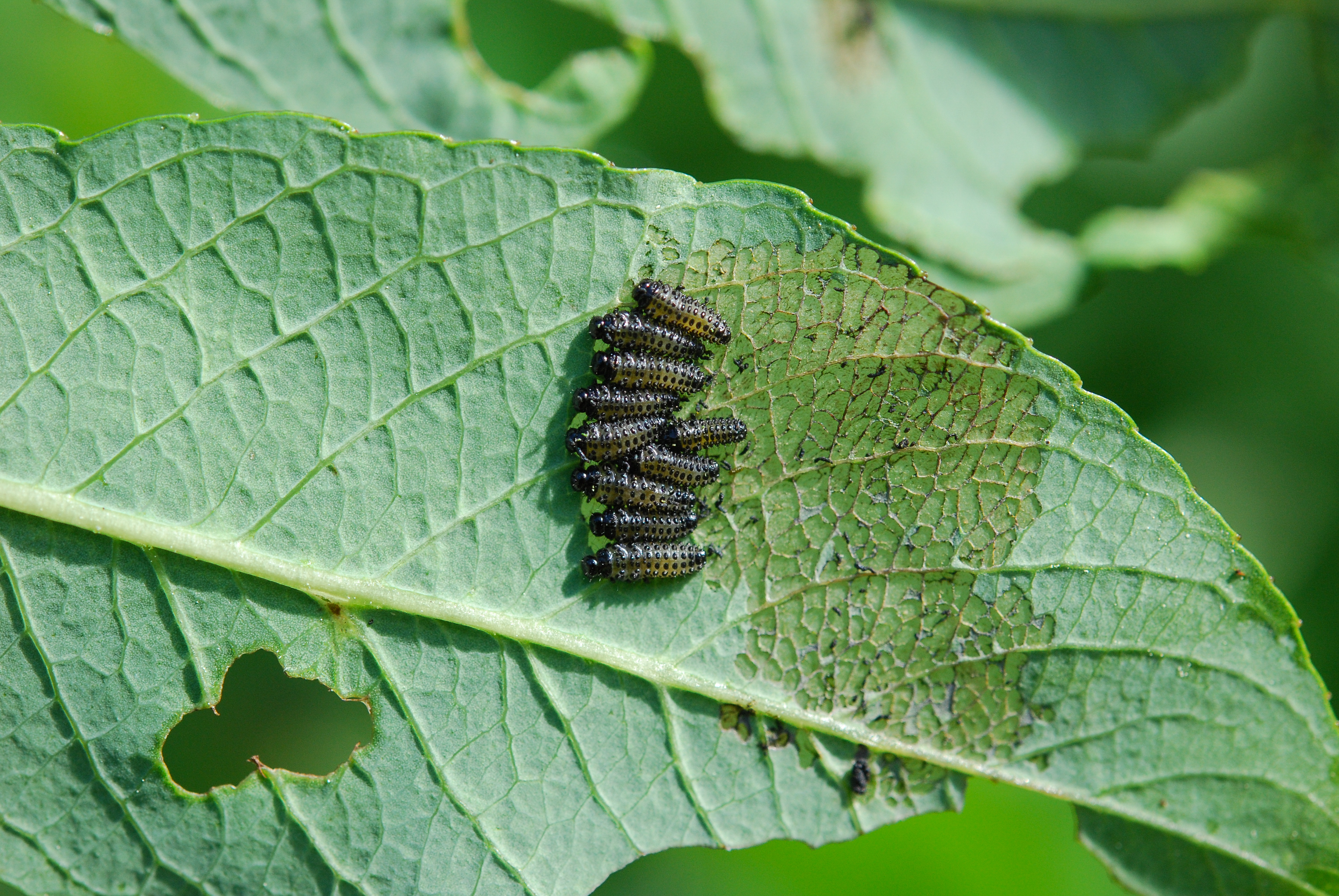 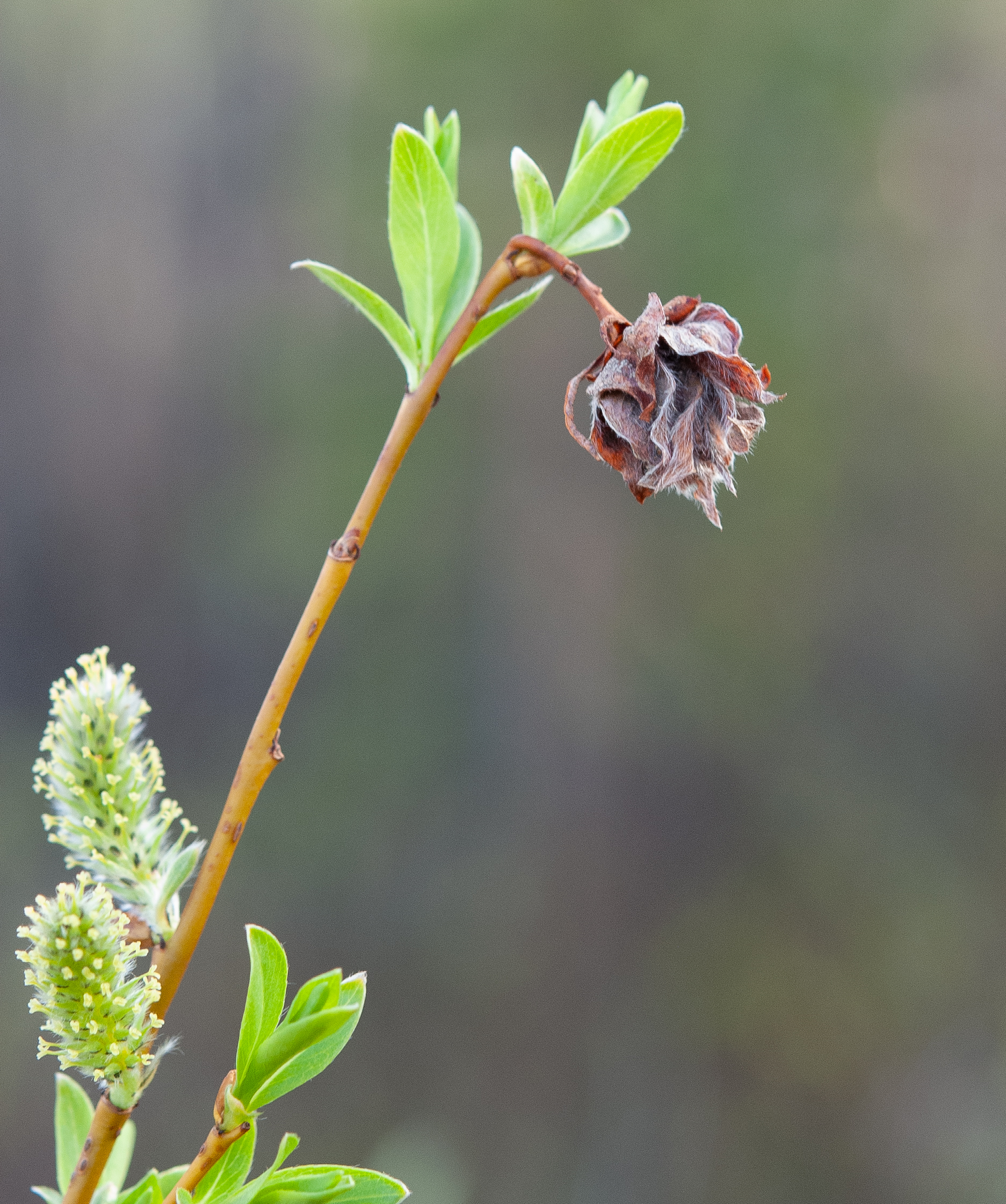 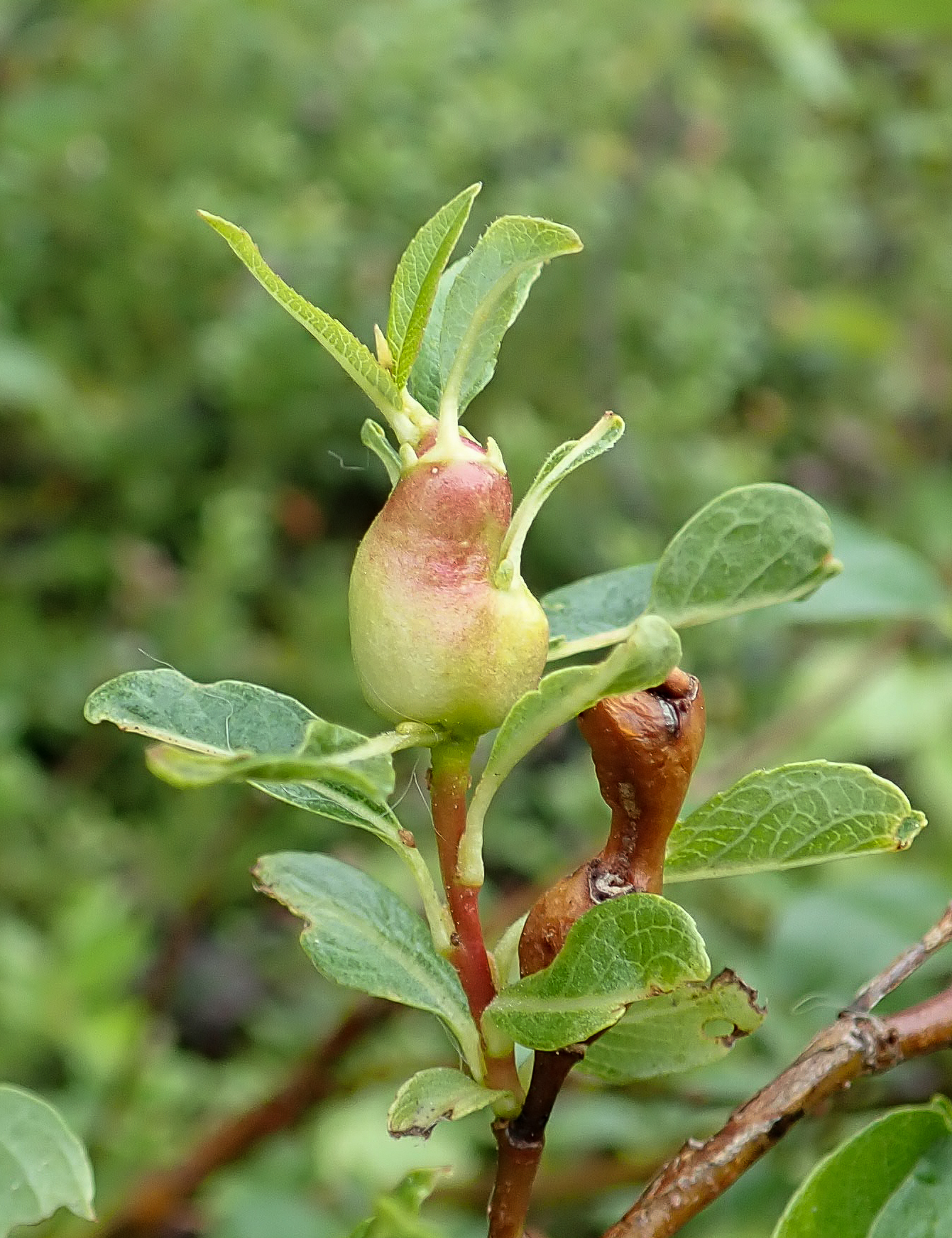 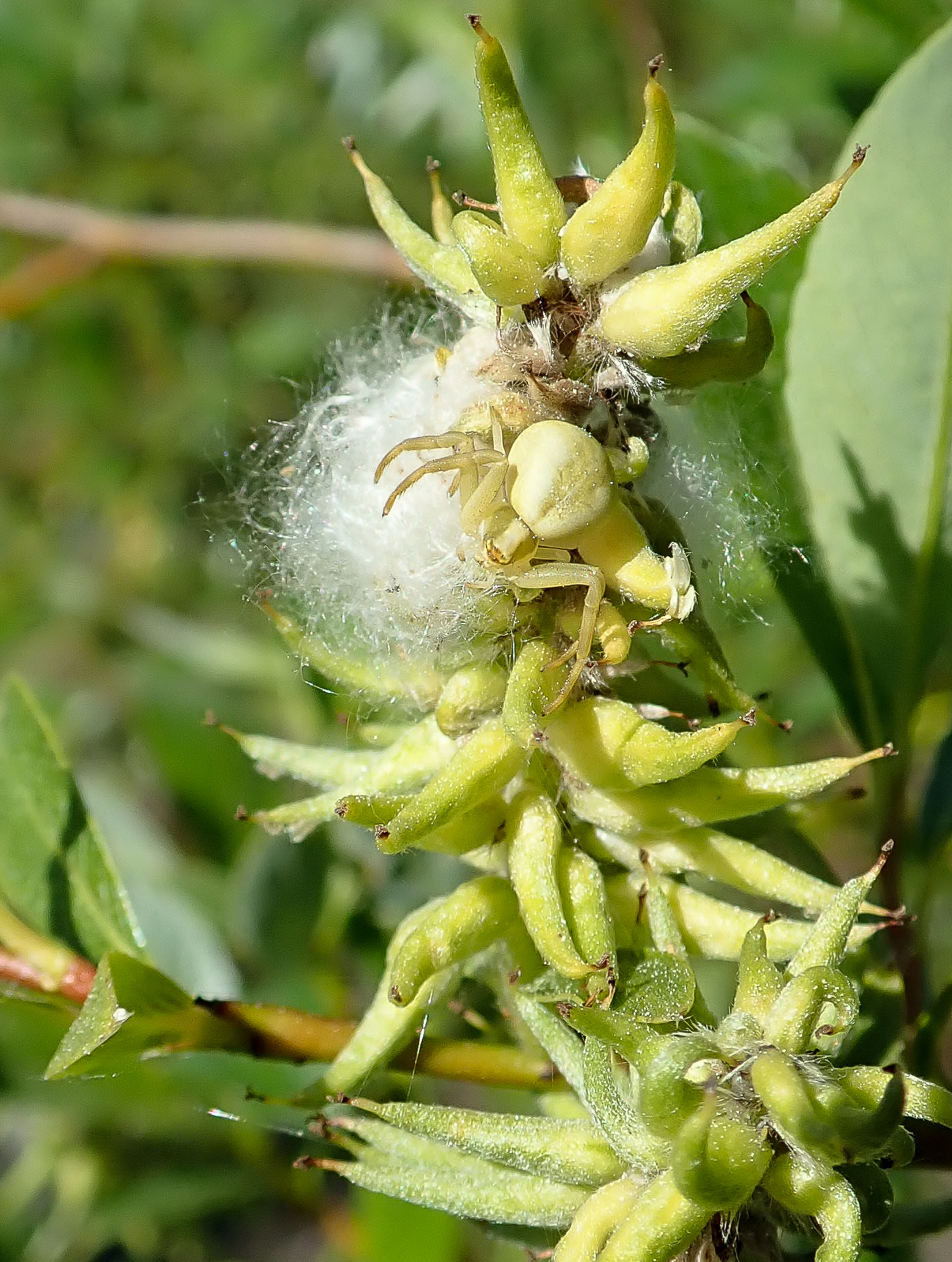 S. phylicifolia grows in most habitats in the northern parts of Europe, although it tends to be absent from open tundra, very dry sites, and nutrient-poor swaps and bogs. As an early flowerer, it constitutes an important resource for many pollinator groups. The species is abundant and widespread, so it supports a species-rich community of herbivorous sawflies, beetles, and lepidopterans, as well as diverse predatory arthropods and hymenopteran and dipteran parasitoids. Gall-inducing species in several groups are specialized to using S. phylicifolia as their host.