Salix aurita L. is a low-growing shrubby species that is easy to identify because of its characteristic leaves: the edges are wrinkled and turned back downwards, and veins are sunken into the blade on the upperside and elevated on the underside. S. aurita is not particularly demanding with regards to soil properties, so it grows in many different kinds of habitats, including forested edges of swamps, fields, meadows, and lakes, and dry open pine forests. Its distribution encompasses the whole of Europe and Western Russia. In Fennoscandia, S. aurita is absent only from northern Lapland and the fjell regions of Sweden and Norway. 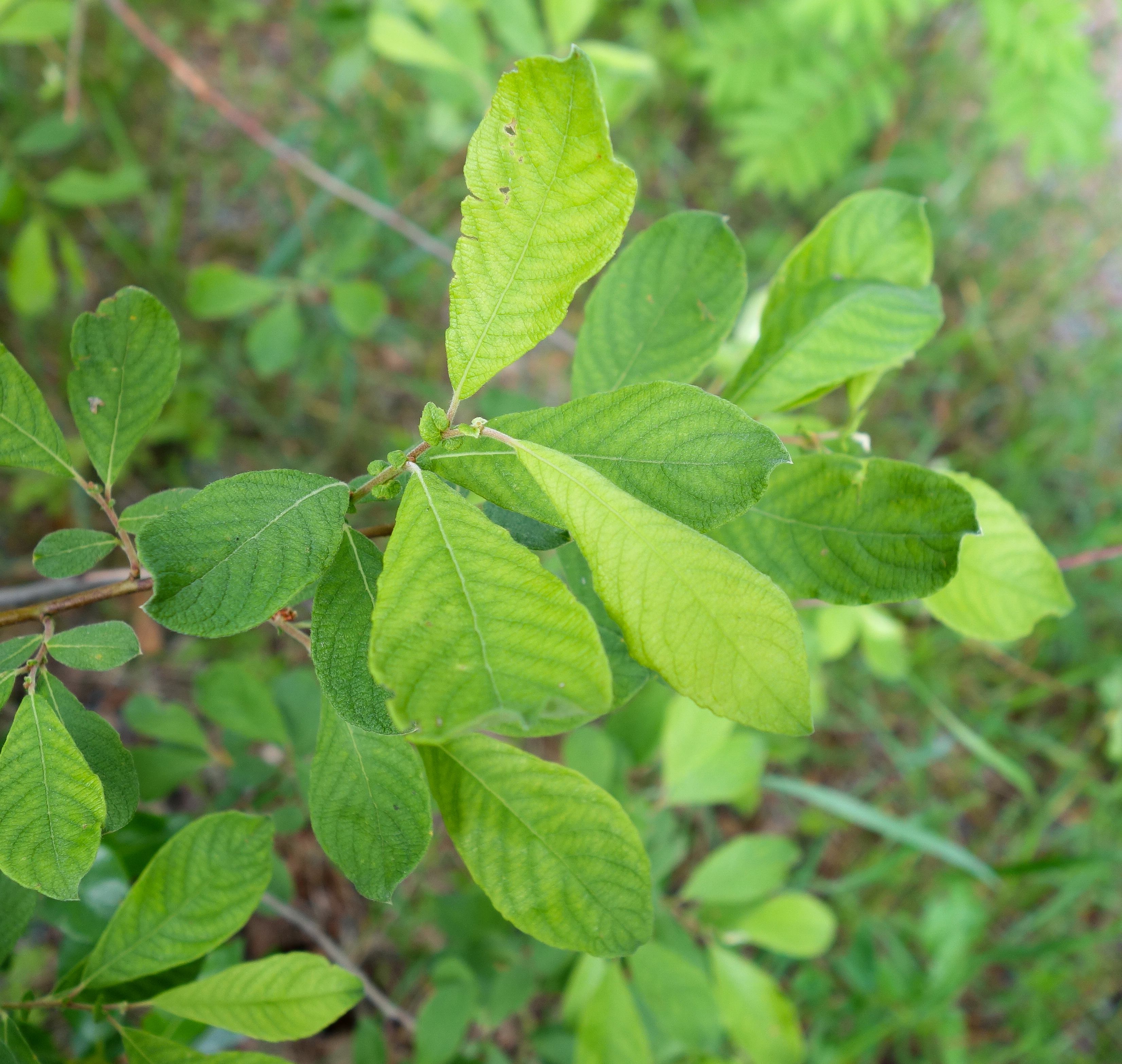 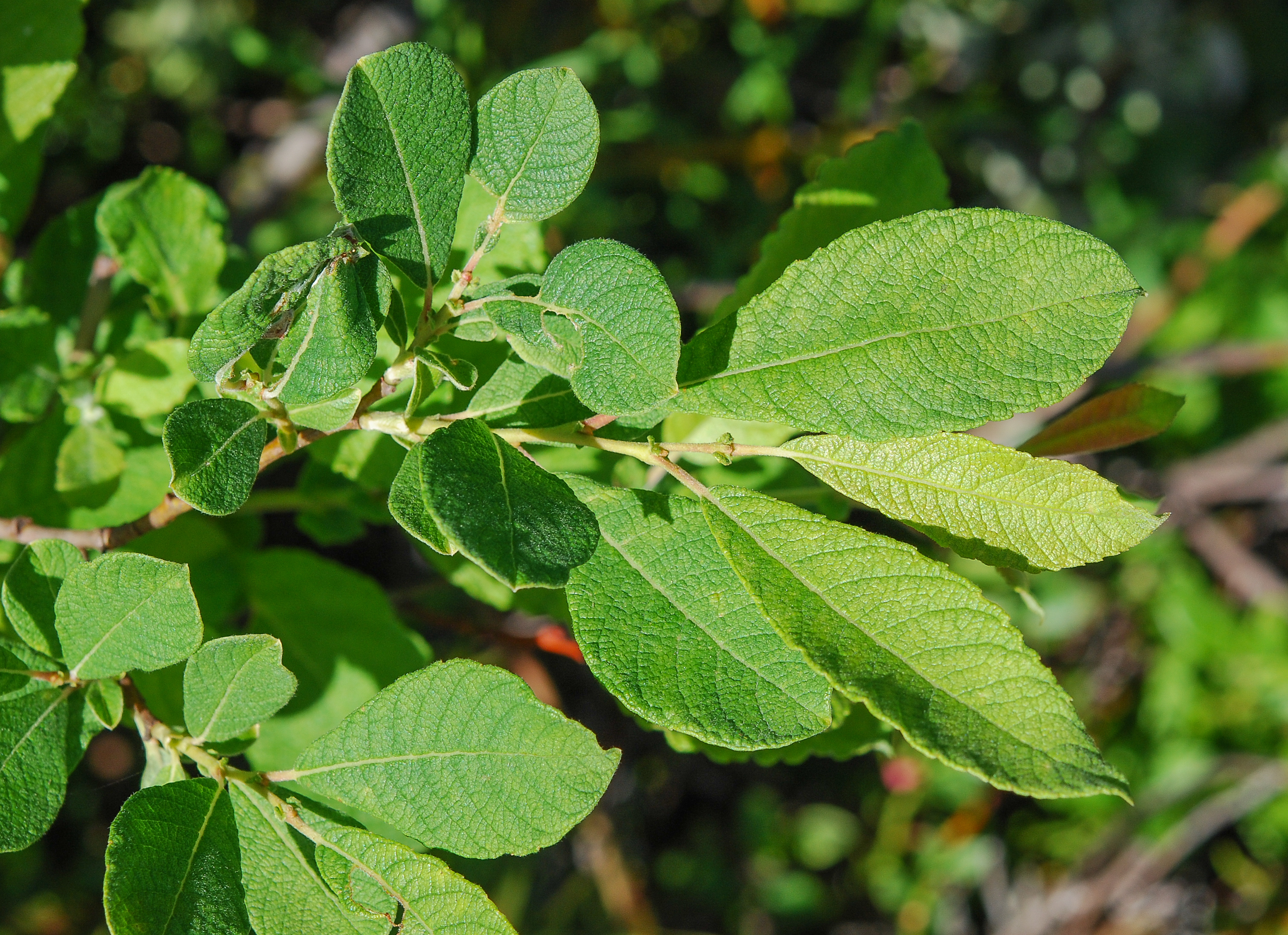 S. aurita leaves are 2.5–5 cm long and are broadest near the tip, which may be slightly bent to the side. Both sides are covered by short, dense pubescence. Leaf veins are sunken into the blade on the upperside, while on the underside the veins are elevated and form a dense network. Leaf edges are often wrinkled and bent downward. The leaf blade has 7–9 pairs of main veins (10–15 in S. cinerea).

S. aurita is typically less than one meter in height, but can in some localities grow up to 2.5 meters tall. Current-year shoots are thin, densely pubescent, and green or reddish-brown. Round serrated stipules are present around the small buds.

S. aurita flowers before leafburst, and inflorescences have only short stalks with at most a few small leaves. Inflorescences are situated along the sides of the previous-year shoot, and bracts have brown tips. Capsules on mature catkins long and thin, and are sparsely arranged around the central axis. 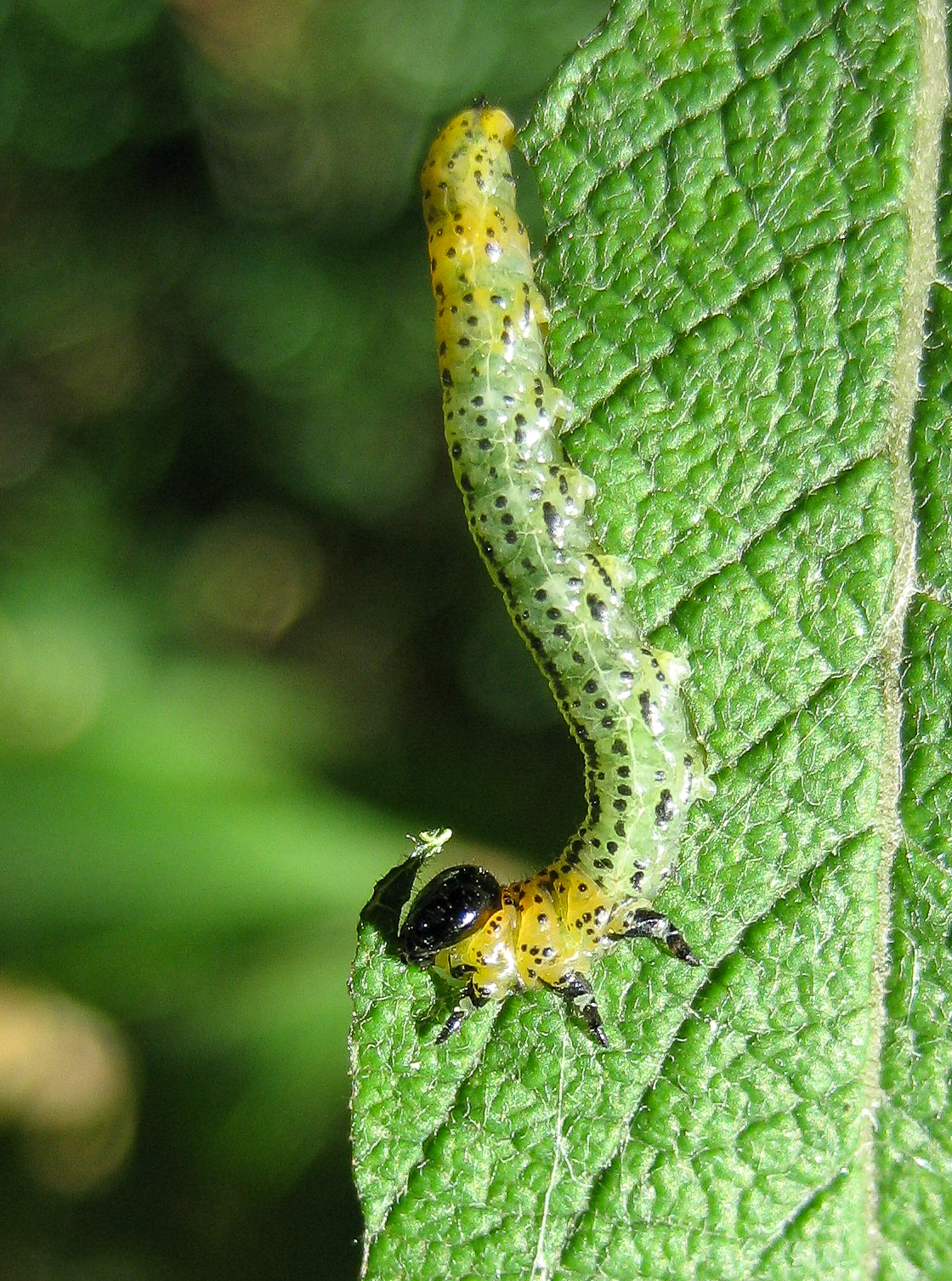 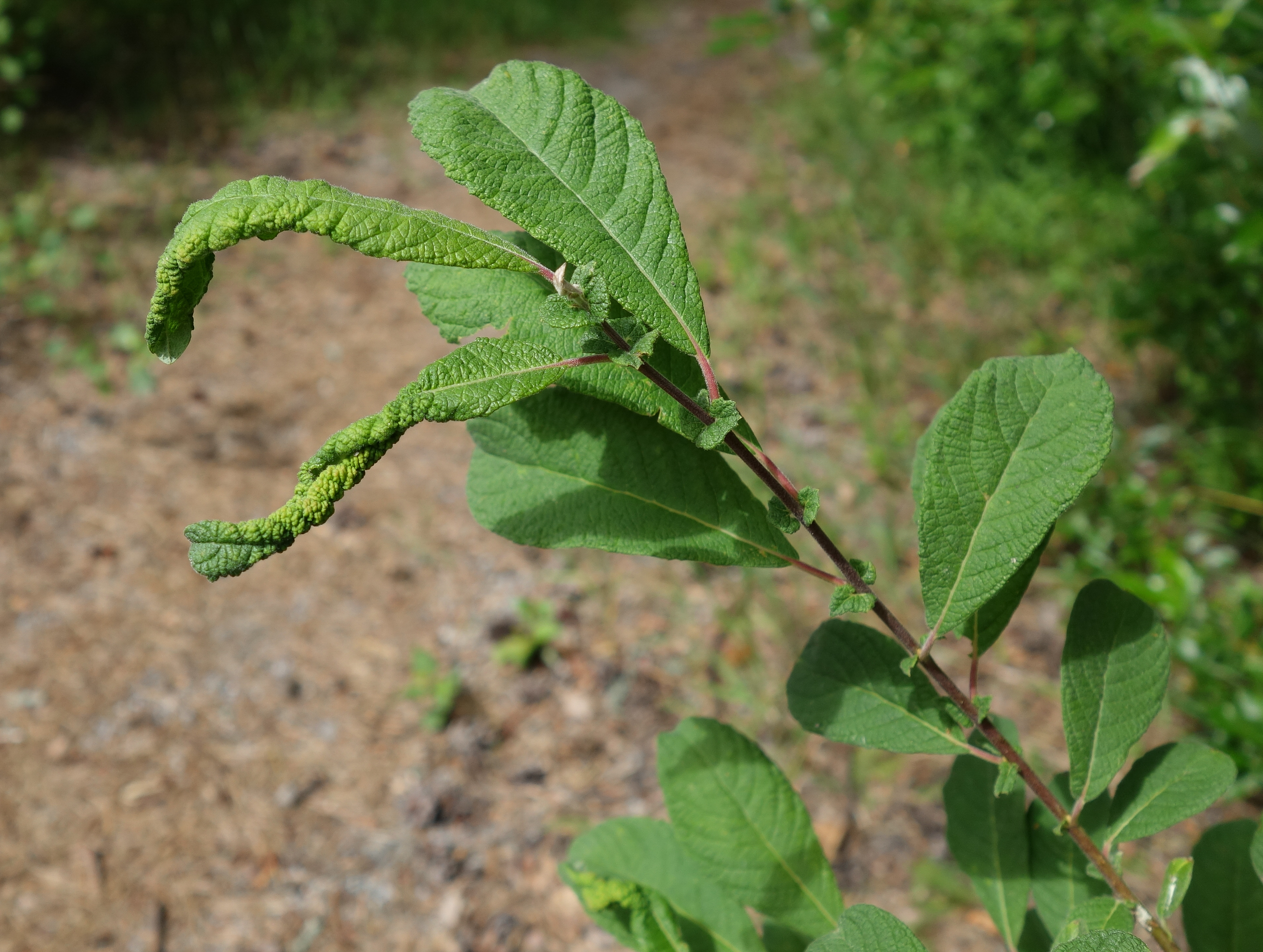 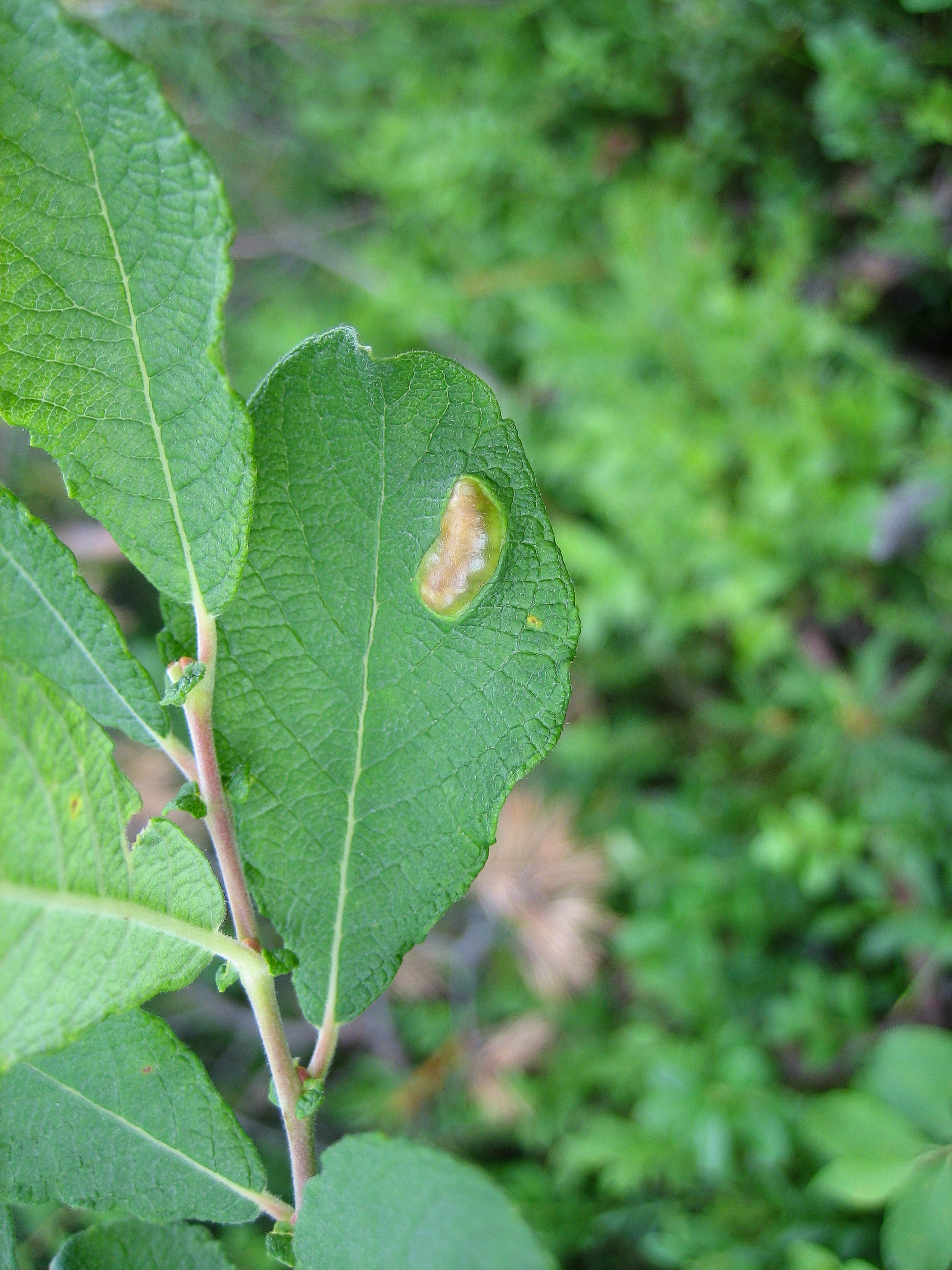 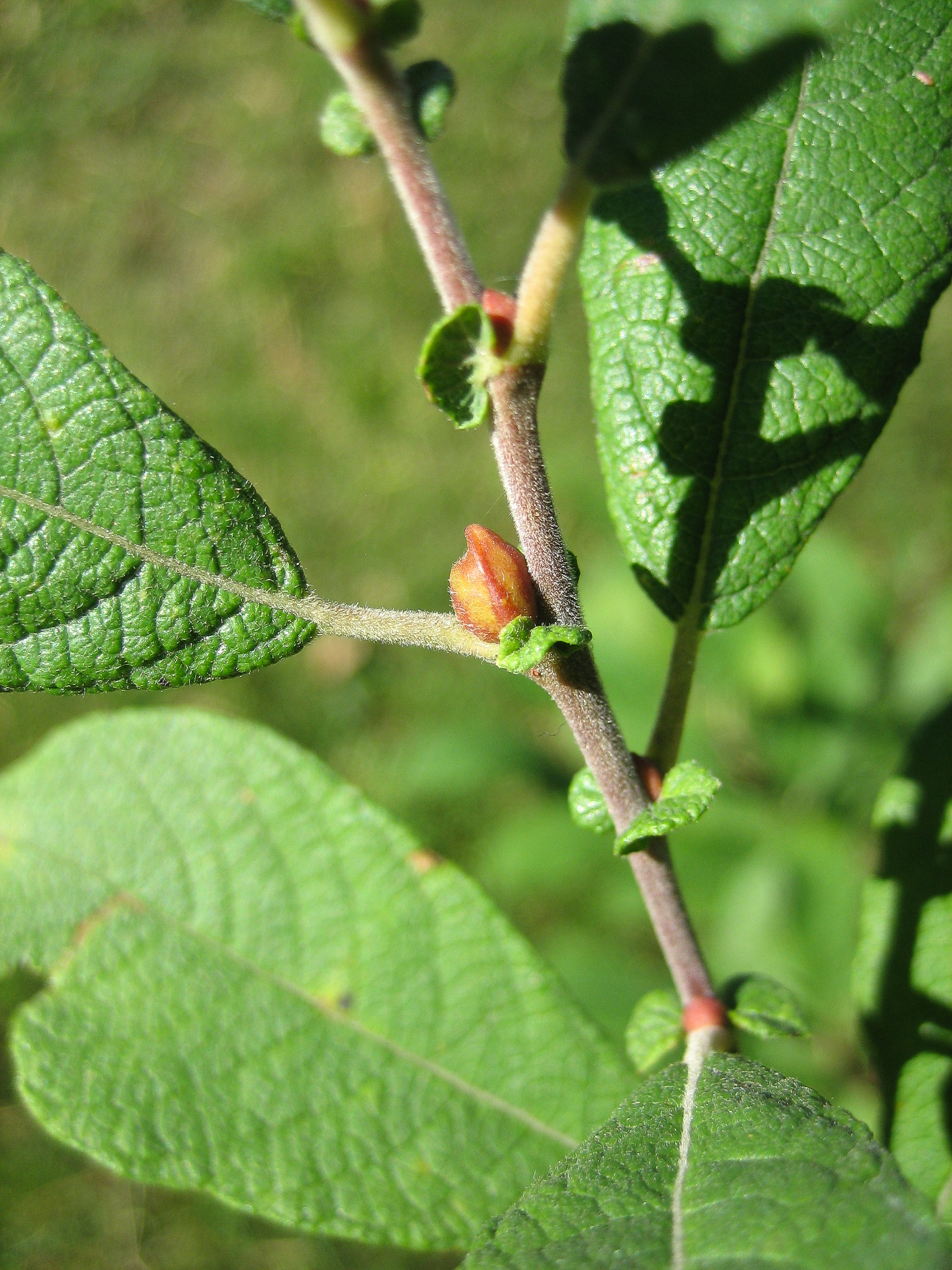 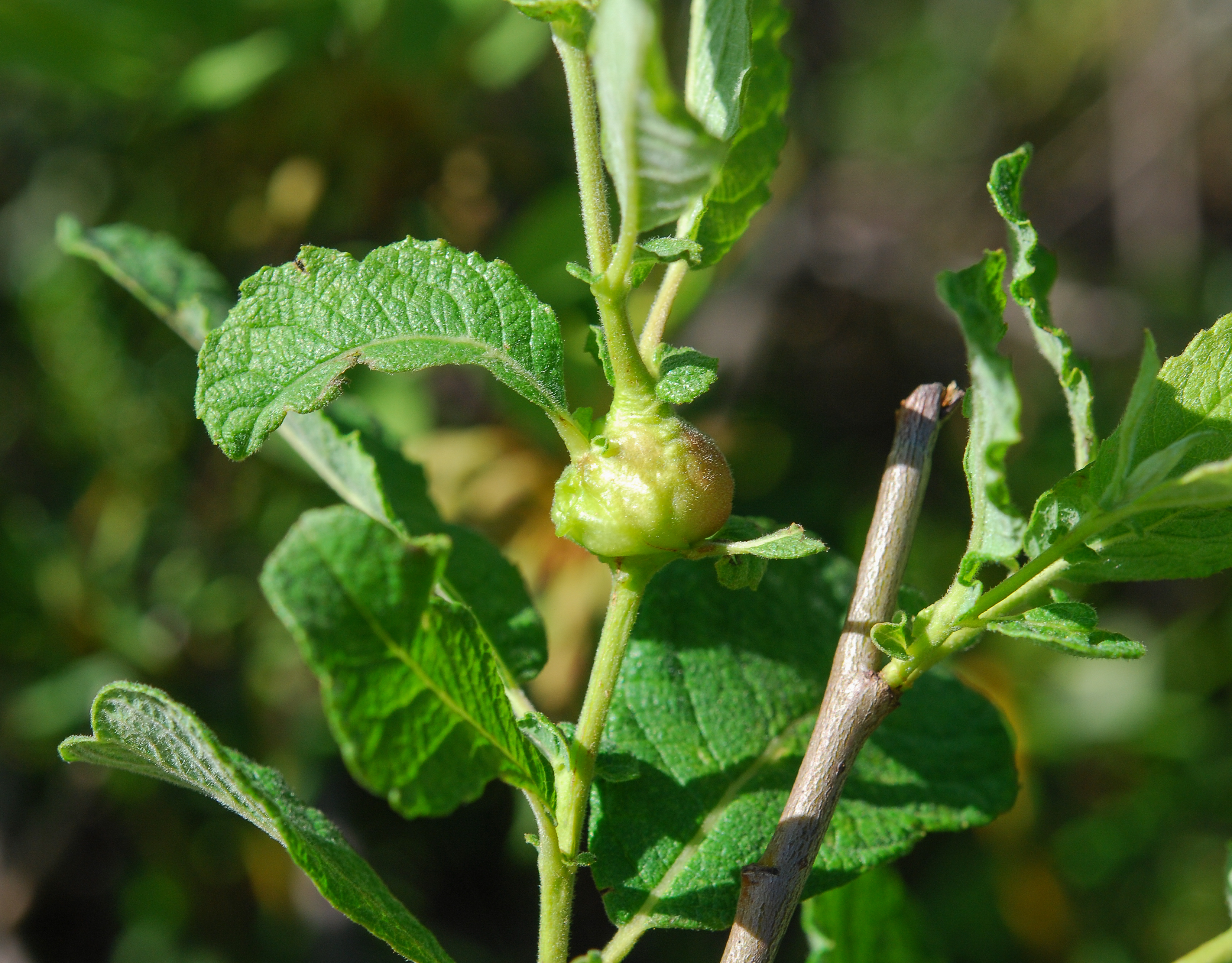 S. aurita is widely distributed but generally not very common in the environment. Several species of nematine sawflies induce leaf rolls or closed galls on leaves, buds, or shoots of S. aurita, and the gall midge Rabdophaga salicis induces globular shoot galls. Larvae of beetles, moths, and sawflies feed on leaves, but the herbivore and pollinator communities have thus far not been thoroughly investigated.