Salix myrtilloides L. is a low-growing pretty shrub having small leaves with a special matte bluish-green color. It grows in wet forests and on various swamps and bogs, but prefers relatively nutrient-rich locations. The peculiar leaves make S. myrtilloides is easy to distinguish from other Salix species, but, as the specific epithet implies, it is at first glance confusingly similar-looking to the ericaceous shrub Vaccinium uligonosum, which grows in similar habitats. S. myrtilloides has a wide distribution extending from Eastern Europe to the Pacific coast of Russia; the close relative S. pedicallaris is found across the northern parts of North America. In Fennoscandia, S. myrtilloides is most frequent in the central parts of northern Finland and Sweden, but it is found both further north and south at suitable locations. 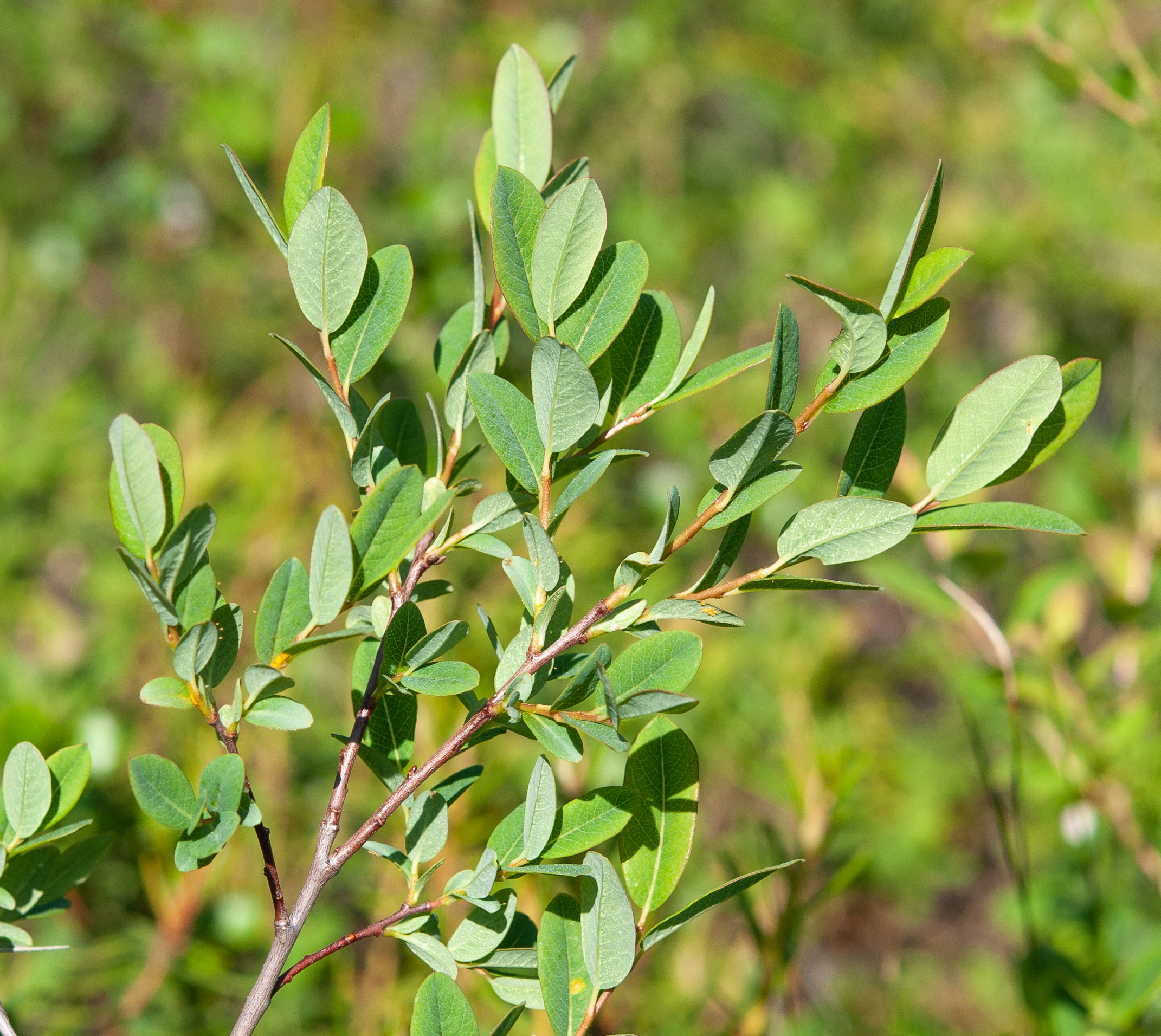 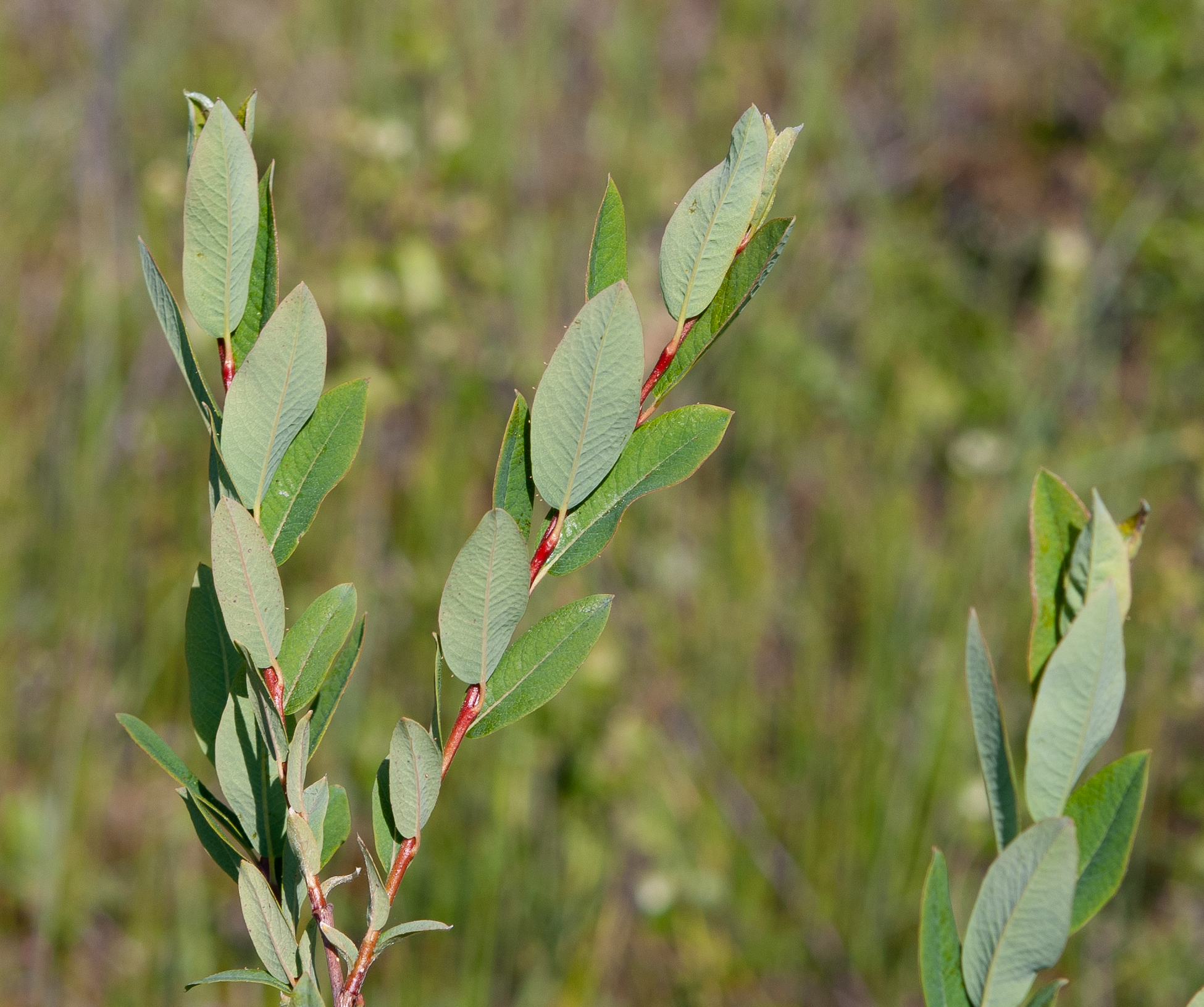 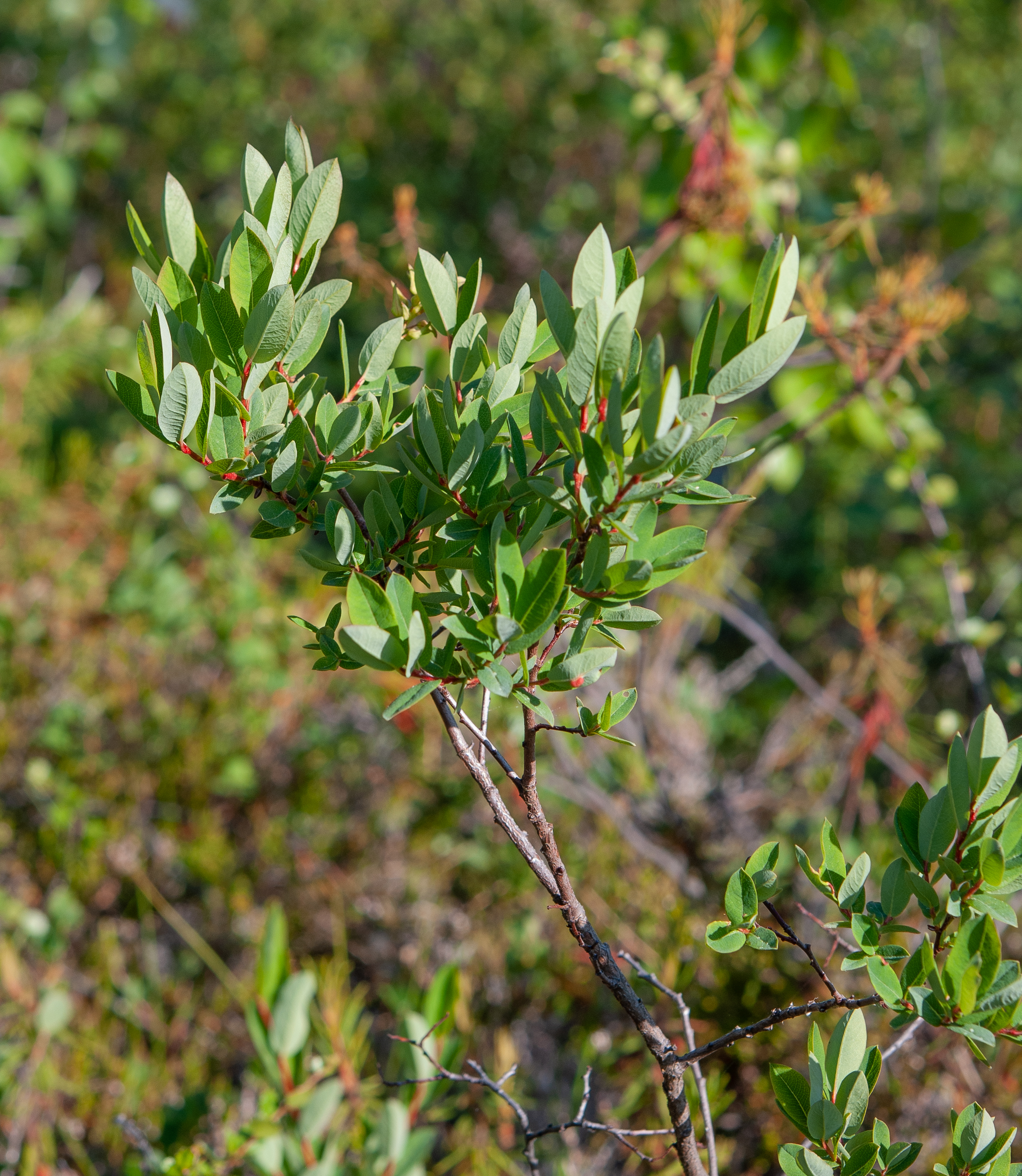 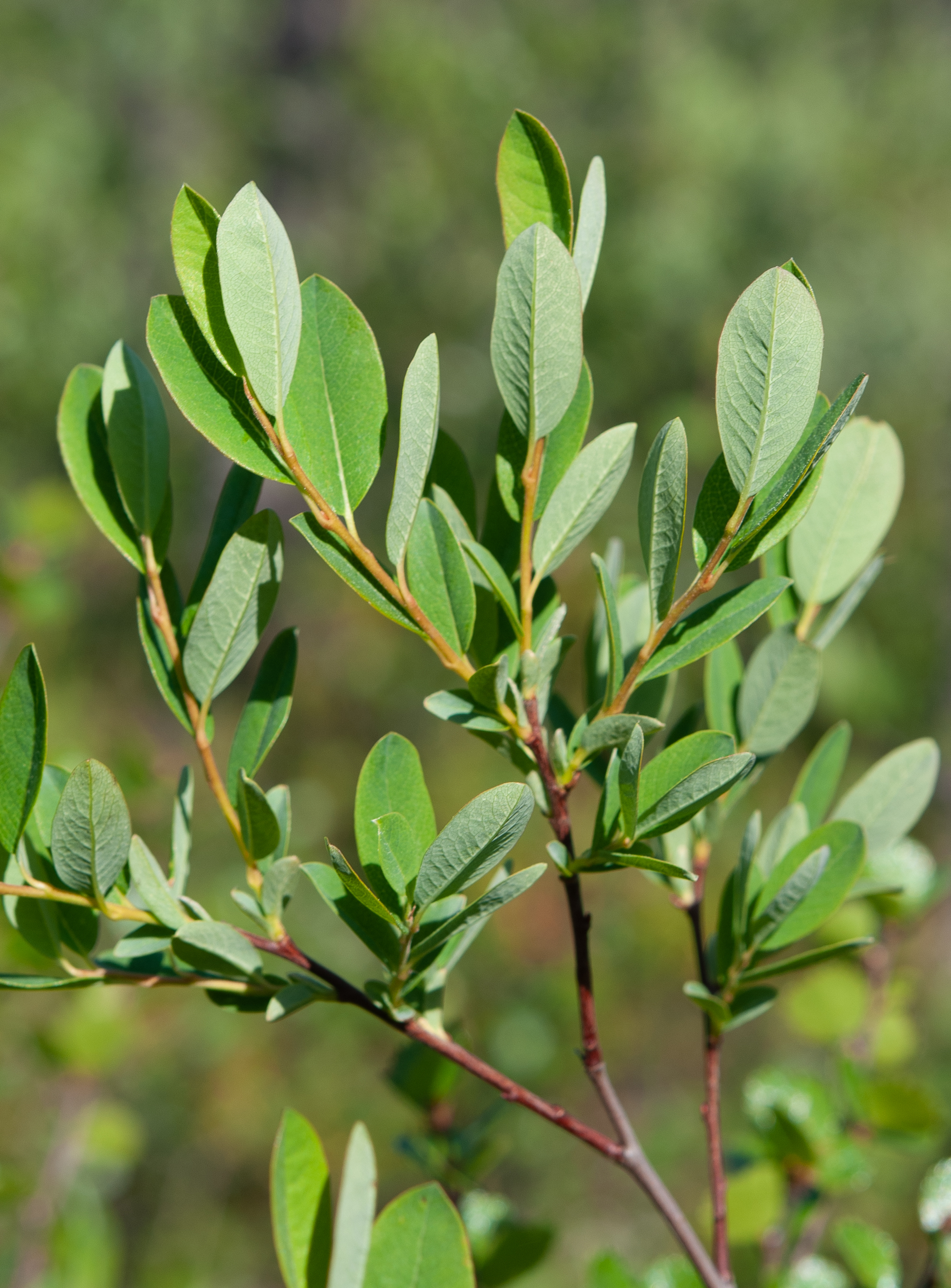 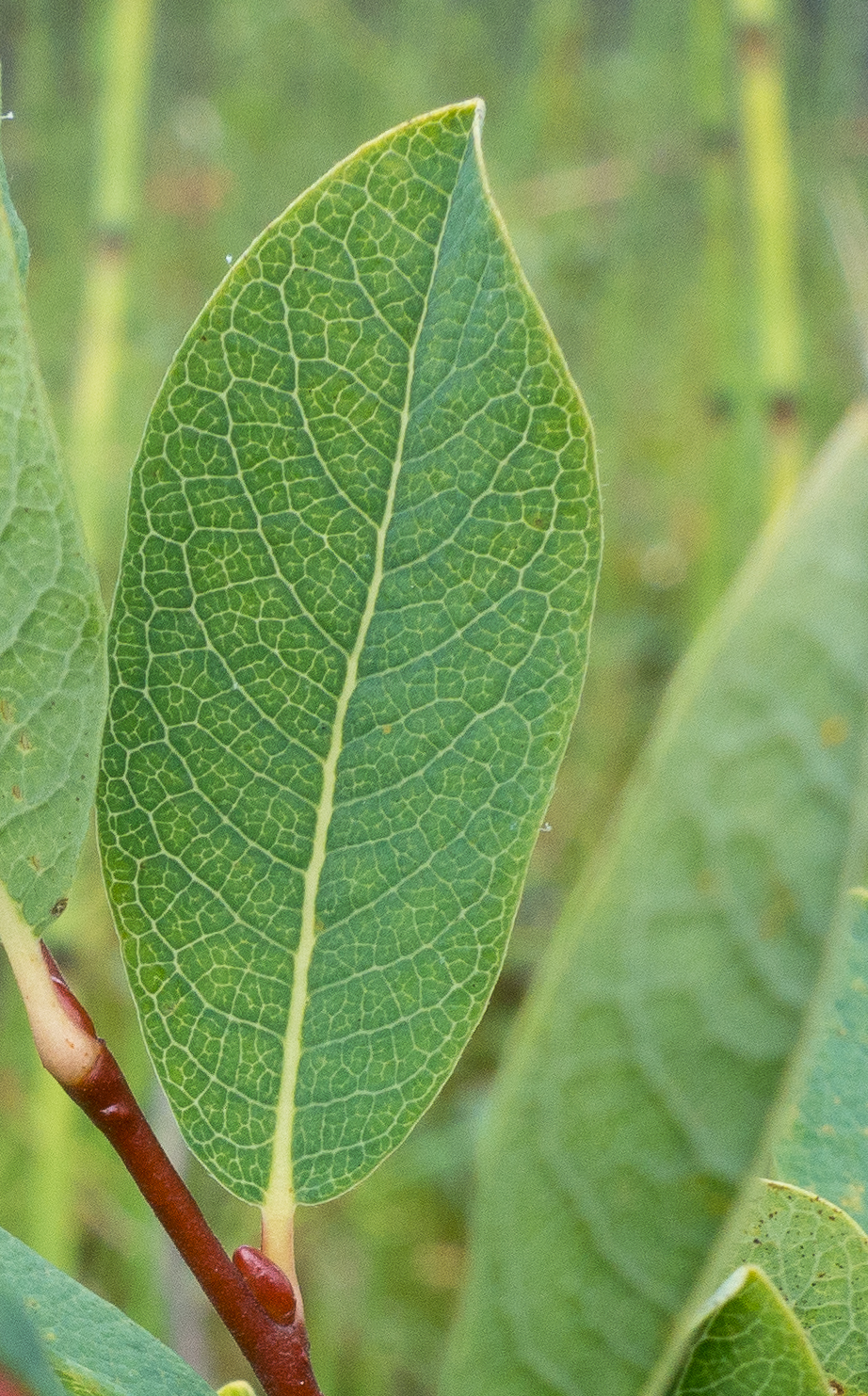 The leaves of S. myrtilloides are 1.5–3 centimeters long and have entire margins. The leaves are matte bluish-green above, while the underside is lighter green. On the underside, the main veins are slightly elevated from the blade. Especially leaves situated near the tips of shoots tend to point upward, and a fine network of veins is visible on the thin leaves when looked at against light. The ericaceous shrub bog bilberry (Vaccinium uliginosum) has superficially similar leaves, but they have rounded tips and sparser network of veins that arch back to form loops on the leaf blade (and the flowers are entirely different).

Branches and shoots of S. myrtilloides are thin and generally erect, but individuals are rarely more than half a meter tall. Current-year shoots are glabrous and yellowish brown or red, while older branches are grey or reddish brown. Buds are small and rounded, and stipules are lacking. 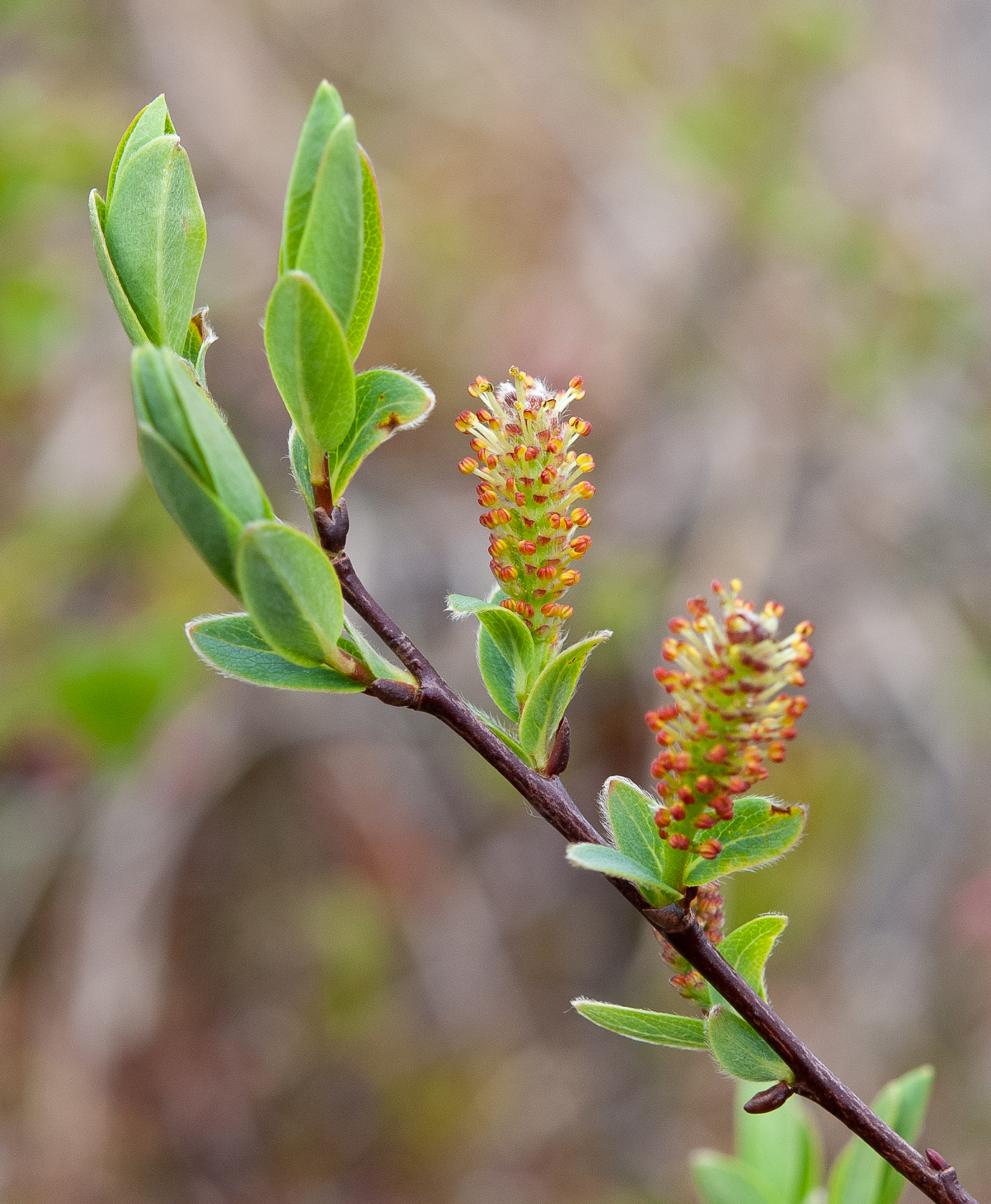 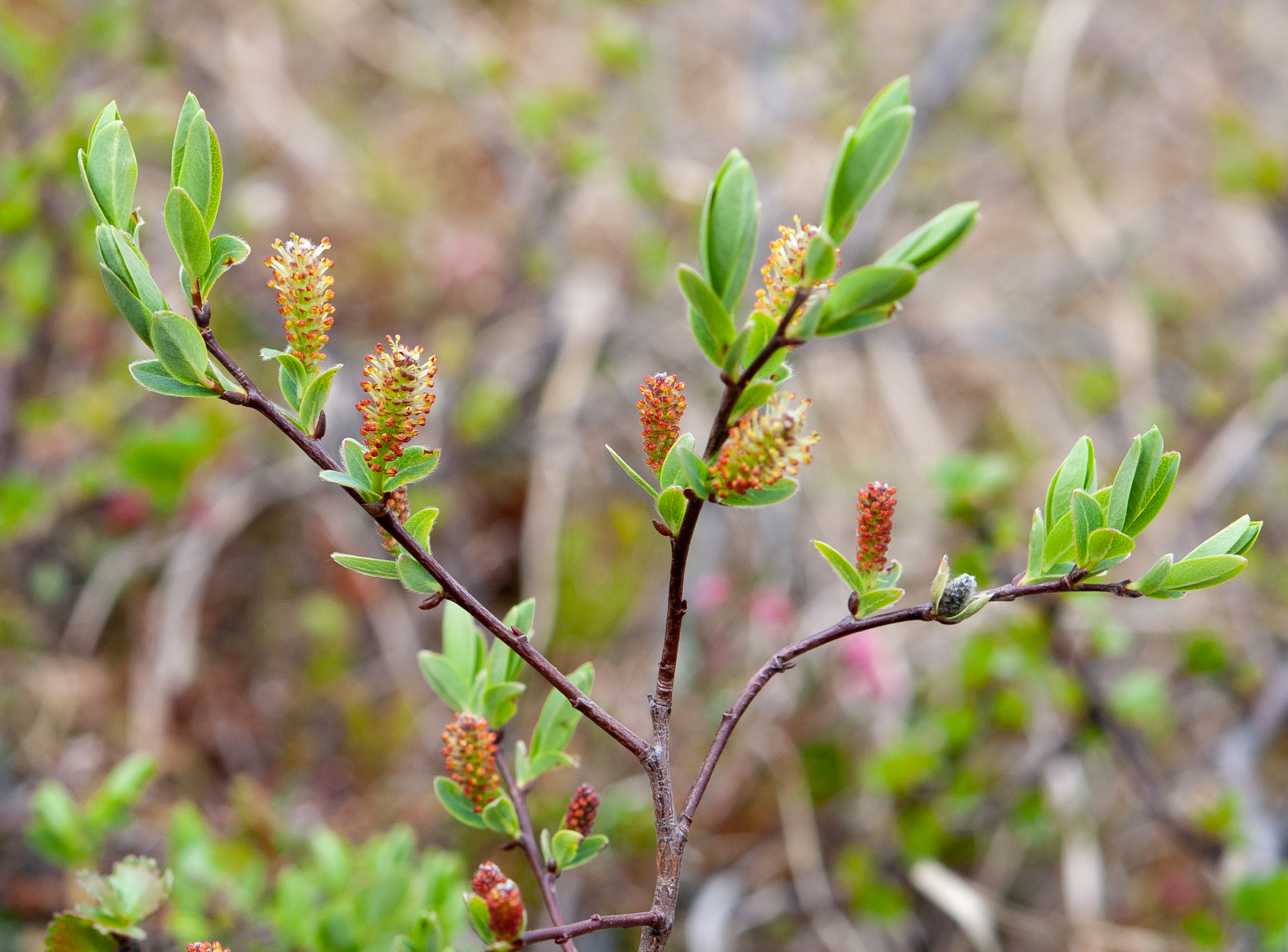 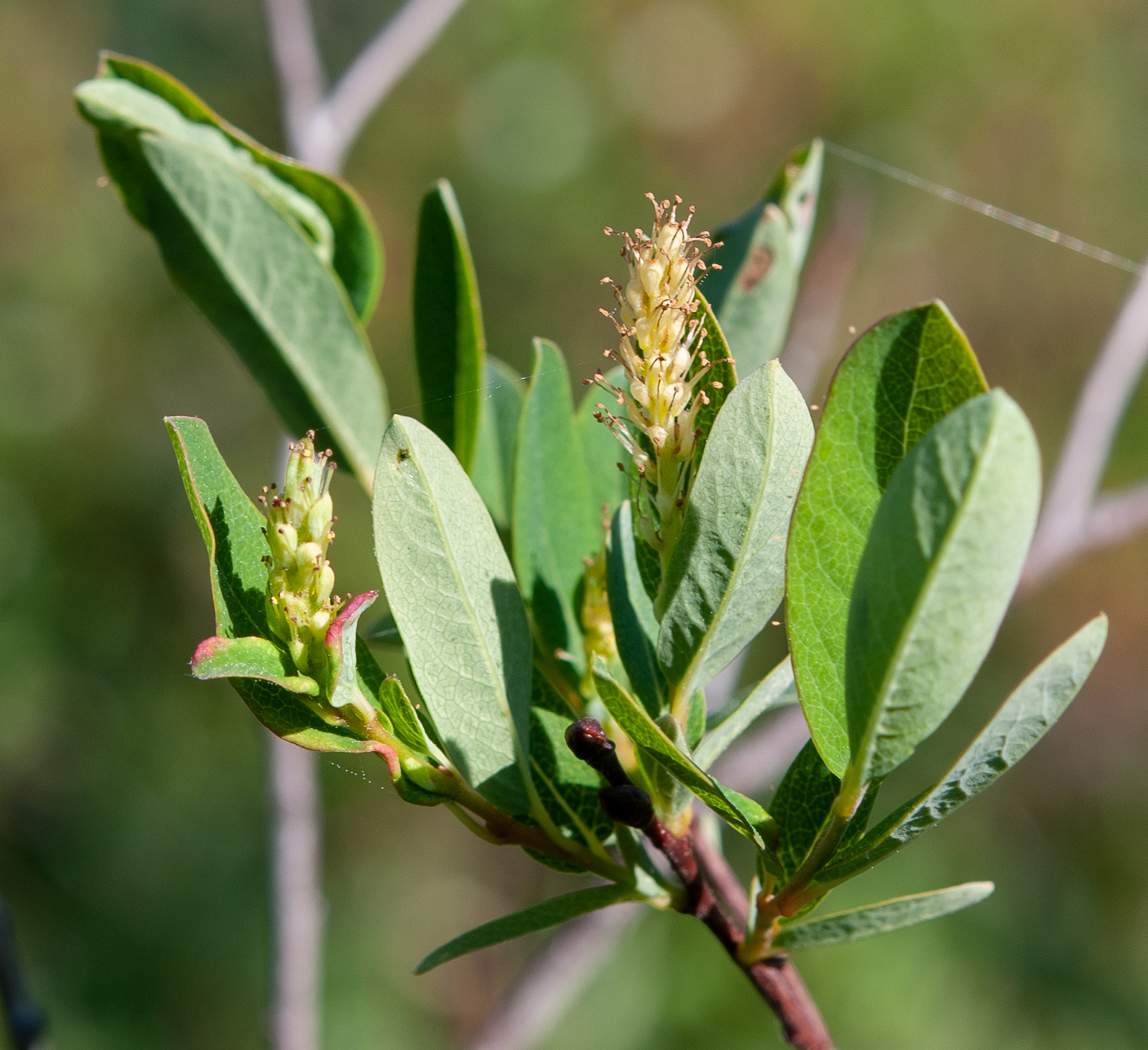 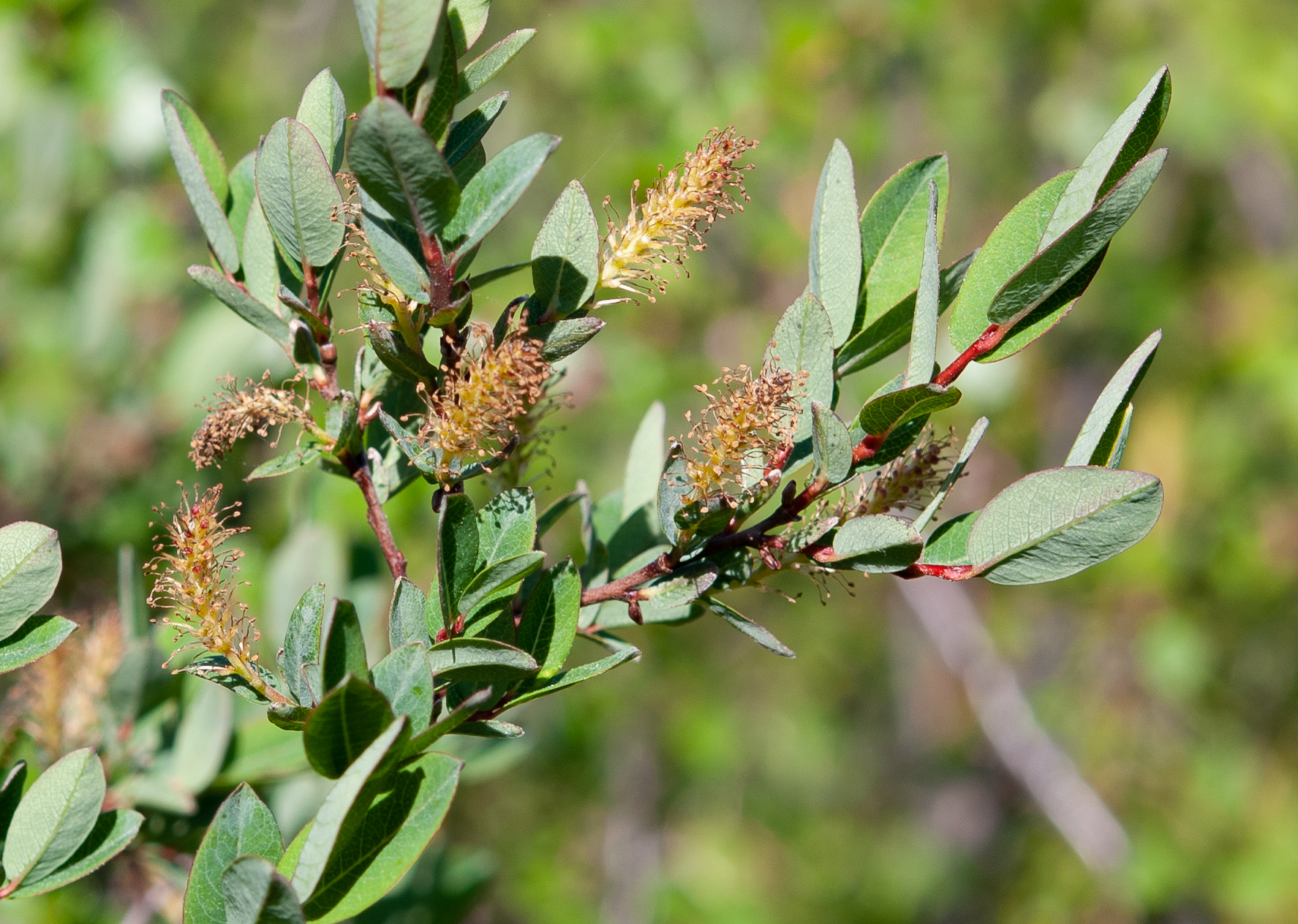 Male inflorescences of S. myrtilloides are comparatively small, and are supported by a long stalk with several leaves. Anthers are initially orange, and filaments whitish or pale yellow. Bracts have dark tips. Flowering begins concurrently with leafburst.

[Photos of female inflorescences are lacking, but will be added in May 2020] 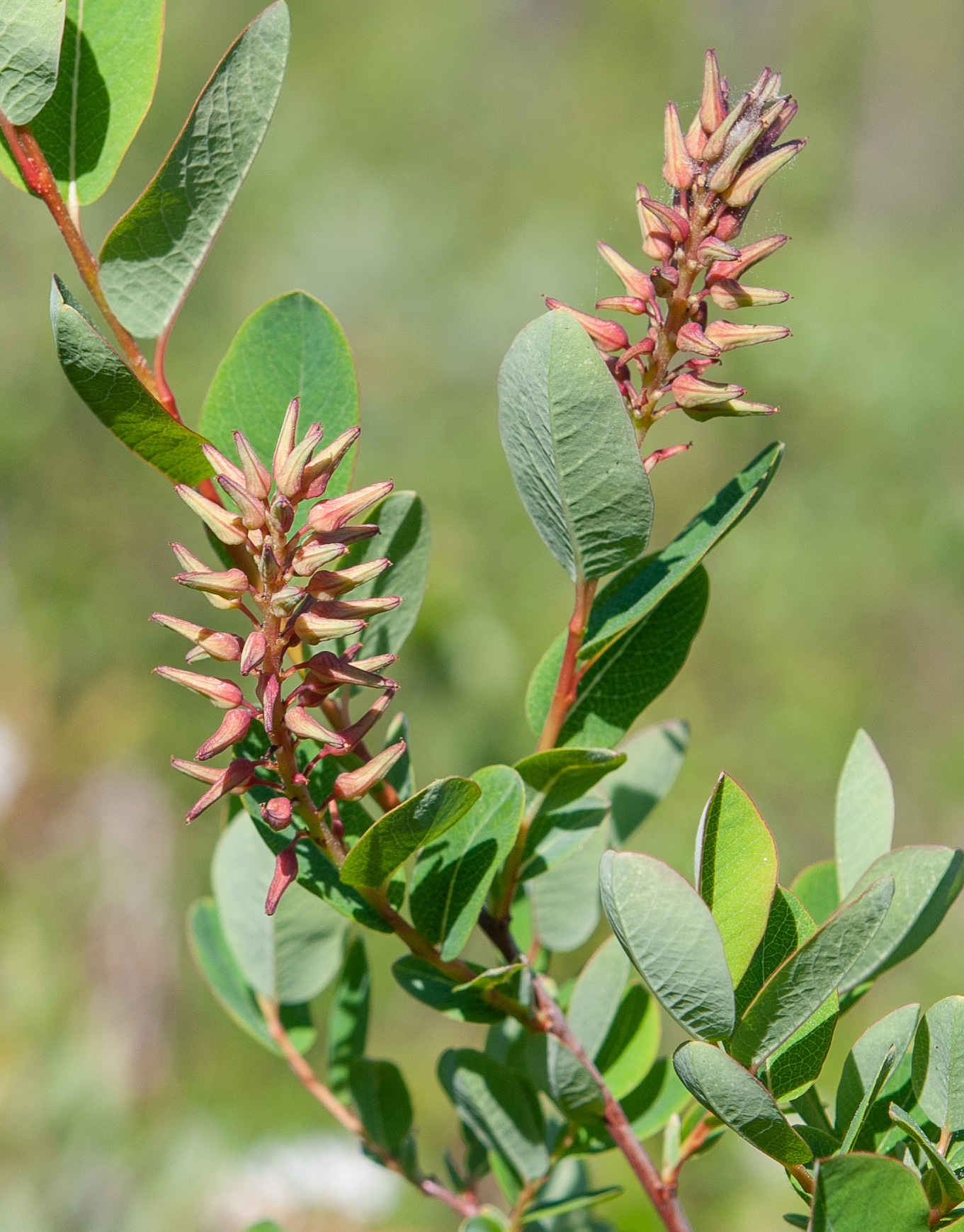 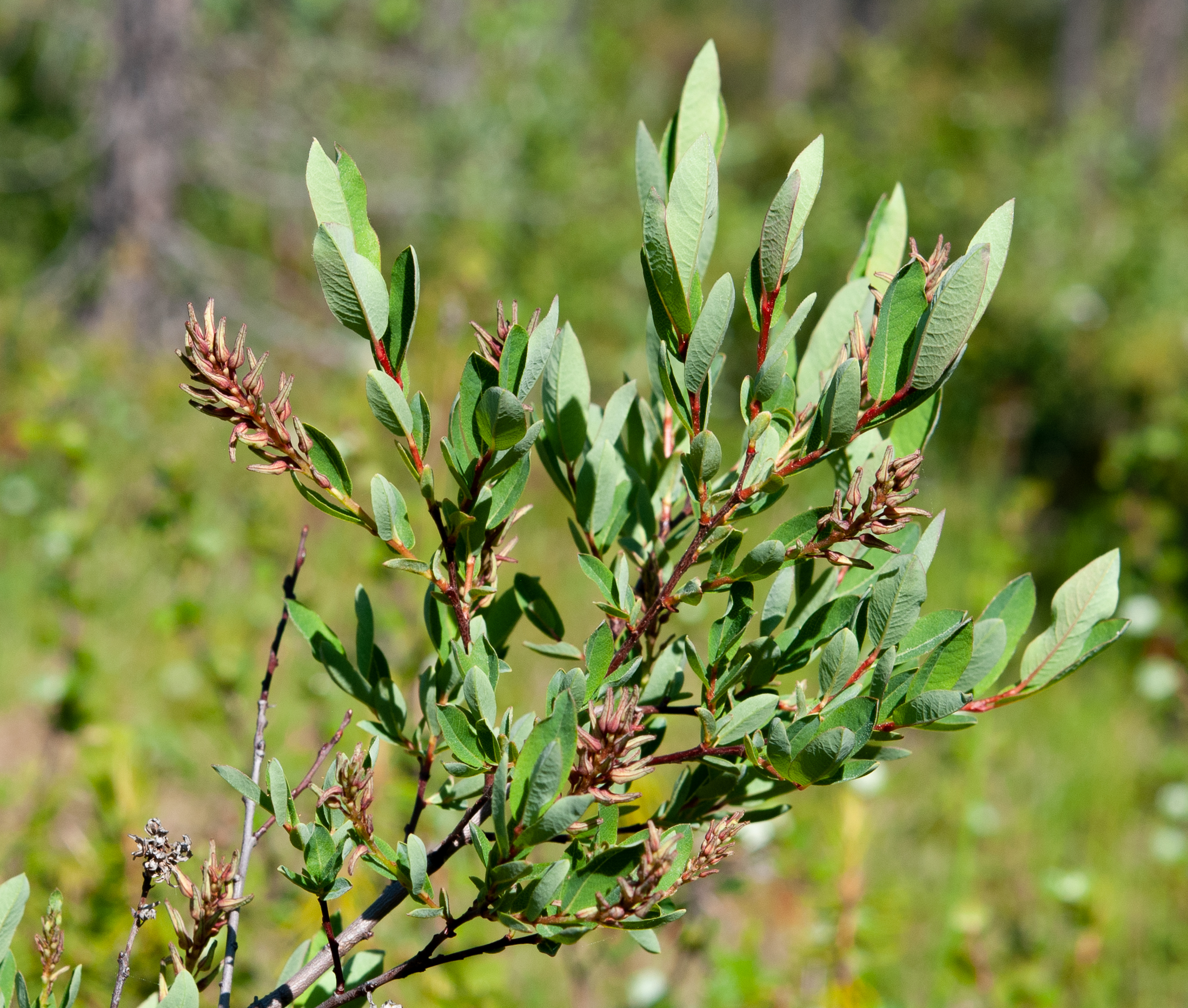 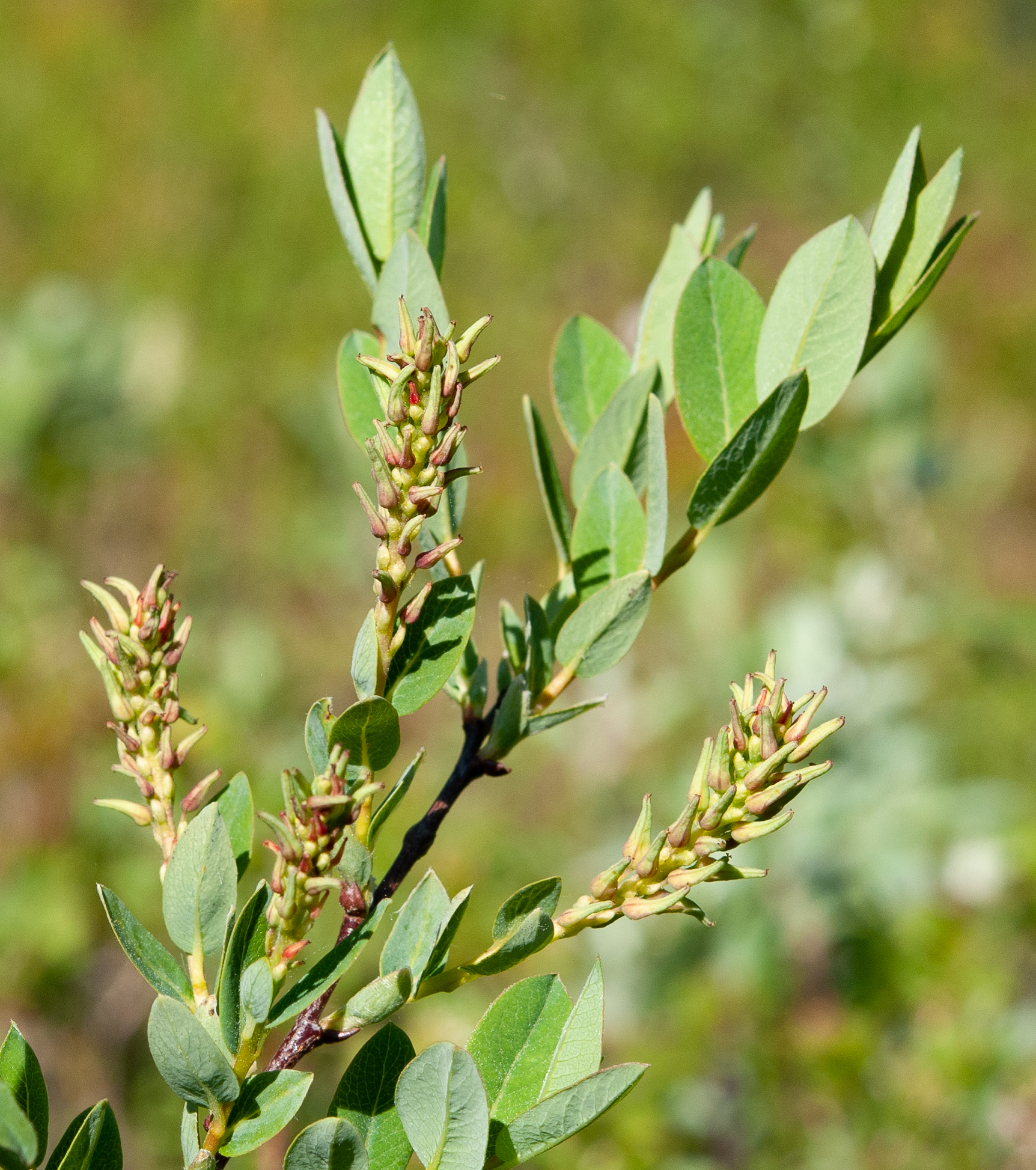 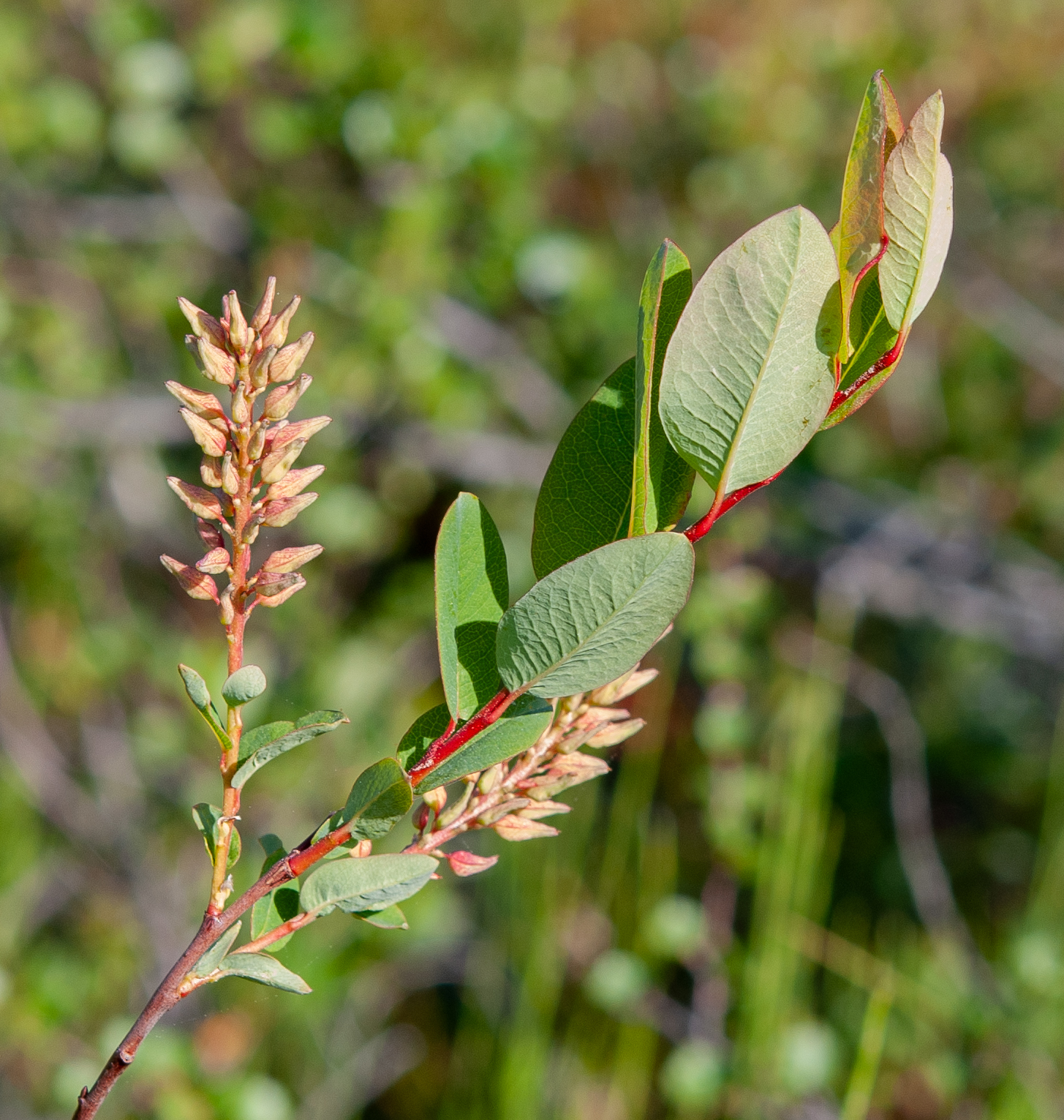 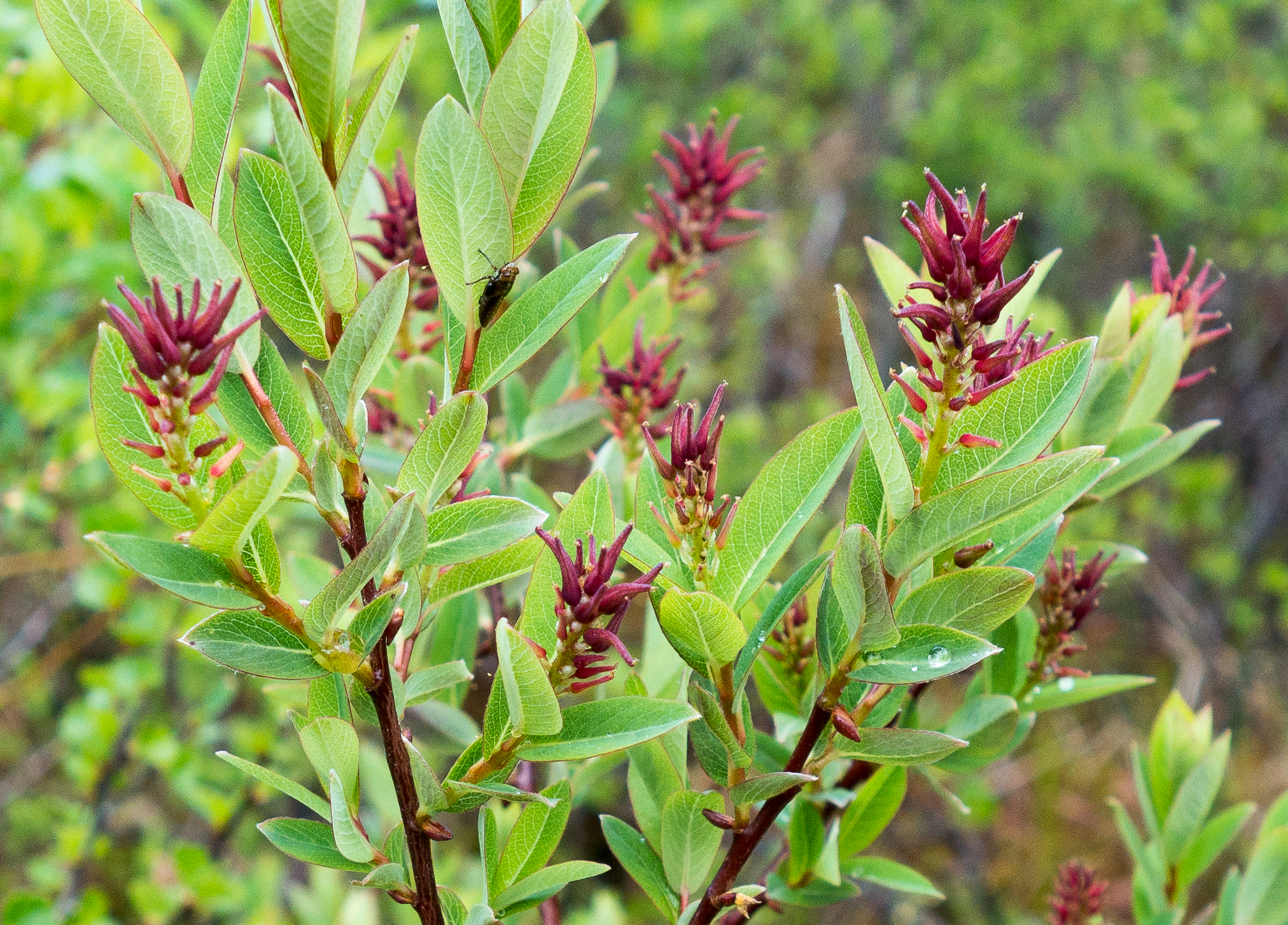 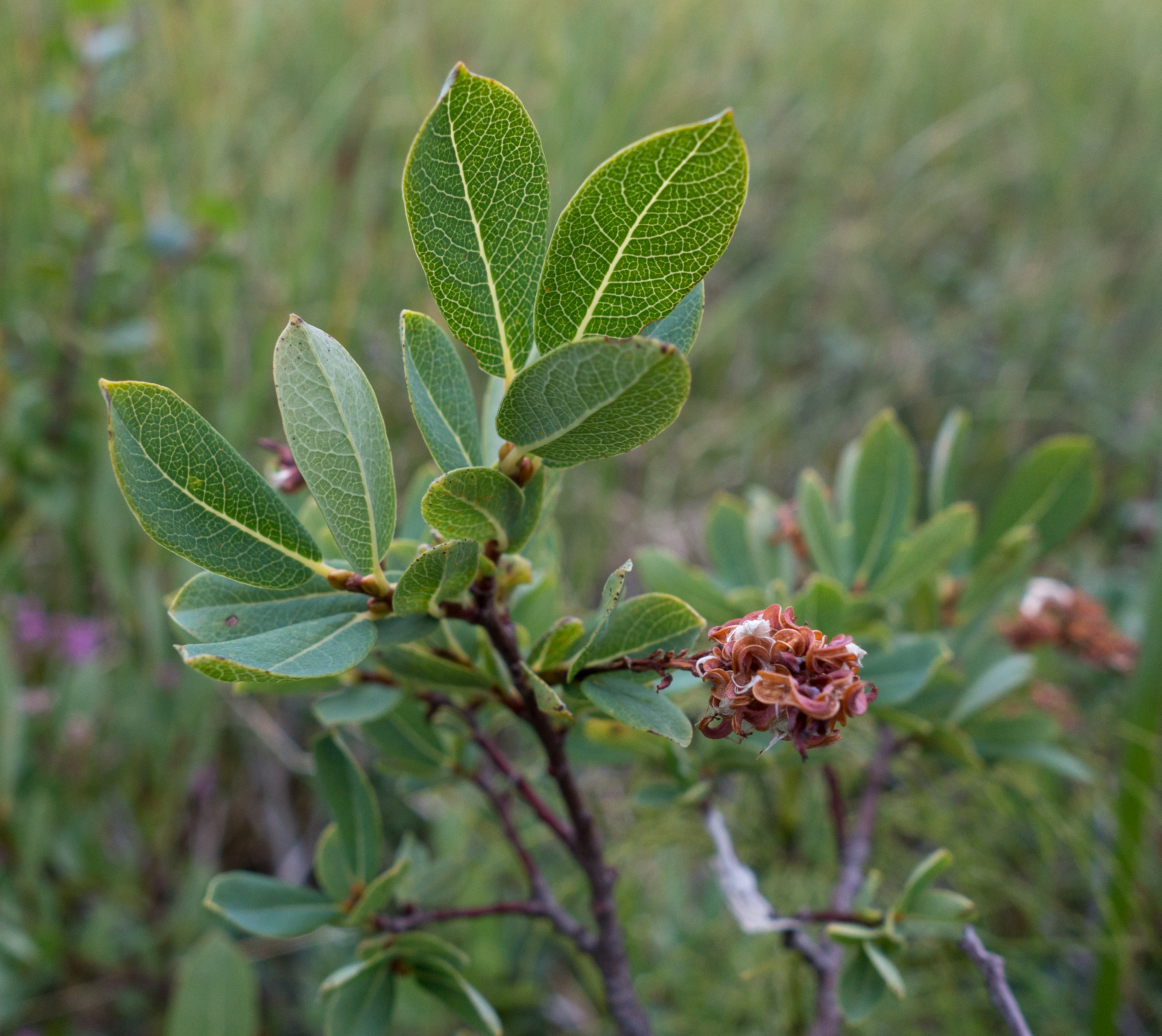 Mature catkins are erect and supported by a long leafy stalk. The color of the glabrous fruits (capsules) varies from pale green to dark red, but fruits are arranged quite sparsely around the central axis of the catkin. 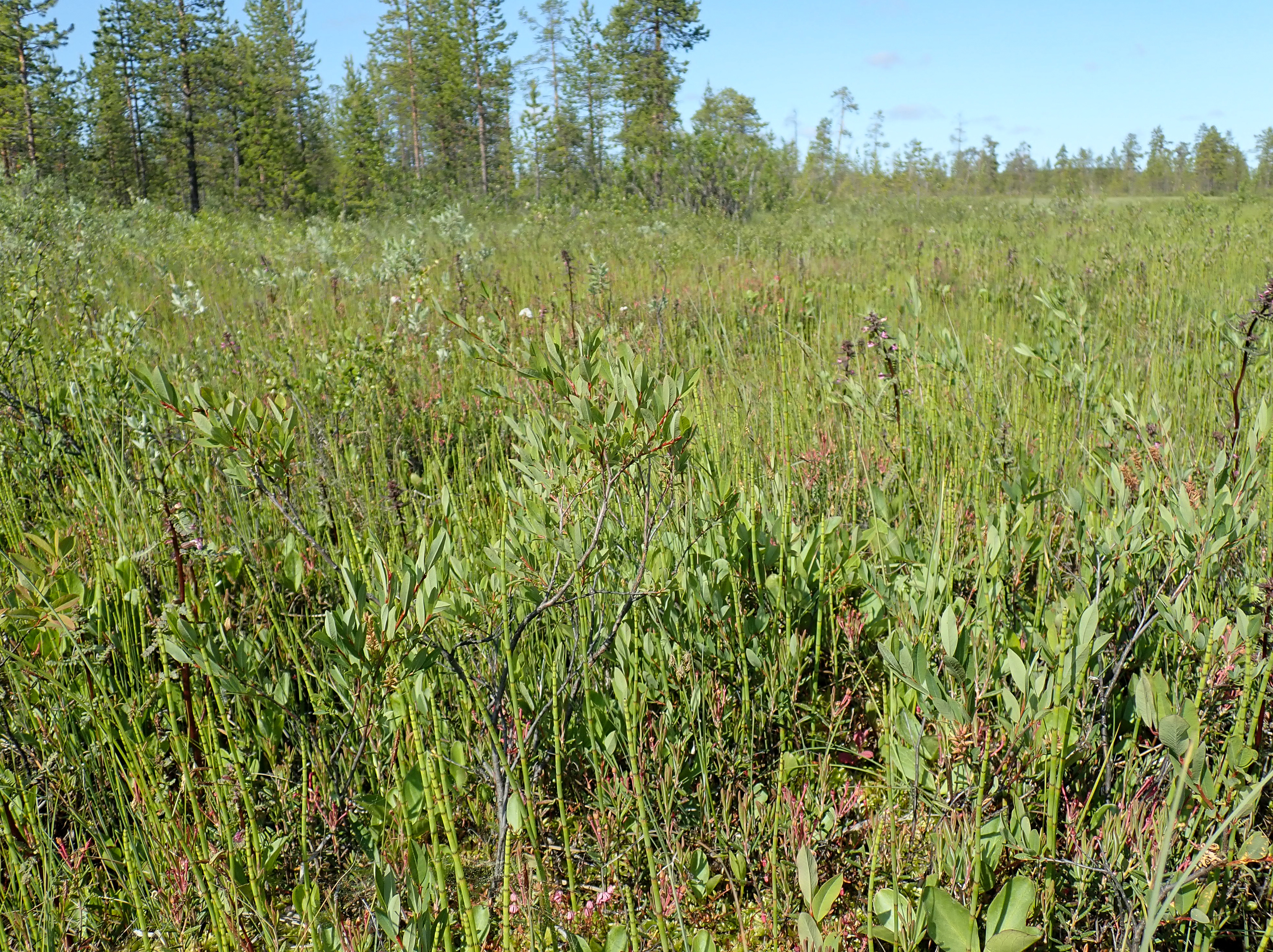 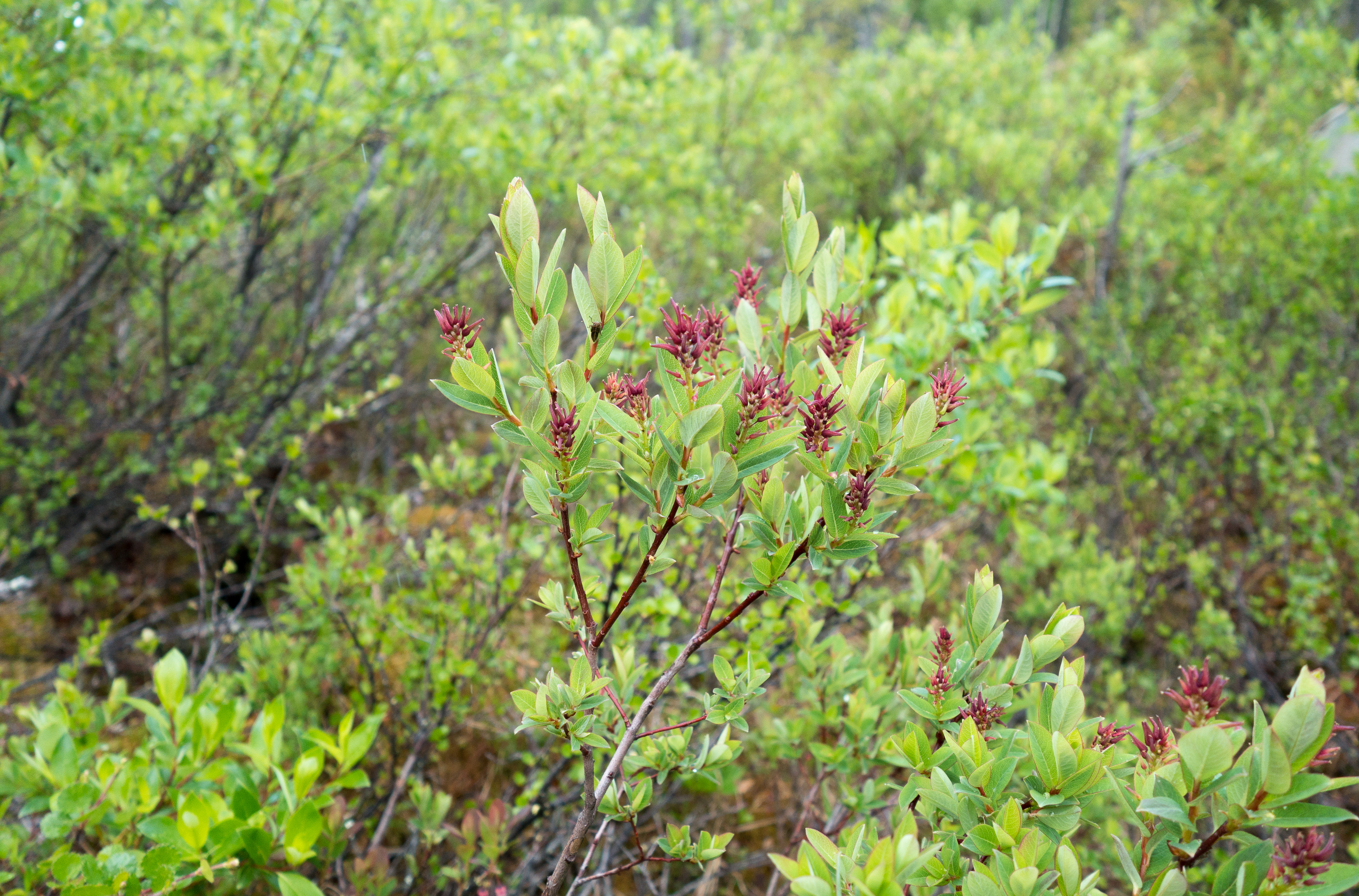 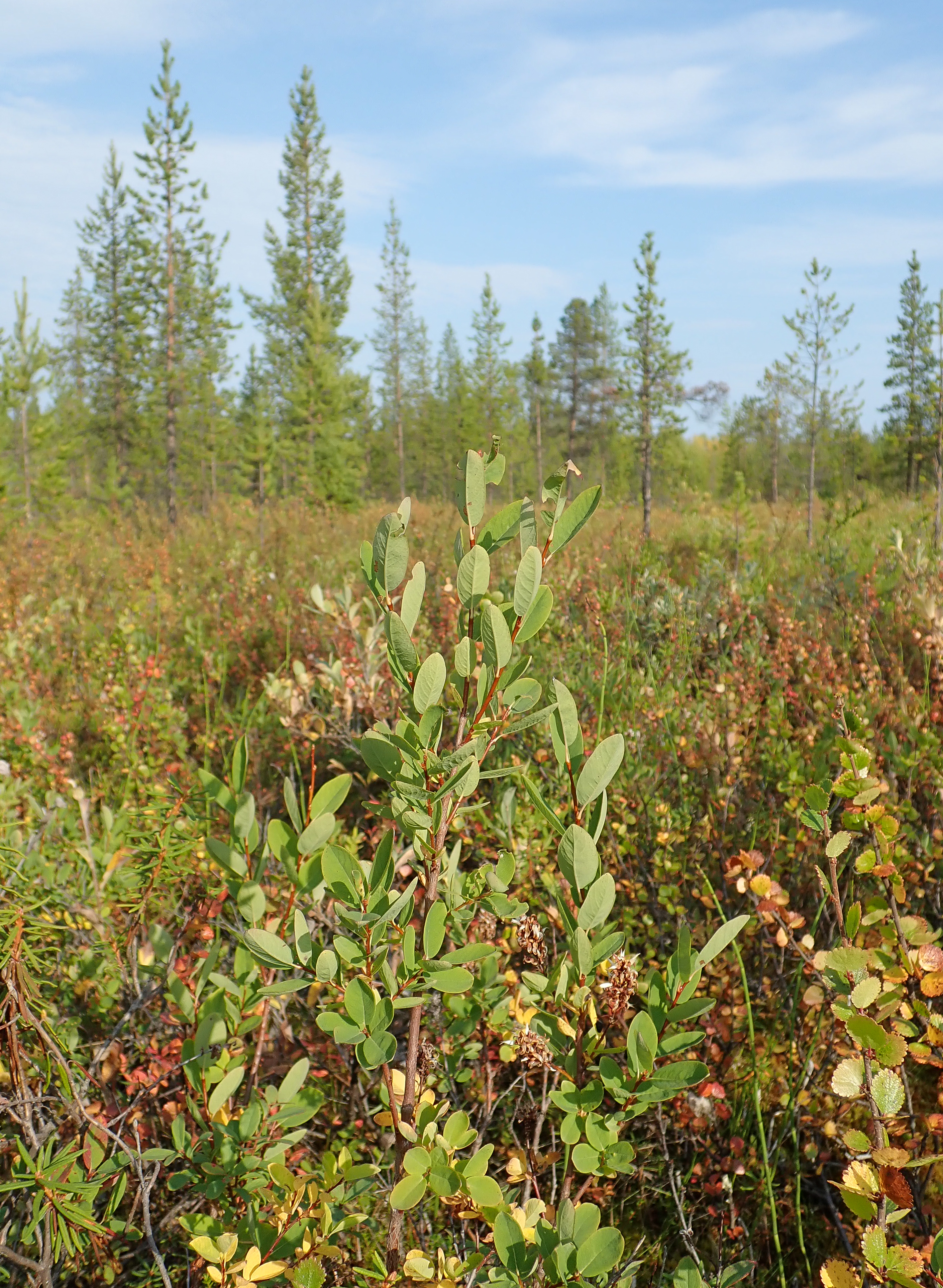 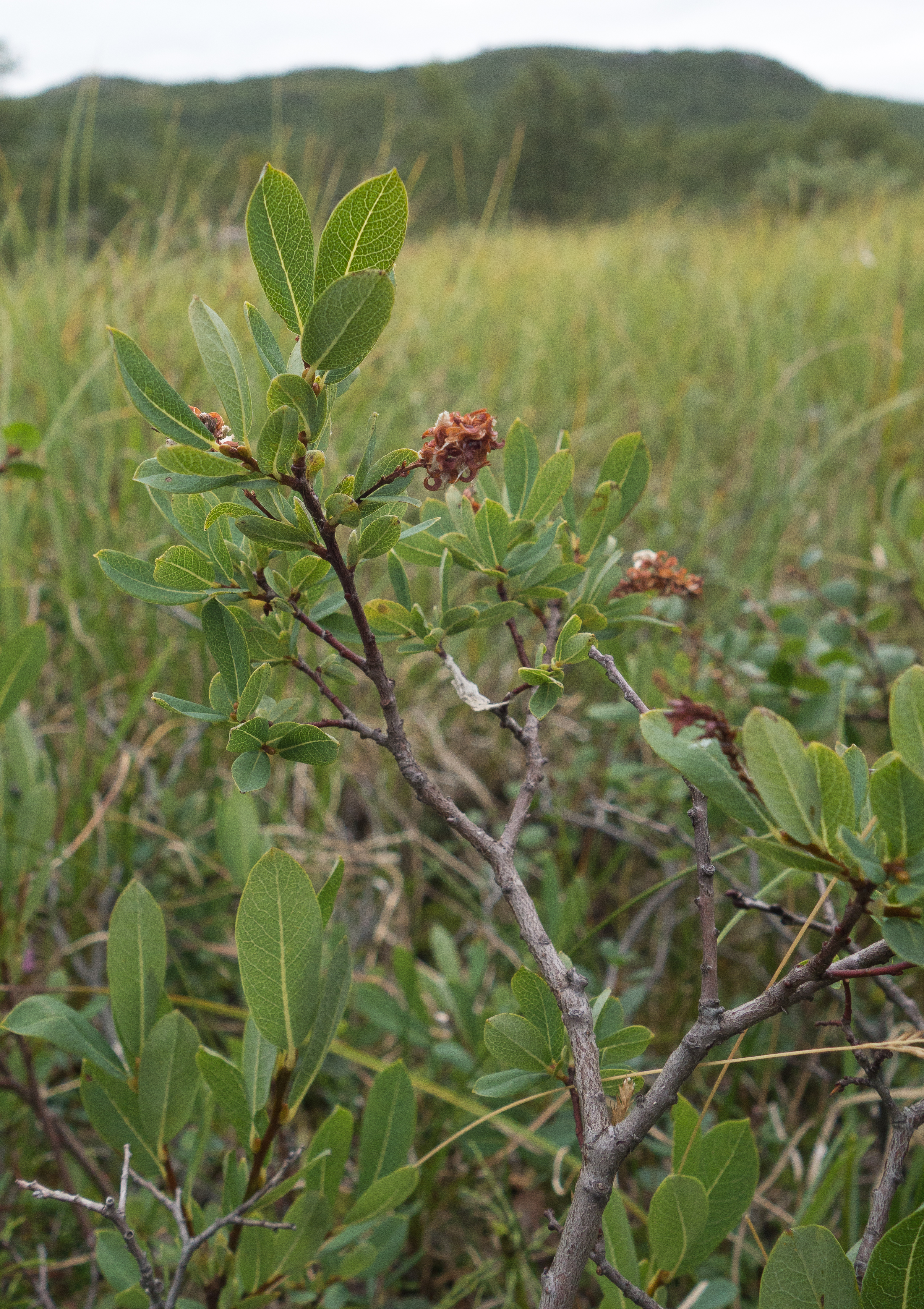 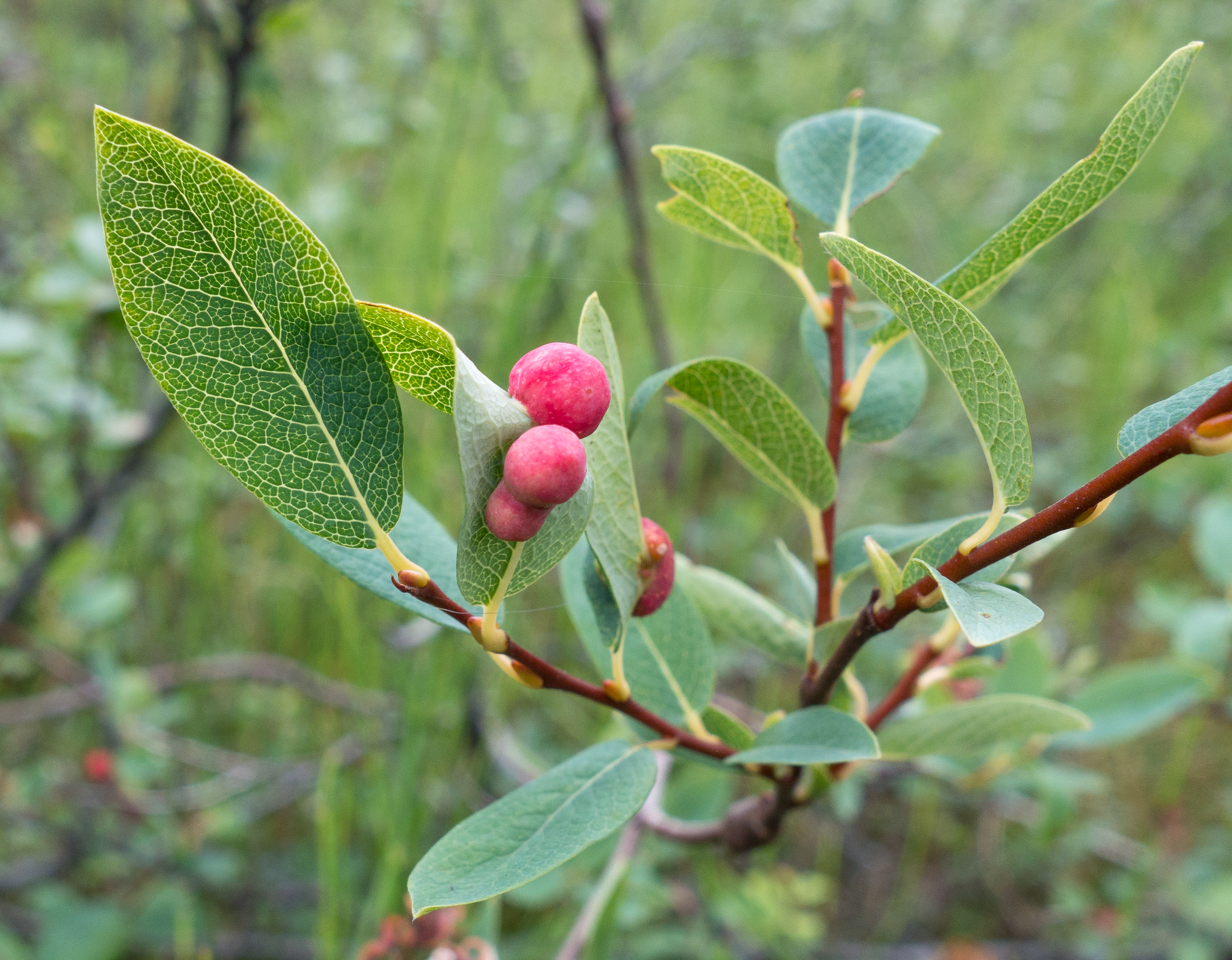 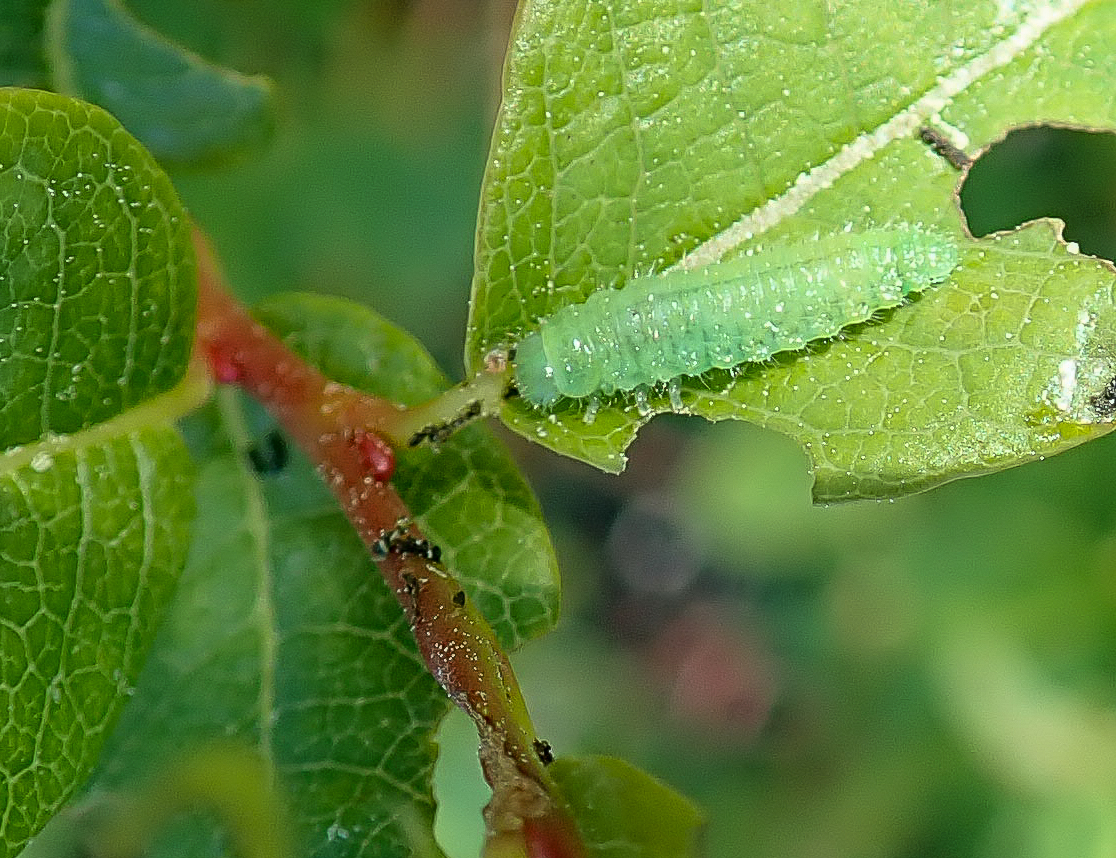 S. myrtilloides grows as undergrowth in moist spruce forests, but also on open bogs and swamps and wet places on fjells, often where water flows slowly. However, it is lacking from sites with low levels of nutrients. The species supports a few specialist gall-inducing sawfly species and is fed upon by coleopteran and lepidopteran larvae, but the relative rarity and northern distribution of S. myrsinites mean that both its herbivore and pollinator communities are poorly known.