Salix caprea is a large shrub or tree up to 15 meters in height that is generally identifiable based on its large and hairy leaves. The species grows in many different habitats, but is most abundant in relatively dry forest edges and clearcuts. S. caprea is widely distributed across the whole Europe and the central parts of Siberia. In Fennoscandia, it becomes rarer towards Lapland, but extends very far north in sheltered places along the Norwegian coastline. 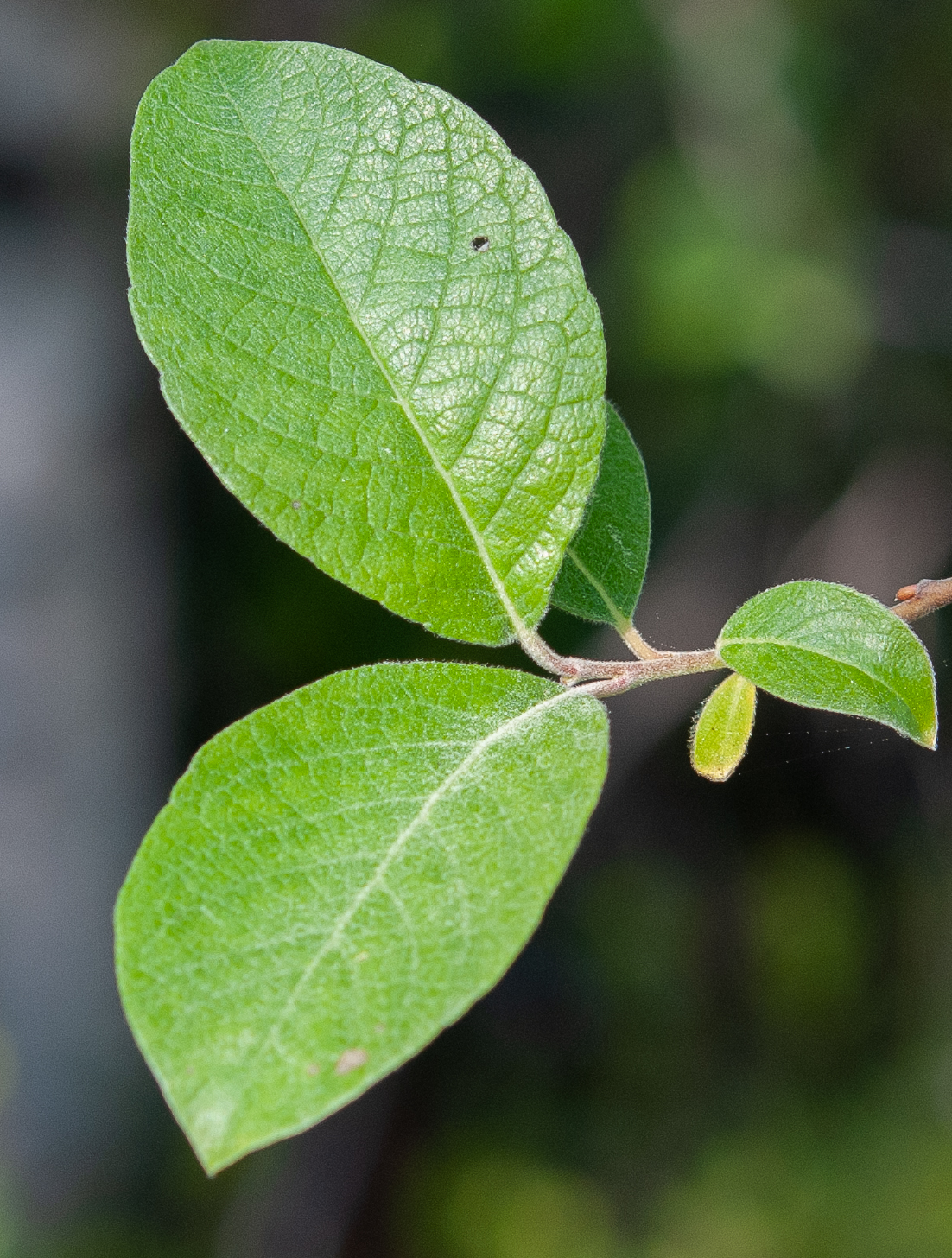 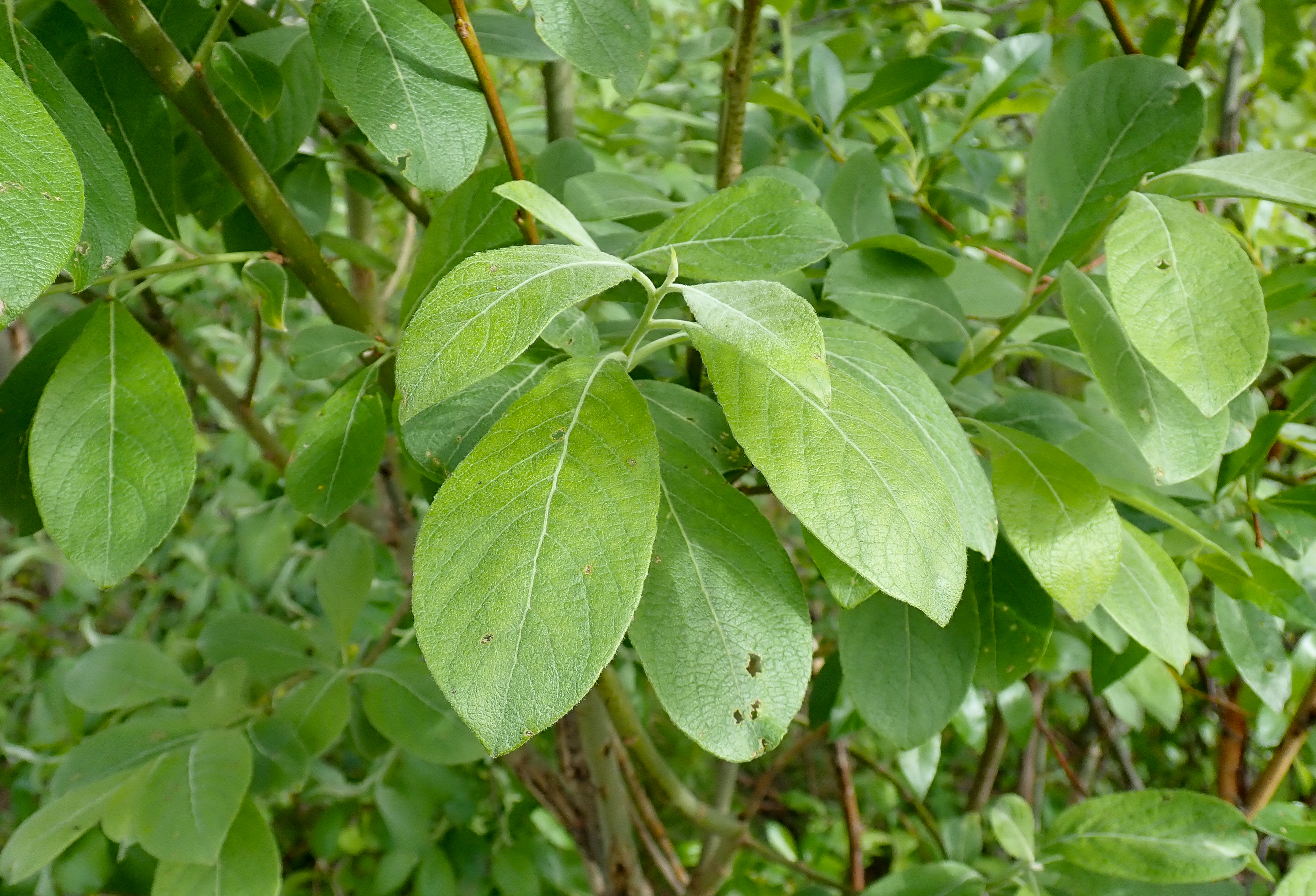 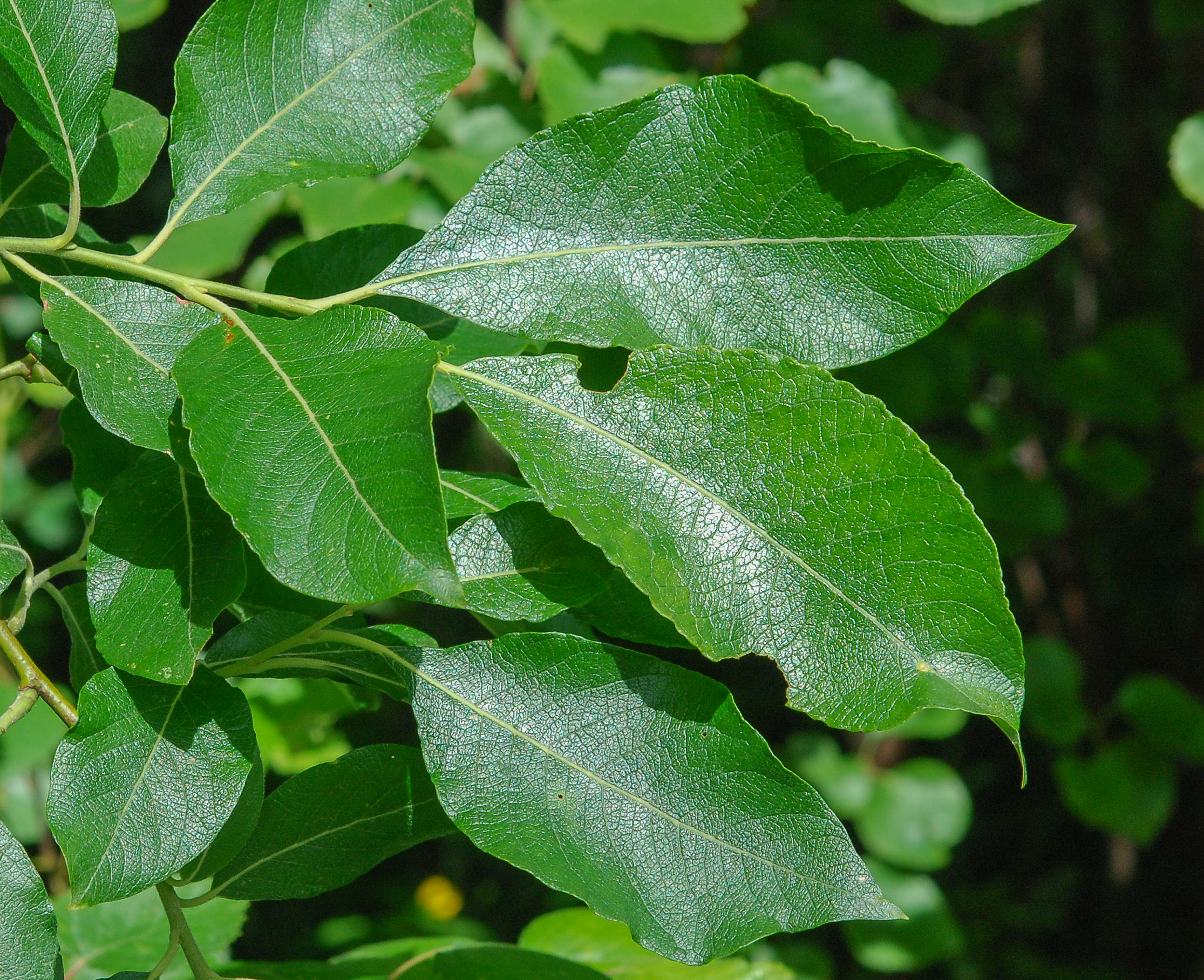 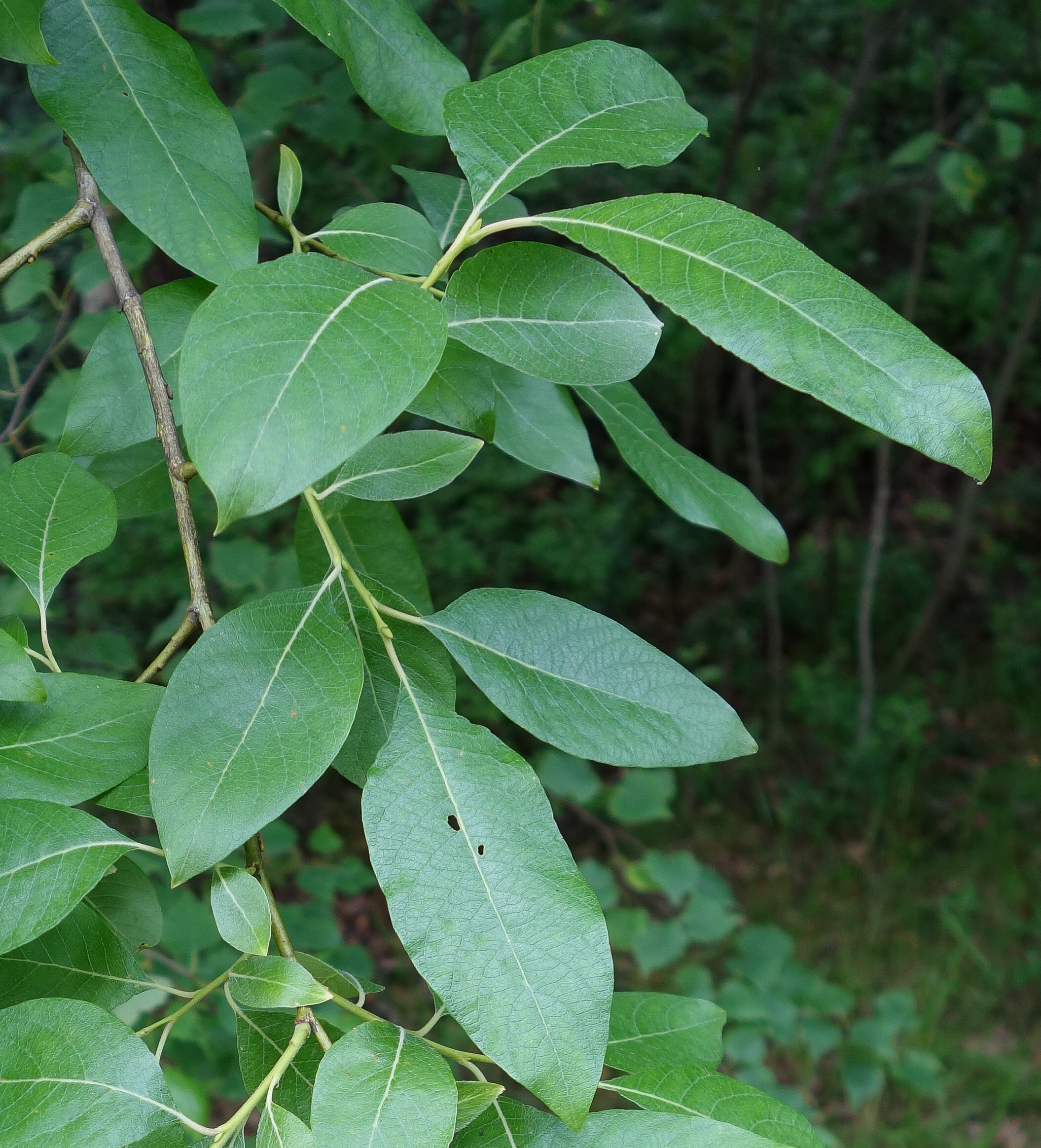 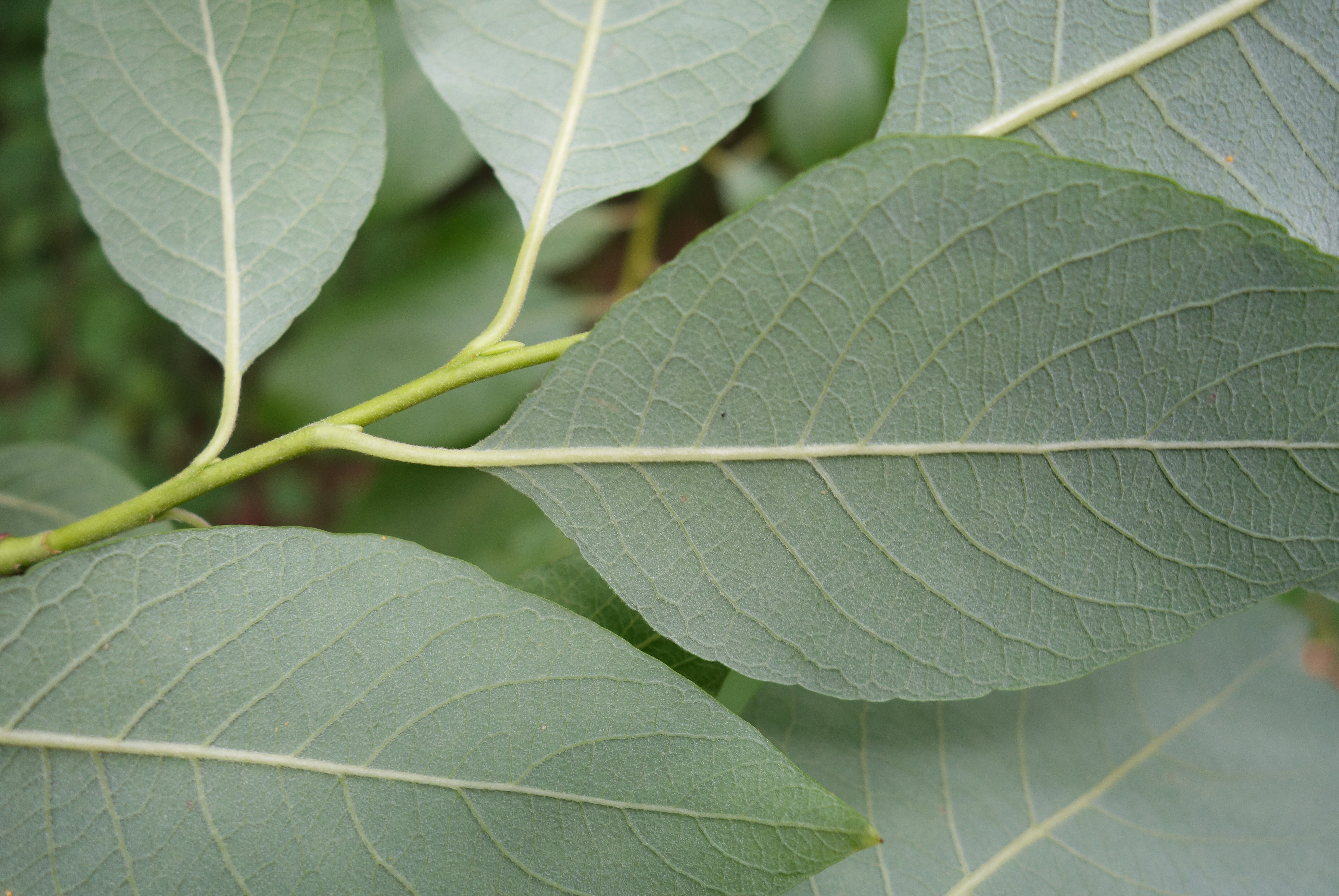 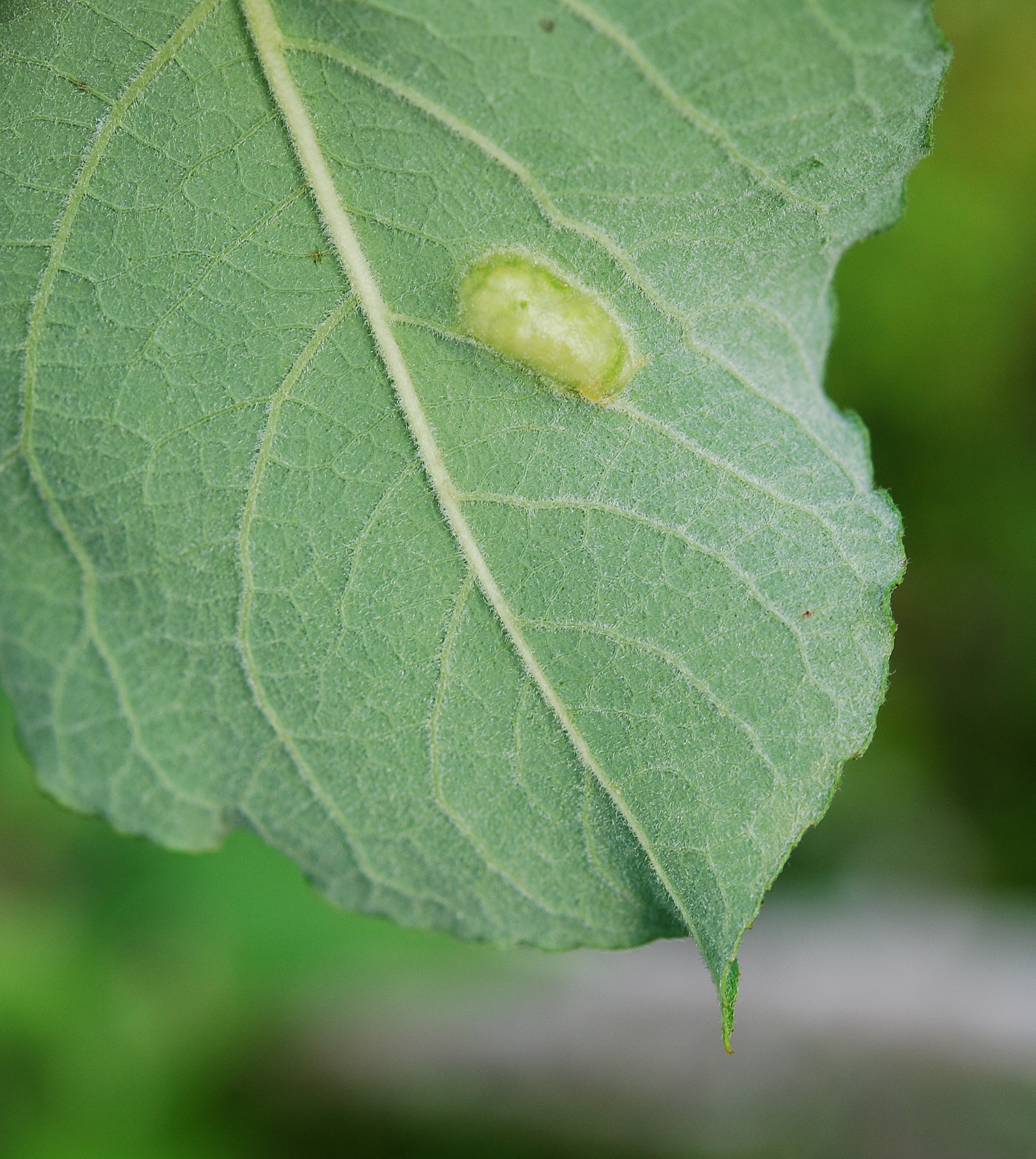 In comparison to most other willow species, the broadly oval-shaped leaves of S. caprea are very large. The upper side of the leaves is dull green and covered by short hair, but the pubescence can wear off, so that older leaves may eventually become glabrous and weakly shiny above. However, very short and dense pubescence is always present on the lower side of leaves, which therefore appear grey underneath. On the underside of leaves, short hairs are visible especially along the largest veins, which are slightly elevated from the surface. Veins on the upper side of leaves are typically finely sunken into the blade.

S. caprea shoots are robust and hairy, and have a green or brown color. Stipules are lacking, but may occasionally be present on shoots that grow very vigorously, for example, those resprouting from stumps of trees that have been cut down. 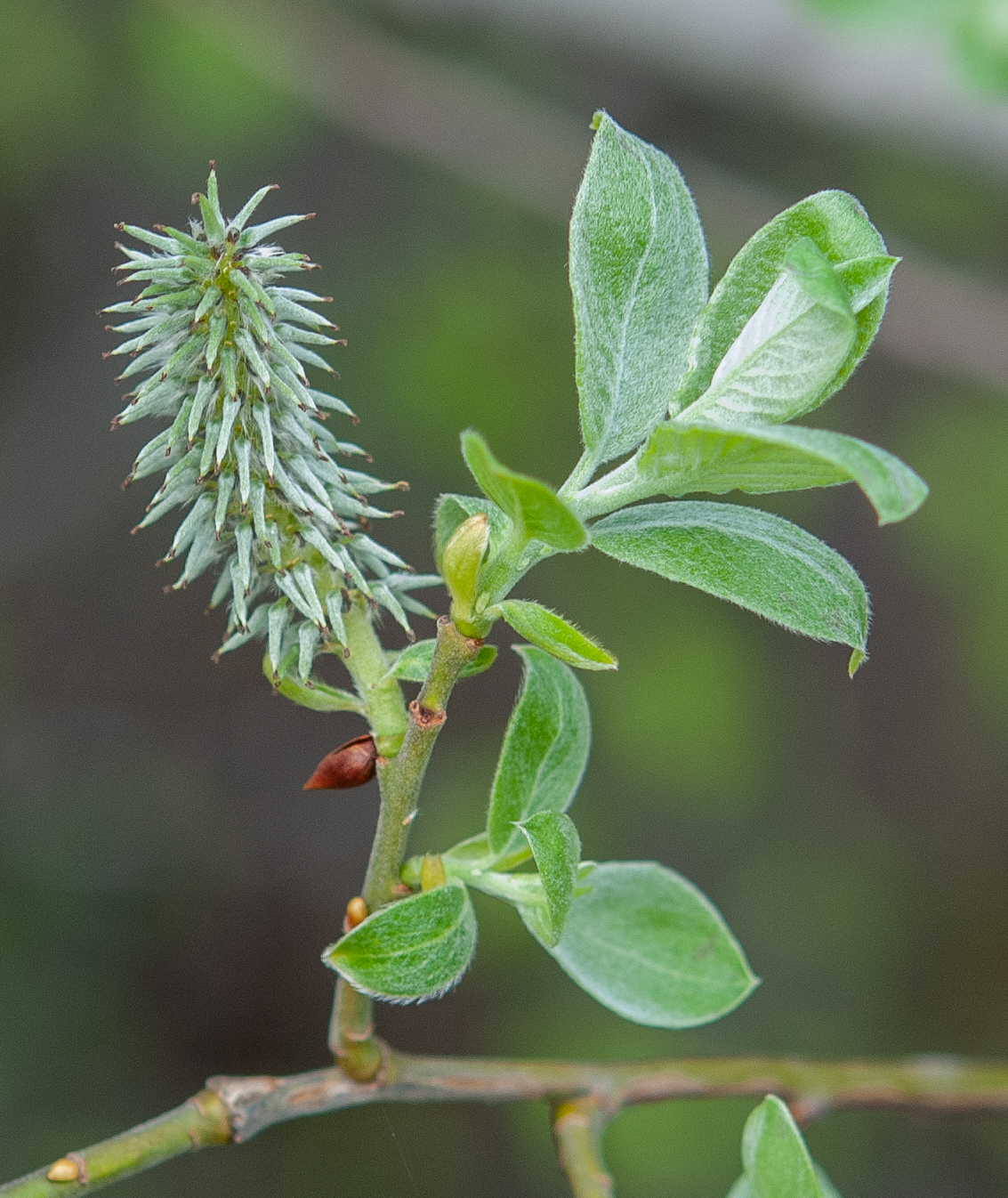 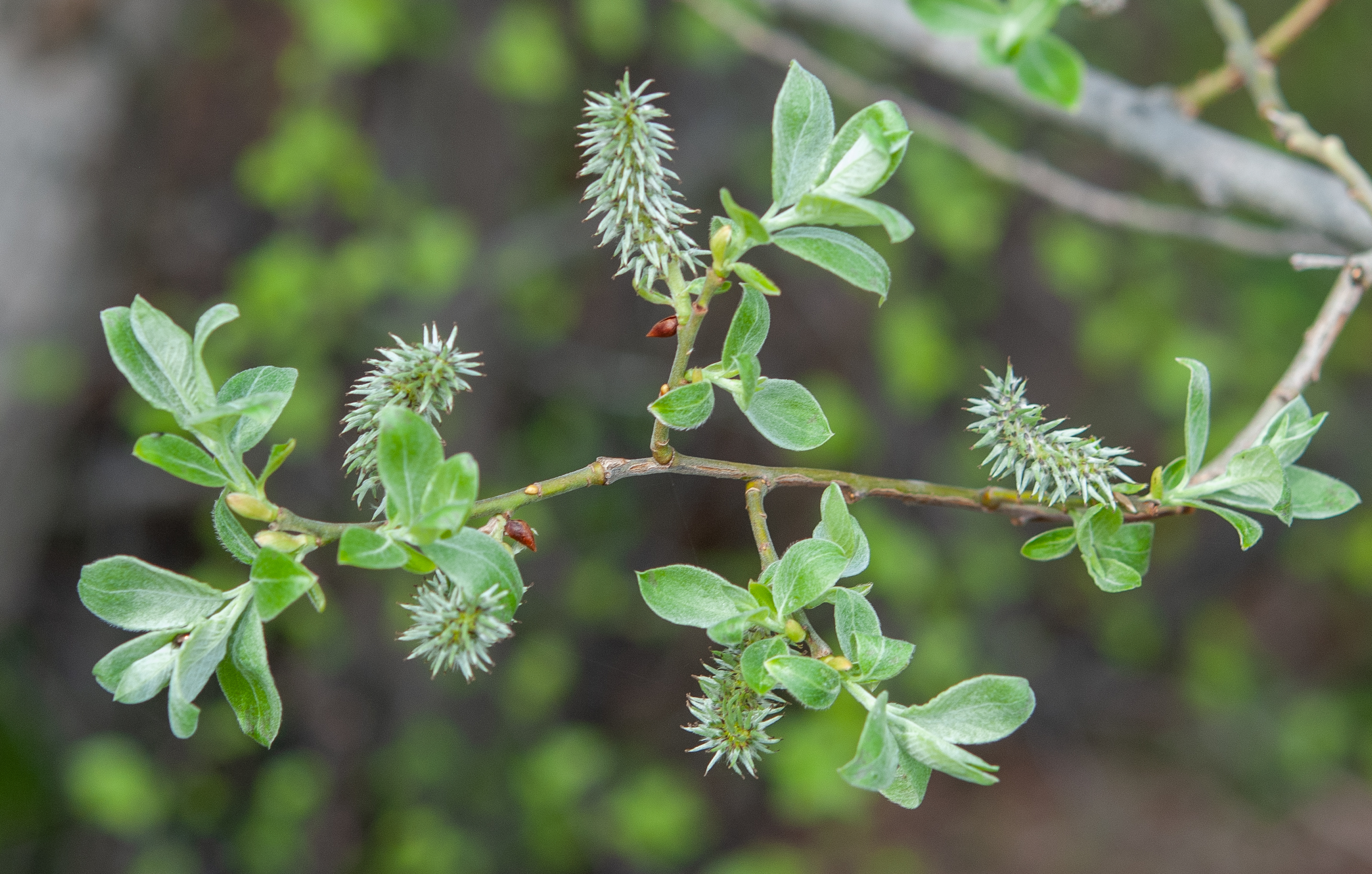 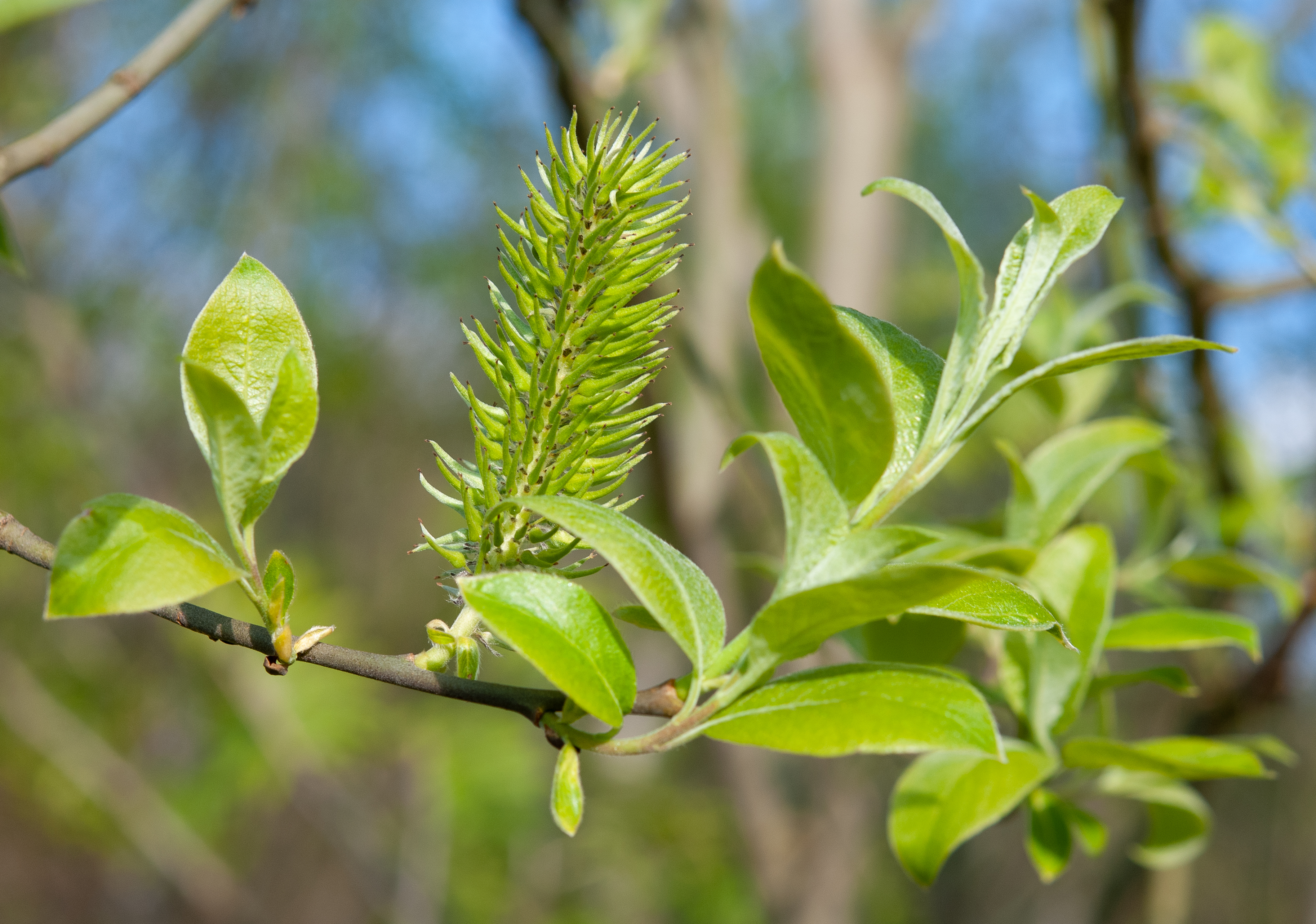 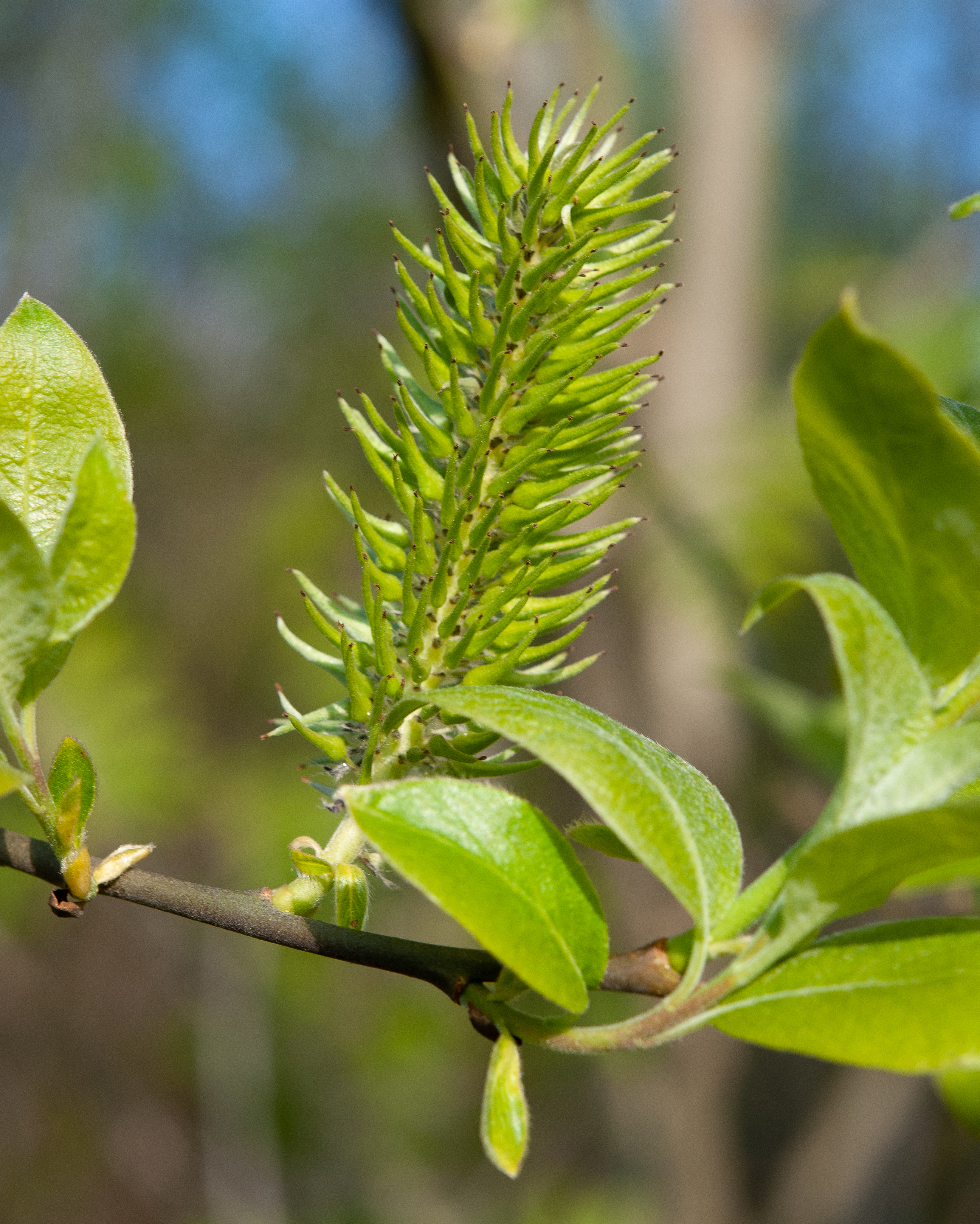 S. caprea is one of the earliest-flowering plants in the north, so it is very popular among bumblebees and other early-flying pollinators. Male and female inflorescences have very short stalks with at most a few small leaves. Individual mature fruits are thin and sparsely positioned around the erect central axis of the catkin. The capsules may be glabrous or covered by short pubescence. 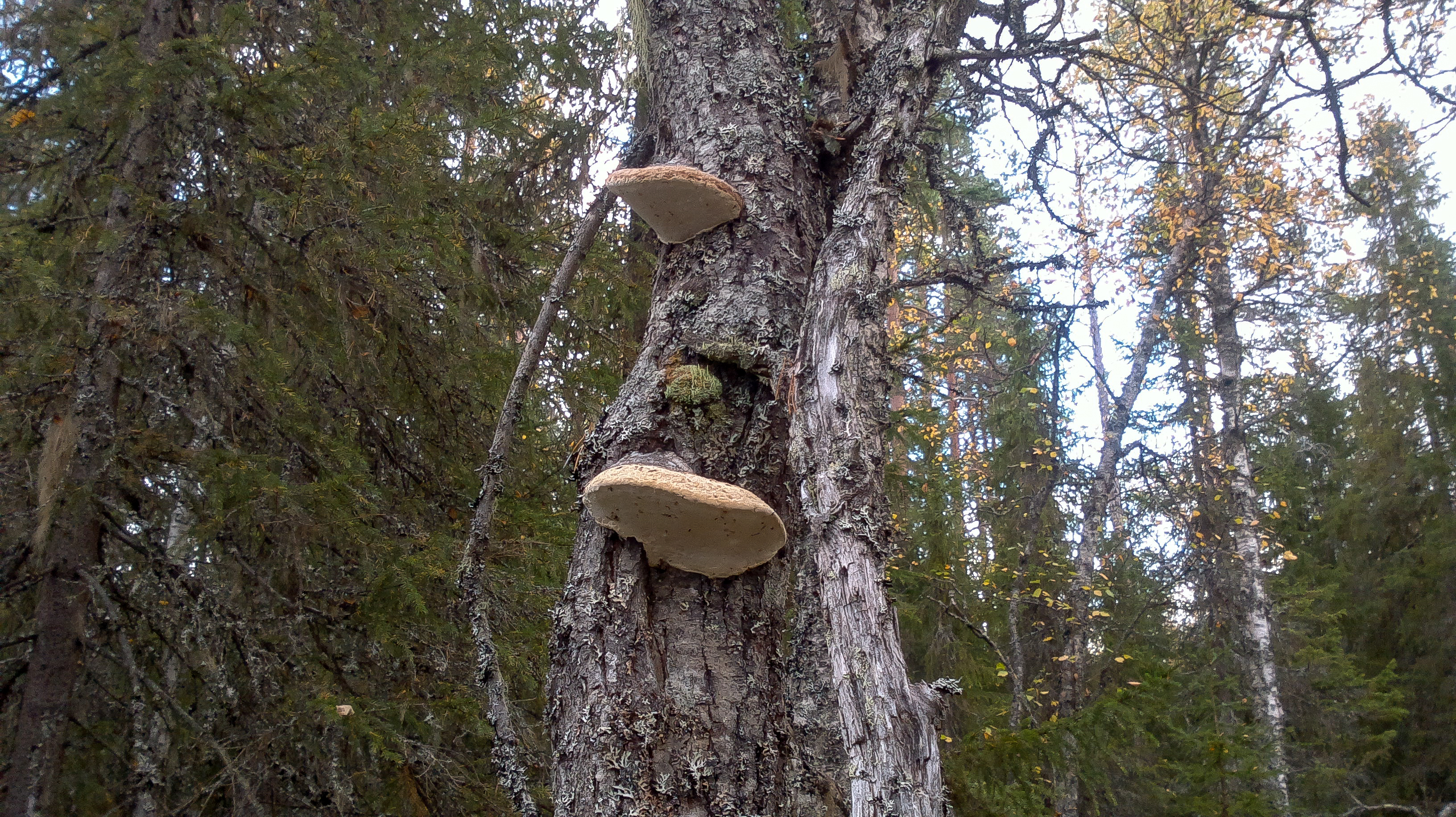 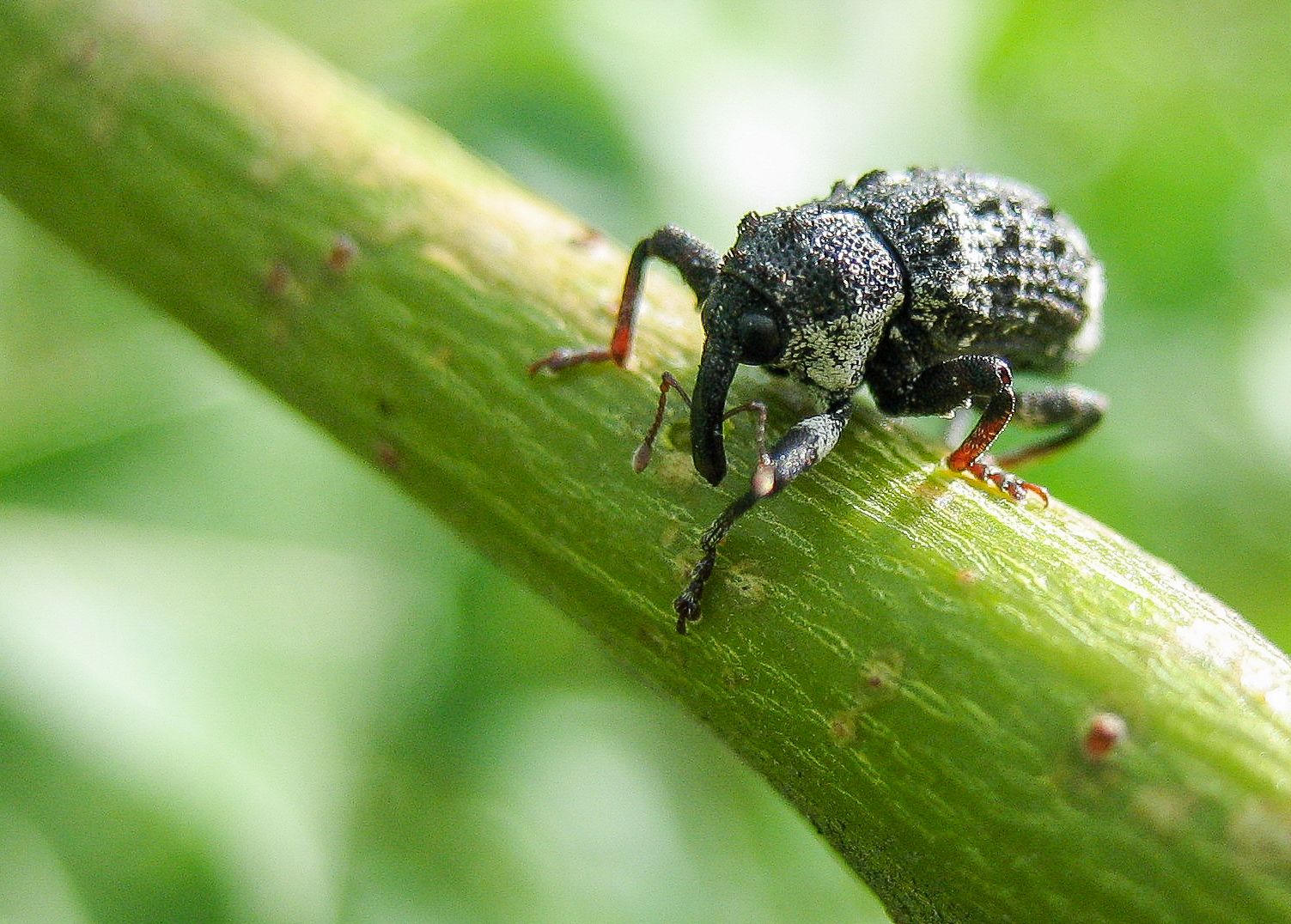 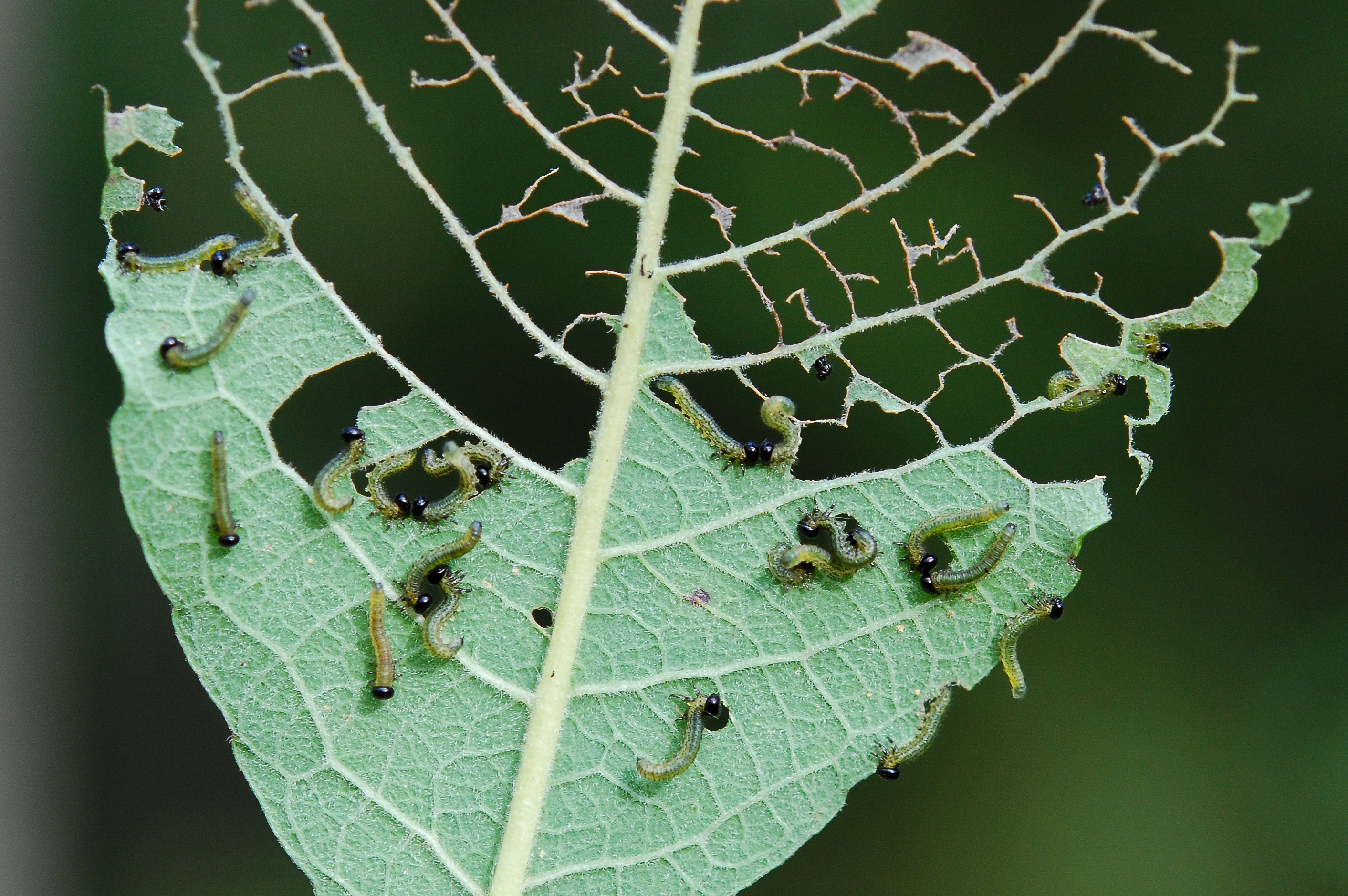 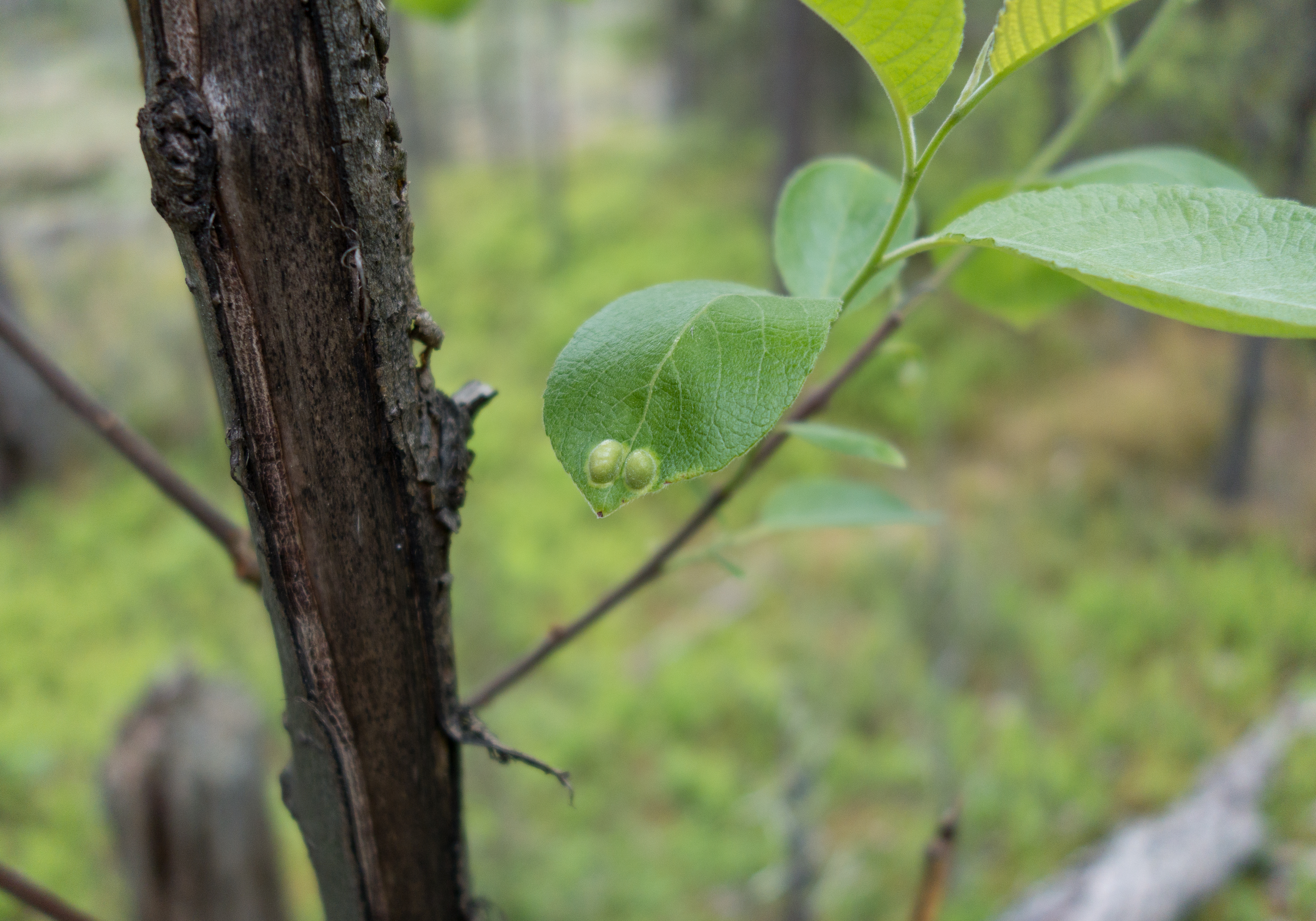 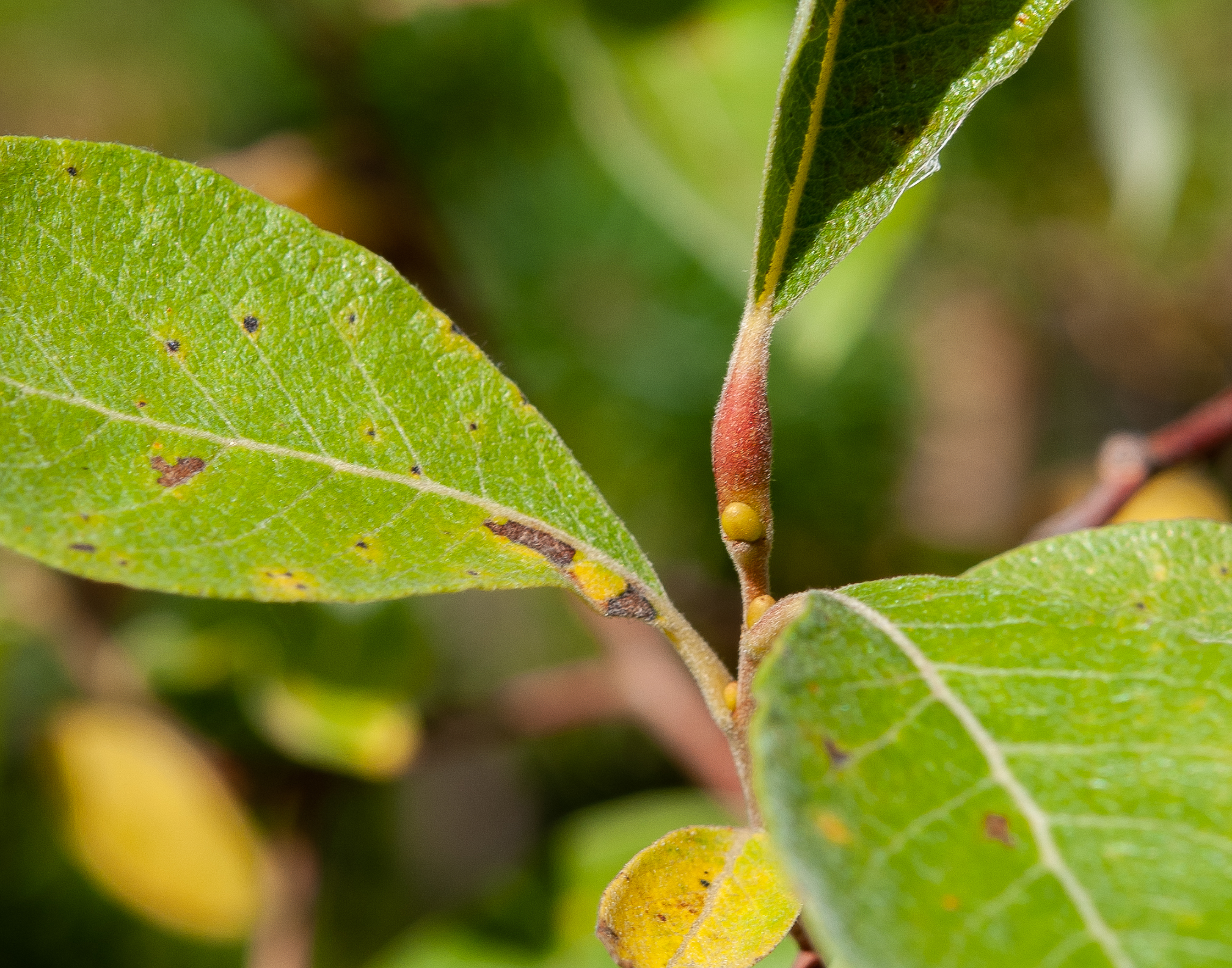 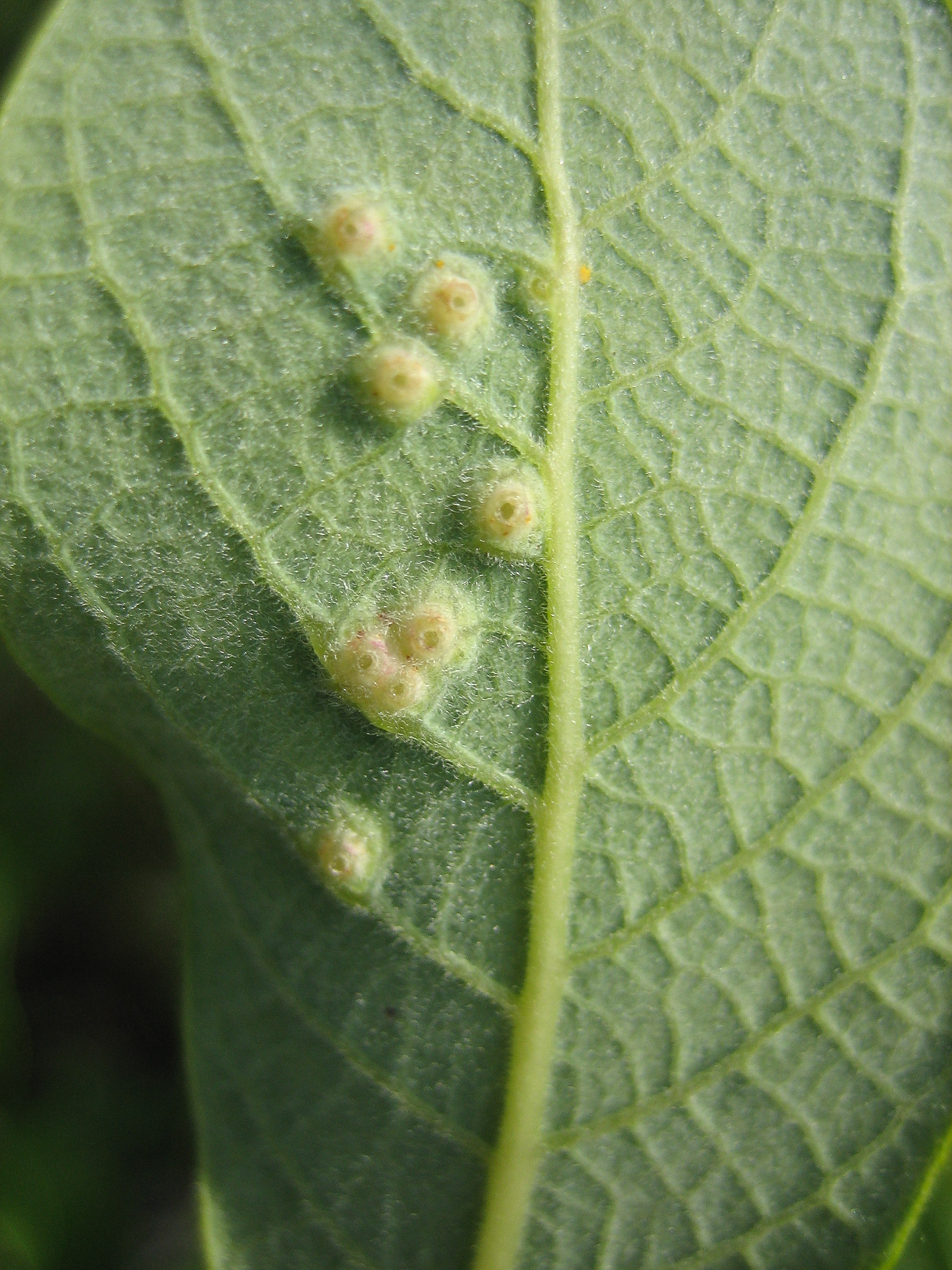 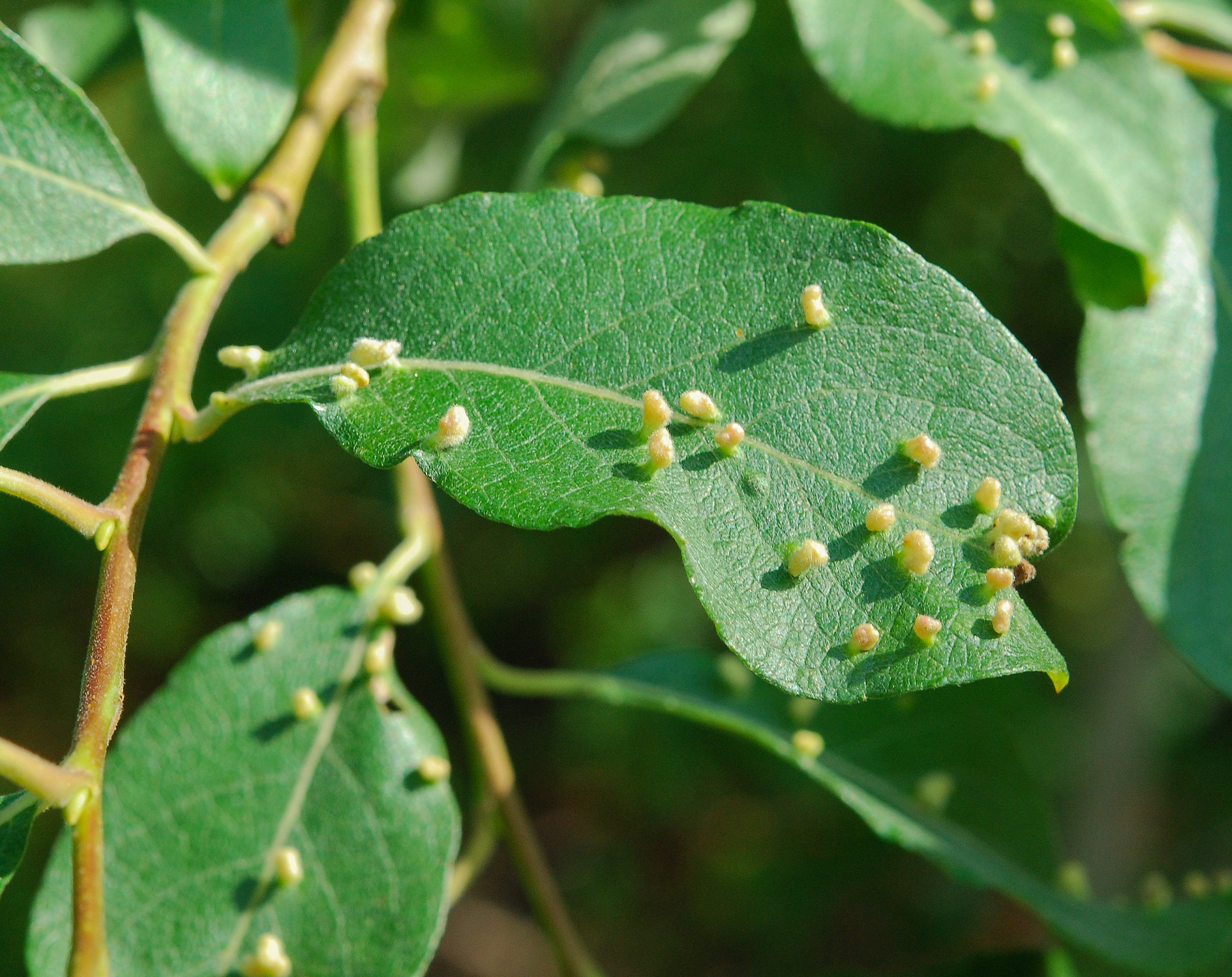 The abundace, large size, and early flowering period of S. caprea make it an important resource for insect pollinators in the spring. The large, robust leaves constitute the food source for a species-rich community of sawflies, beetles, and lepidopterans. Many different groups of gall-inducing arthropods specialize on S. caprea; these include nematine sawflies, gall midges, and gall mites. Because S. caprea grows to become a large tree, it is also attacked by specialist polypore fungi, such as the characteristically pleasant-smelling Haploporus odorus. Because modern intensive forestry practices have made old-growth mixed forests with slowly-dying S. caprea understory trees rare, H. odoratus is currently classified as endangered.