Salix lapponum L. is a small to medium-sized shrub that rarely exceeds 1.5 m in height. It is one of the earliest-flowering plants in the north, and therfore constitutes an important source of nectar and pollen for early-flying pollinators such as many bumblebee species. Its main distribution range is in the northern parts of Europe and western Siberia; the close relative S. helvetica occurs in the Alps. 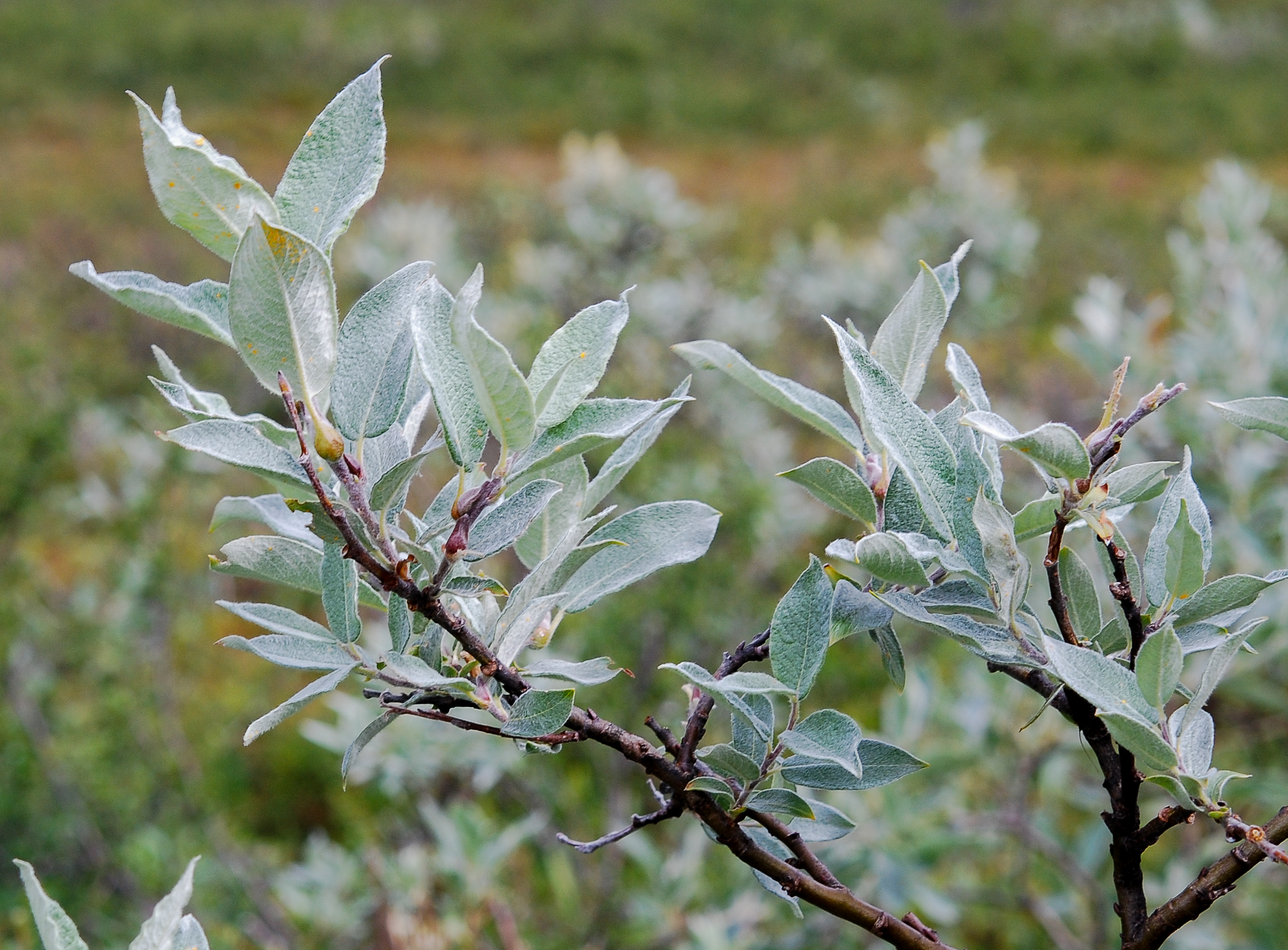 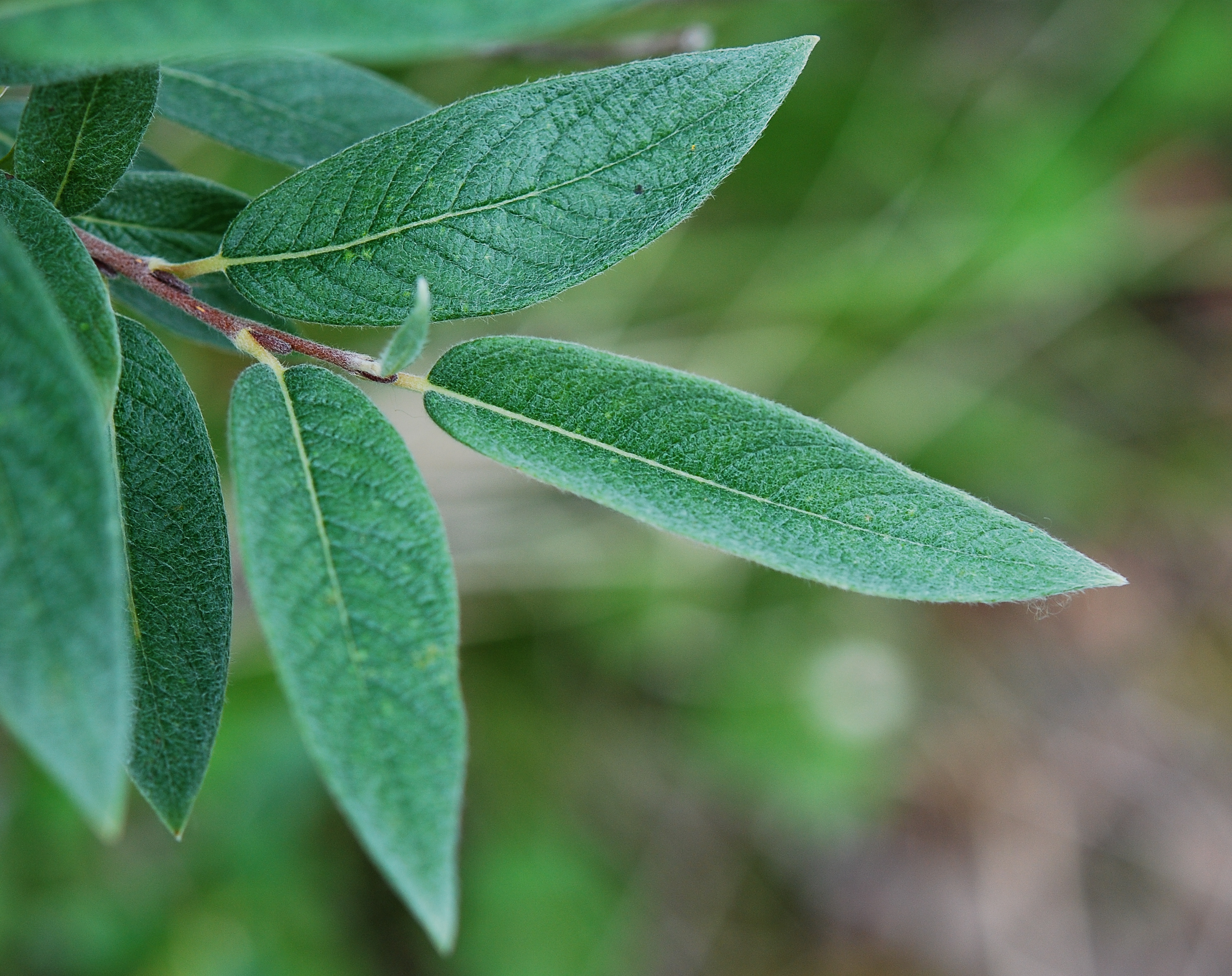 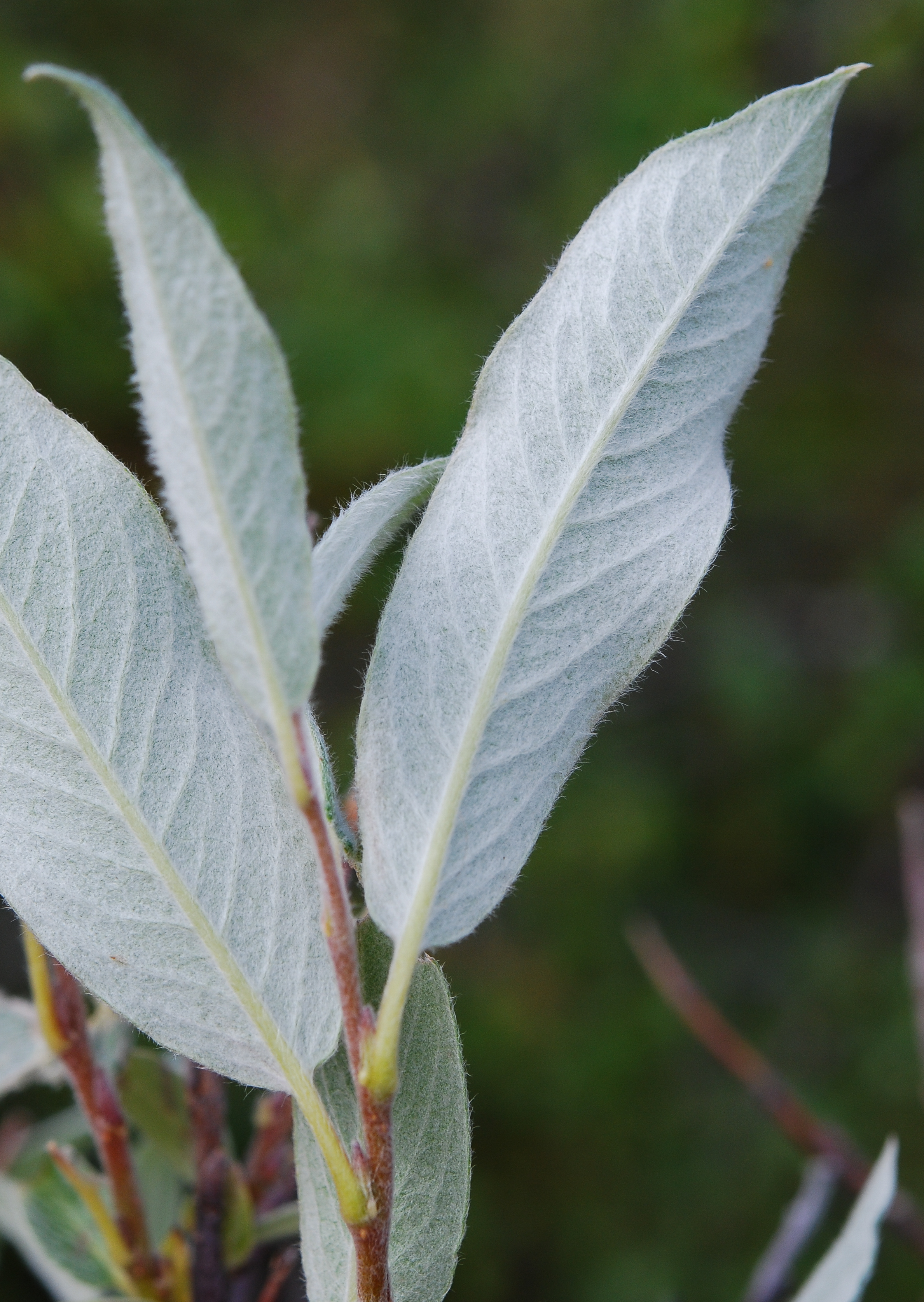 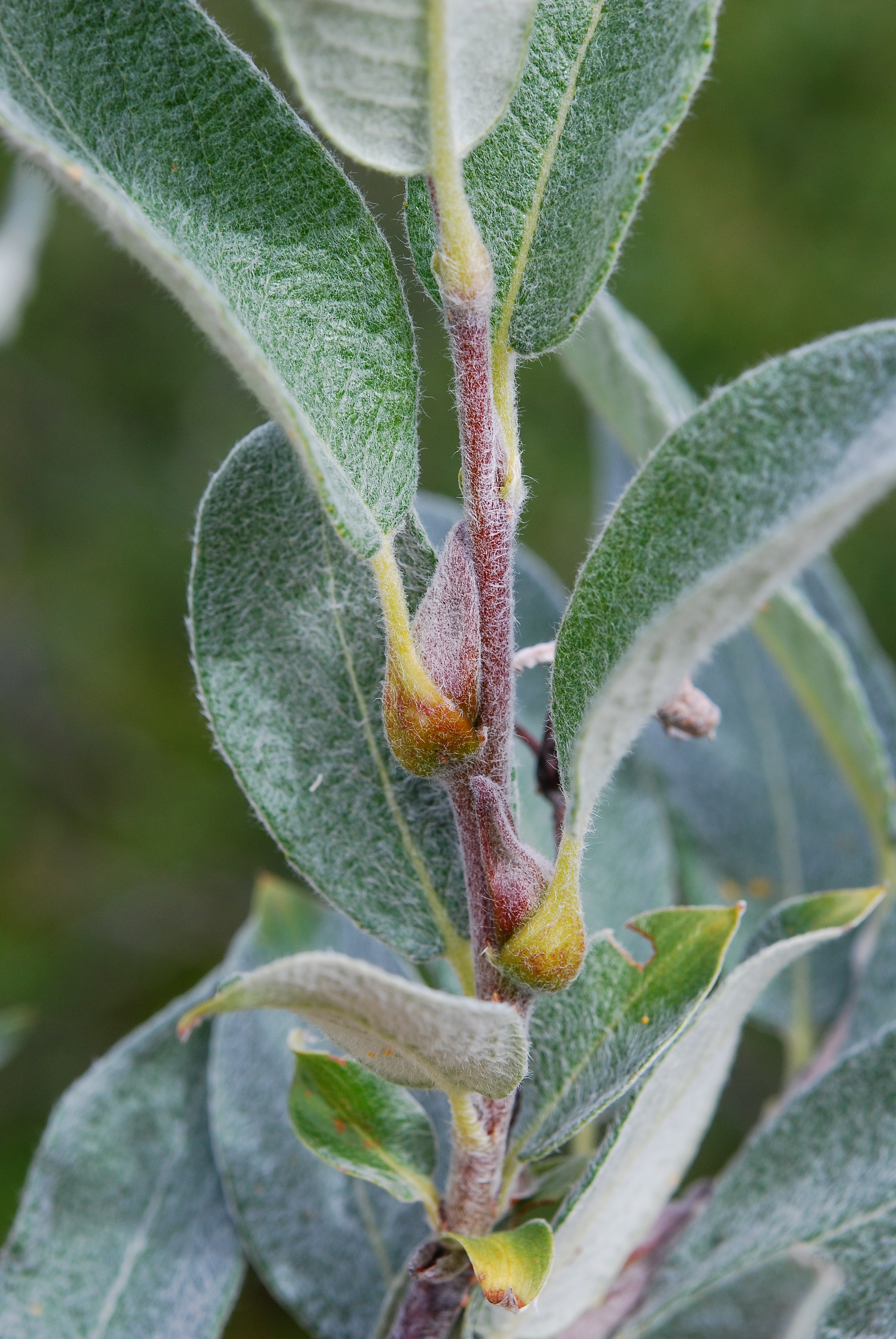 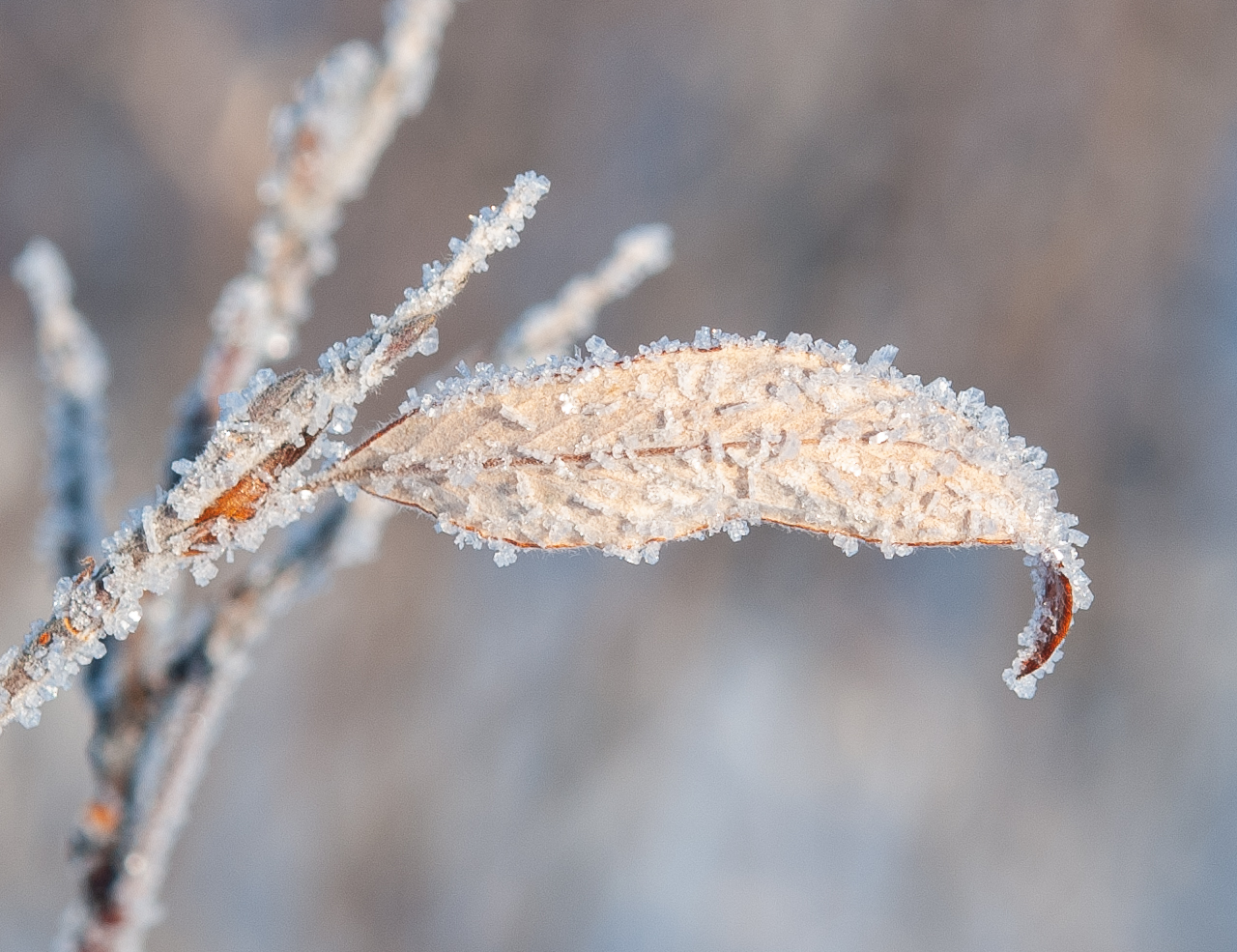 S. lapponum leaves are elongated and covered in more or less dense grey pubsecence on both sides. Leaf veins are depressed on the upper side of the leaf, and elevated from the leaf surface on the lower side. Leaves are often wavy and bent, and the edge is typically curled downwards. The brown or green current-year shoots are hairy. Especially flower buds are very large and partially covered by thickened and expanded petiole bases. Stipules are lacking.

S. glauca superficially resembles S. lapponum, and the two often grow in intermixed stands. However, the species are separable by checking the leaf undersides, which are flat without erected veins in S. glauca (veins always protrude from the lower surface at least in the uppermost leaves in S. lapponum). 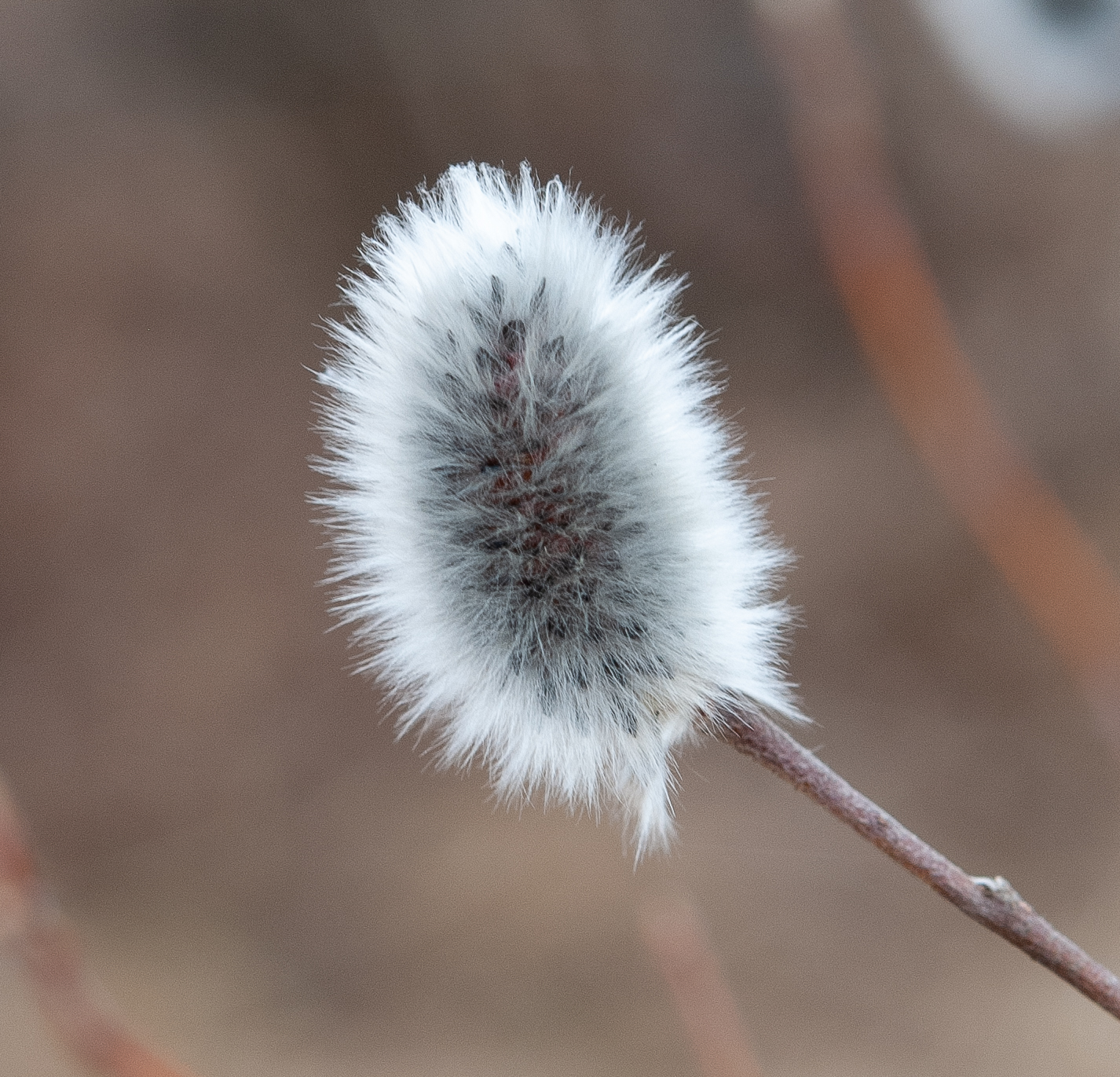 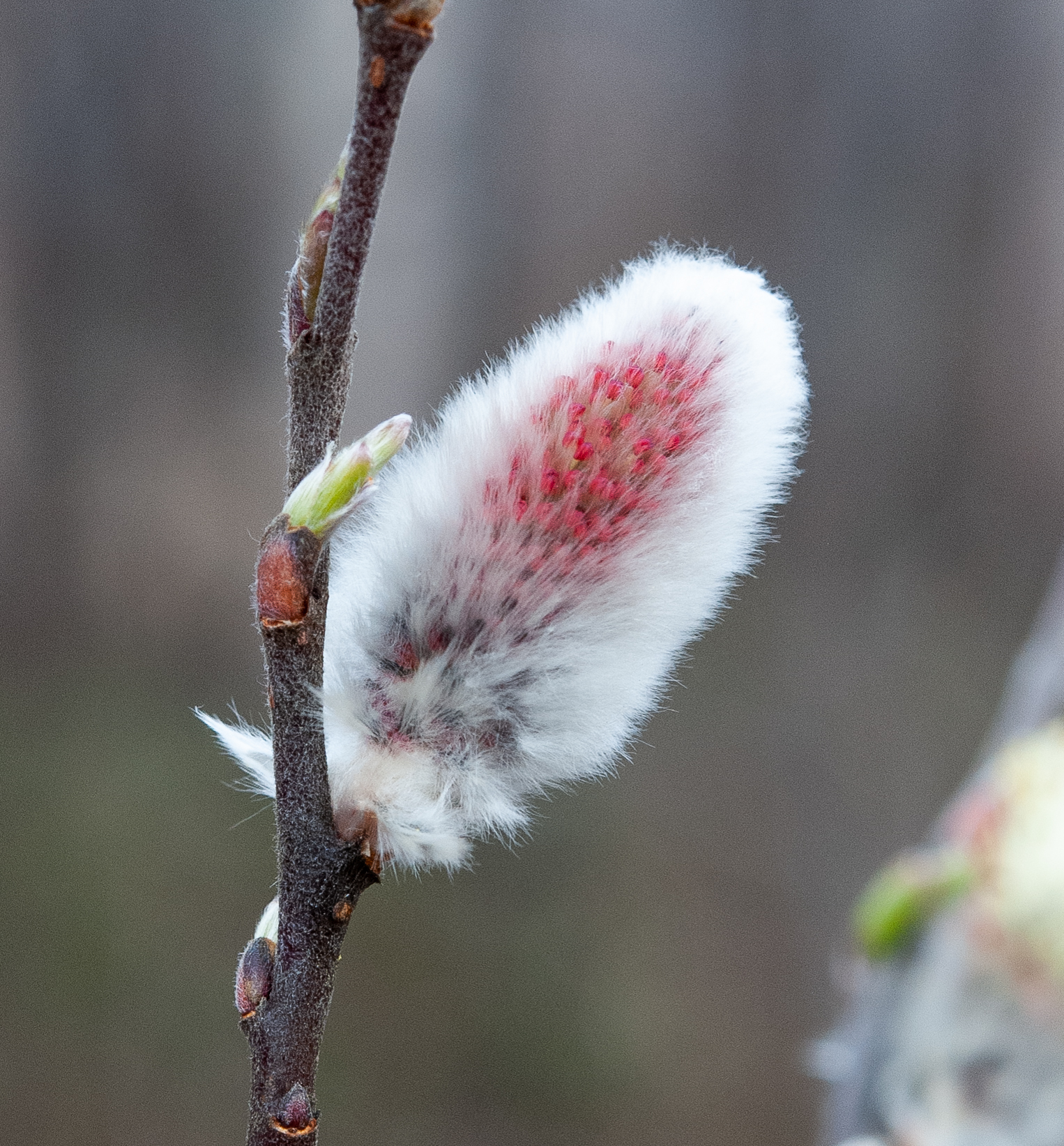 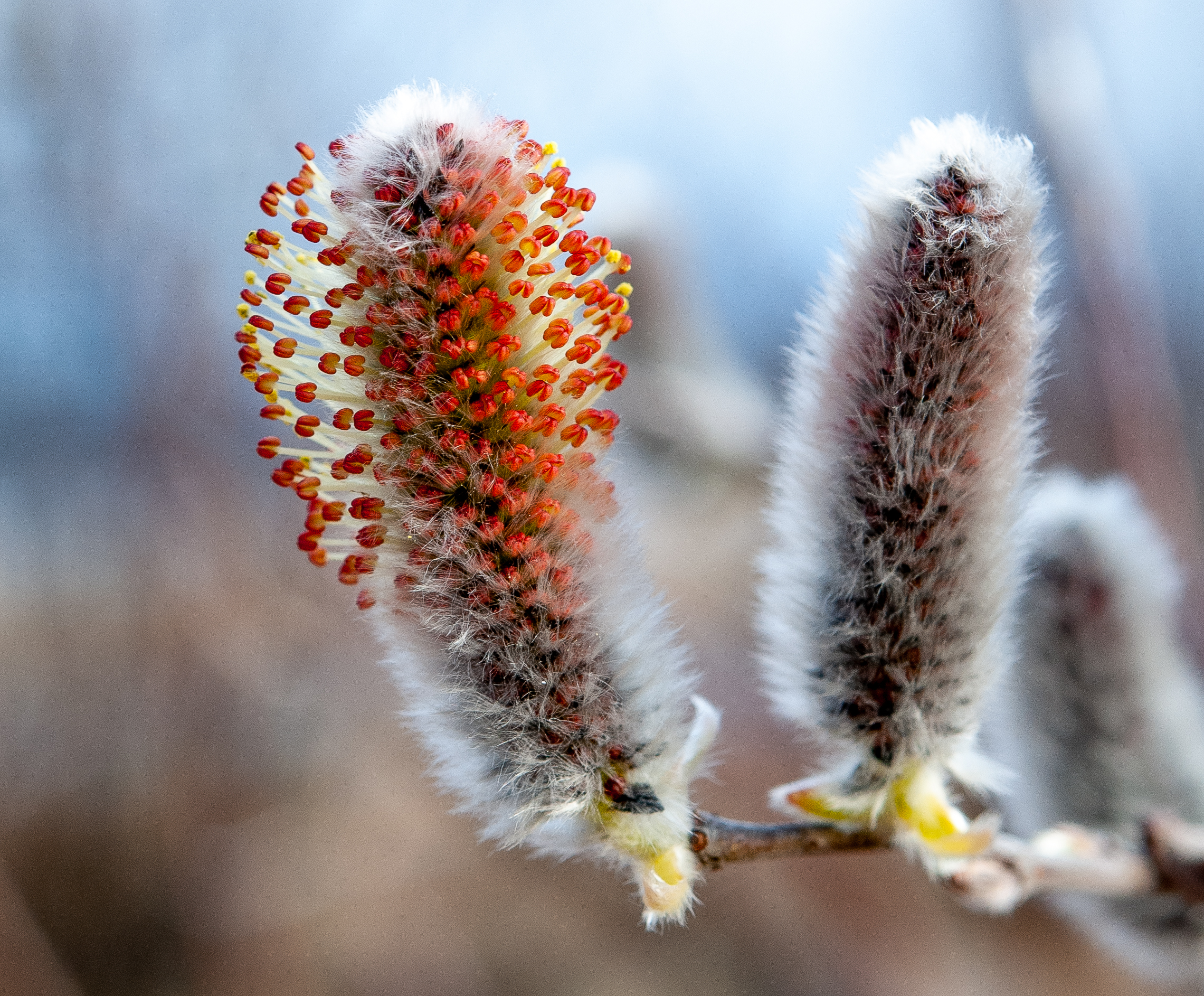 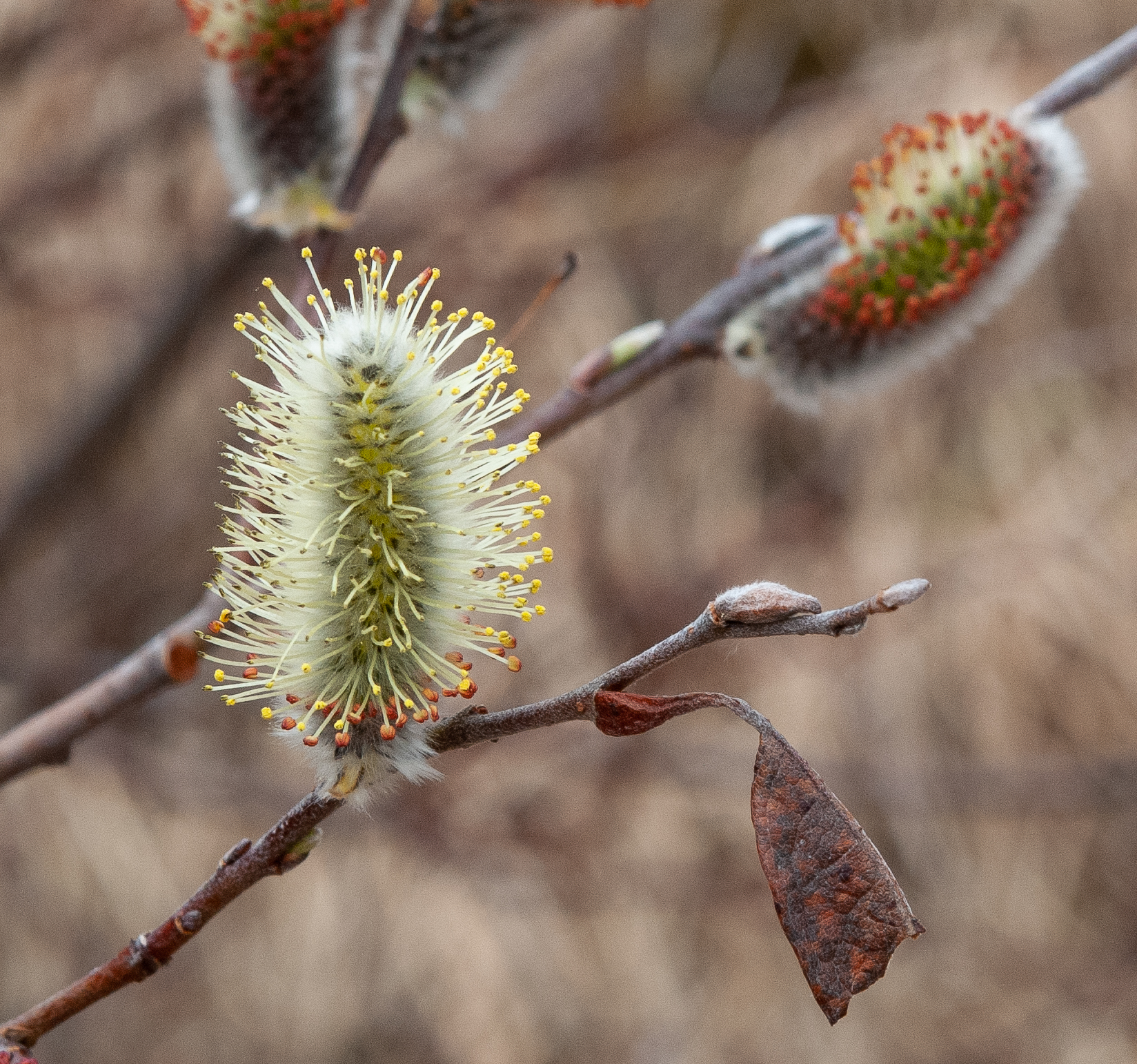 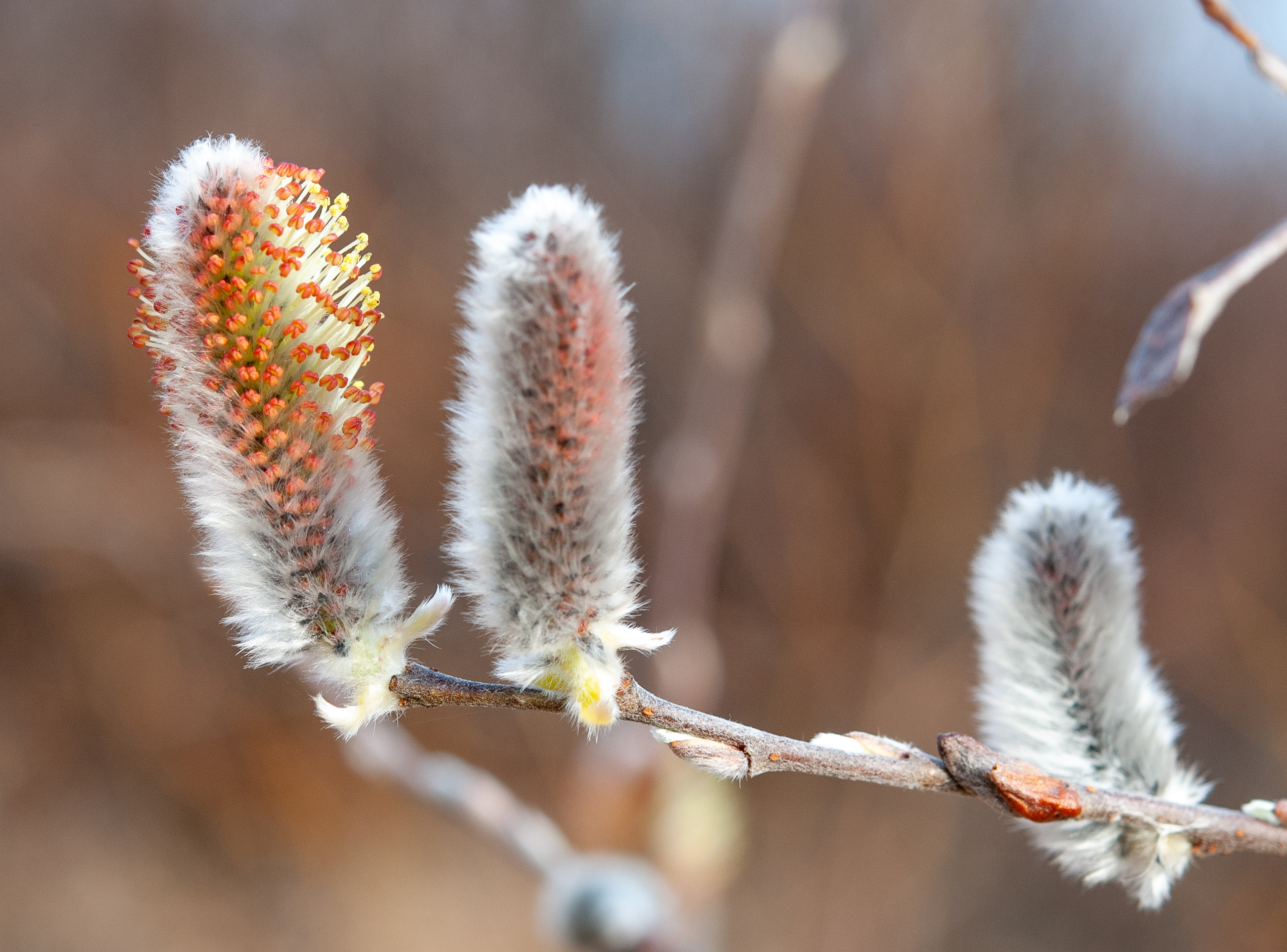 Male inflorescences open up early in the spring, before leafburst and at a time when snow and ice still partially cover the surroundings. Anthers are initially red or orange, but turn increasingly yellow through the flowering period. Inflorescences are supported by very short and usually leafless stalks. Bracts are black. 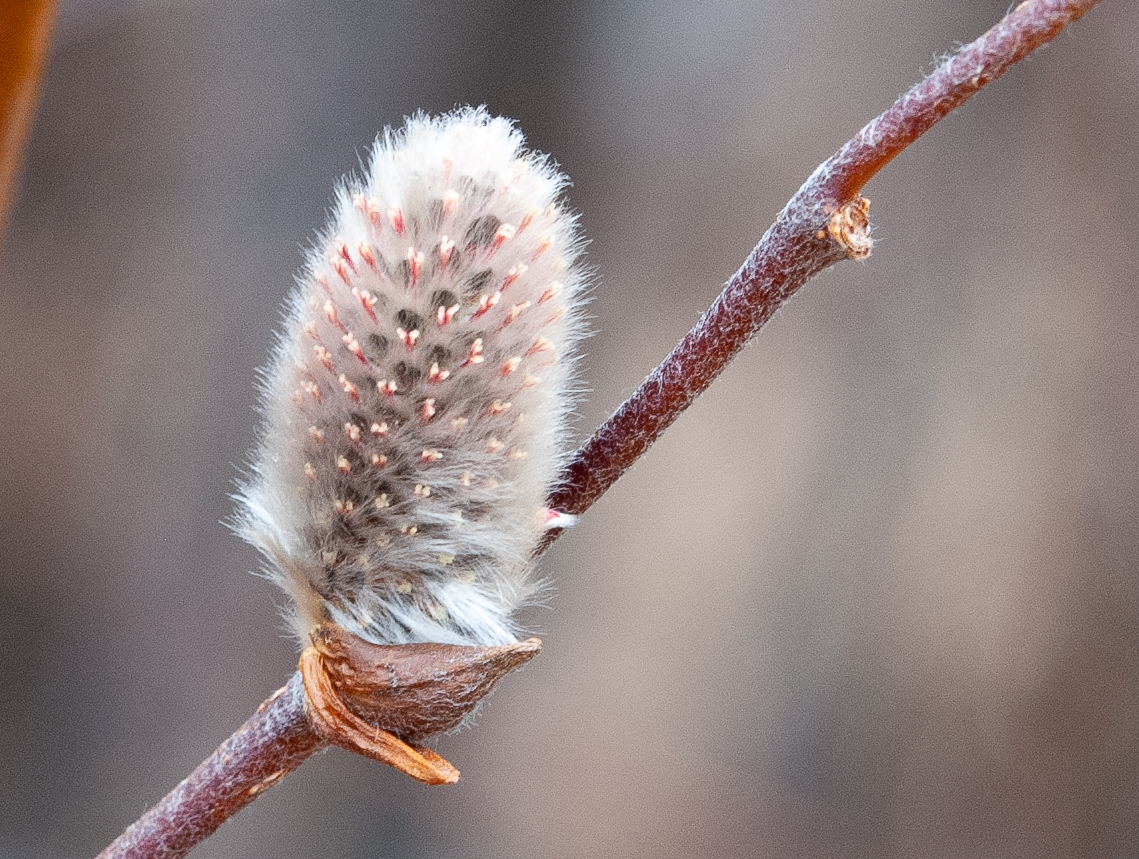 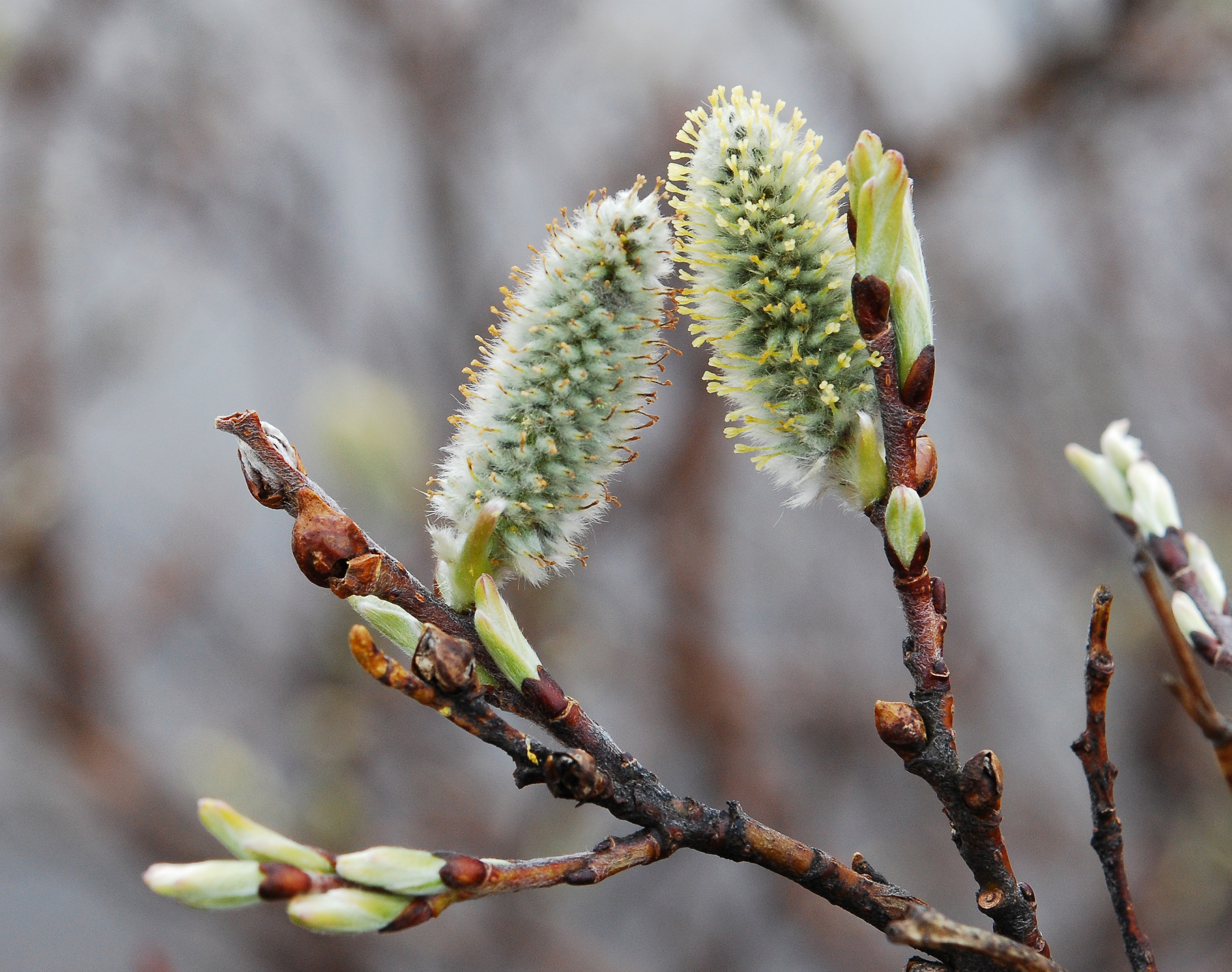 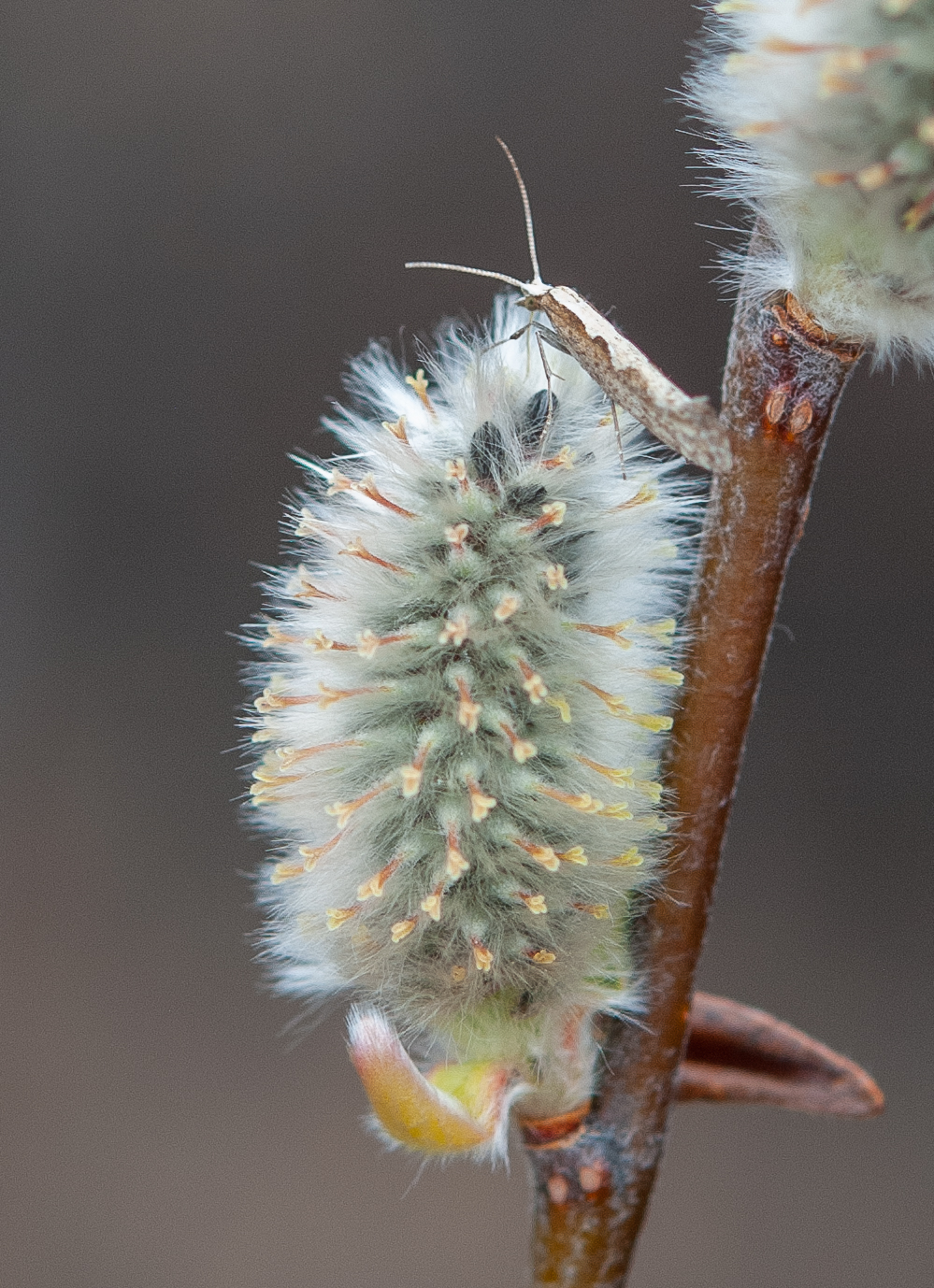 Females start flowering before leafburst. Individual flowers are densely arranged in inflorescences, and  are covered by dense, short grey hair. Inflorescences are erect and supported by a very short and usually leafless stalk. Bracts are black and stigmas yellow or reddish. 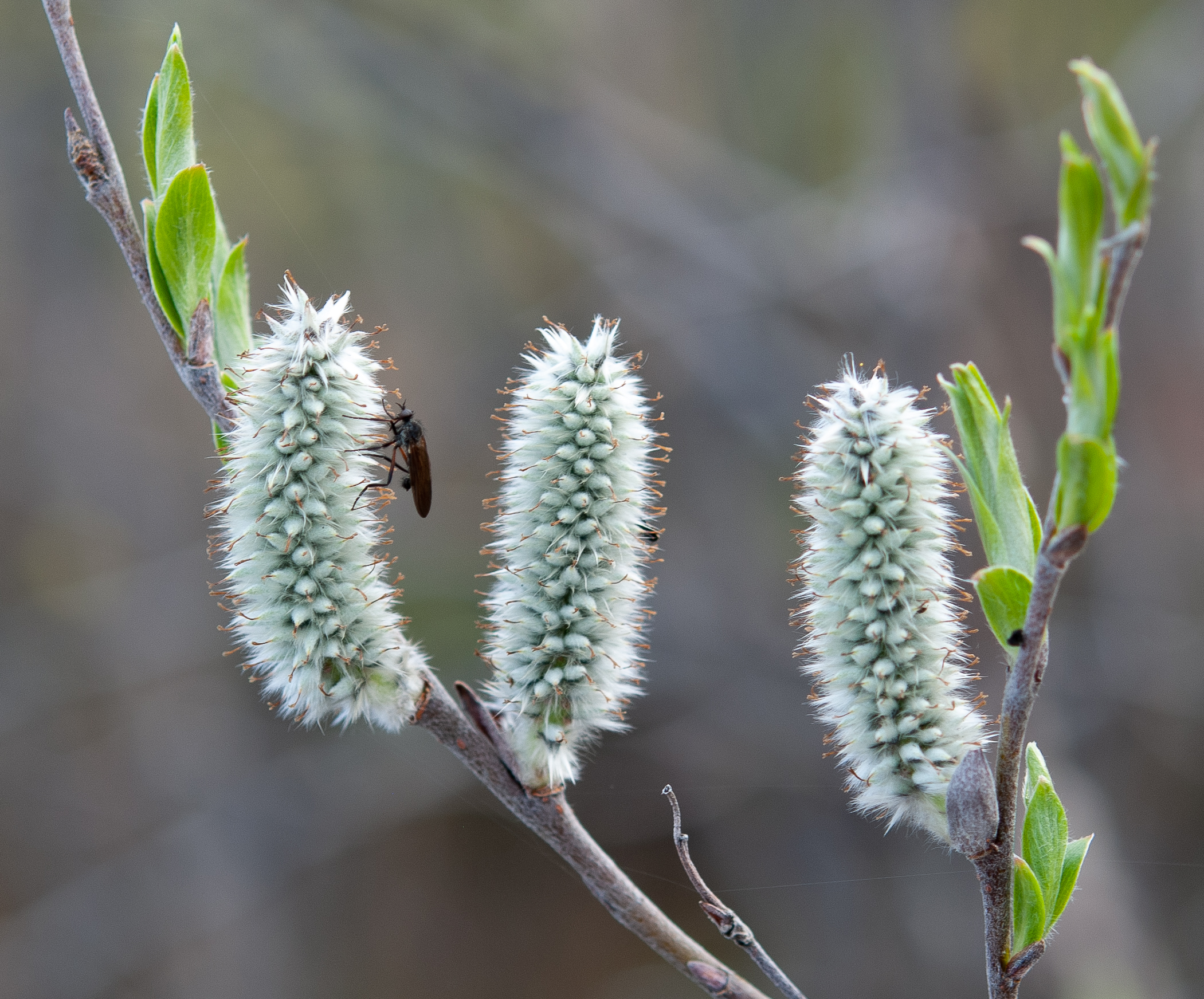 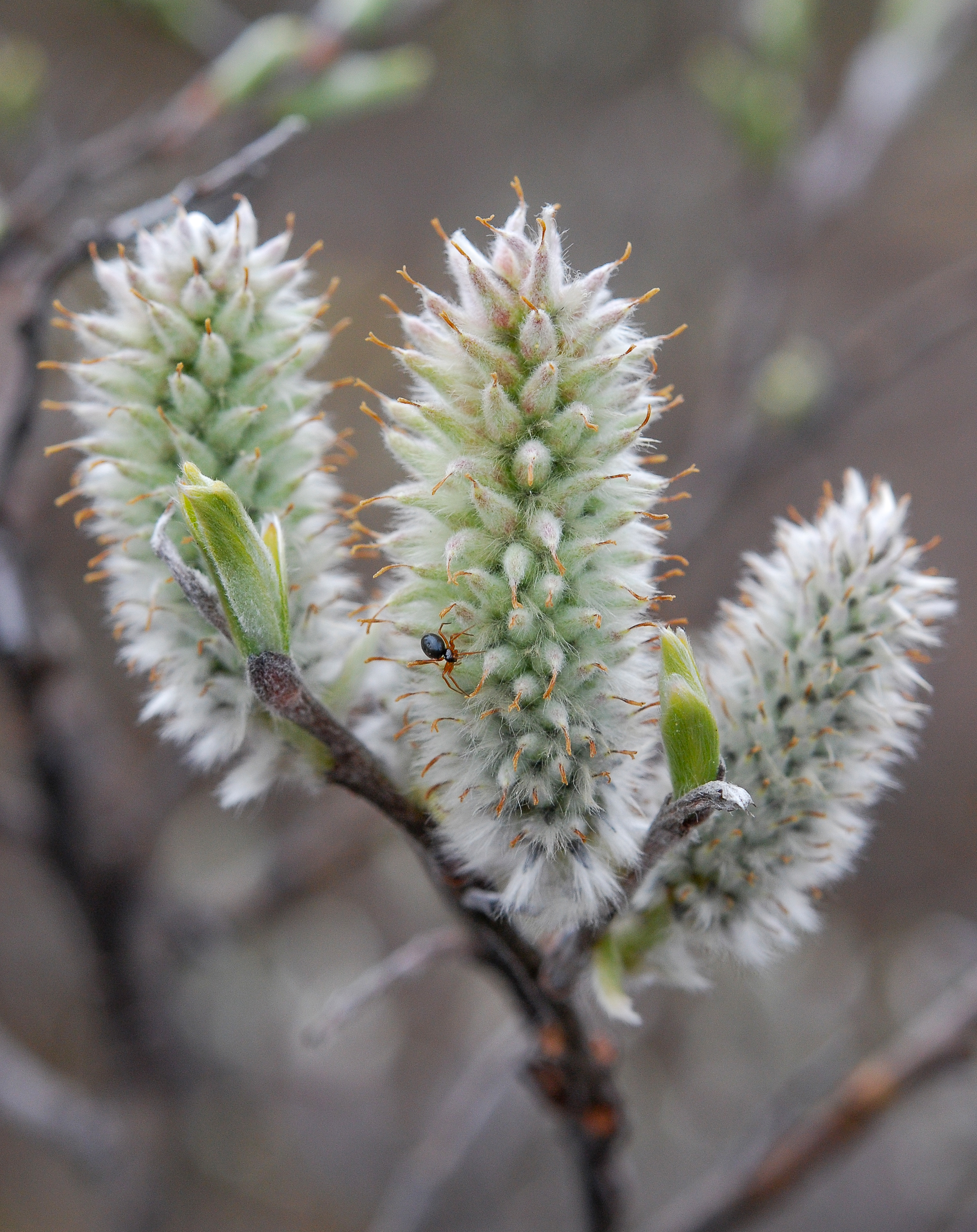 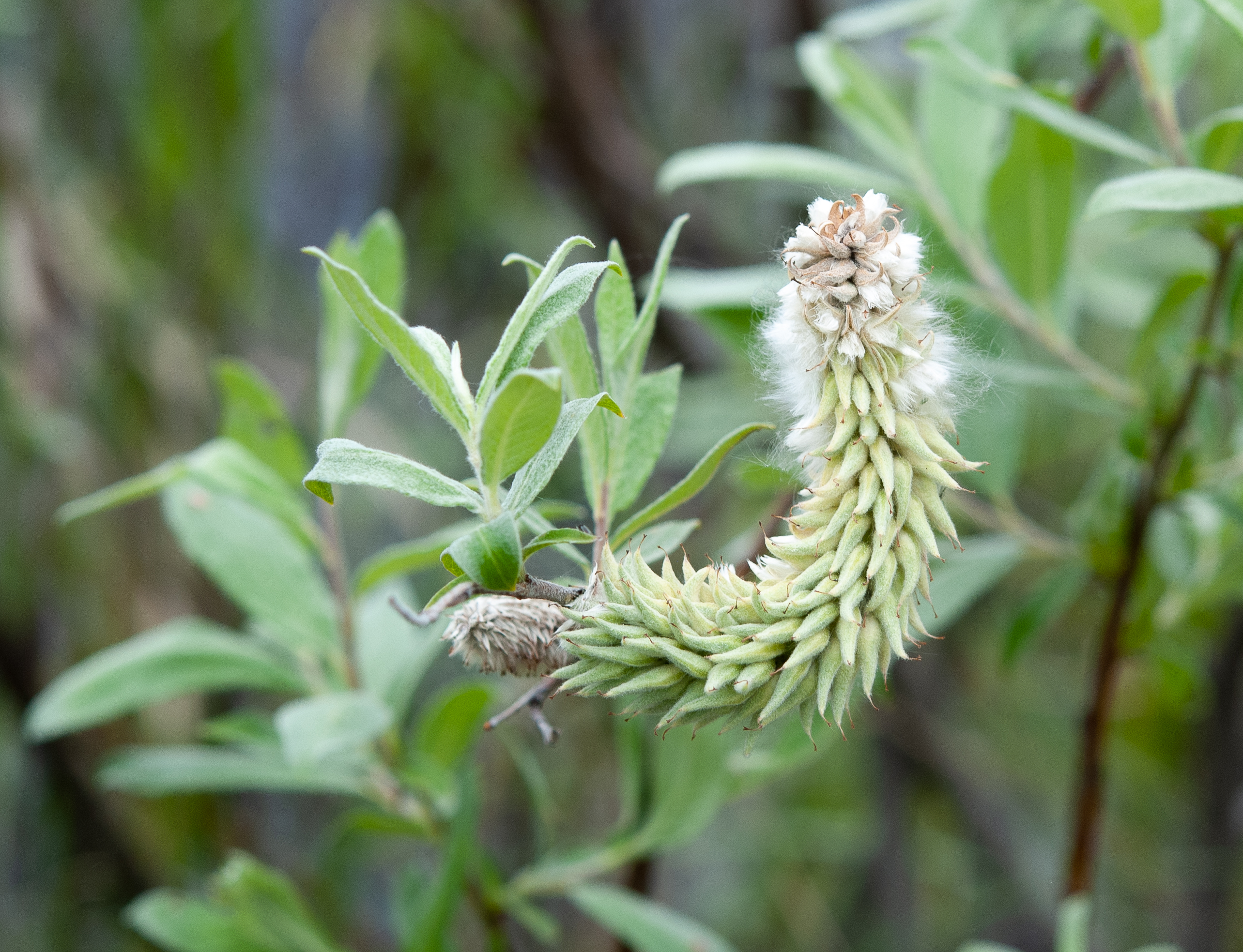 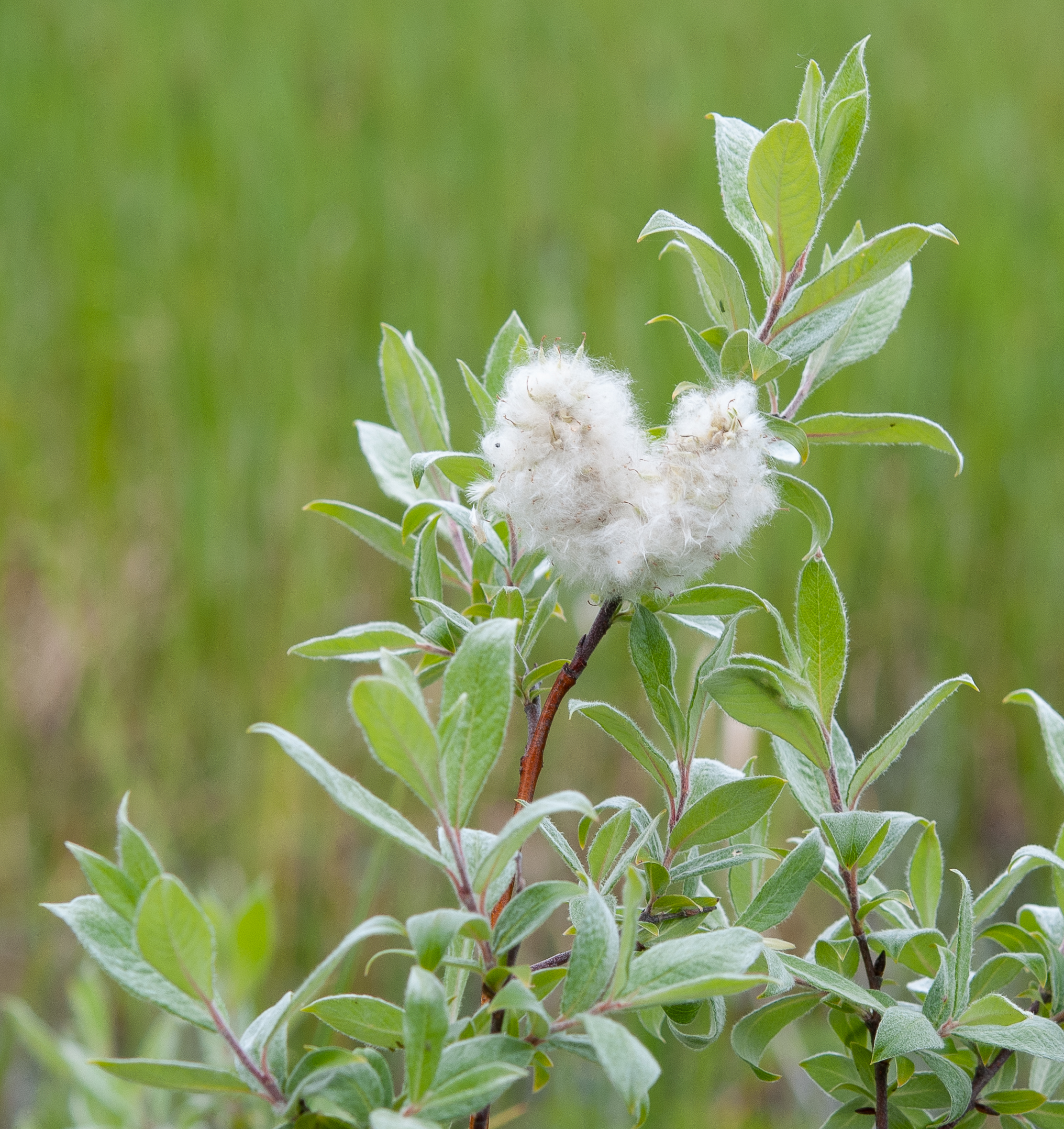 Fruit-bering S. lapponum catkins stand in an upright position on shoots and can be quite long. They are supported by a very short stalk. Individual fruits are densely arranged around the central axis, and are covered by grey hair. 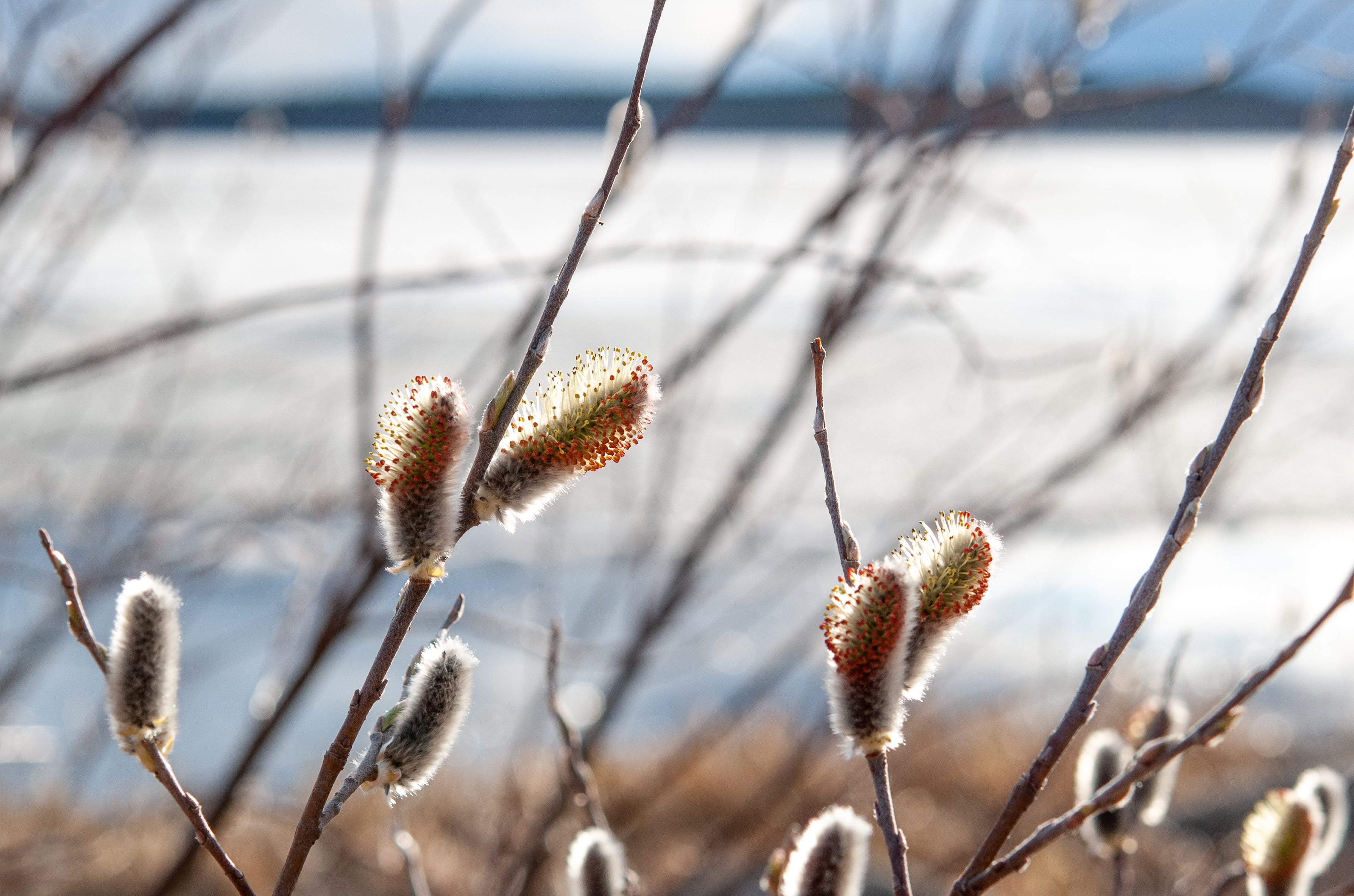 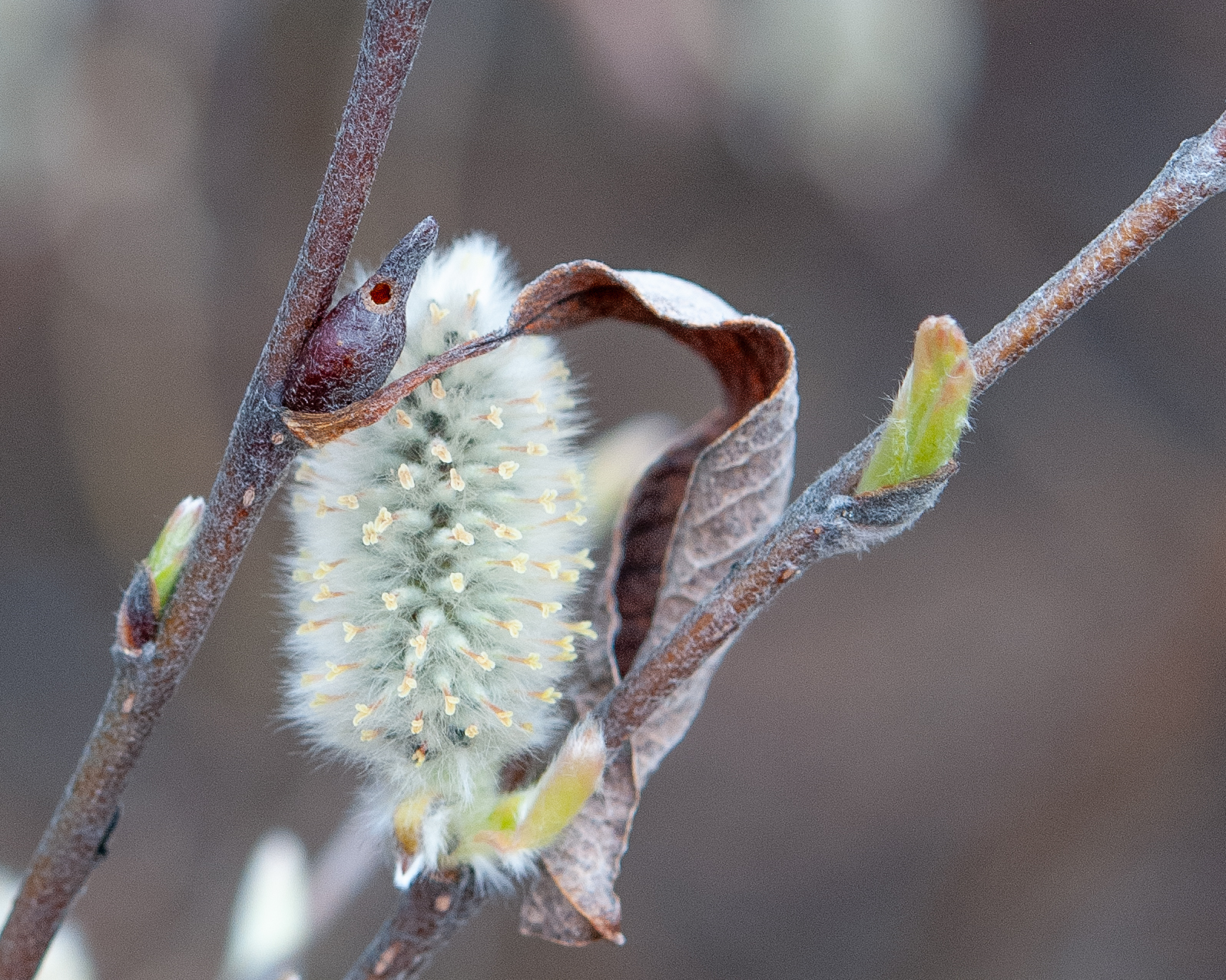 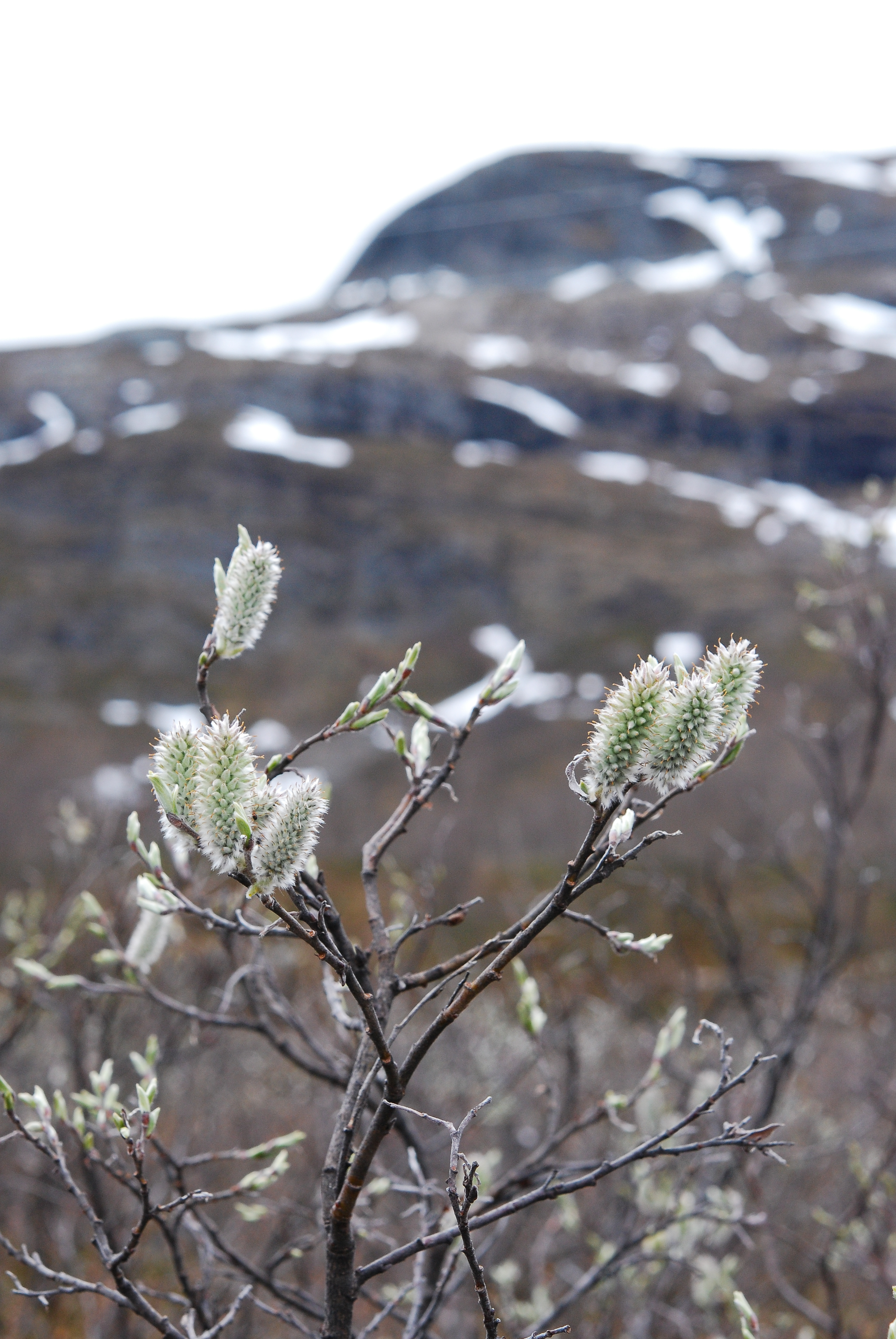 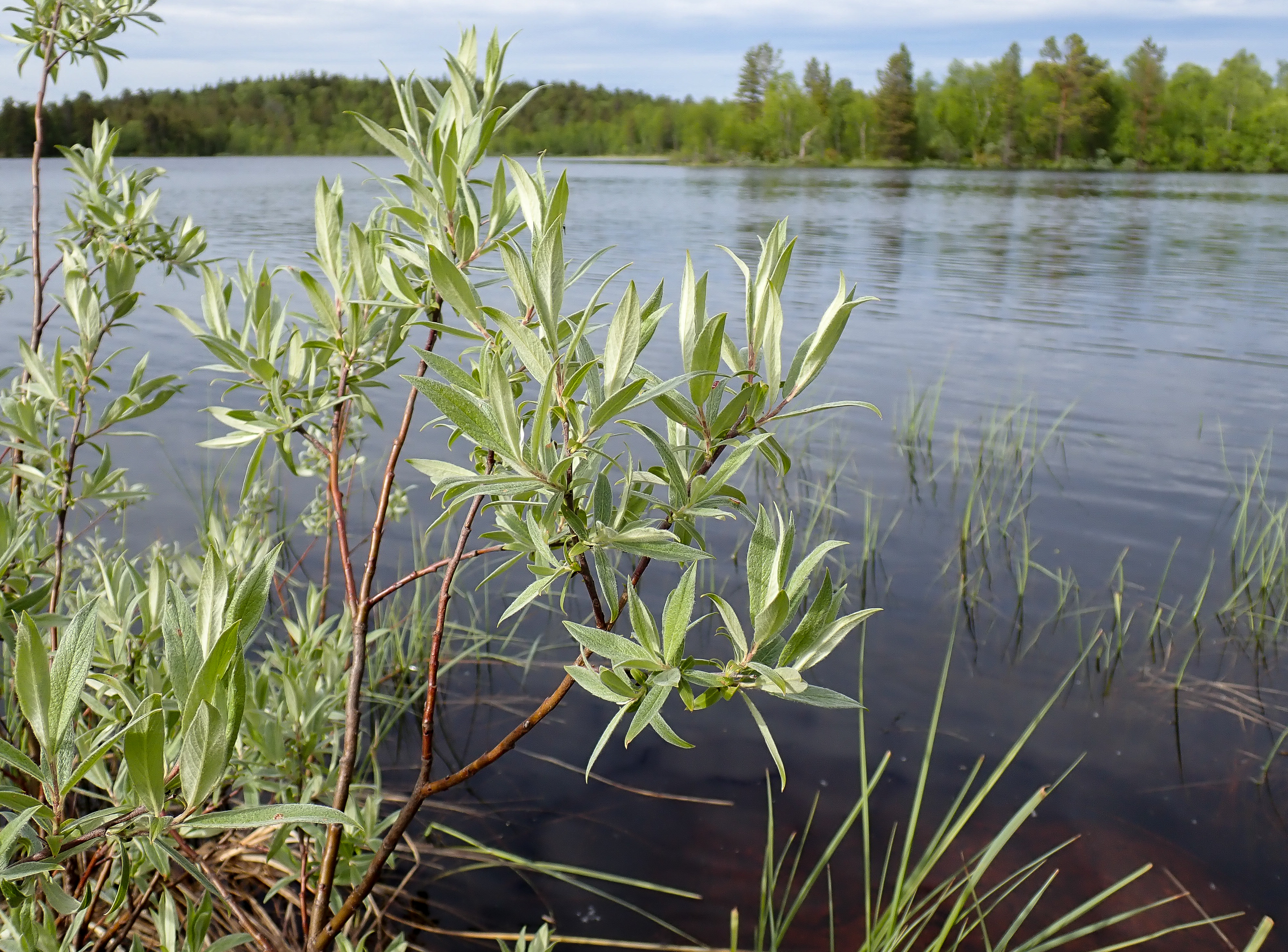 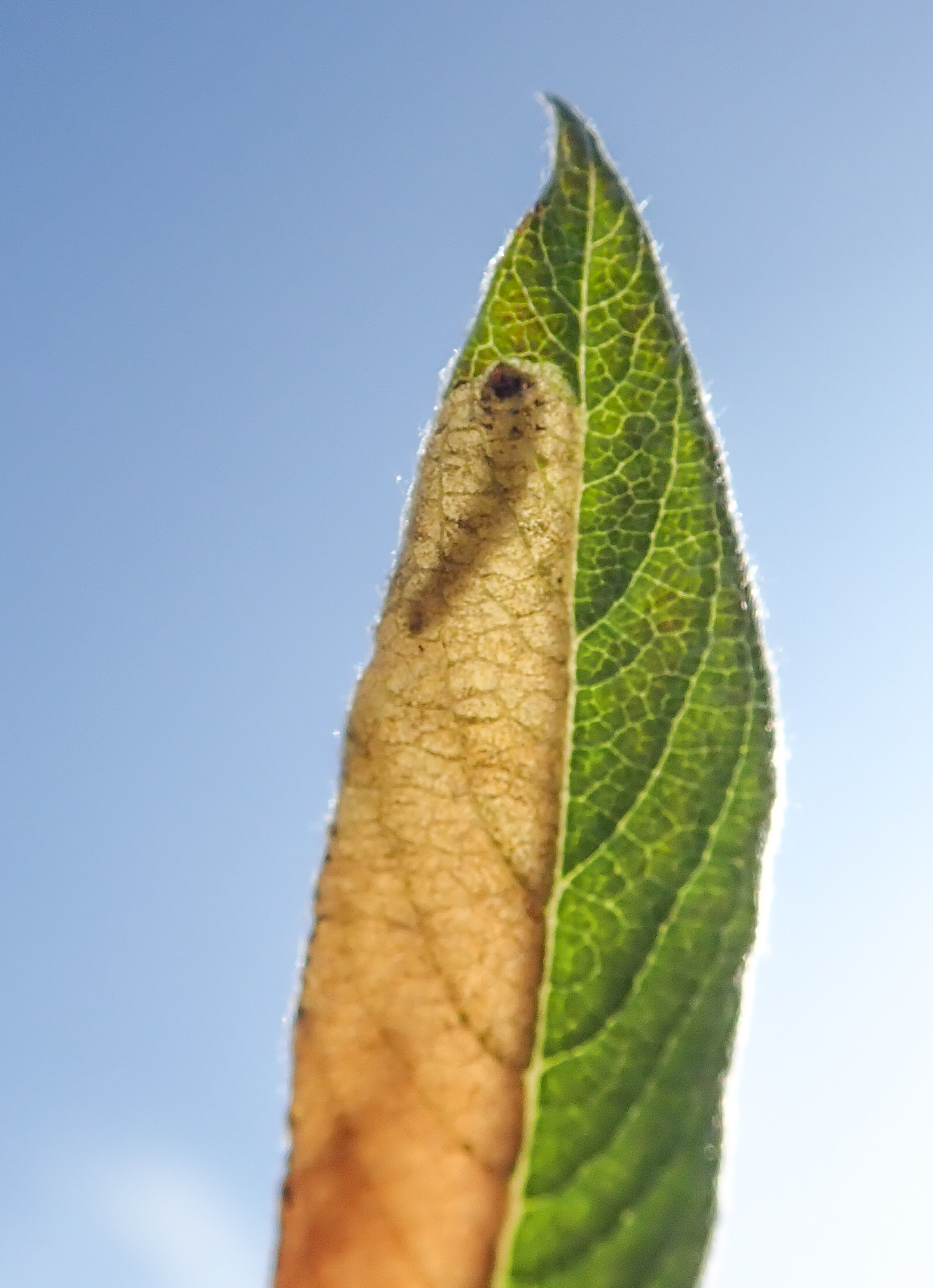 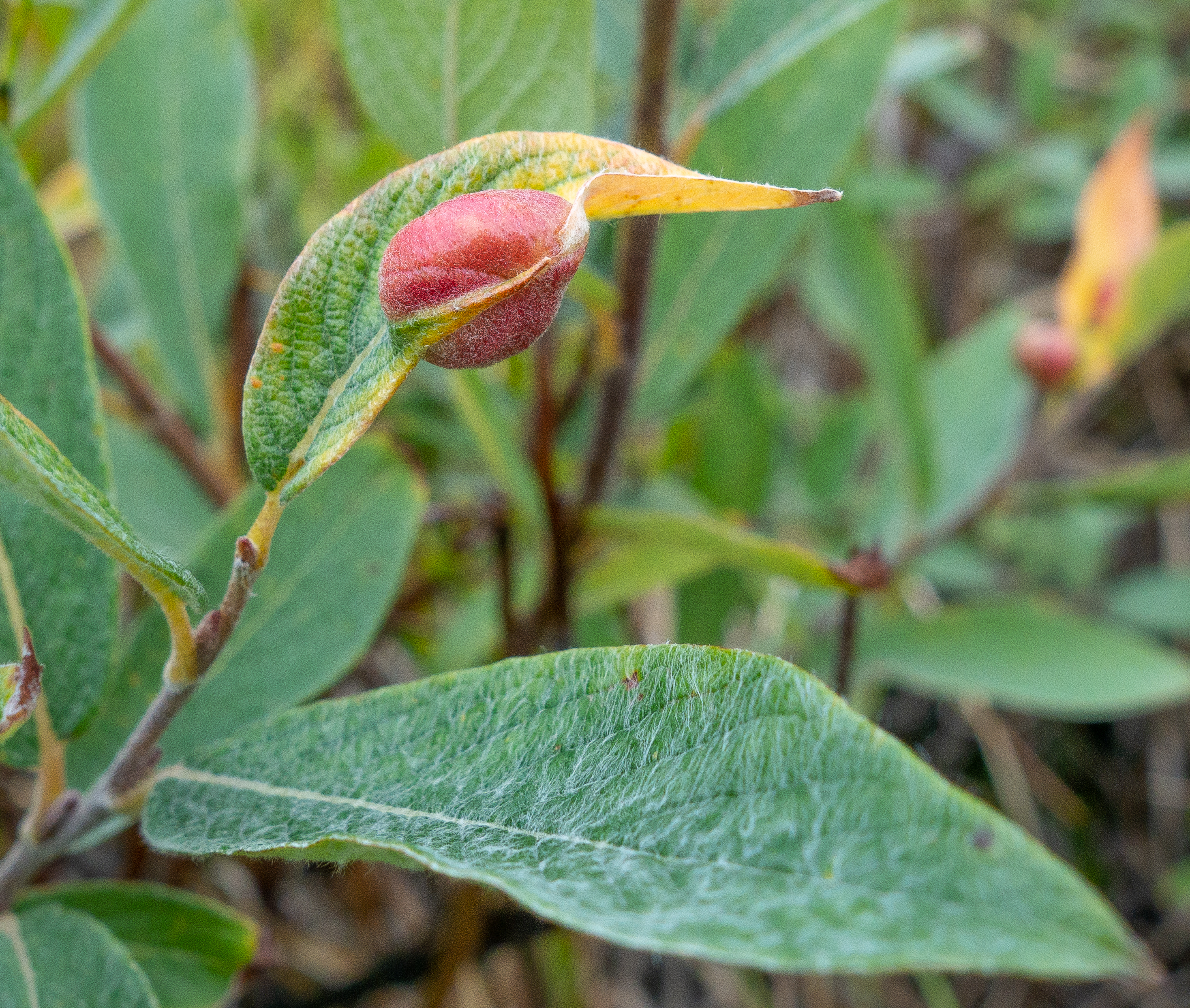 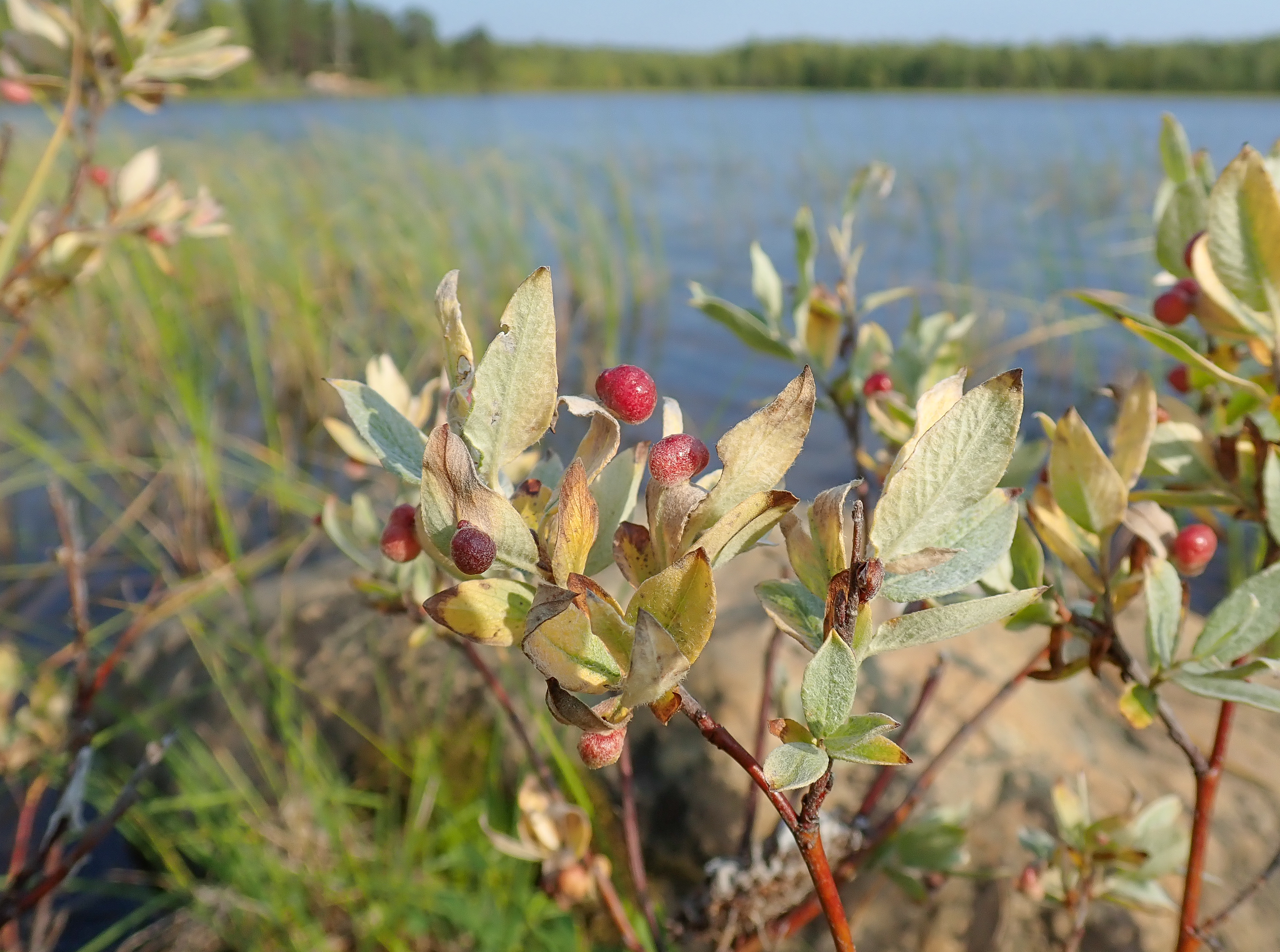 S. lapponum grows in many different northern habitats, but is most abundant in open, moist habitats such as swamp edges, sides of streams, and lake shorelines. The plants often grow on sites that through part of the summer are covered by water. The early flowering period makes it an important resource for pollinators at a time when very few other plants are in bloom. Numerous different insects (especially diffent sawflies, moths, and beetles) feed on the leaves or induce galls in the leaves, stems, or buds. Early flowering is made possible by nutrients stored in the large flower buds, which therefore constitute important winter food for willow grouse (Lagopus lagopus).