Salix lanata L. is a beautiful, robust willow species with large, round leaves. The species has a circumpolar distribution, and can be found throughout the fjells and northern parts of Fennoscandia. It grows on tundra and along rivers, but comes down to the sea level on the northern coast of Norway. The species prefers rocky sites with limestone in the ground. S. lanata is one of the earliest-flowering plants in the north, and therefore constitutes an important resource for the first pollinators that emerge in the spring. The species is usually easy to identify based on its broad leaves with a network of raised veins on the lower side, robust hairy shoots, and large buds. 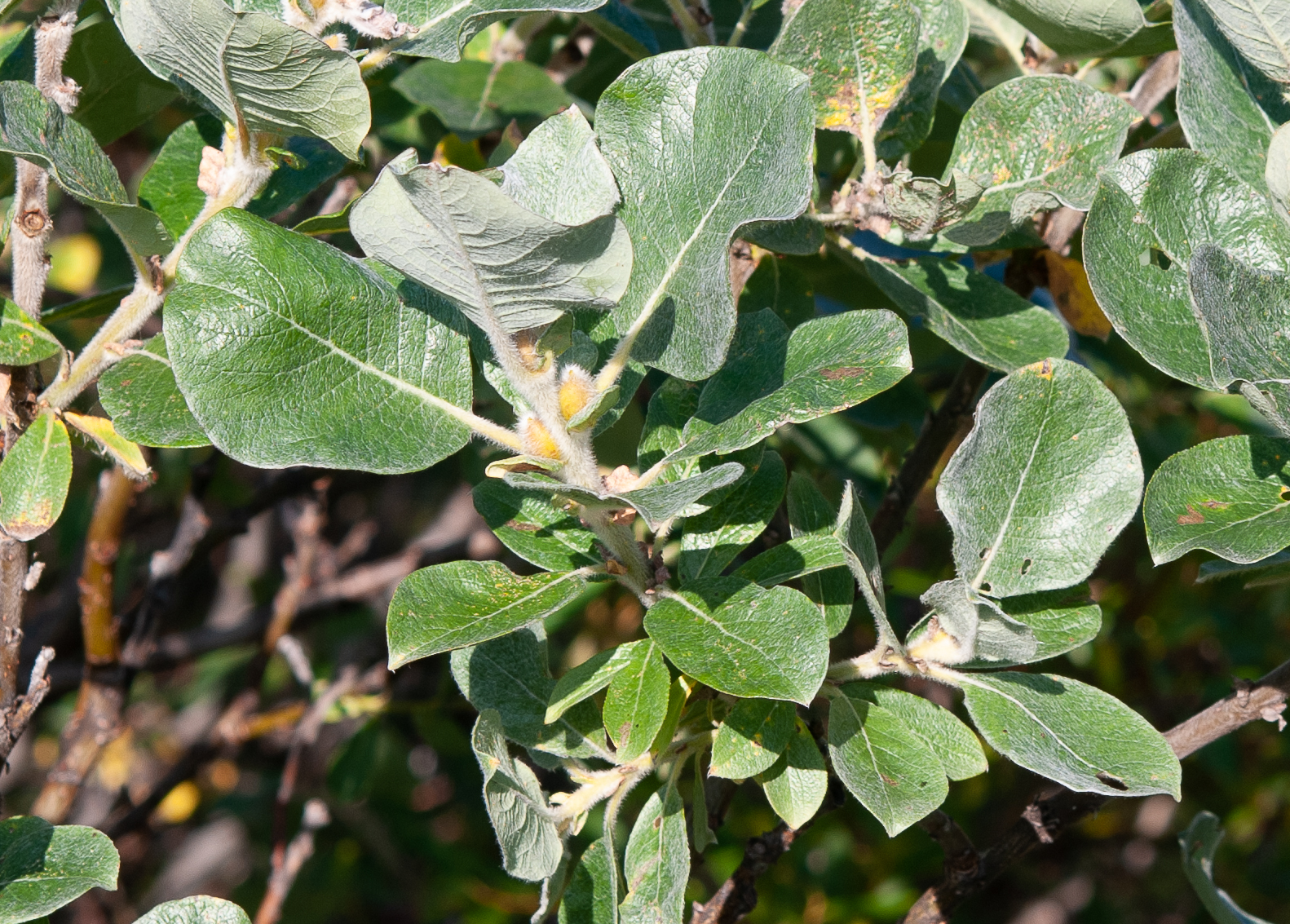 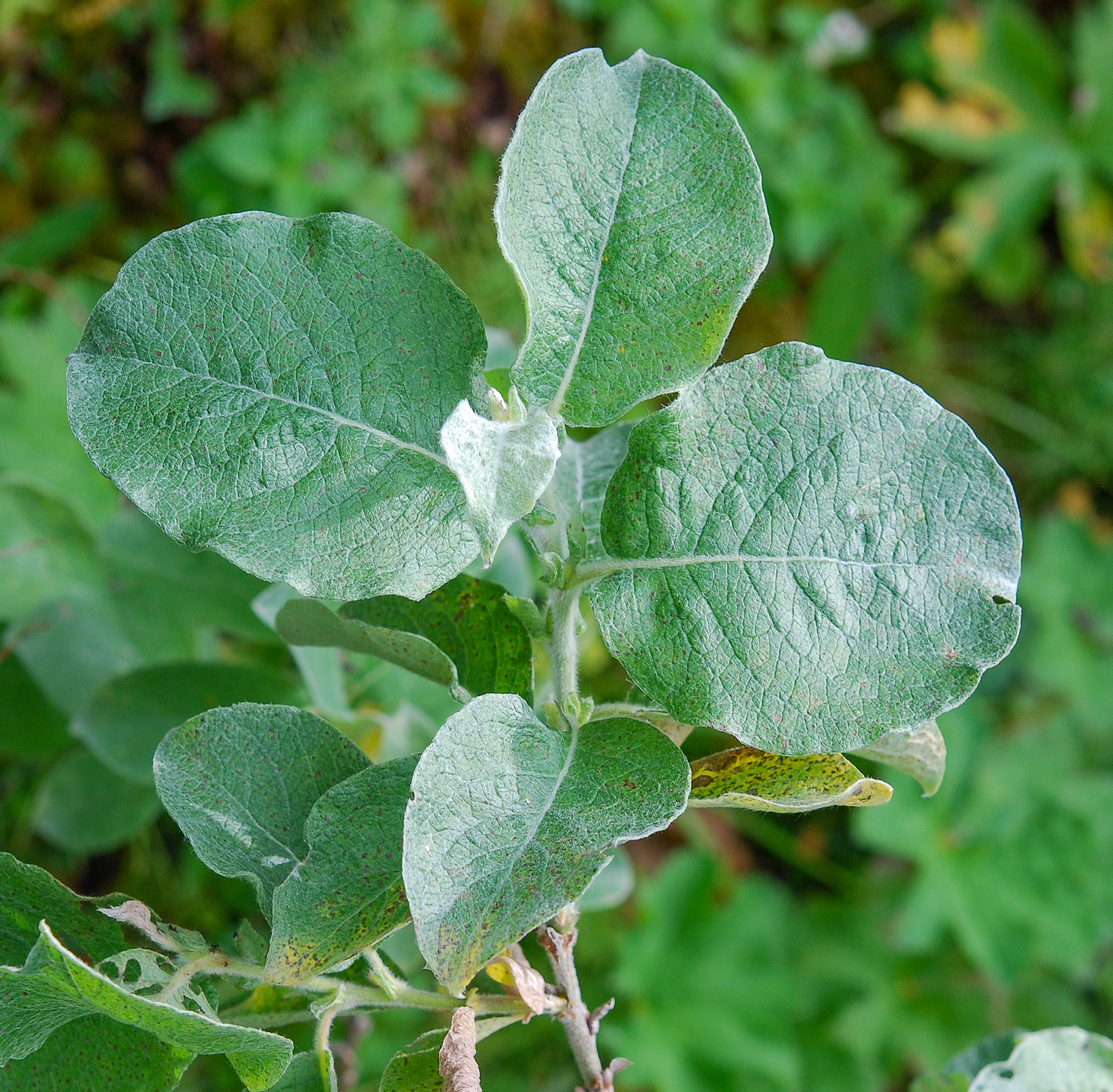 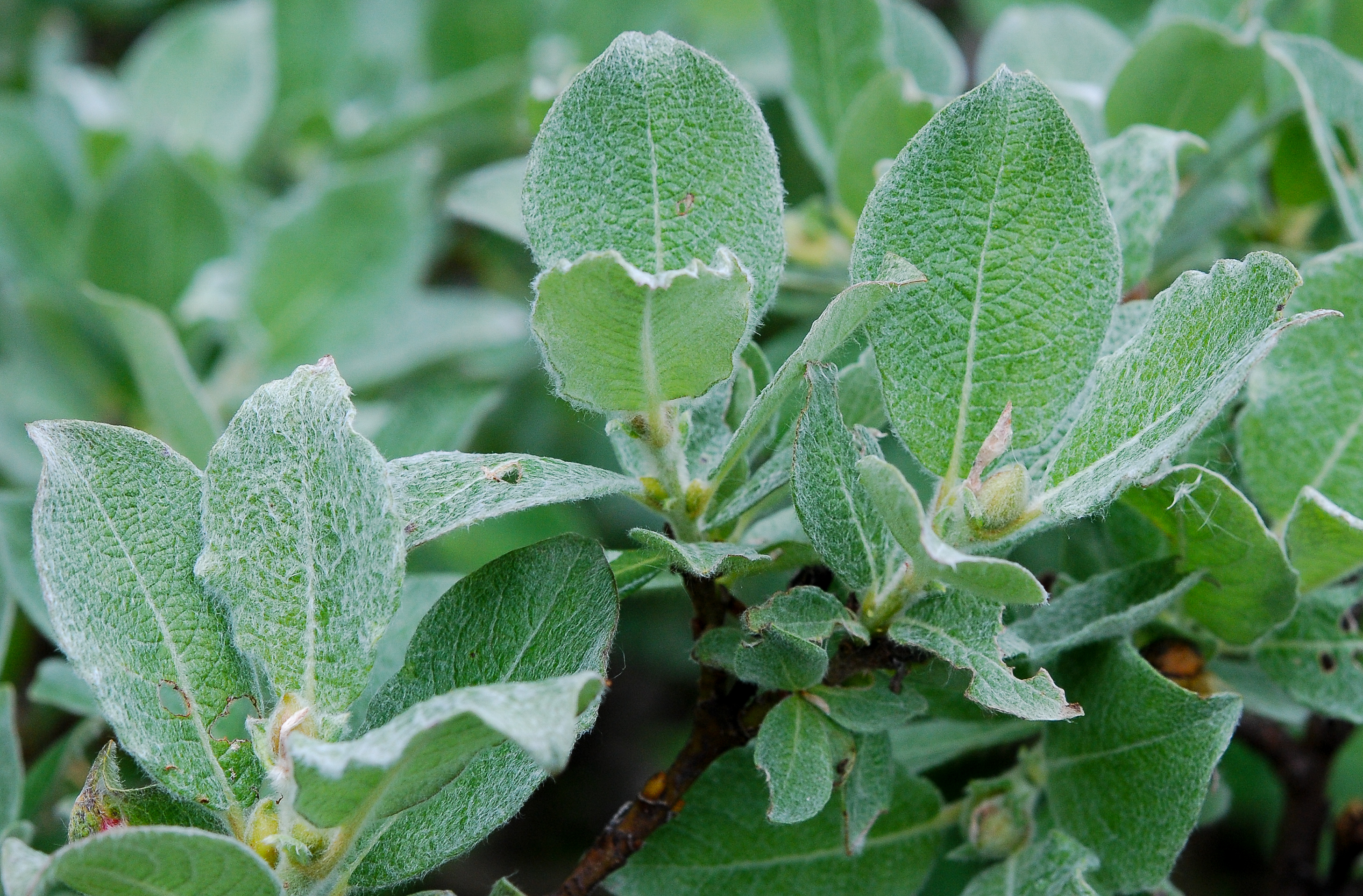 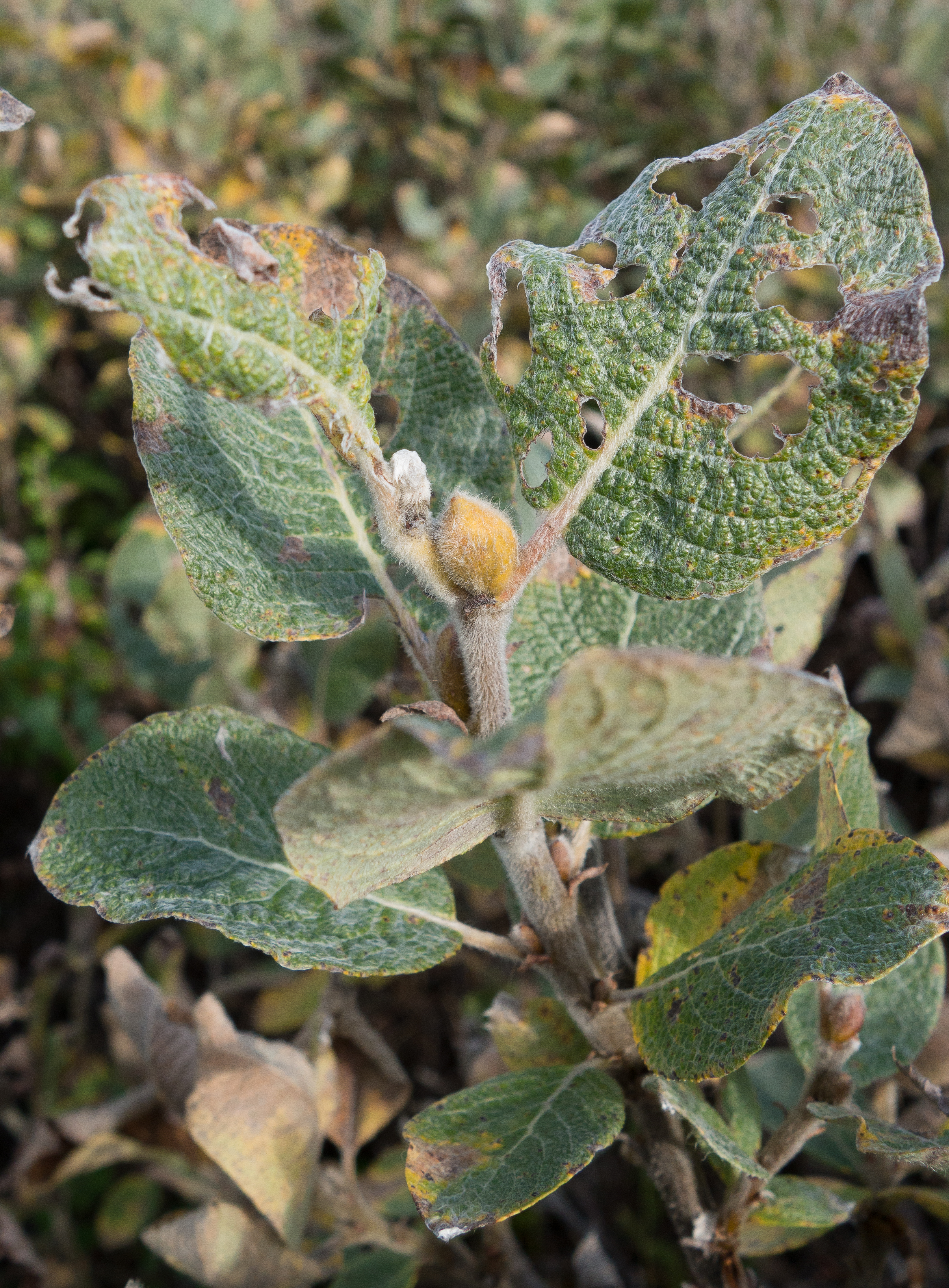 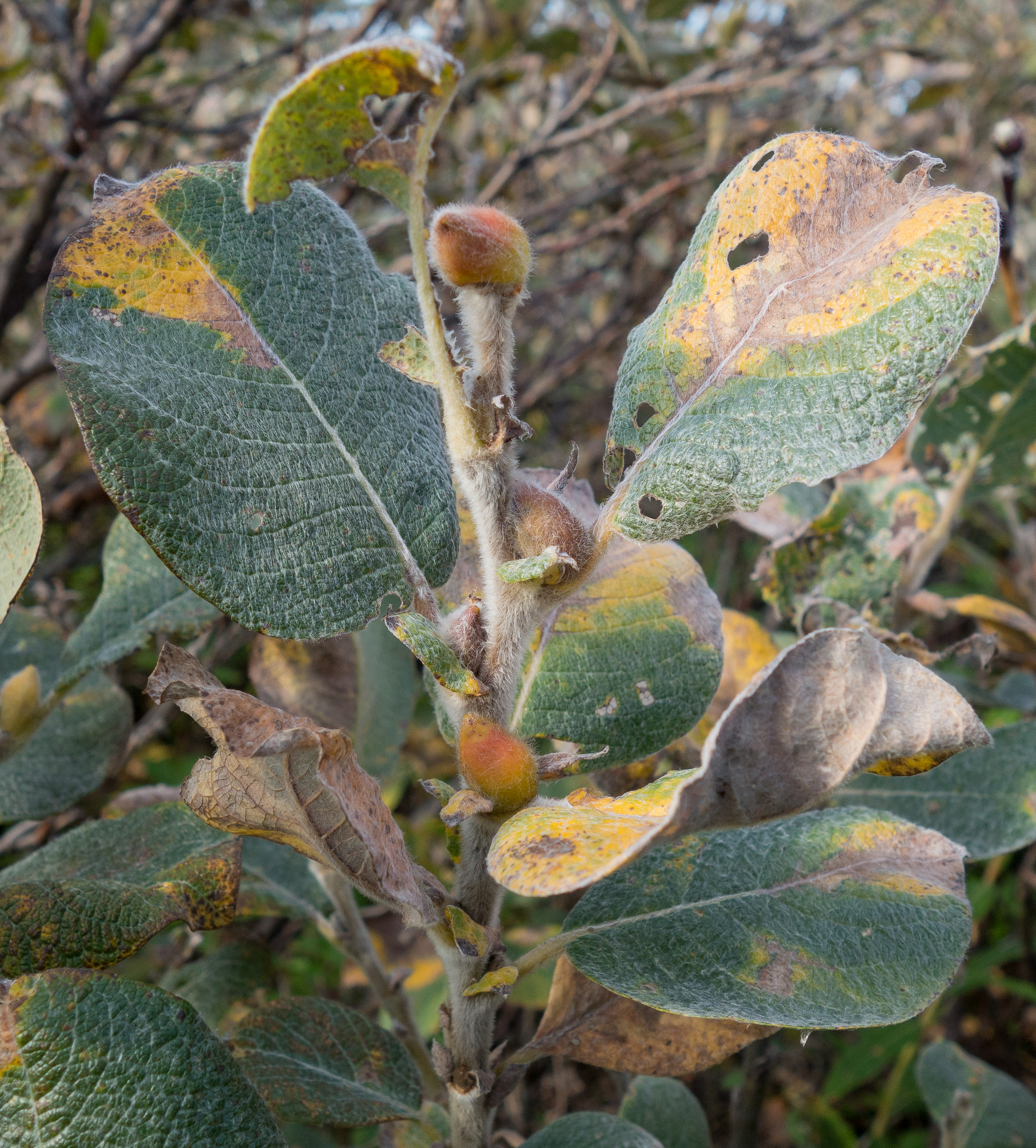 The leaves of Salix lanata are usually nearly round on large, vigously-growing individuals, but can be rather narrow and elongated on smaller plants growing on poor soils on in the shade. The leaves are hairy on both sides. Leaf veins are more or less depressed on the upper surface, but on the underside clearly elevated and form a coarse network. Stipules are present at the base of the robust petioles, but can fall off during the summer. Shoots are stout and are covered by long hairs, and buds are large and often yellowish. 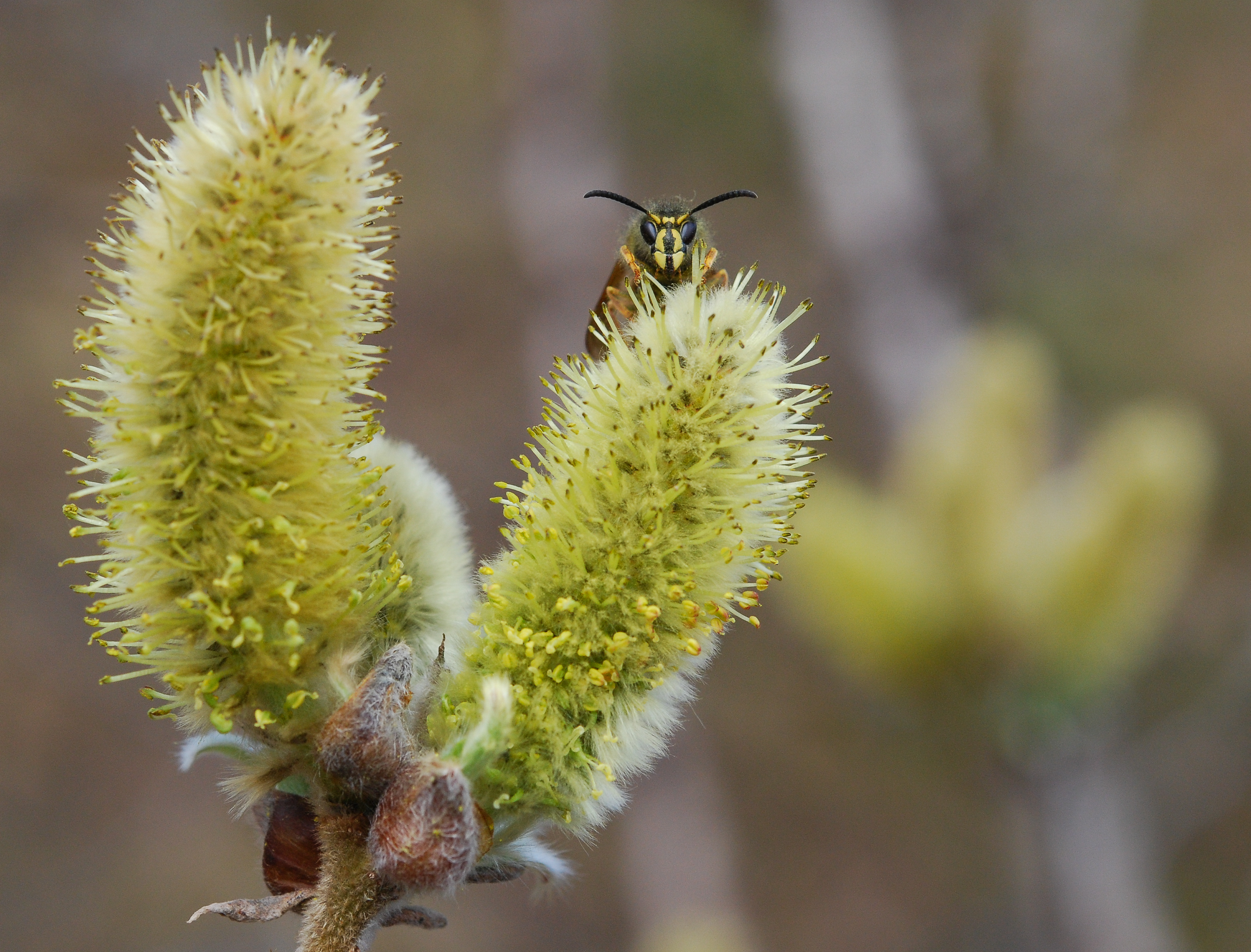 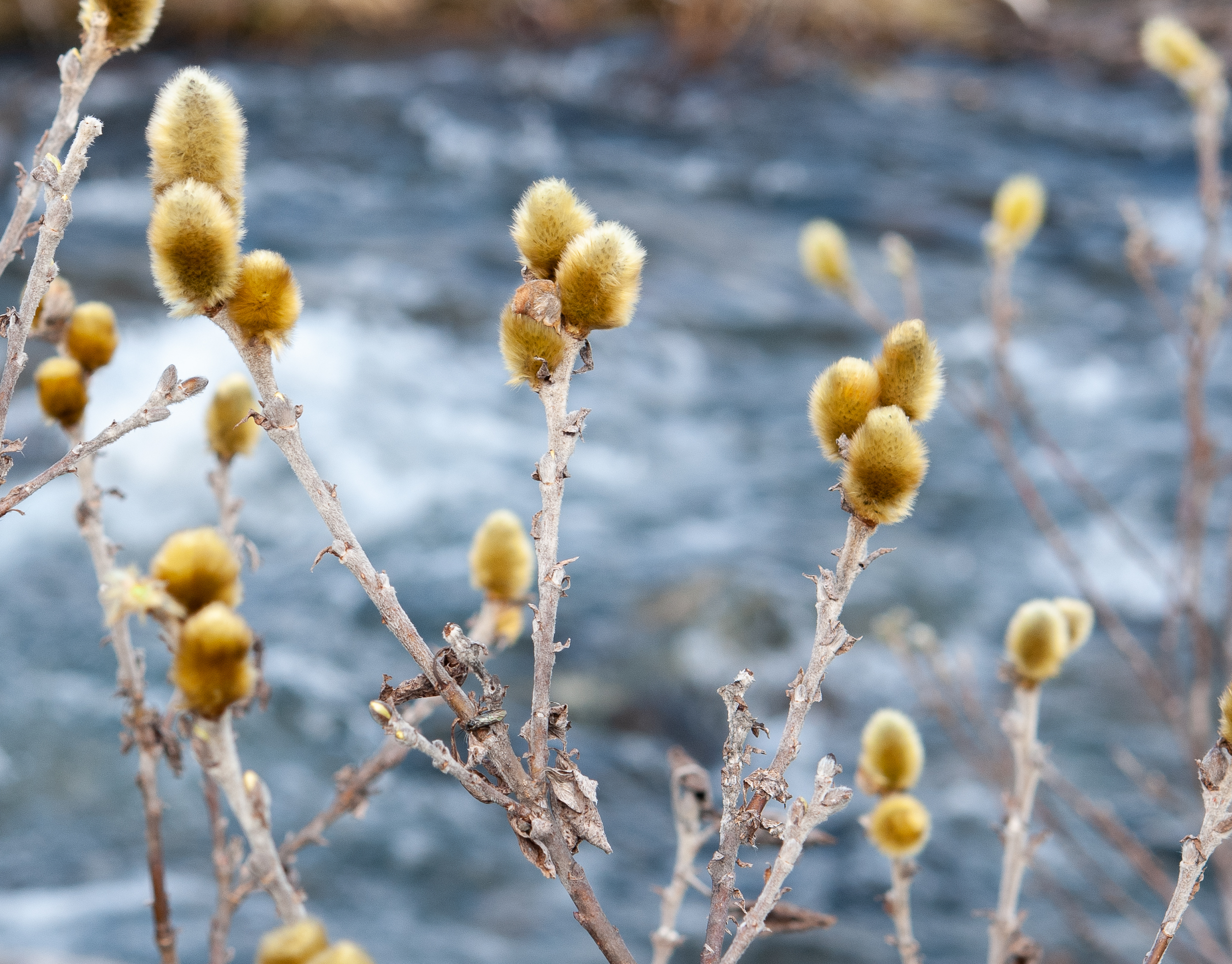 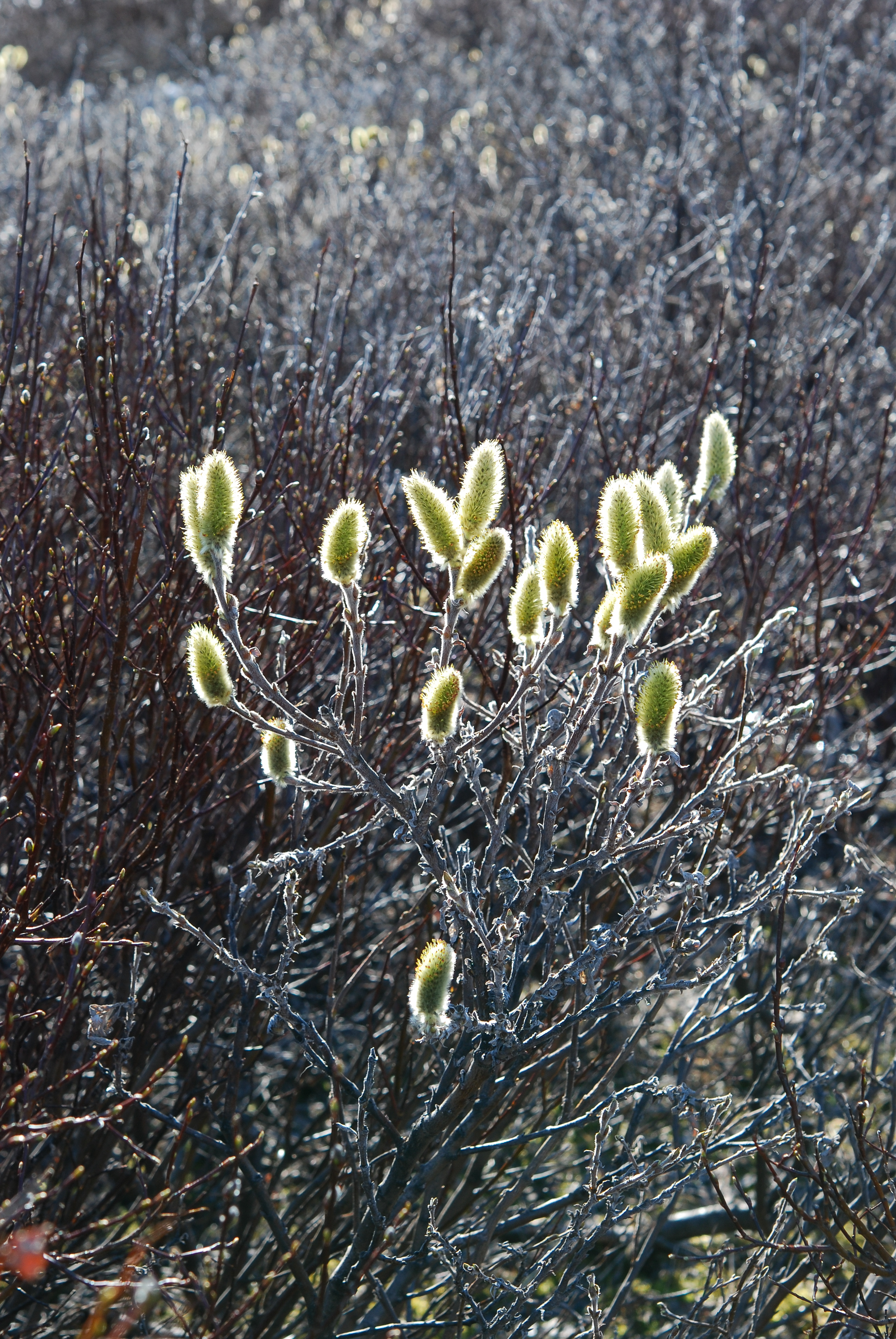 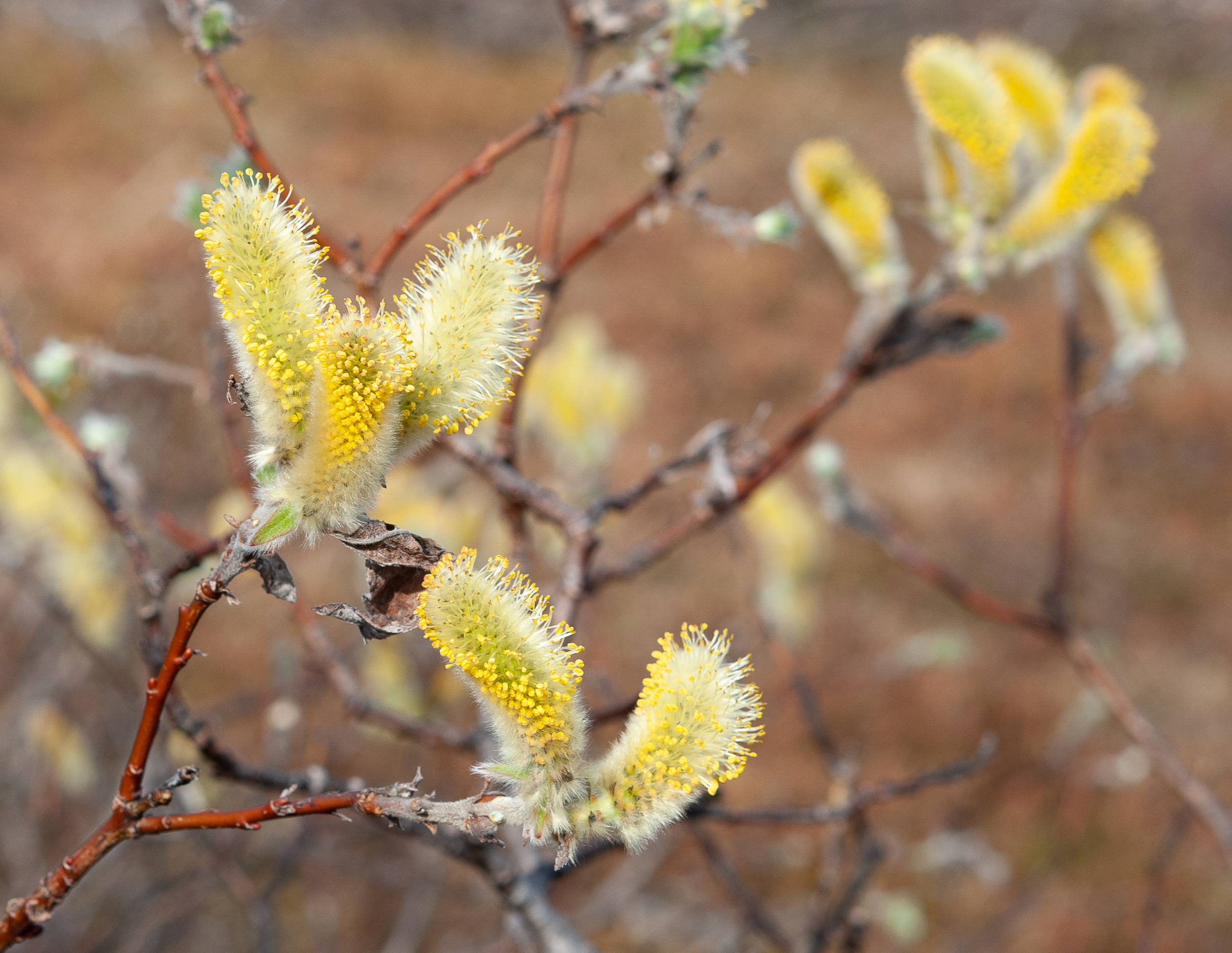 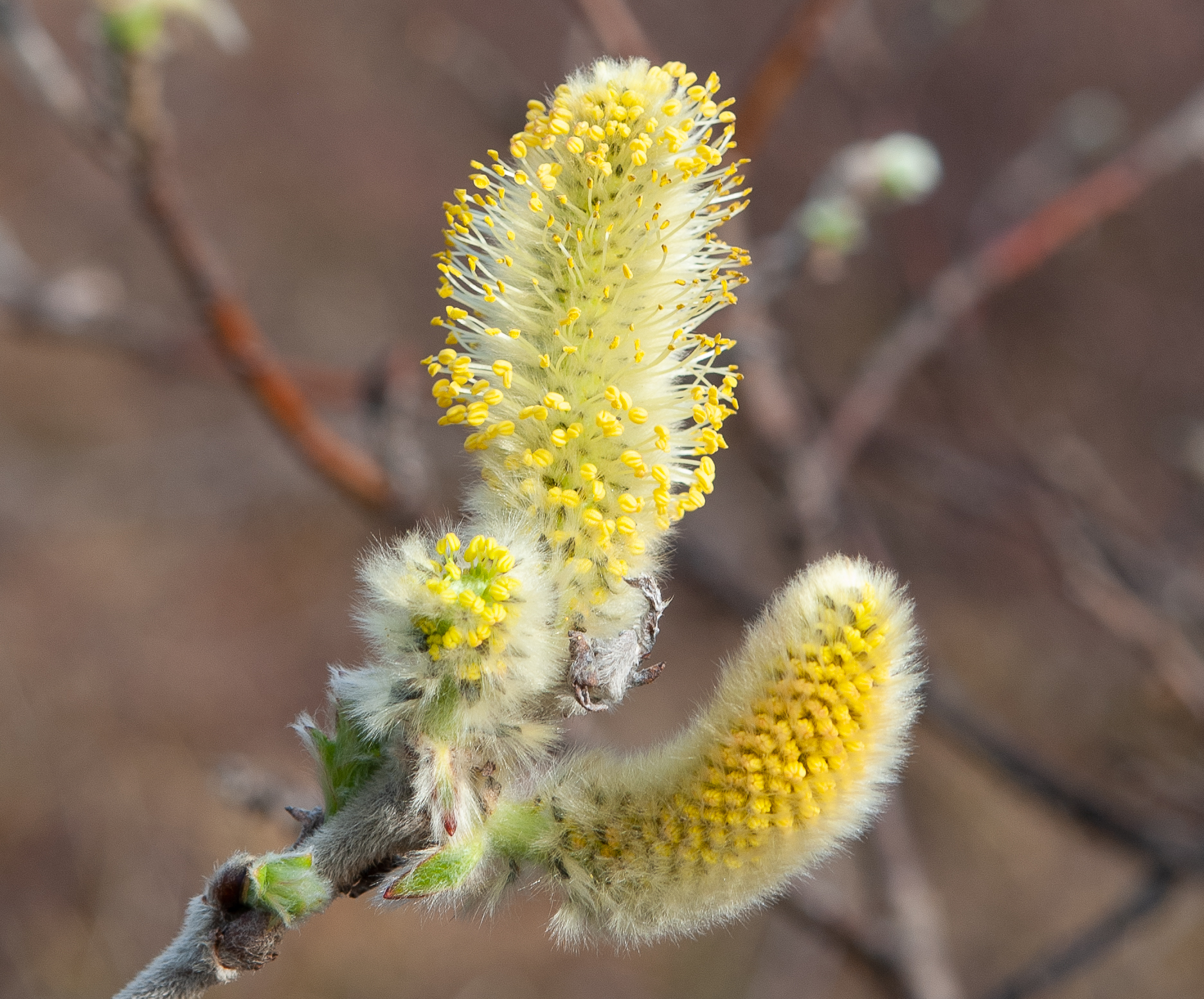 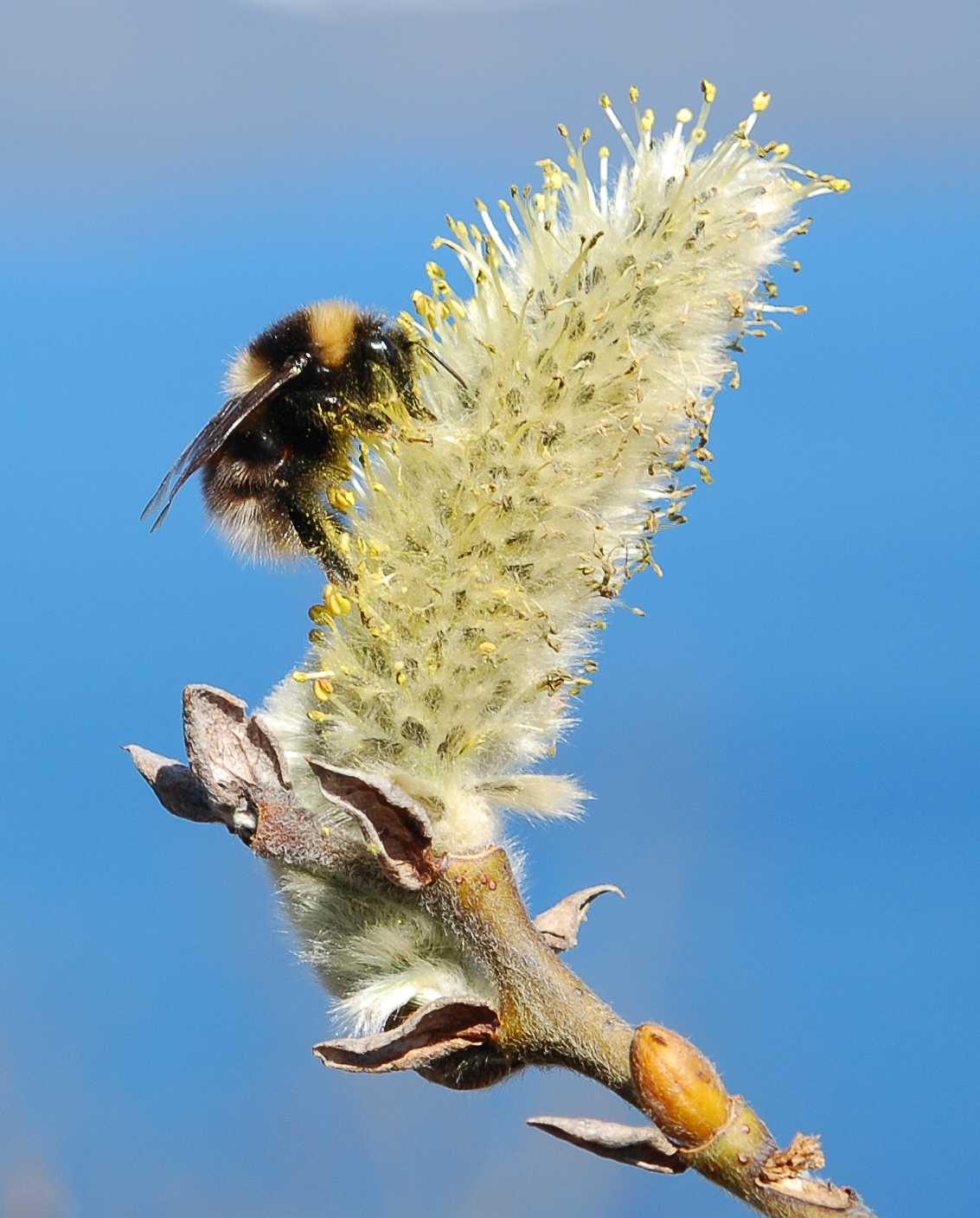 S. lanata male inflorescences are large and point conspicuously upward at the tips of previous-year shoots. Anthers are bright yellow. Furry catkins emerging from flower buds initially have long hairs with a dark golden color, and they mature into inflorescences before leaf burst, often well before the snow has entirely disappeared from the surroundings. Consequently, they often have to weather snowfalls during the flowering period. 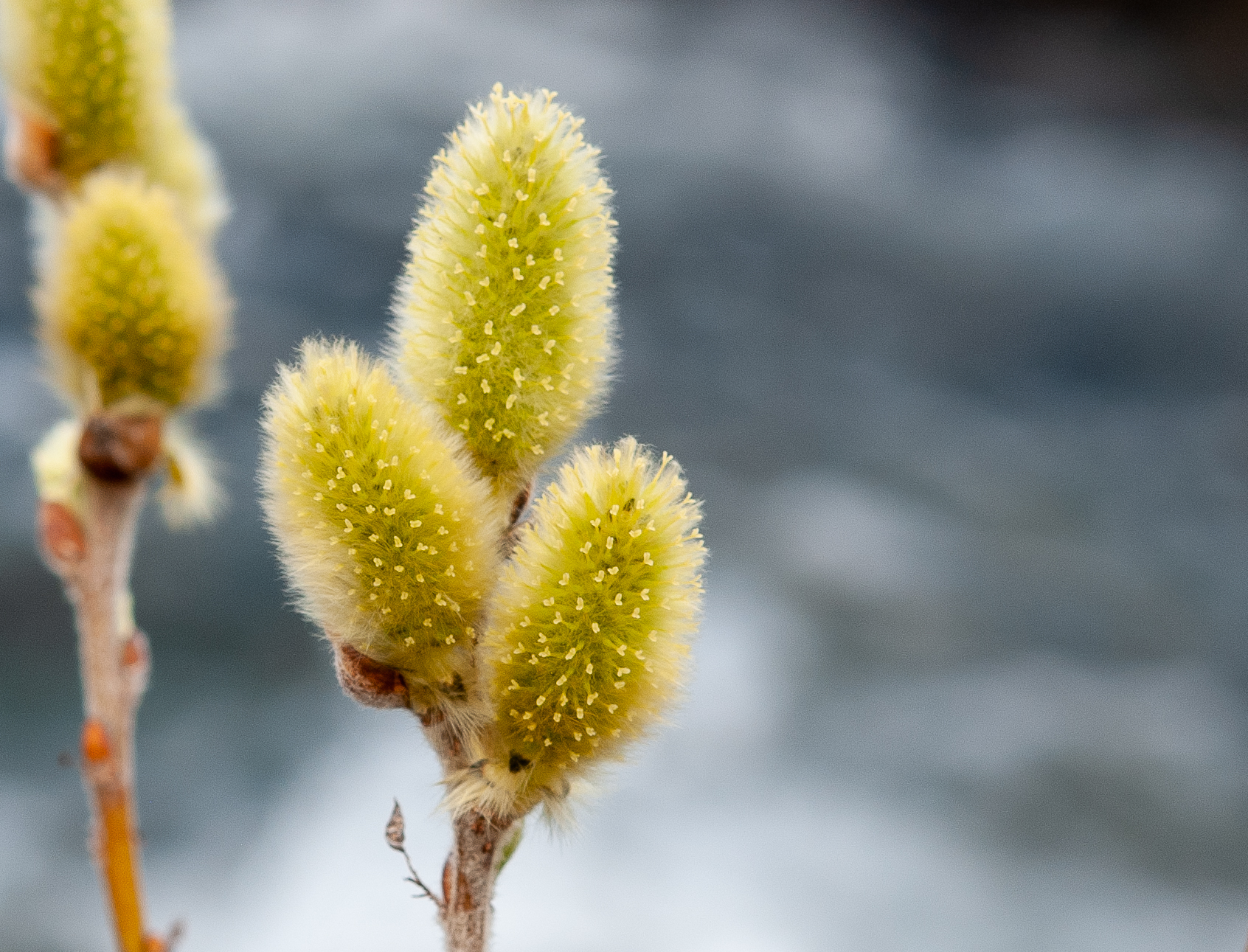 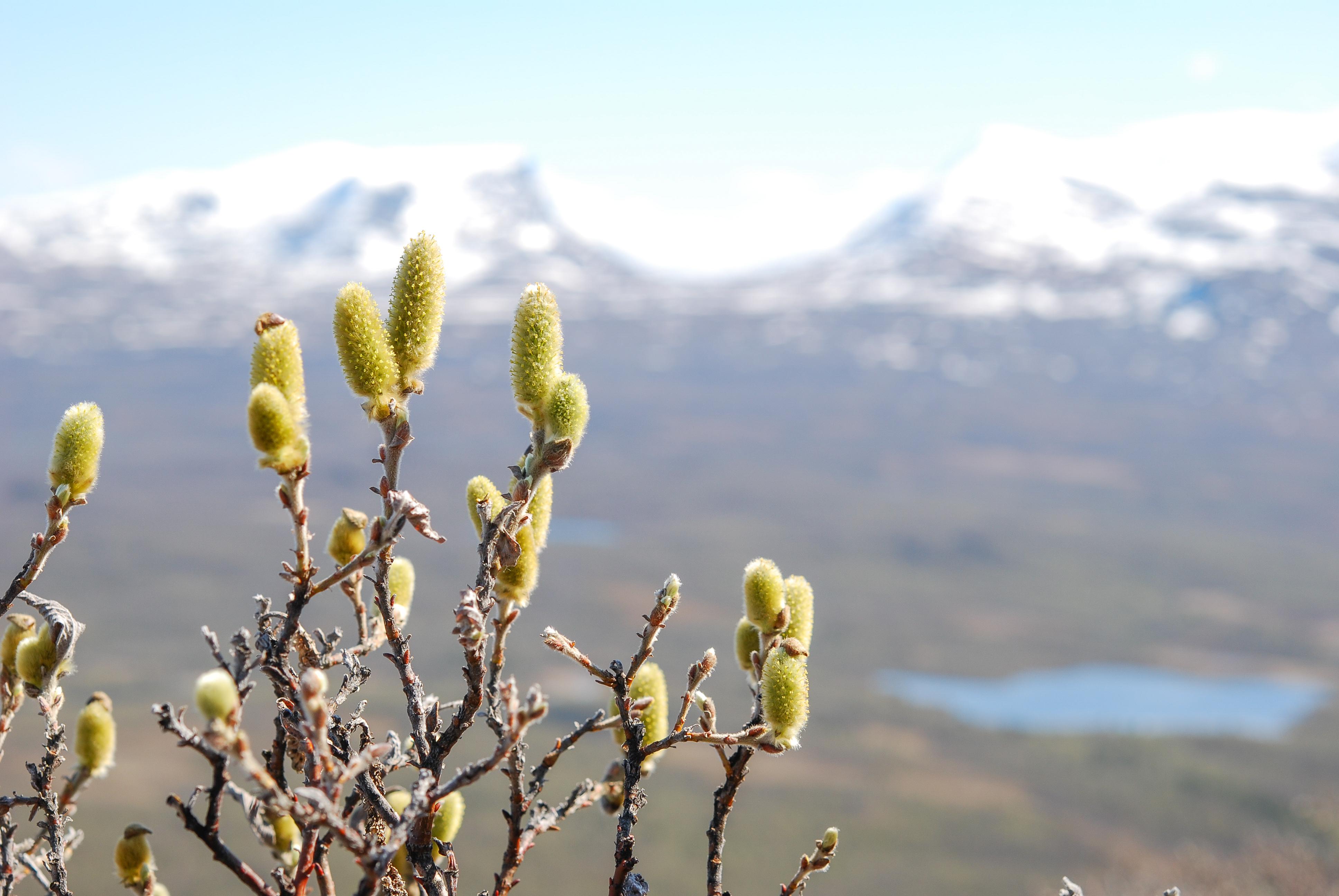 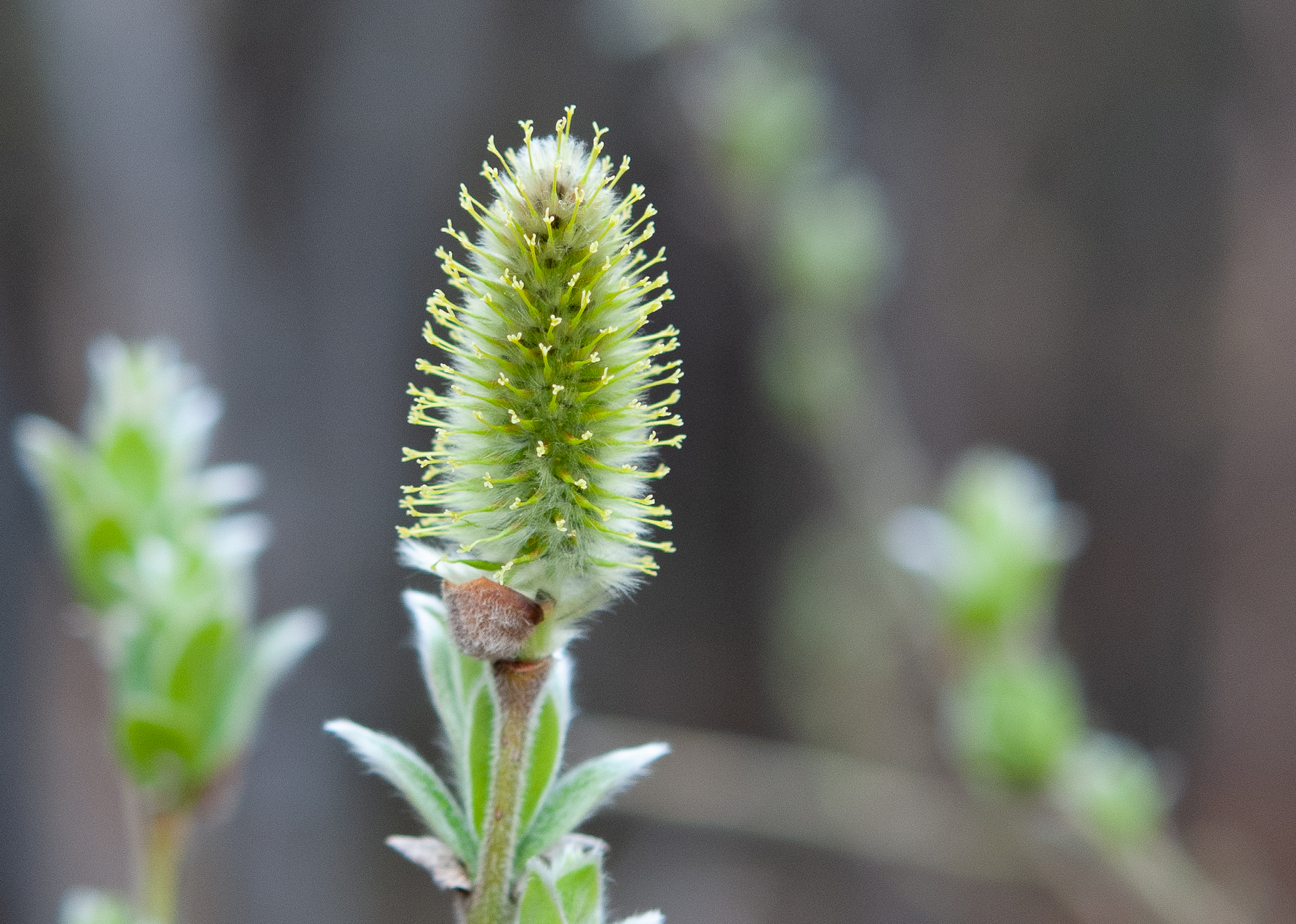 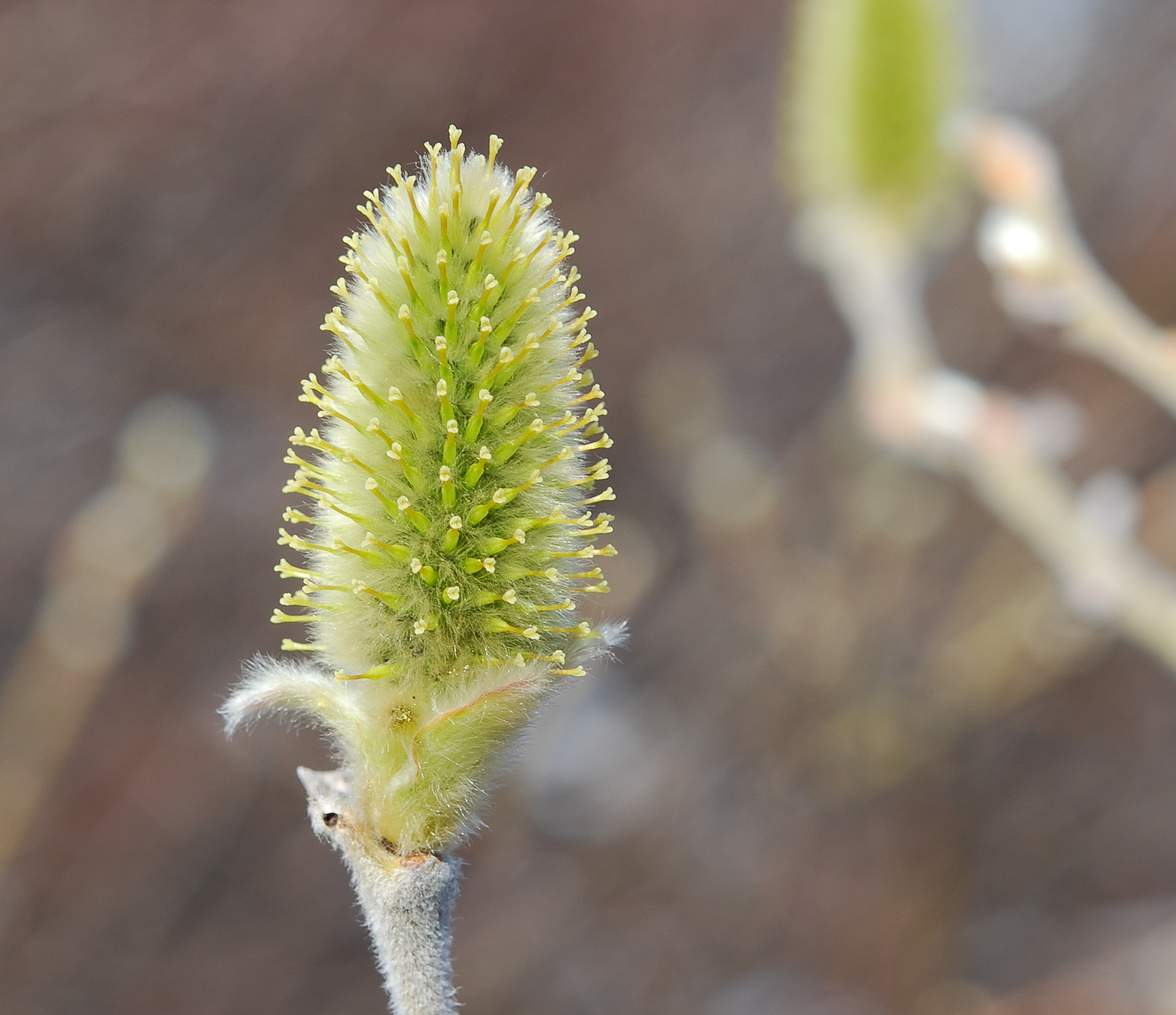 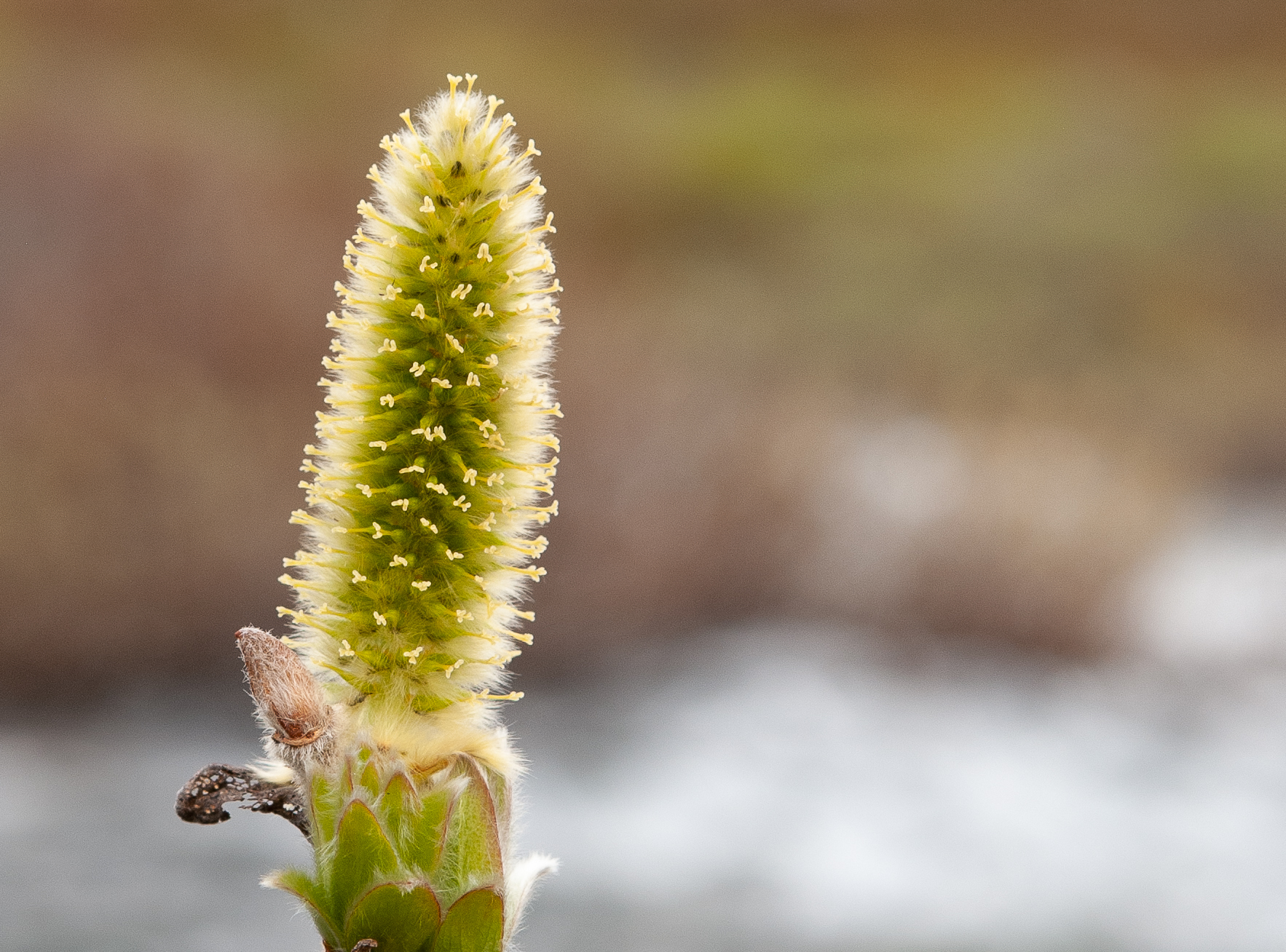 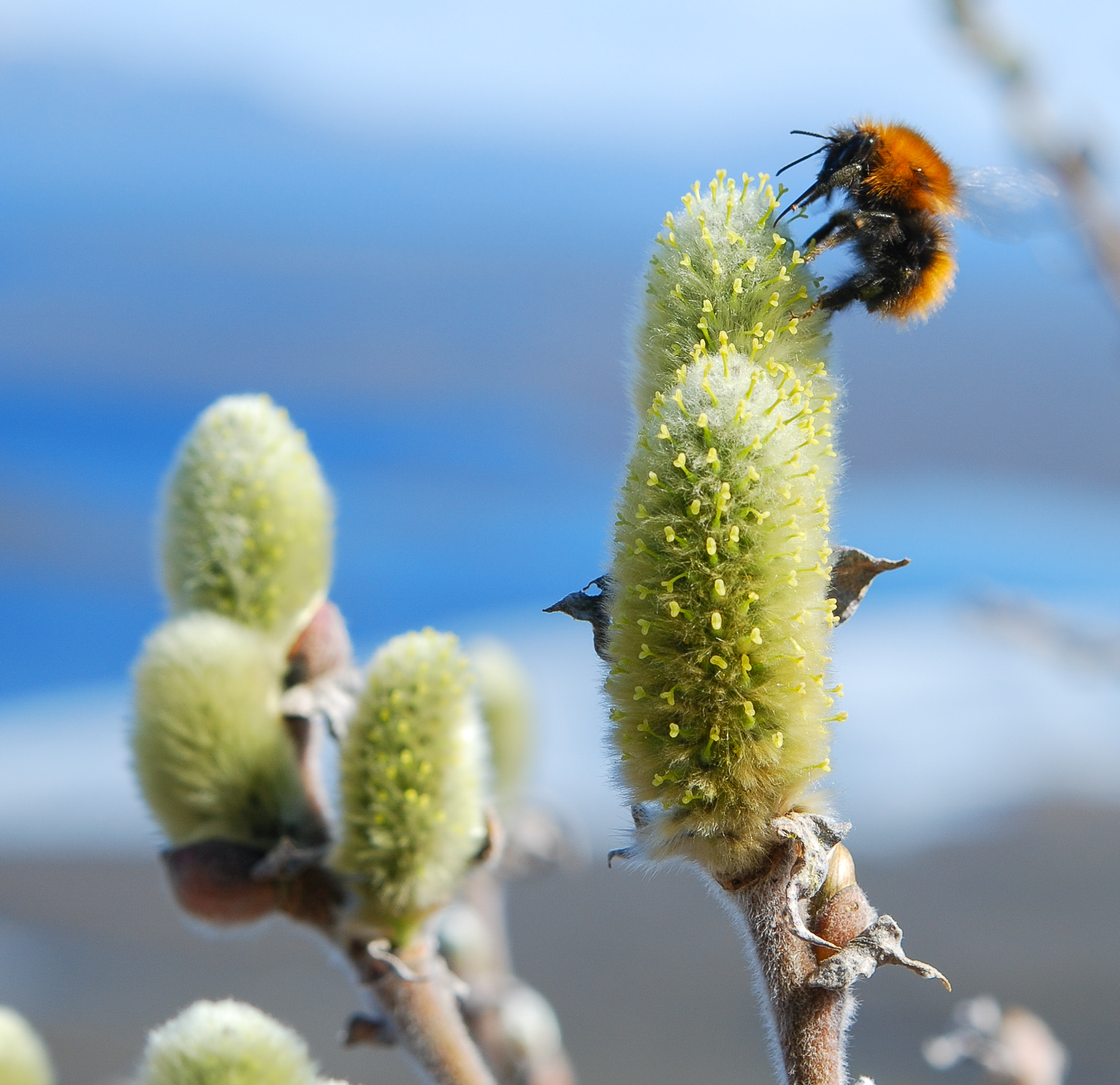 Female inflorescences are robust and in an erect position at the tips of the thick shoots, which at the time of flowering still lack leaves. The inflorescences, which open slightly later than those of males, are initially rounded, but grow in length through the flowering period. At the same time, the long yellow hairs can fade to become white. Stigmas are greenish yellow. 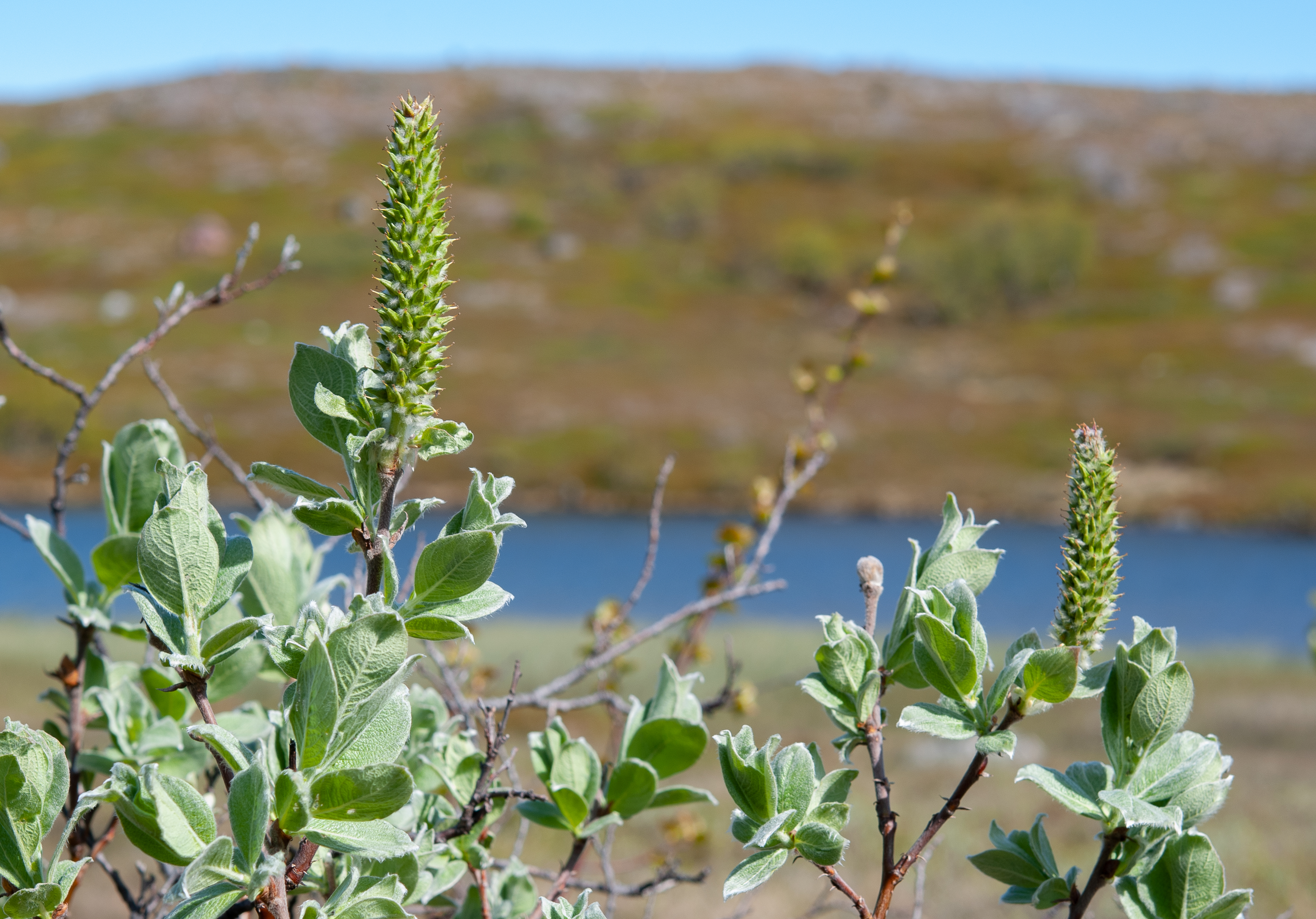 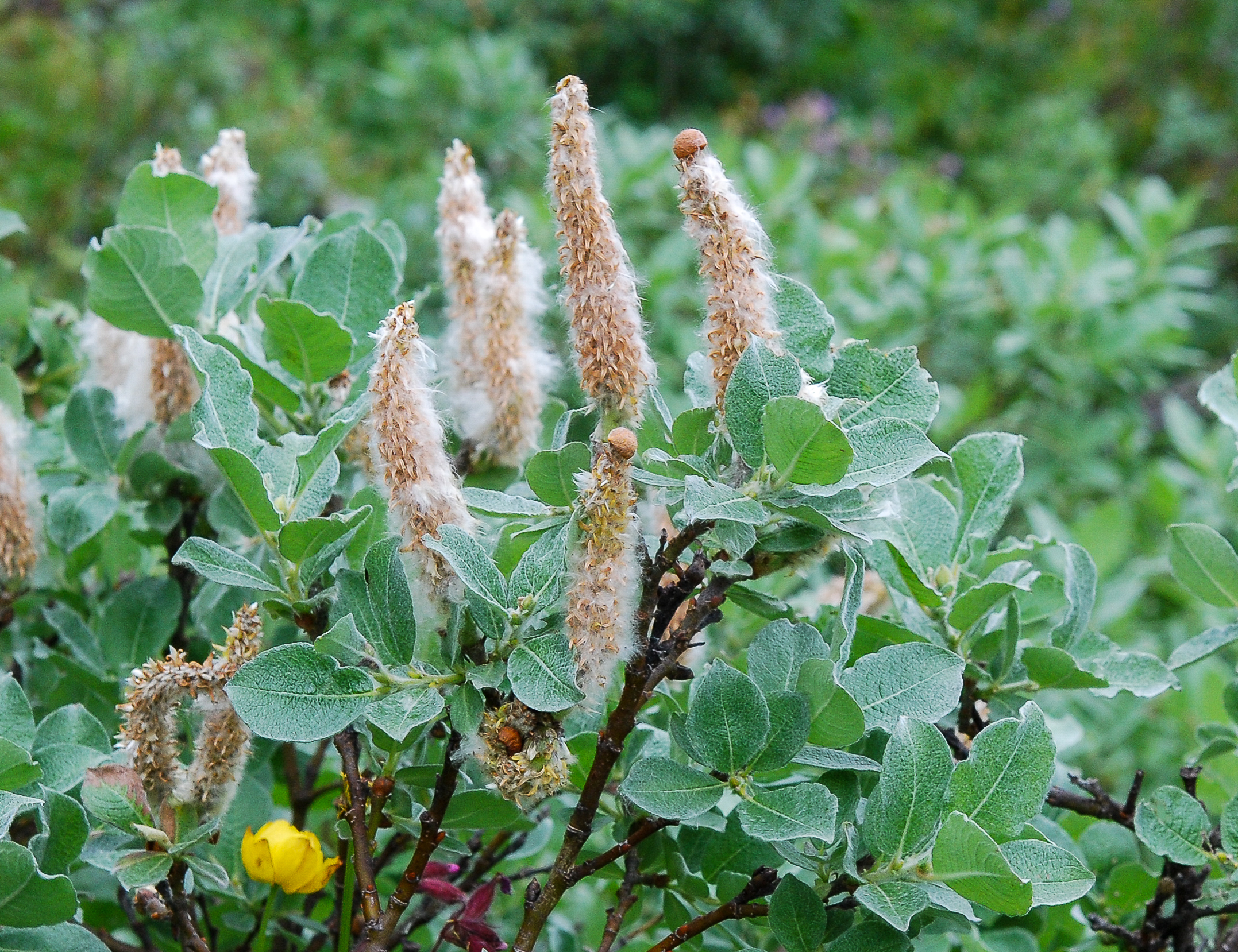 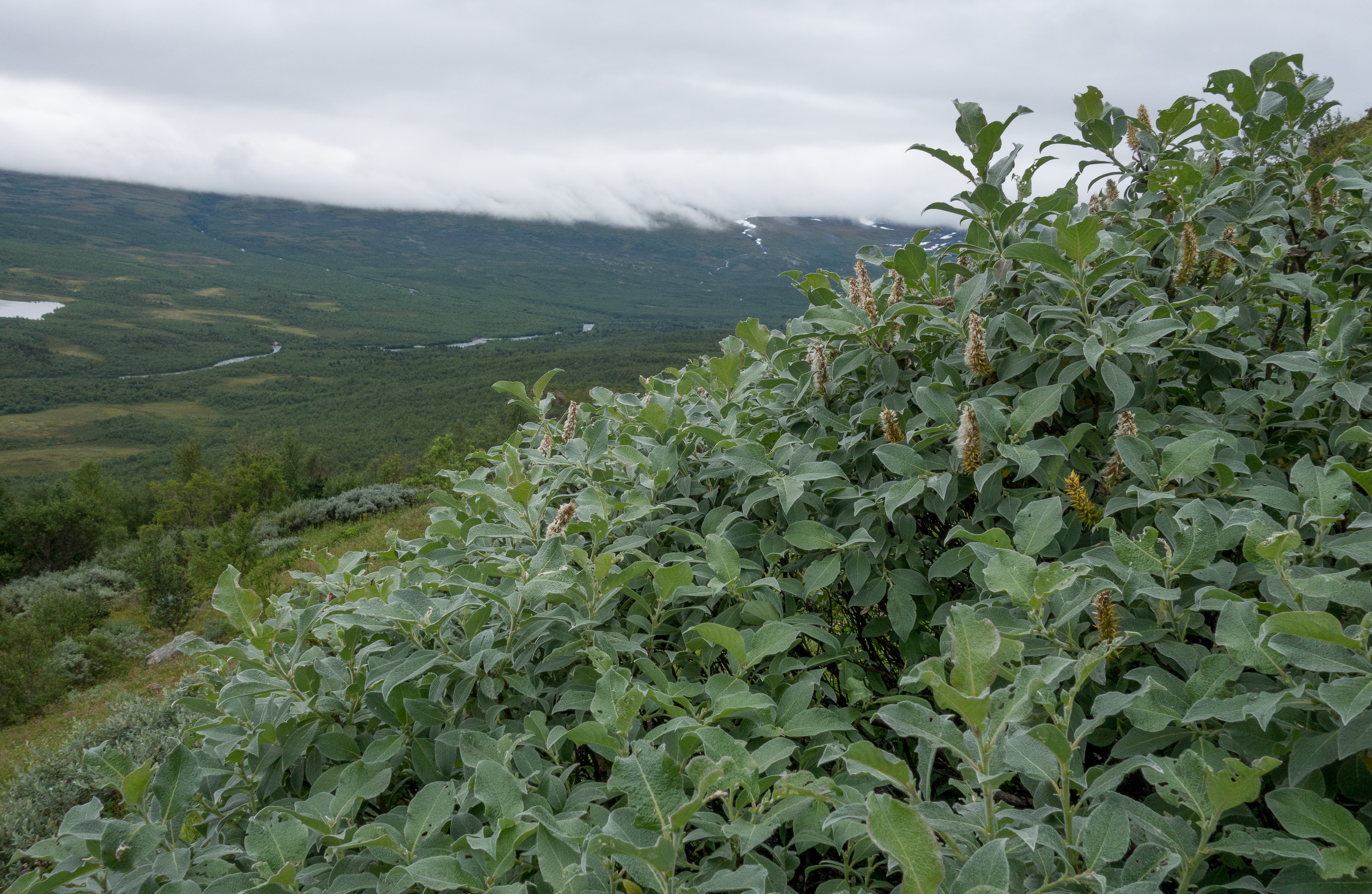 Female inflorescences eventually turn into seed-bearing catkins, which in S. lanata can be up to 15 cm long. The long catkins project conspicuously from the tips of previous-year shoots. 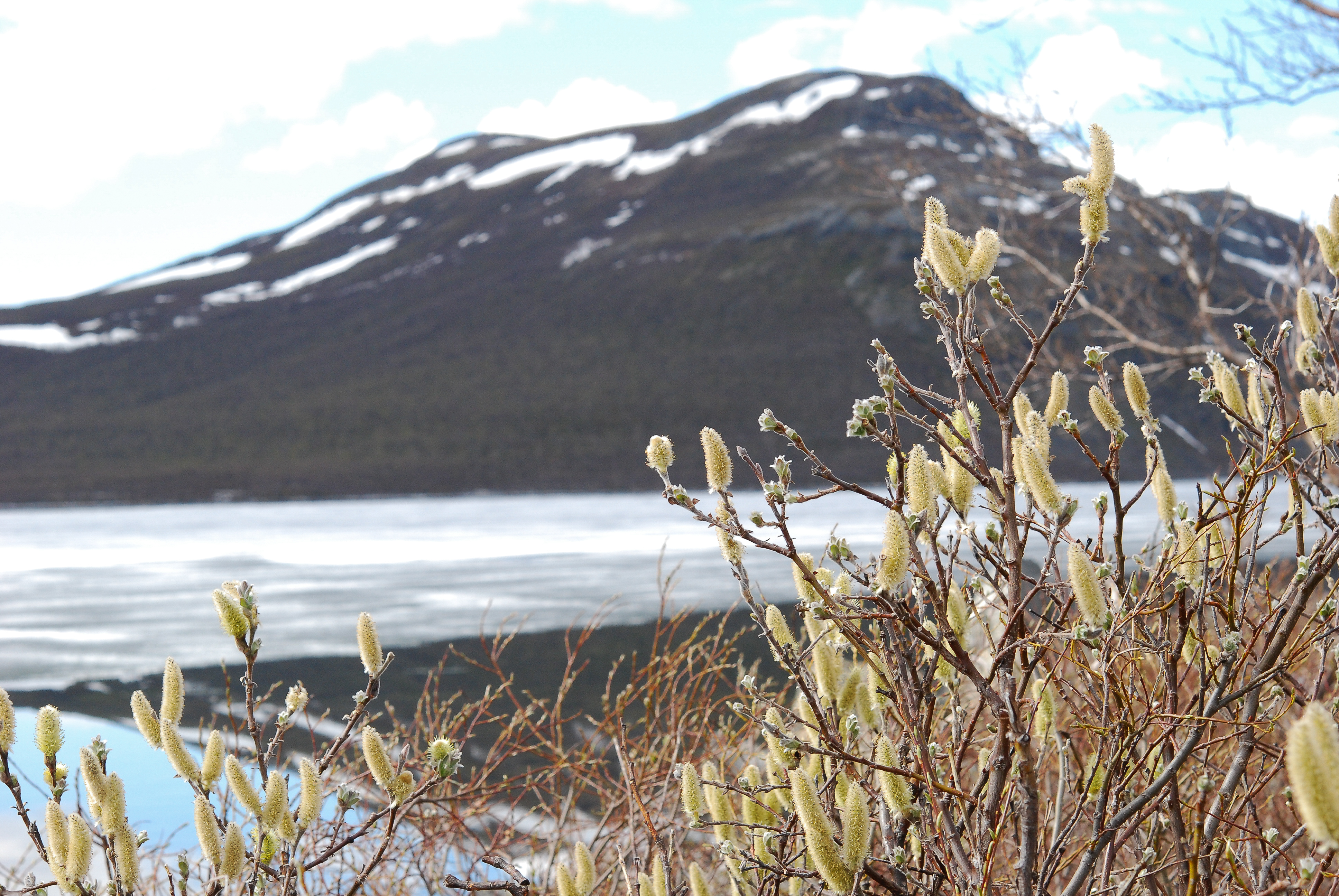 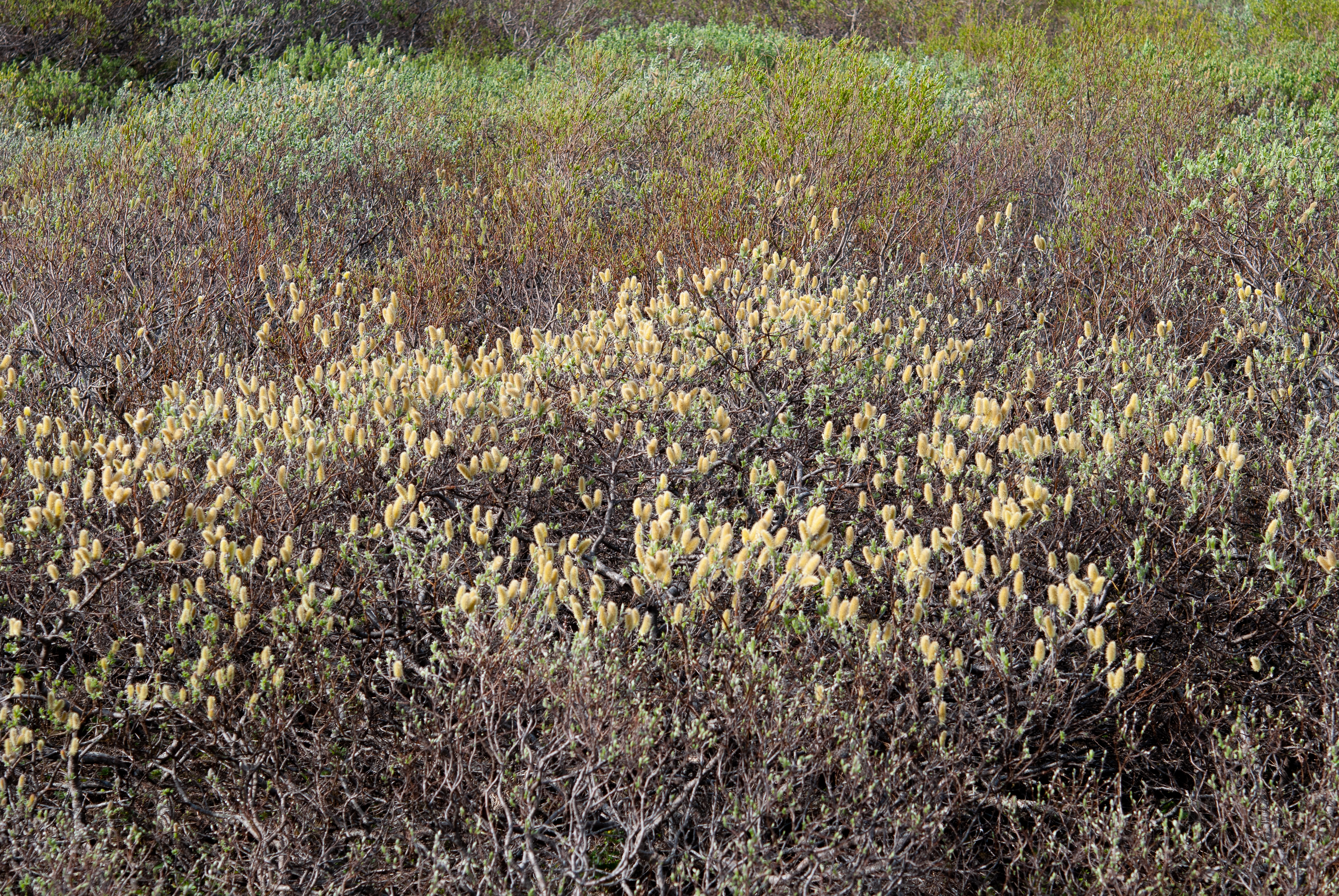 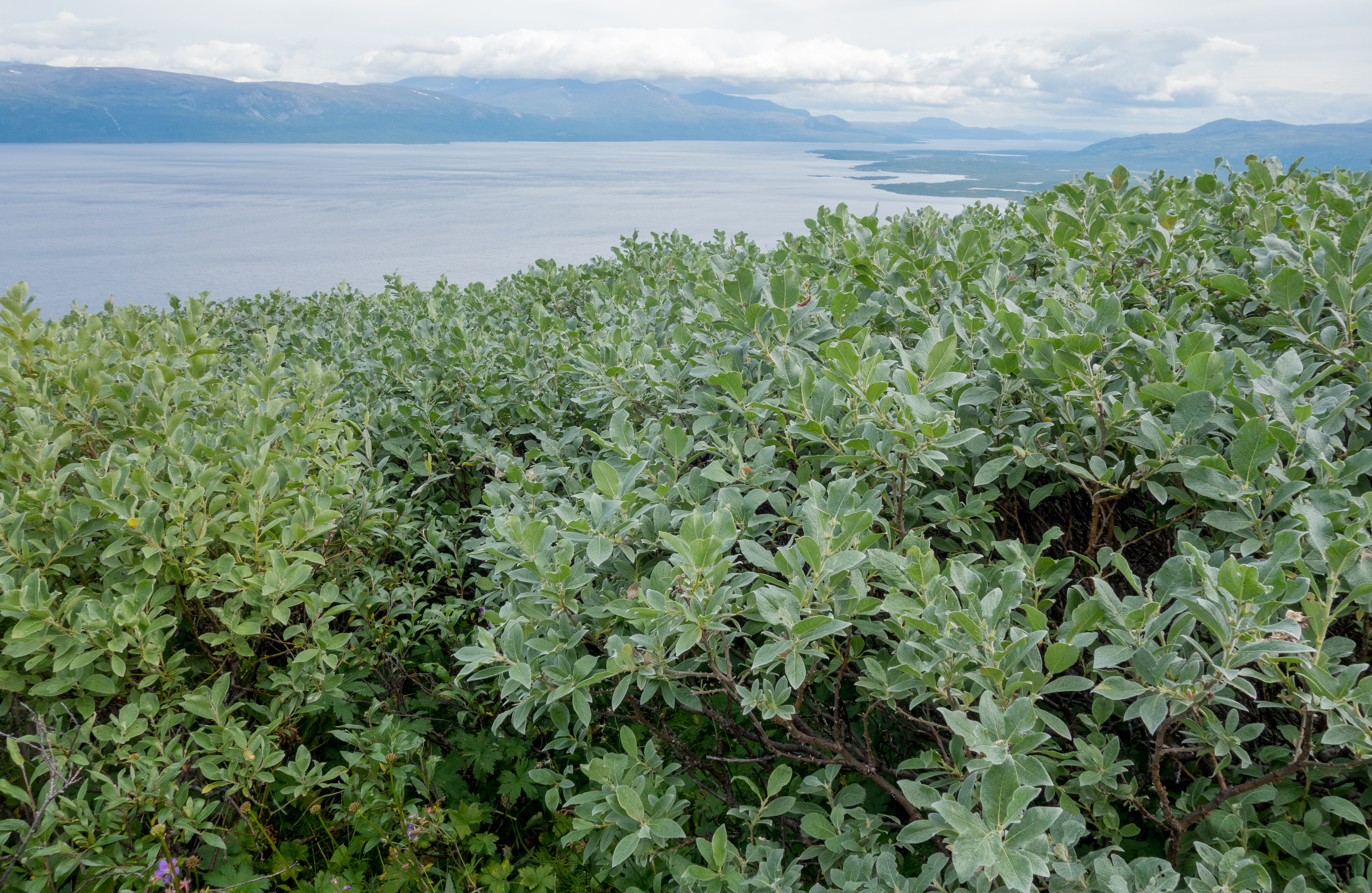 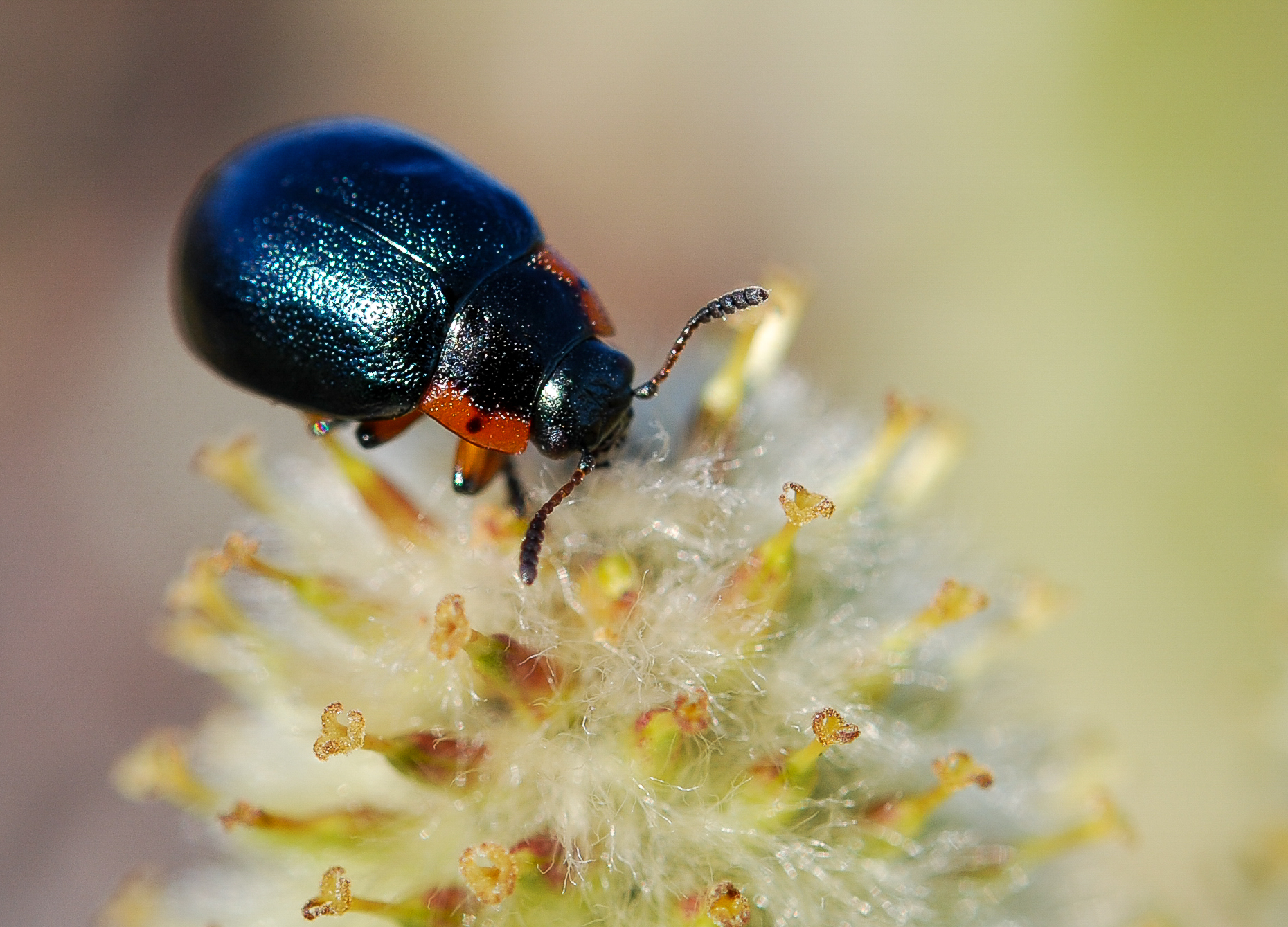 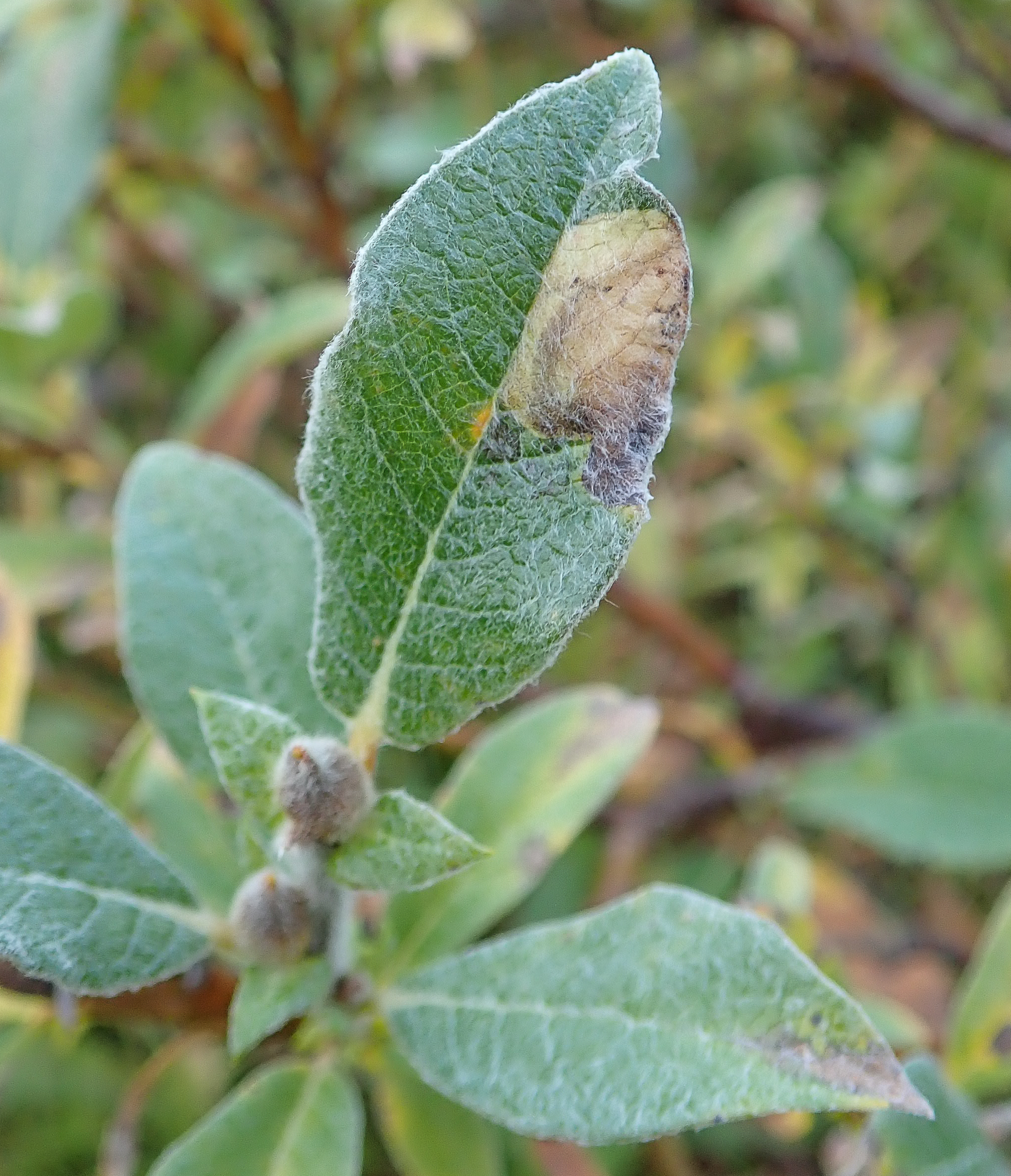 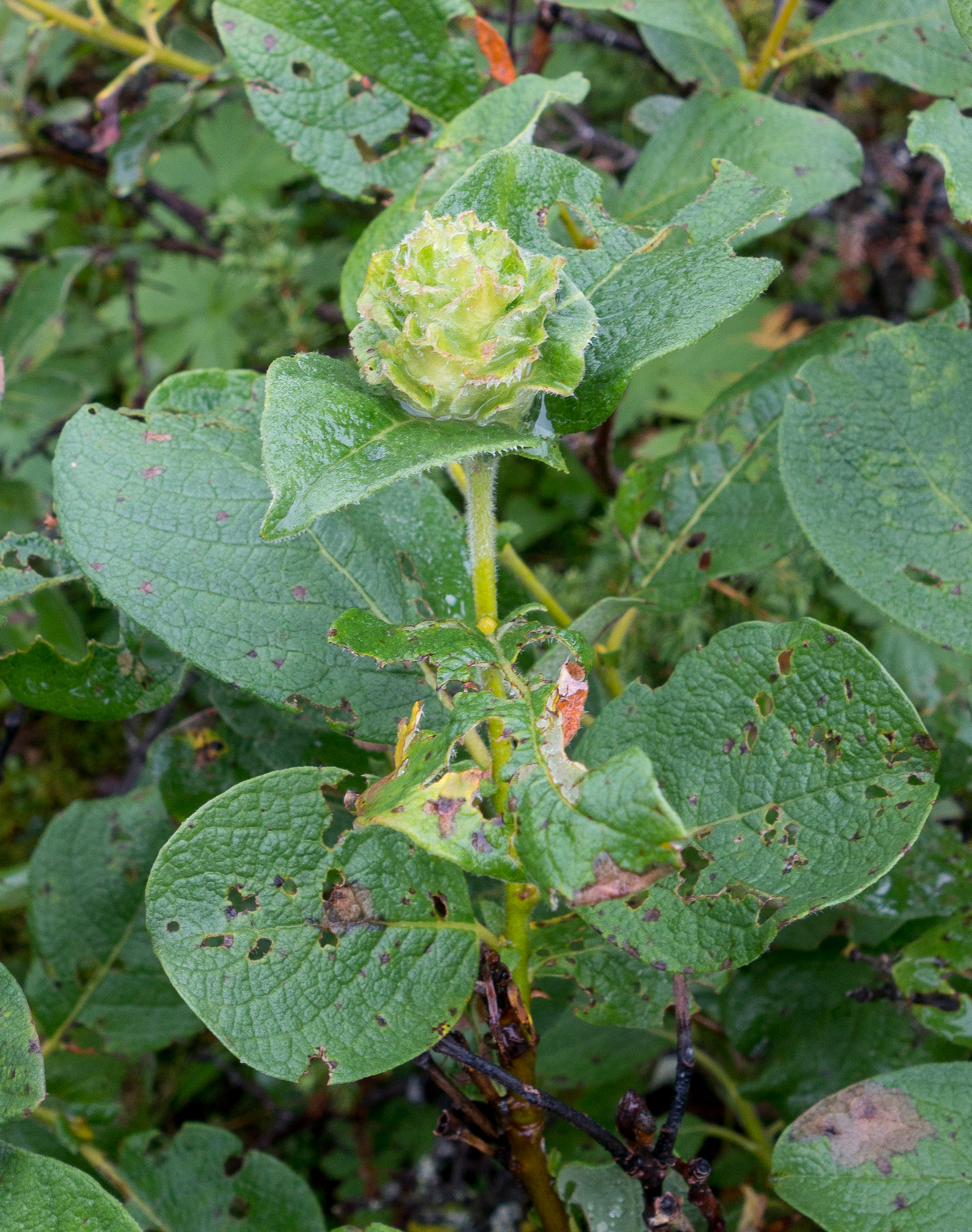 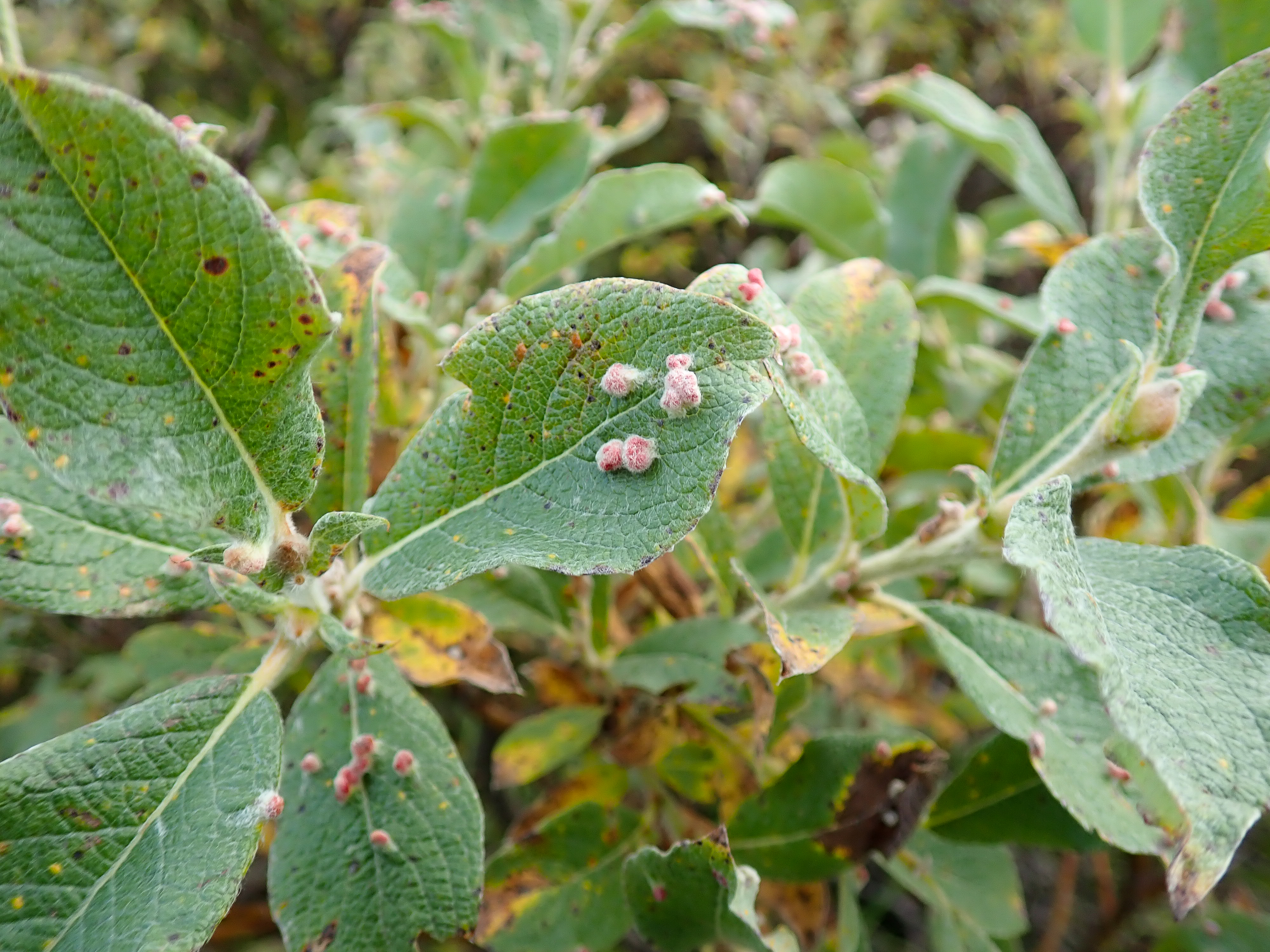 S. lanata is one of the earliest-flowering plants in subarctic and arctic ecosystems, and supports a very diverse community of pollinating insects. The thick leaves and juicy shoots are preferred food of reindeer, so in areas with high browsing pressure, S. lanata tends to be restricted to rocky areas and the steepest hillsides. At good sites with calcareous soil, the species forms impenetrable thickets. Herbivorous insects include numerous sawflies, beetles, and moths. Gall inducers are represented by insects from many orders, as well as mites.