Of the three northern European dwarf willow species, Salix herbacea is the least demanding with respect to soil conditions. It is often found on relatively dry and nutrient-poor soils on fjelltops, often in front of slowly-melting snow patches. S. herbacea can be separated from the closely related S. polaris based on the leaves, which in S. herbacea are thinner and have clear dentition along the leaf edge. The species is widely distributed in the arctic regions of North America and across arctic and alpine localities in Europe. S. herbacea is present in the northernmost parts of Fennoscandia as well as down south along the high fjell region of Norway. 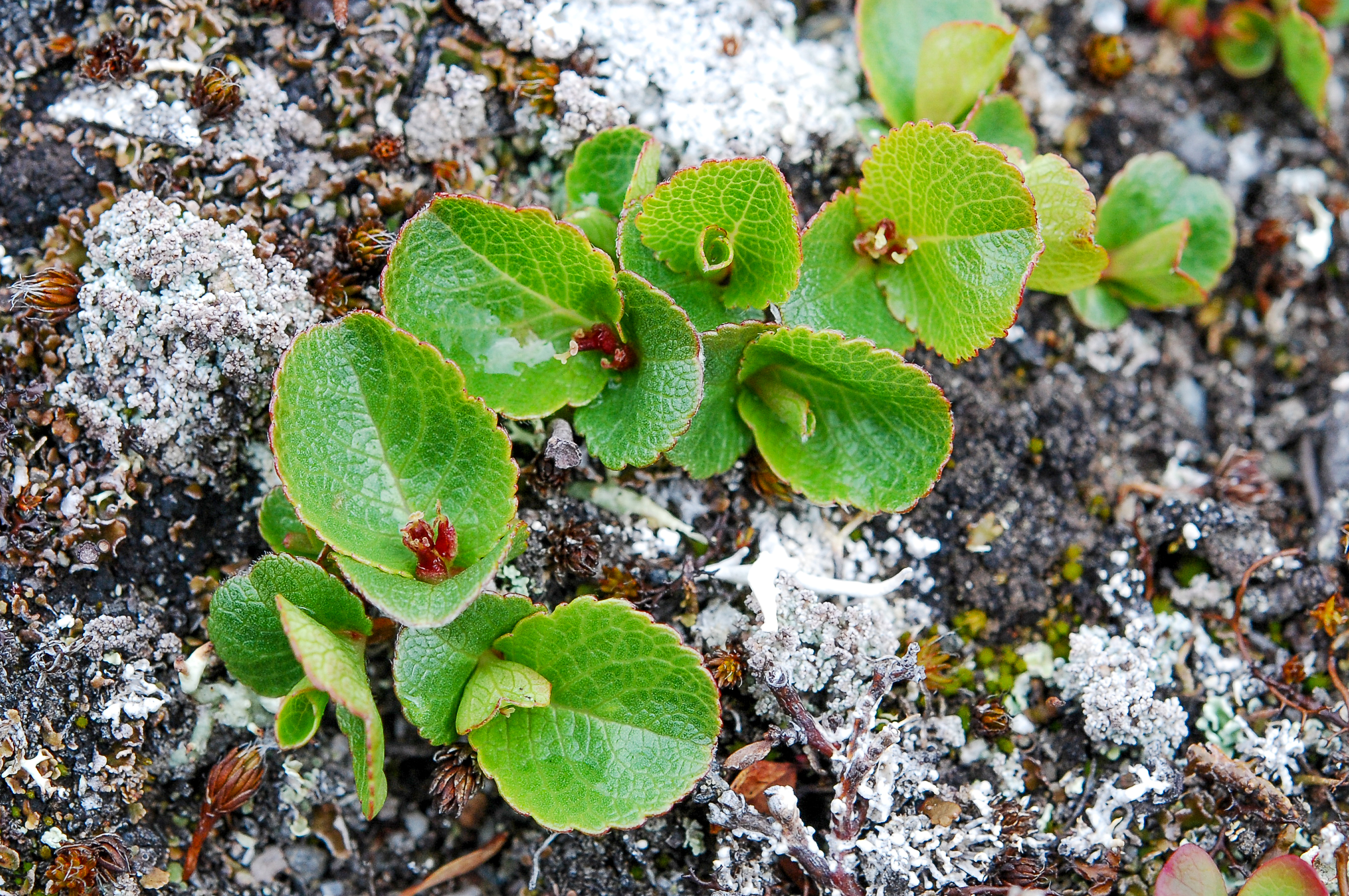 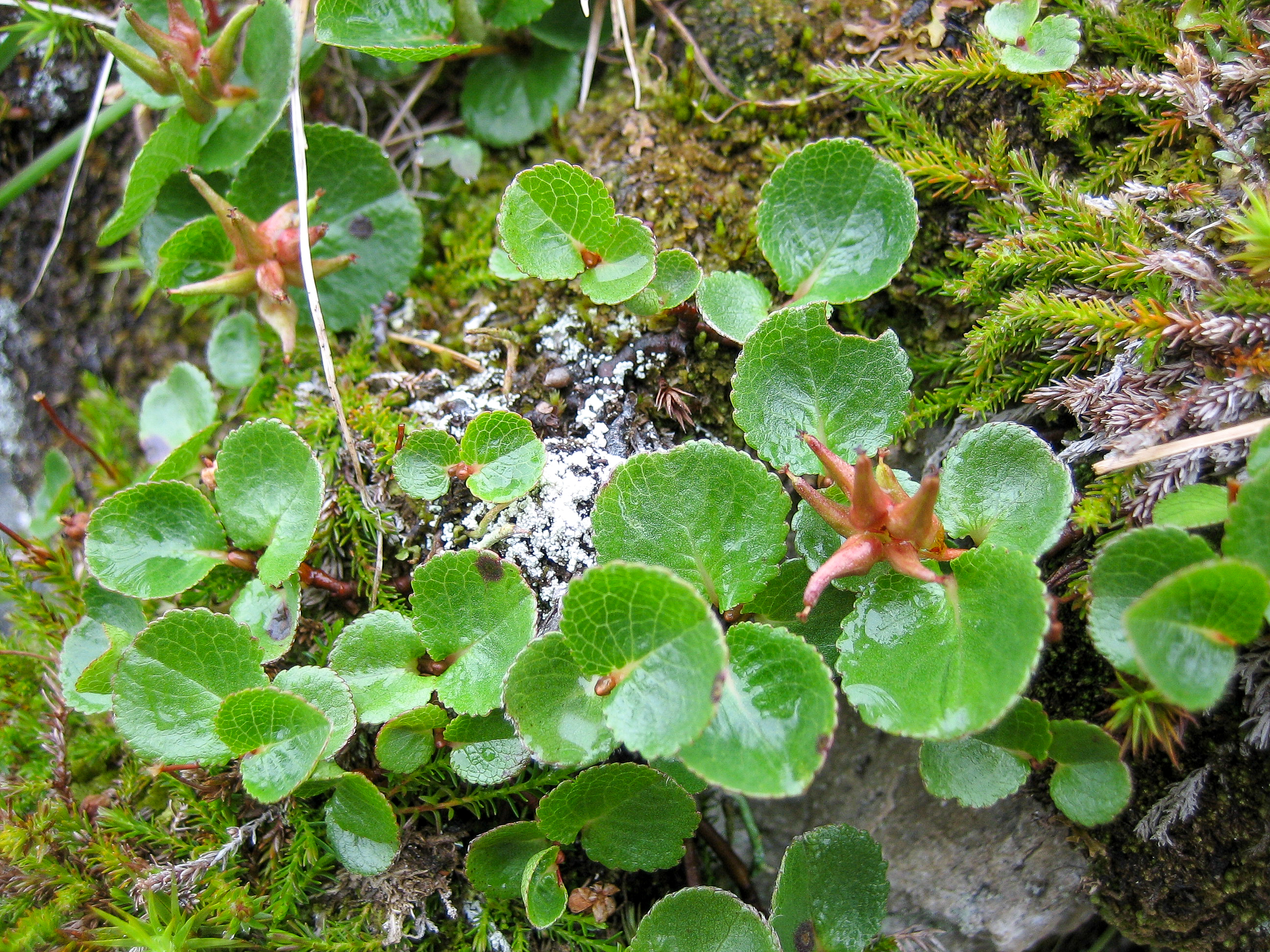 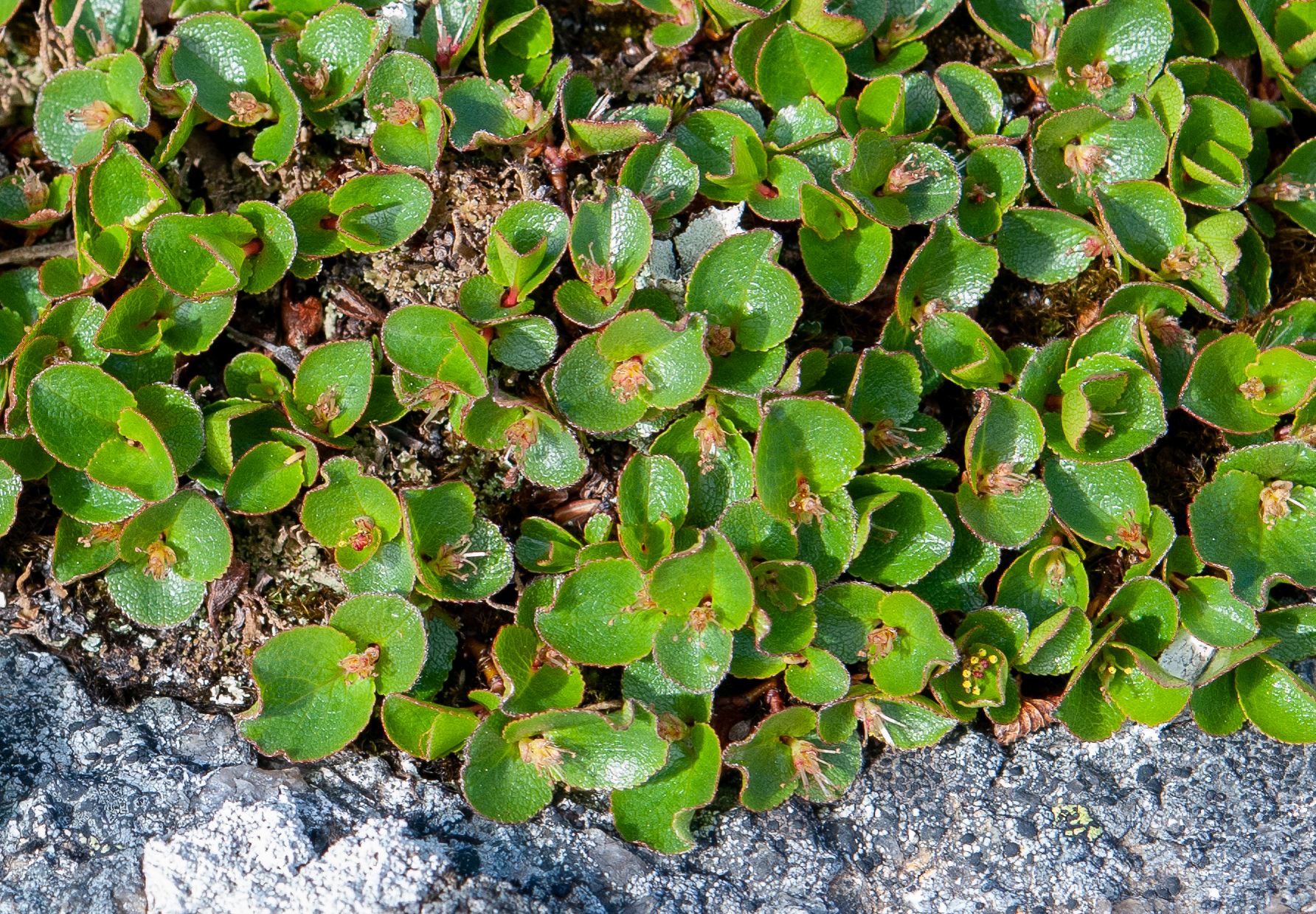 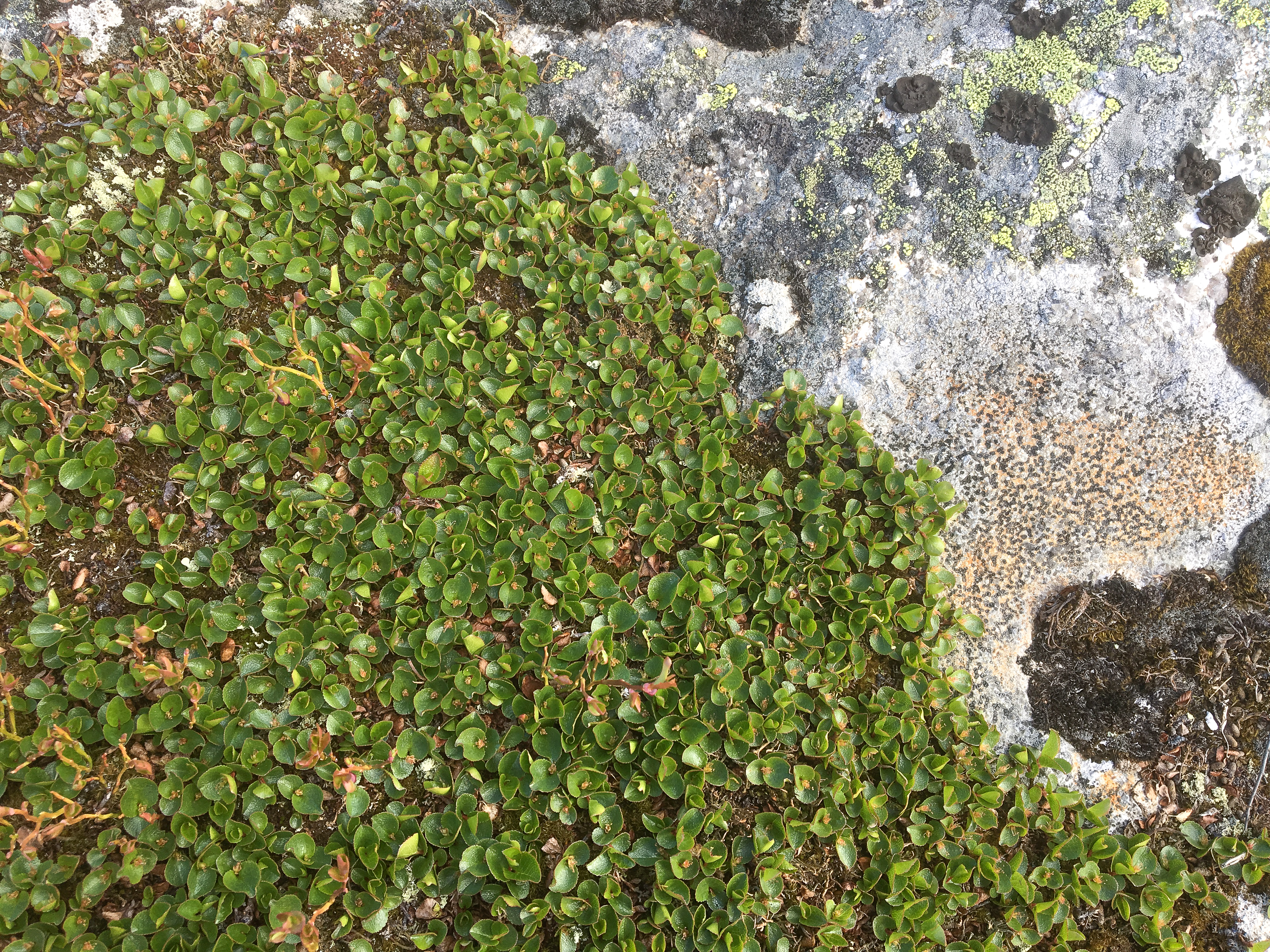 The small round leaves of S. herbacea are very characteristic. The leaves have clear dention along the edge and are matte green and thin, so that a pale network of leaf veins is revealed when looking through the leaf in bright light. Thin hairs may be present, but usually the leaves are glabrous

The shoots are very thin and have small buds with no stipules. Shoots often grow inside the soil or in mosses, so an individual plant can be much larger than it appears, and older, centrally located branches can be thick. S. herbacea often forms dense leaf mats that parly cover bare rock and stones. 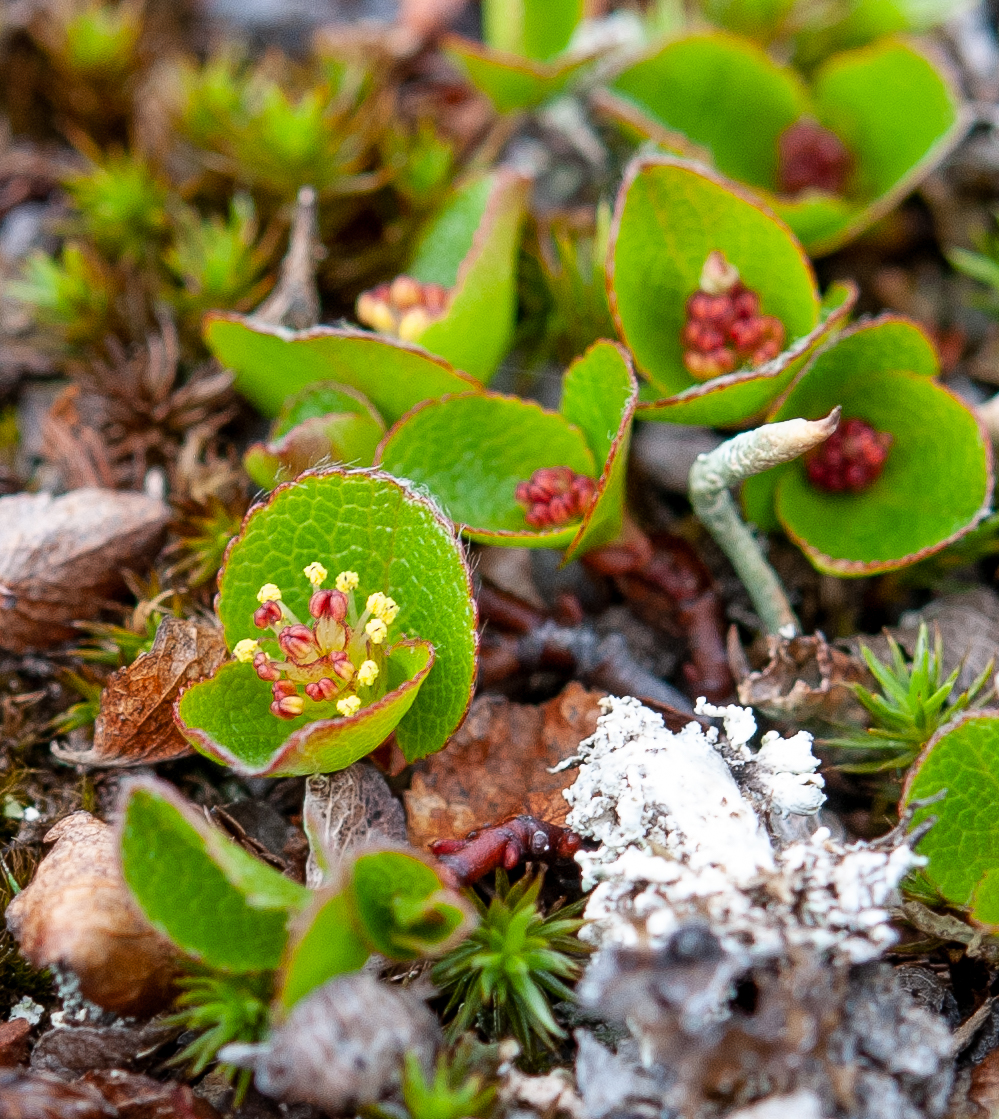 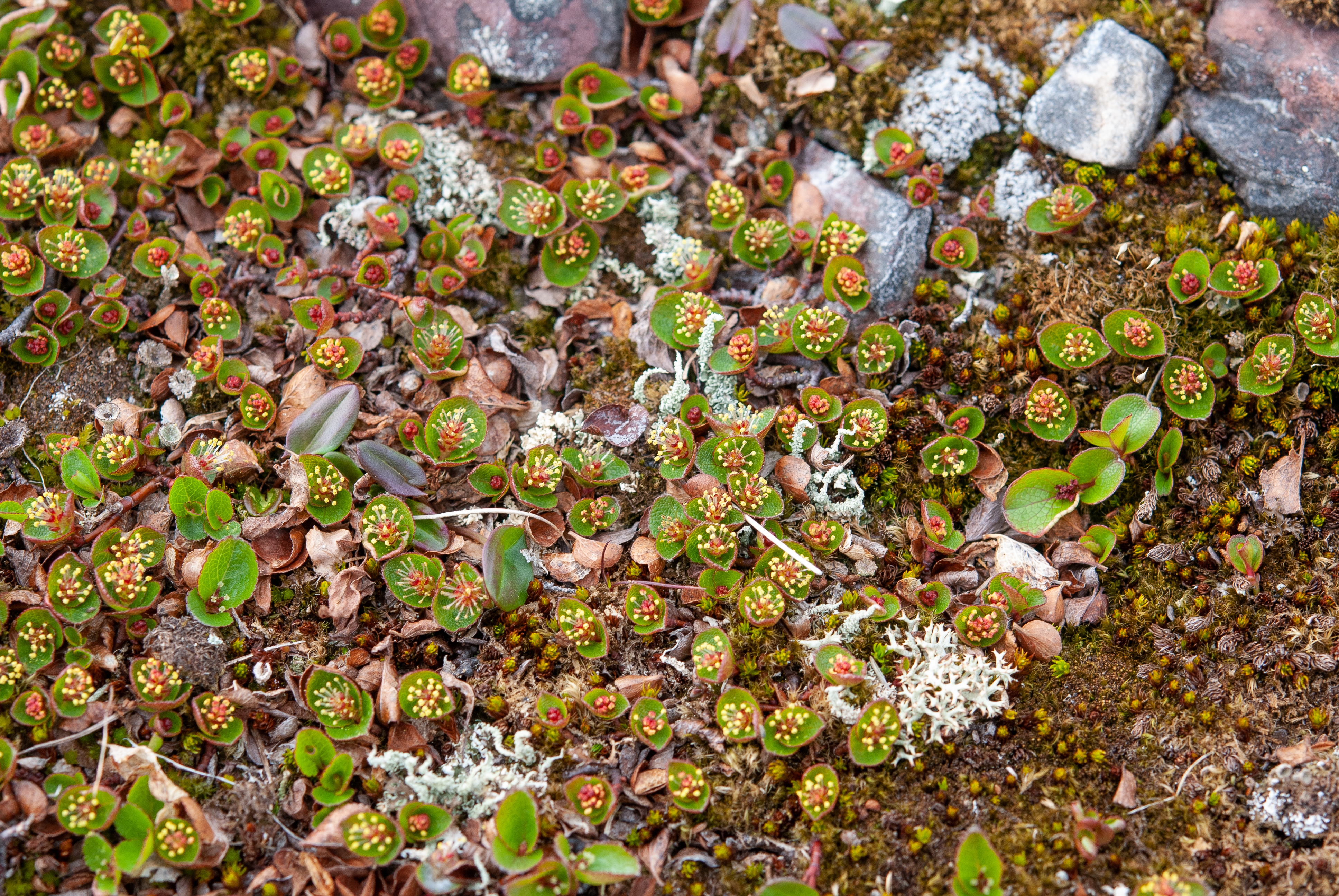 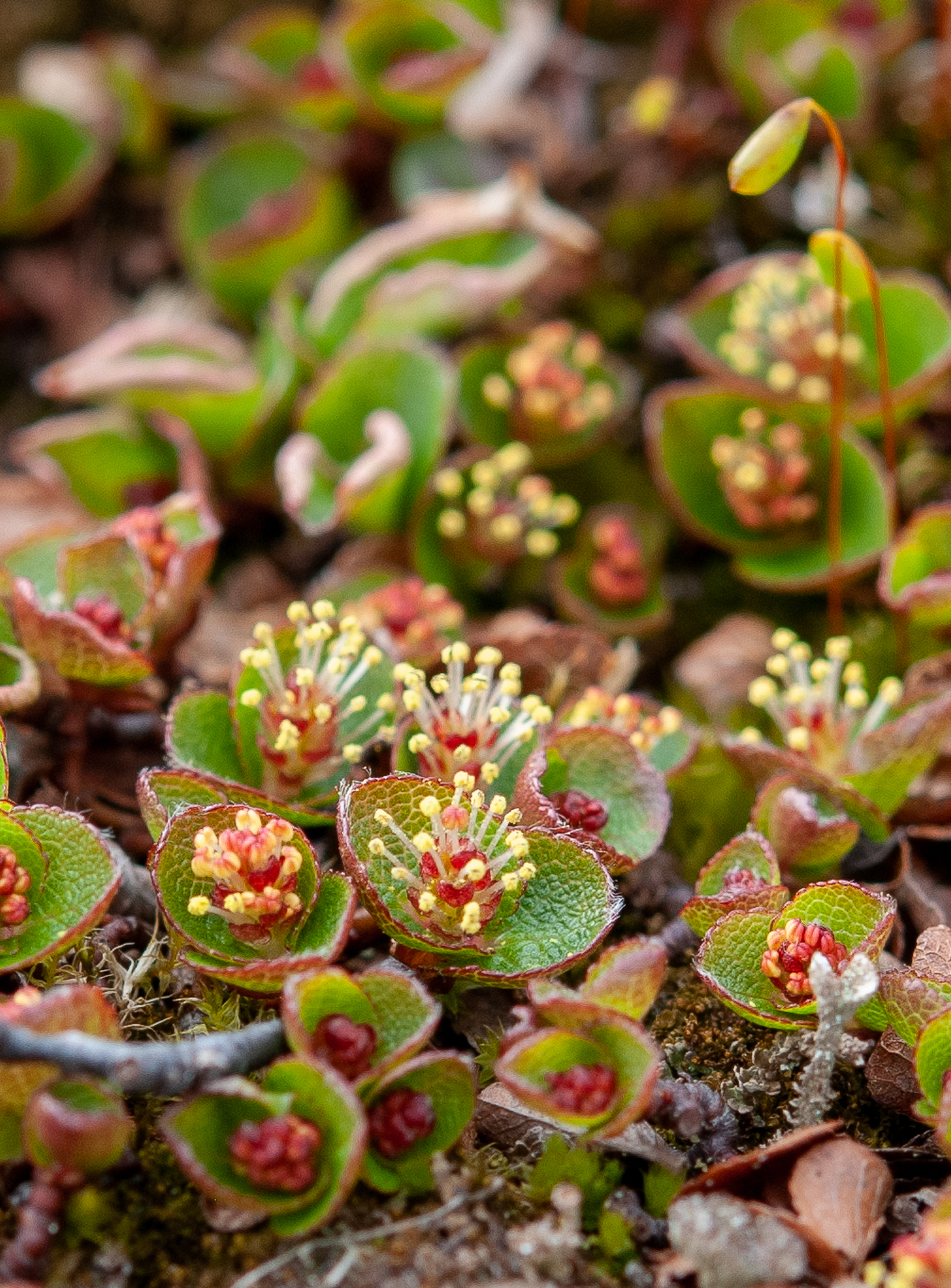 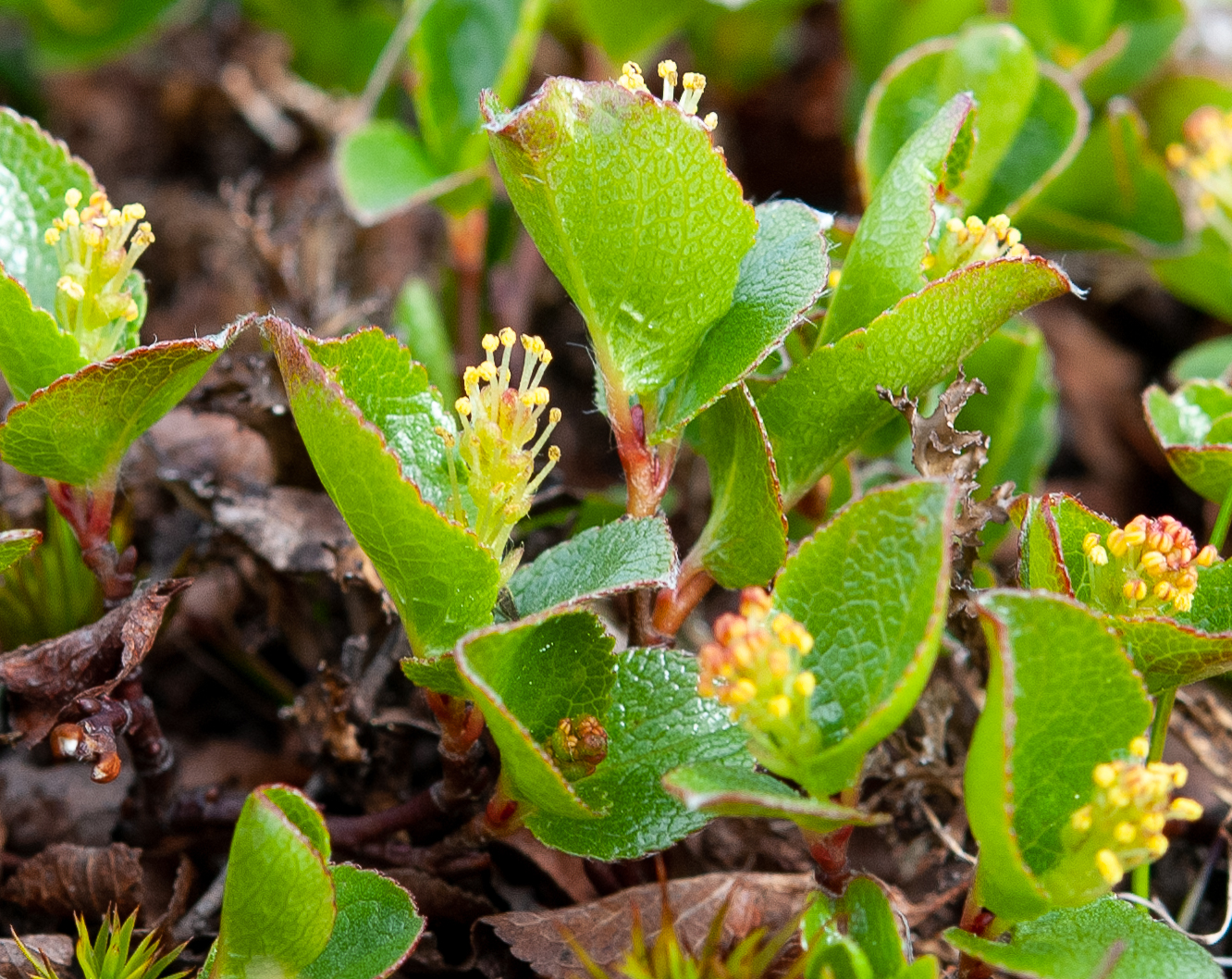 Male inflorescences of S. herbacea are short and round, and lack a visible stalk. Anthers in the tips of pale yellow or white filaments are initially red, but quickly turn to orange and then yellow. Bracts are pale brown with a dark tip. Flowering begins when the leaves have expanded. 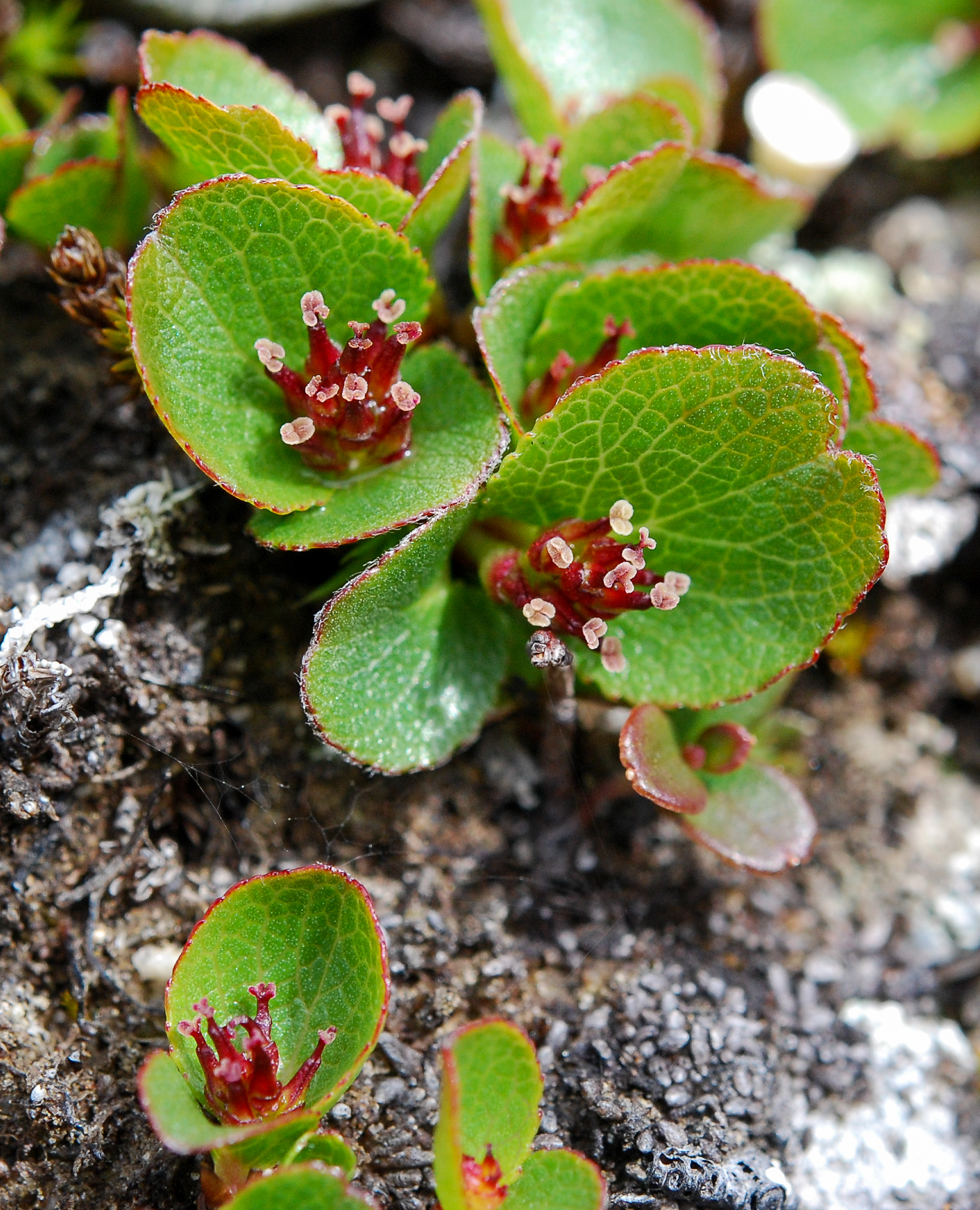 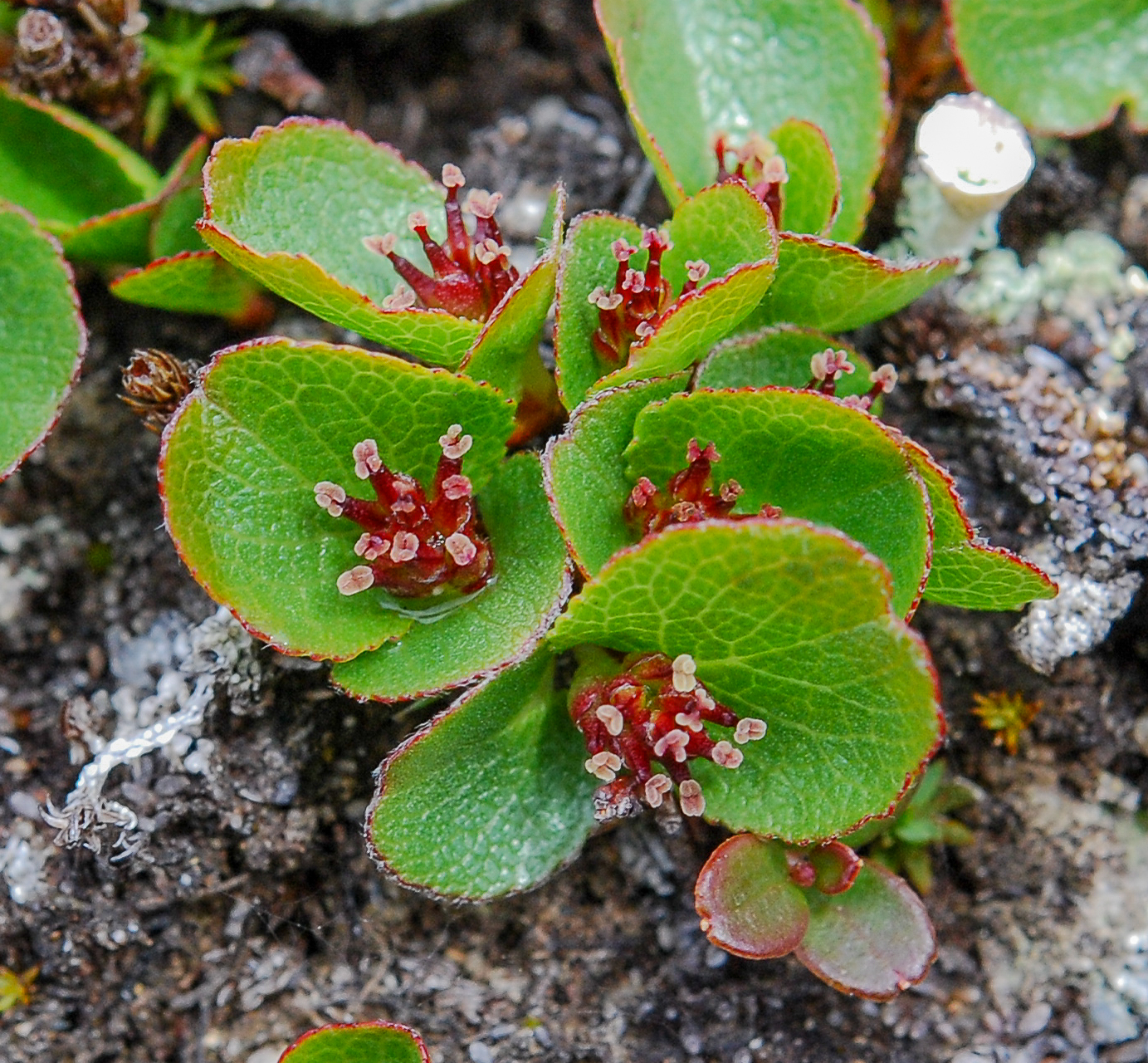 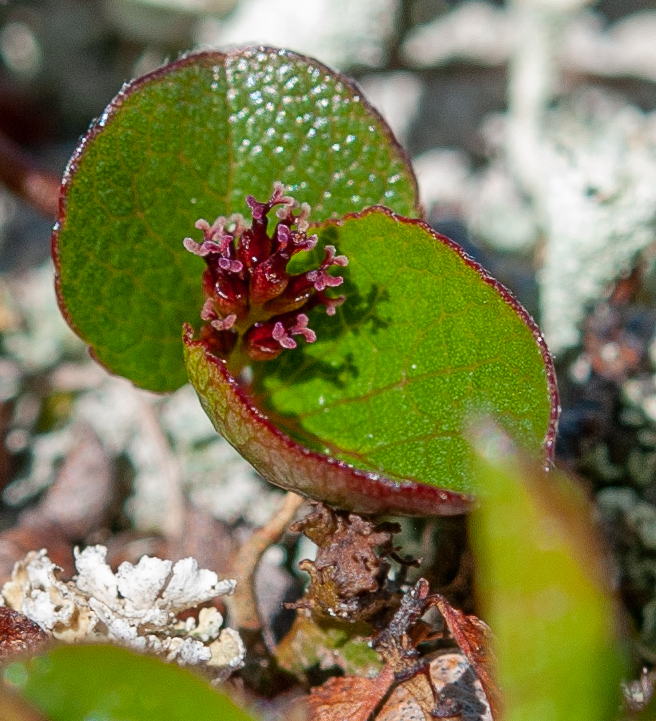 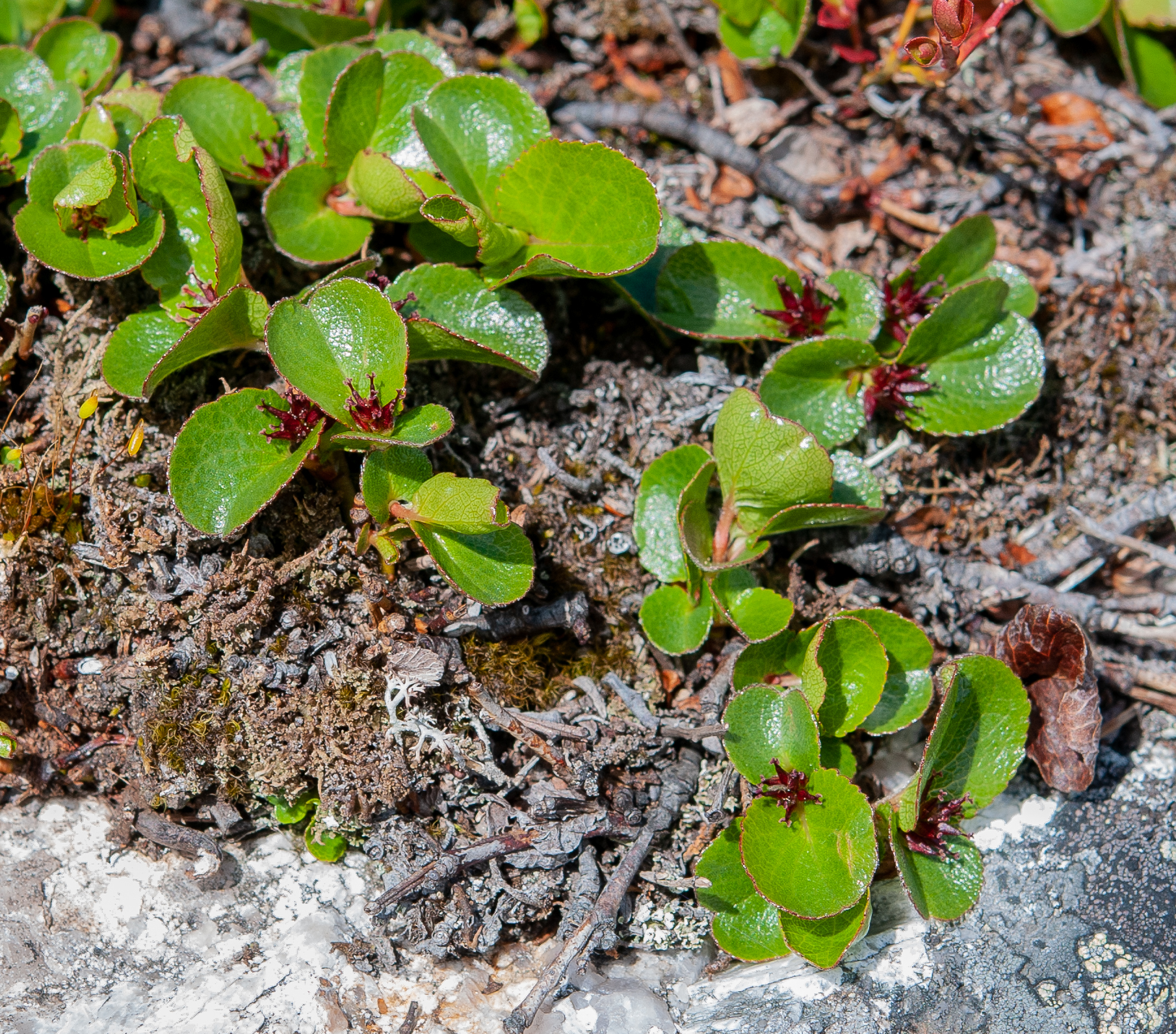 Female inflorescences of S. herbacea have no stalks and are short and composed of only 8–15 separate flowers. Ovaries and styles lack hairs and are bright red, stigmas are pinkish. Bracts are pale brown with dark tips. Flowering commences when the leaves have already expanded. 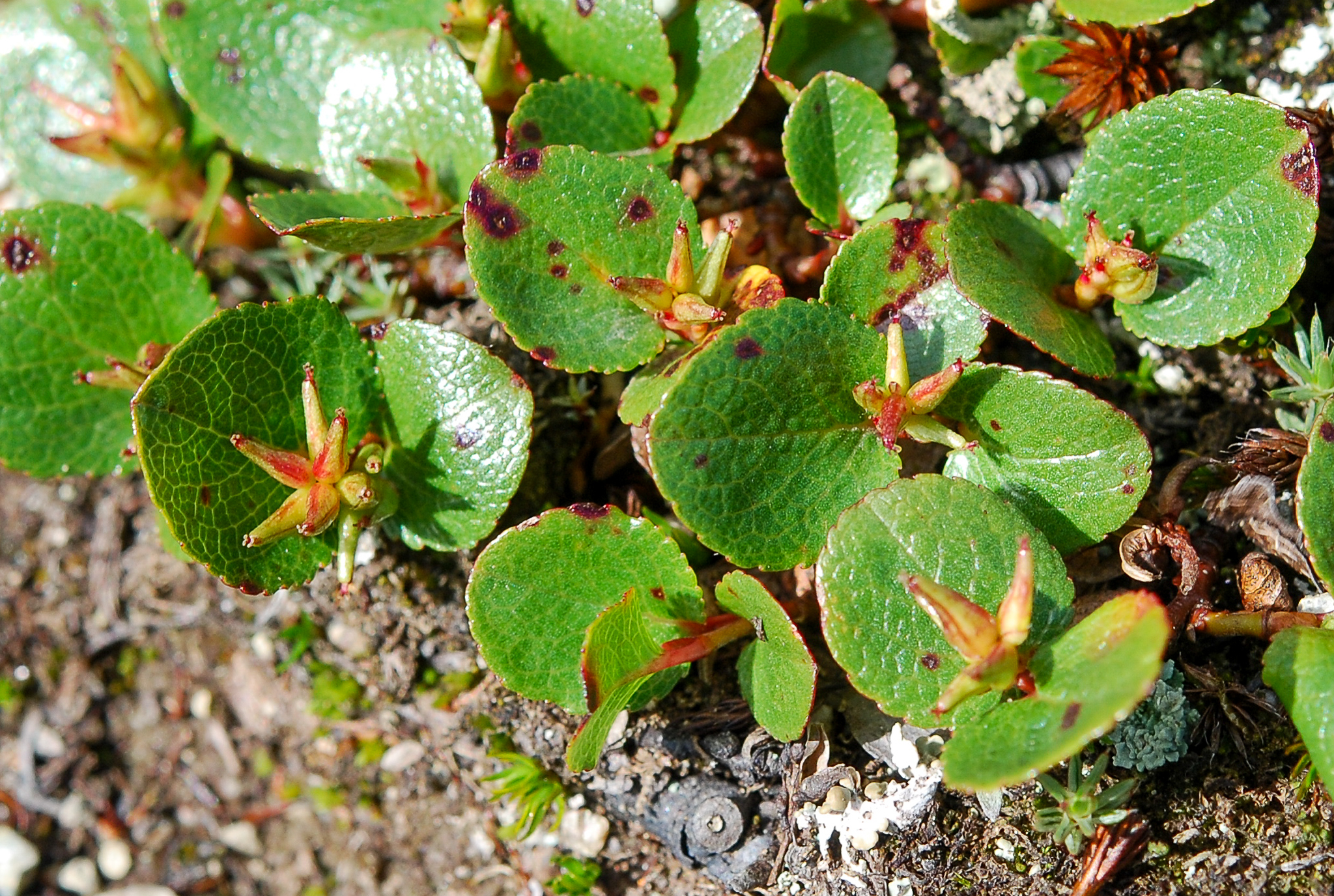 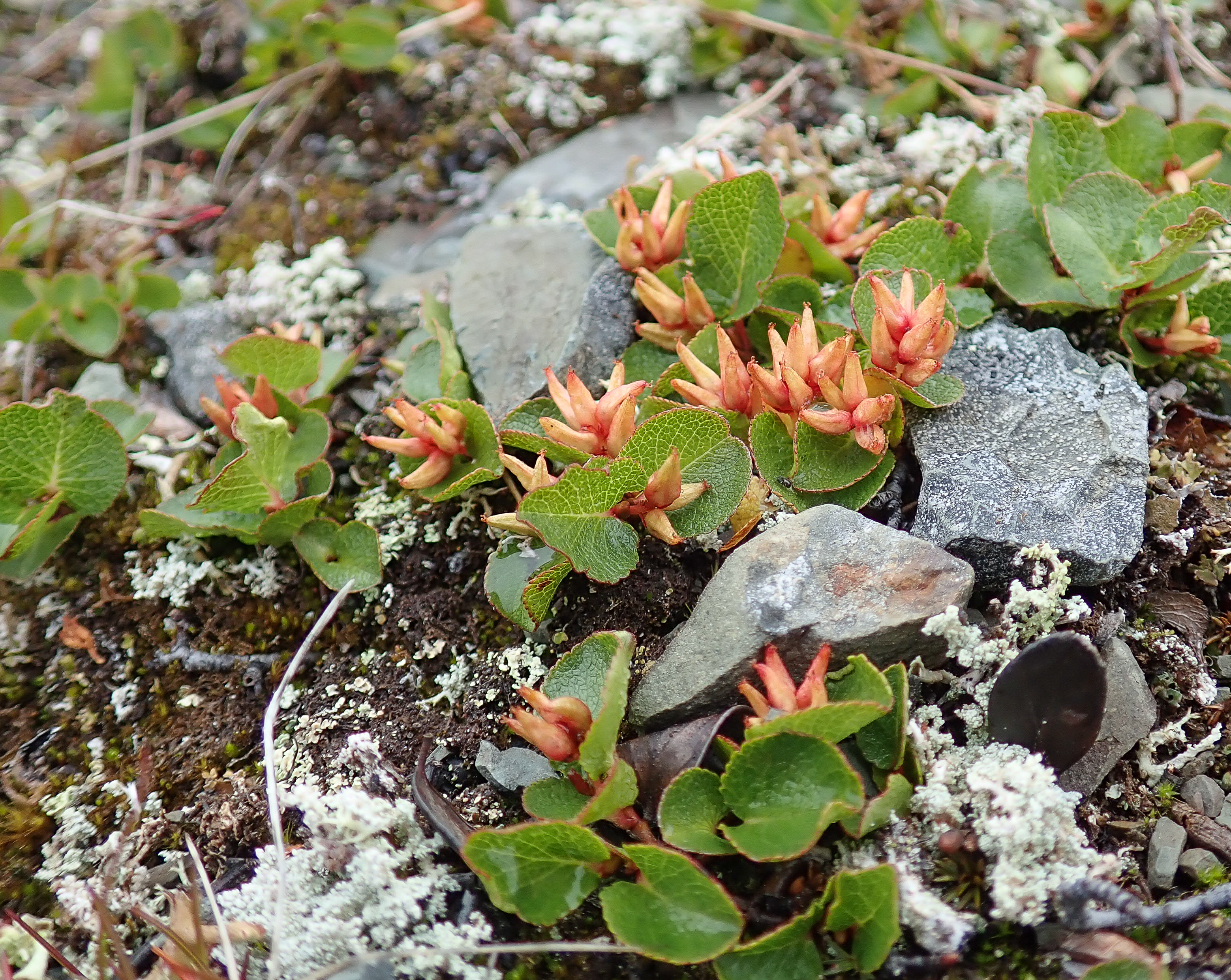 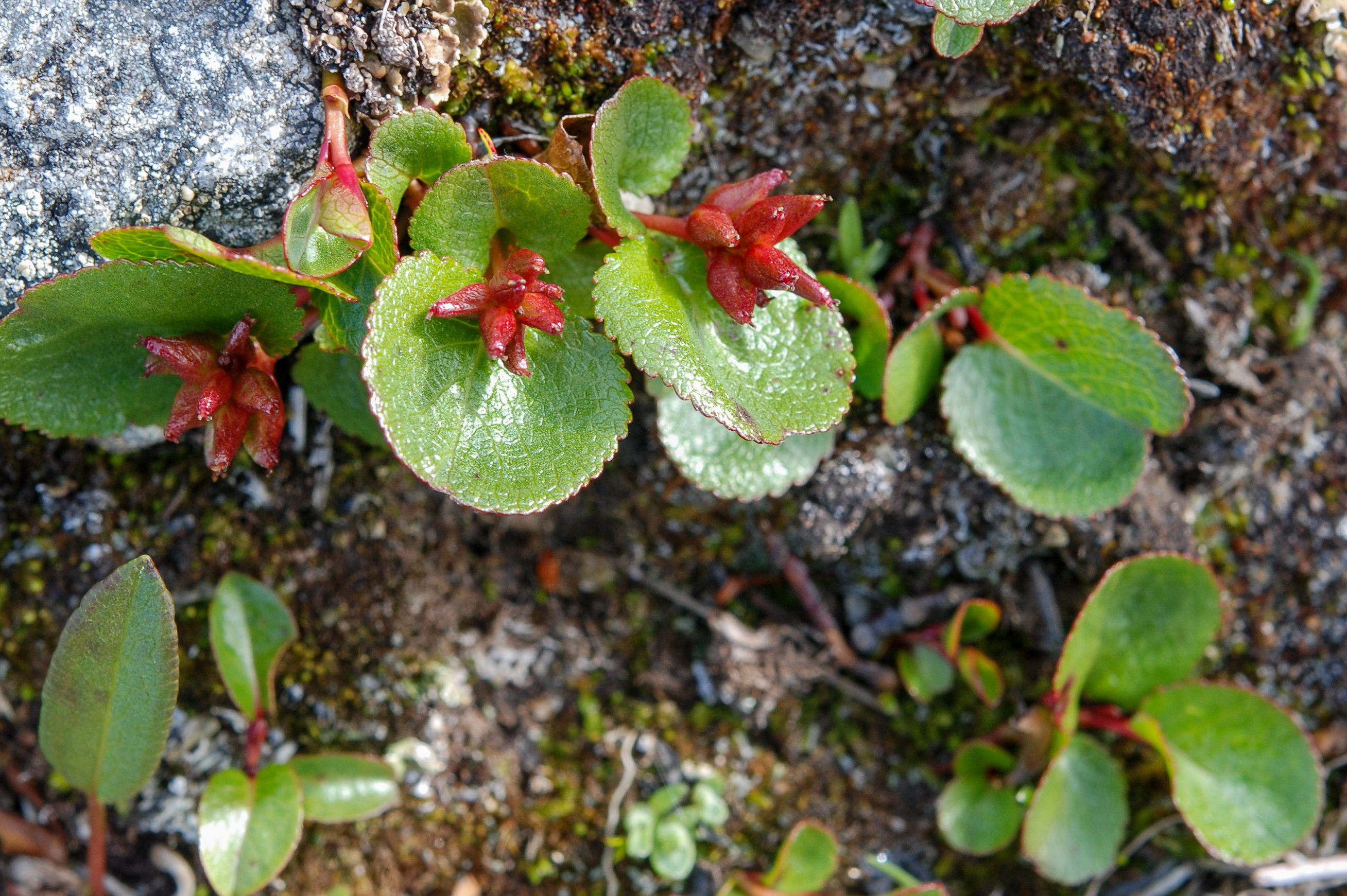 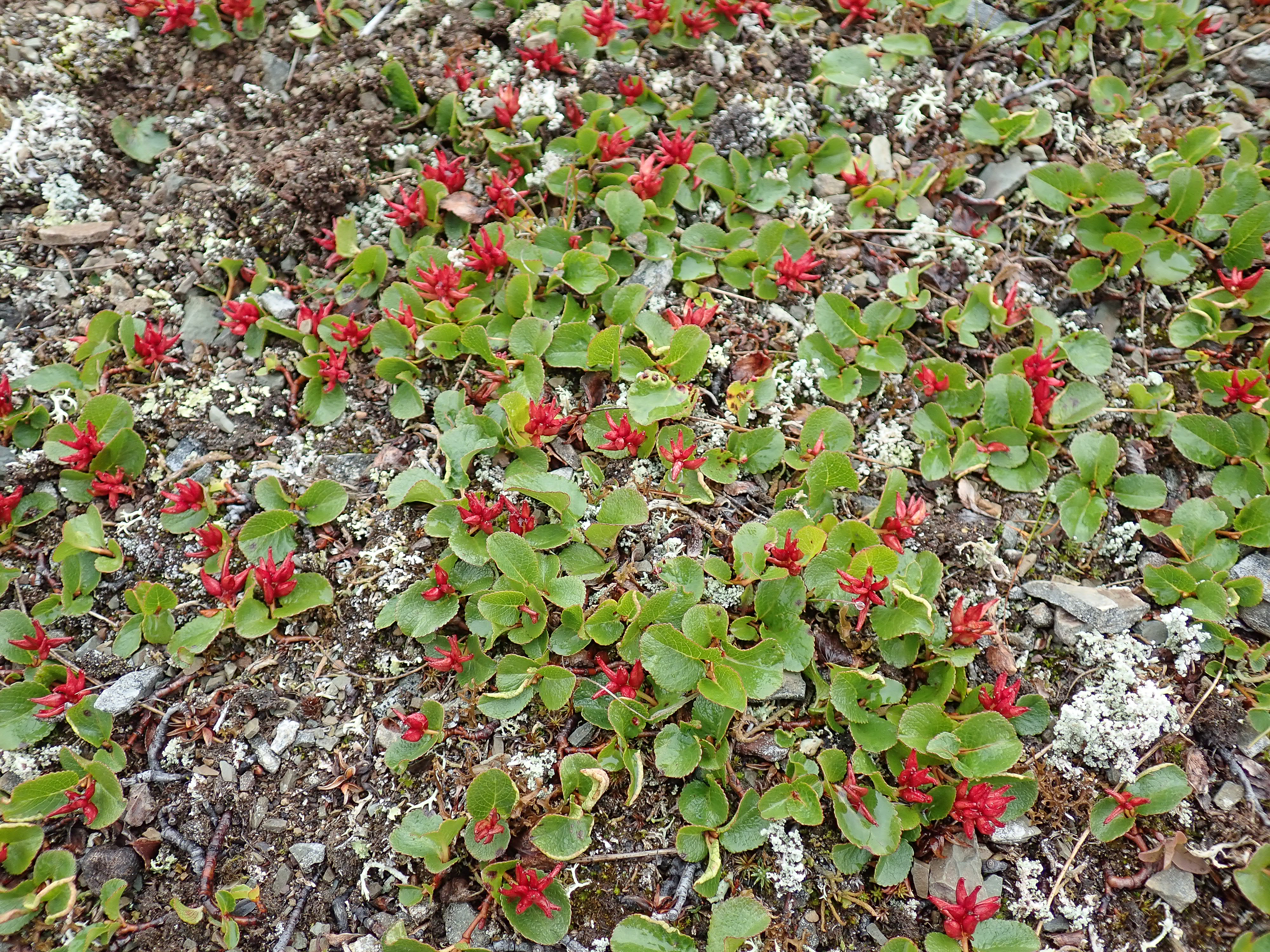 S. herbacea catkins are short and composed of fewer than circa 15 individual hairless fruits. The coloration varies markedly from yellow to dark red. 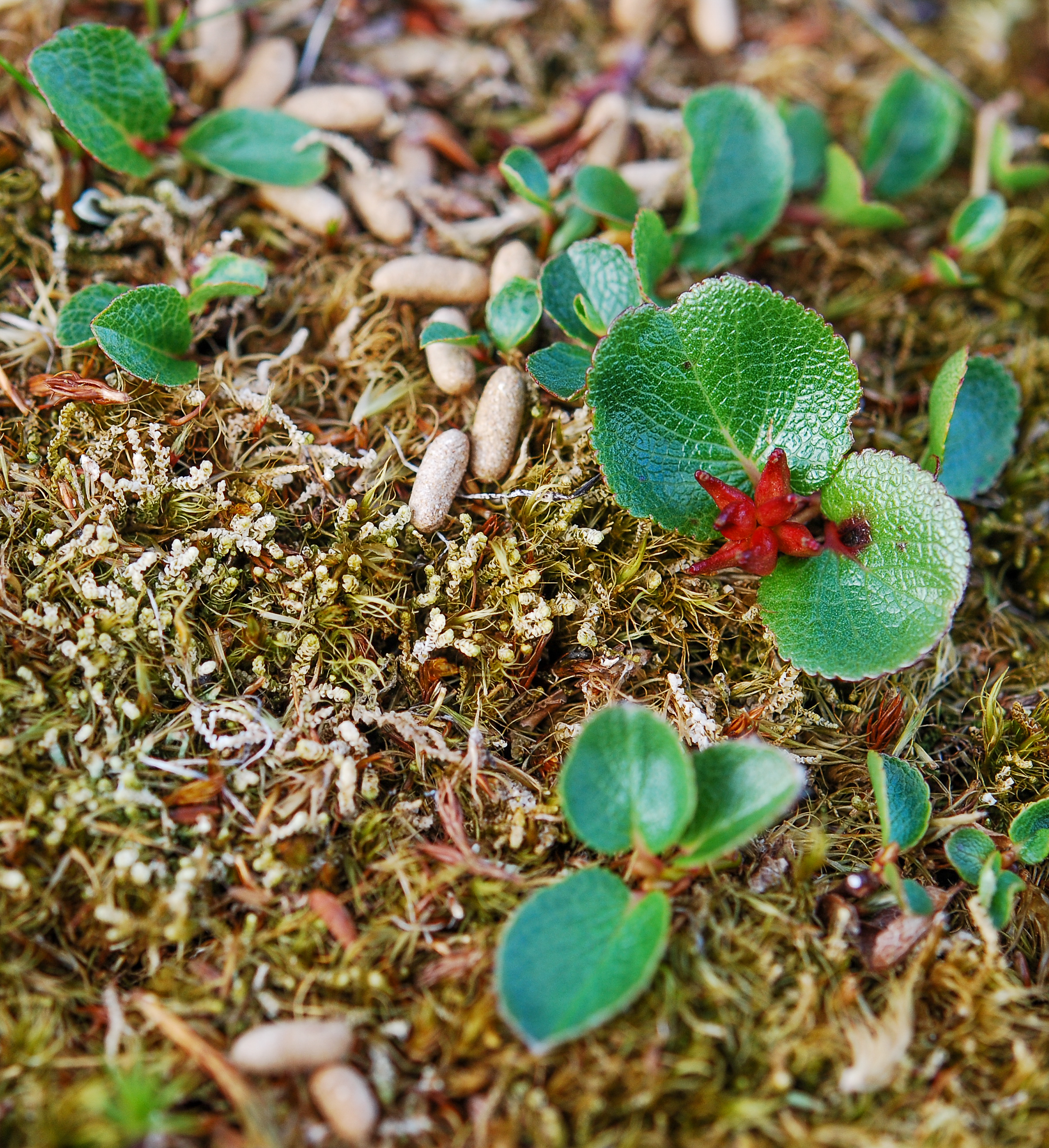 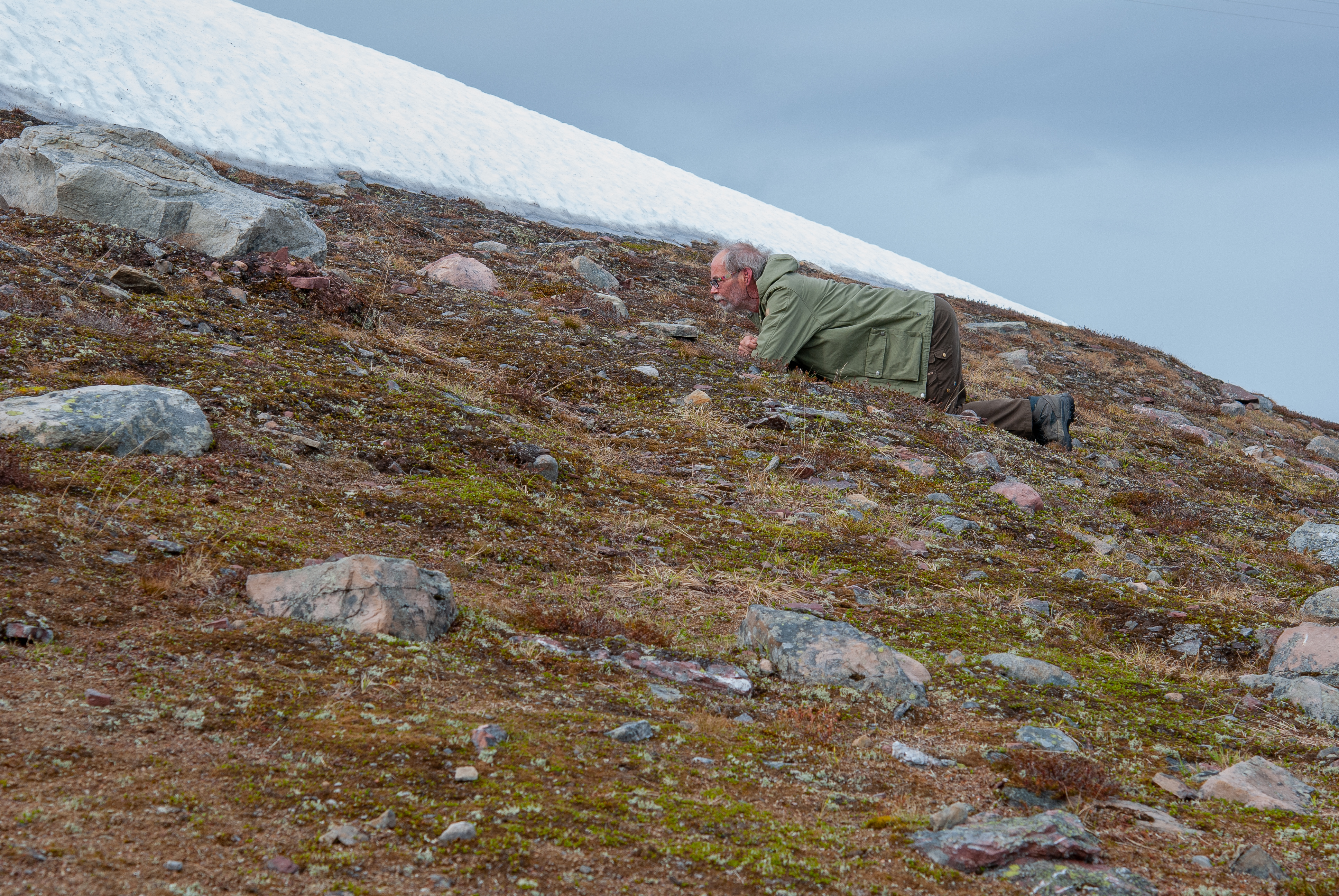 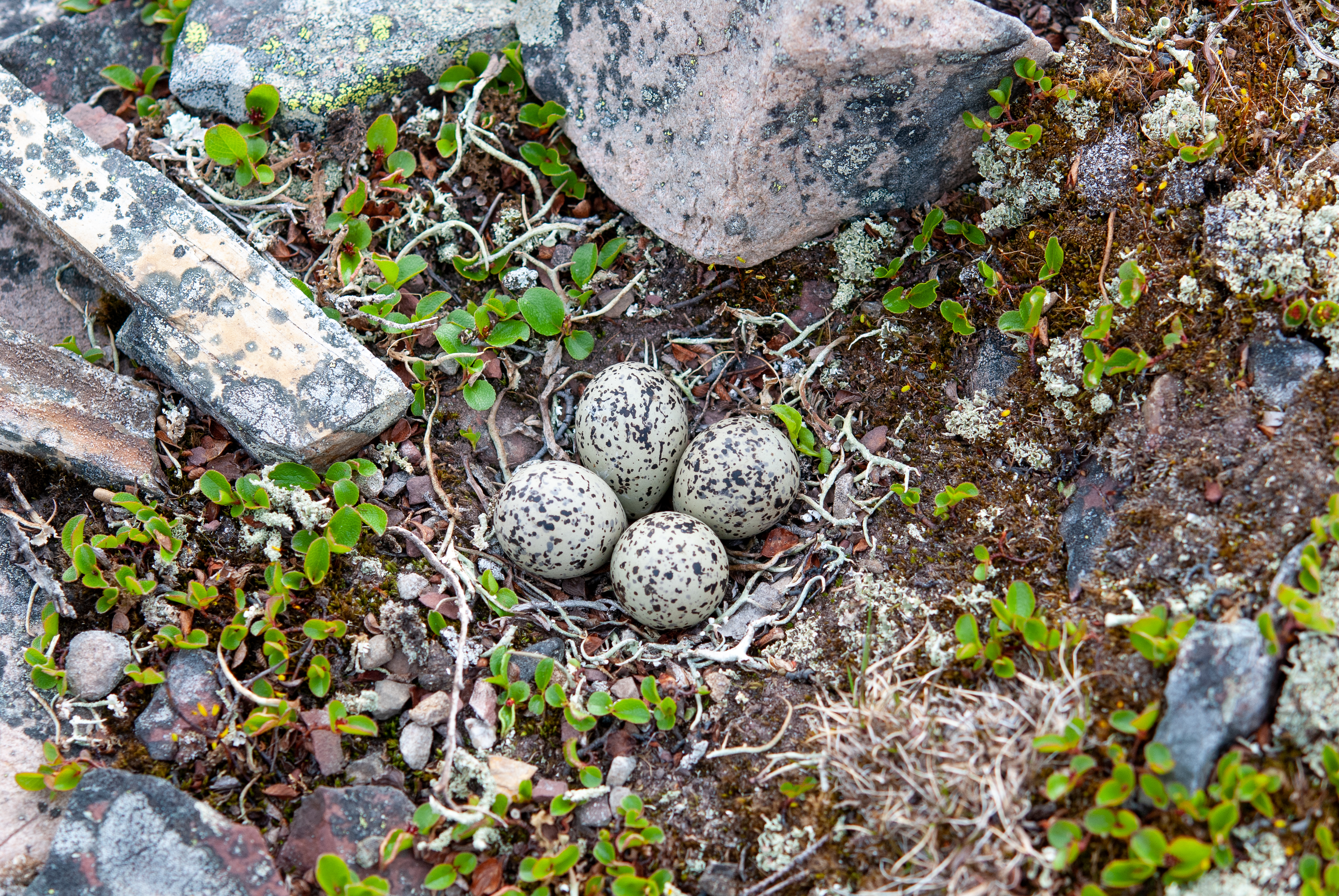 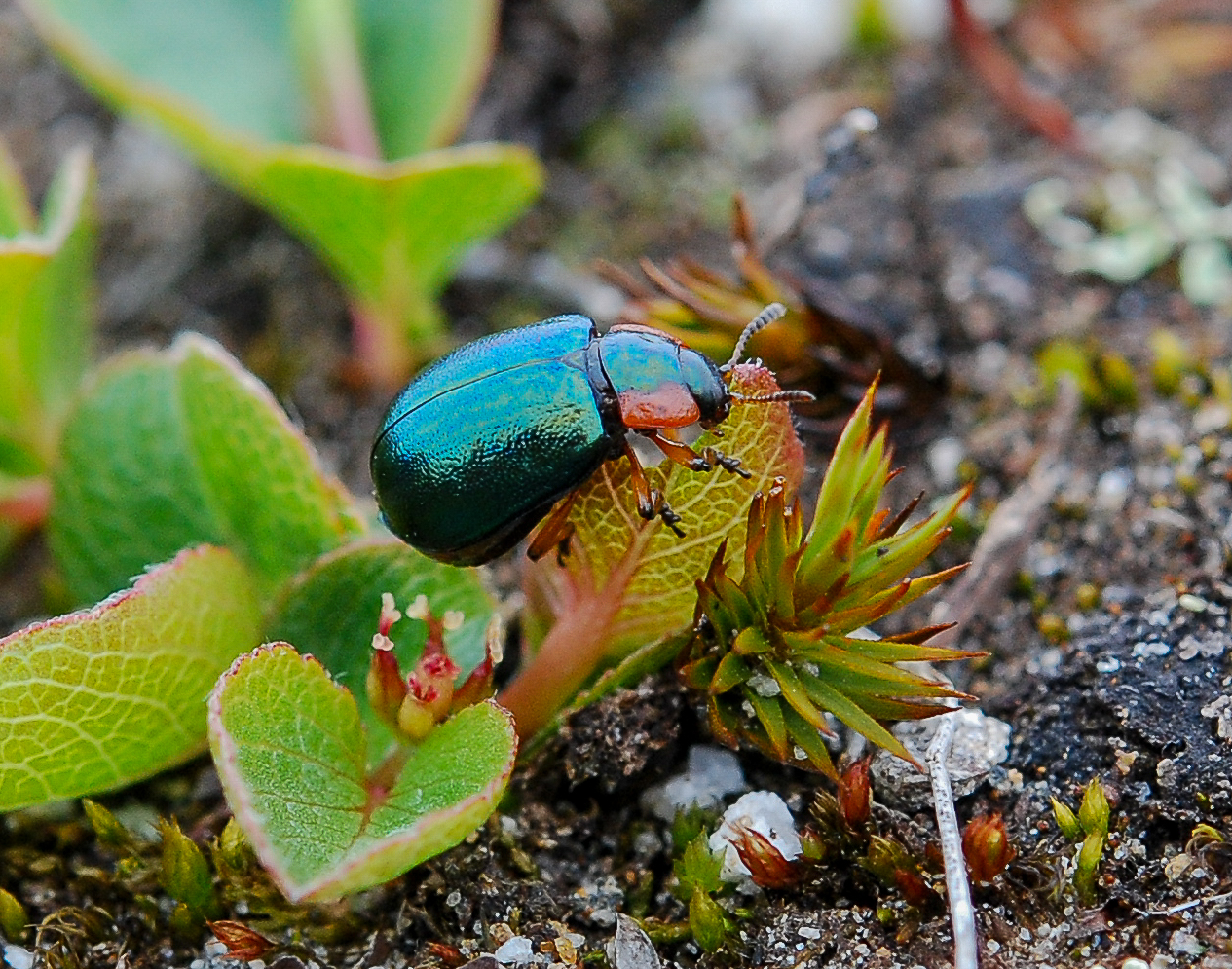 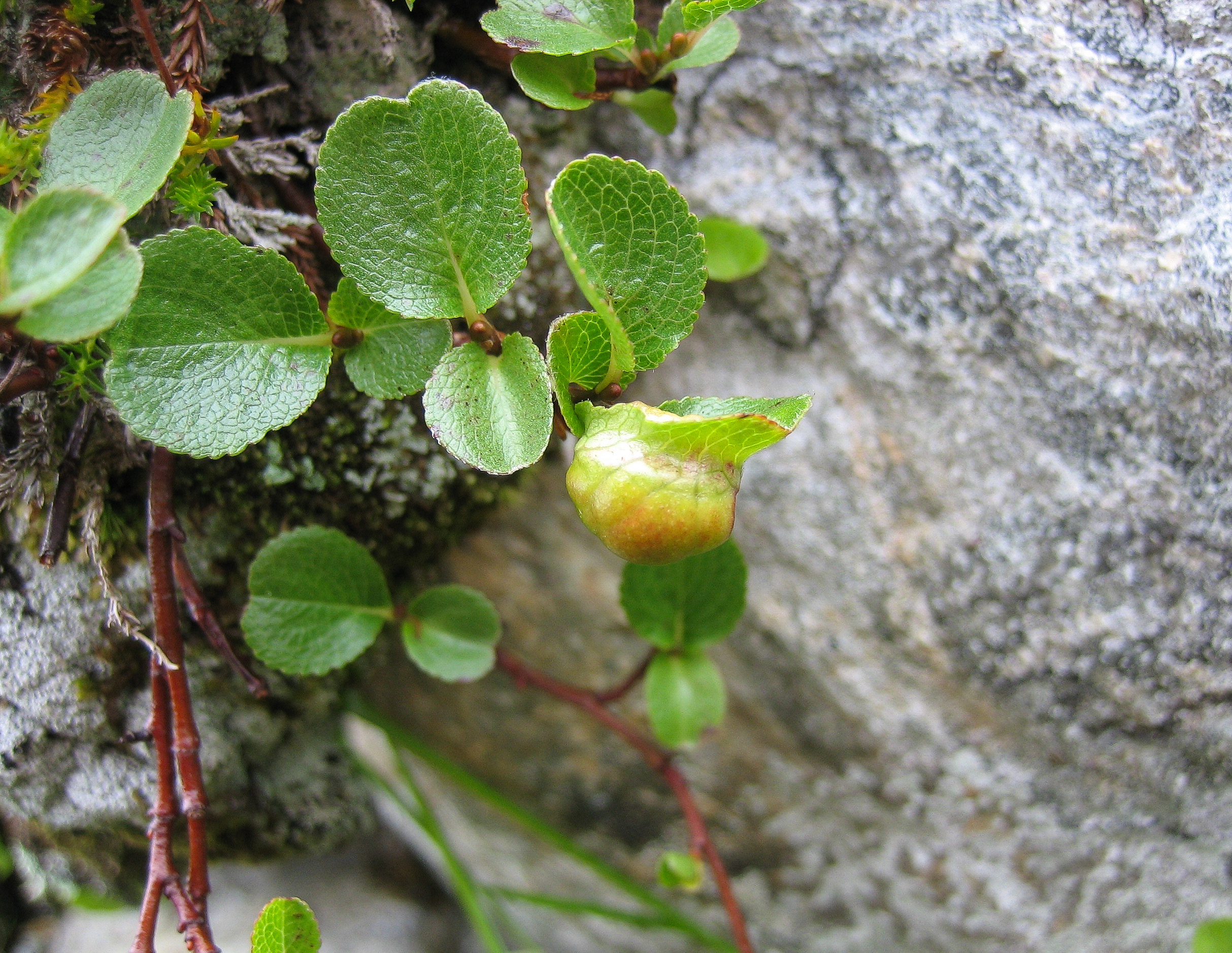 S. herbacea is less strict in its demands for soil nutrients than are S. polaris and S. reticulata, so it often grows rather poor and dry soils on treeless areas of fjells, often intermixed with low-growing Vaccinium myrtillus (Ericaceae). At lower elevations, the species is particularly abundant in front of snow drifts that survive long into the summer.

S. herbacea is an important source of food for lemmings and voles. Large round pea galls induced by the nematine sawflies Euura (Eupontania) polaris and E. herbaceae are often present on the leaves. Wingless females of the high-arctic sawfly Euura (Amauronematus) abnormis can be found by carefully scouring patches of S. herbacea at close range. The leaf beetle Chrysomela collaris feeds on many shrubby willow species, but also recognizes S. herbacea as suitable food. In general, the insect herbivore and pollinator communities of S. herbacea are very poorly known.