Salix arbuscula L. is a low-growing shrub with small leaves that are shining green above and greenish grey underneath. The species grows on nutrient-rich calcareous bogs, often along small streams. The distribution range of S. arbuscula extends from the Scottish highlands via the Fennoscandian fjells to western Siberia, but closely related species or forms are found also in colder parts of eastern Eurasia. In Fennoscandia, the species is found along the whole Norwegian and Swedish fjell chain, but it is somewhat mysteriously absent from Finland and northwestern Russia. 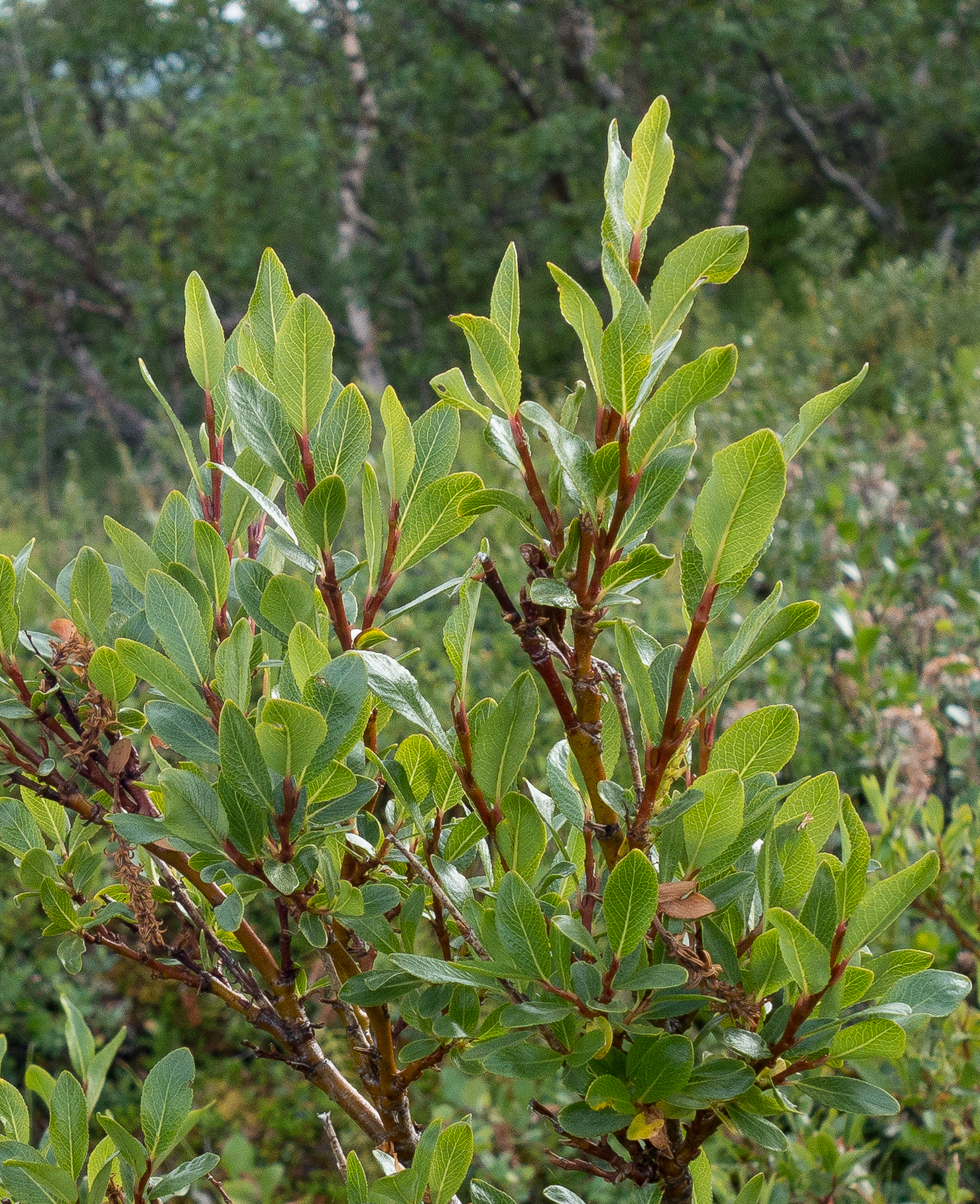 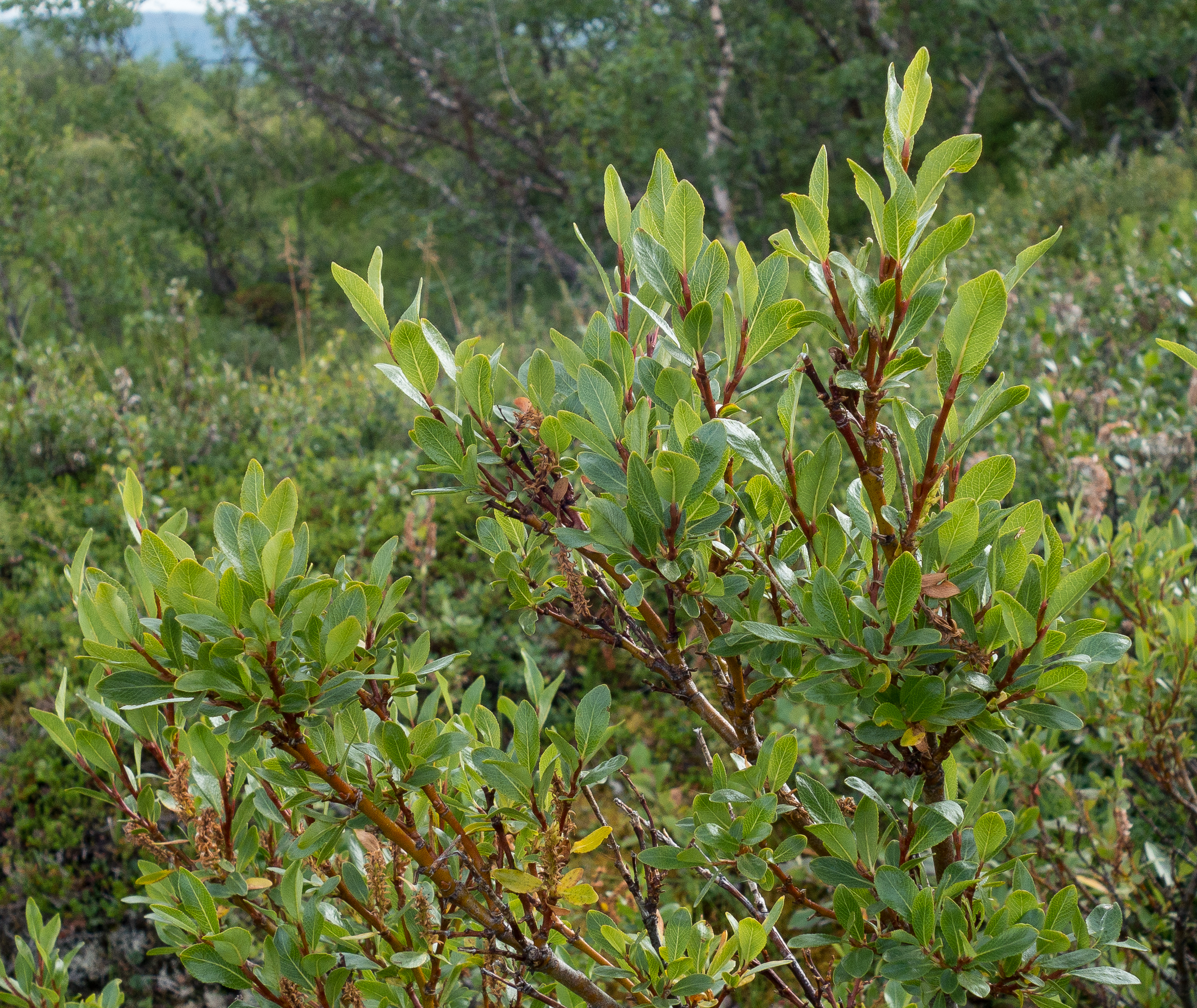 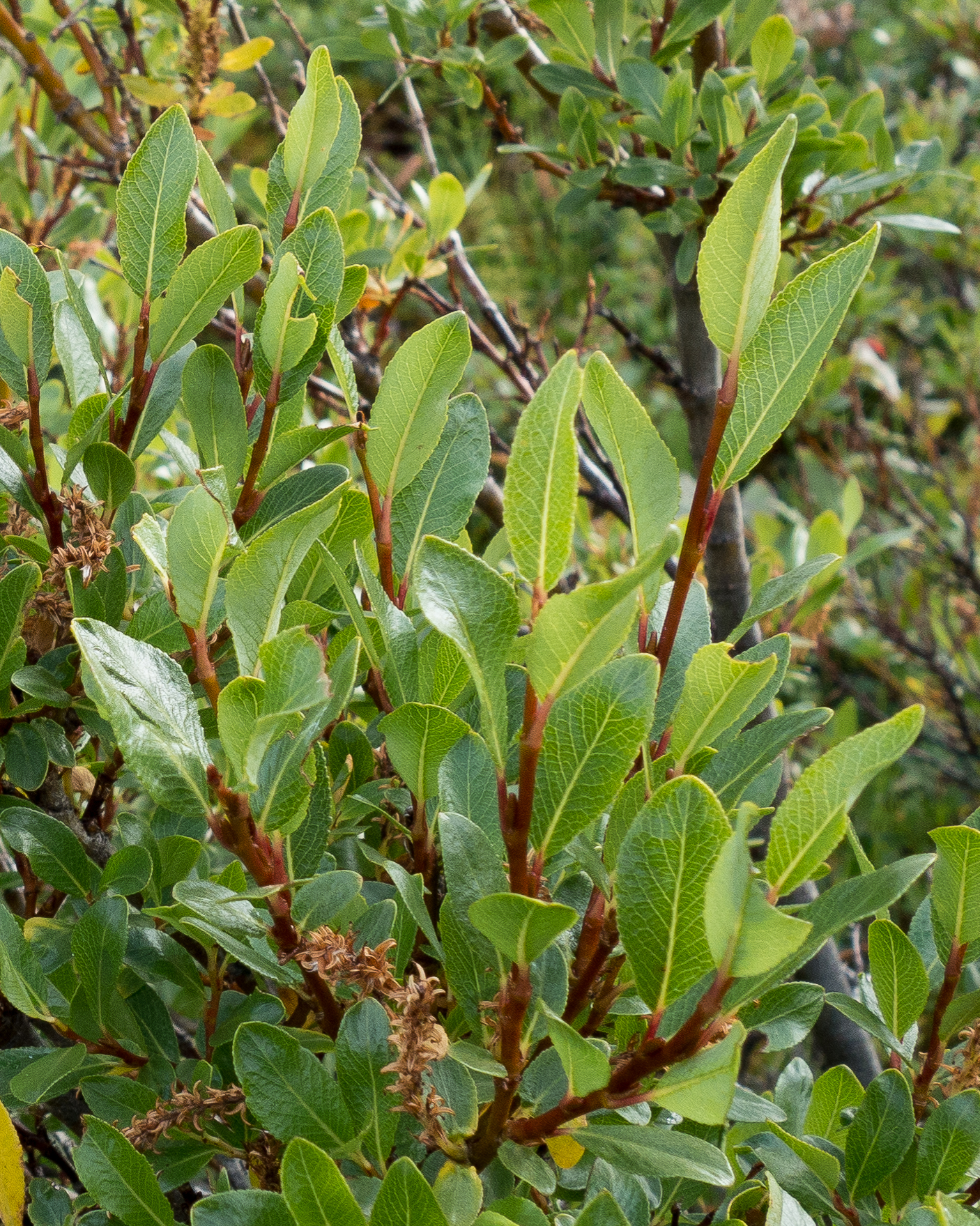 The leaves of S. arbuscula are characteristically small (only 1–4 cm long), and tend to be in an erect position. The upperside of the leaves is shining green, while the pale green or greenish-grey underside may be weakly pubescent. The leaves are ovaliform and have edges with regular, rounded teeth.

The thin, yellow or reddish-brown shoots grow in an erect position, and are usually glabrous, but may initially be weakly pubsecent. Buds are small, and stipules are lacking. 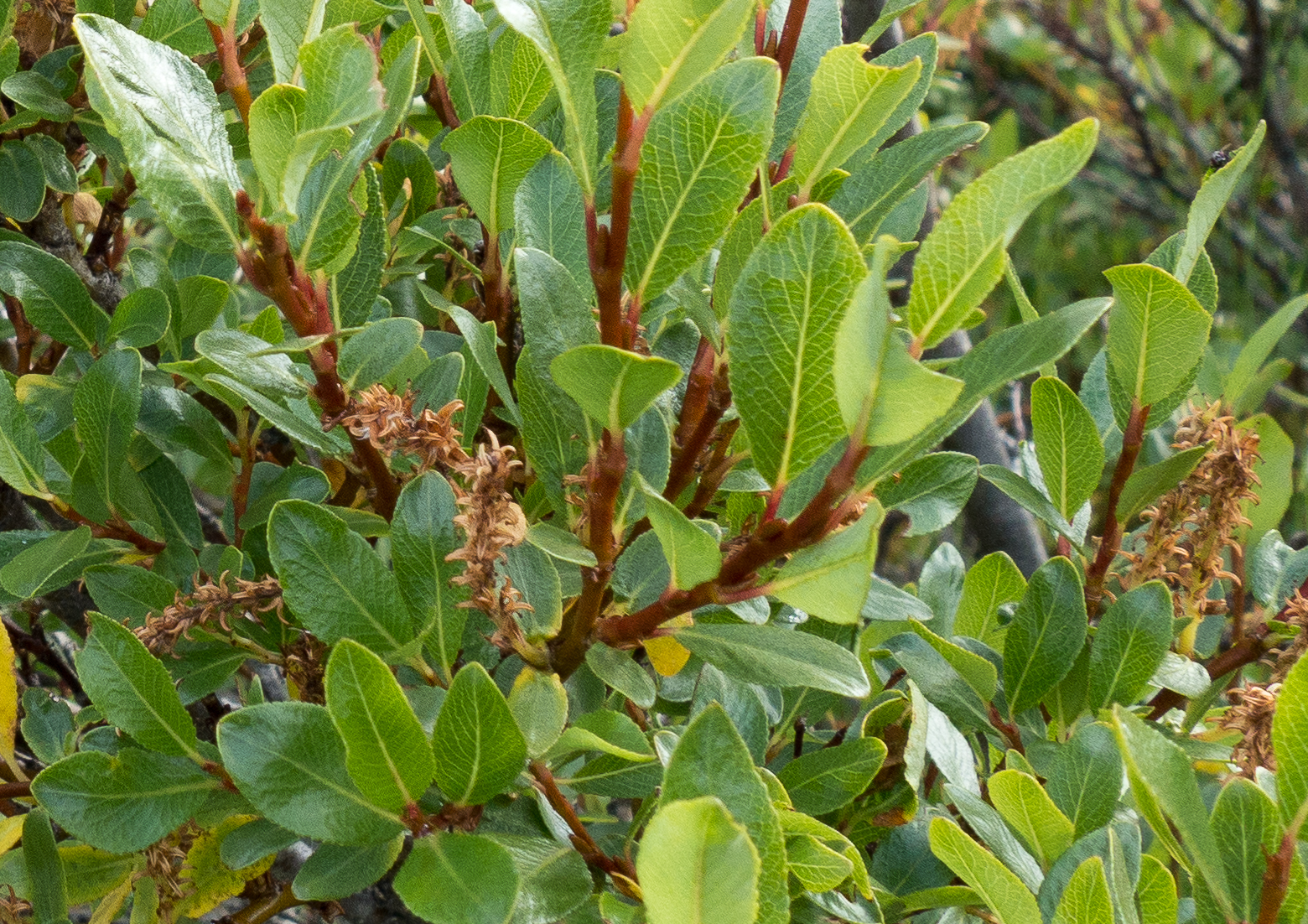 Male and female inflorescences grow from the sides of branches and are supported by short stalks having 2–4 leaves. Bracts are yellowish but may have dark tips. Ovaries of female flowers are glabrous, as are the capsules on seed-bearing catkins. The start of the flowering period coincides with leafburst. 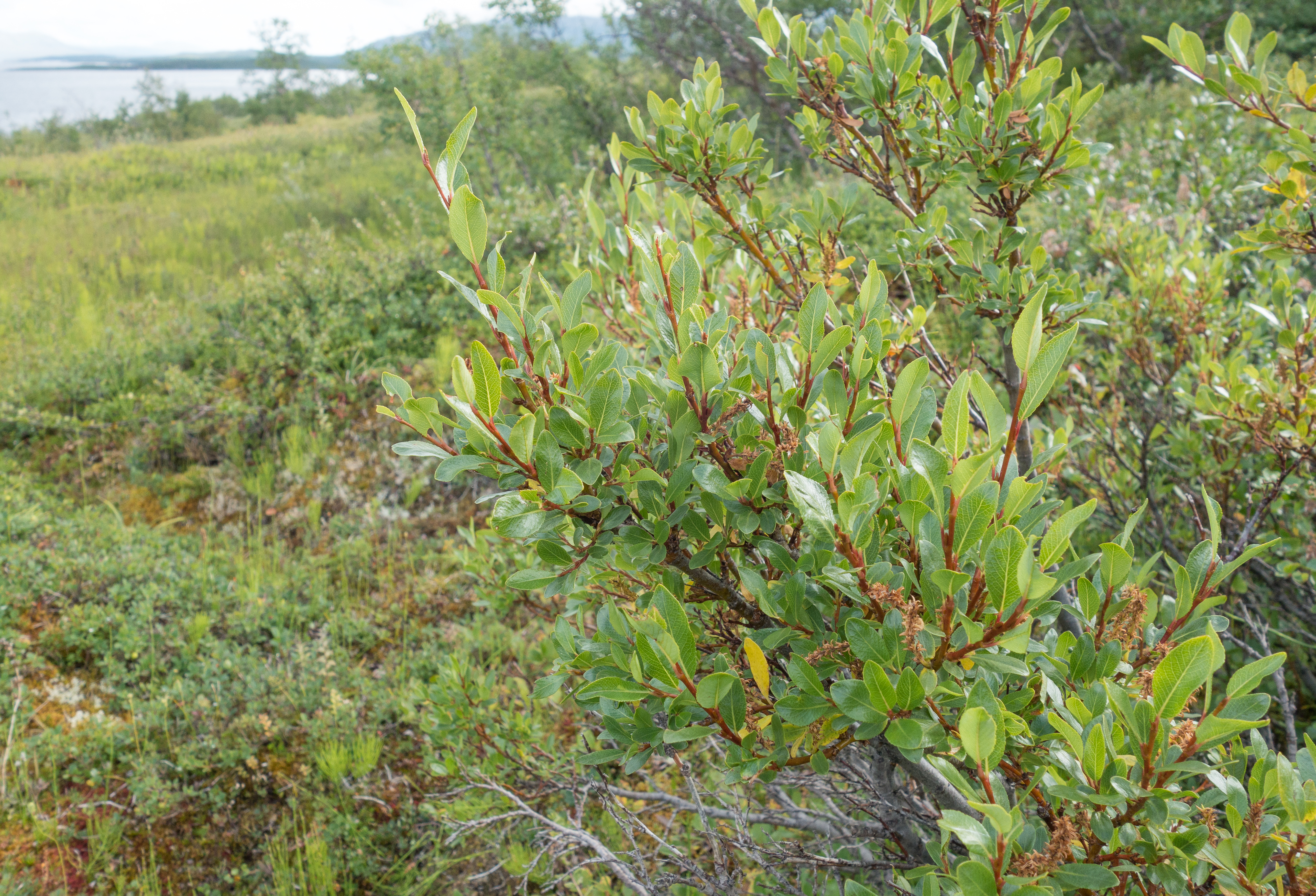 S. arbuscula is restricted to open, calcareous bogs in the fjells. Very little is known about its associated pollinator or herbivore communities. S. arbuscula is utilized by the nematine galling sawfly Euura (Eupontania) arbusculae in Scotland, but the species has thus far not been recorded in northern Europe.