Salix pentandra L. typically grows as a large shrub or small tree (up to circa 10 meters) in relatively warm and nutrient-rich sites, such as wet shorelines of lakes or edges of cultivated fields. Its long, shining leaves with finely serrated margins make it easy to identify. Females retain their catkins through the winter, so they can be spotted from far away during snow cover. Its native distribution range extends from Central and Northern Europe to the central parts of Siberia. S. pentandra has only a scattered presence in the central parts of Lapland, but it grows along the Norwegian northern coastline, where winters are milder. 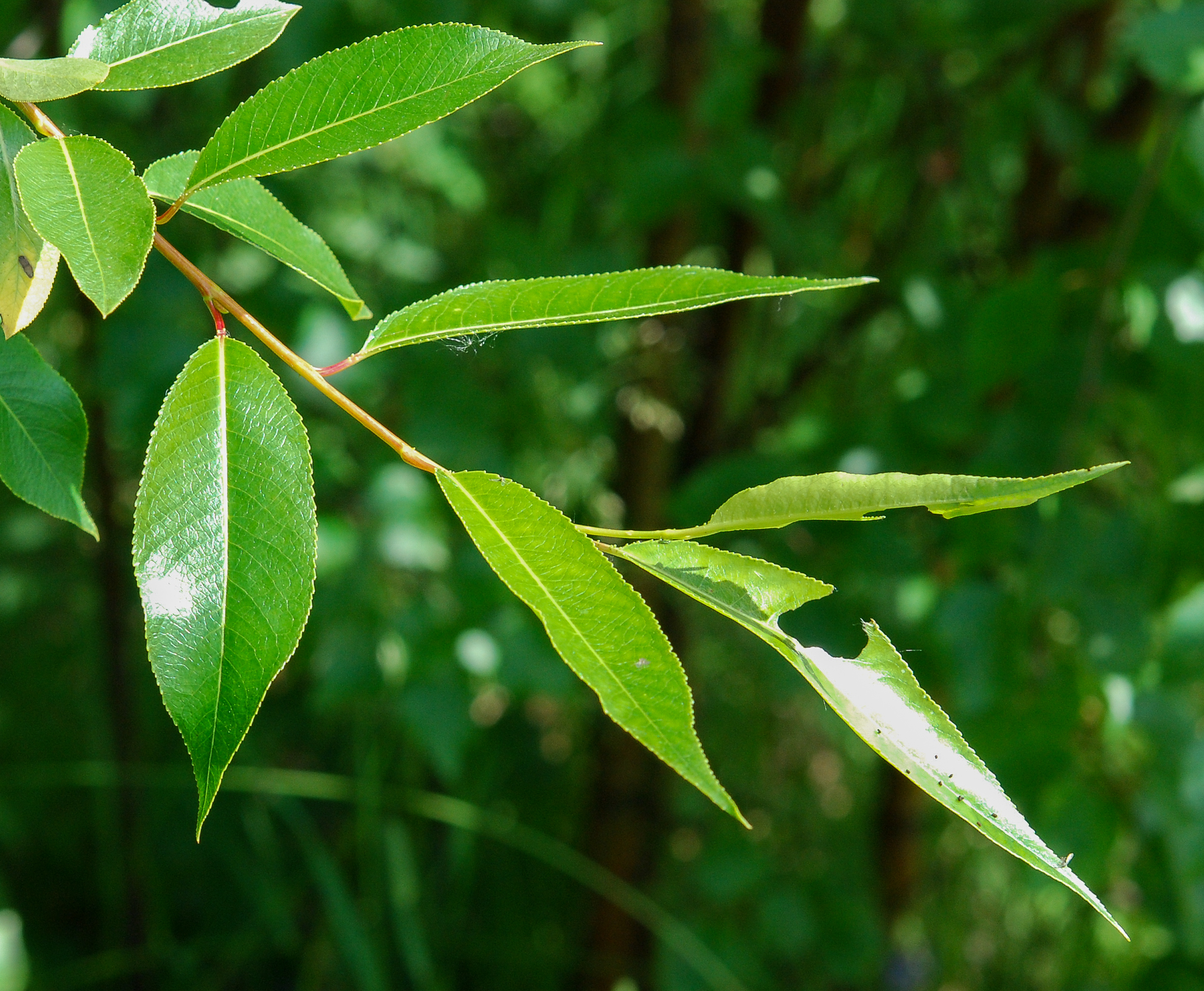 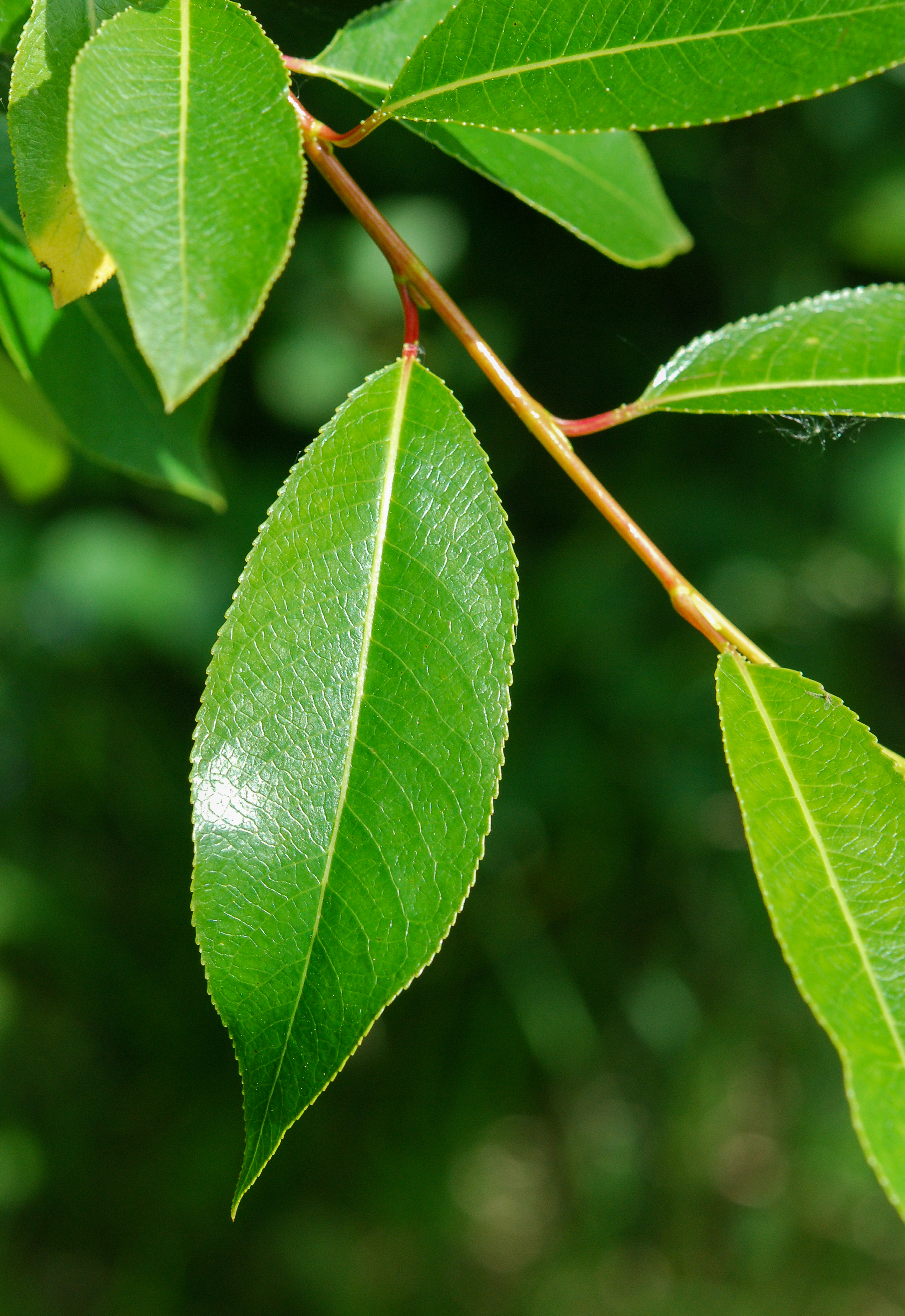 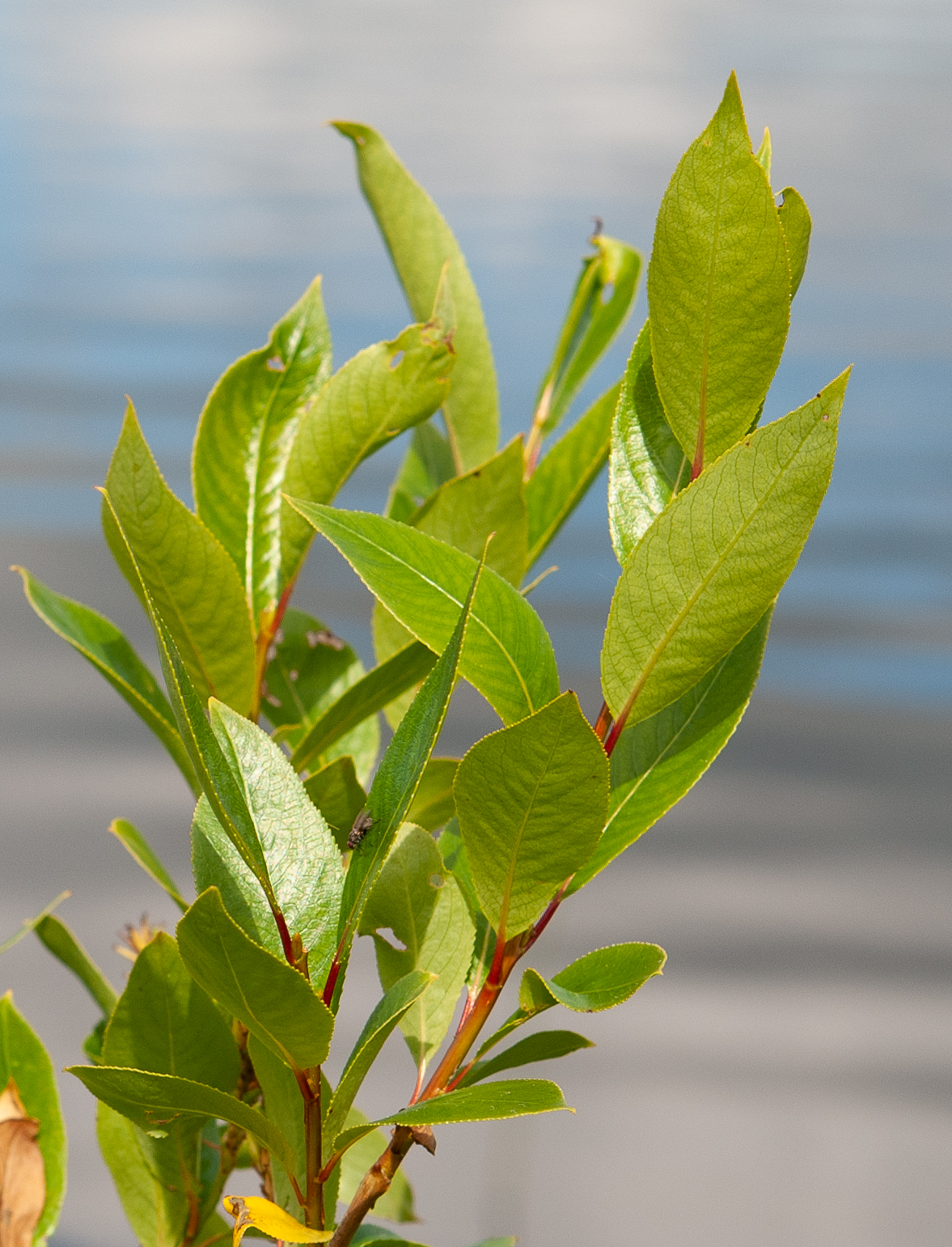 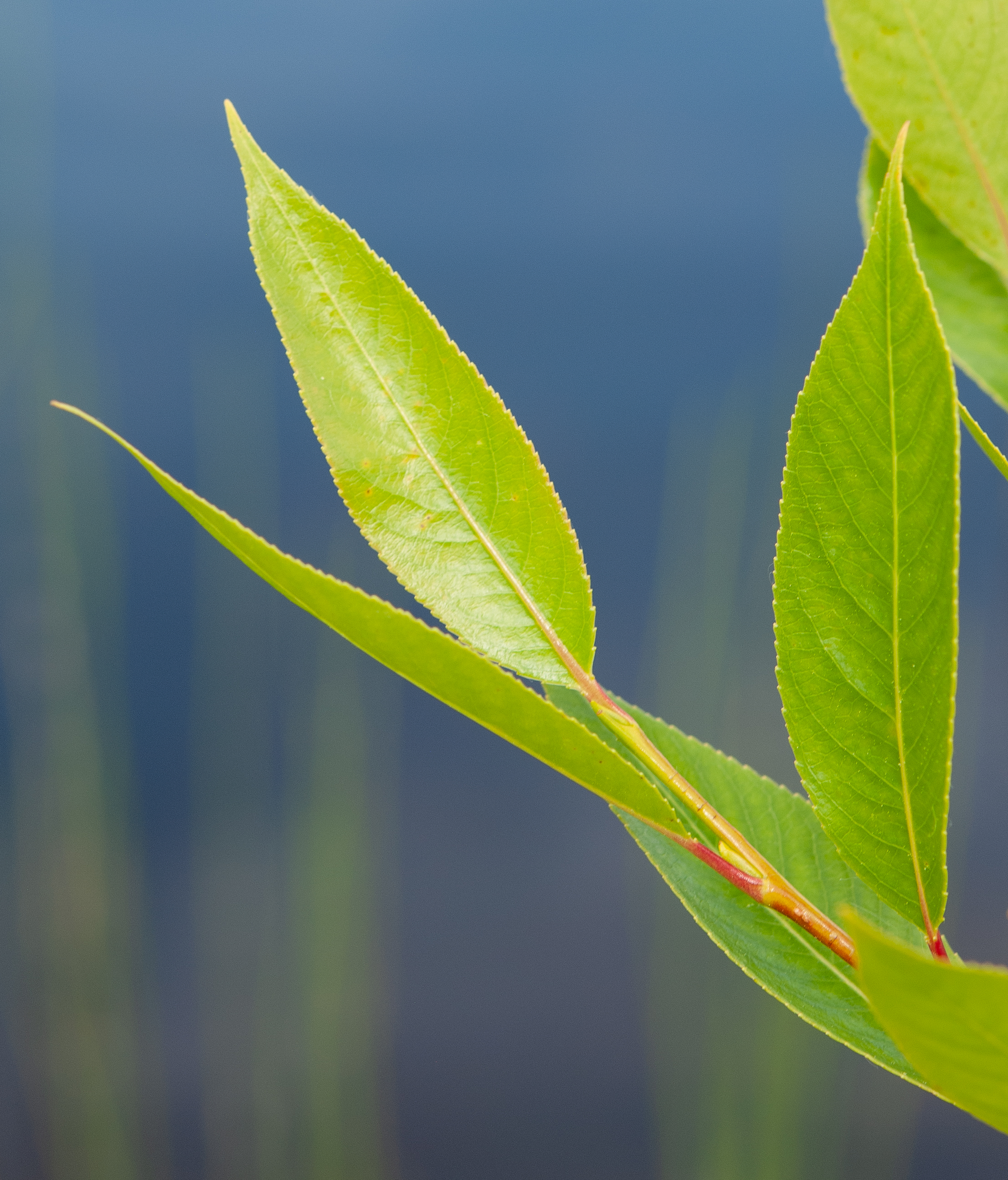 The elongated, pointy leaves of S. pentandra have a very characteristic look: both sides are shining green, and the edges are finely and regularly serrated. Small nectar glands are present on the petioles near the leaf base.

The reddish or greenish current-year shoots are glabrous and shining, and buds are small. Small pointy stipules may be present, but they can also fall of through the summer. 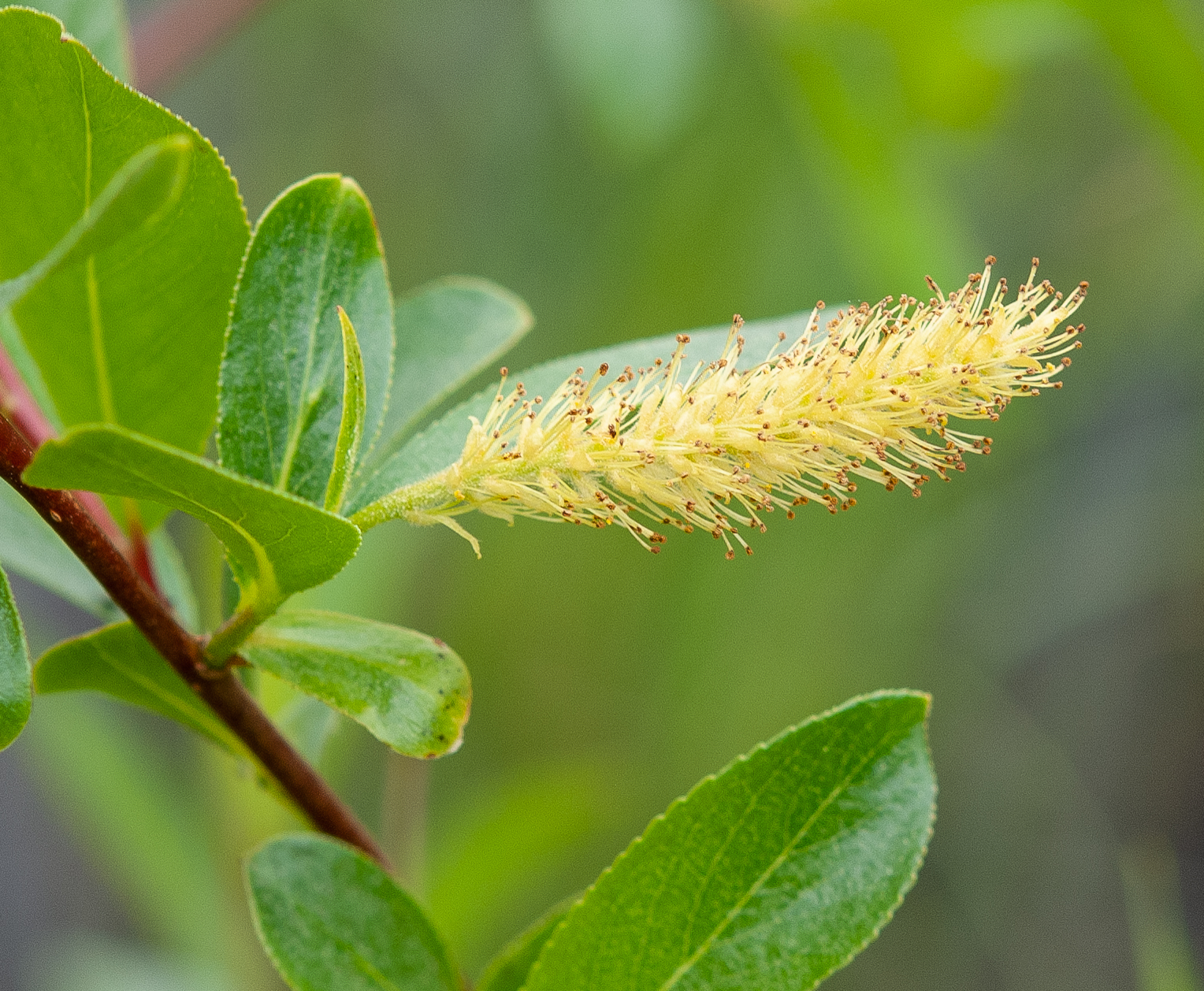 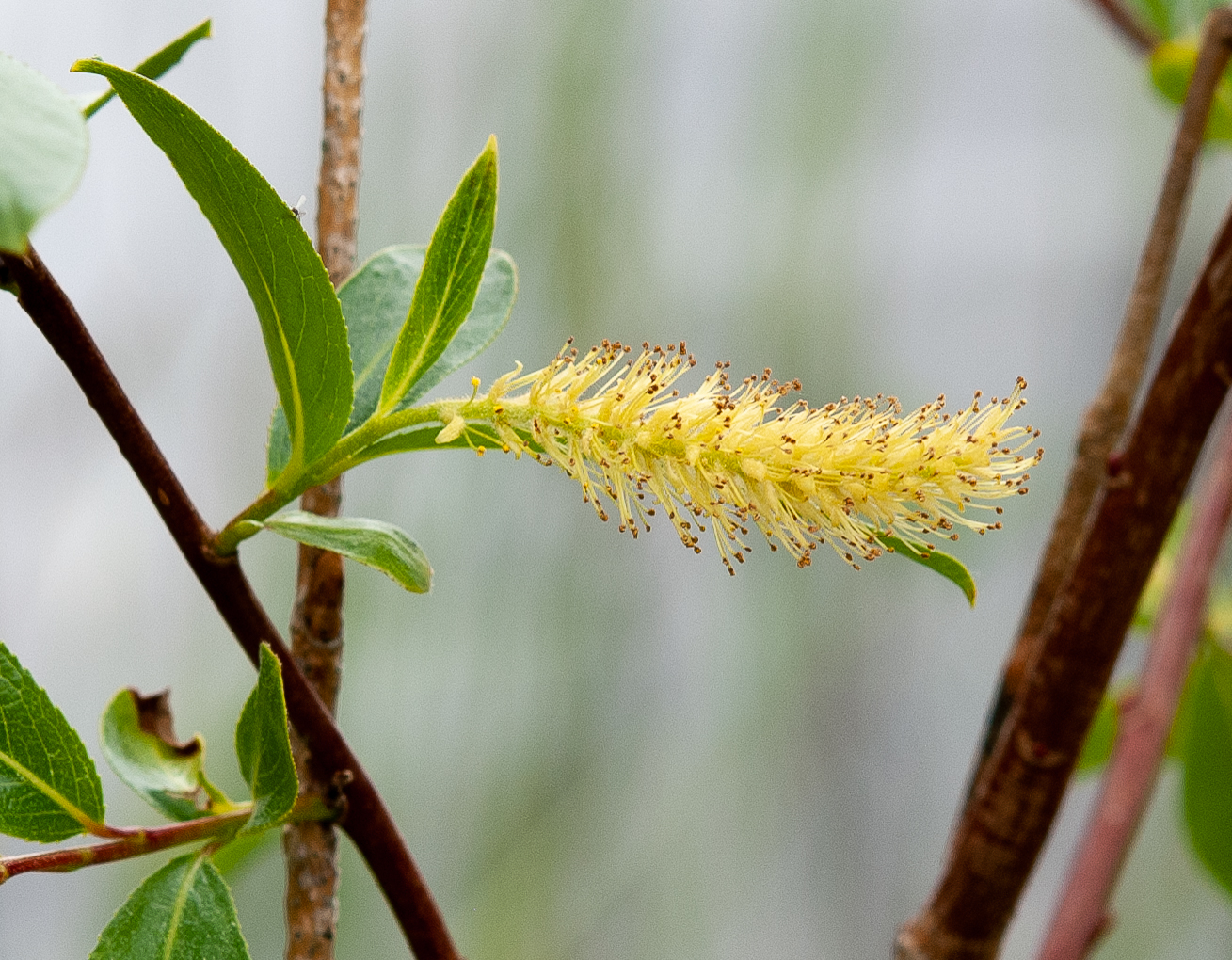 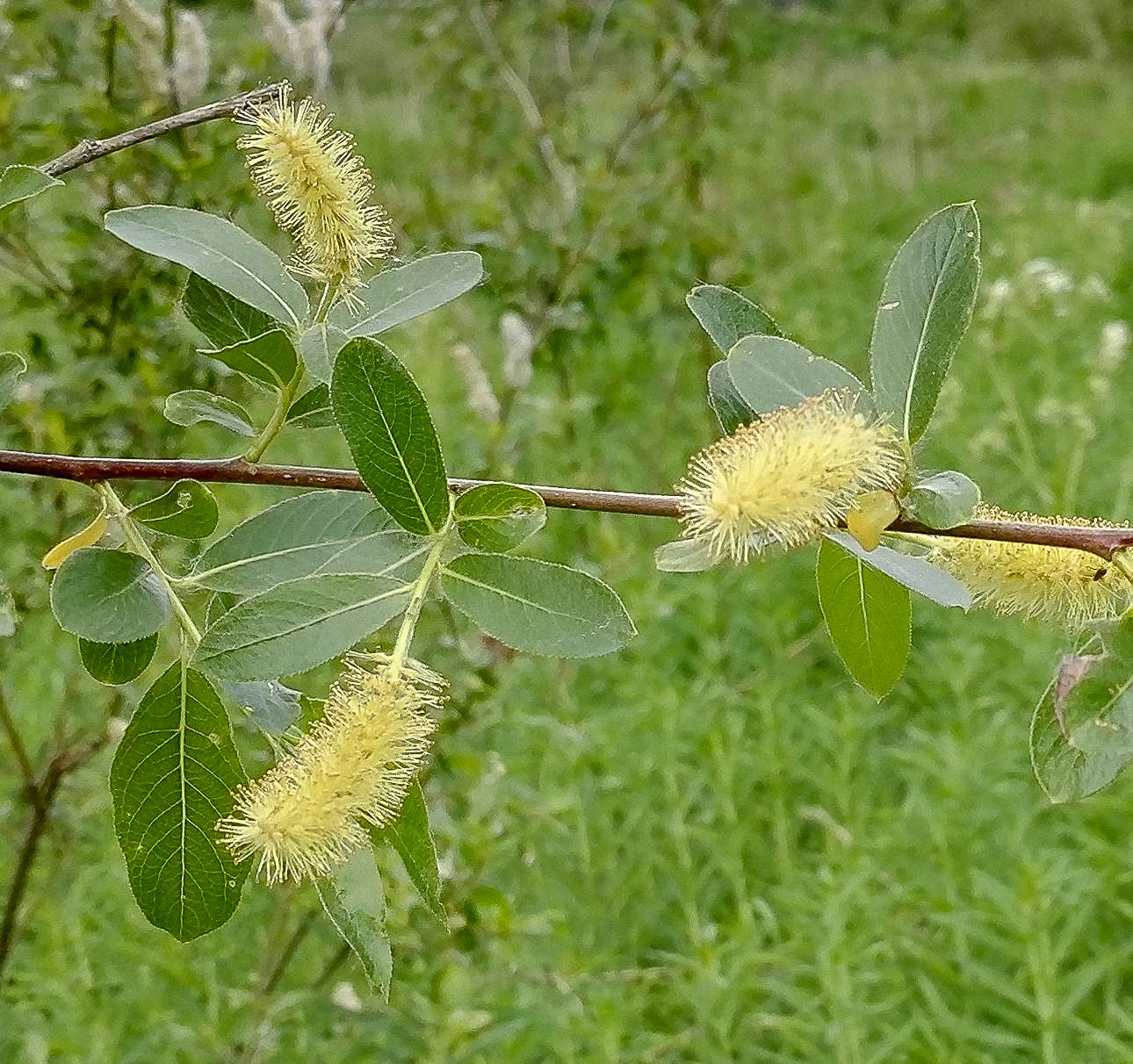 Male inflorescences of S. pentandra are long and greenish yellow. The drooping inflorescences are supported by a long stalk with several large leaves. Anthers are yellow and later brownish, and are supported by long, pale yellow filaments. Bracts are likewise pale yellow, but they may fall off during the summer. Compared to most other willows, flowering begins rather late, when leaves have already expanded. 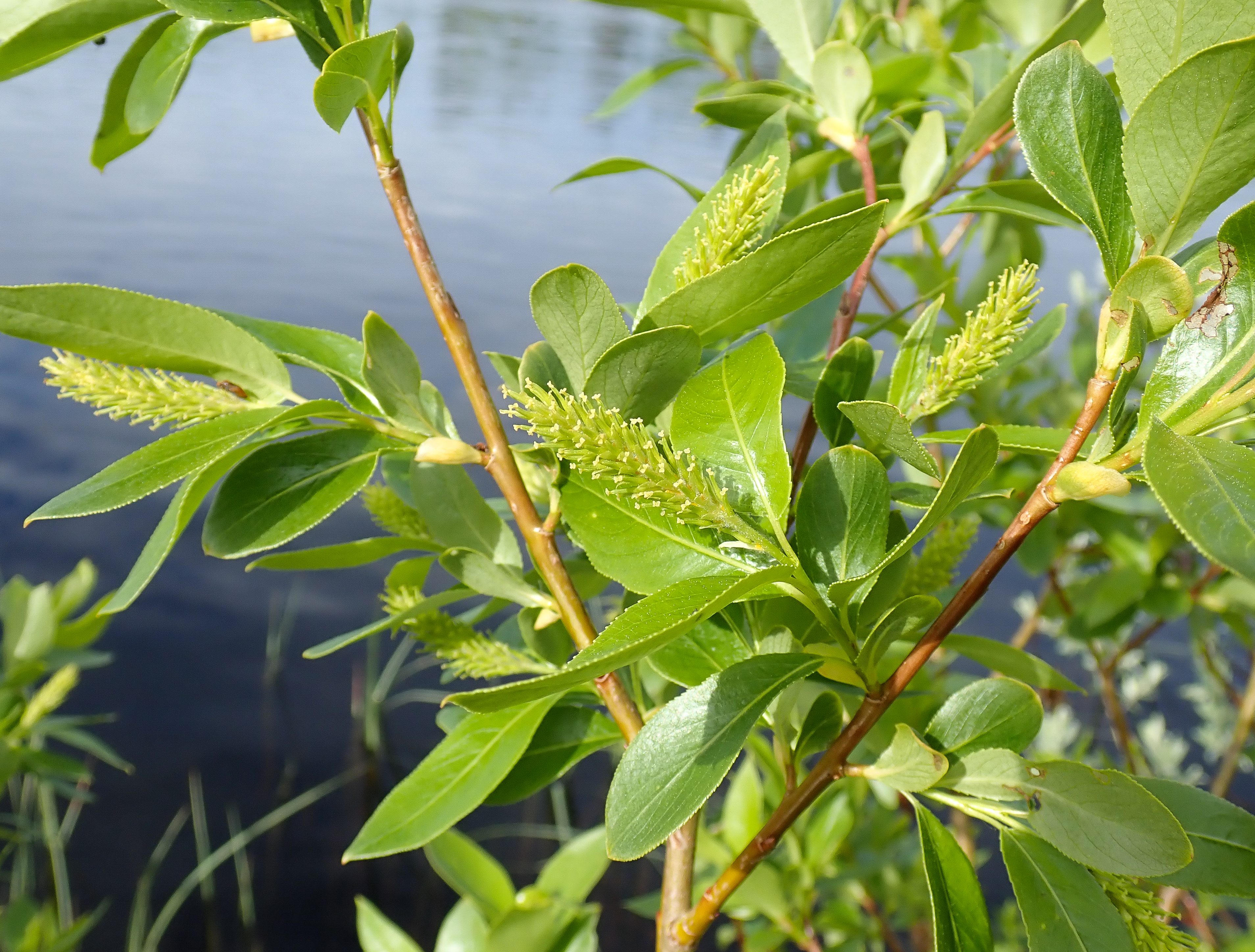 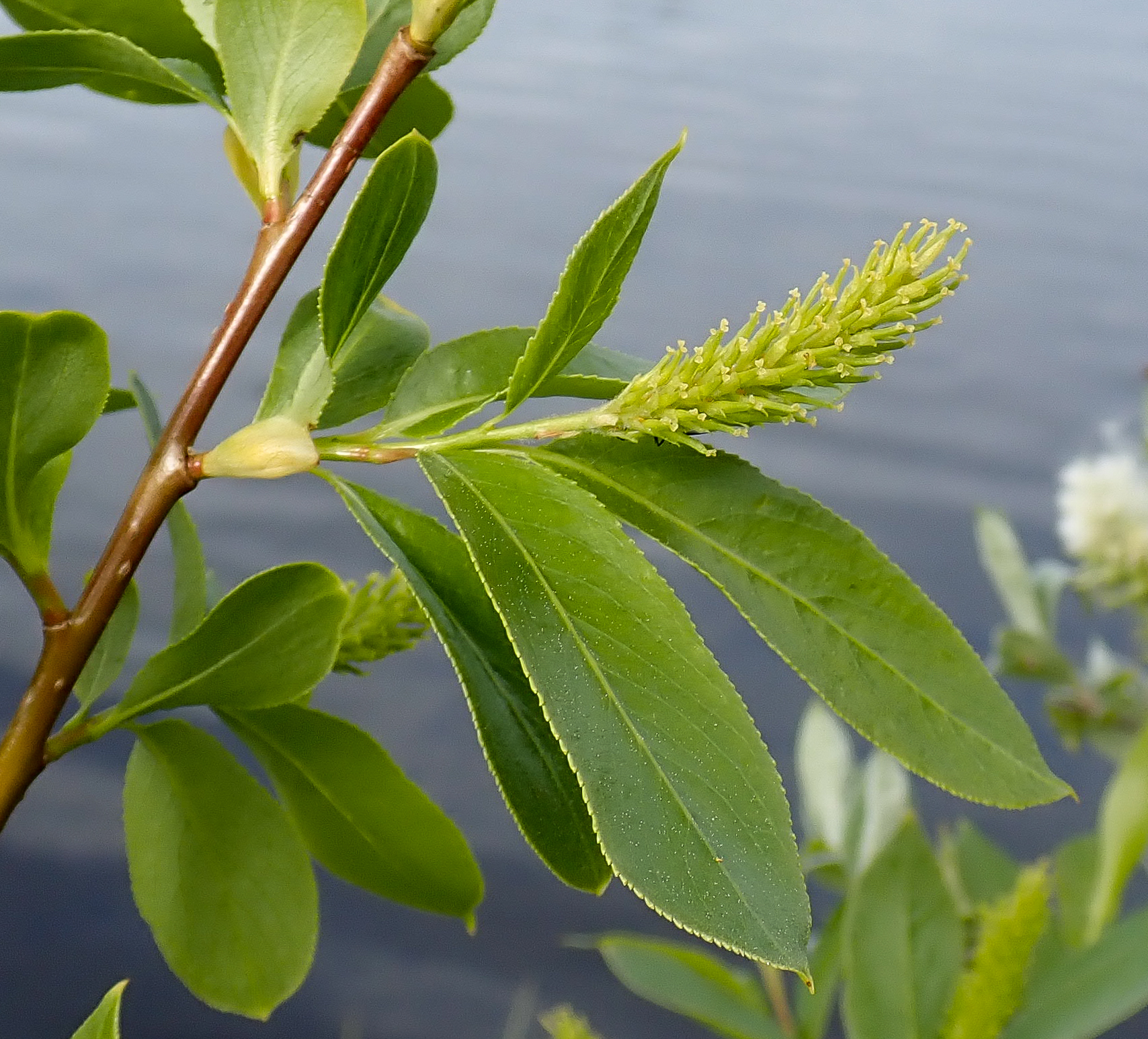 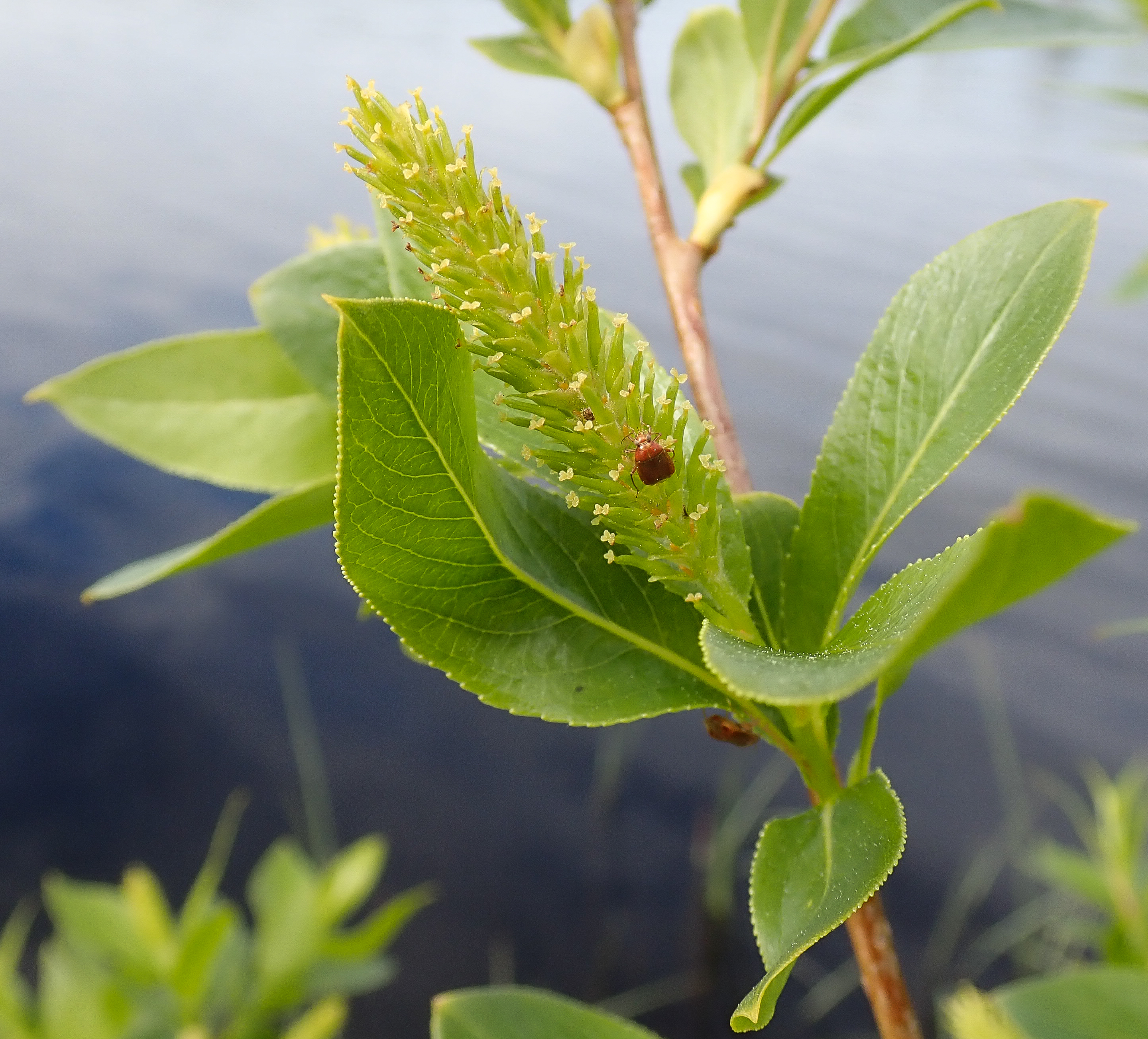 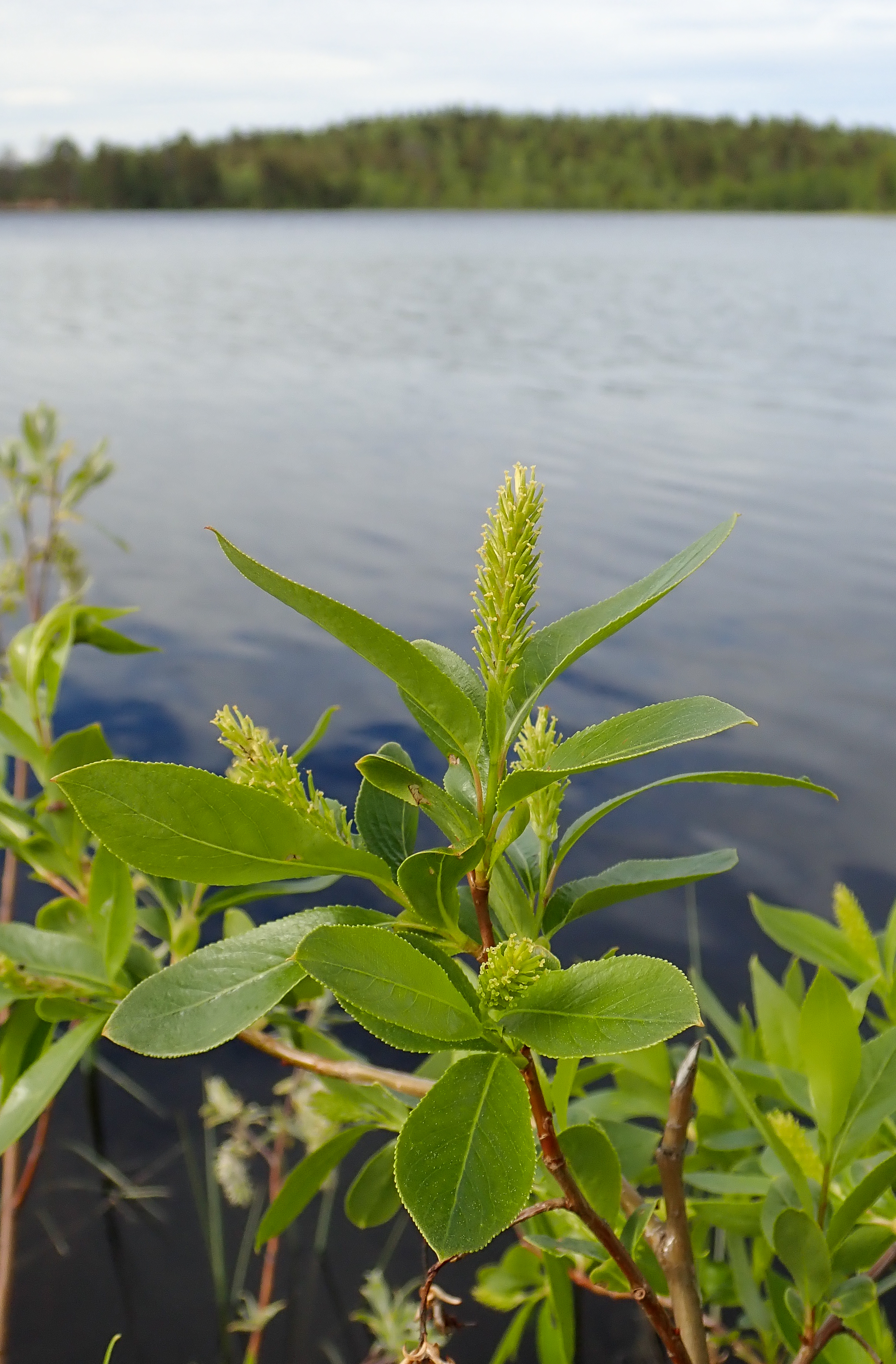 Female inflorescences of S. pentandra are relatively long, but the green overall color makes them rather inconspicuous. Ovaries and styles are glabrous and green, and stigmas are light green. The inflorescences are supported by a long stalk having many large leaves. Bracts are pale yellow, but may fall off through the flowering period. Flowering occurs after the leaves have expanded. 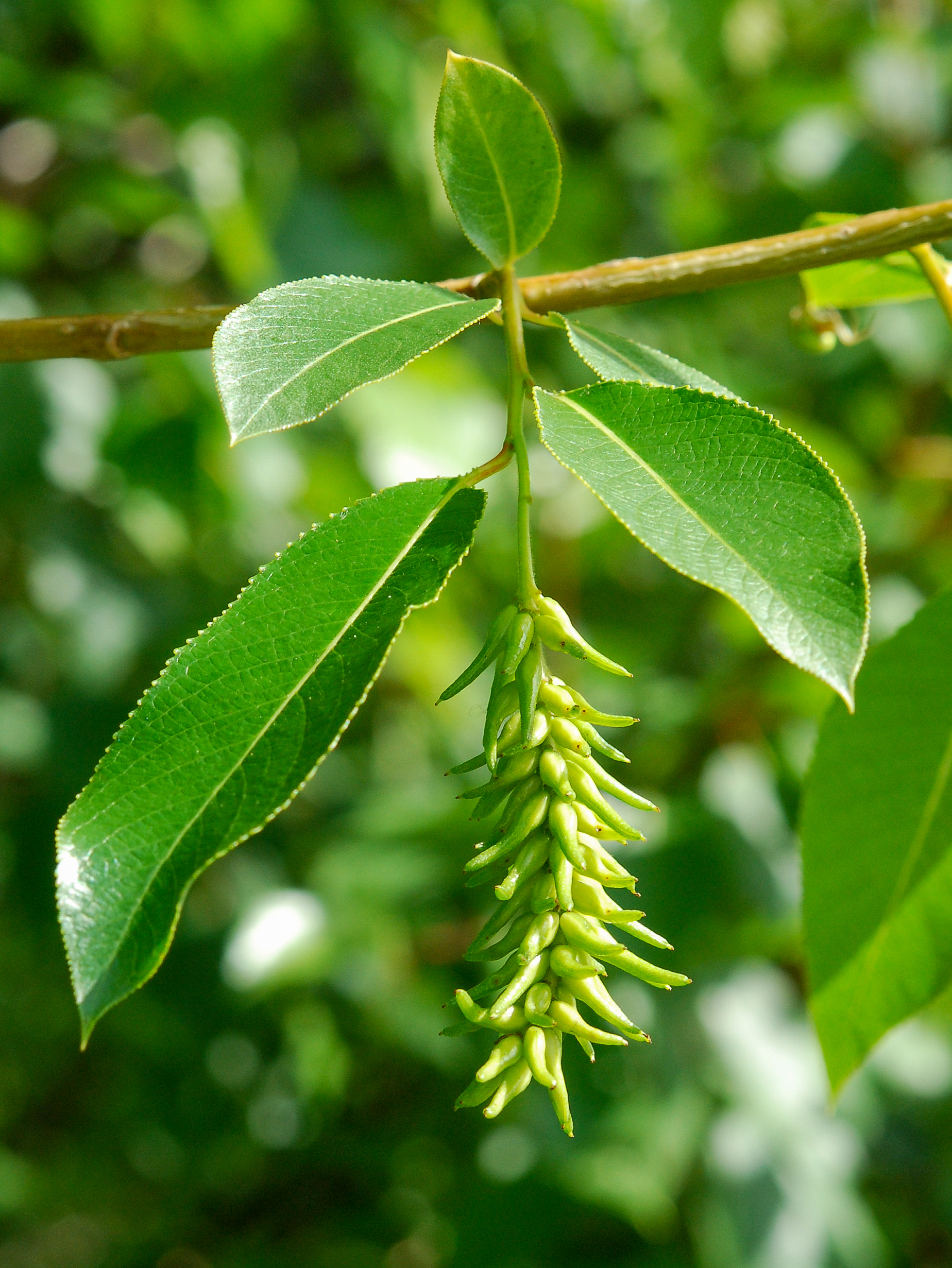 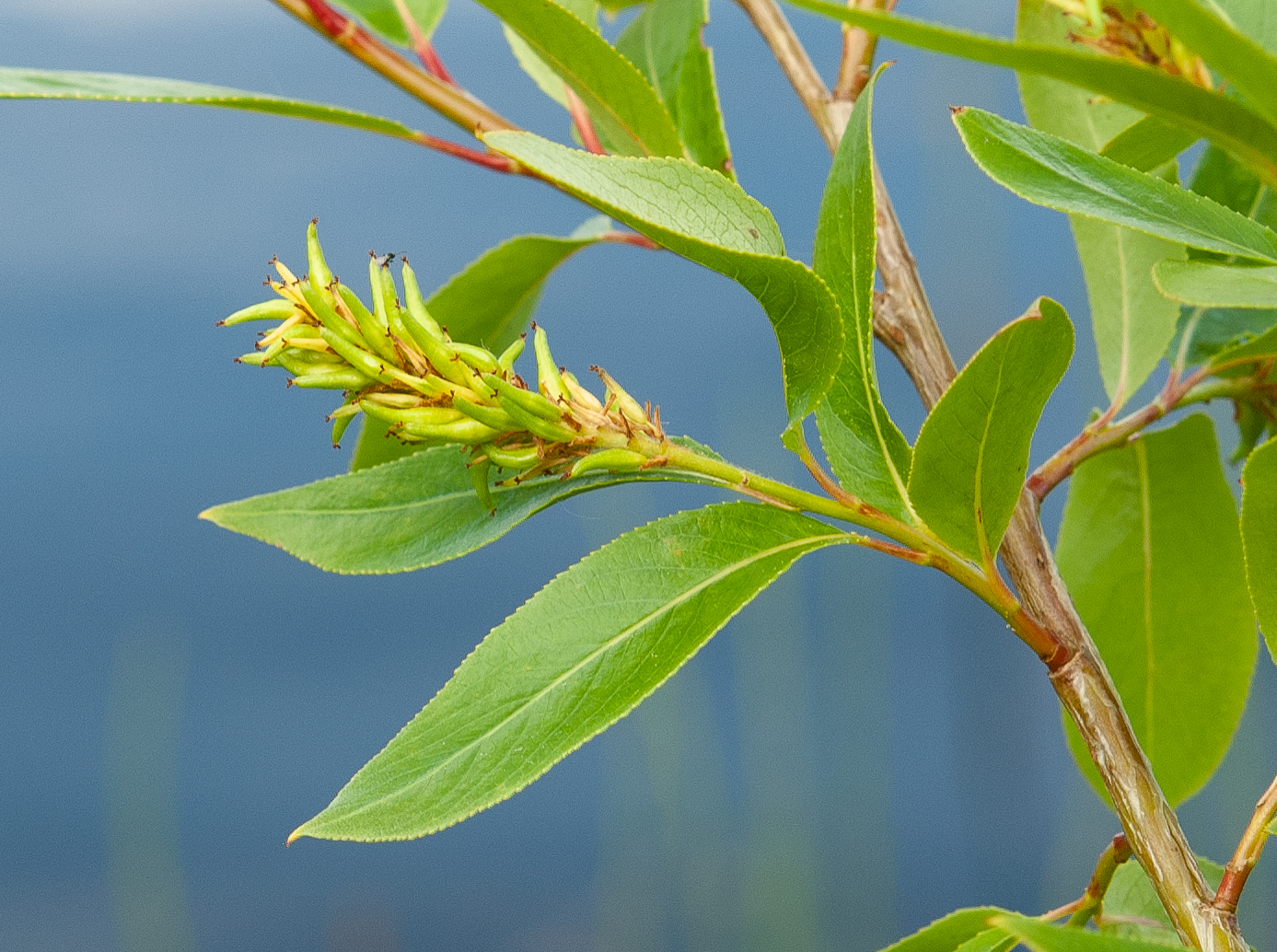 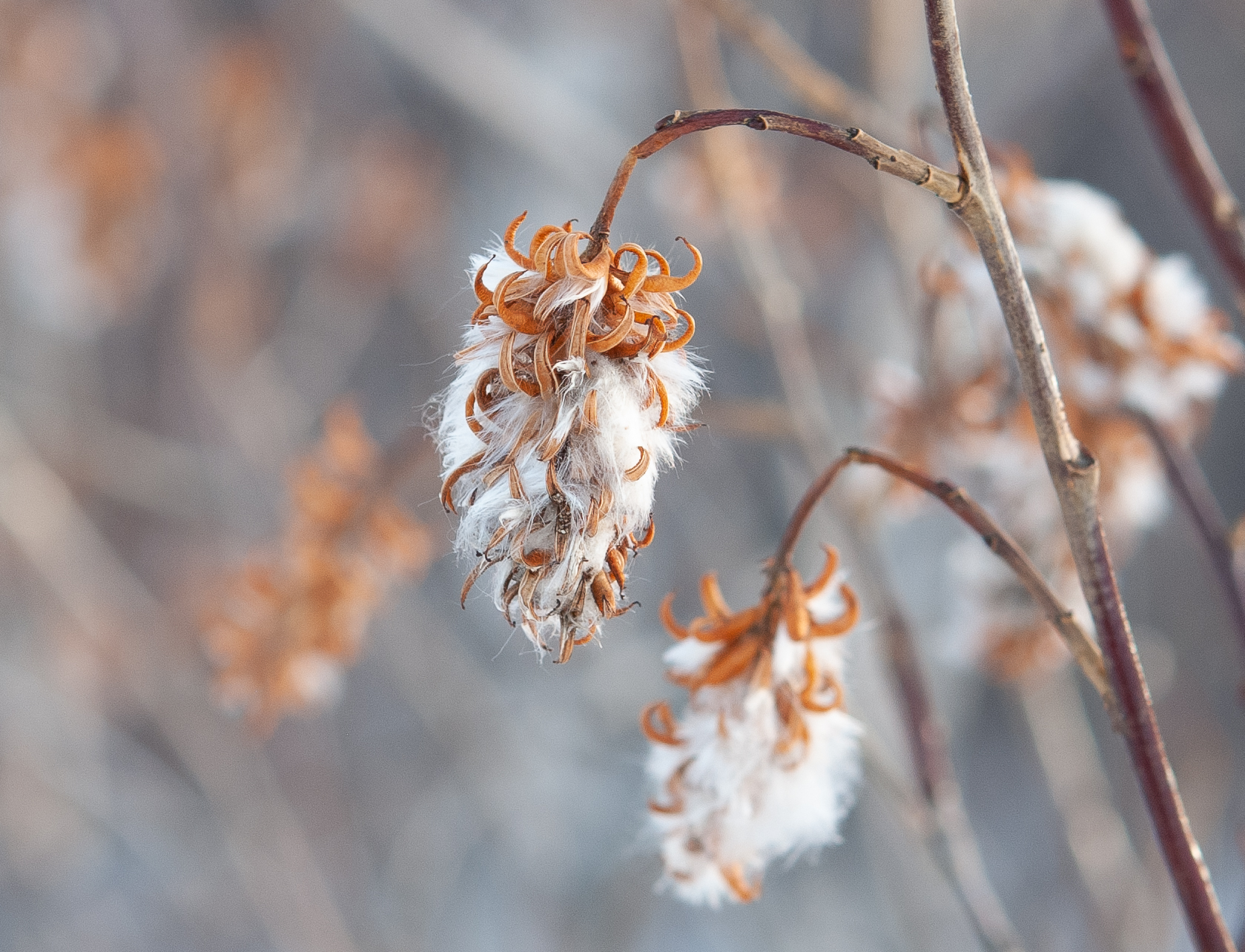 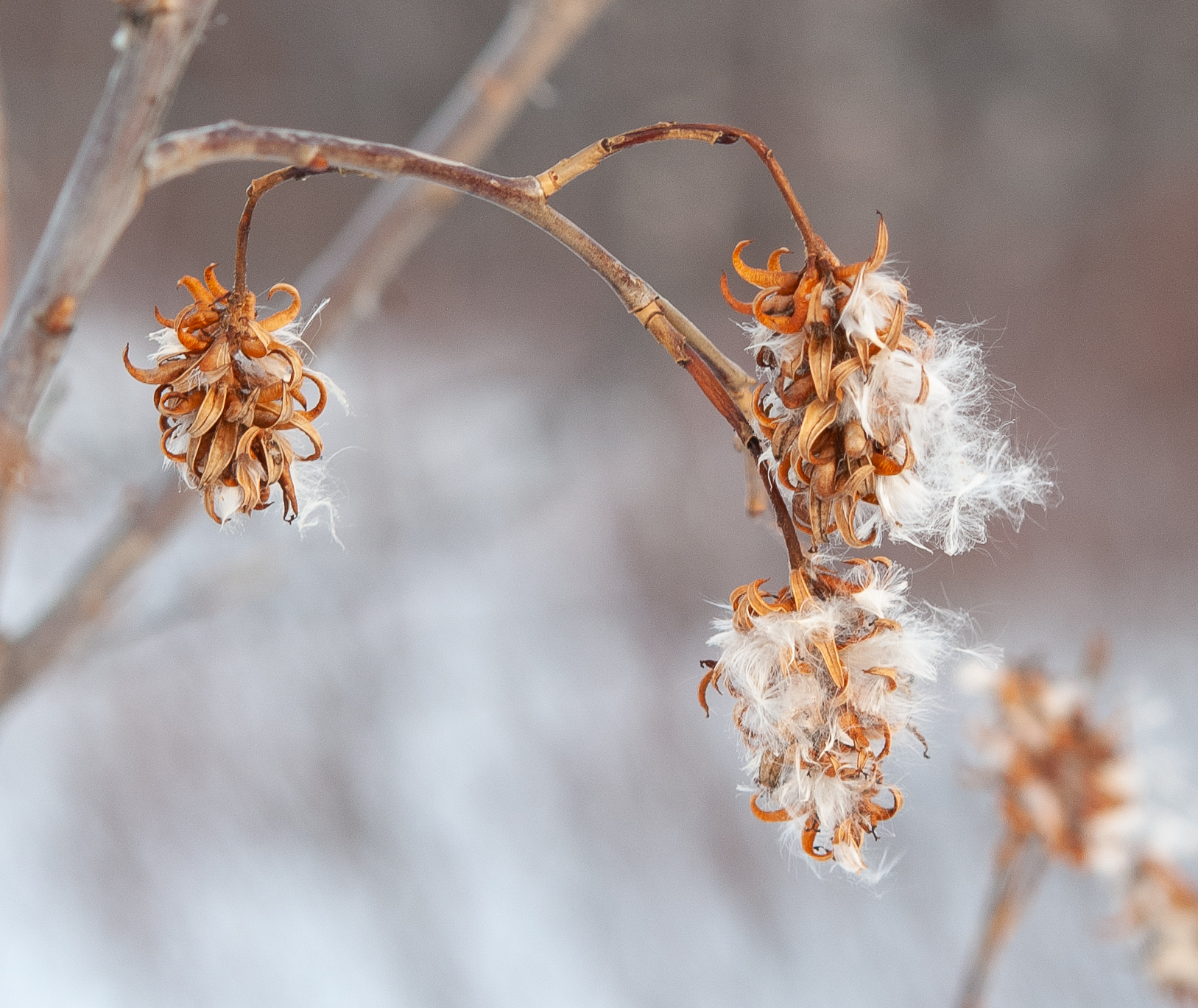 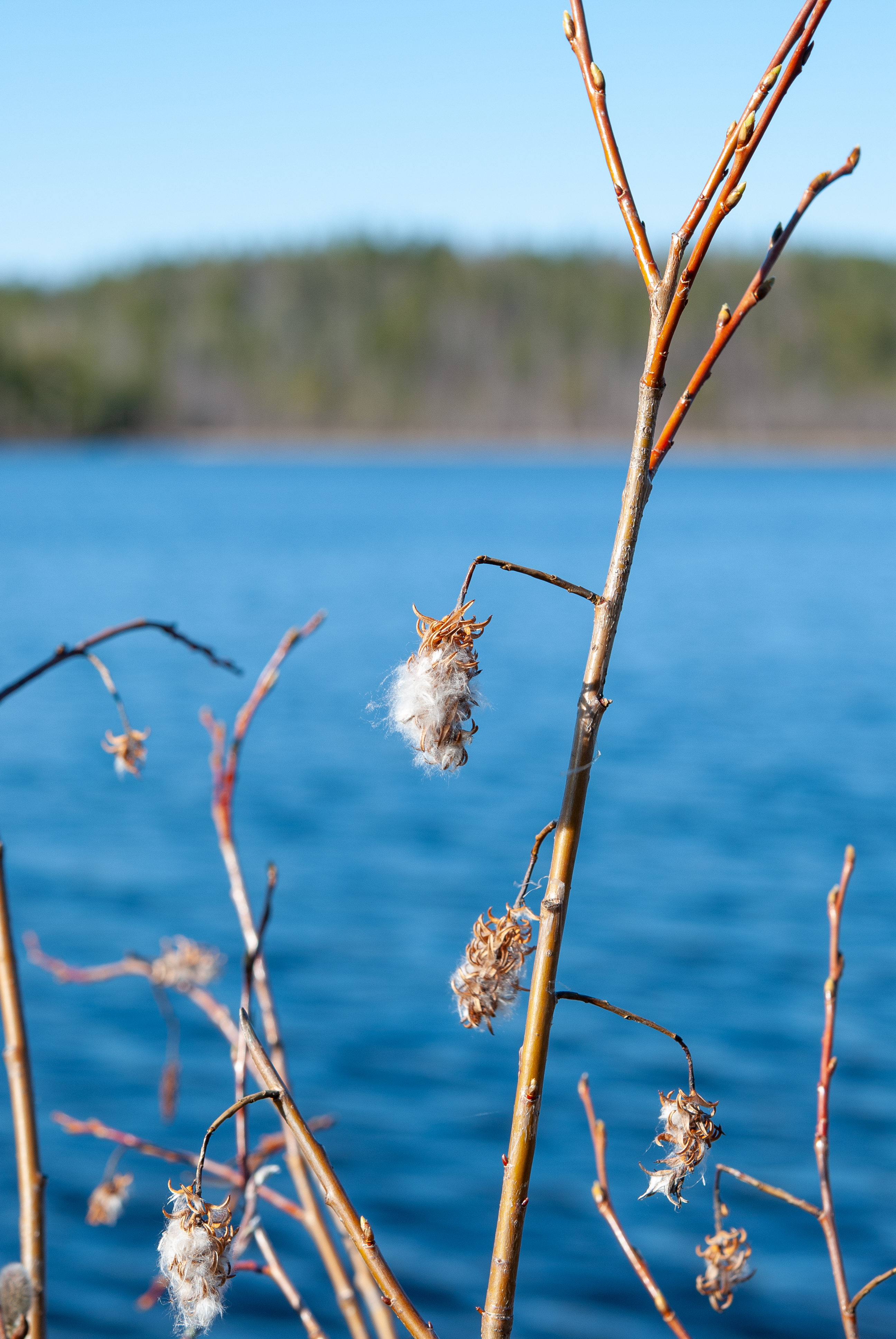 Mature catkins of S. pentandra are drooping, and are supported by a long stalk having many large leaves. The green, glabrous individual fruits are sparsely arranged along the central axis of the catkin. The reddish-brown mature capsules open up late in the autumn, but seed dispersal continues to the following spring. 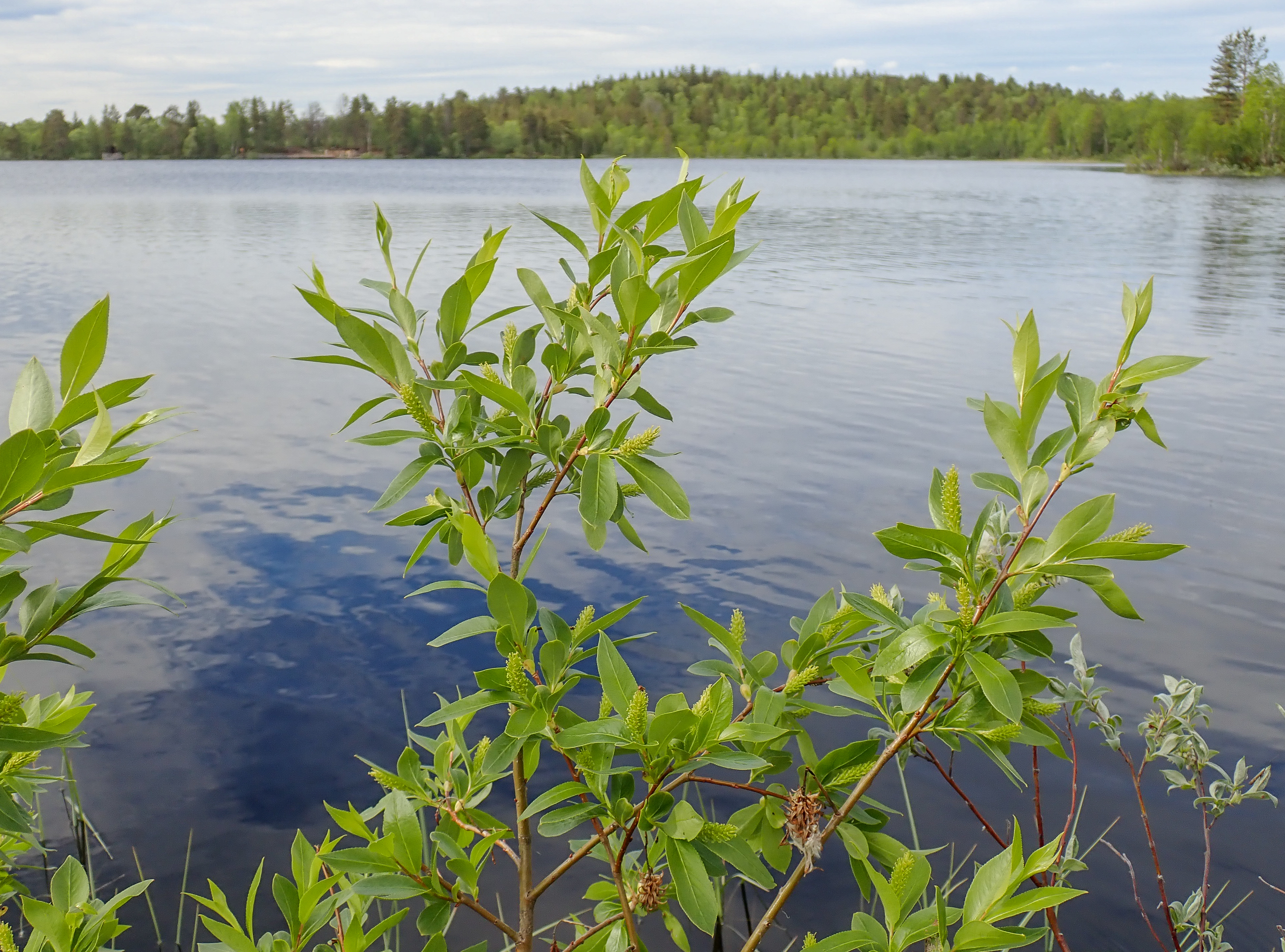 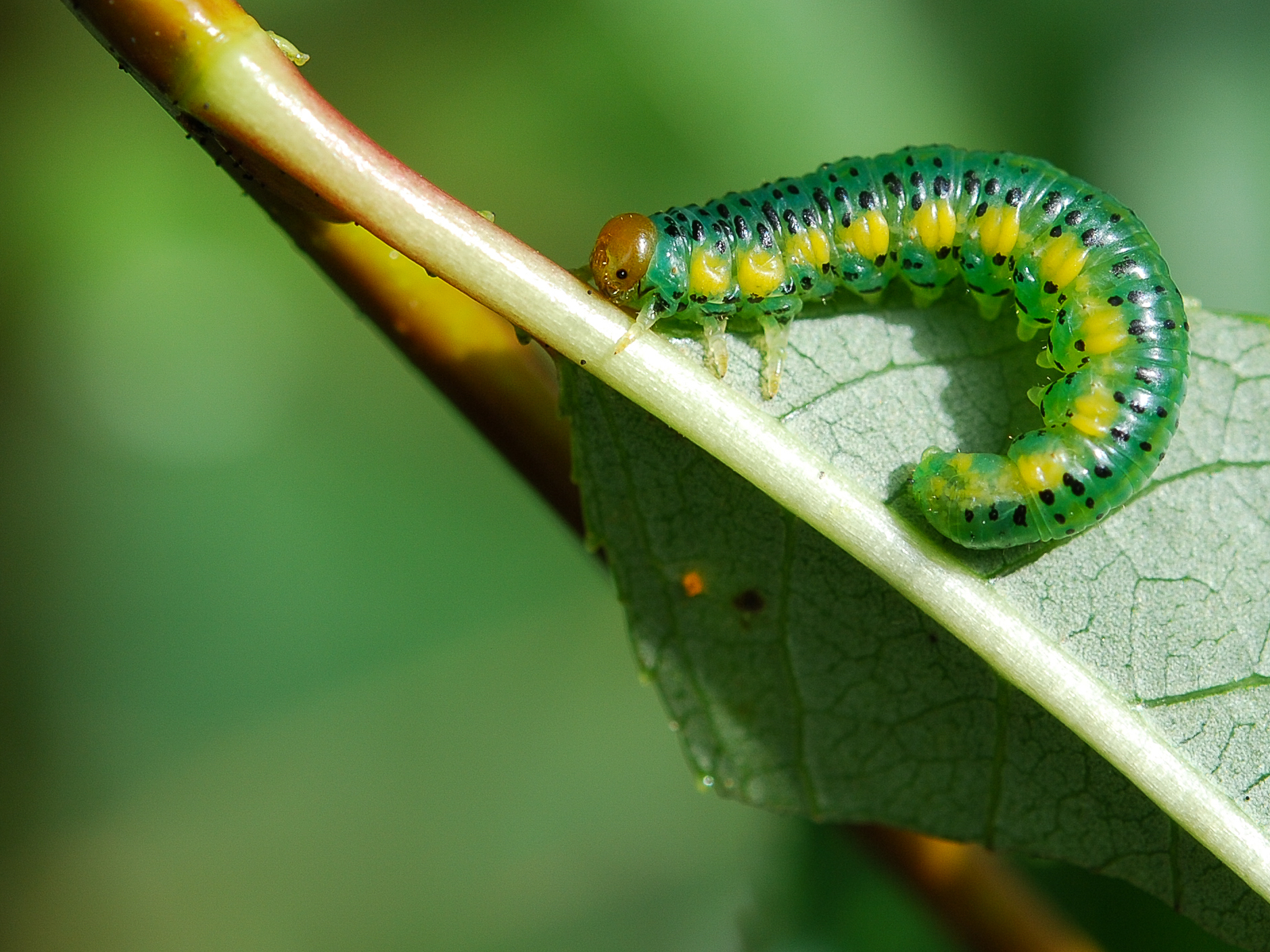 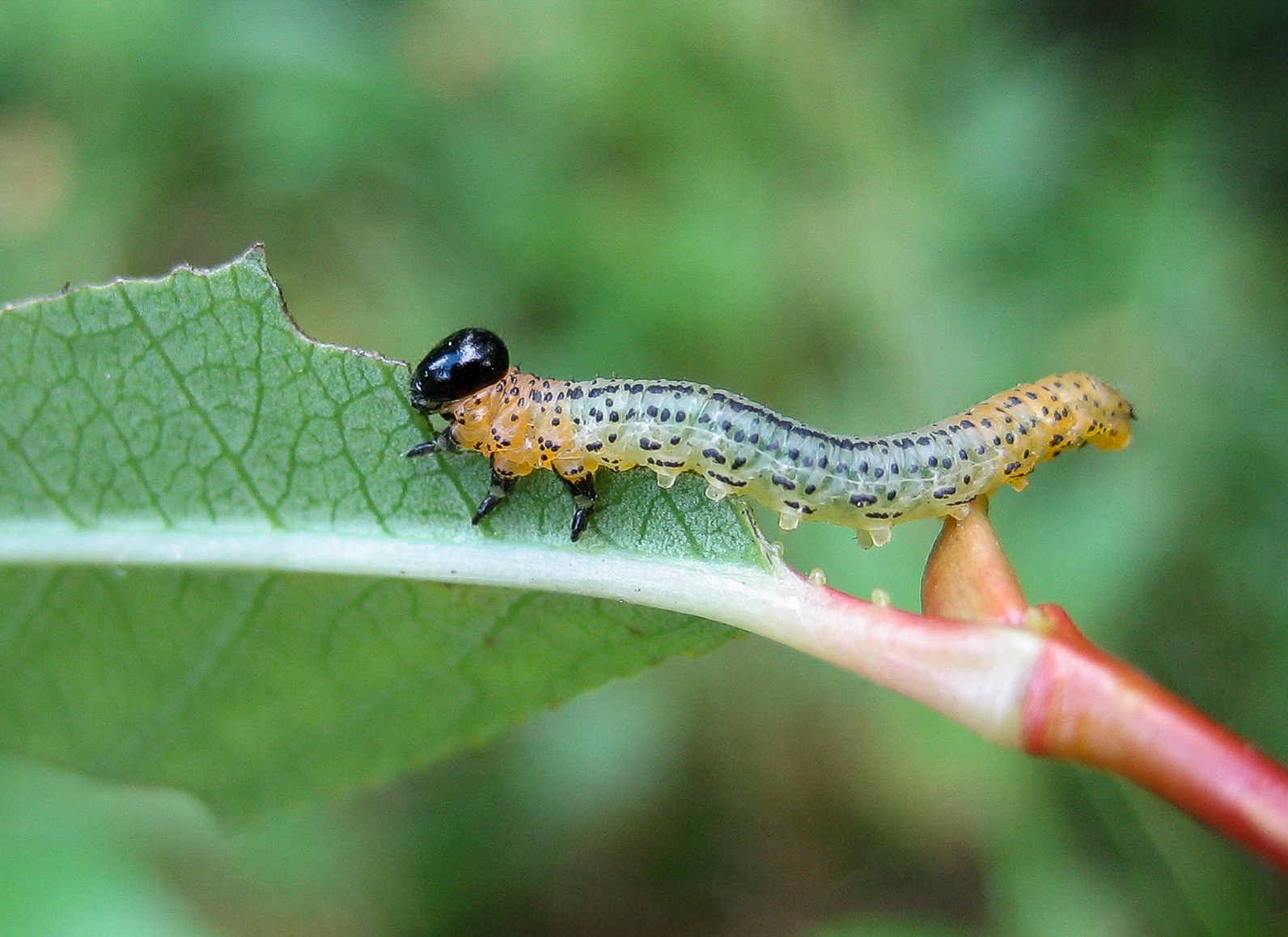 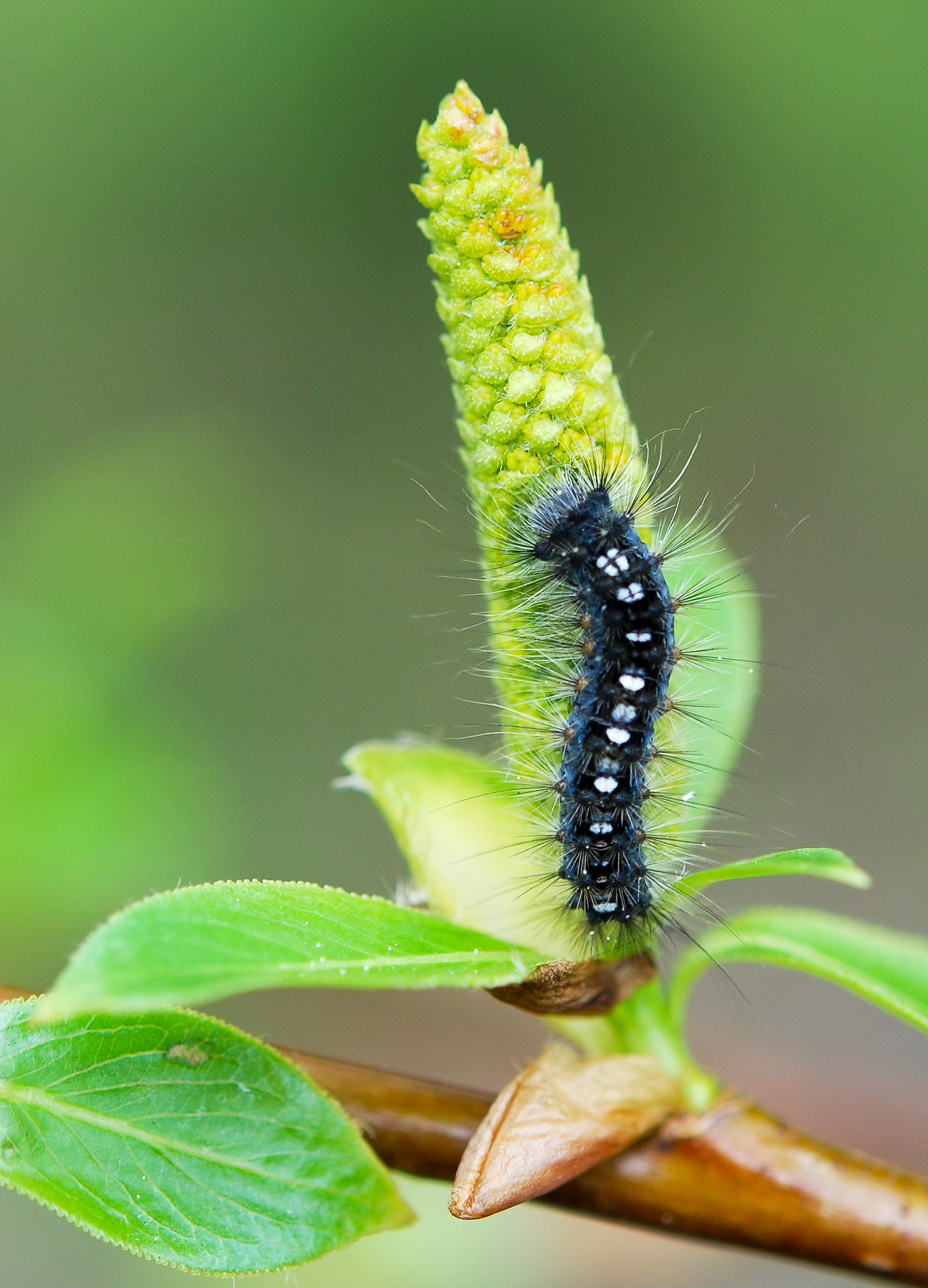 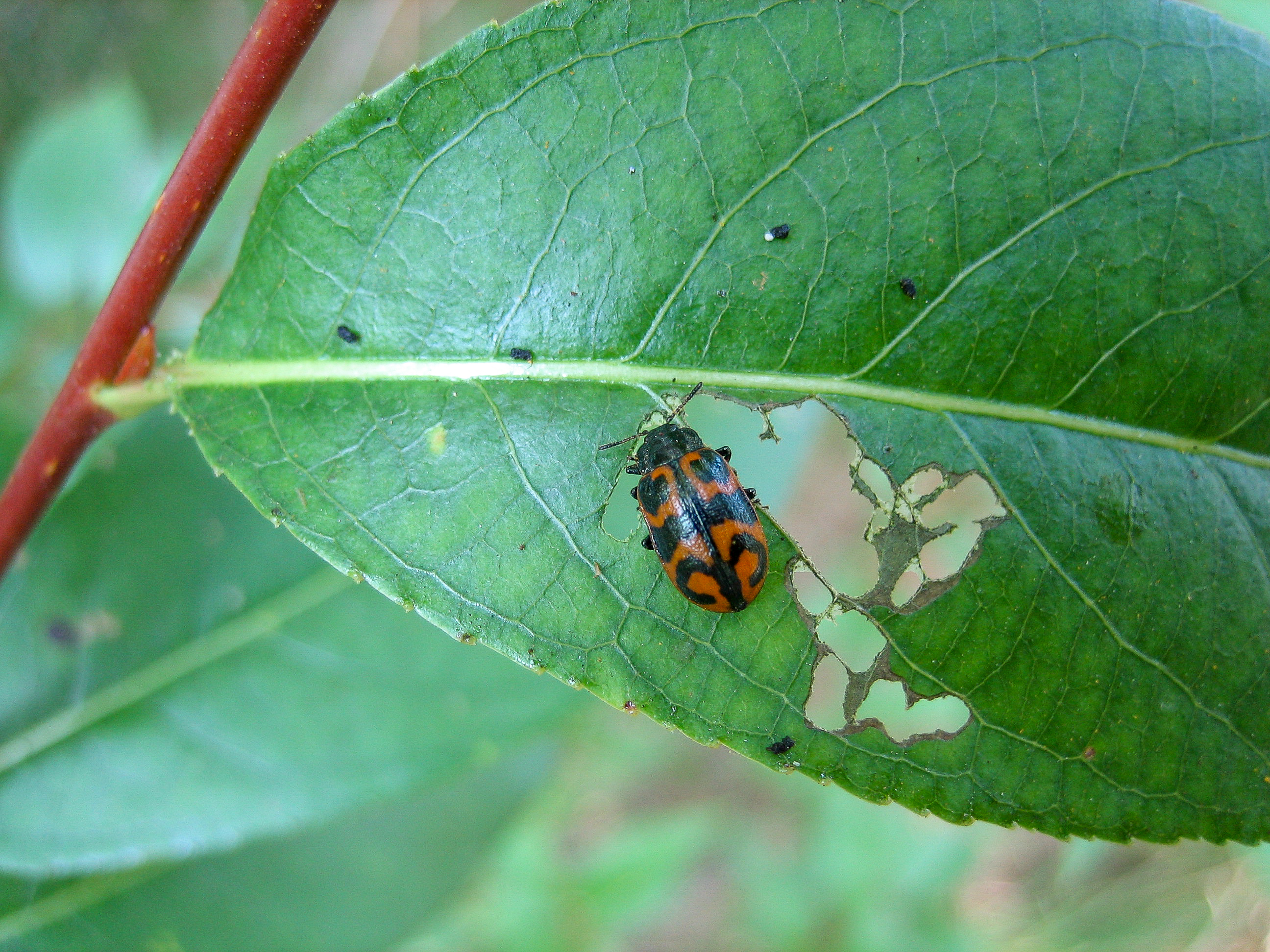 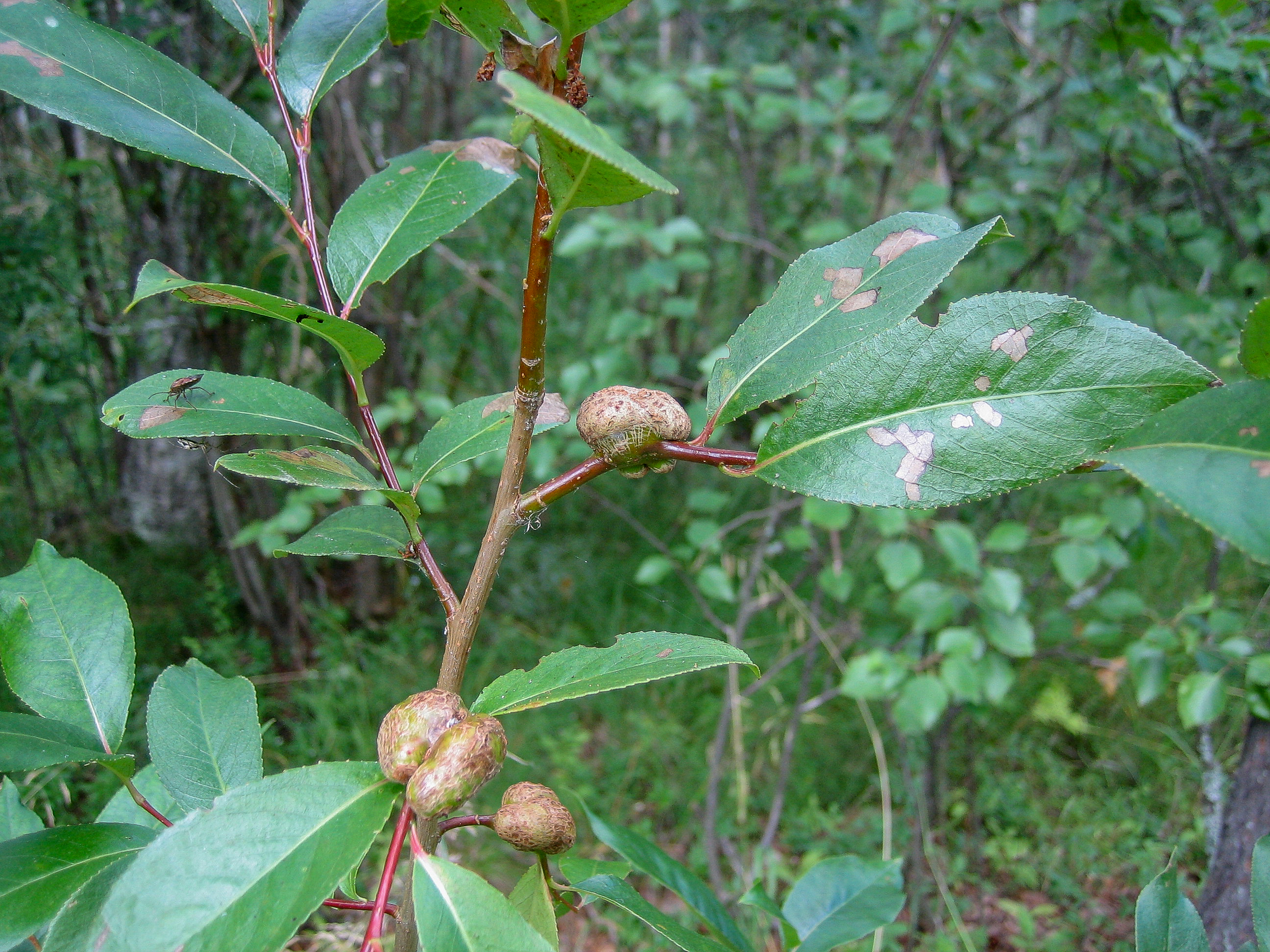 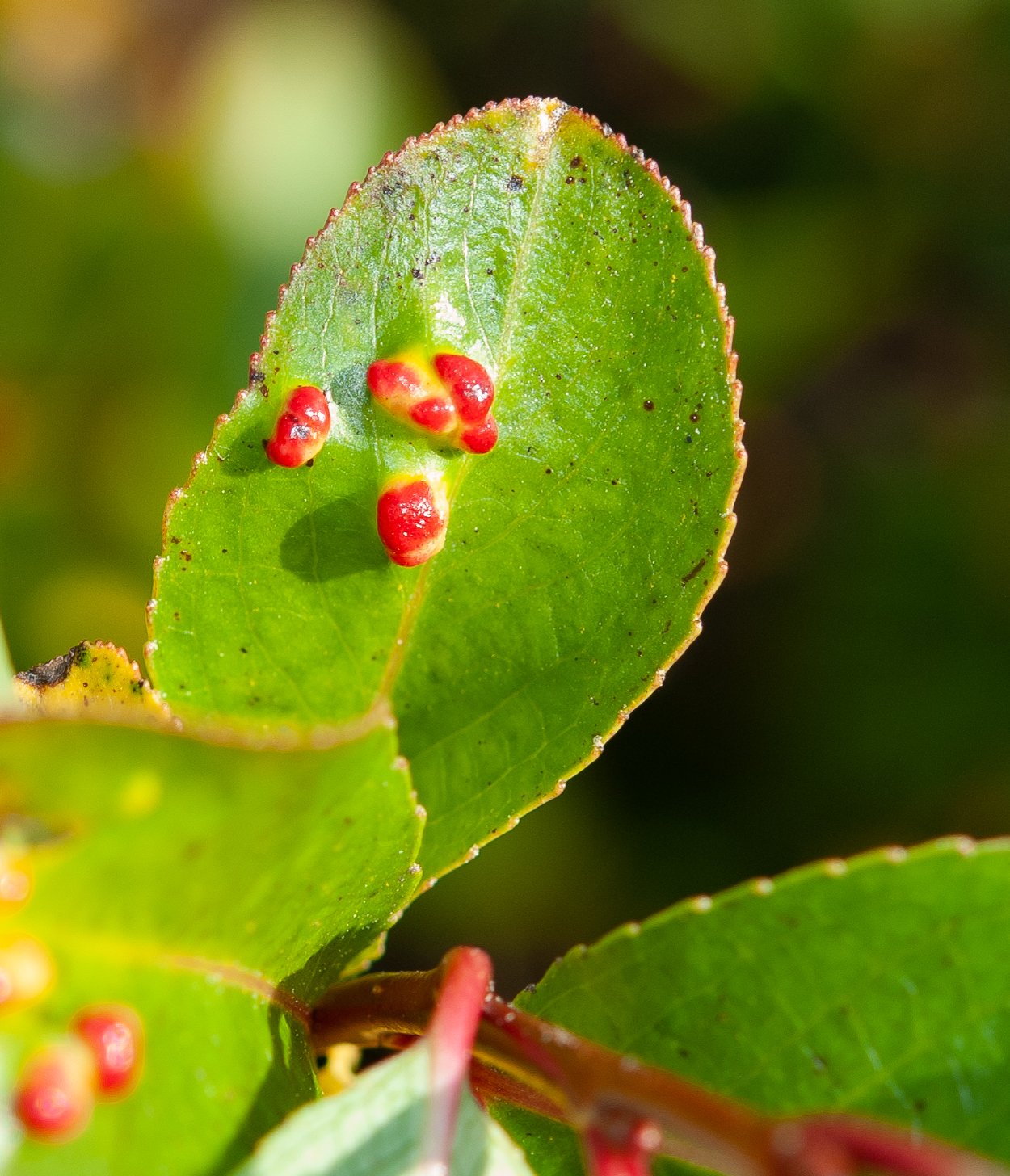 S. pentandra is rather demanding in its habitat requirements, so especially in the north it is found predominantly on relatively wet and warm shorelines of lakes and rivers. The leaves contain high concentrations of salicylates (phenolic defensive compounds), but the species is nevertheless utilized by various external-feeding hymenopteran, coleopteran, and lepidopteran herbivores. The nematine sawfly Euura amerinae induces large galls on stems; each gall can contain multiple larvae. Galls of other arthropods, such as gall mites, are also common. The small extrafloral nectaries present on petioles near the leaf bases attract ants that protect the foliage from being eaten.