Salix glauca L. typically is between 0.5 and 1 meter in height, but can occasionally grow up to two meters tall. The species grows in many different habitats including swamps, fjells, and shores of lakes and streams, but is often found on relatively dry and nutrient-poor sites. Of the shrub willows, it is the one reaching the highest elevations right below the arctic zone dominated by dwarf willows and other ground-hugging plants. Various subspecies of S. glauca are found across the northern reaches of the whole Holarctic region; in Europe, the species is found in northern Fennoscandia, but closely related taxa are present in the Alps and the Pyrenees. 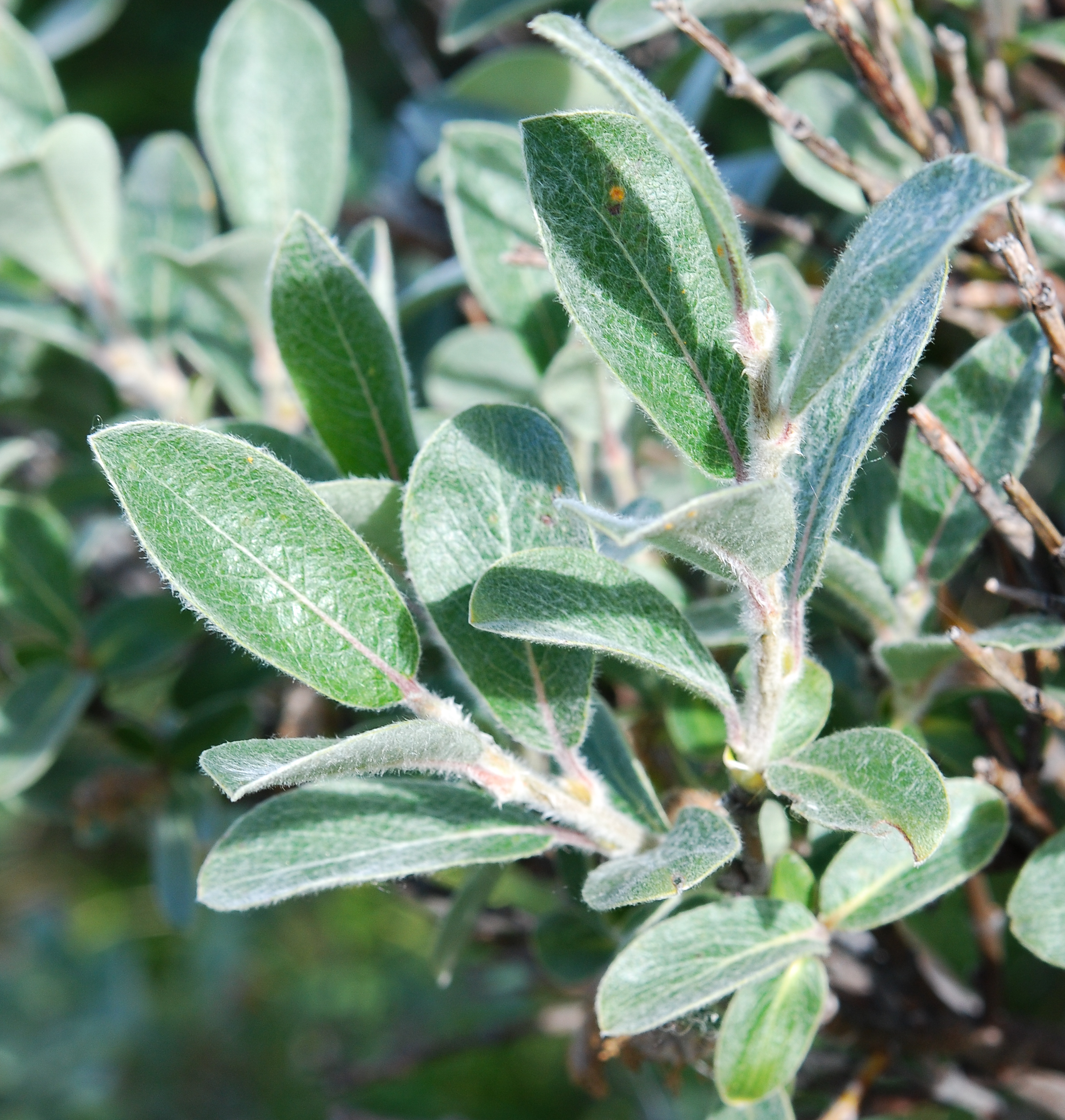 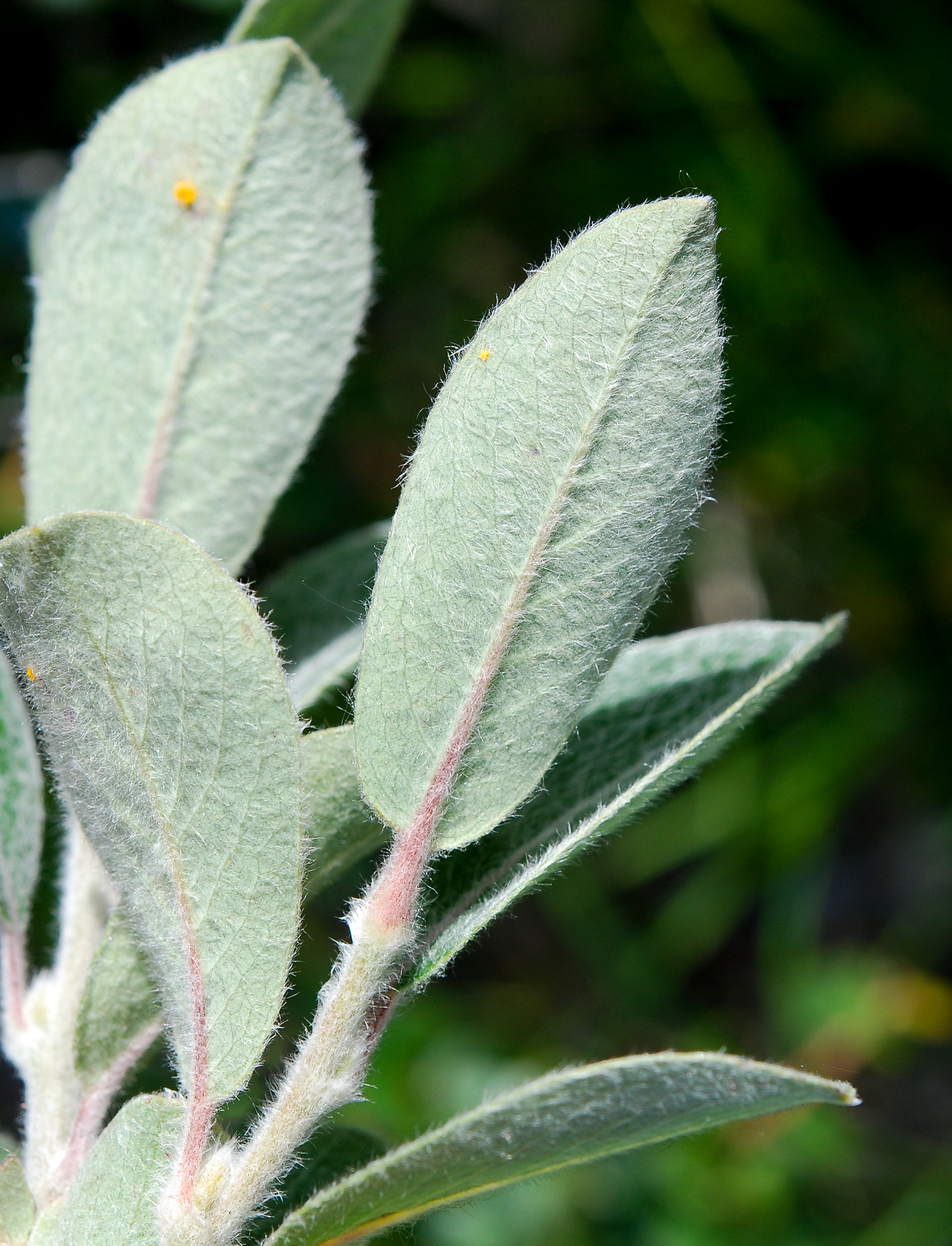 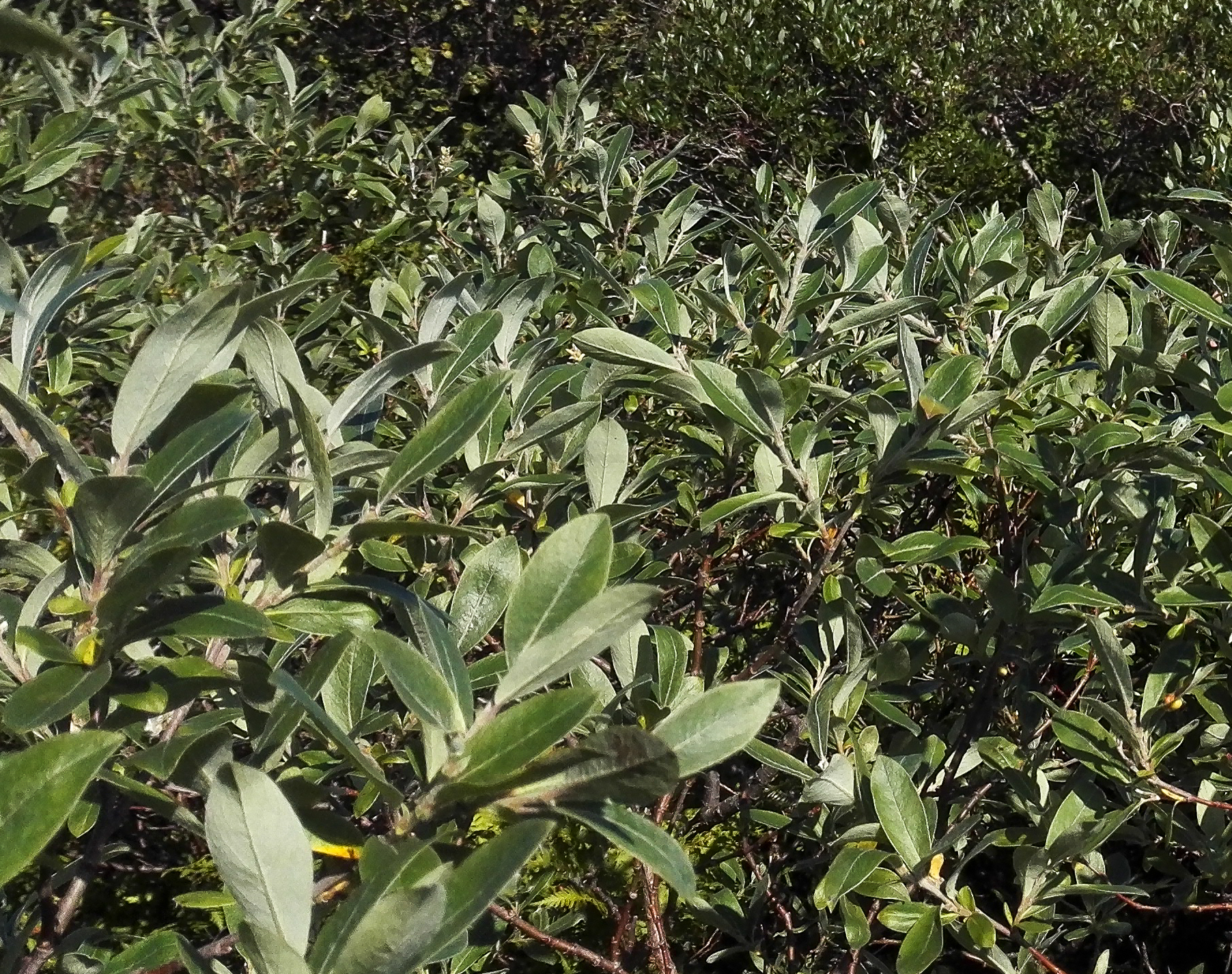 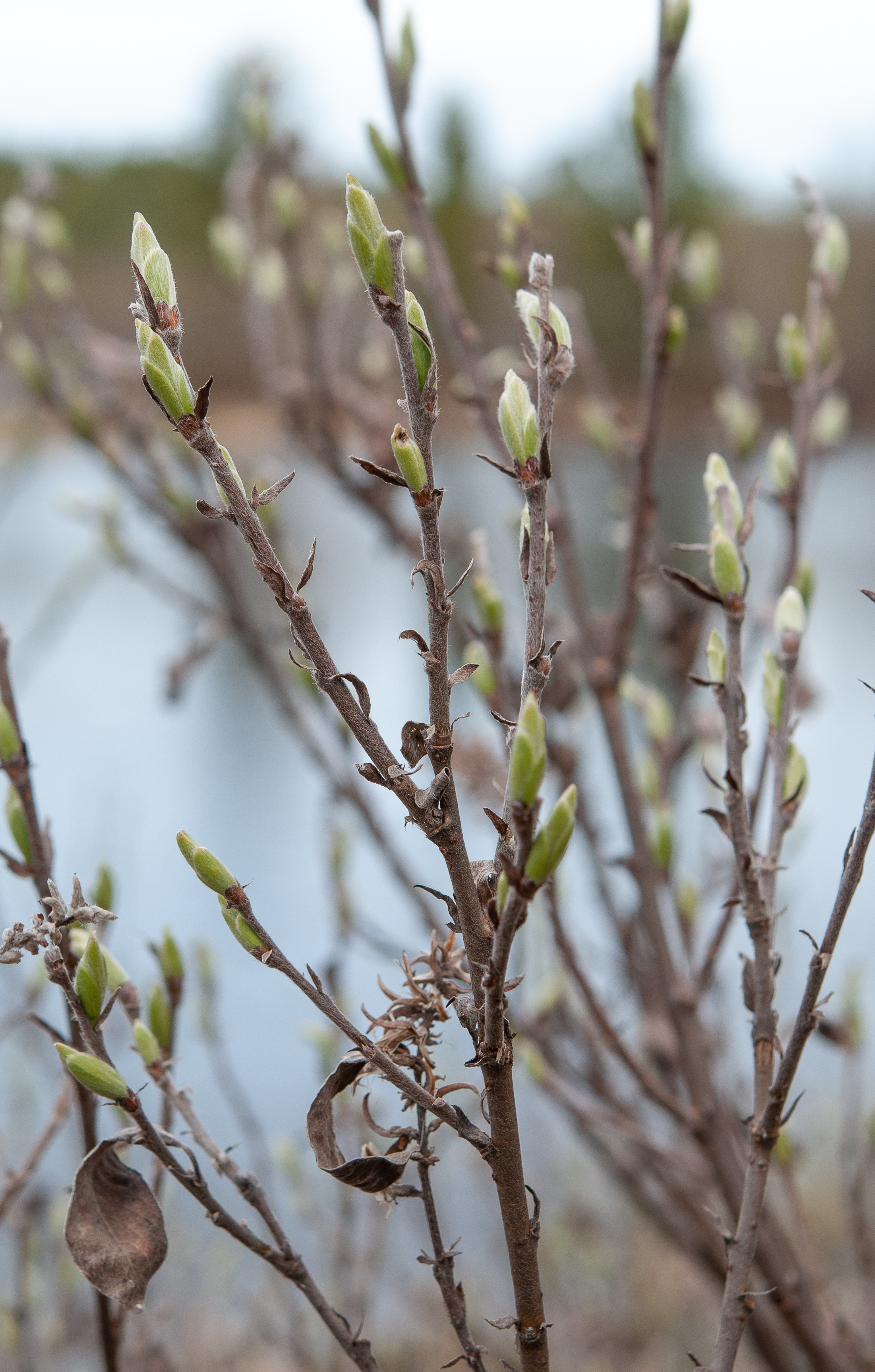 S. glauca leaves are elongated, but the shape of the tip (sharp or rounded) varies among individuals or gradually along the same shoot. The leaves have entire margins (i.e., the edge lacks teeth), and are covered by grey pubescence on both sides. Importantly, and as a clear difference to S. lapponum, the leaves are completely flat, so that the veins on the lower and upper surfaces are at the same level with the leaf surface. Leaves open up distictly later than those of most other northern willow species.

Previuos-year shoots are dark brown, and current-year ones pale brown and green; both are covered by dense hair. Stipules around buds are absent in some forms and long and narrow in others. 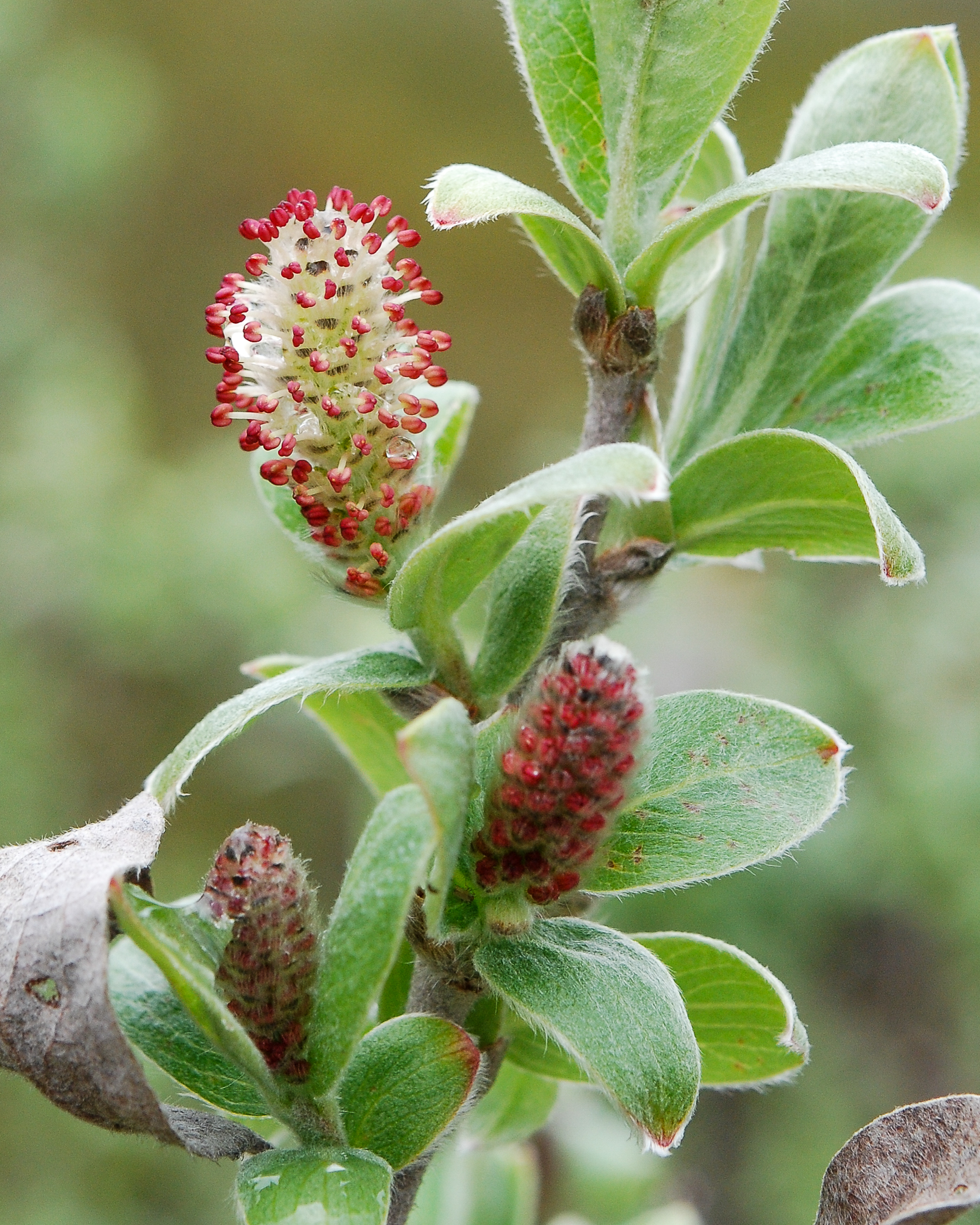 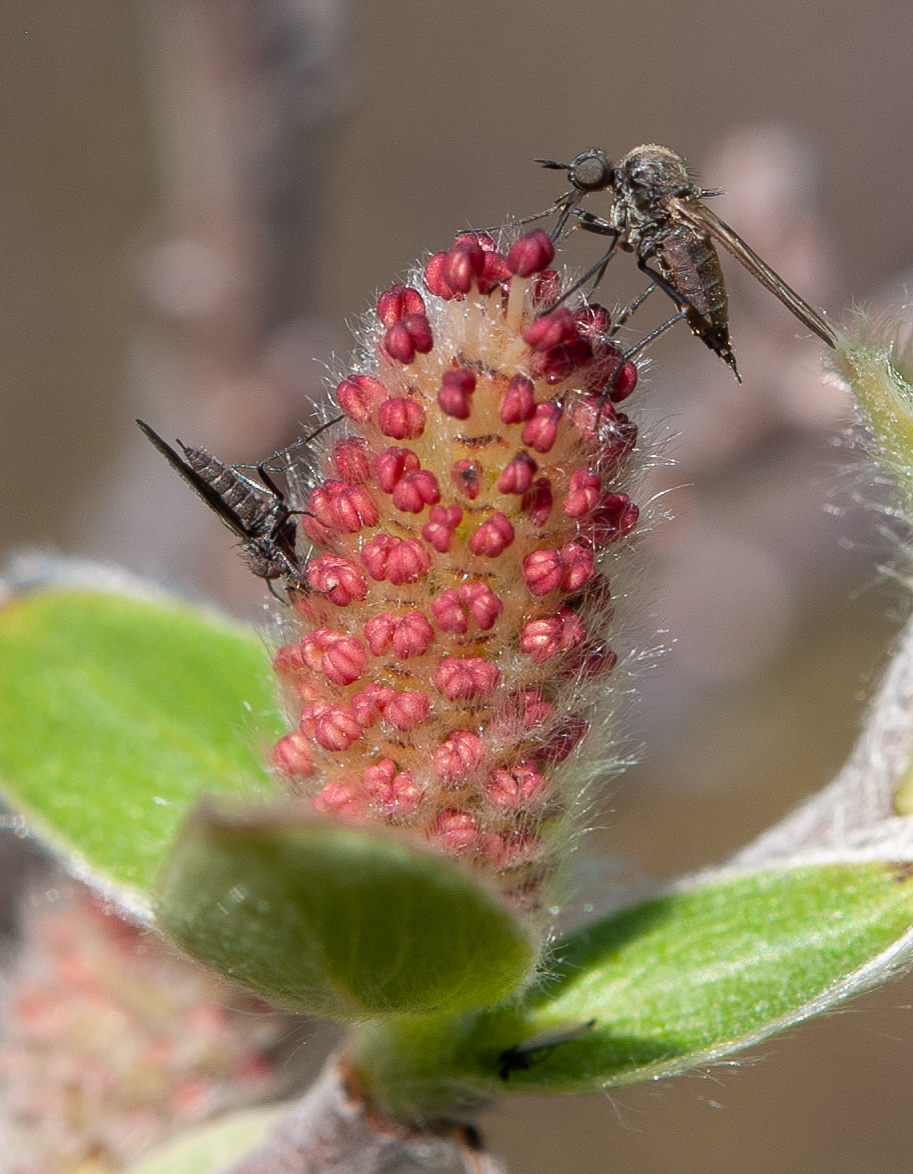 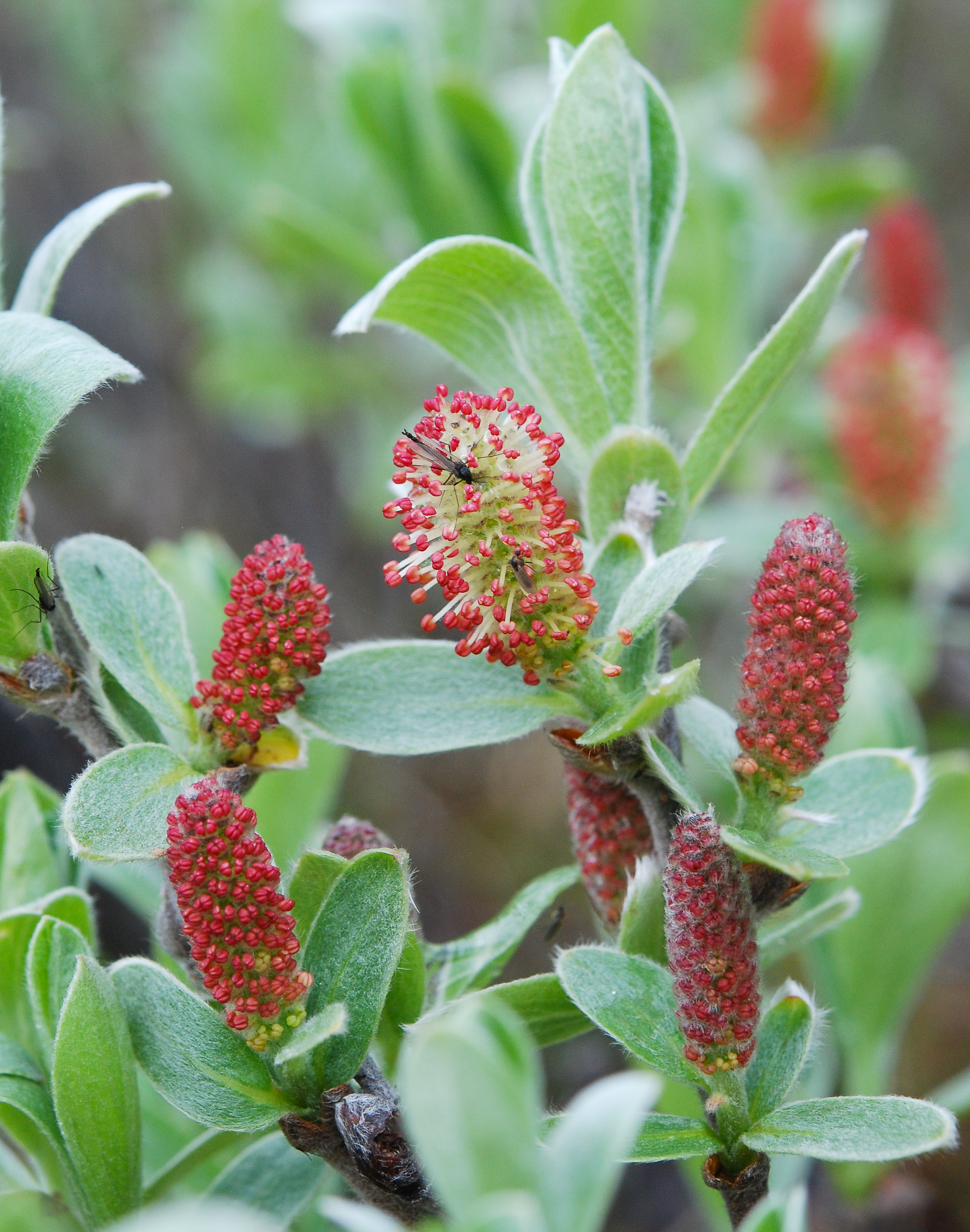 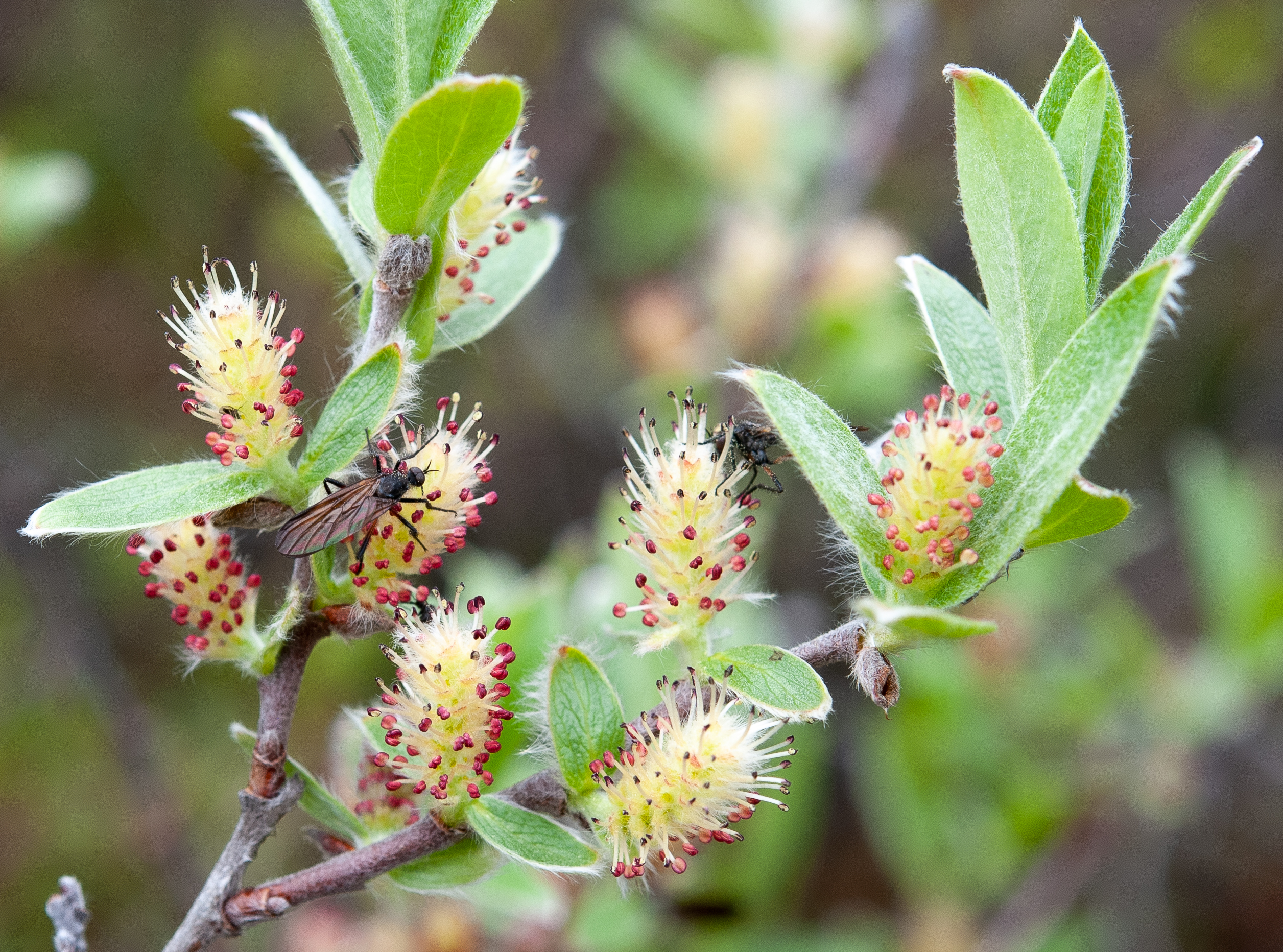 S. glauca males begin flowering relatively late, contemporaneously with leaf expansion. The inflorescences are situated in the end of a long stalk with large leaves. The red anthers are supported by a long and pale yellow filament, which gives the male flowers a distinct look. Bracts are brown. 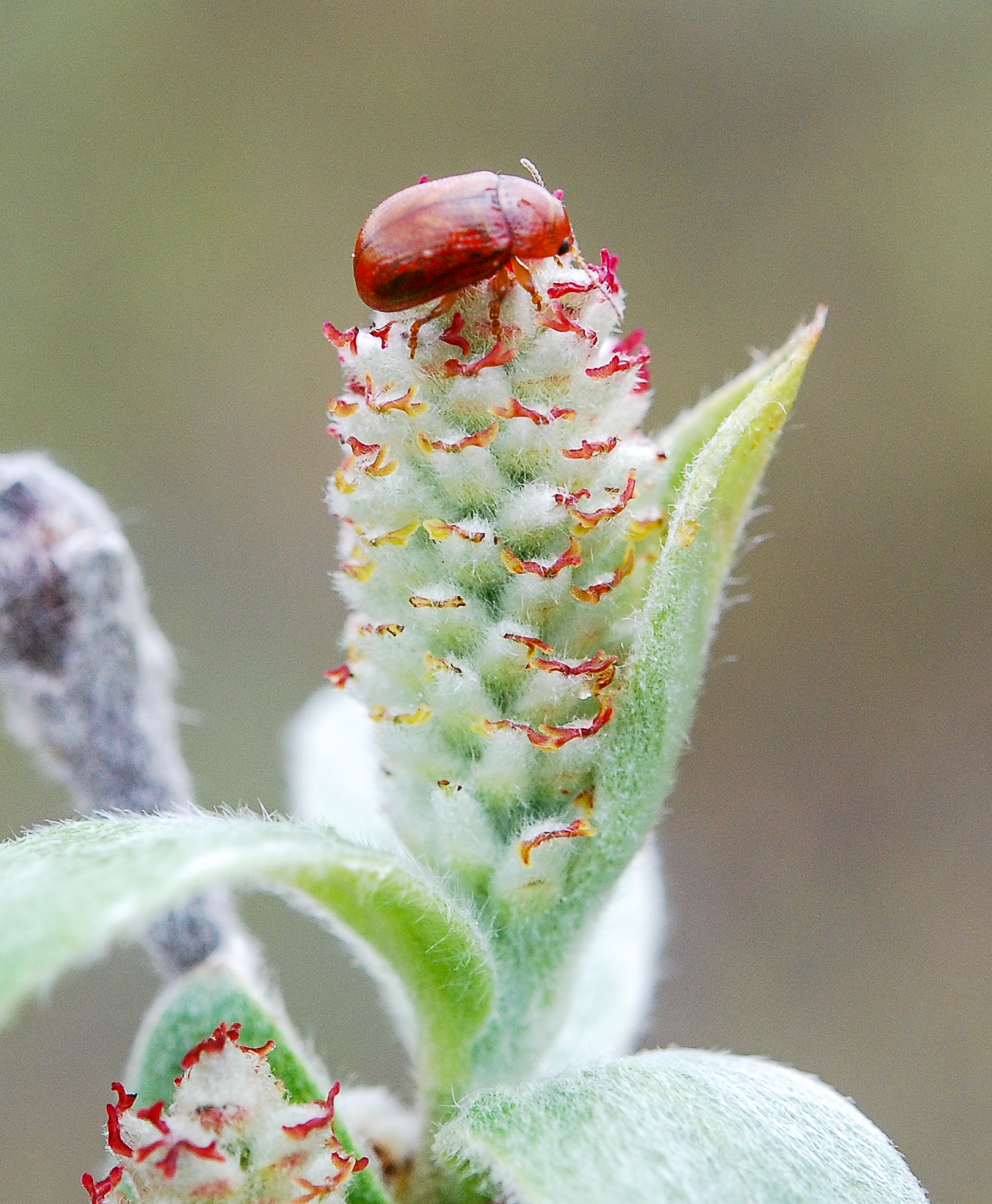 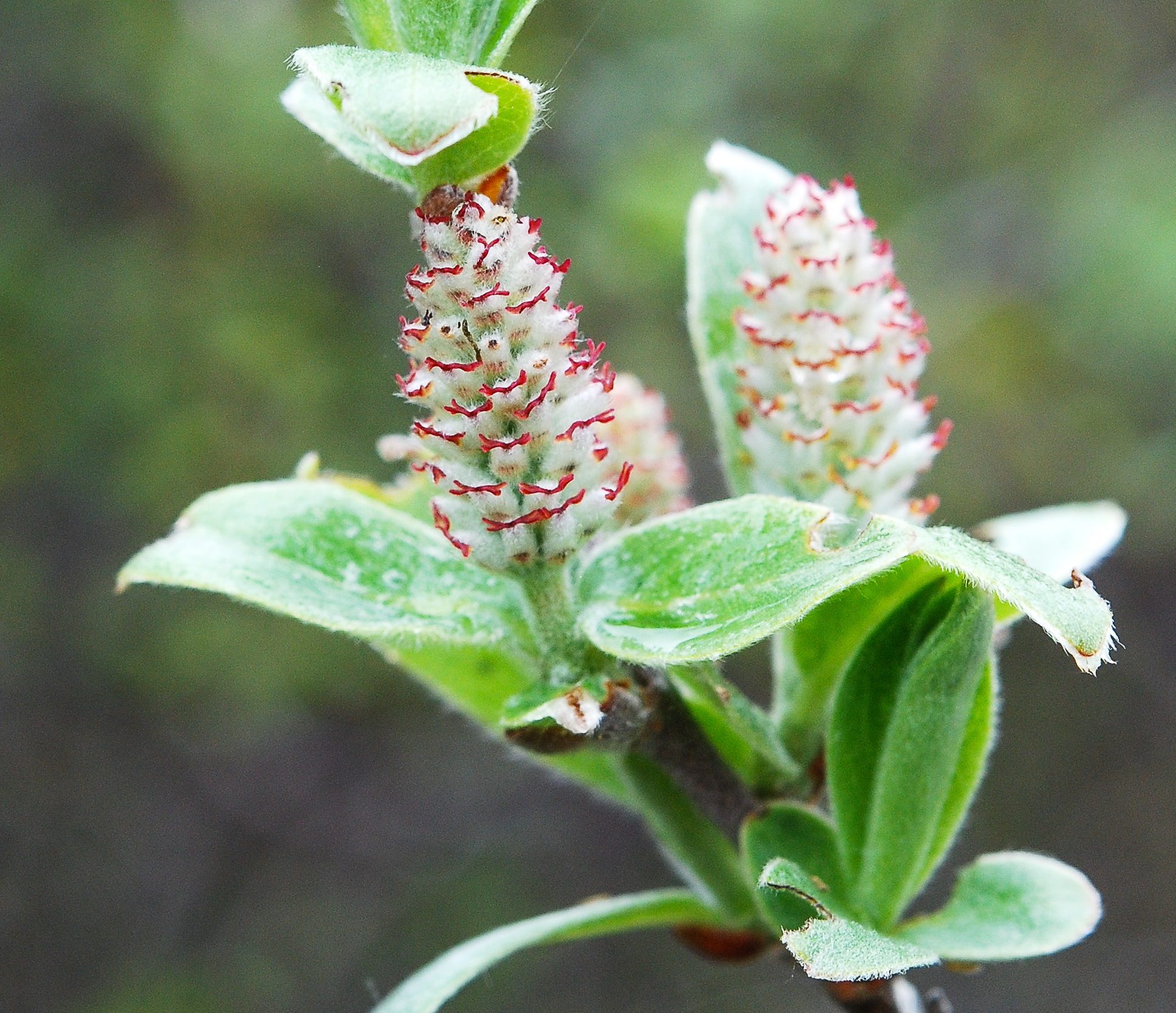 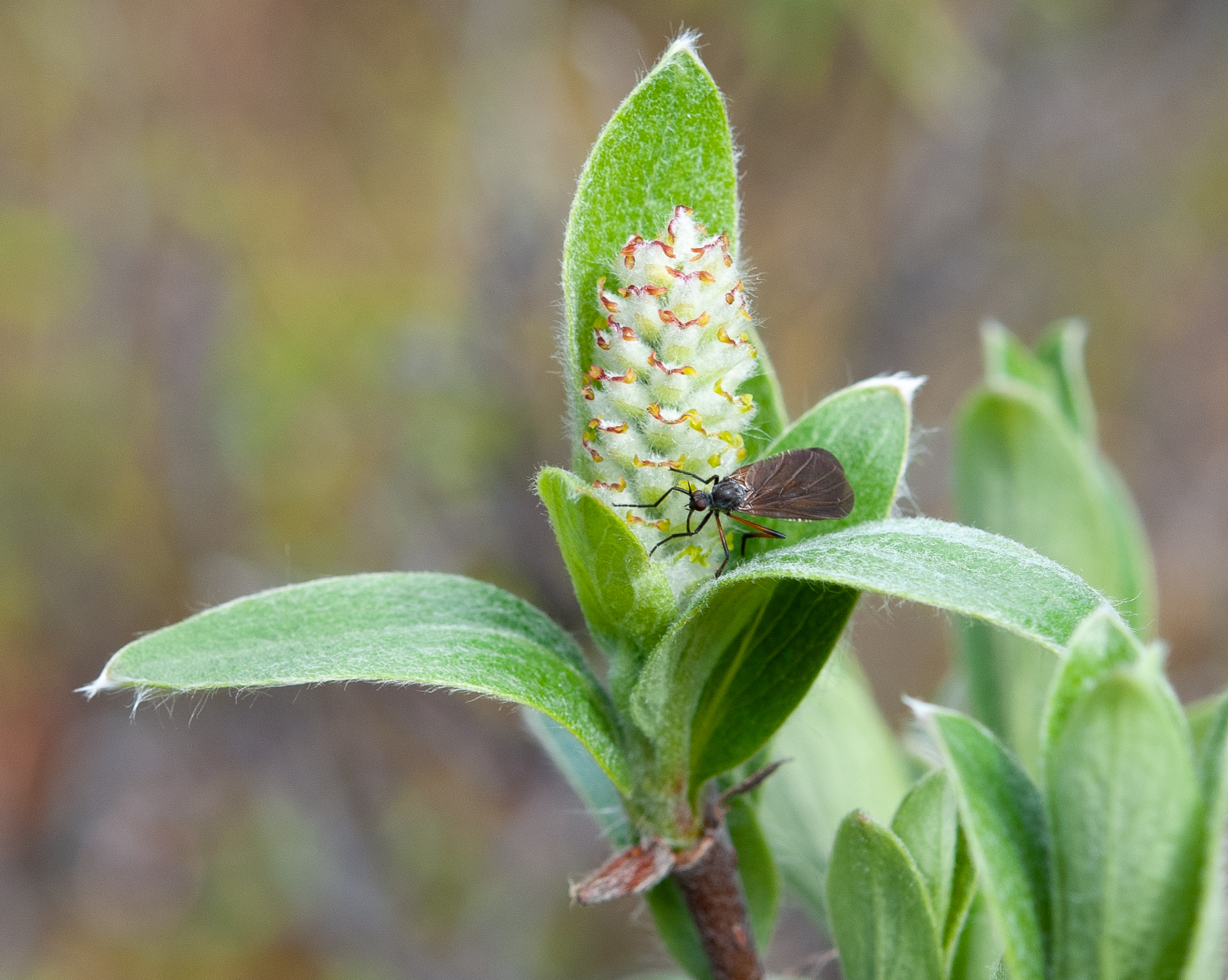 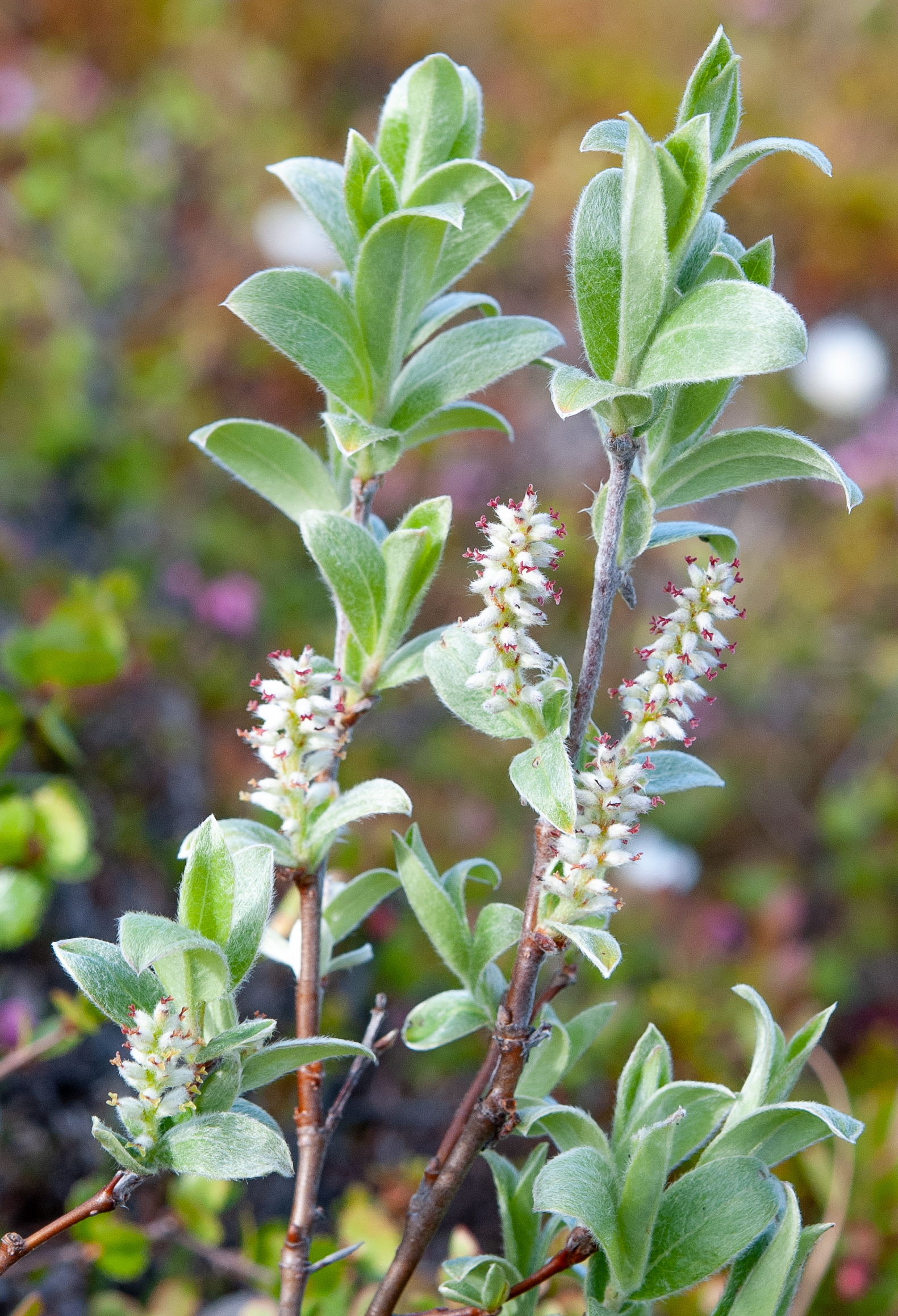 S. glauca female inflorescences begin forming relatively late in the spring, at a time when S. lapponum and S. phylicifolia inflorescences are already turning into fruit-bearing catkins. A long stalk with several large leaves supports each inflorescence. Individual flowers (carpels) are covered by dense mat of pale grey pubescence, and stigmas are red or orange. Bracts are small and pale brown. 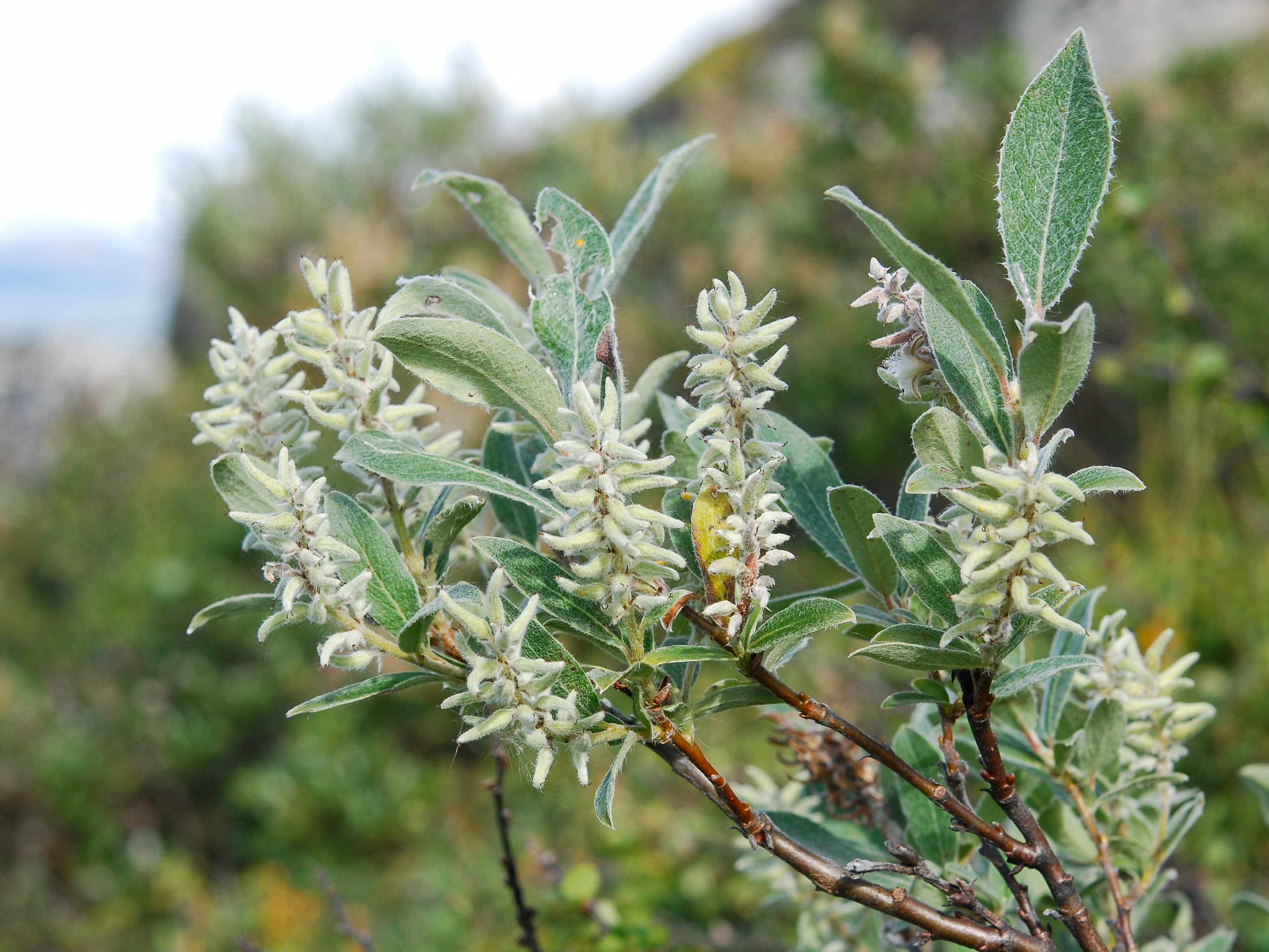 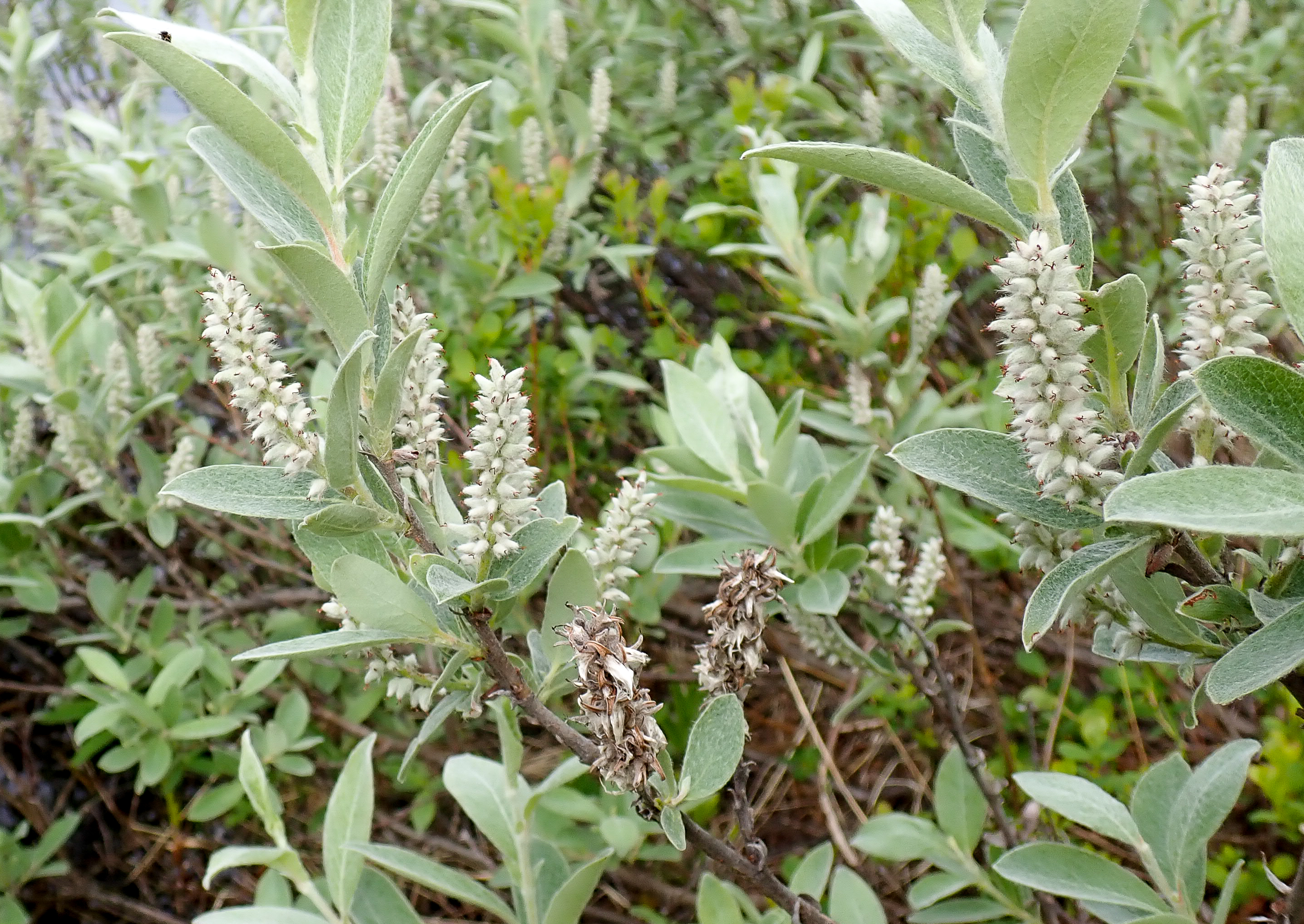 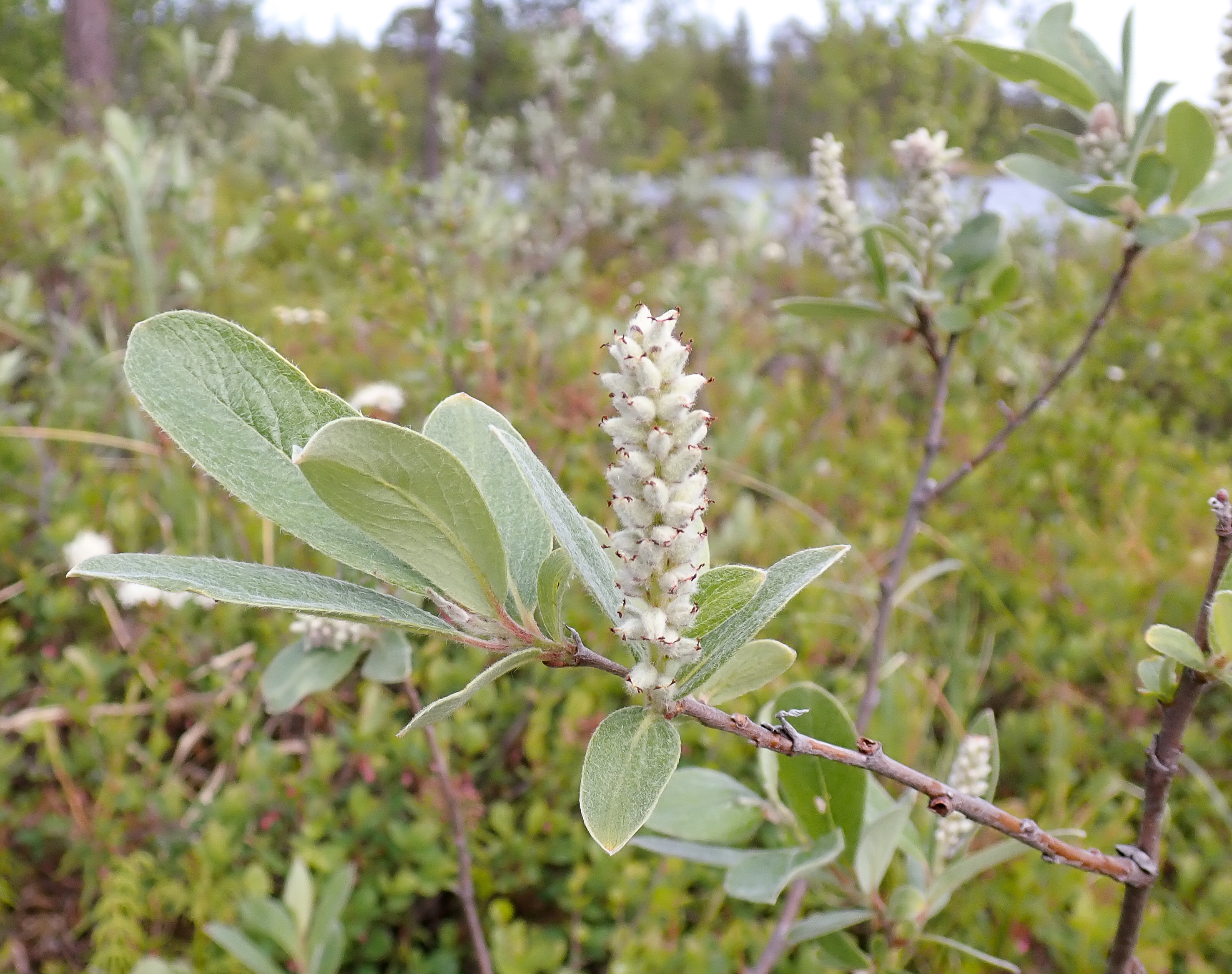 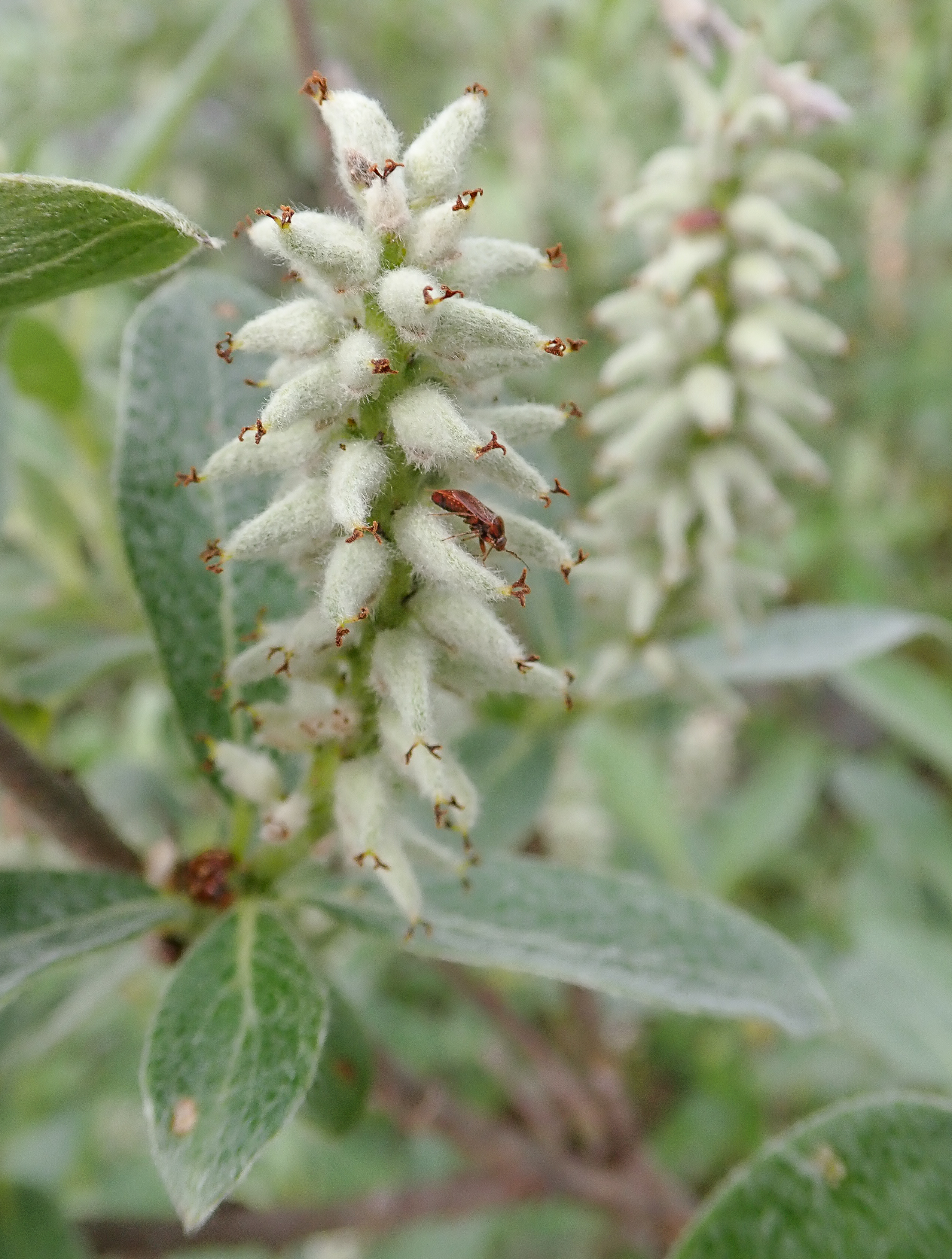 Fruit-bearing catkins of S. glauca are erect and supported by a long leafy stalk (the leaves of the stalk may fall off during the summer). Individual fruits are long and covered by pale greenish-grey pubescence, which, together with the generally sparse arrangement of fruits along the central axis, gives the catkins a very characteristic look. The catkins remain on the plants well into late autumn, or even to the next spring. 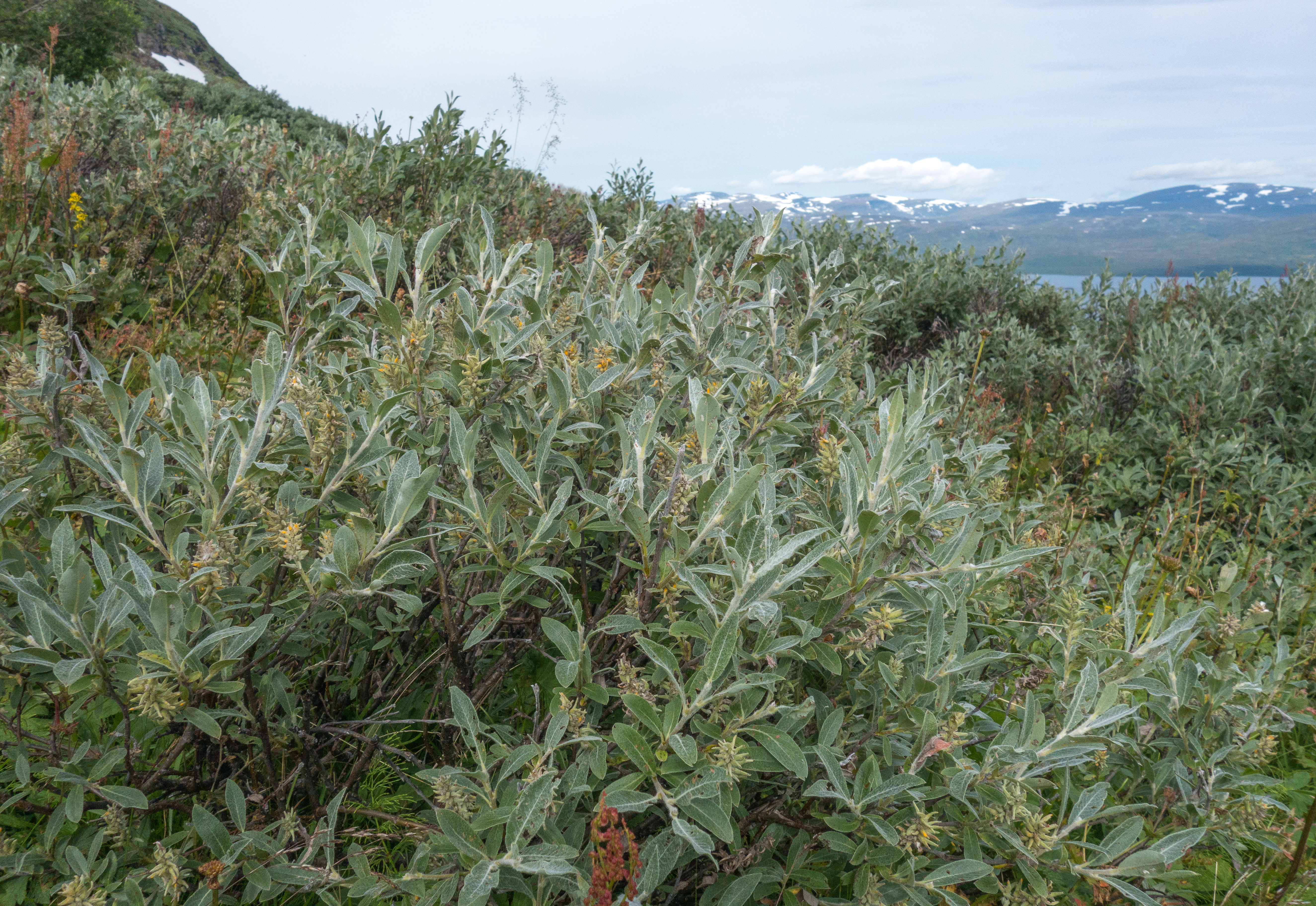 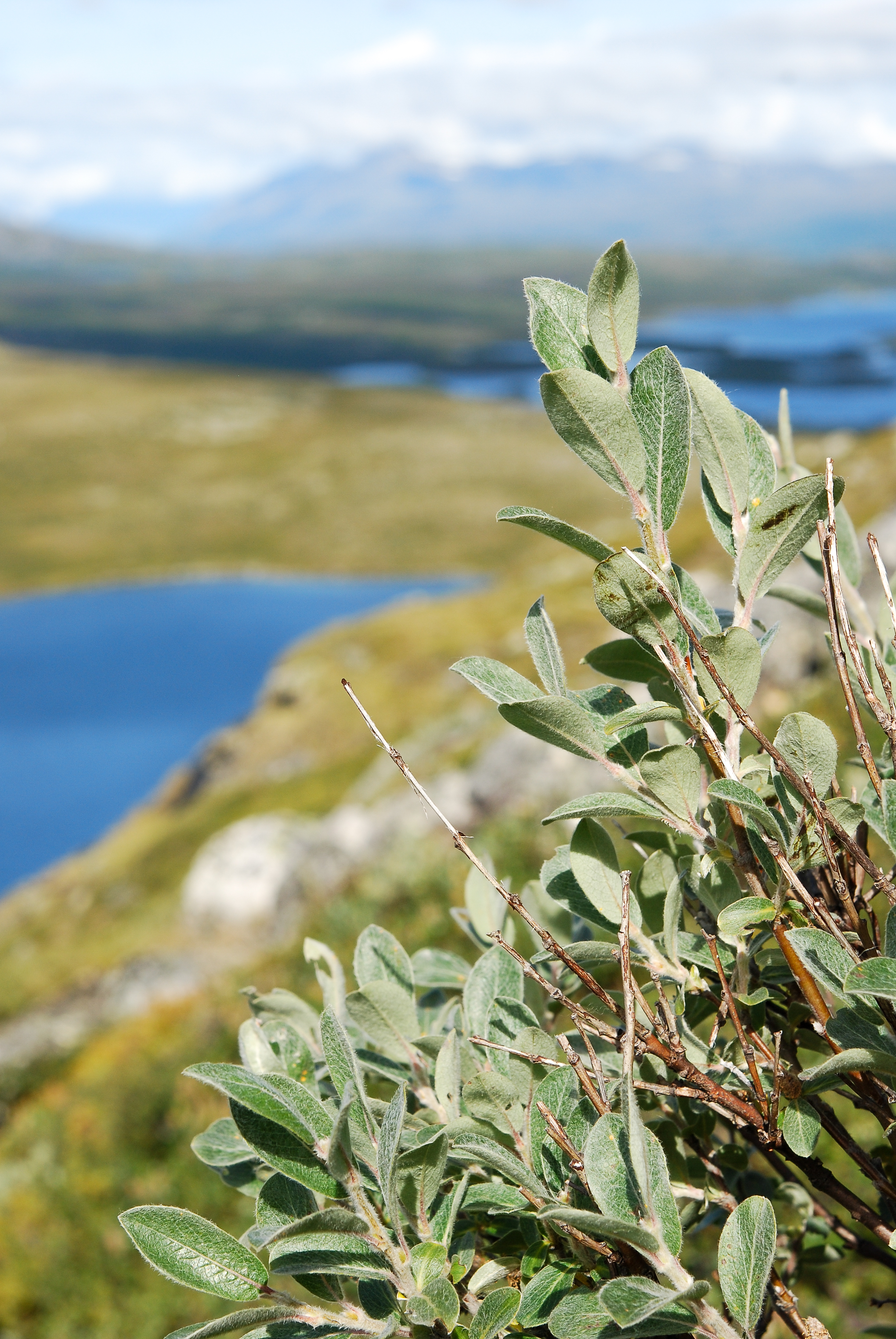 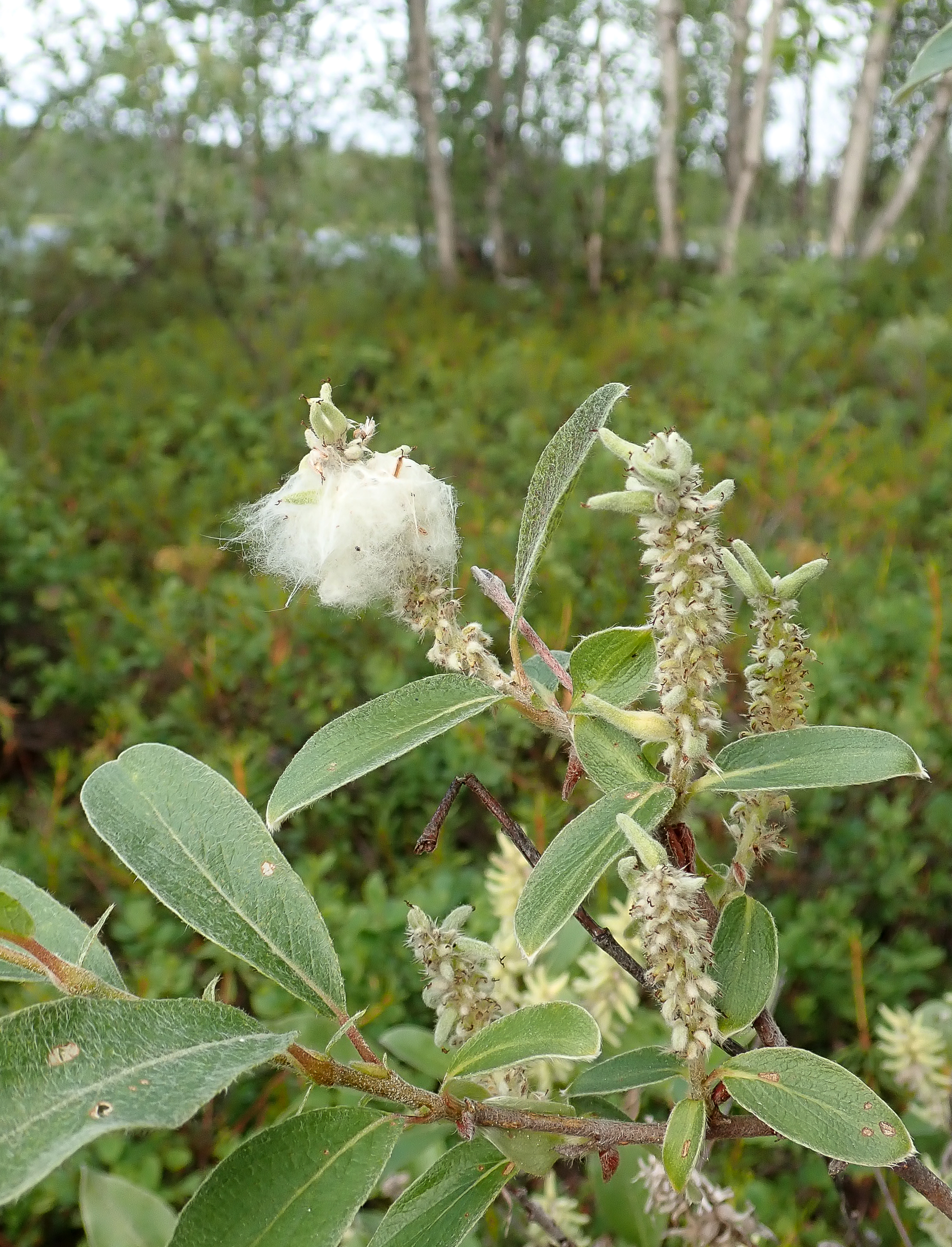 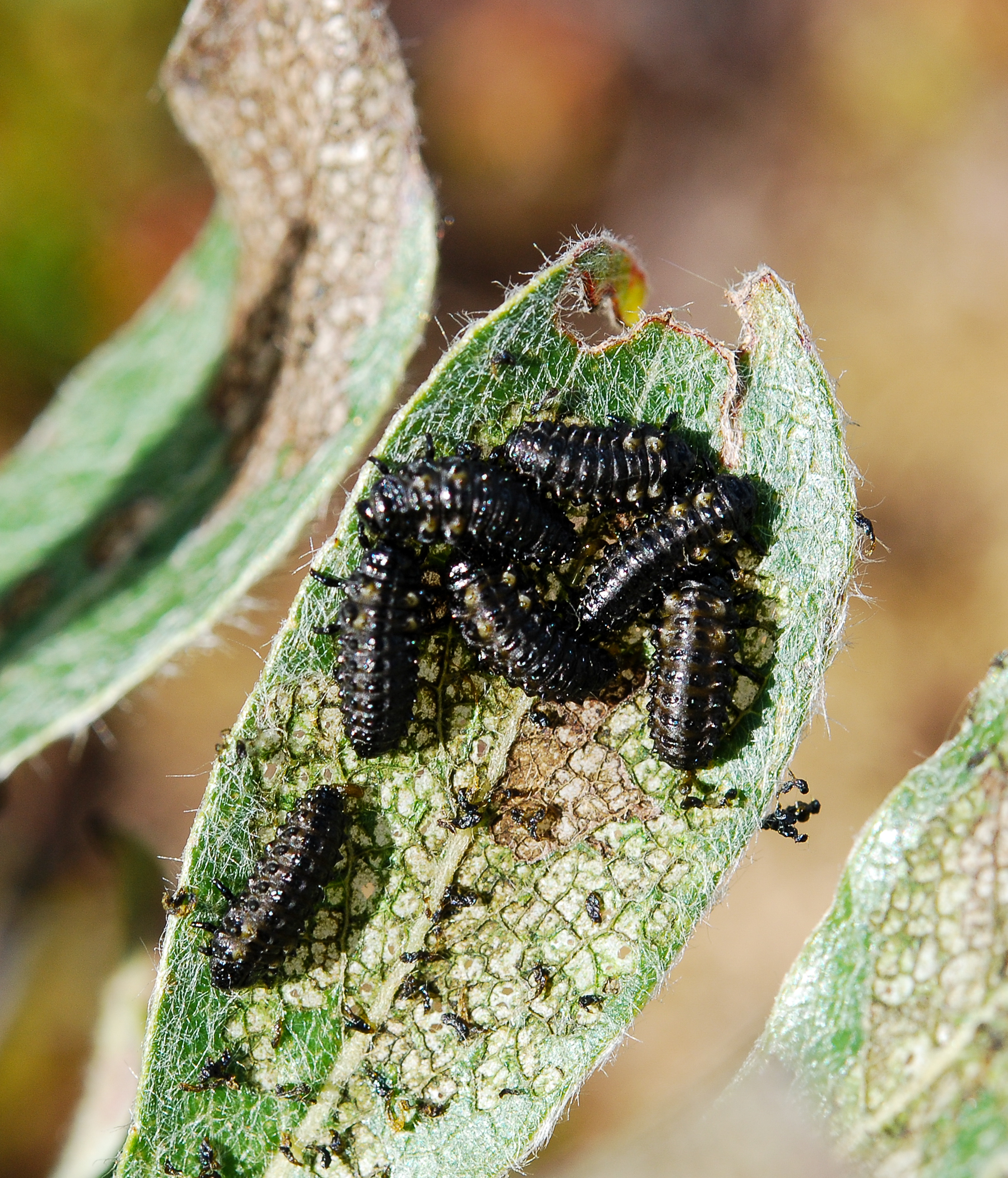 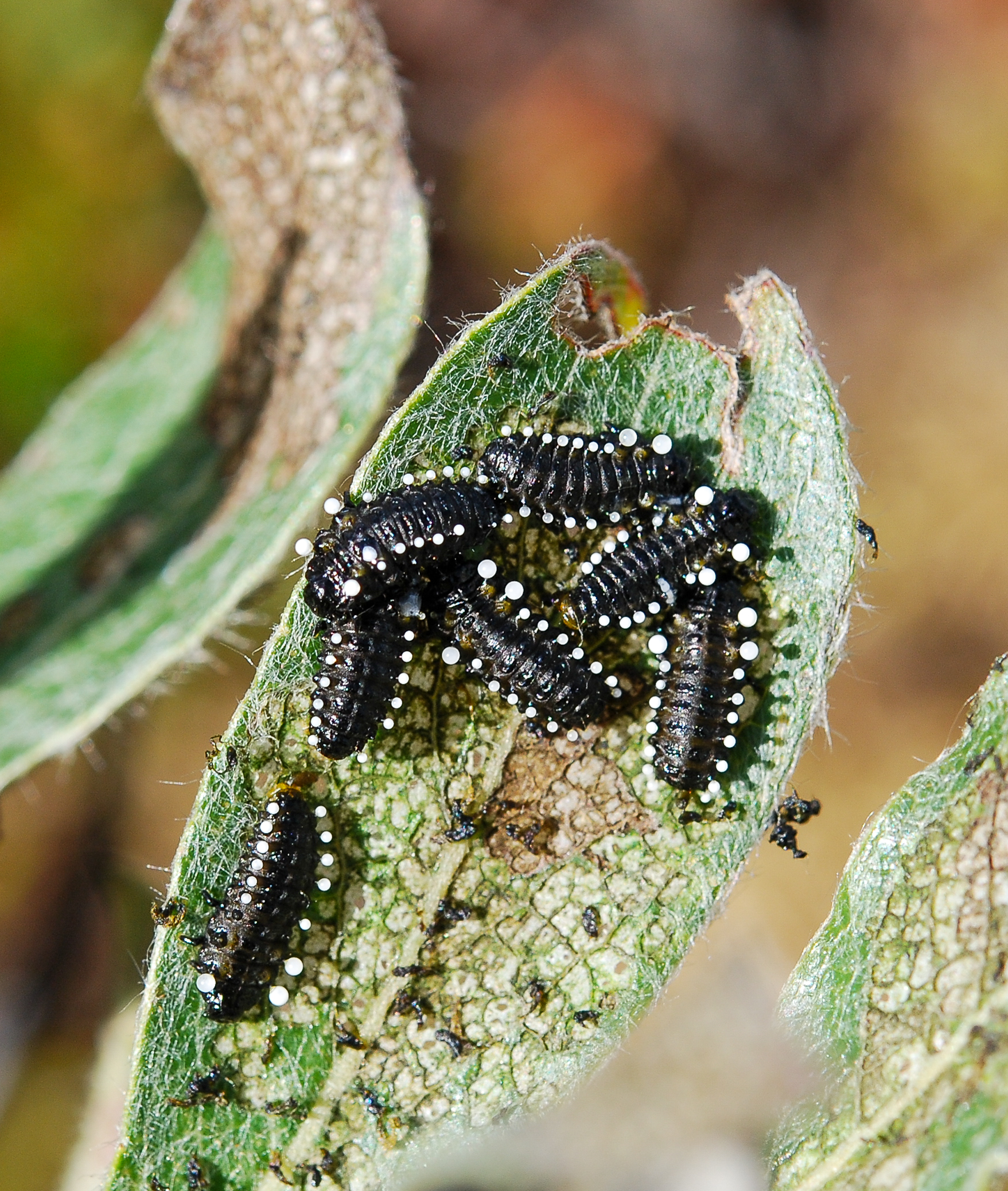 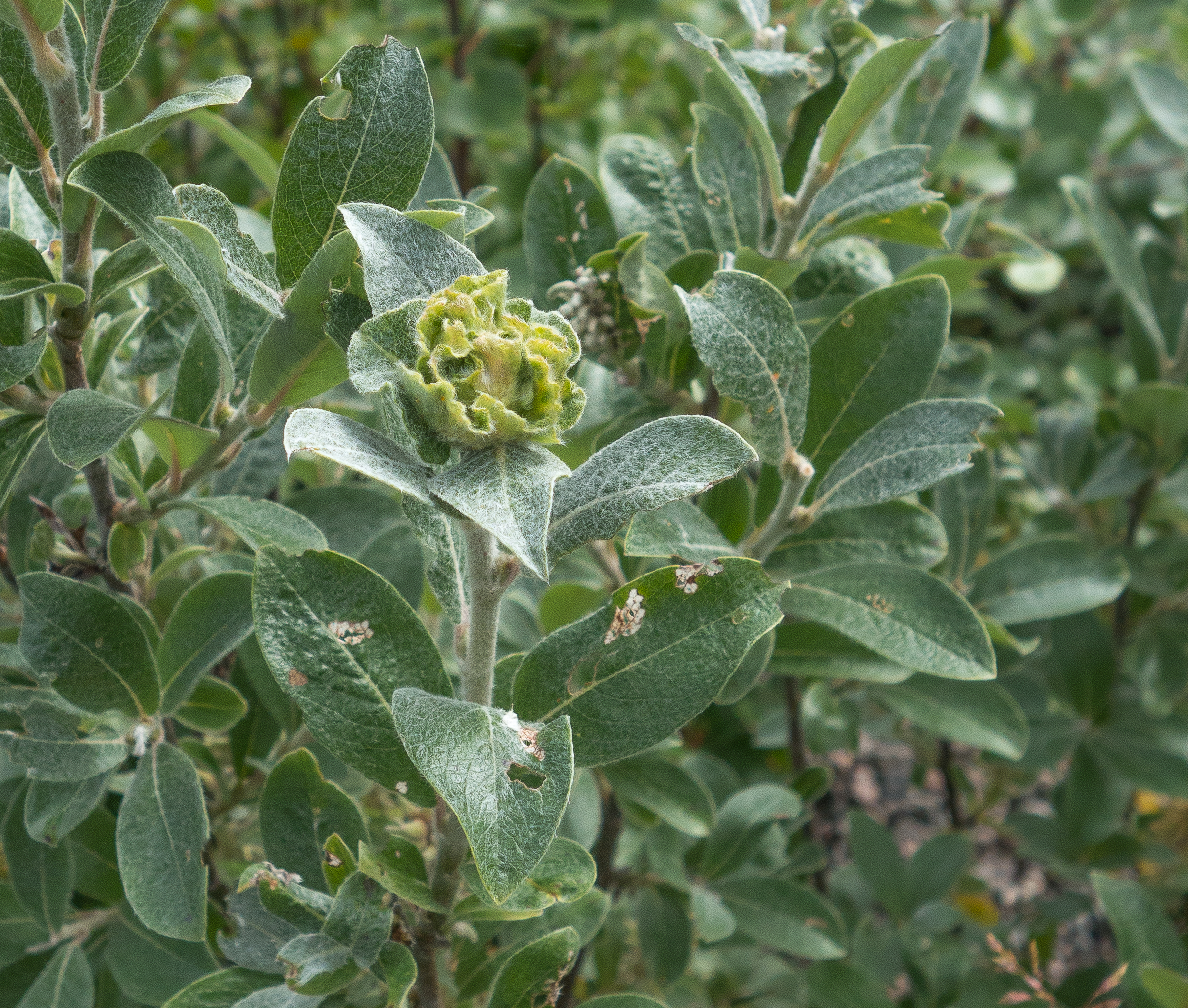 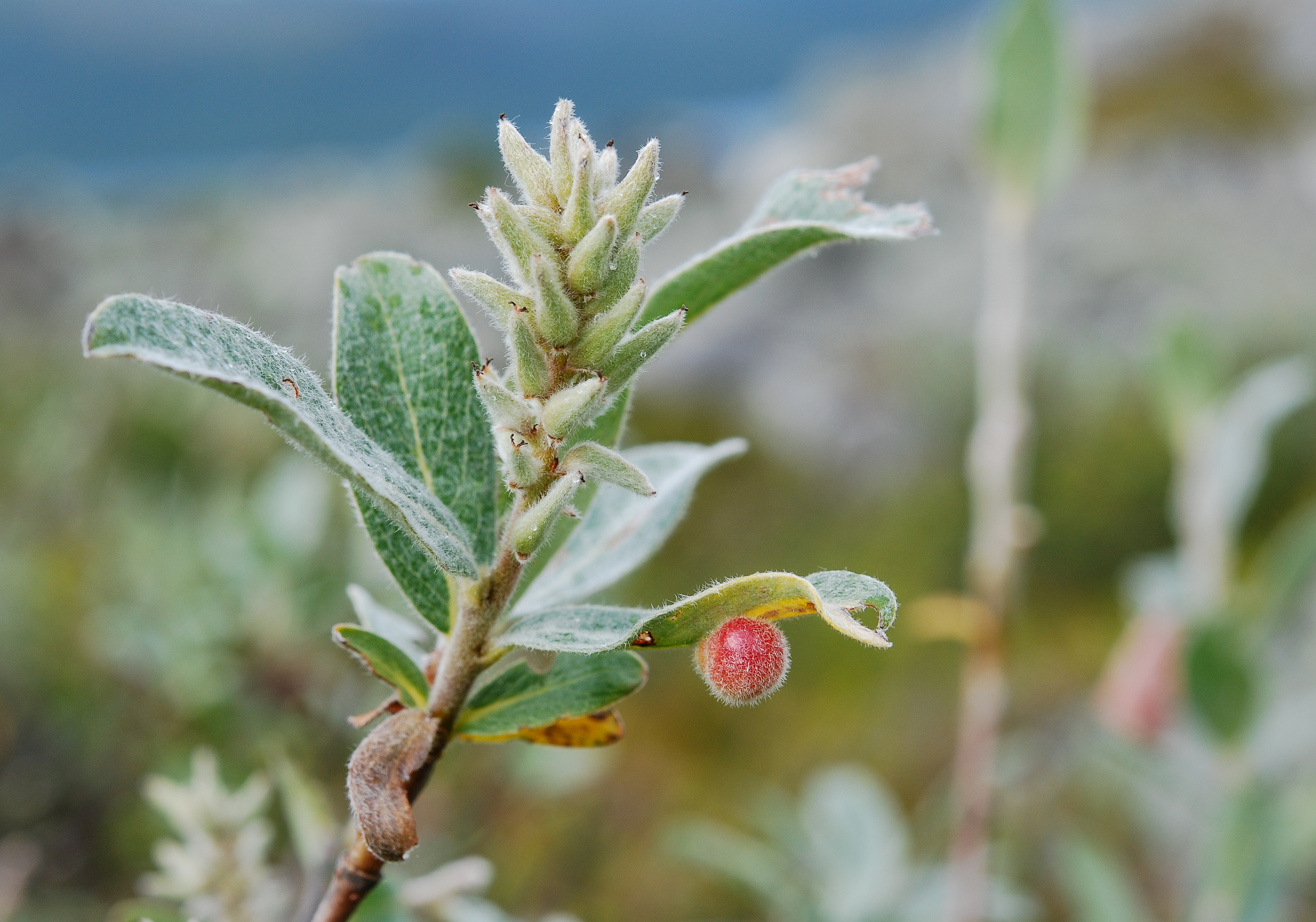 S. glauca often grows in intermixed stands with S. lapponum, S. lanata, and other willows, but has a tendency to prefer comparatively dry sites in forests or on fjell slopes. On the edge of proper tundra, S. glauca individuals can remain very low. The late flowering and fruiting period of S. glauca probably means that its pollinator community differs from those of other willow species, but the question has been studied little. S. glauca supports a diverse community of lepidopteran, coleopteran, and hymenopteran herbivores, and the guilds include external leaf feeders, leaf miners, gall inducers, and catkin feeders. The strong salicylate-based chemical defence of S. glauca deters feeding by generalist herbivores, but makes it preferred food for the larvae of the leaf beetle Chrysomela lapponica, which uses the plant phenolics in its own defence against predators.