Salix cinerea L. is a large shrub or small tree with robust shoots that are covered in dense, grey pubescence. It can be separated from the generally smaller and more delicate S. aurita based on the thicker shoots and longer, flatter leaves. S. cinerea grows in relatively nutrient-rich sites, such as lake shorelines and cultivated or abandoned fields. The species is distributed from Central Europe to the central parts of Siberia. In Fennoscandia, the northern distibution limit of S. cinerea roughly follows the Arctic Circle. 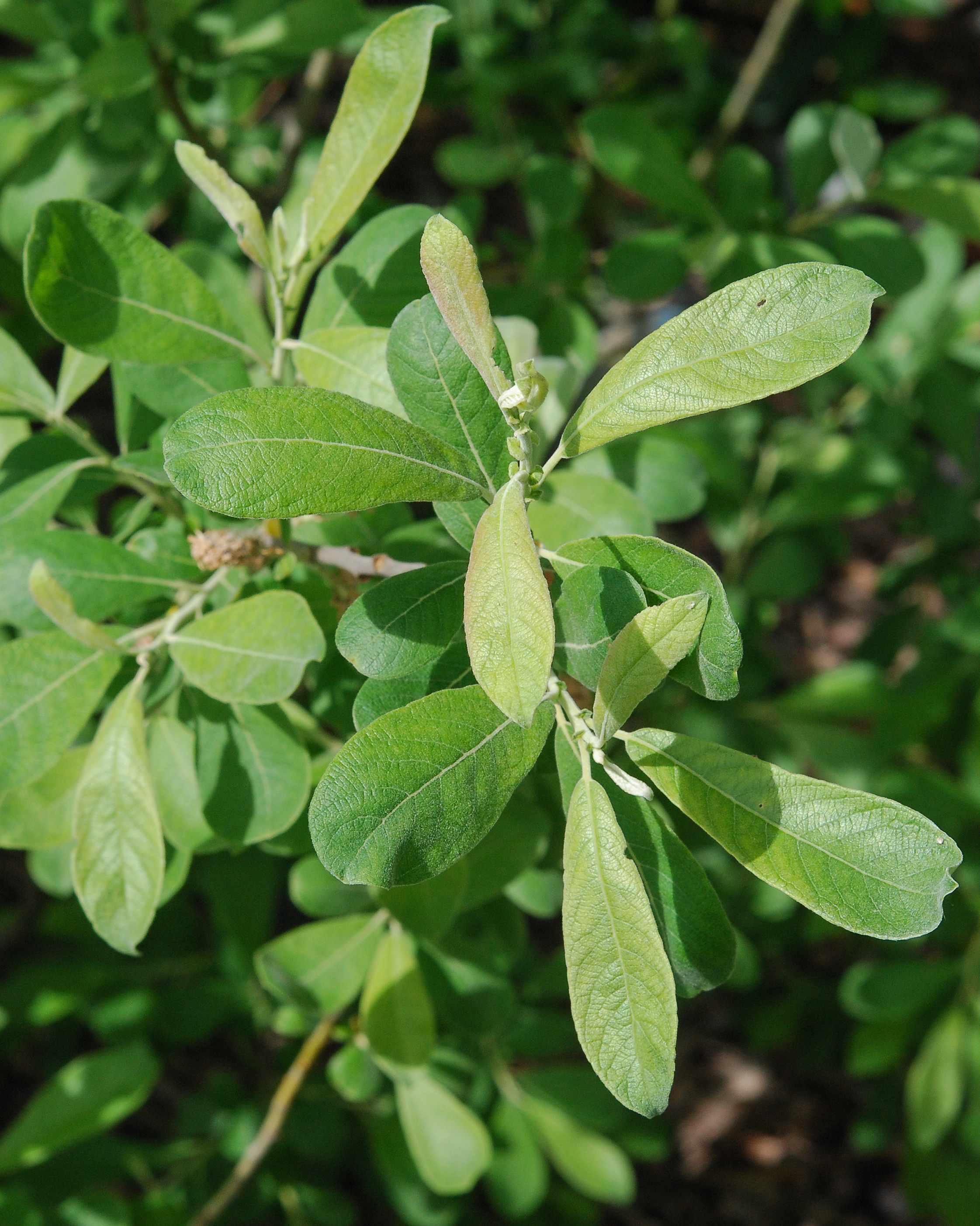 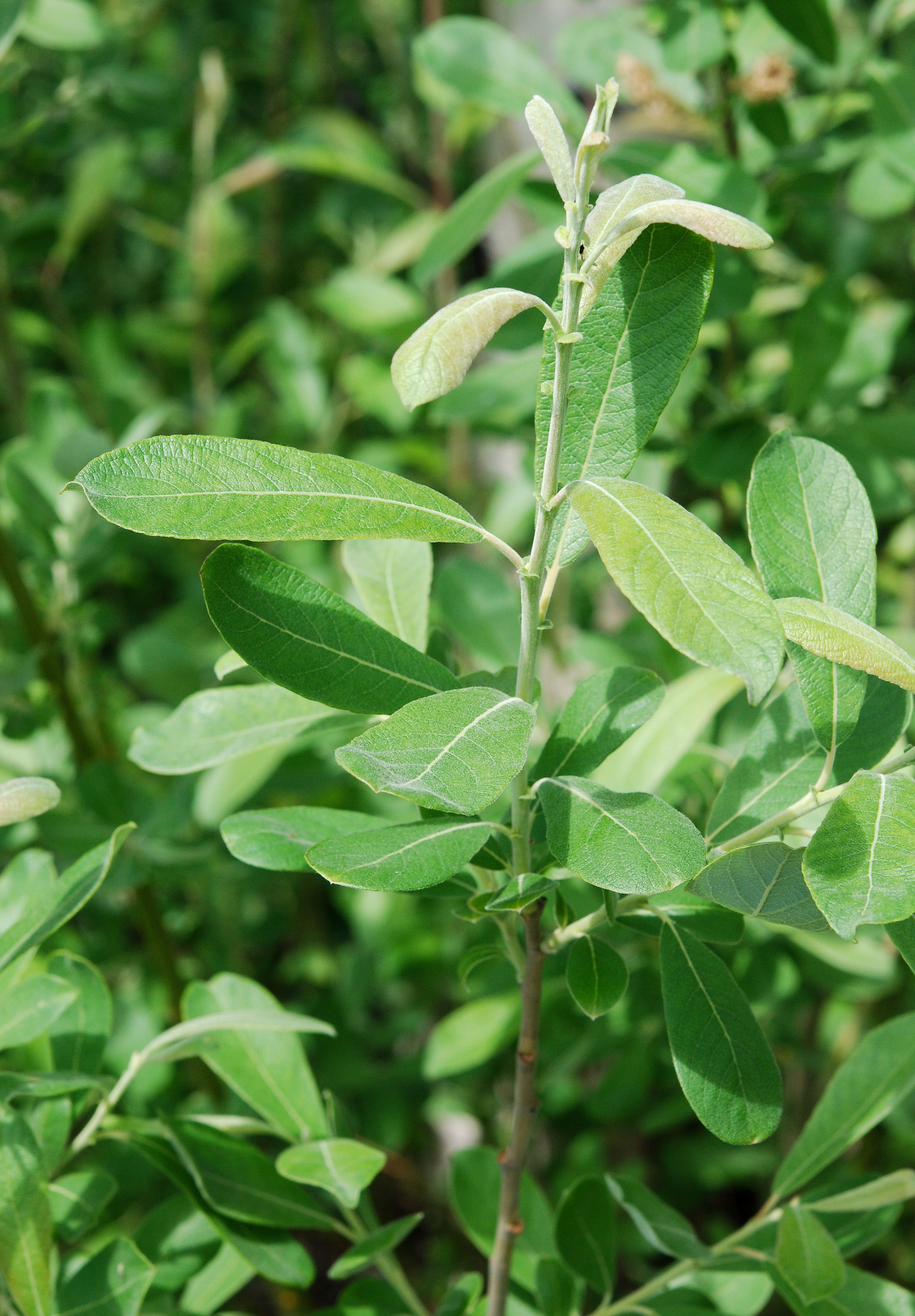 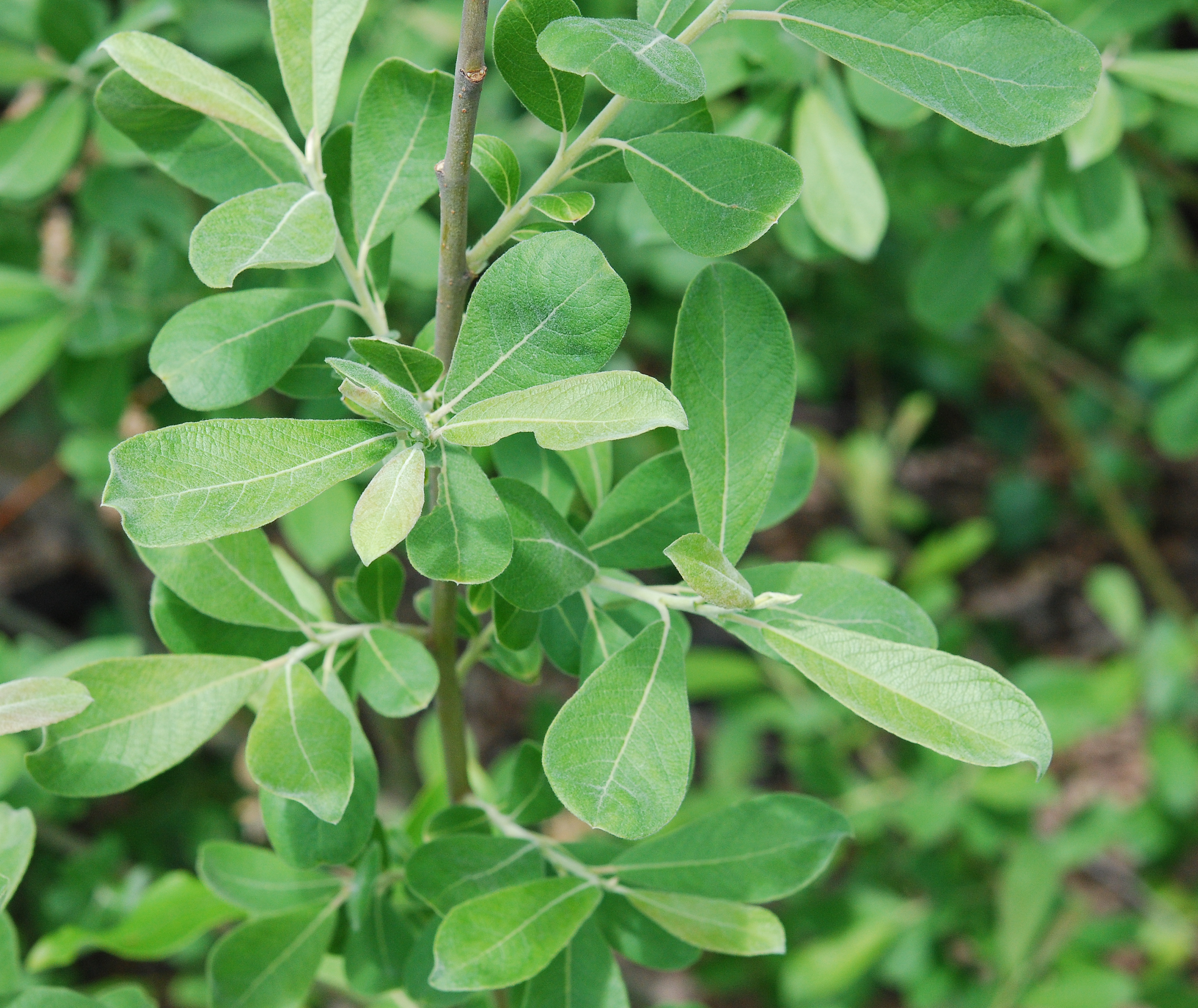 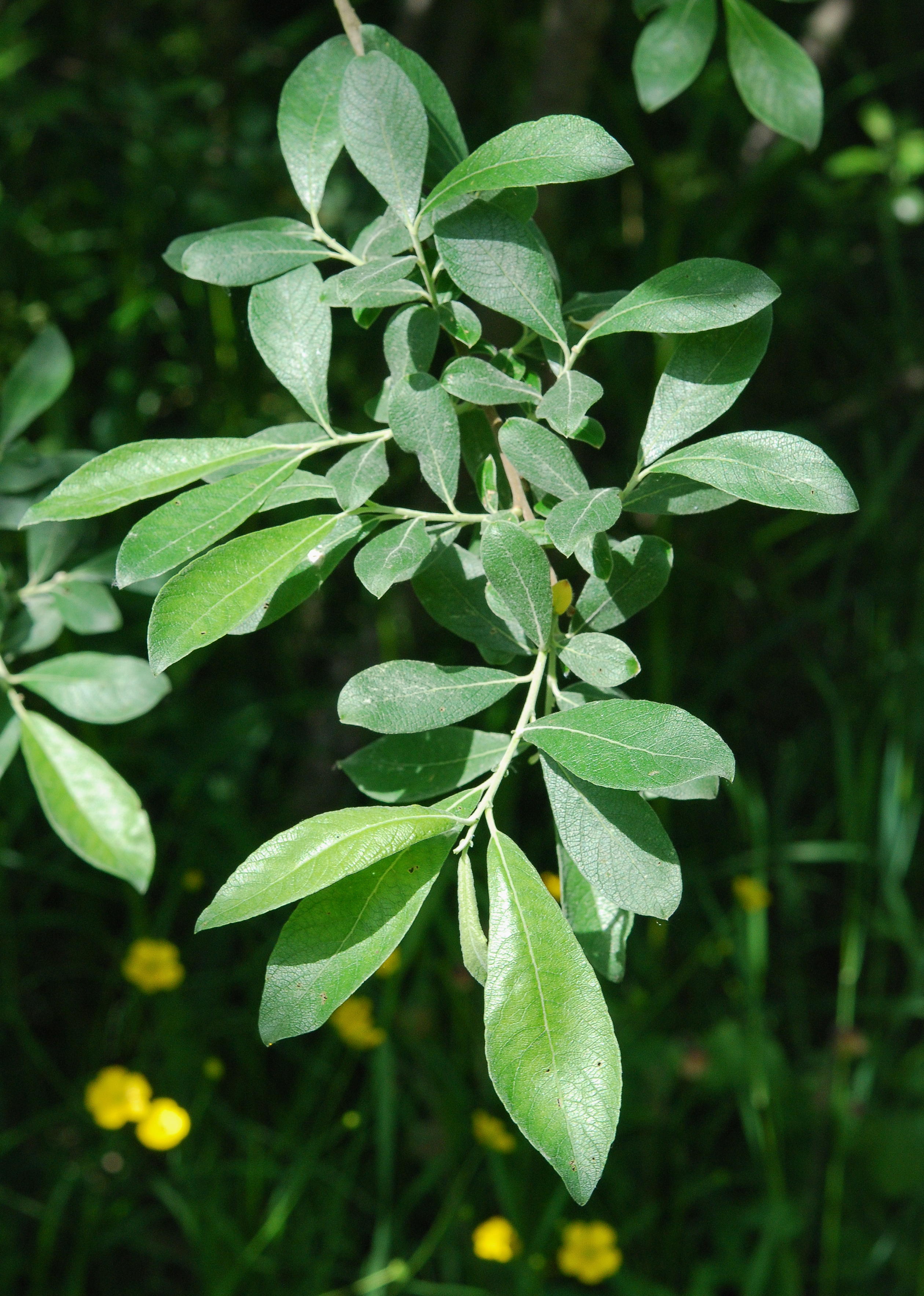 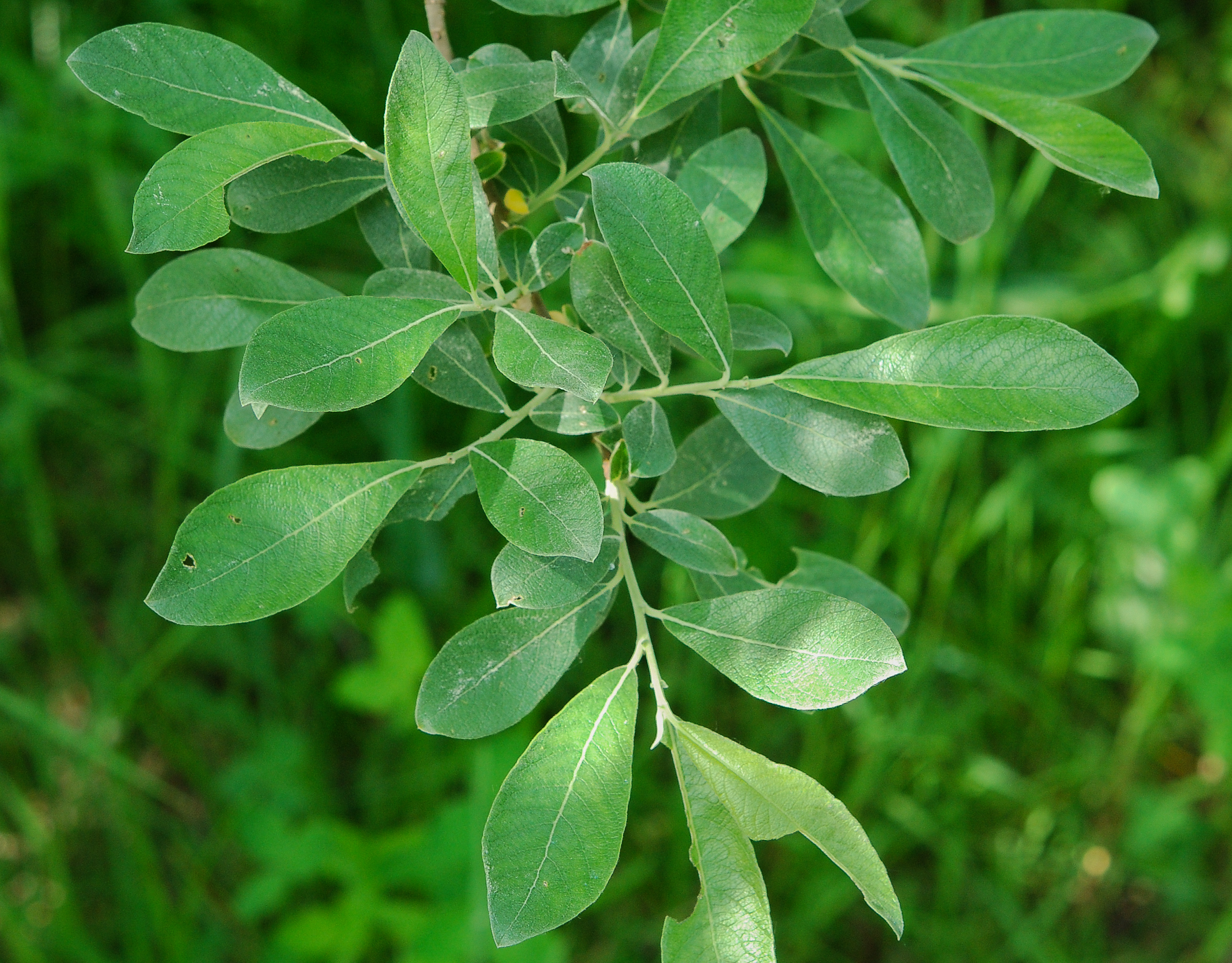 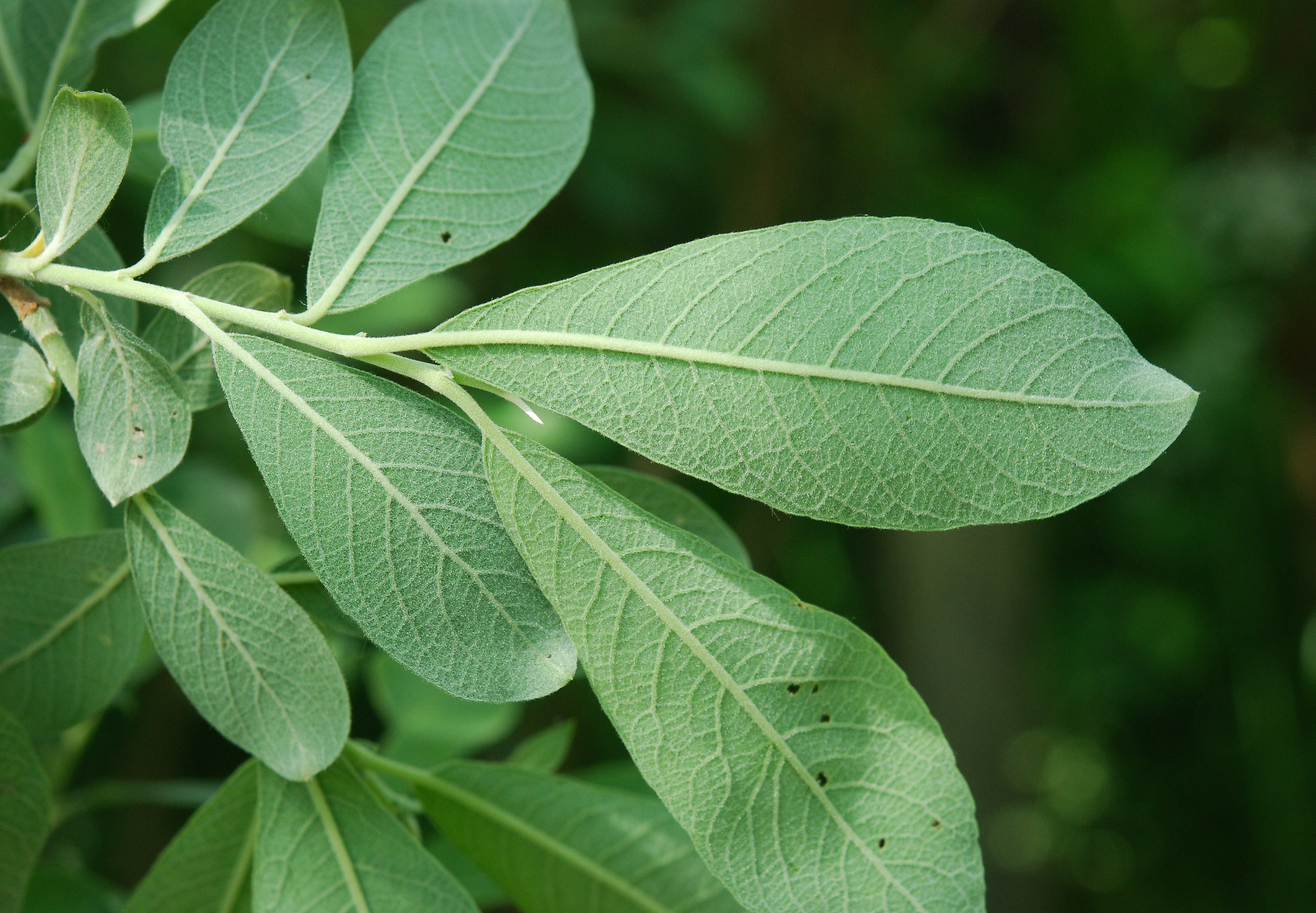 Leaves of S. cinerea are elongated, and the widest part is near the rounded tip. The leaves are hairy on both sides and relatively flat (without veins being sunken into or elevated from the surface). The edge of the leaf may have rounded dentition, but is not curved downwards. The leaves have 10–15 pairs of main veins along the midrib (S. aurita has smaller and relatively shorter leaves with 7–9 pairs of veins).

S. cinerea usually grows as a large bush, but can grow to become a small tree to 4 meters in height. Current-year shoots are thick and covered by dense, pale grey pubescence. Buds are large and surrounded by round serrated stipules. 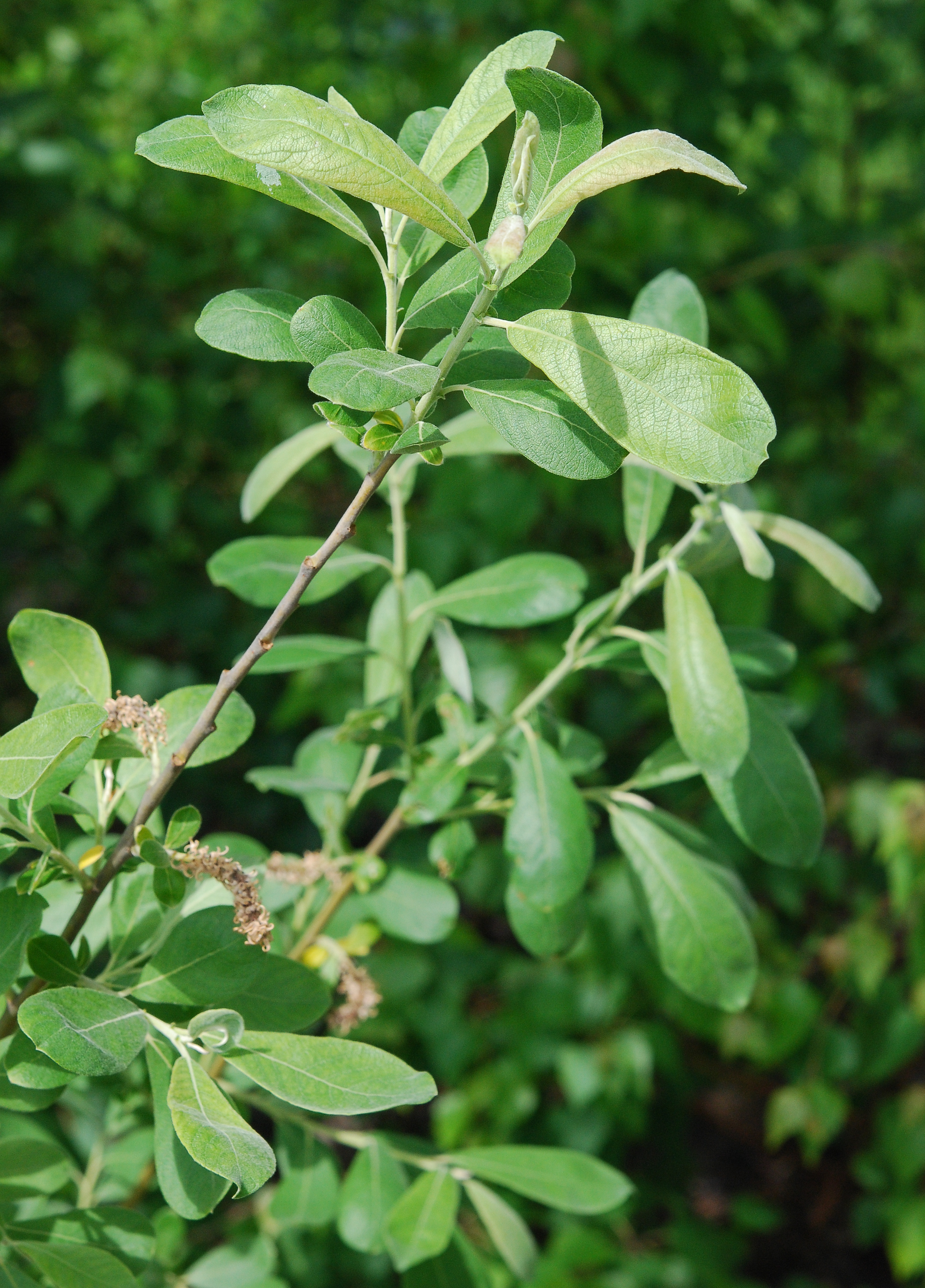 S. cinerea flowers before leafburst, so the inflorescences are supported by very short stalks. Bracts are dark brown with a black tip.

Capsules on mature catkins are long, thin and pubescent, and are sparsely arranged around the central axis. 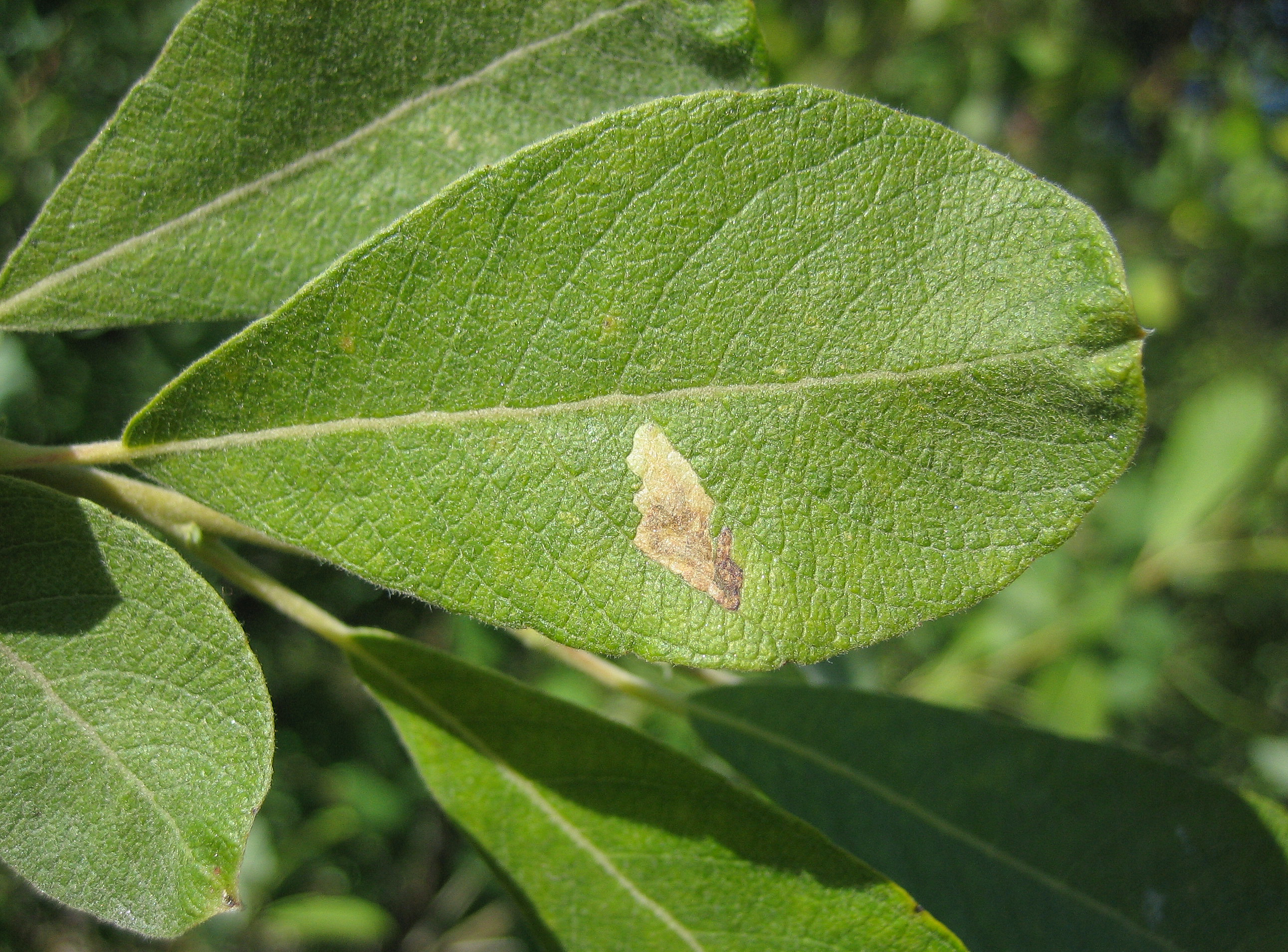 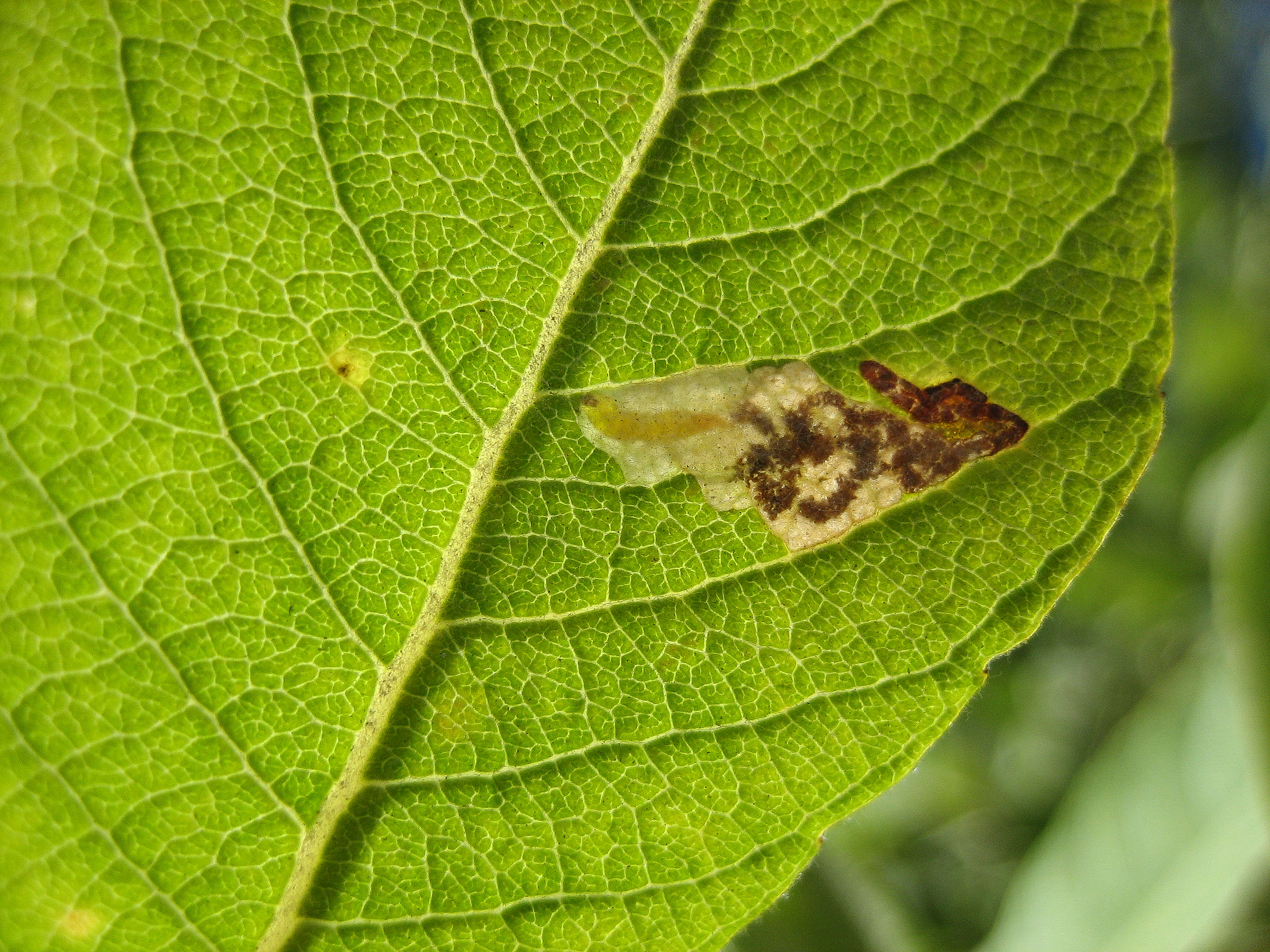 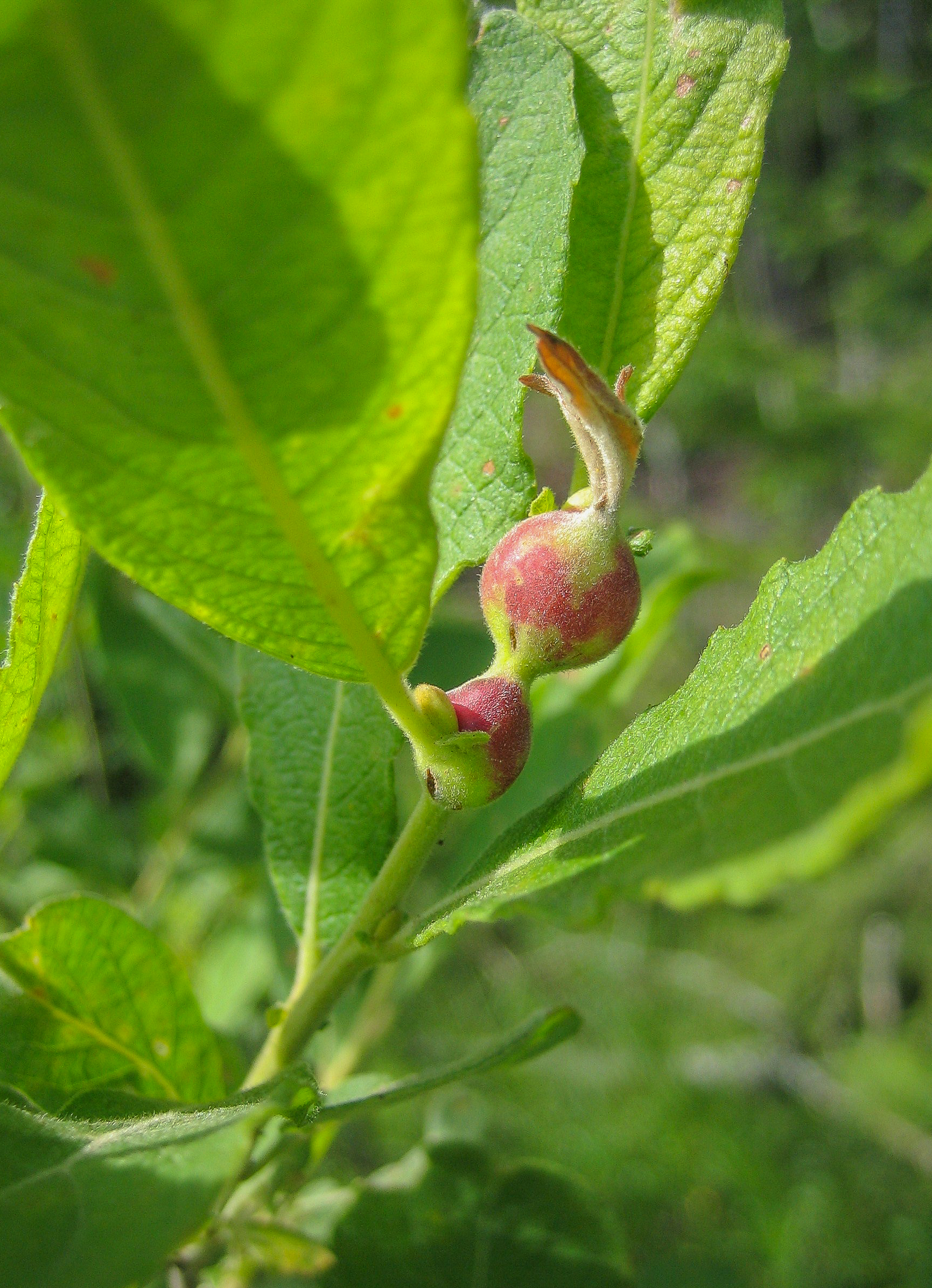 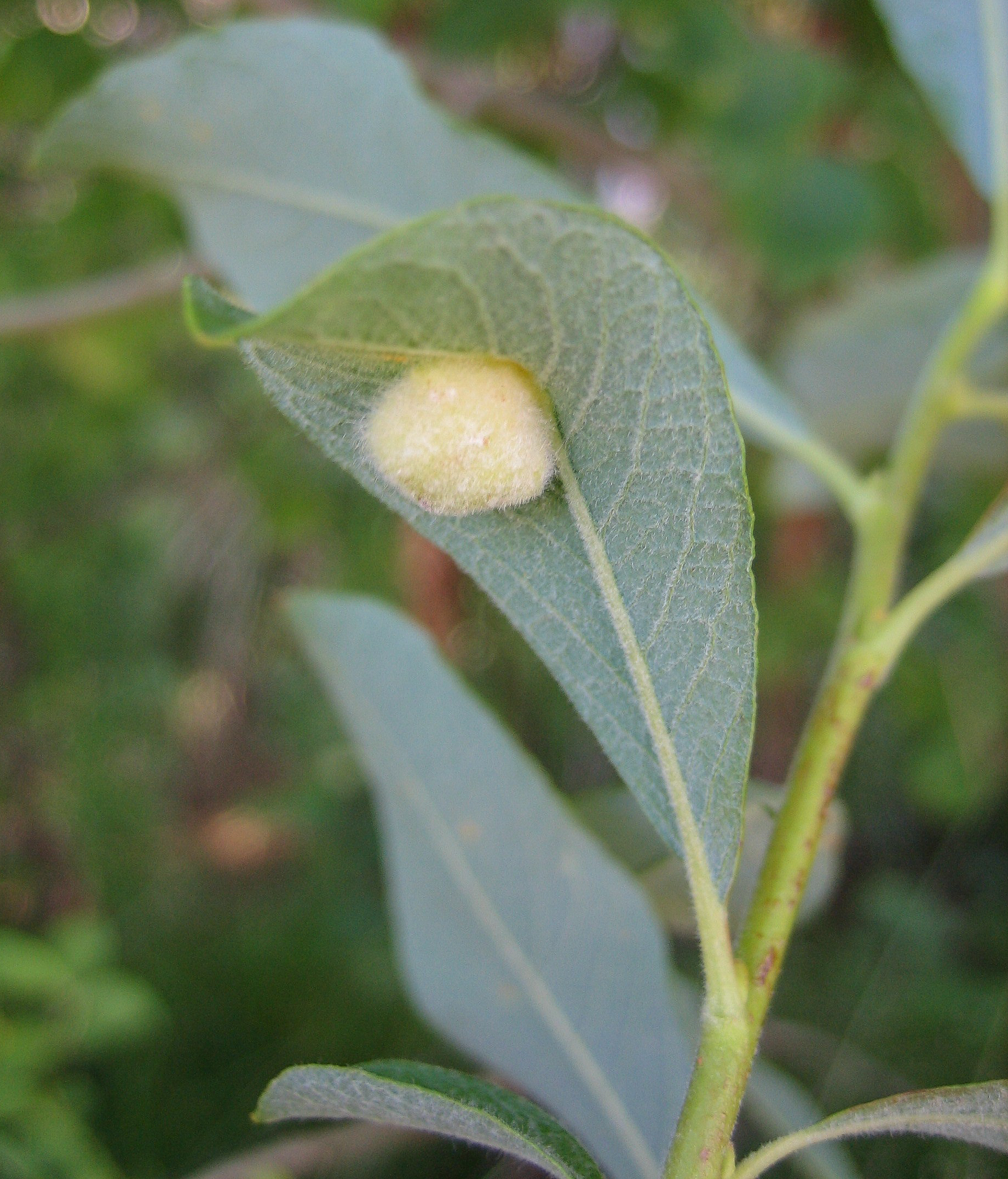 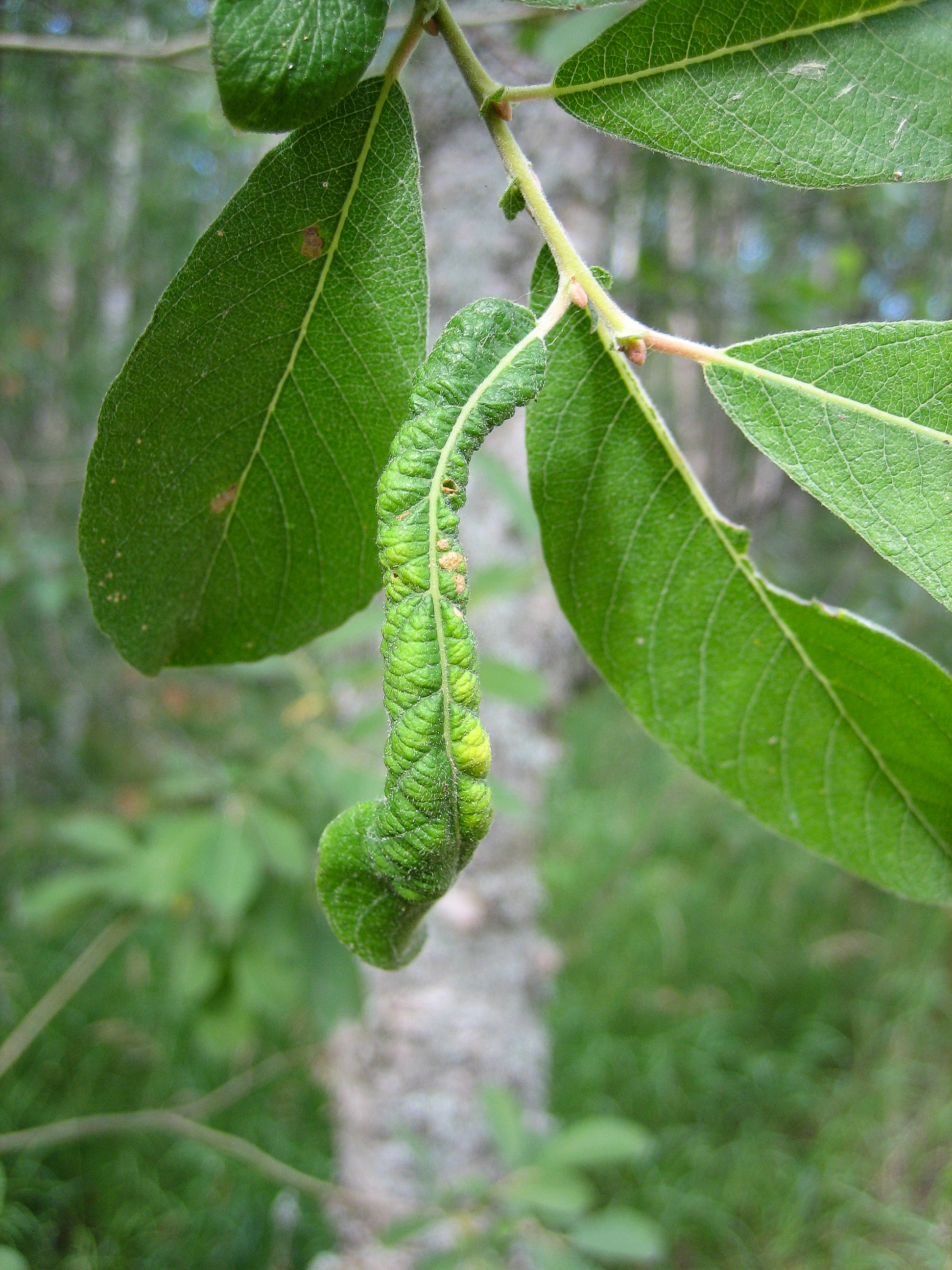 S. cinerea is utilized as food by numerous different hymenopteran, lepidopteran, and coleopteran herbivores. Several species of nematine sawflies and cecidomyiid midges induce galls on leaves or shoots. Detailed knowledge on the composition of herbivores and pollinators associated with S. cinerea is, however, lacking.