Salix myrsinifolia Salisb. is very variable in size, and can grow to become a small tree up to circa 5 metres in height. The species is distributed widely across Eurasia, and is common in most habitat types in northern Europe. S. myrsinifolia leaves contain high concentrations of different salicylates (phenolic defensive chemicals), so the leaves taste quite strong; in the field, the strong taste can be used as an additional character for separating the species from the mild-tasting S.phylicifolia 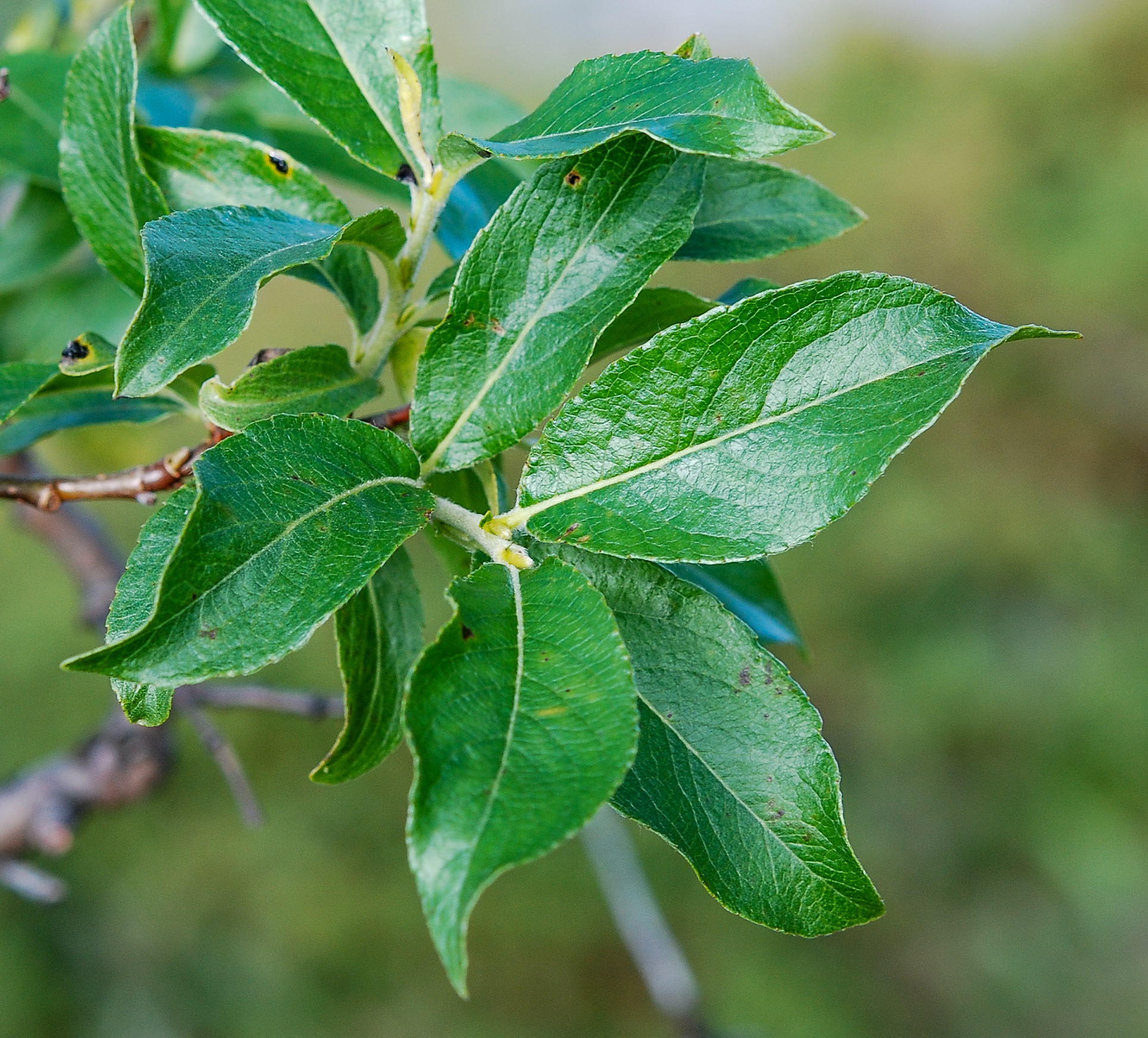 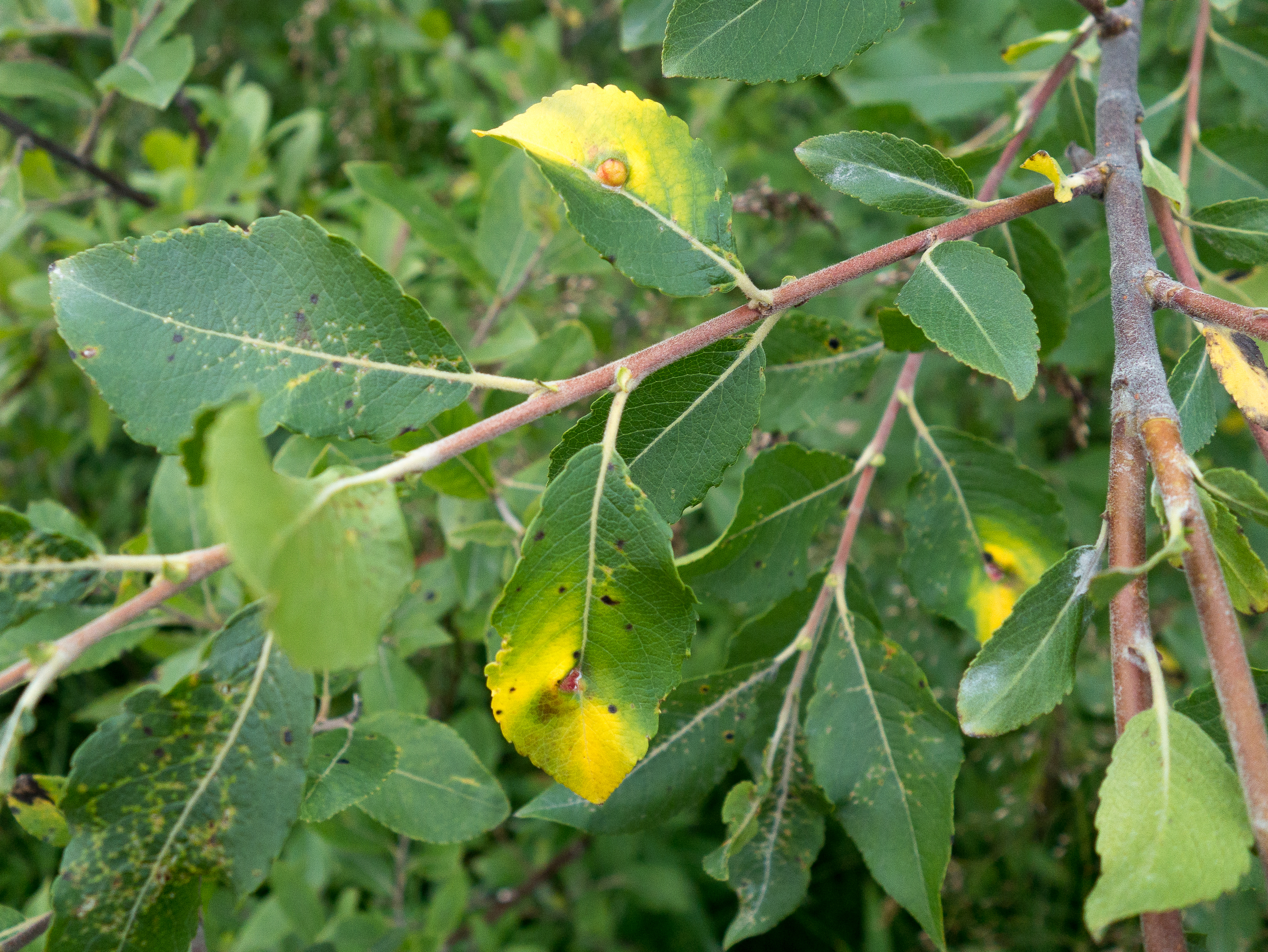 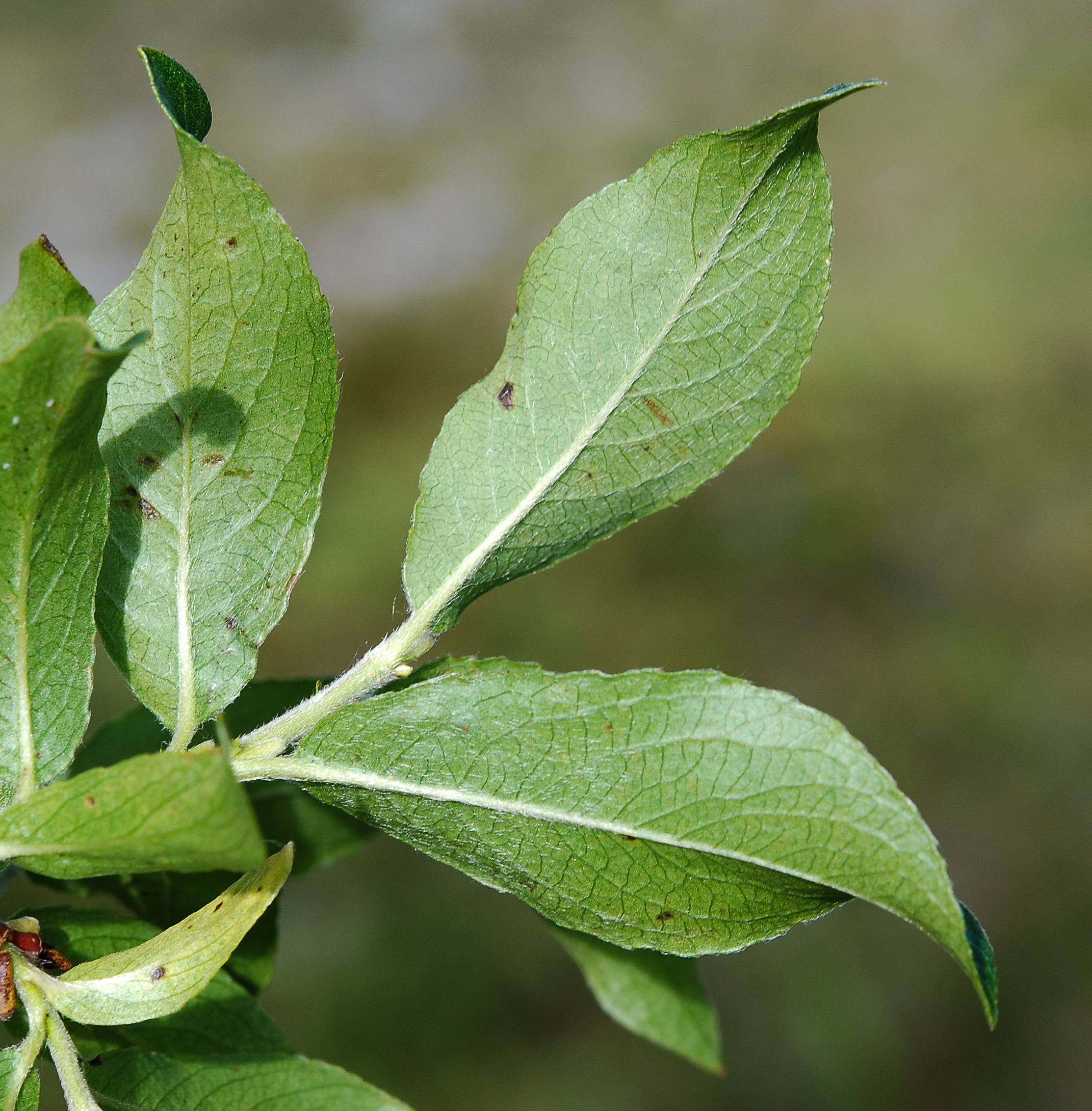 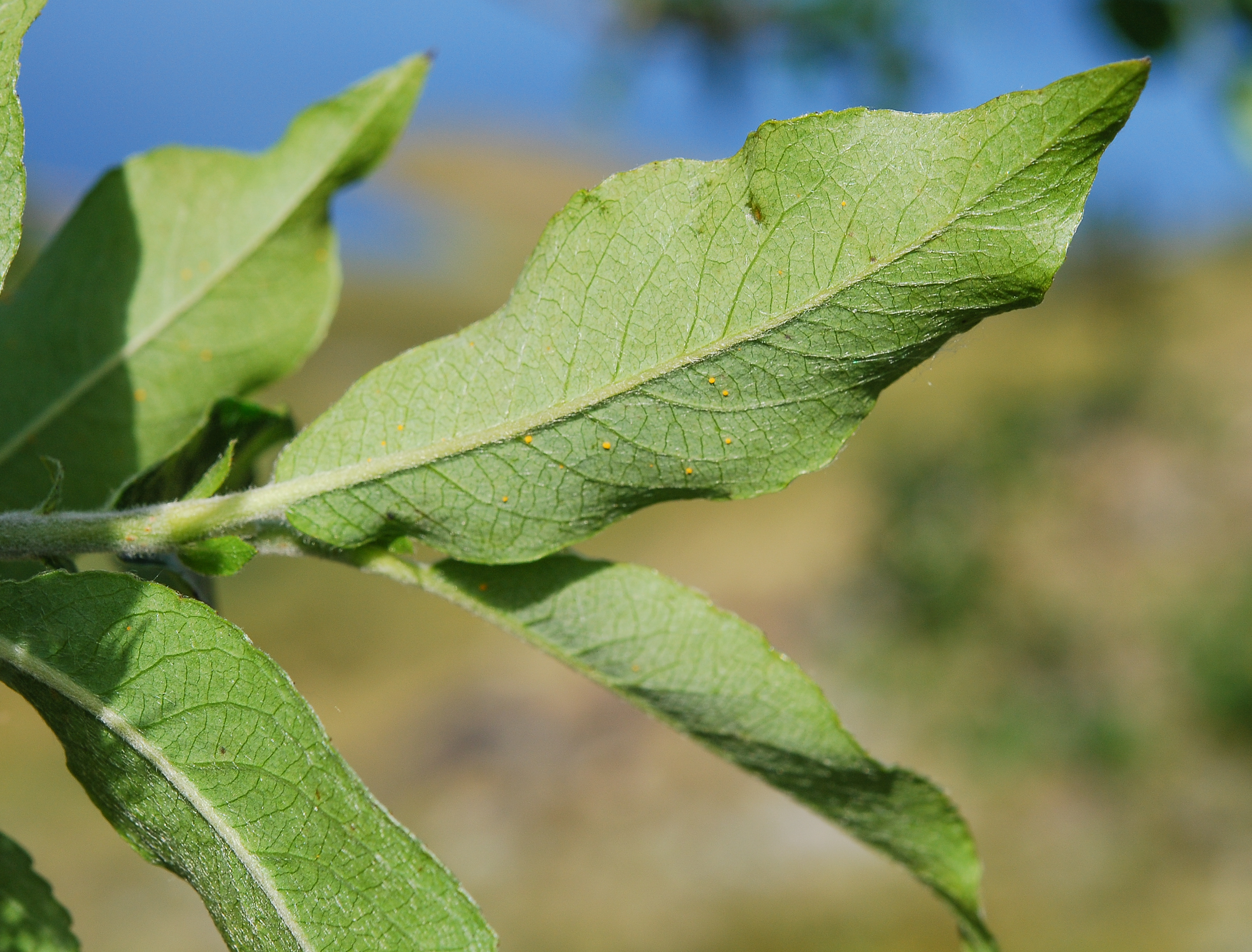 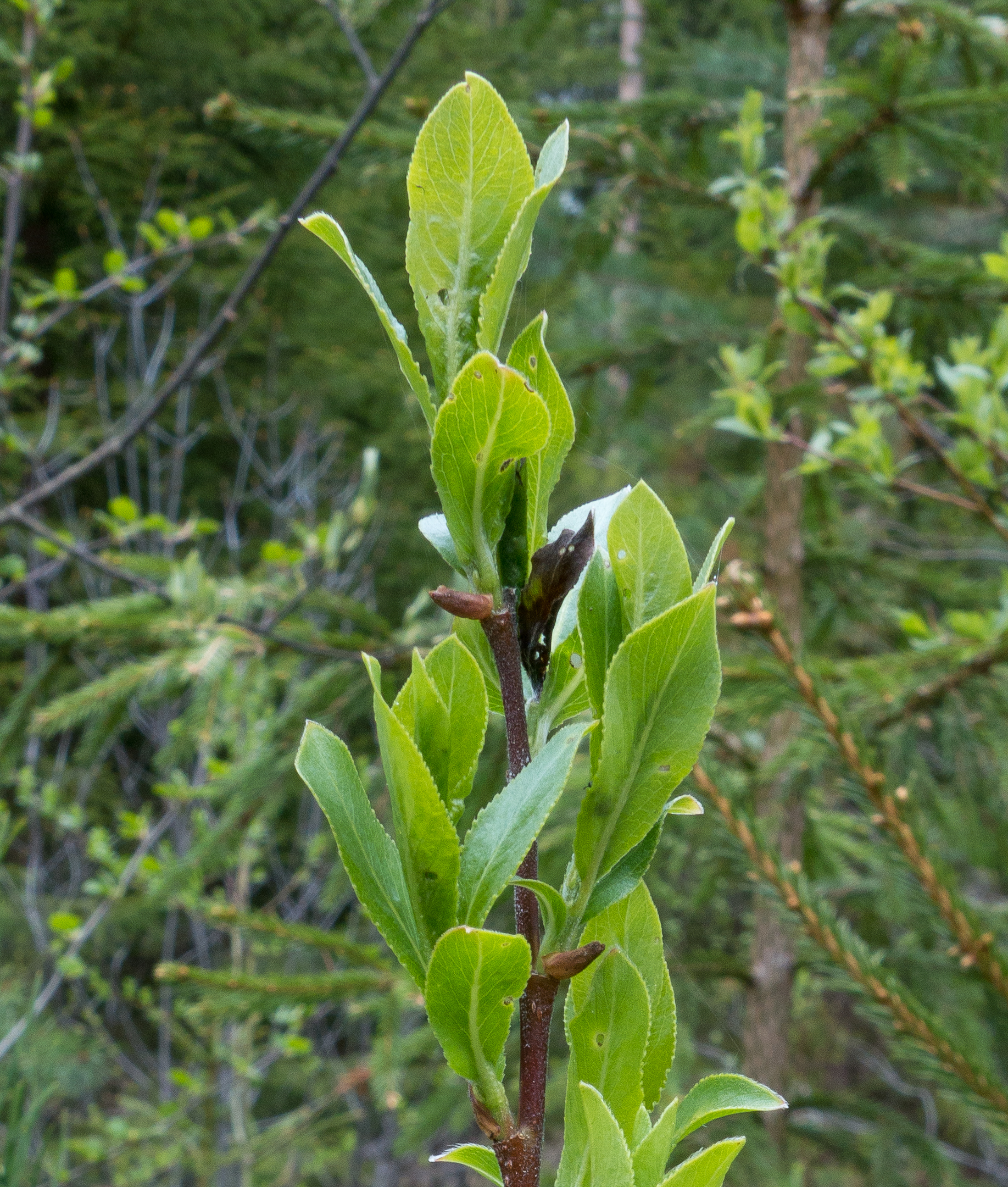 S. myrsinifolia leaves are typically dark matte green above and green below. The midrib and leaf veins on the lower surface are covered by thin hairs. The green or dark brown current-year shoots are hairy, and stipules are usually present at petiole bases. Buds are small.

In some individuals, the upper leaf surface can be rather shiny, and the lower surface greyish. However, as opposed to S. phylicifolia, at least the lowest leaves on shoots are green below even in these individuals, and shoots are hairy. Leaf shape and size can in some cases resemble those of S. caprea, but the pubescence on the lower surface of leaves is shorter and denser in S. caprea than in S. myrsinifolia. 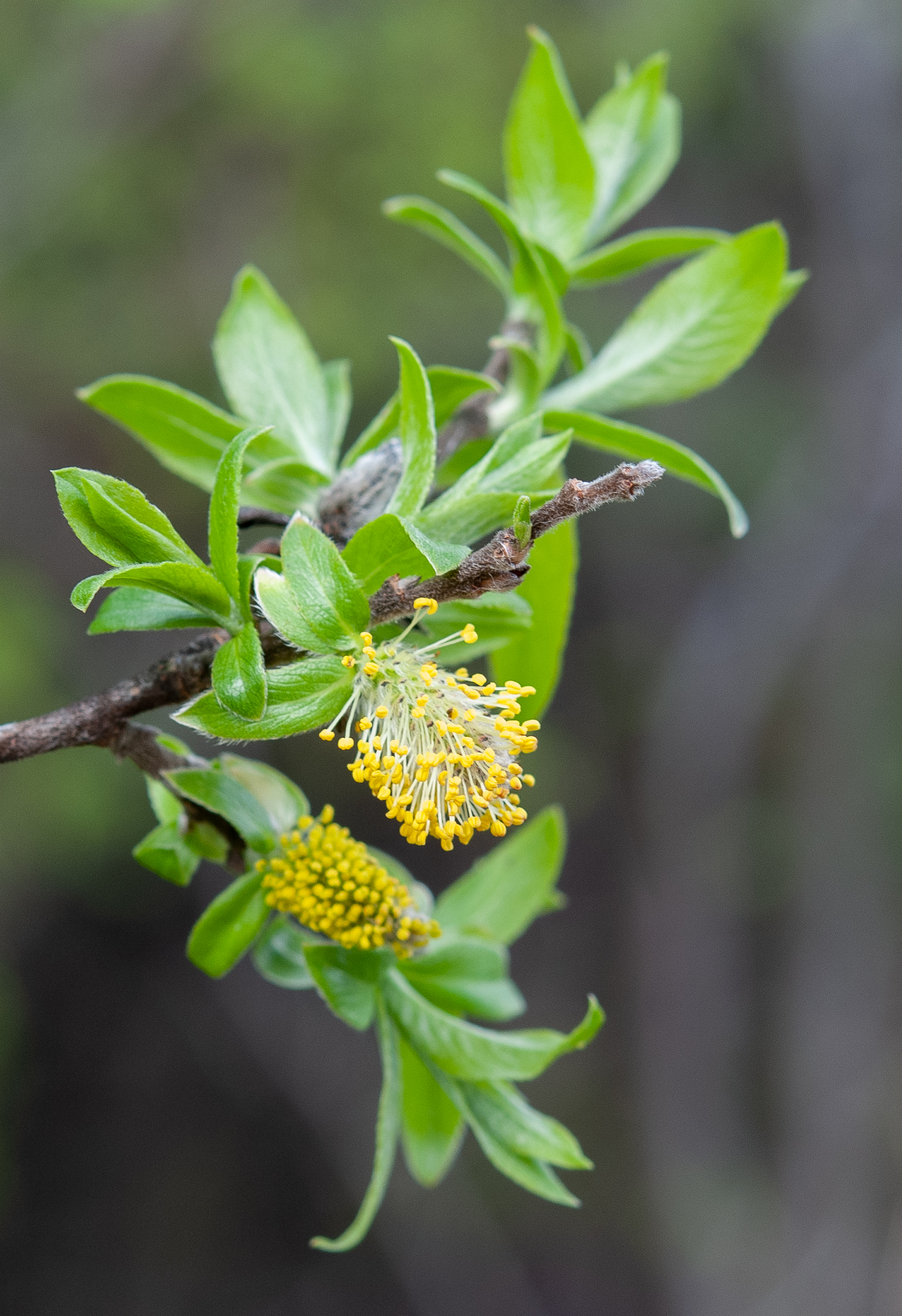 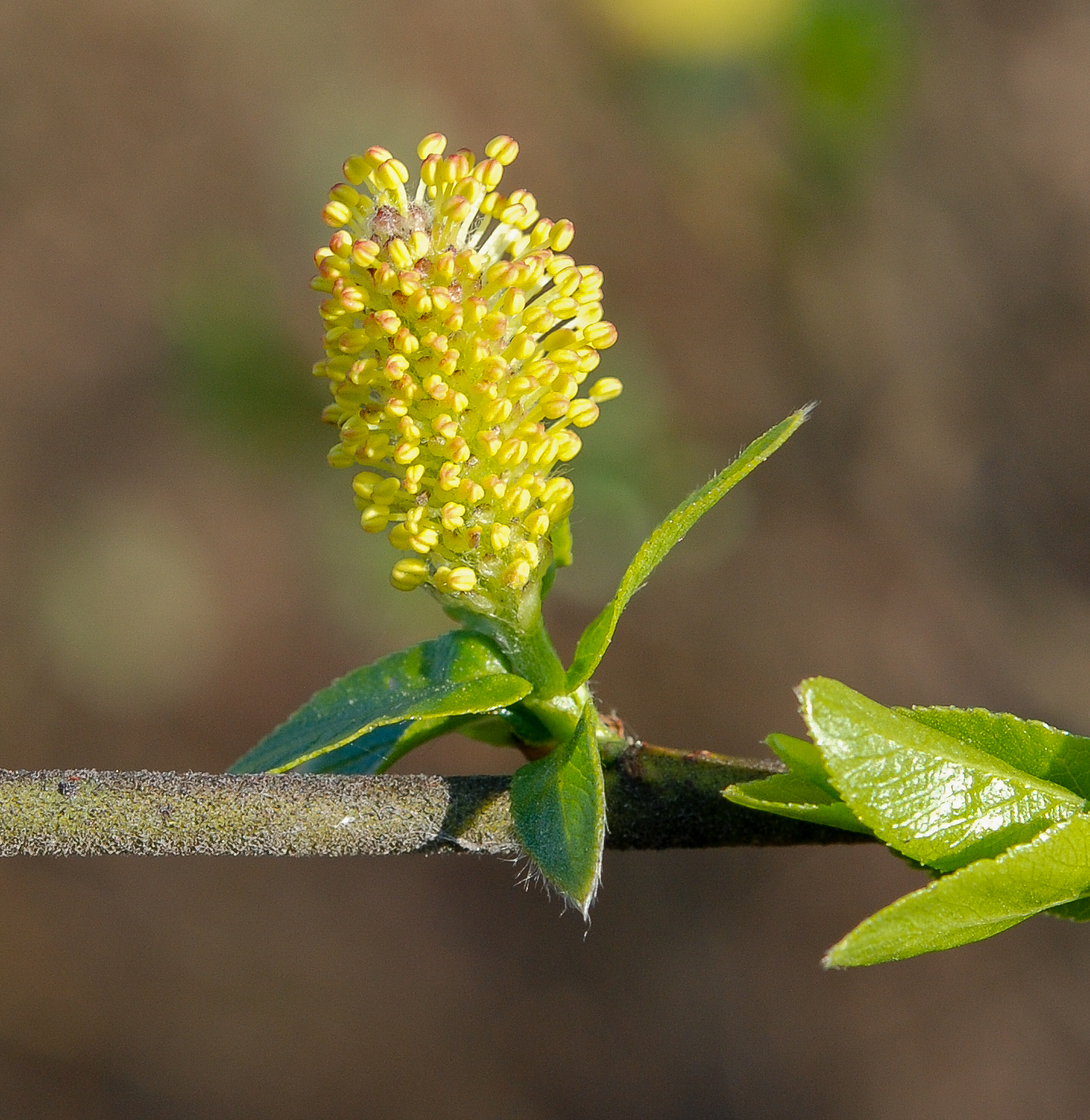 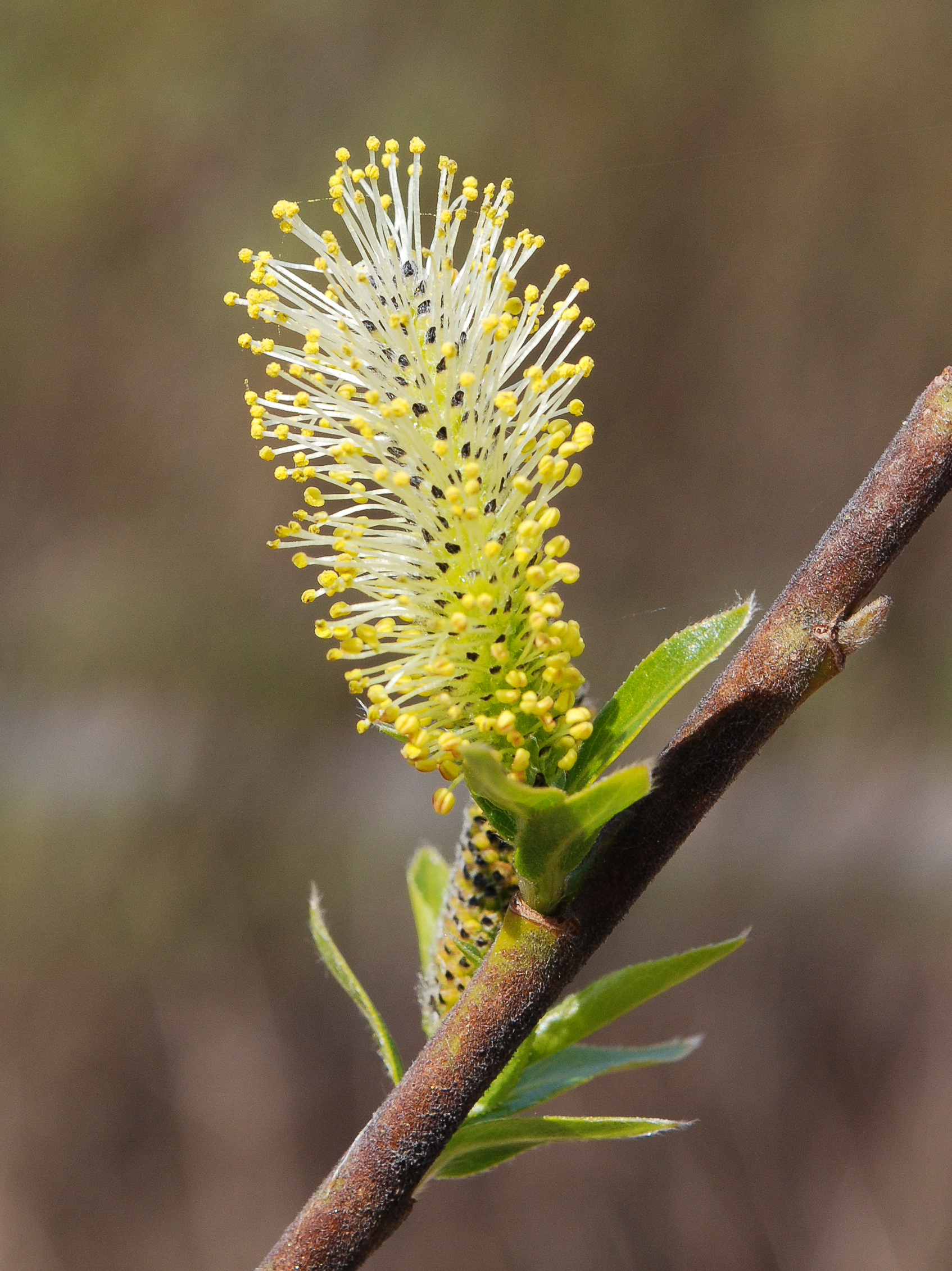 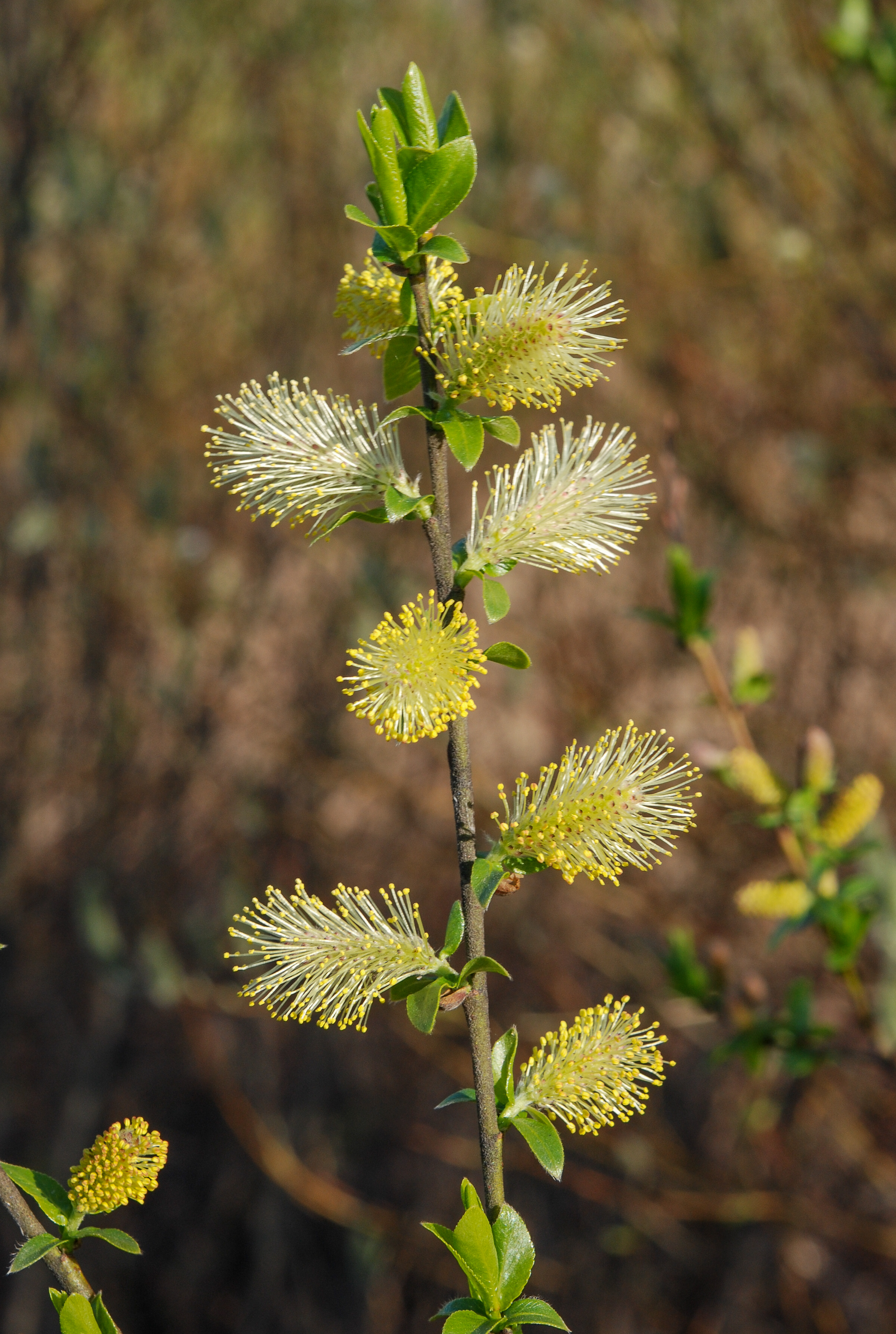 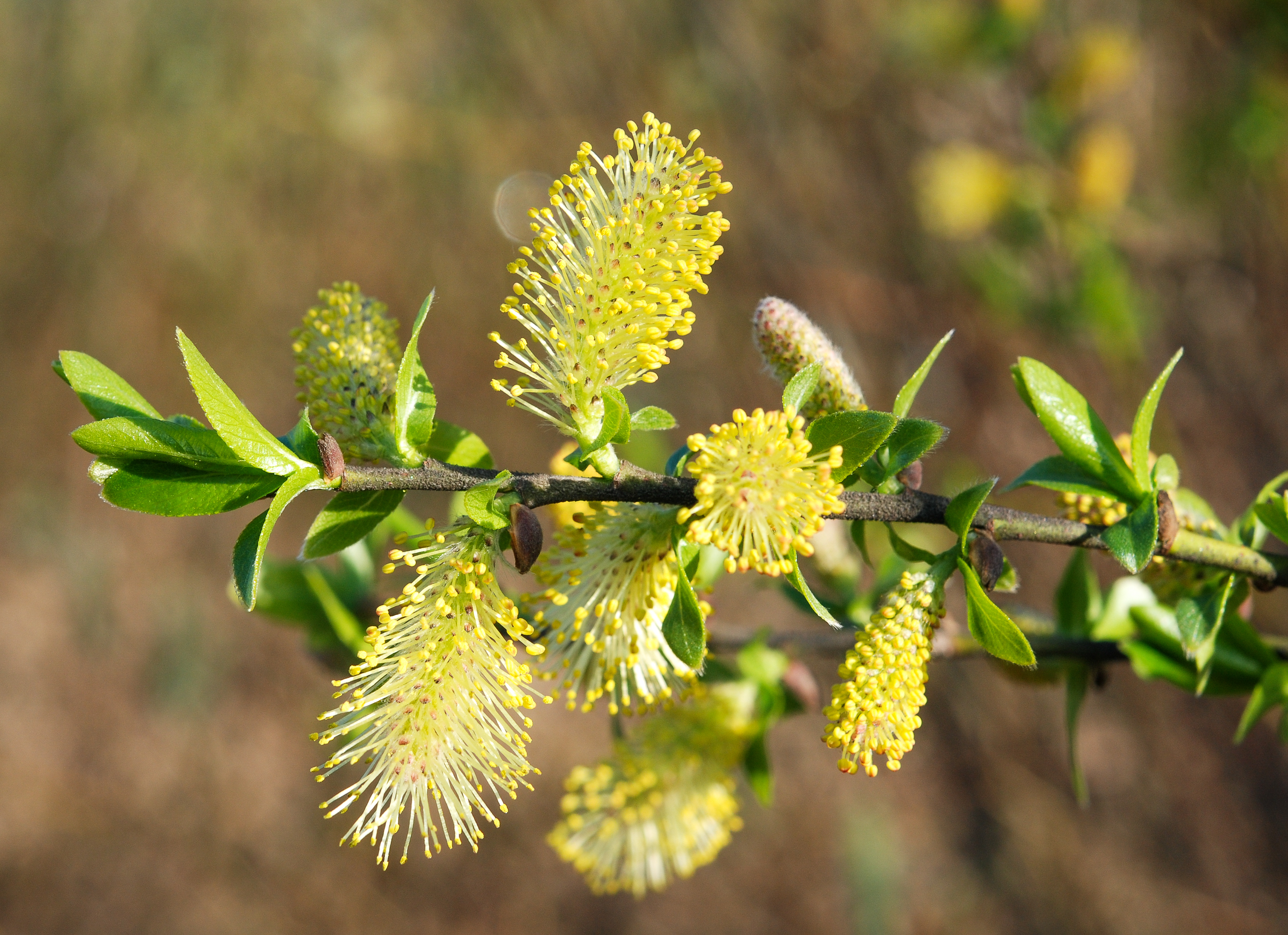 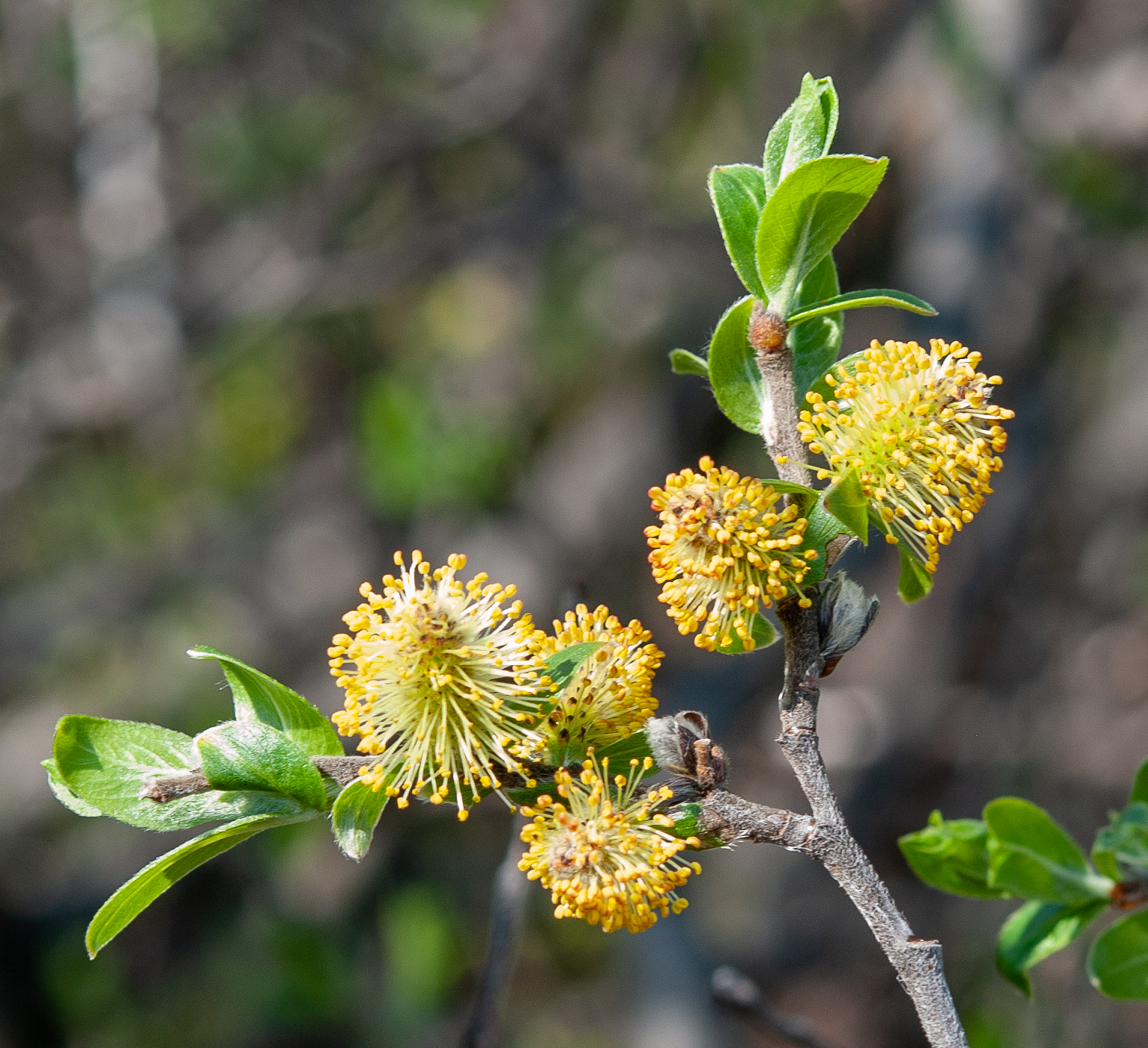 S. myrsinifolia has small flower buds, so it flowers roughly contemporaneously with leafburst, and distinctly later than for example S. phylicifolia and S. lapponum. Individual male flowers have yellow anthers and black bracts, and the inflorescences are supported by a stalk with a few medium-sized leaves. 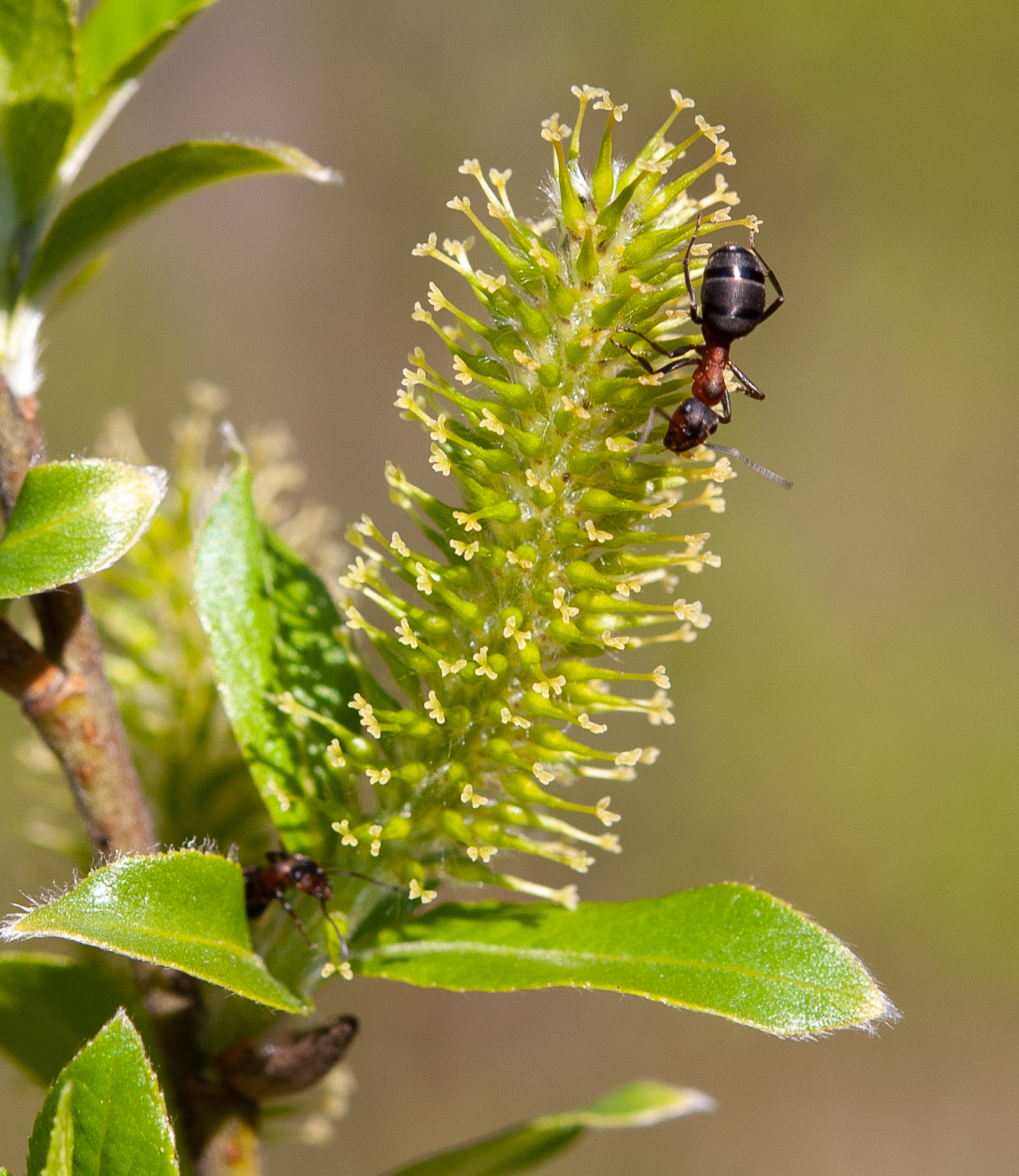 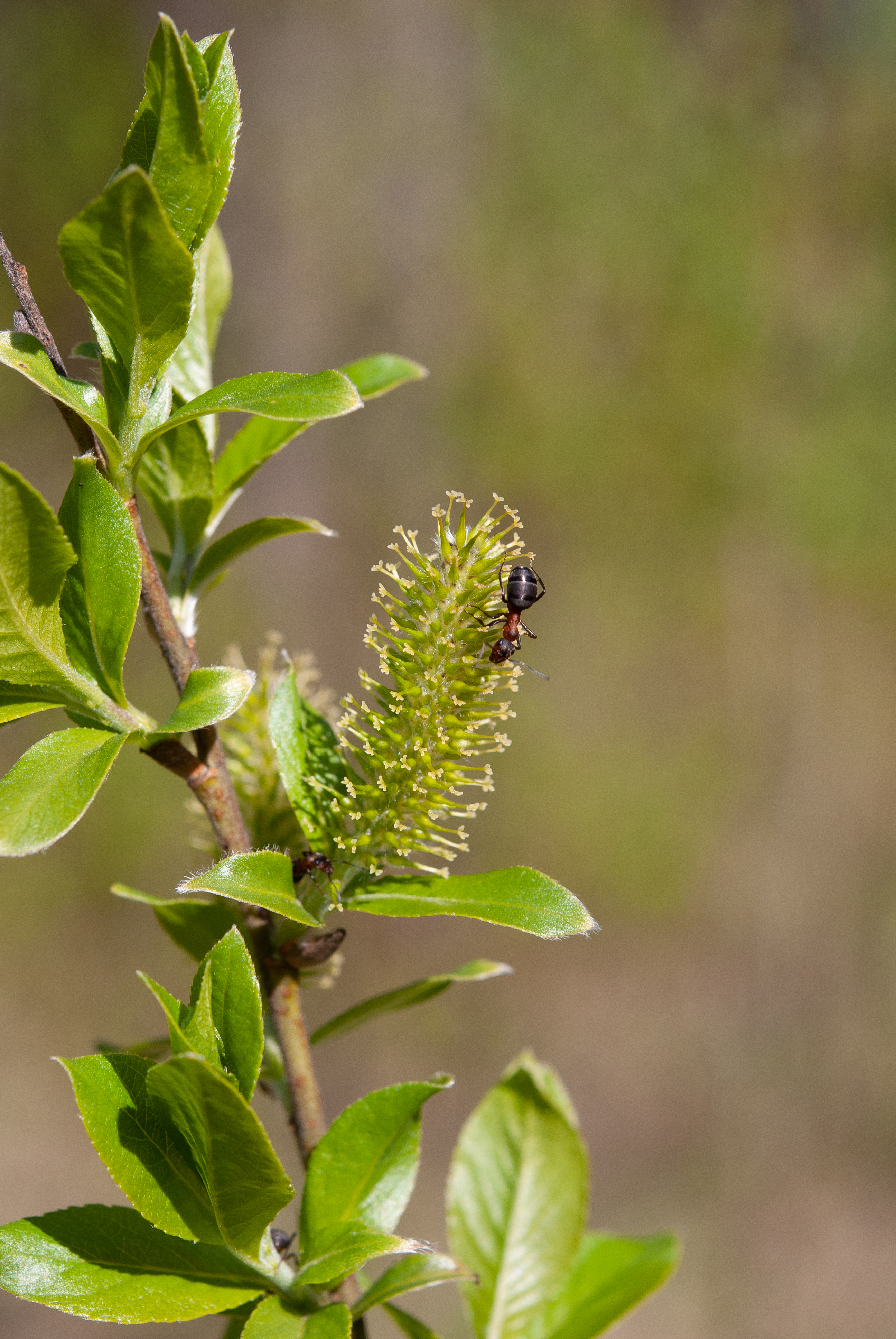 S. myrsinifolia females flower on average slighly later than do the males, and inflorescences develop contemporaneously with opening leaves. Bracts have dark tips and stigmas are greenish. Inflorescence stalks are relatively long, and have a few medium-sized leaves. 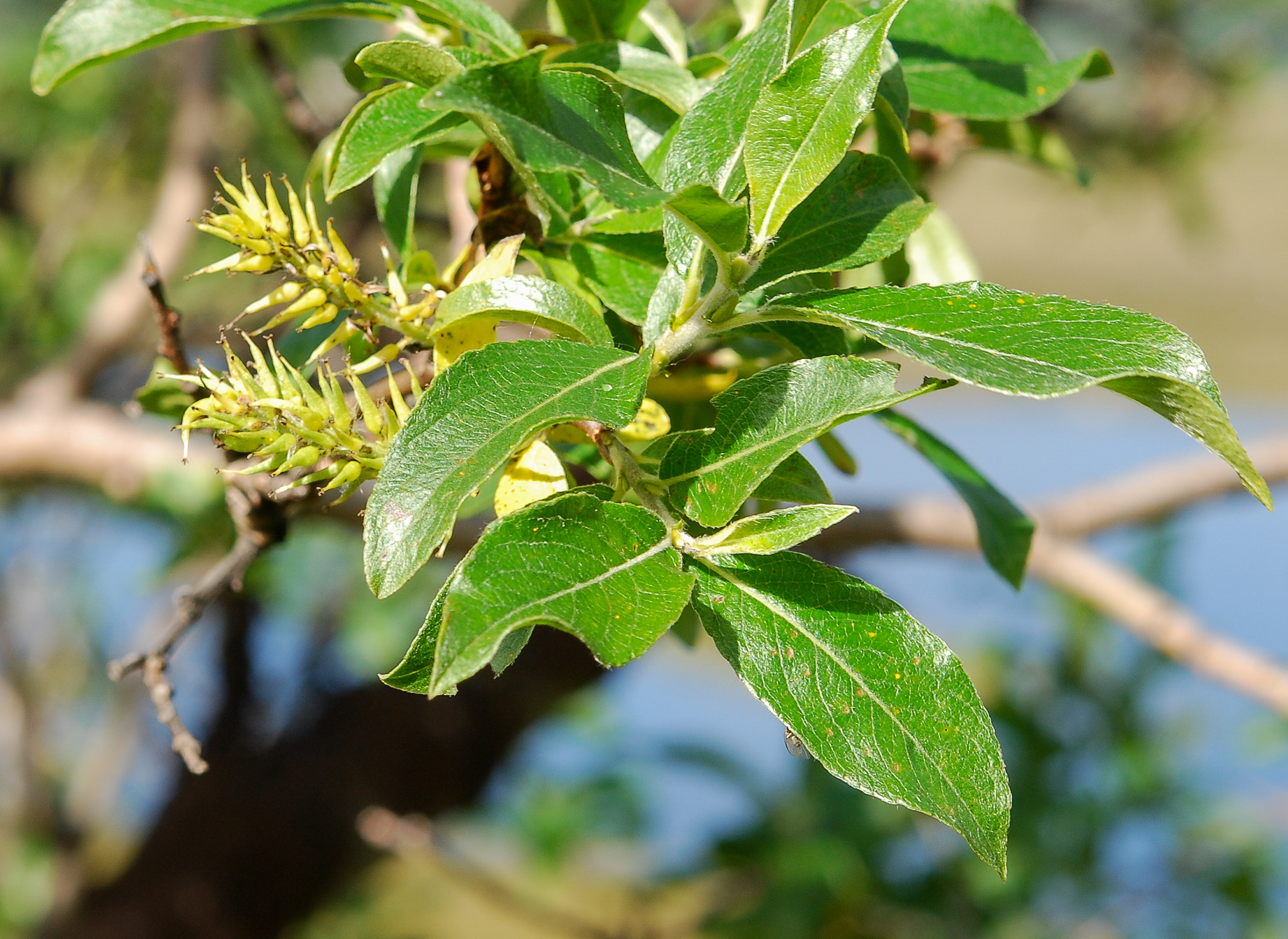 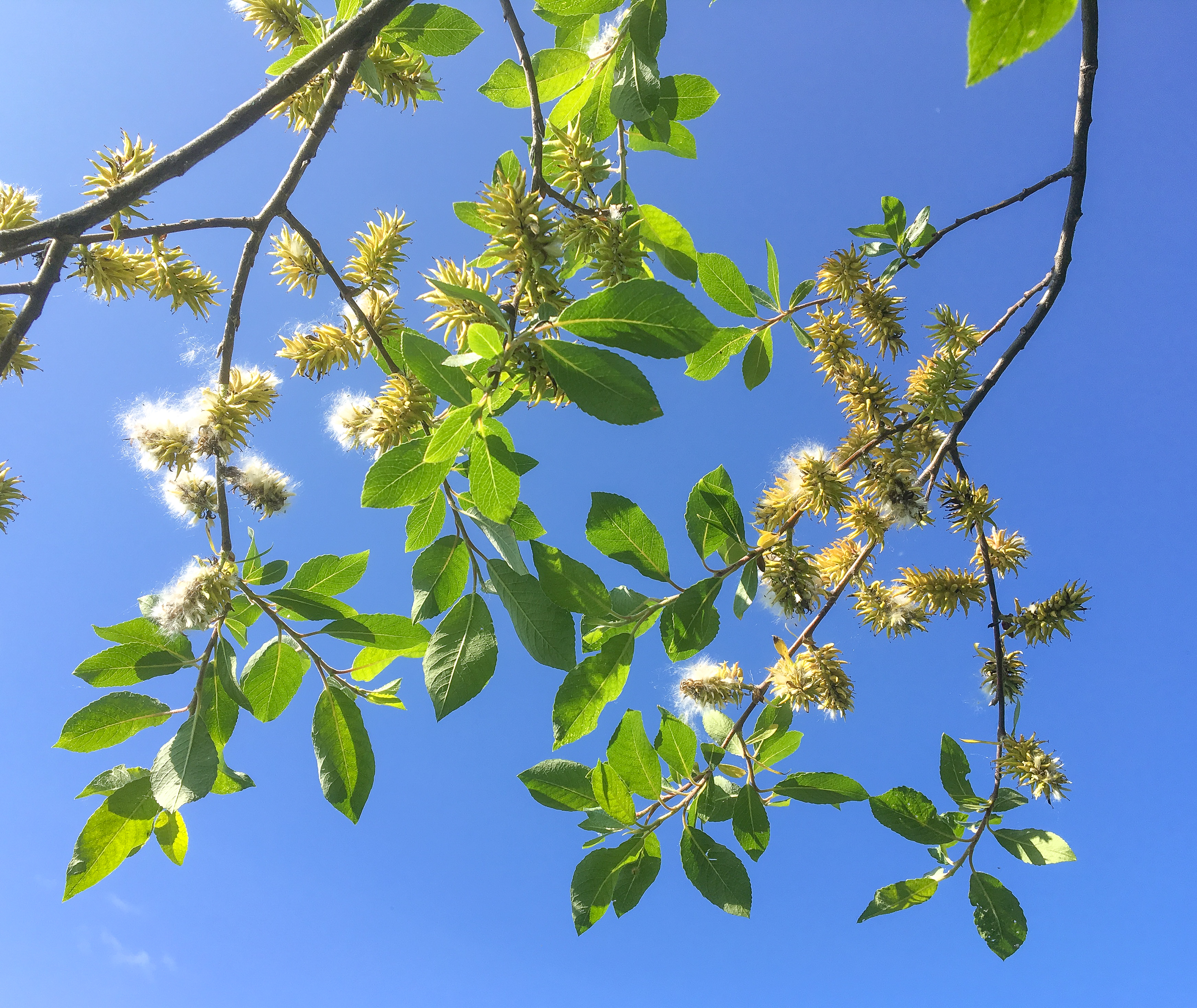 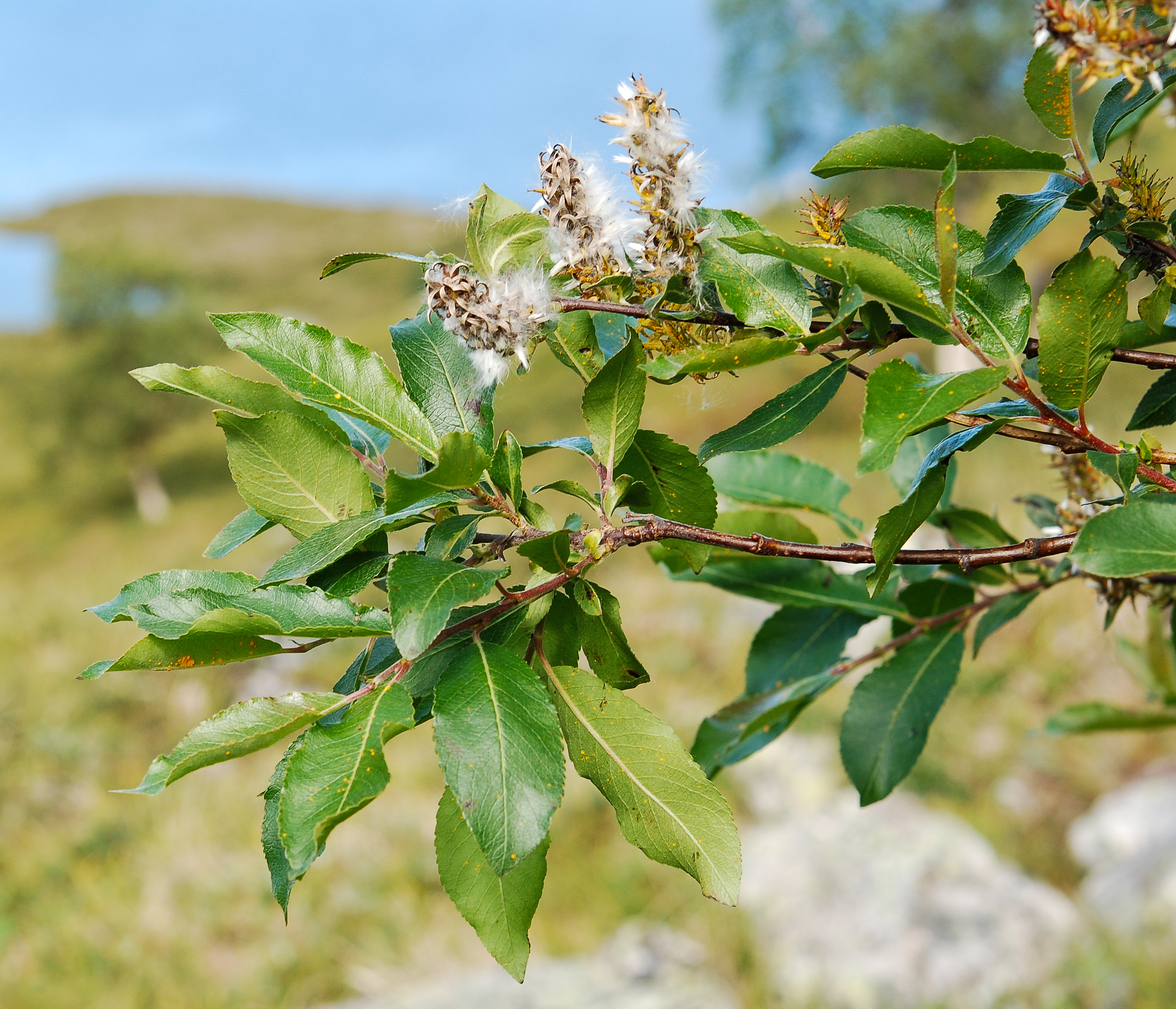 S. myrsinifolia catkins are long and the fruits are arranged densely along the central axis. The catkin stalk has a few leaves that may, however, fall off during fruit maturation. 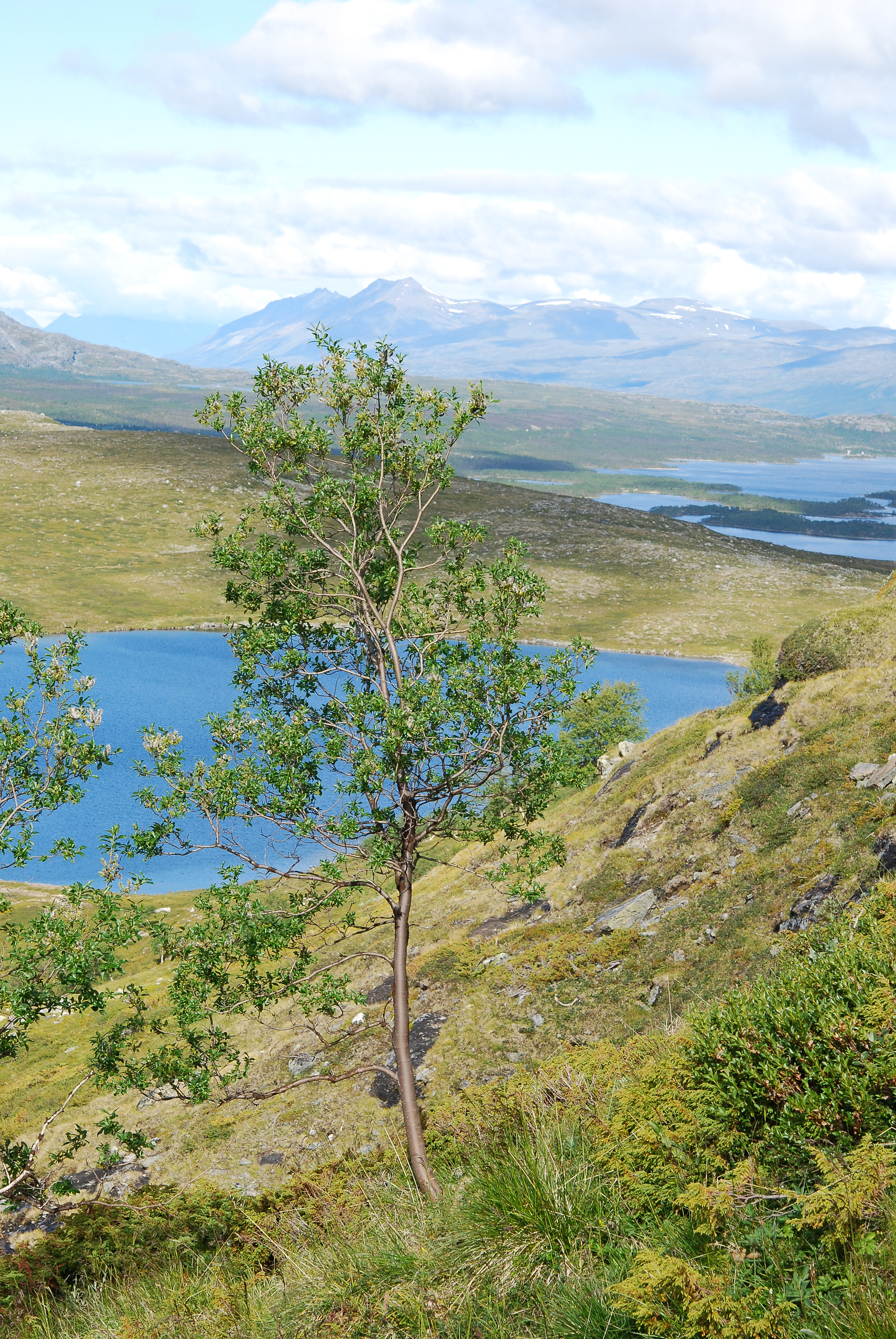 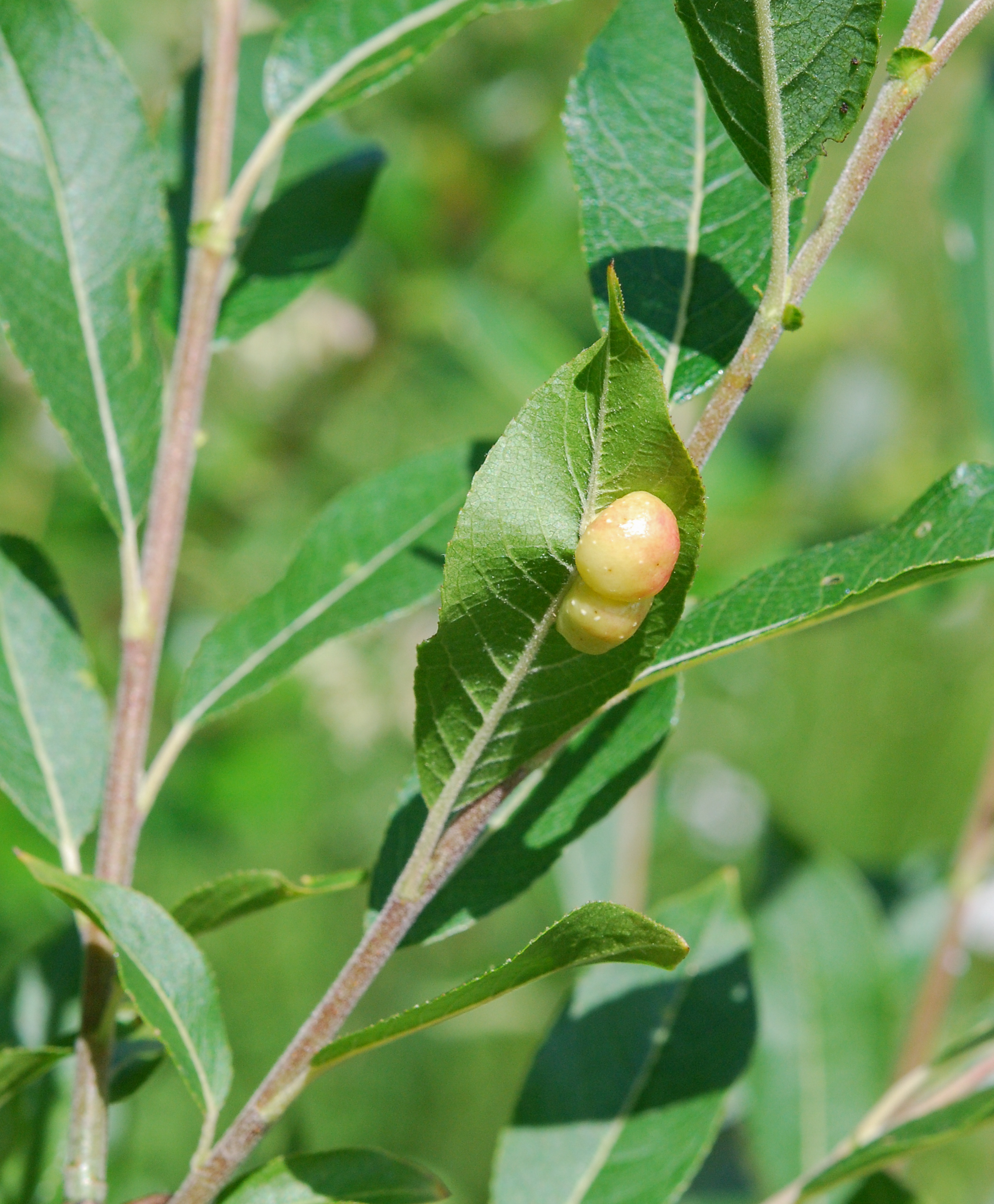 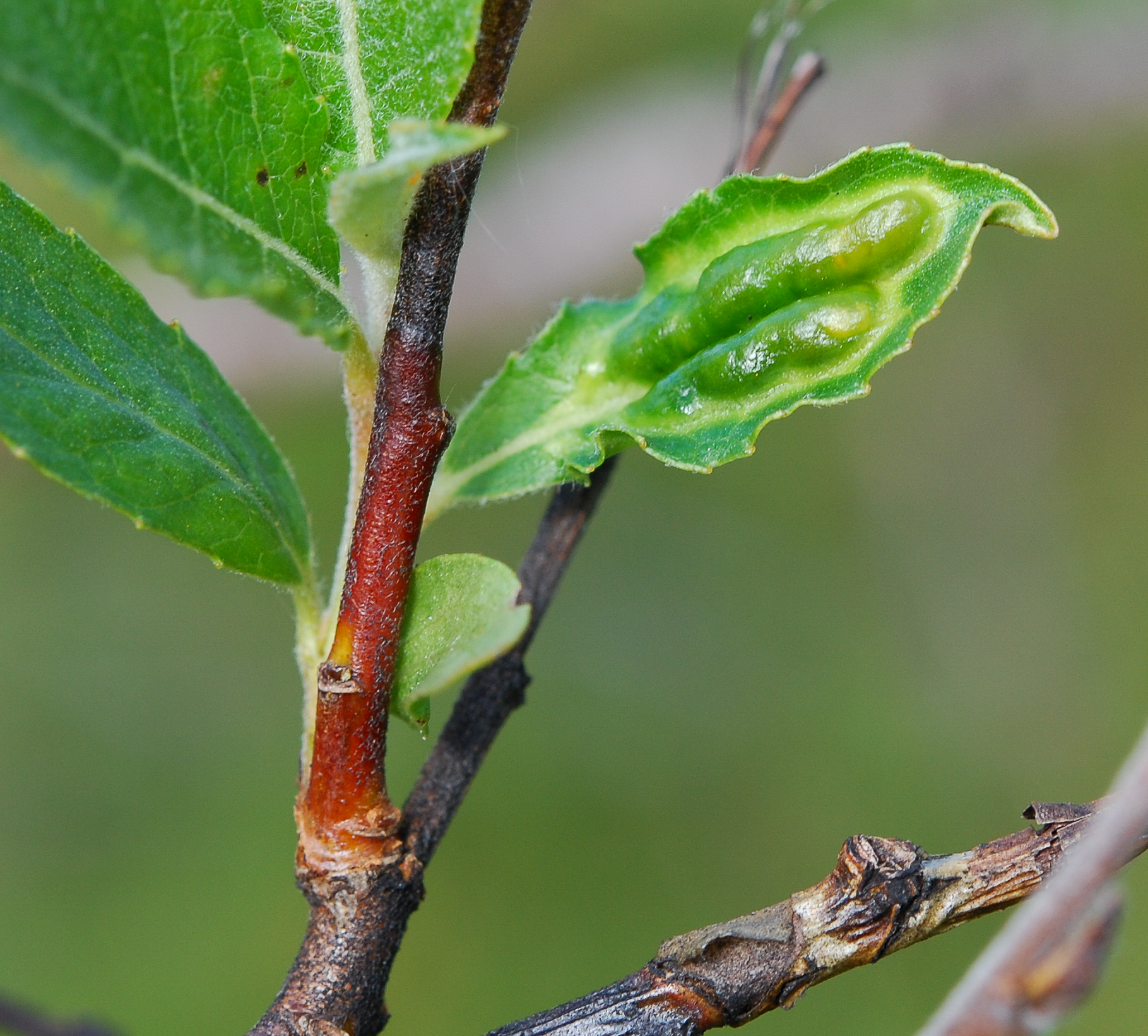 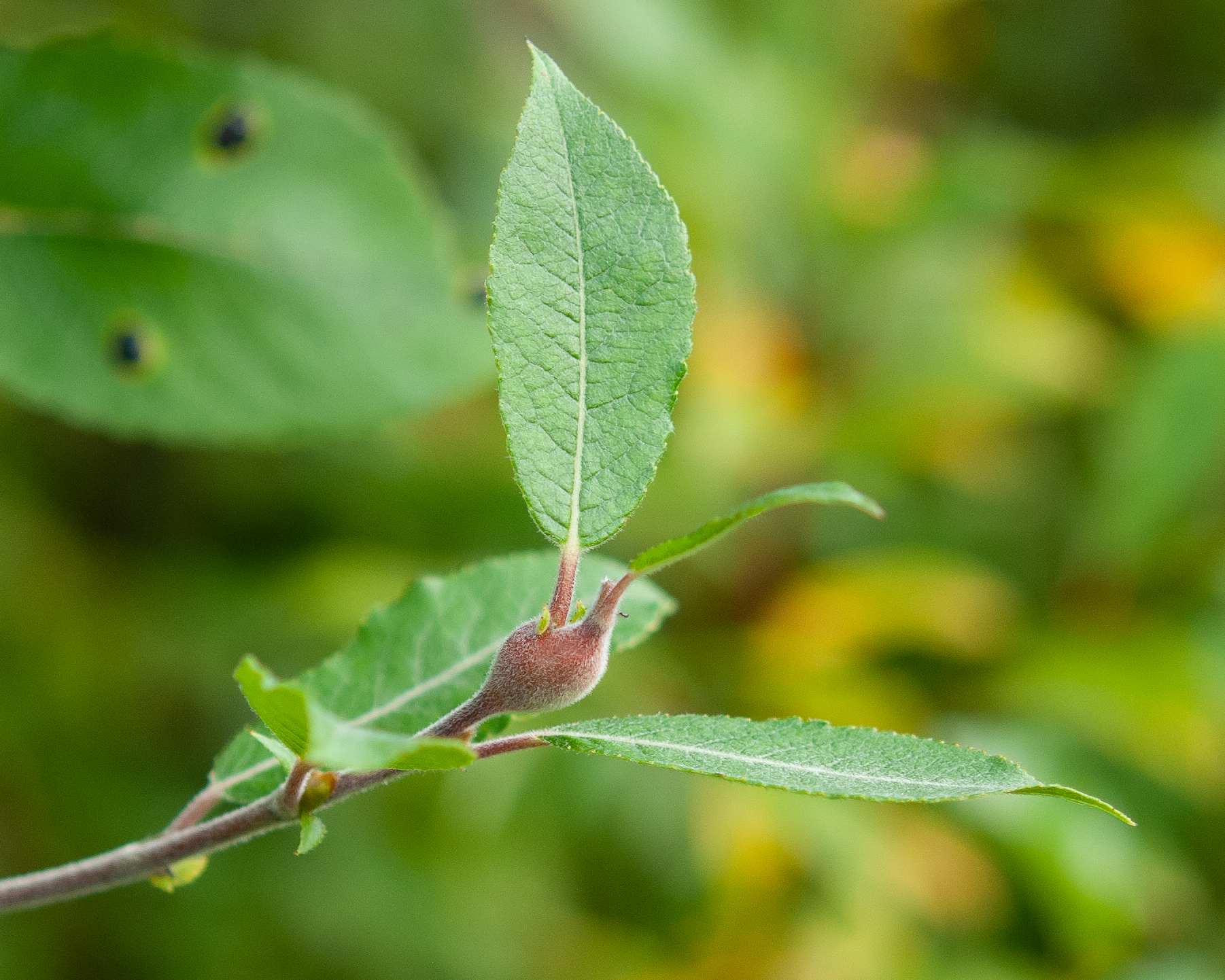 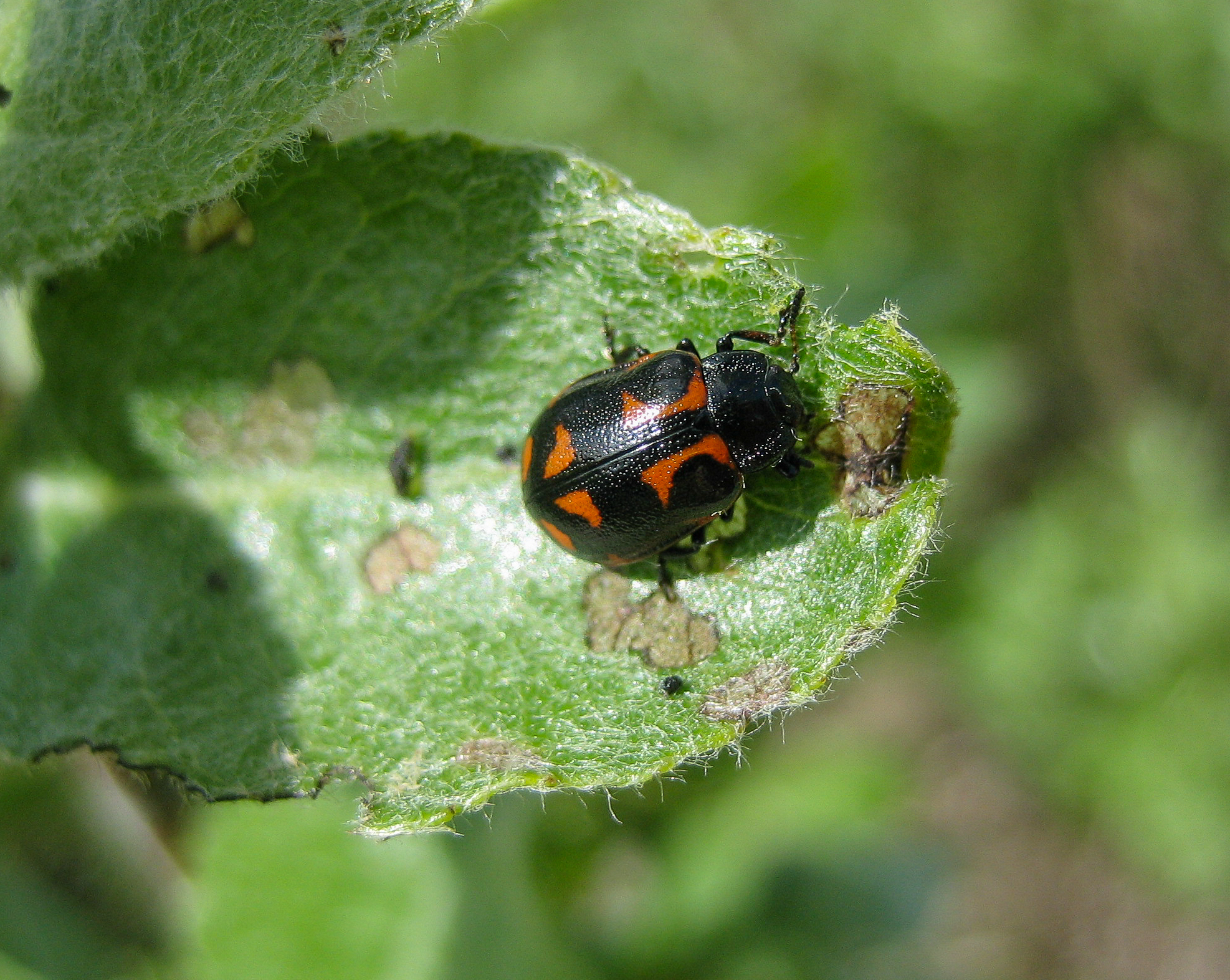 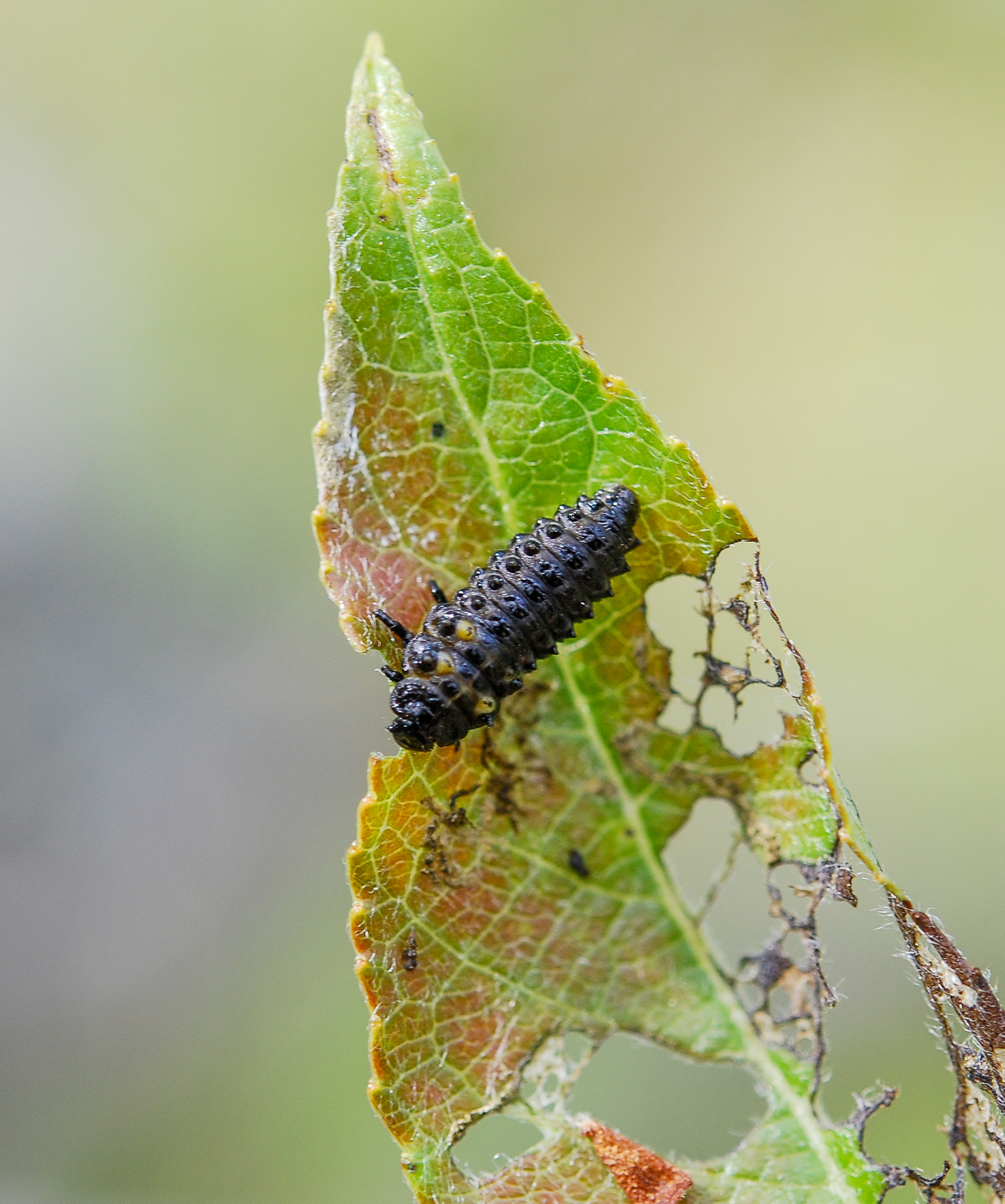 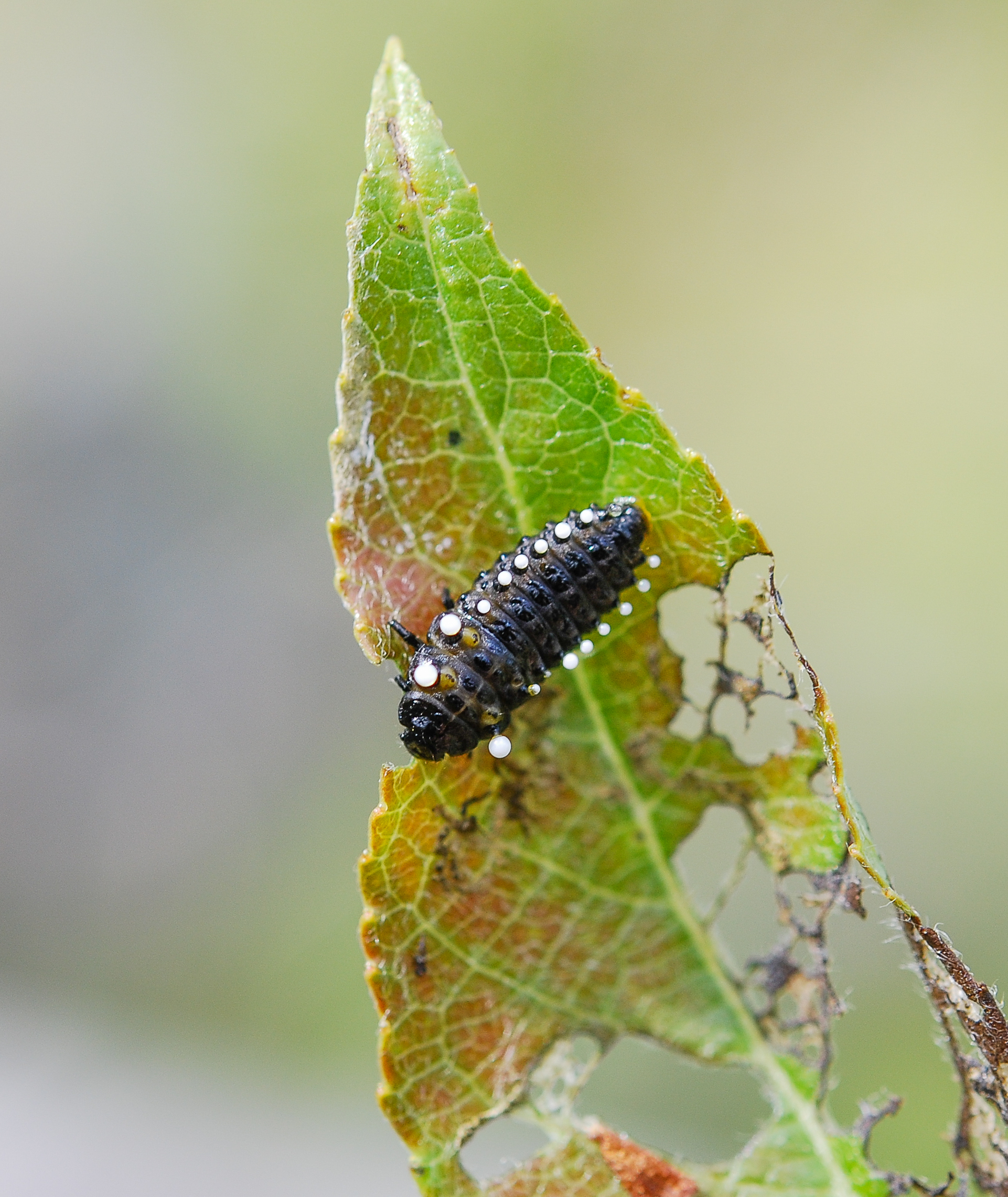 S. myrsinifolia commonly grows in mixed stands with other willows across most habitats in northern Europe, although it is generally missing from dry sites, wet swamps, and tundra. In the northern parts of Fennoscandia, the tree-like subspecies S. myrsinifolia ssp. borealis grows on the lower slopes of fjells above the mountain birch zone. While the tree-like individuals are easy to assign to ssp. borealis, reliable subspecies-level determination of smaller and younger individuals is not possible.

S. myrsinifolia is chemically heavily defended, but is still preferred by a large number of external-feeding, leaf-mining, and gall-inducing herbivorous insects, including sawflies, beetles, and moths. The aposematically colored leaf beetle Chrysomela lapponica is particularly adapted to feeding on salicylate-rich willow species, as its larvae process the defensive chemicals present in the leaves to a white, foul-smelling secretion that deters generalist predators.