Salix hastata L. is a distinctly northern willow species that grows in a multitude of habitats, from the slopes of high fjells to forests and bogs on lower elevations. As a consequence of its broad ecological tolerances, the size of individuals varies widely: typically, the plants reach a height of circa one meter, but on fjells above the treeline they may be less than ten centimeters tall. S. hastata is nevertheless identifiable based on its leaves: the upper side of the leaf is matte green, while the lower side is usually pale with a fine network of slightly elevated veins. S. hastata has a wide distribution spanning the coldest areas of Eurasia as well as Alaska. In Fennoscandia, the main distrubution area is northern Lapland and the Norwegian fjell chain, with scattered populations occurring also further south. 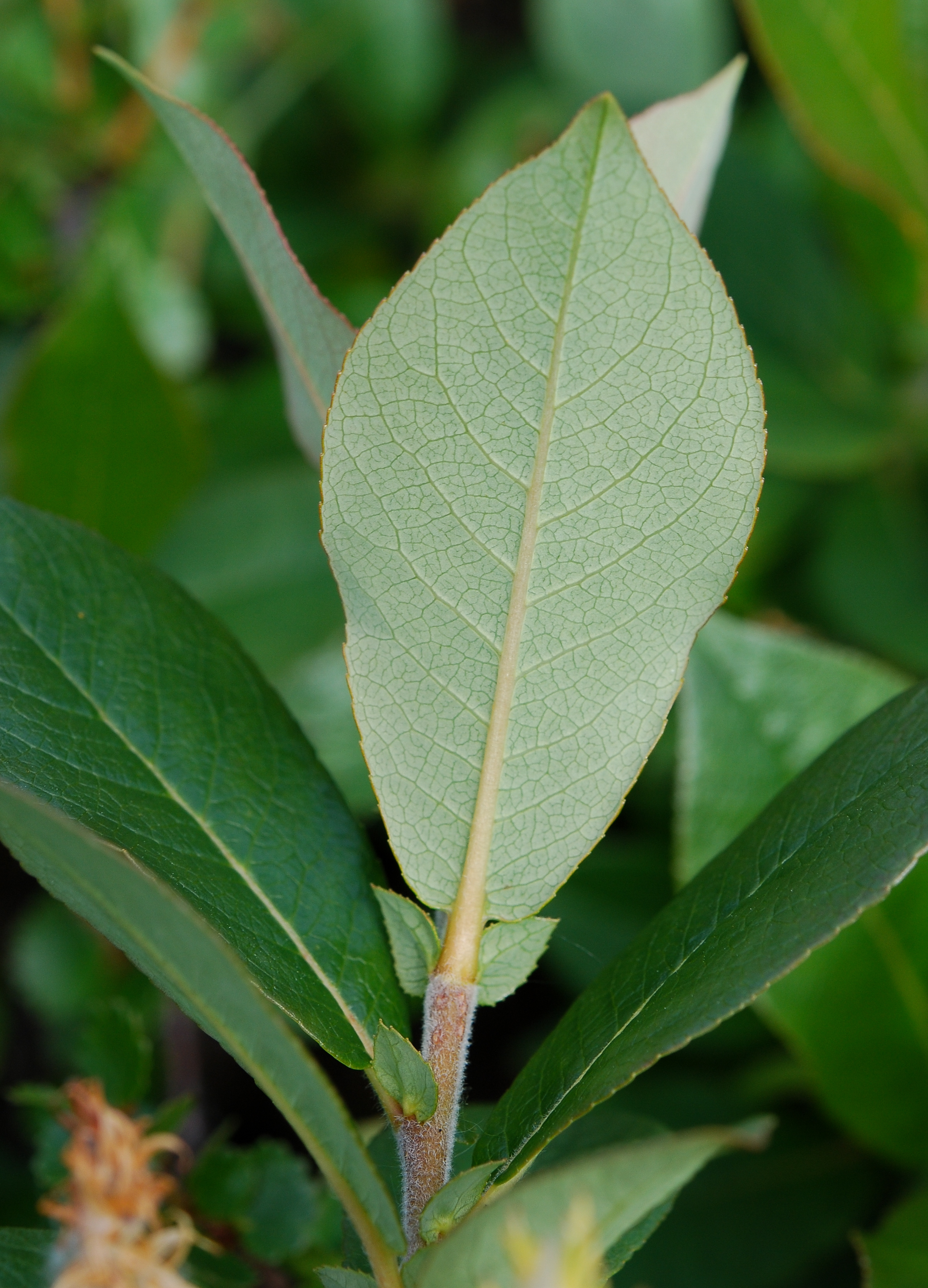 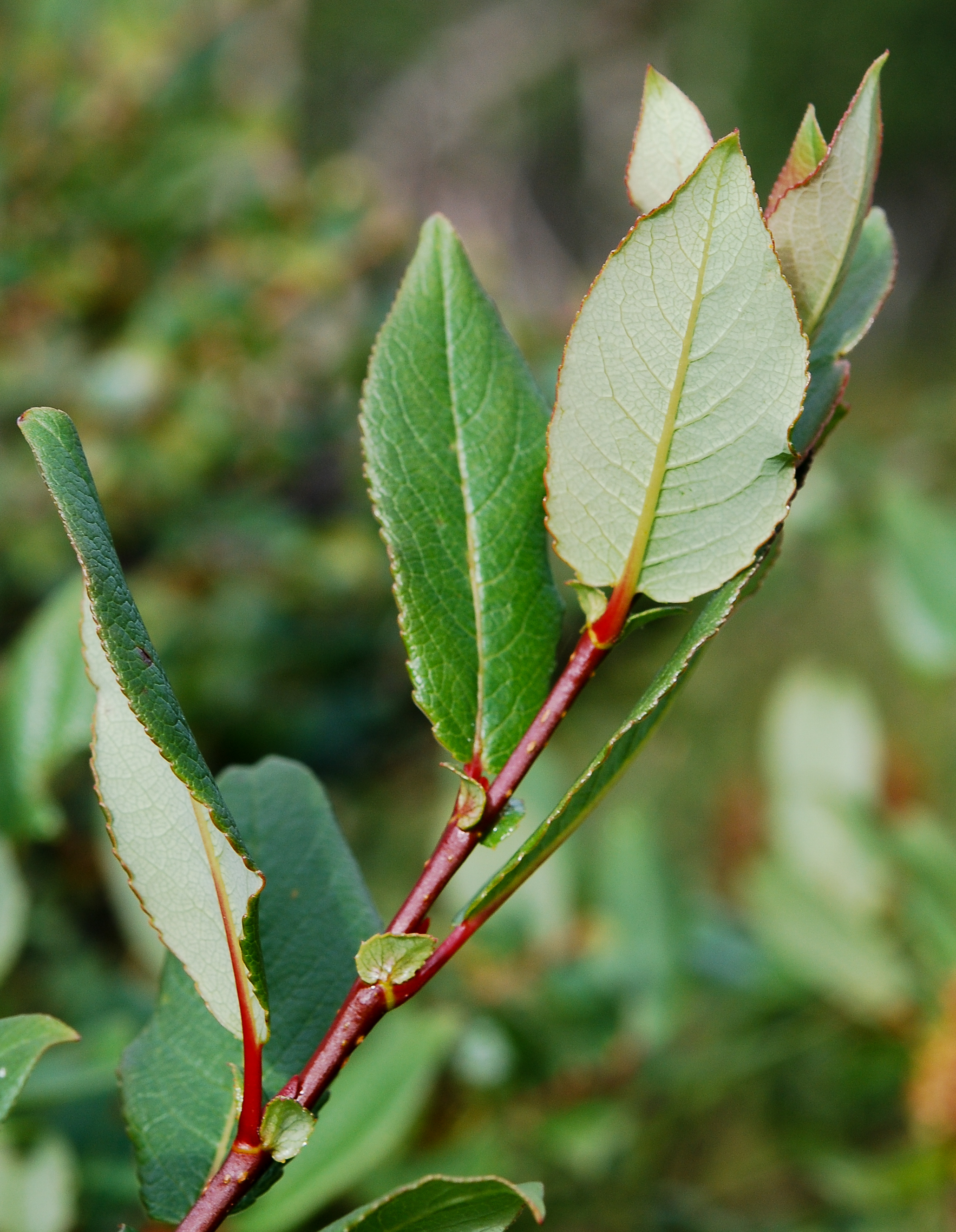 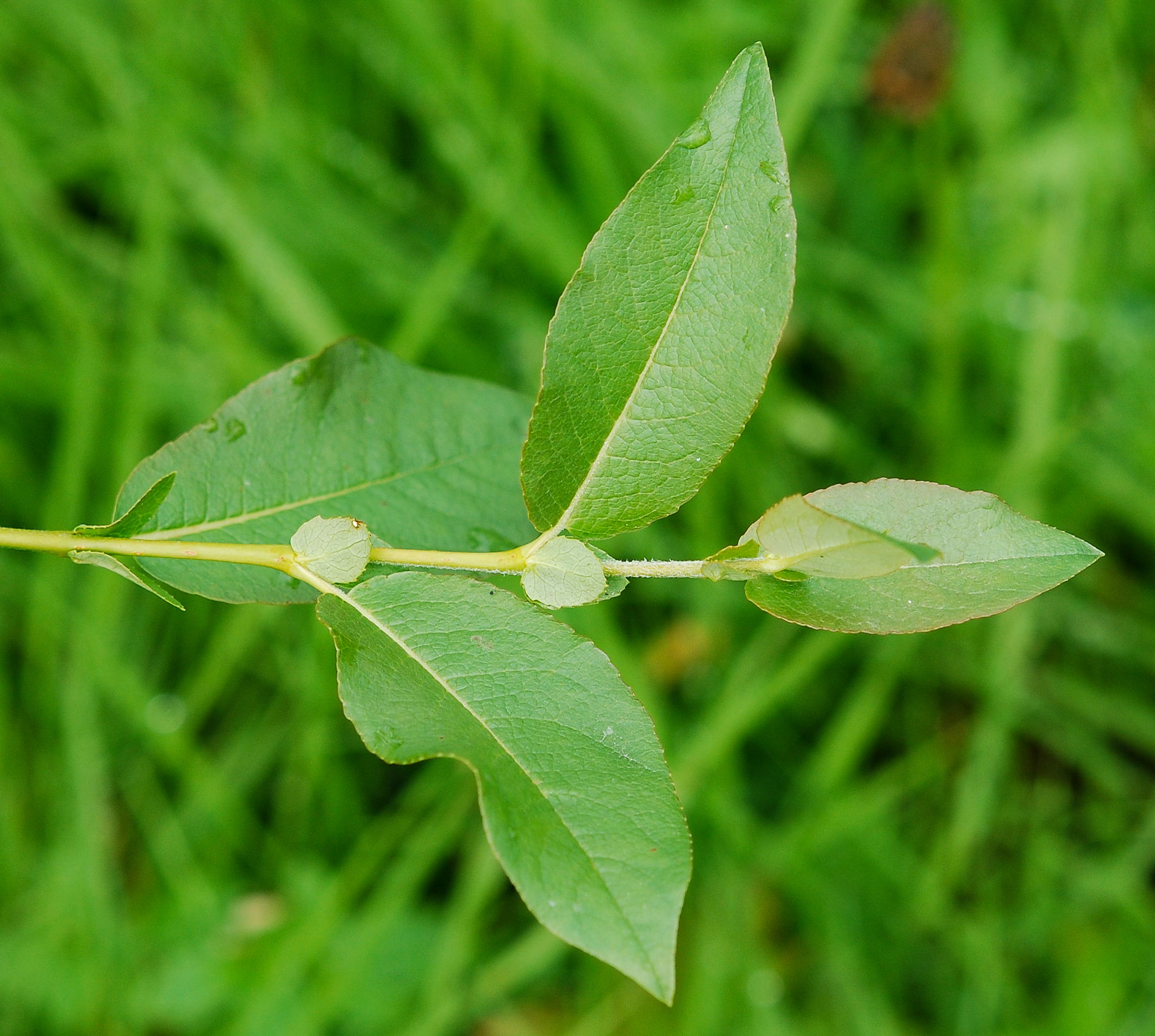 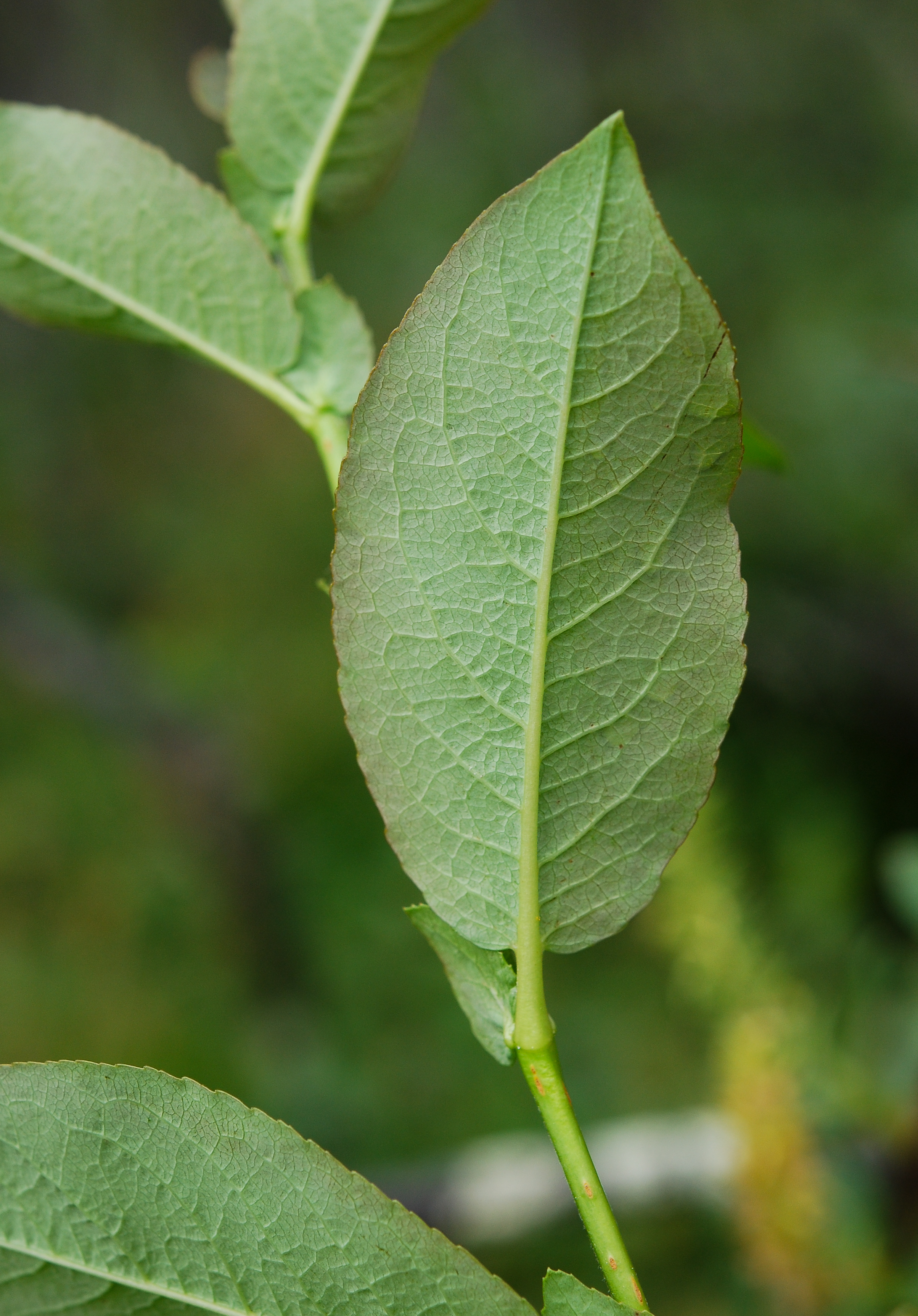 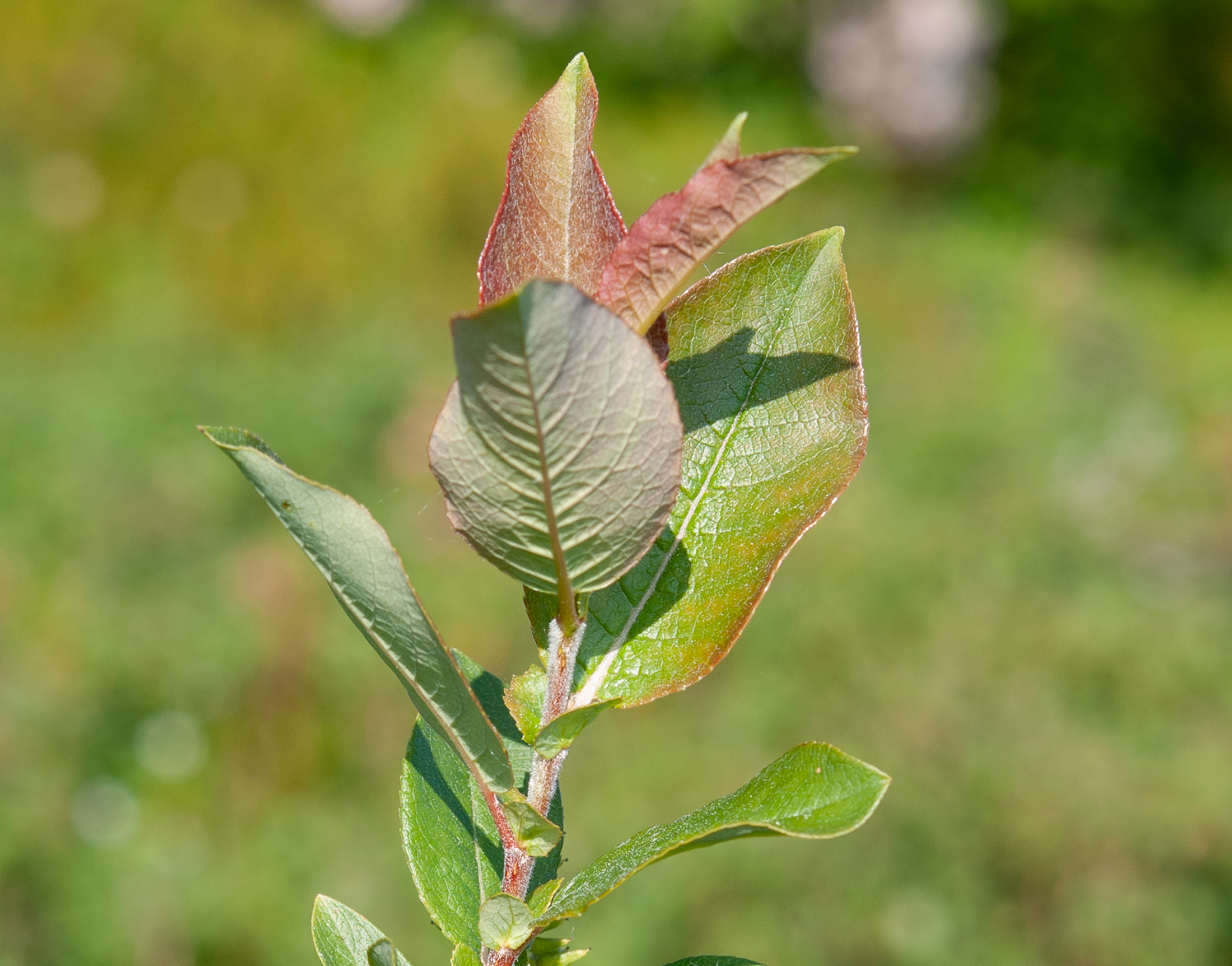 S. hastata leaves have matte (or in some cases slightly shining) green upper surfaces, but the undersides are pale with a clear network of fine veins. The underside may be green in individuals that grow vigorously or in the shade, but even then the dull overall coloration and a fine network formed by raised veins on the leaf underside are evident. The leaves usually are large and have serrated edges, but the serration may be absent in individuals growing above the treeline, which sometimes have very small leaves; however, the characteristic coloration of the leaf underside is present even in these individuals. S. hastata leaves are typically stiff and give a very dry impression.

Current-year shoots can be glabrous or hairy, and their color can be anything between pale green, brown, and red. Buds are small, but large stipules with serrated edges are present at petiole bases. 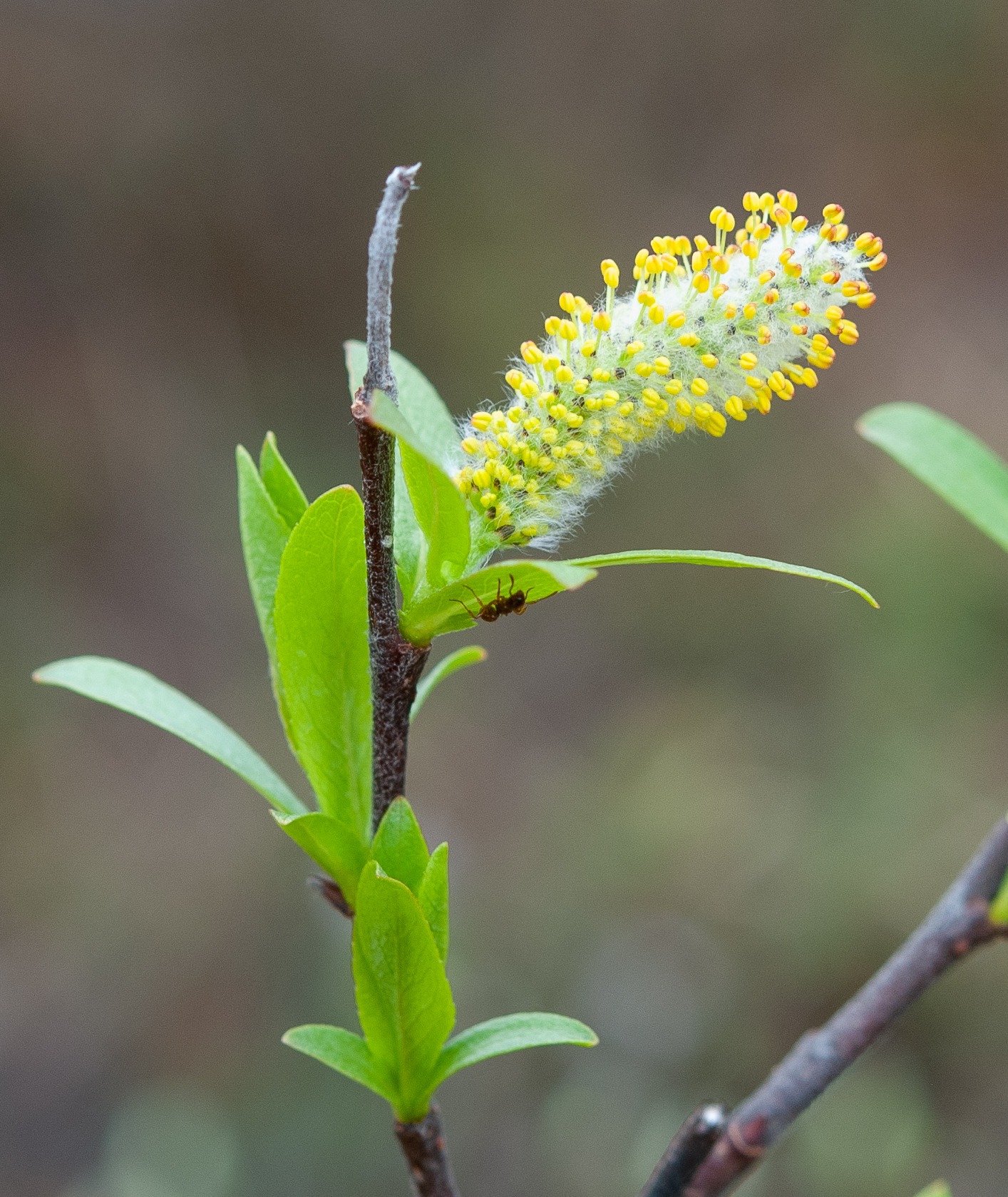 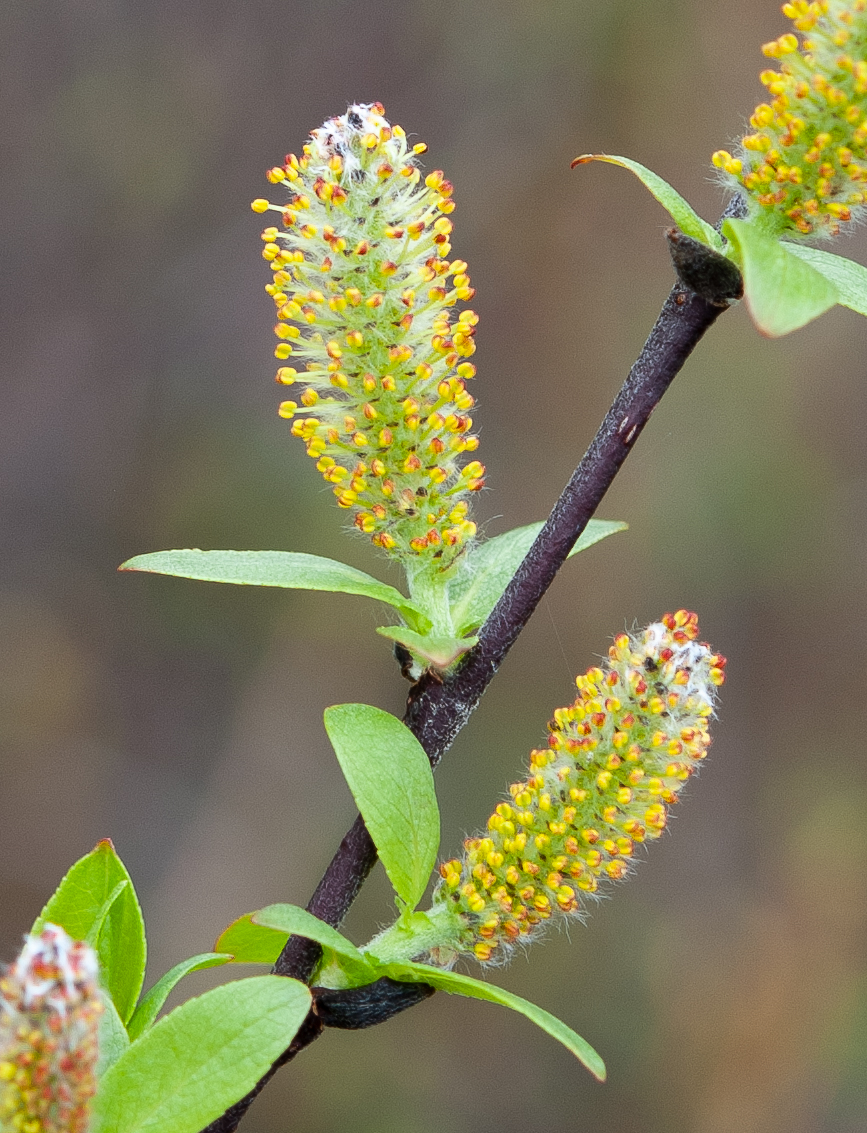 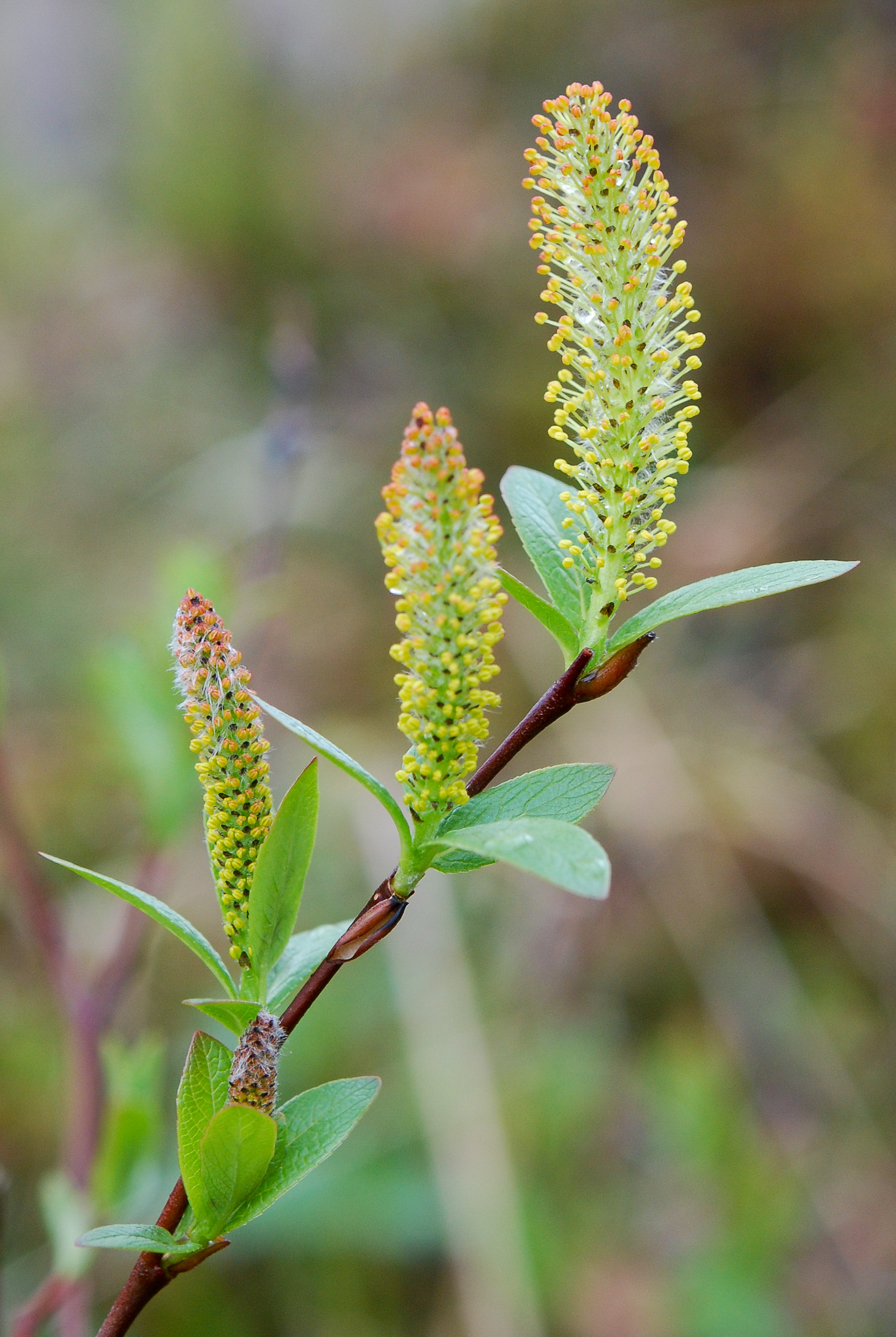 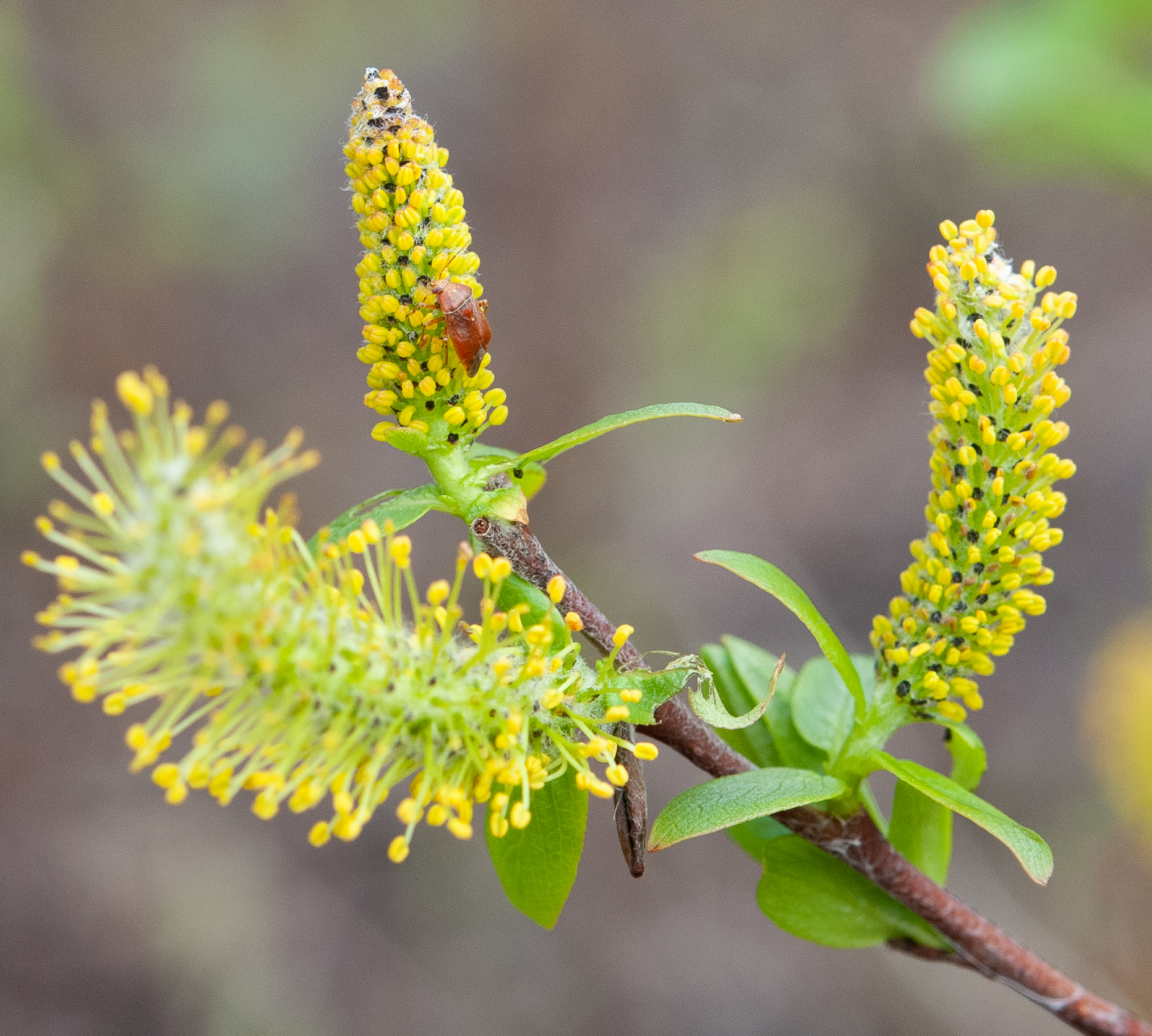 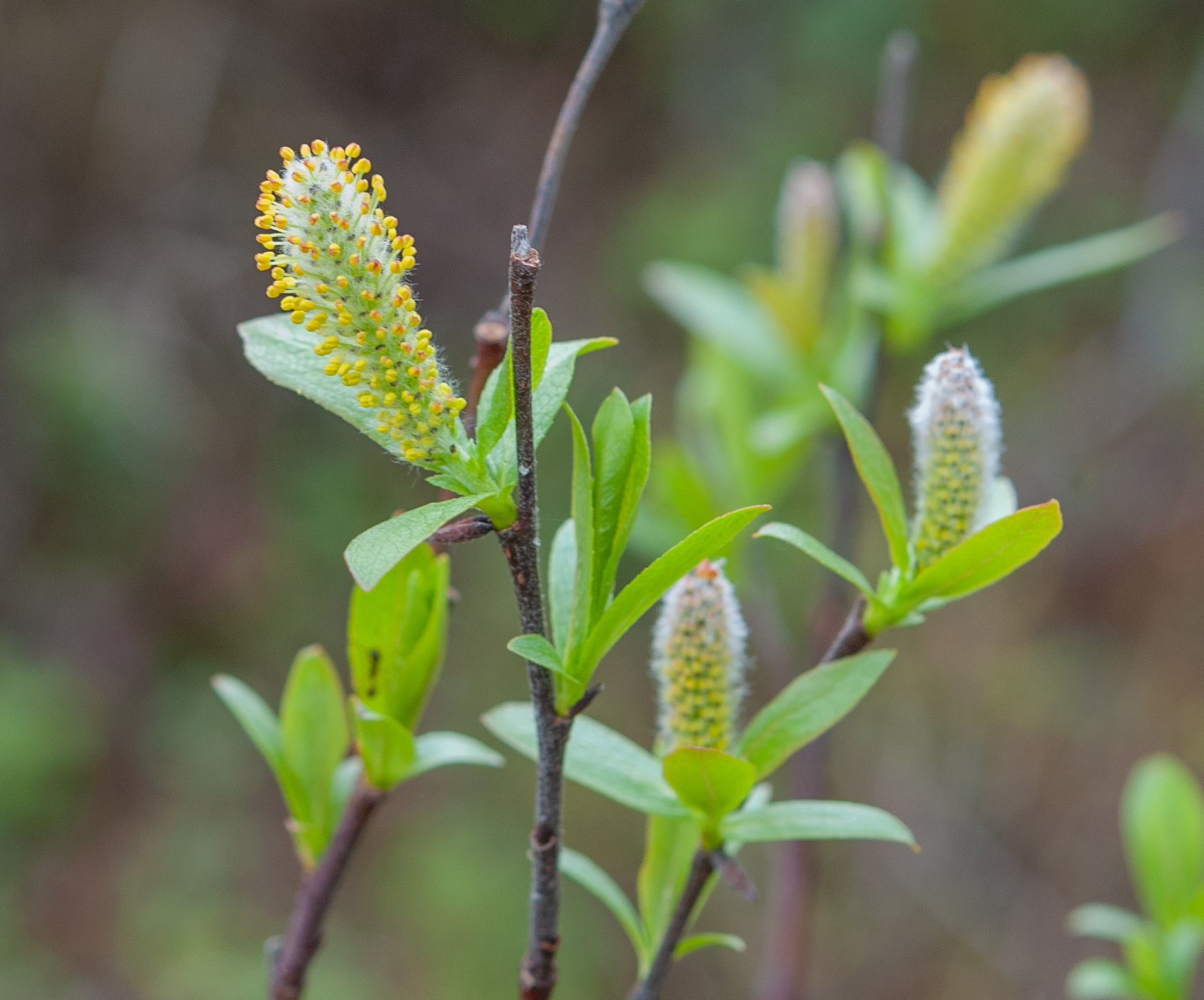 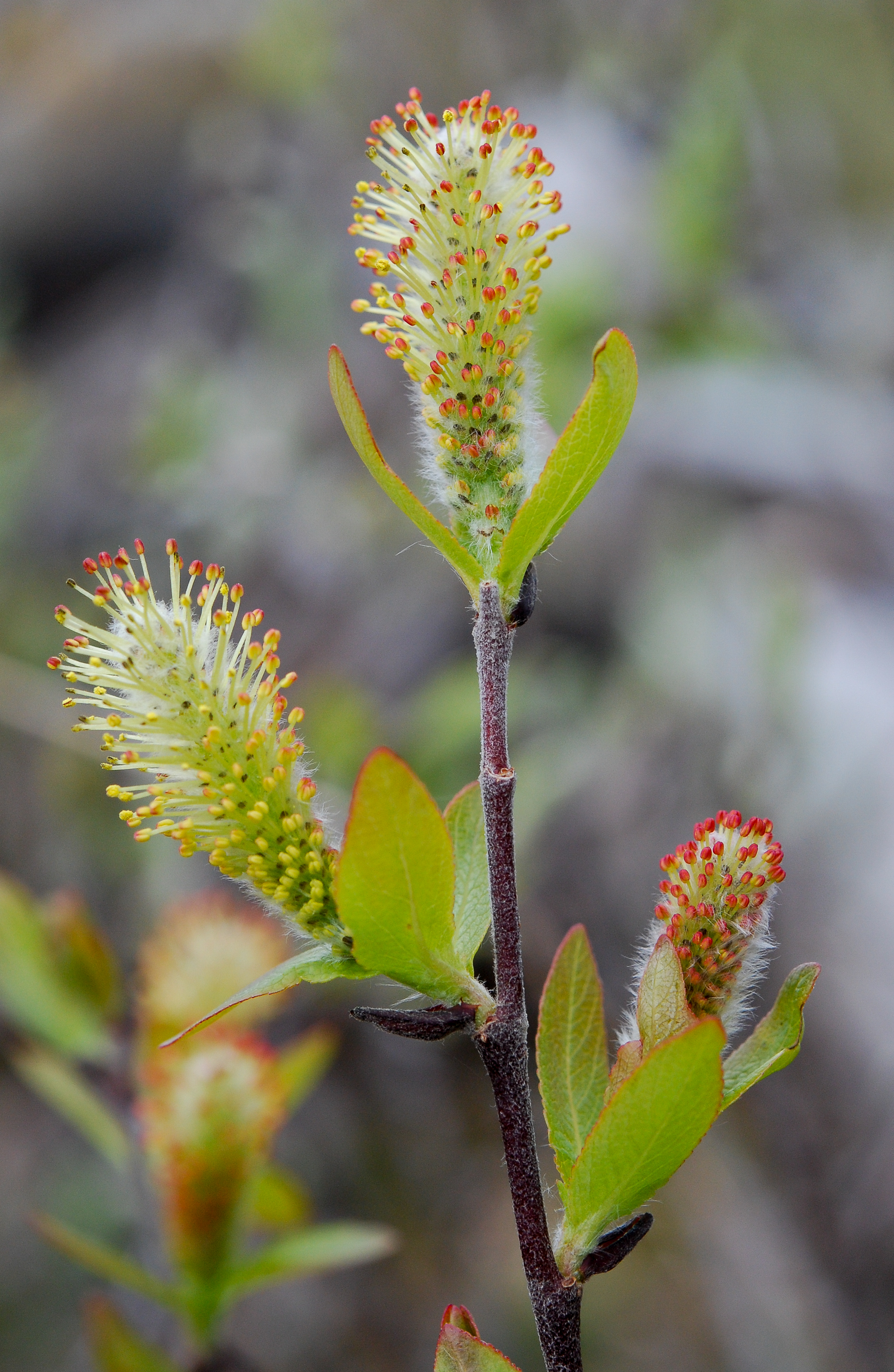 Male inflorescences of S. hastata are elongated and initially very hairy. Anthers are initially orange or even red, but turn increasingly yellow during the flowering period. Filements are while, and bracts dark brown. Flowering commences at the same time as leafburst, and the inflorescences are supported by a long stalk with several large leaves. 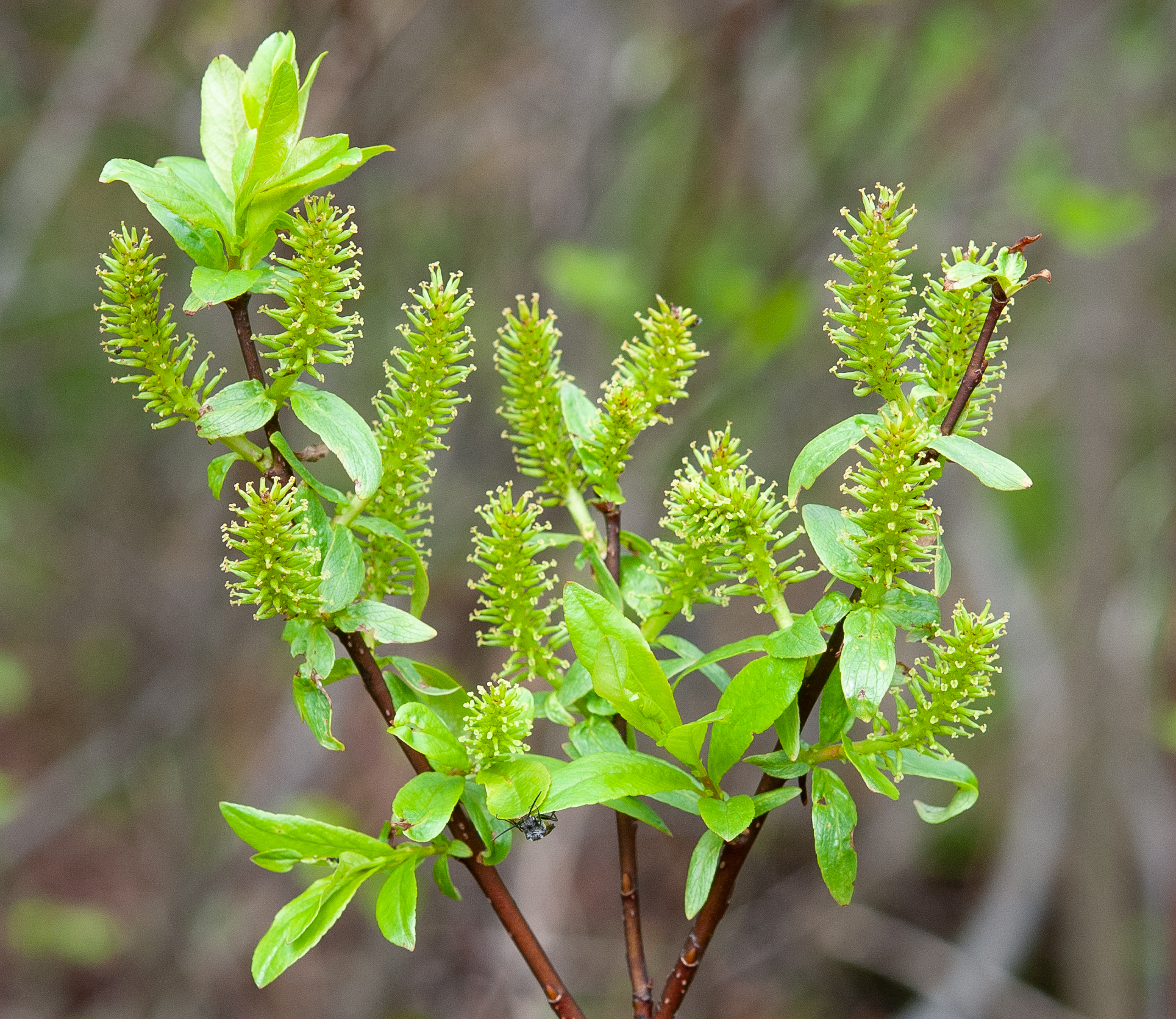 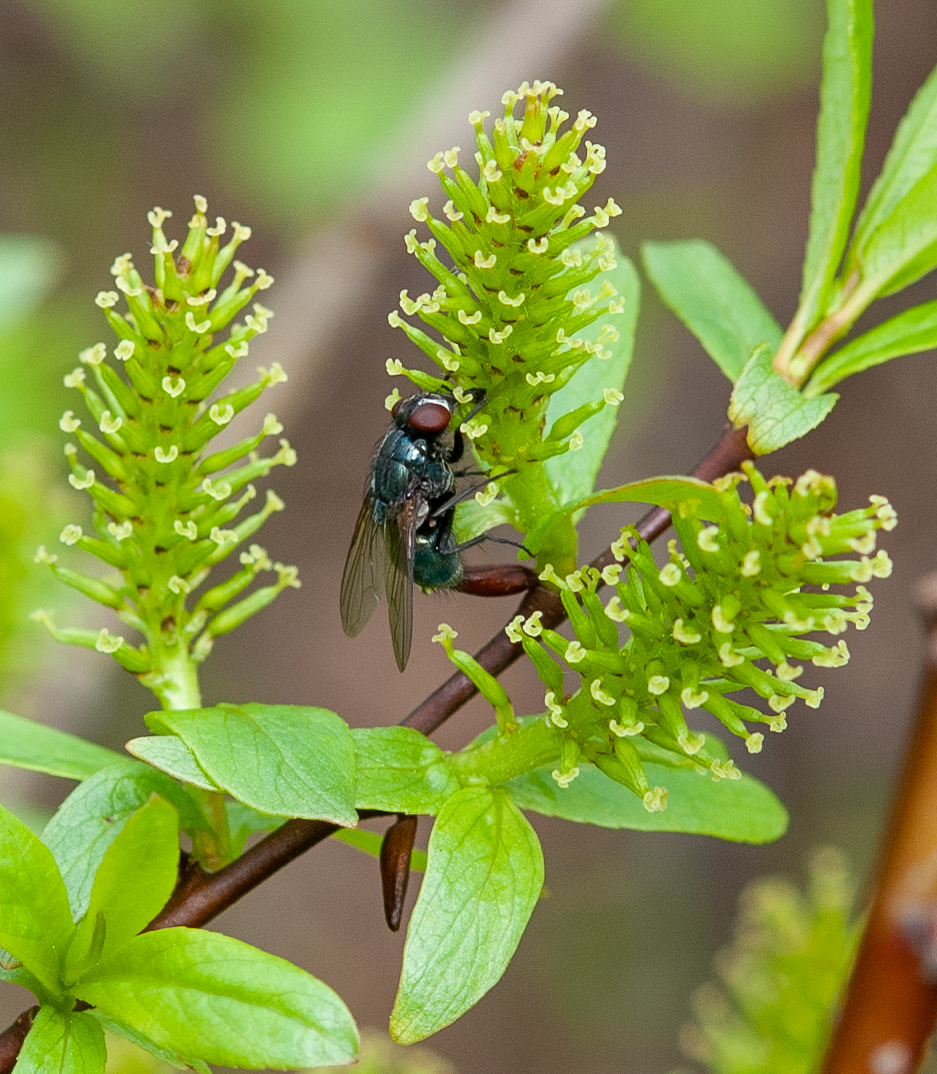 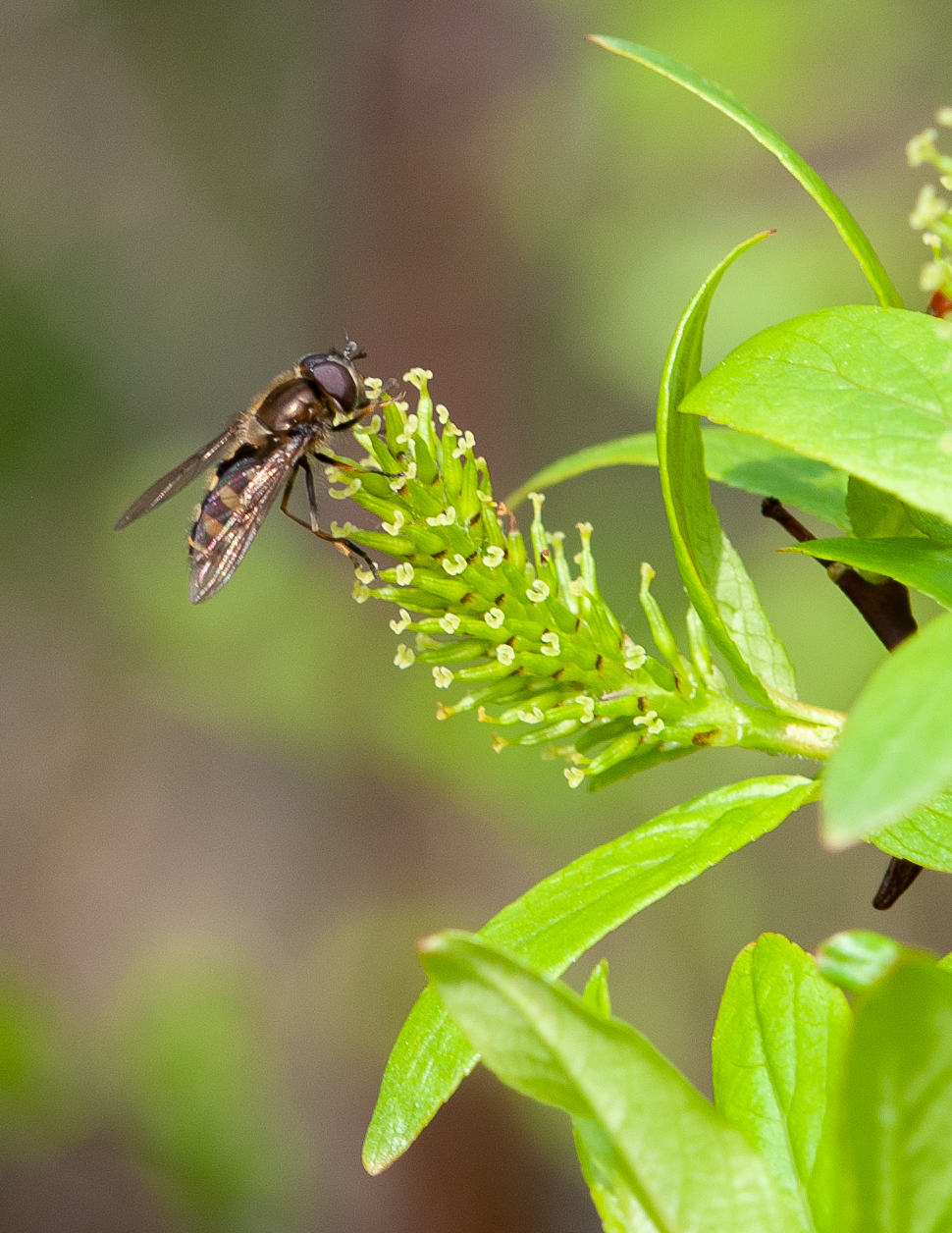 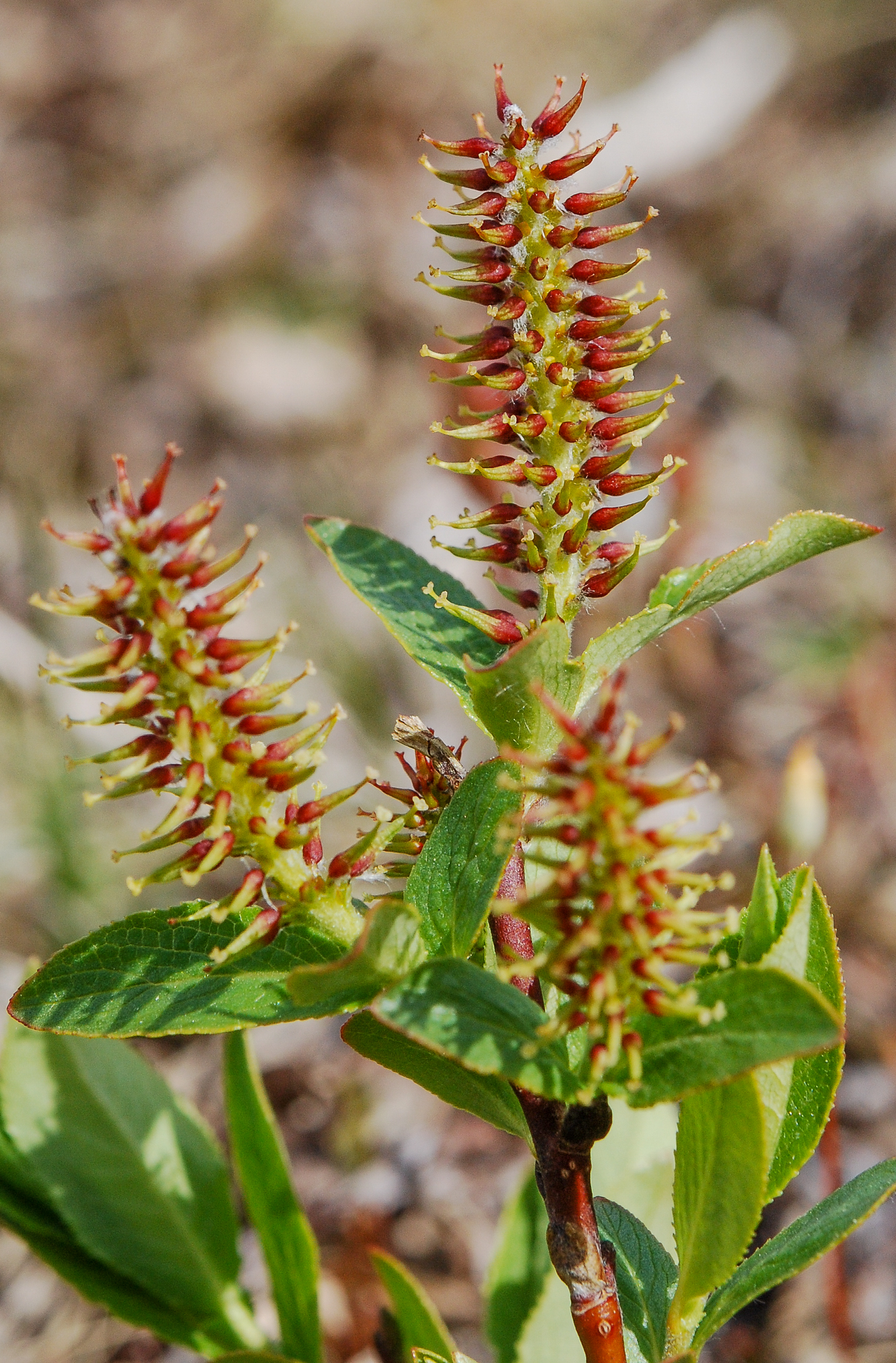 Individual flowers on inflorescences of S. hastata females are green and elongated, and have green stigmas. Bracts are small and brown. Flowering starts at the same time as leafburst, and inflorescences are located at the tips of long stalks with several large leaves. 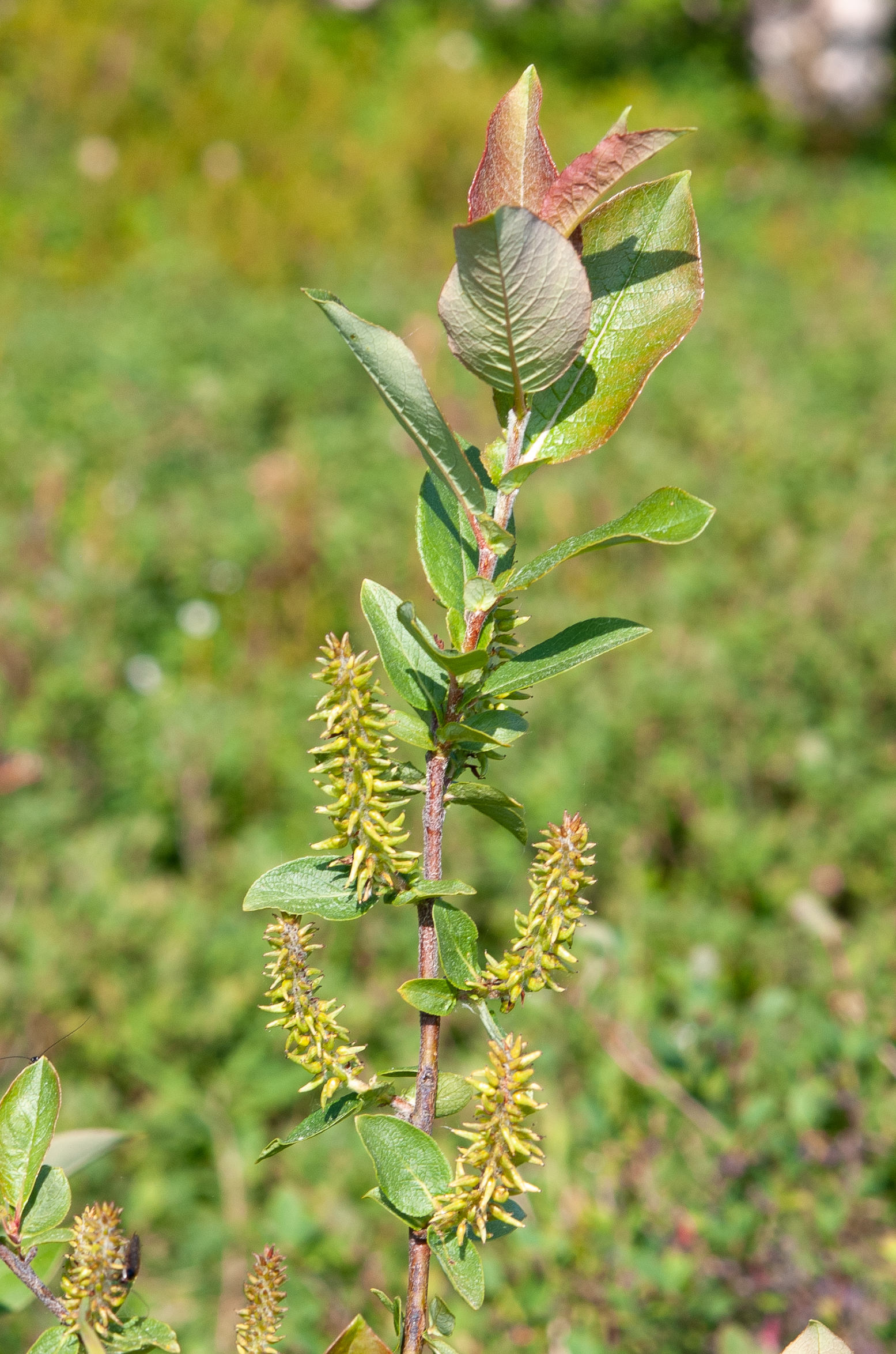 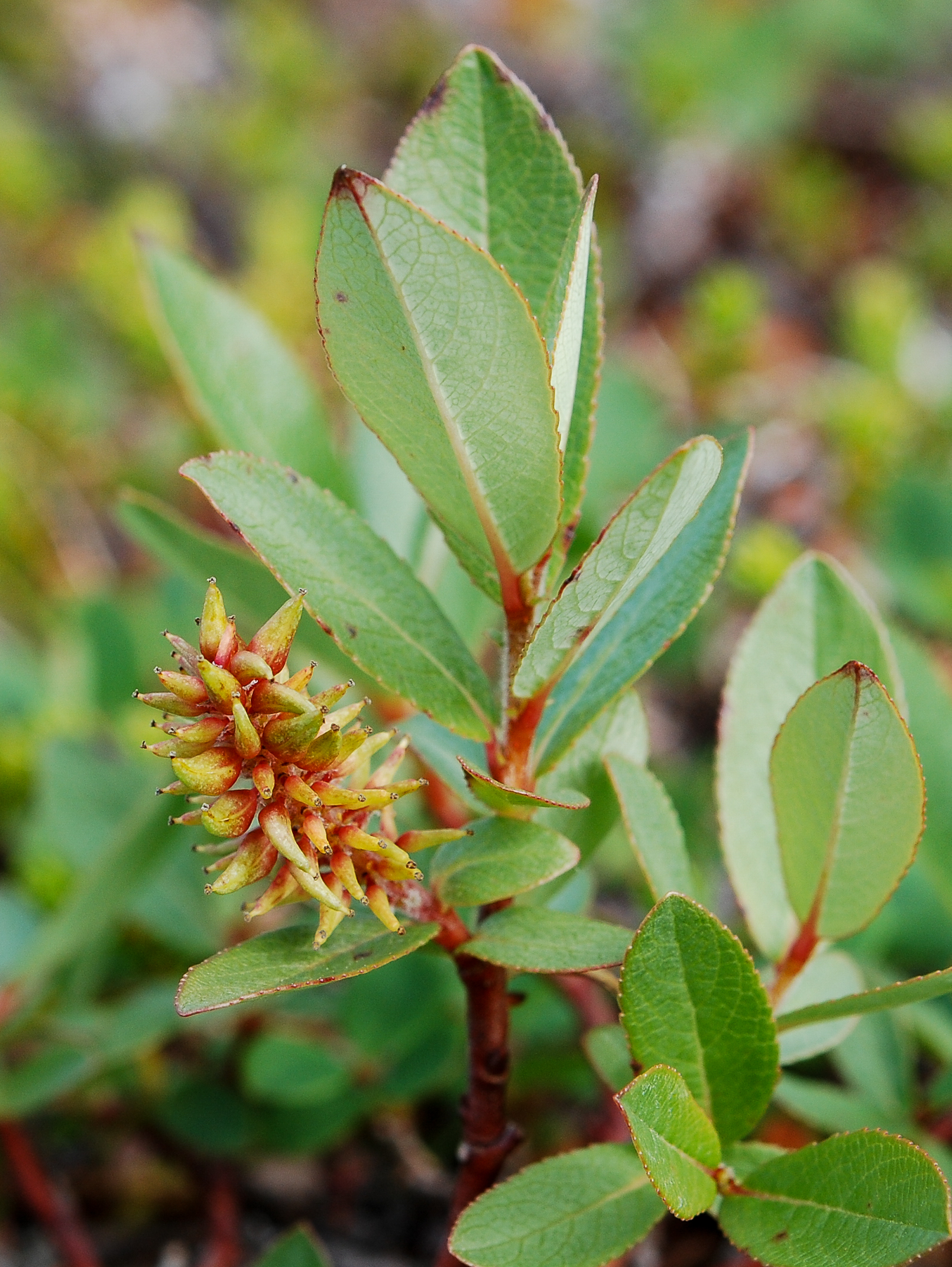 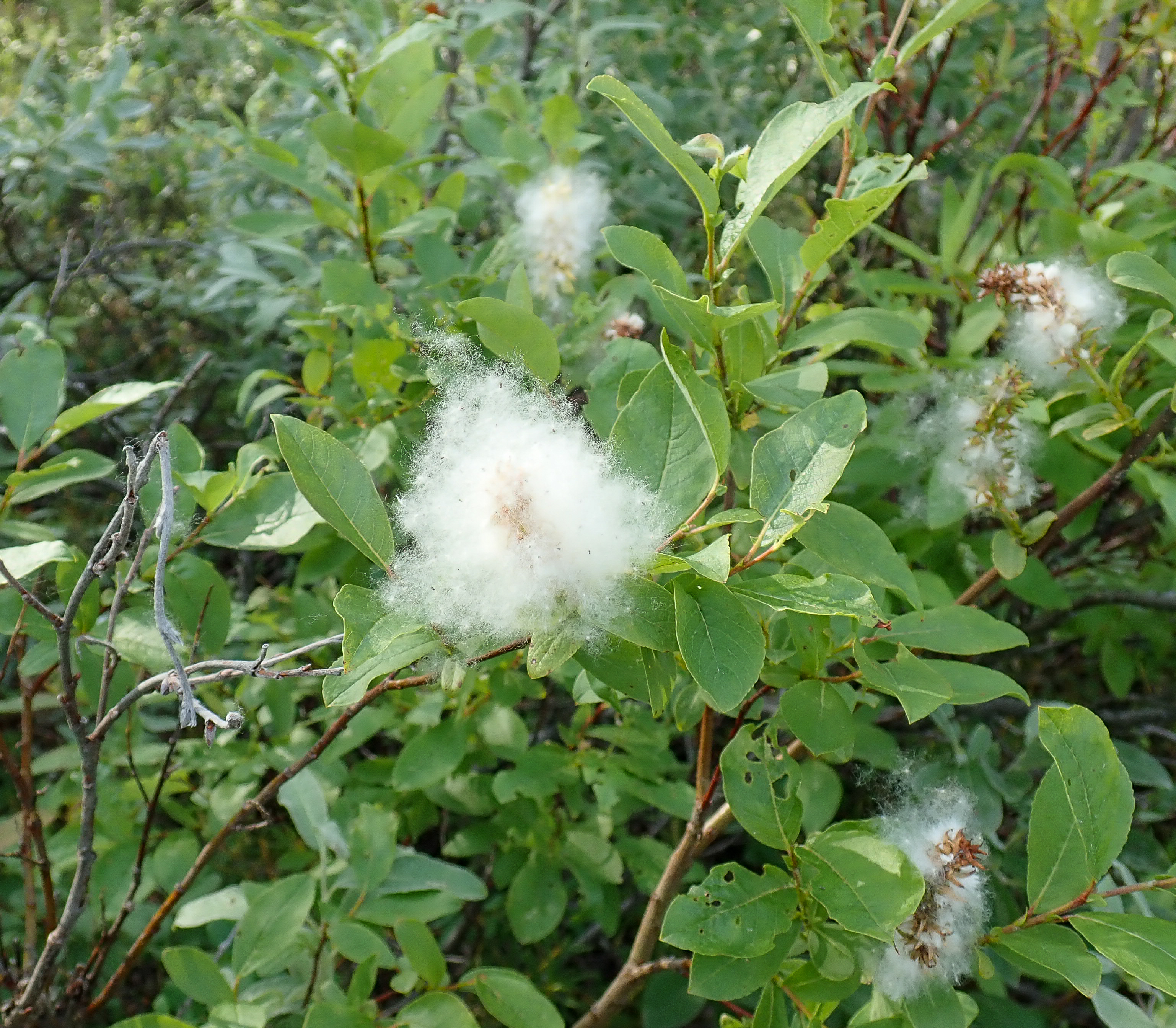 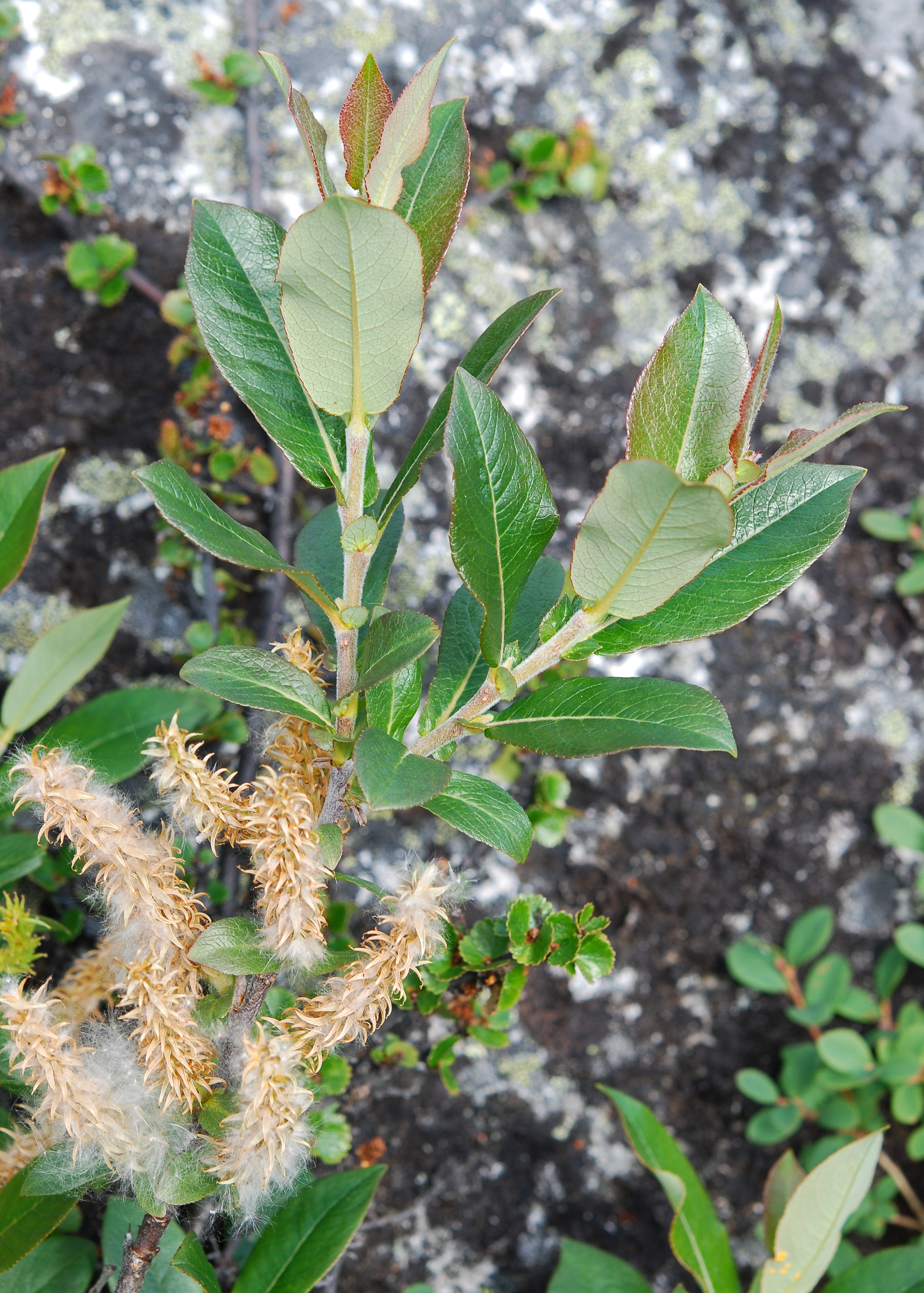 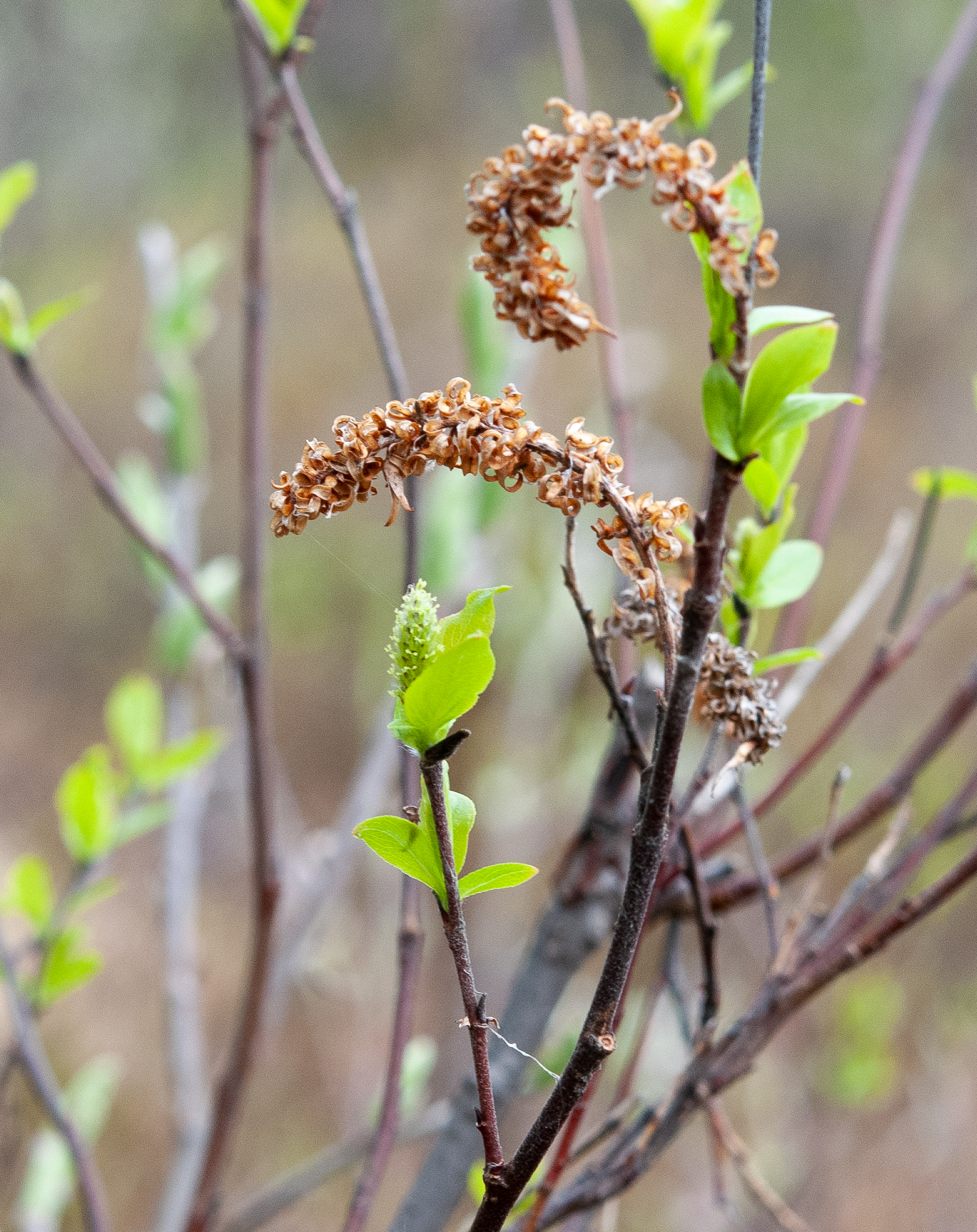 Mature catkins of S. hastata are long, with glabrous capsules densely arranged around the central axis. The color of the capsules varies from green and brown to red, and coloration can change during seed maturation. The catkins are supported by long stalks that eventually drop their leaves. Seed dispersal occurs during late summer and autumn, but dry catkins can remain on some plants to the following spring. 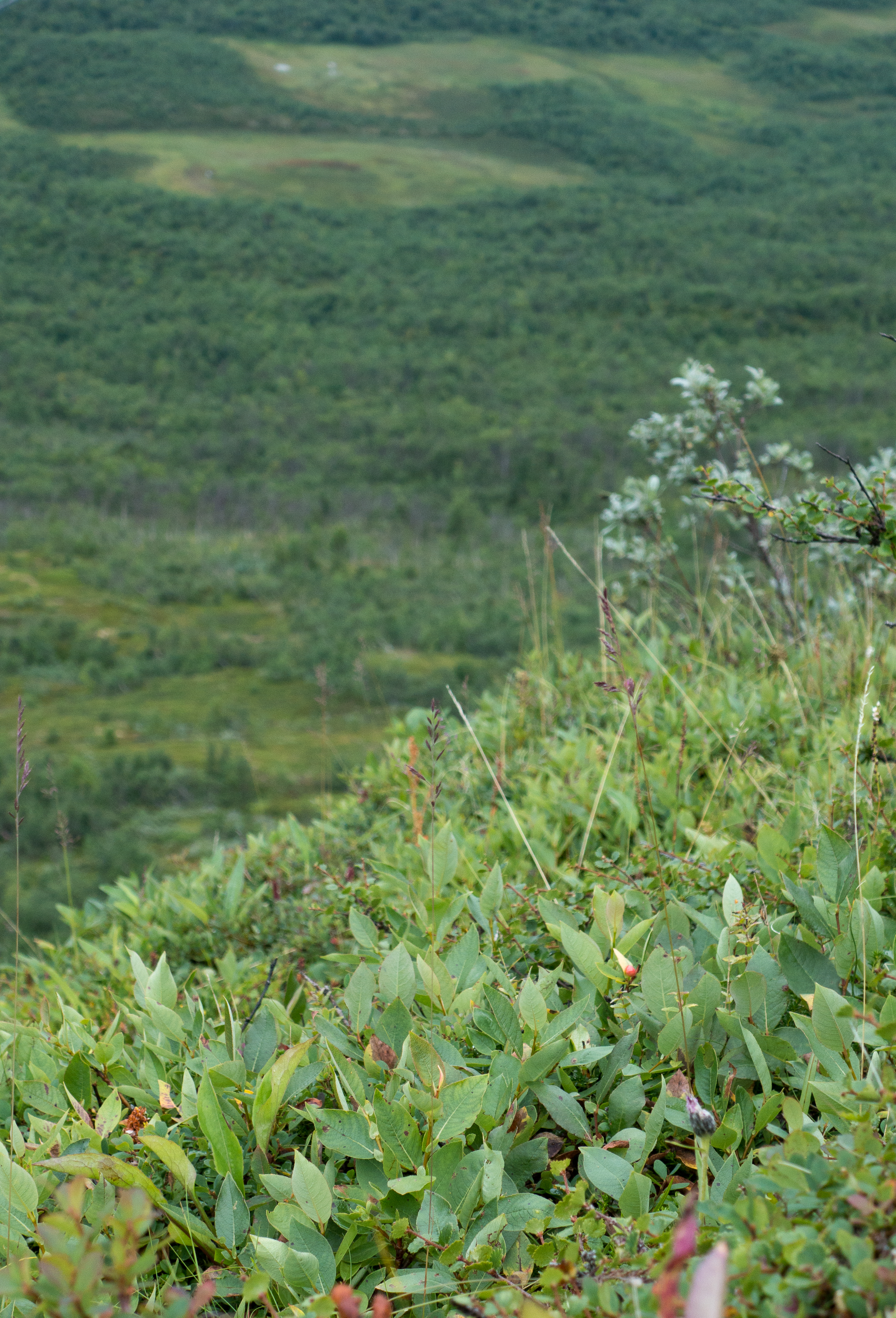 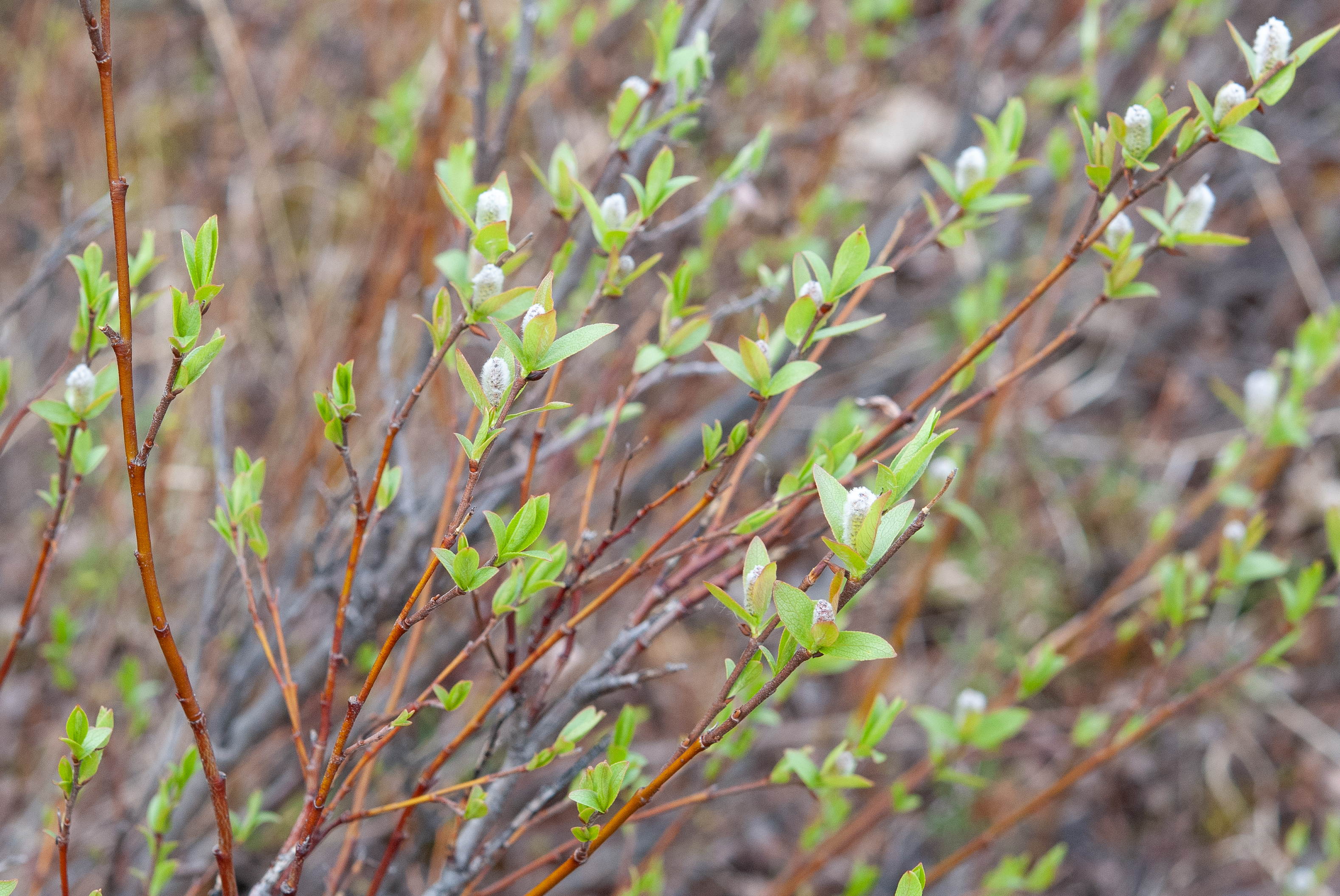 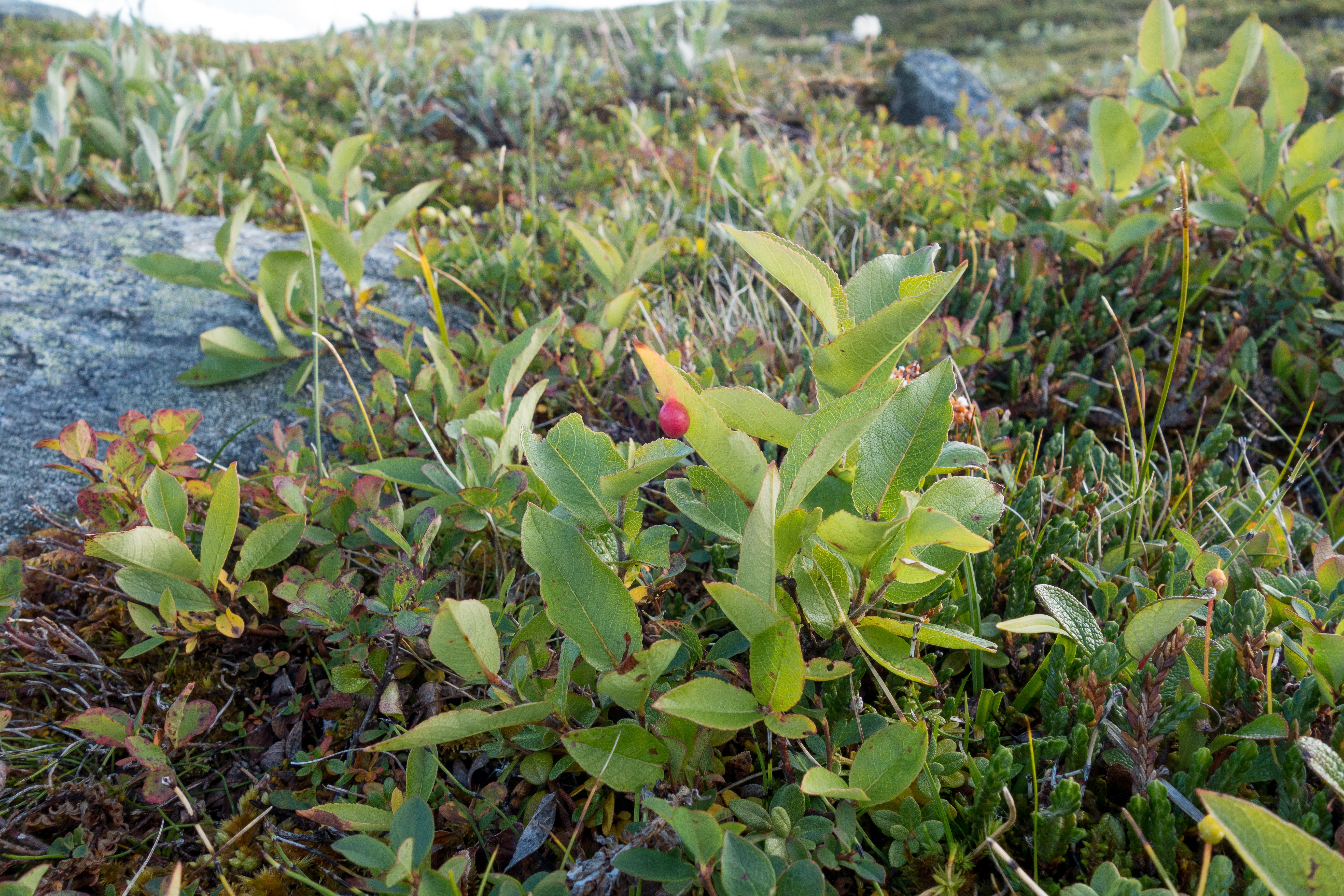 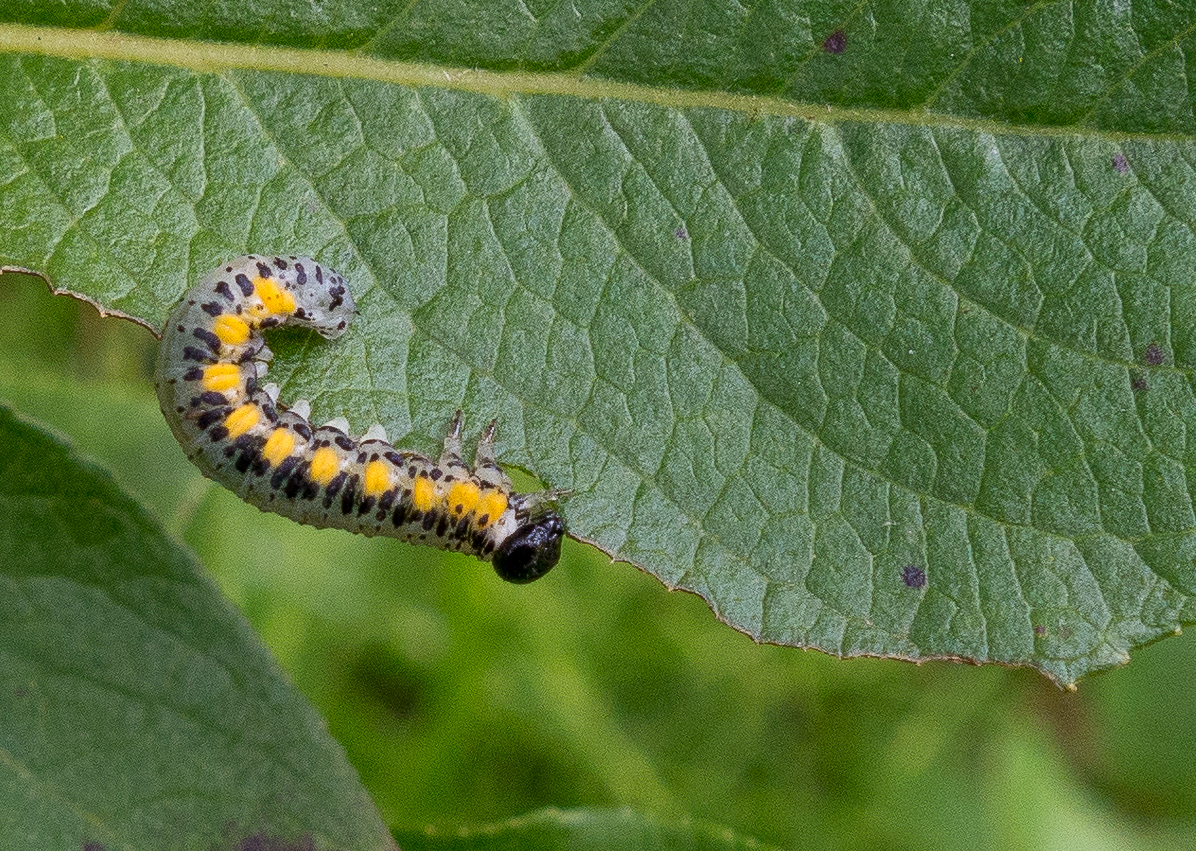 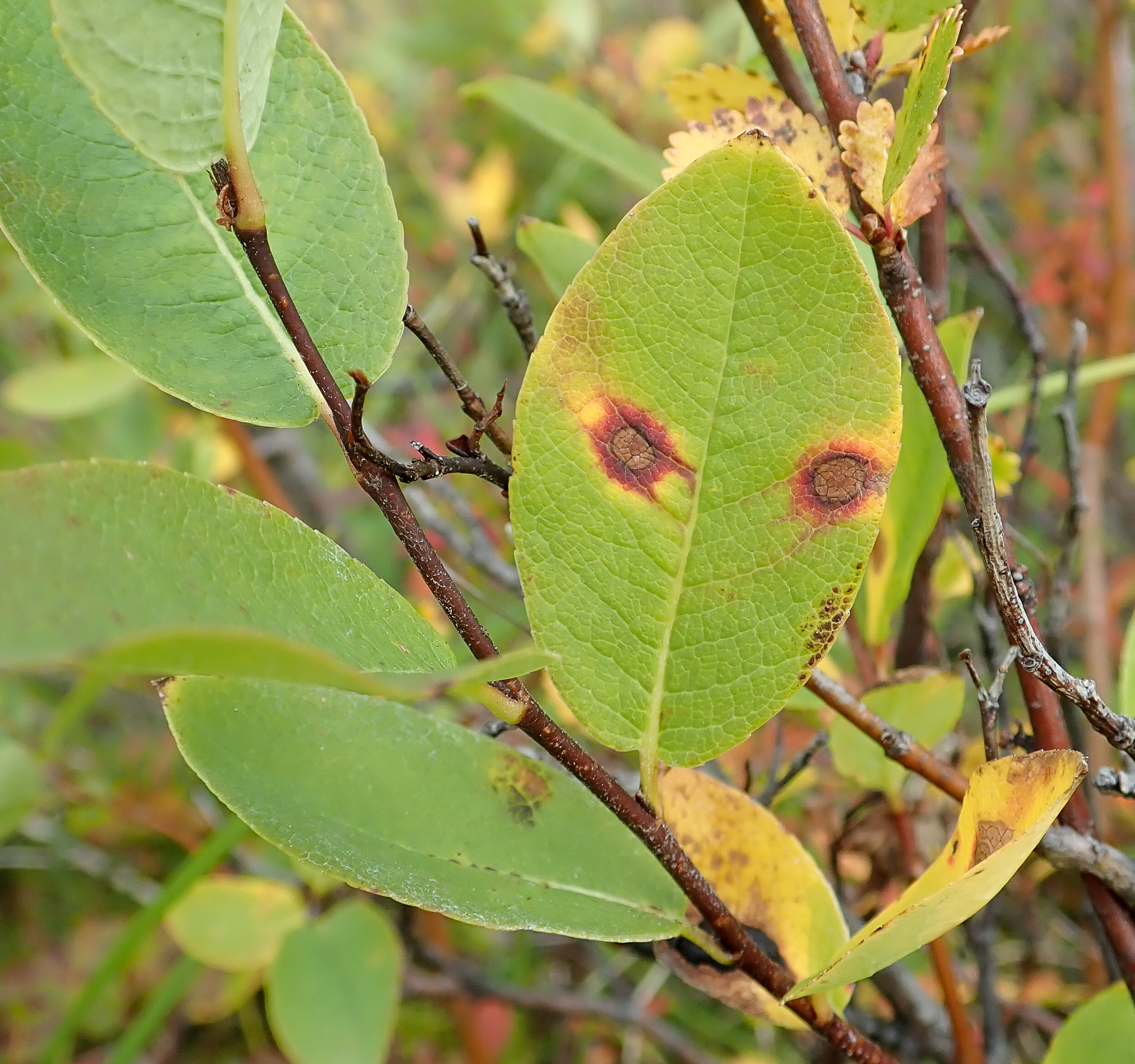 S. hastata is ecologically one of the most versatile Salix species, and is found in forests, wetland areas, and fjells. While the plants are usually small or medium-sized shrubs, the species can grow as a carpet on nutrient-rich soils above the treeline. On poorer sites on high elevations, individual plants can be very small and have leaves that are less than two centimeters in length. S. hastata tolerates browsing and pruning well, and is therefore often very abundant along road verges and ditches in the north.

S. hastata supports a diverse community of external-feeding sawflies, beetles, and moths, as well as gall-inducing sawflies and midges. The pollinator community includes many dipteran taxa, but also wasps and bumblebees frequent flowers of both sexes. Systematic studies on the structure and richness of herbivore and pollinator communities associated with S. hastata are, however, lacking.